North Korea is one of the most secretive countries in the world for a variety of reasons. Certainly the country would like its citizens to feel as though it is much stronger and more important in the world’s place than it really is. The country’s leaders also have an awful lot of vanity playing into the situation and the country doesn’t want to the rest of the world to see. The country puts rules on what people can take pictures of, as a way of making sure that those pics don’t actually get out into the public. There was one photographer who was able to get into the country and out, and he took a number of photos that show us what North Korea is really like.

Notice Anything Odd About This Picture? 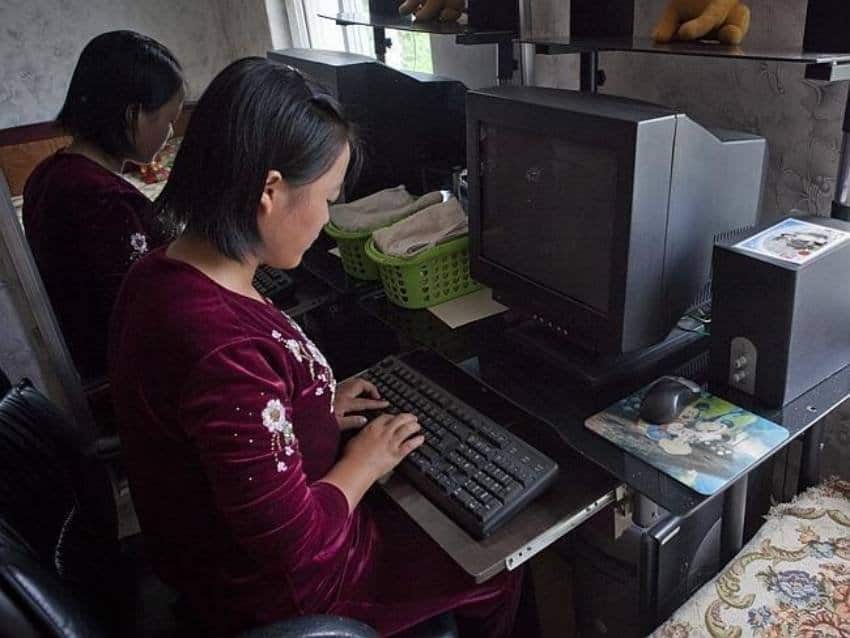 While North Korean authorities love to have people take pictures of people using devices like computers, they get angry once it becomes obvious the picture shows there isn’t any electricity. 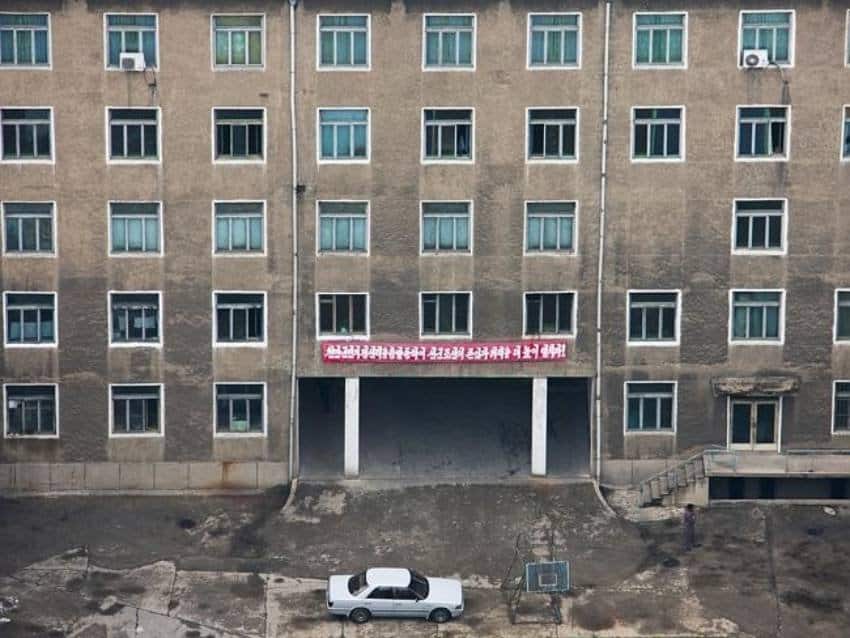 While North Korea carefully maintains the outer parts of buildings in Pyongang, they often have to leave the inside barren and desolate because they just don’t have a ton of money. 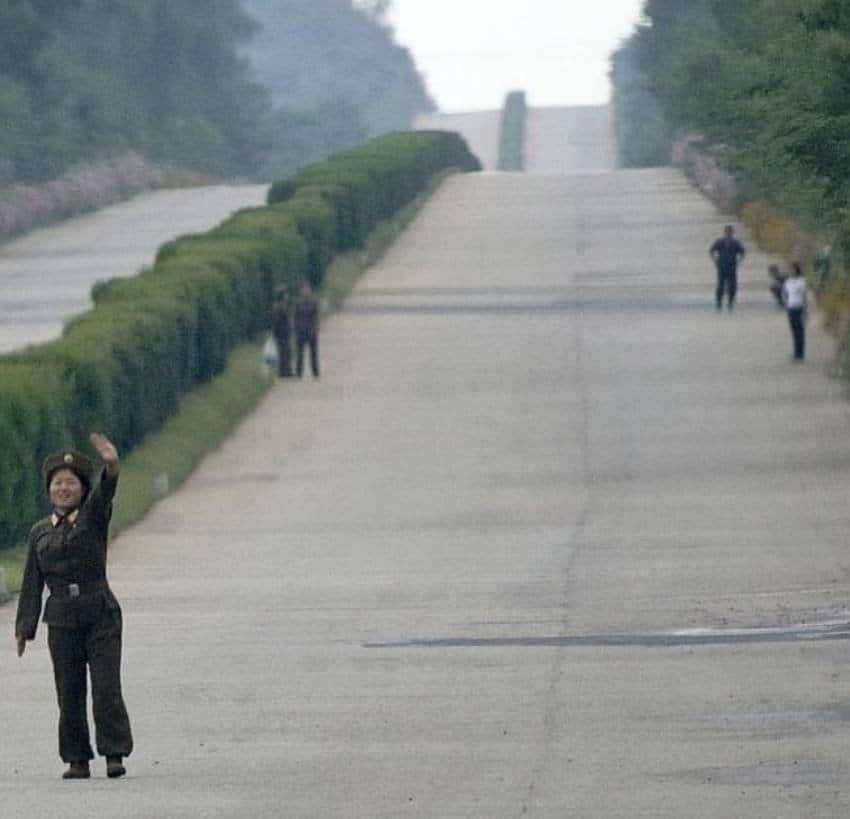 Public transit in North Korea leaves a lot to be desired. Even for some of the most important people in the country like the military, it can be hard to get from one place to another. This picture shows a soldier having to hitchhike. That’s a fairly common occurrence in the country. 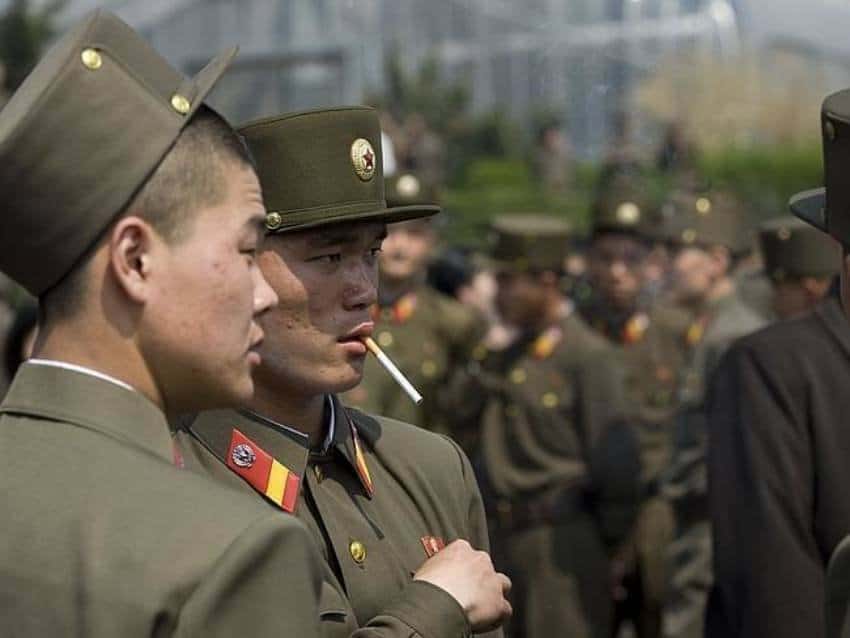 While this seems like a harmless photo, it’s illegal in North Korea to take pictures of soldiers relaxing. Apparently this humanizes them too much.

Soldiers Who Are Malnourished 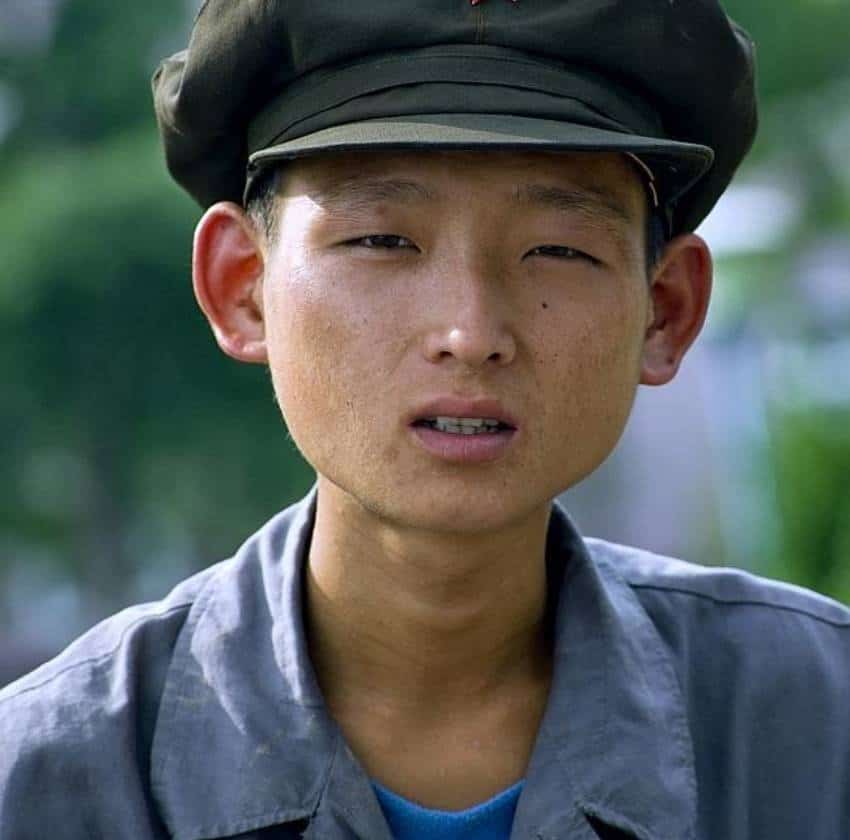 Soldiers relaxing is one taboo when it comes to photos. Taking a picture of a soldier who is obviously underfed and malnourished is another act that is heavily banned. 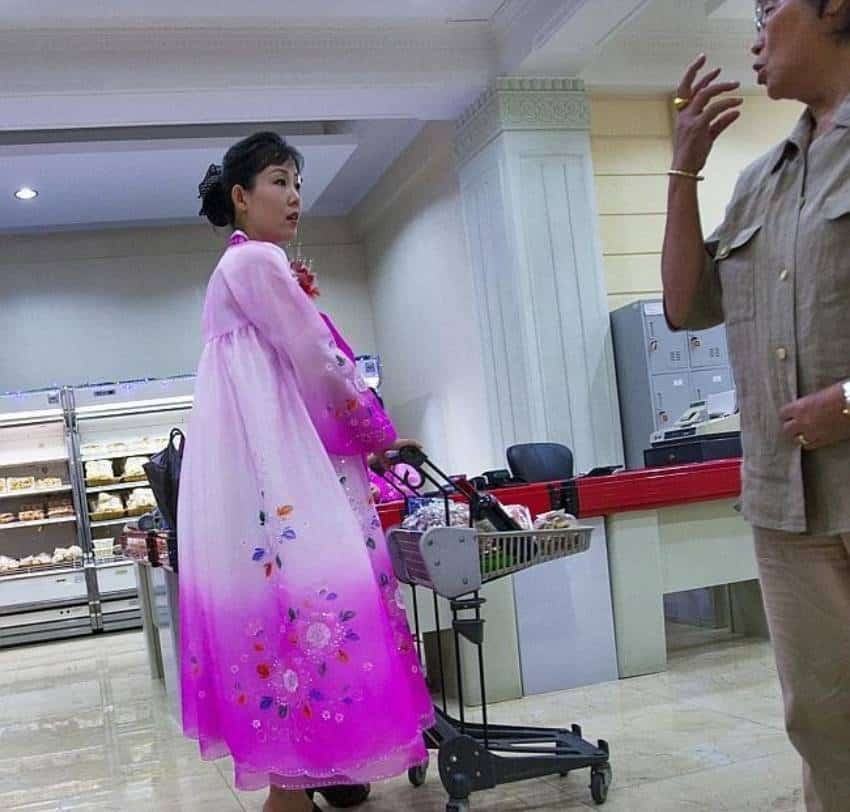 For the very privileged in North Korea, there are grocery stores that offer all kinds of delights. These pictures are banned because the government doesn’t want people to see the division in classes. 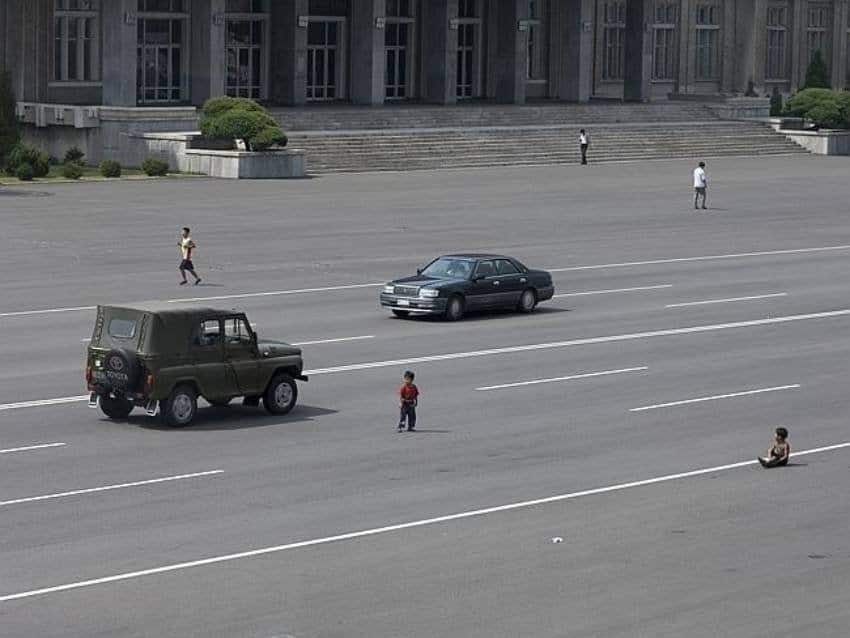 While cars are gaining more popularity in North Korea, they still aren’t all that common. This picture shows kids playing in the streets because it’s still not common to see cars using them.

Queing For the Bus 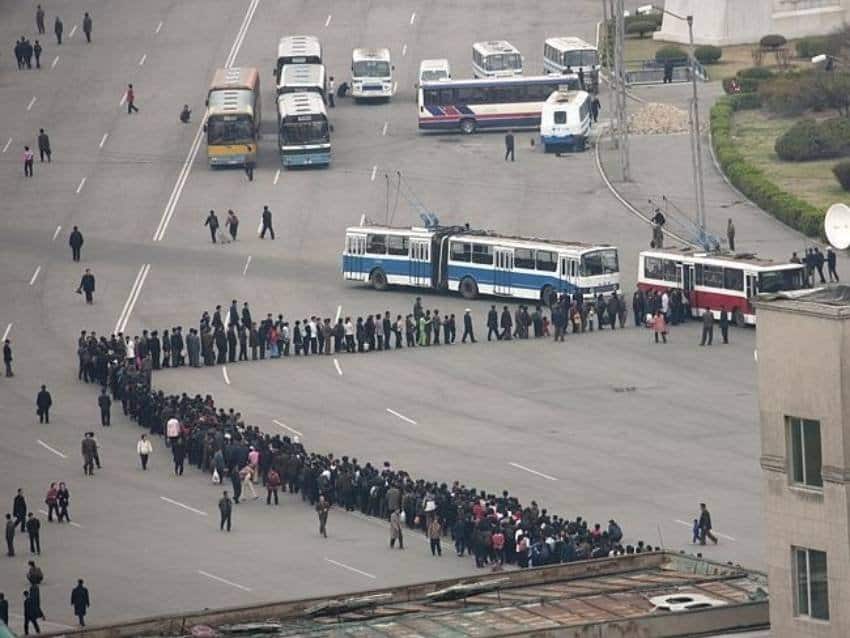 This picture shows what has become a national past time in North Korea. These people are all queuing for the bus, something they have to do every day, then wait and wait until a bus shows up and can take them.

This is What Happens When The Bus Breaks Down 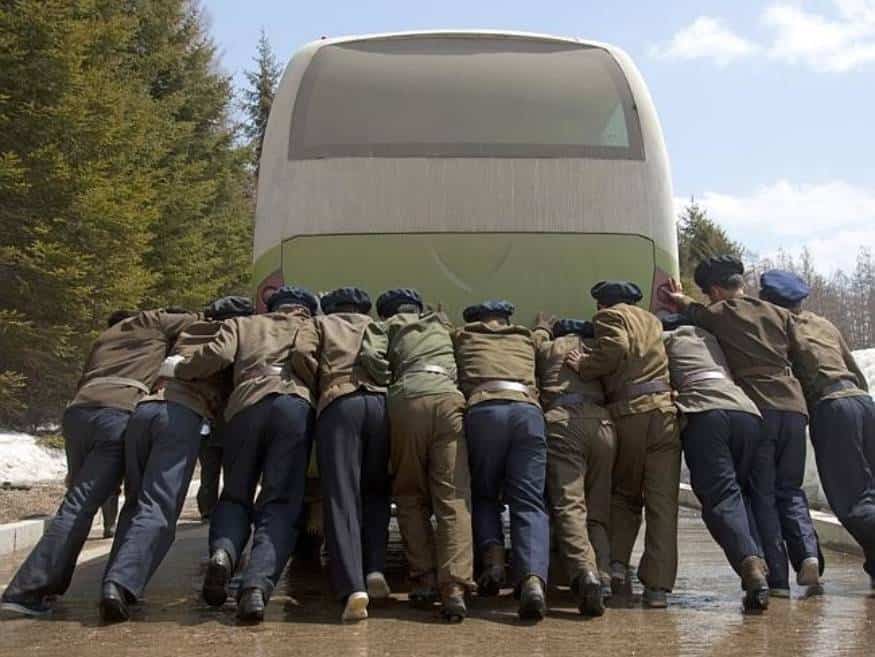 This is something that North Korea doesn’t want us to see because it shows how poorly the buses run. When they do break down, all the people who were waiting in line to get on need to get out and push. 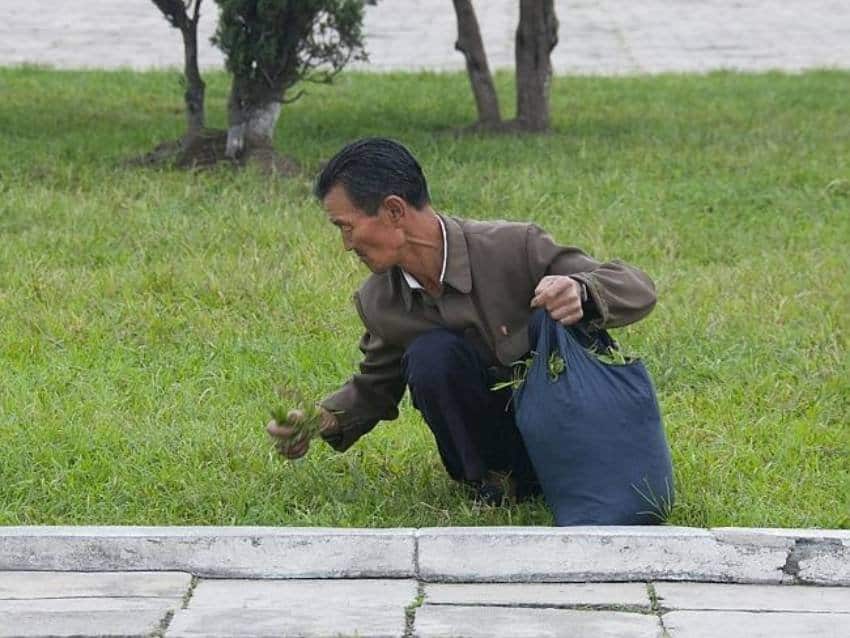 This kind of activity is apparently quite common. Hungry North Koreans will actually go to public parks and pick bags of grass in order to use it as food.