The beauty of art stems from the fact that it comes in all shapes, sizes and mediums. Artists around the world love exploring the various dimensions that make art unique and play within these dimensions successfully. Whether you love painting massive murals along the side of buildings or creating art on a grain of rice, art can be still be moving and captivating. Tiny art is a new phenomenon that is gaining attention around the world. This list contains 10 awesome examples of really tiny art. 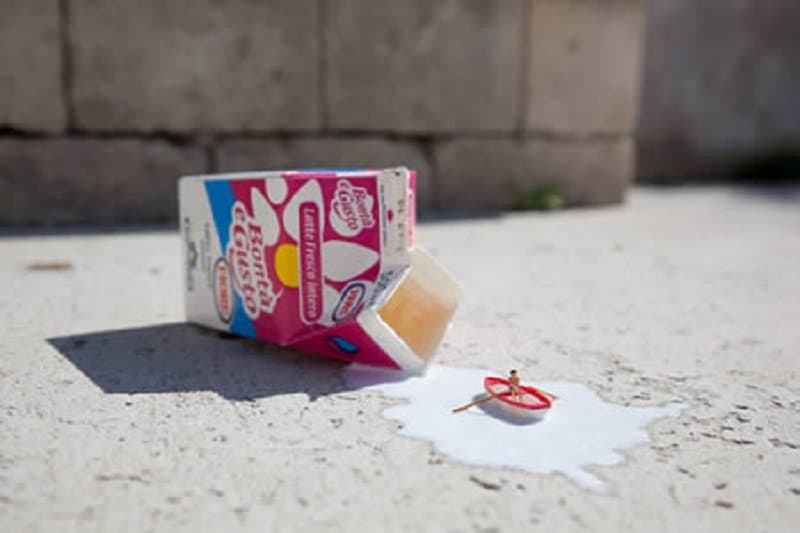 This great project was started by street artist Slinkachu and is called ‘Little people’. It can be seen all over London and involves using little people in various situations. This particular piece was spotted in the Fame Festival in Italy. 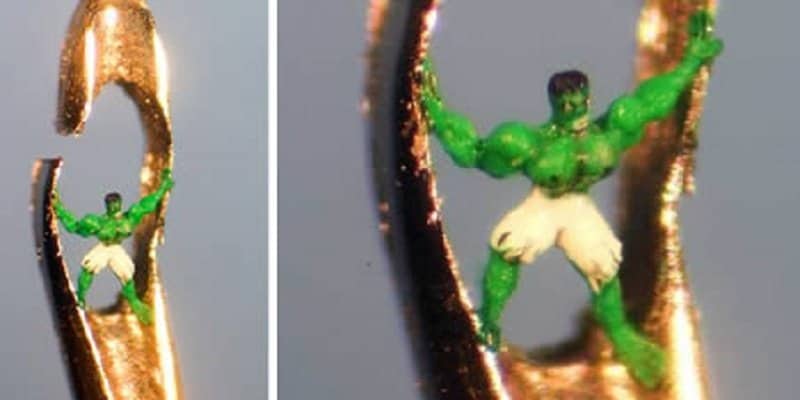 This is another popular piece by Willard Wigan. You can see his love for pop-culture in this one as the mighty hulk looks like he is tearing down a helpless needle. 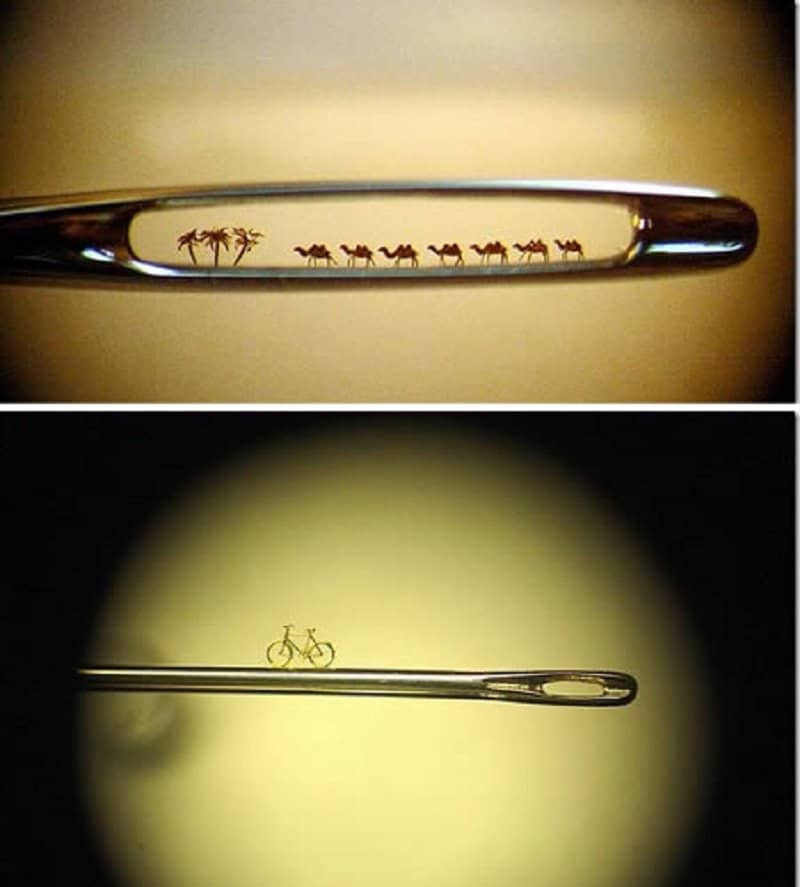 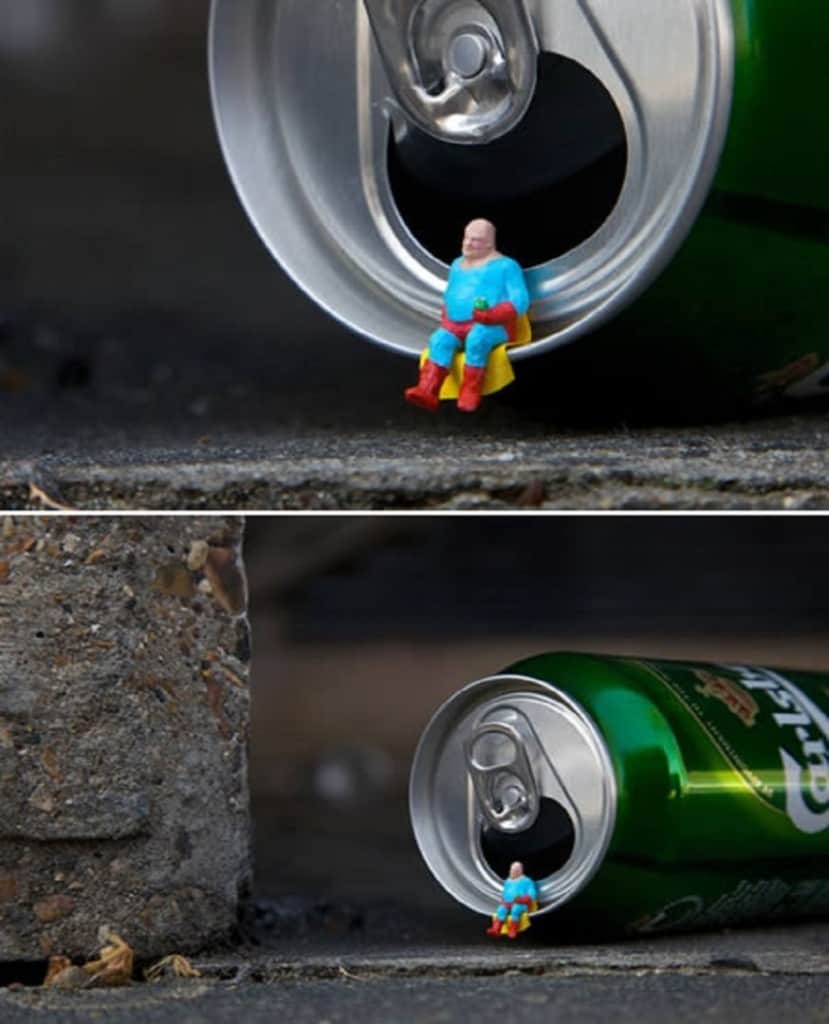 This is another installment of the popular tiny art series ‘Little people’. This particular piece has been titled ‘overpowered’. 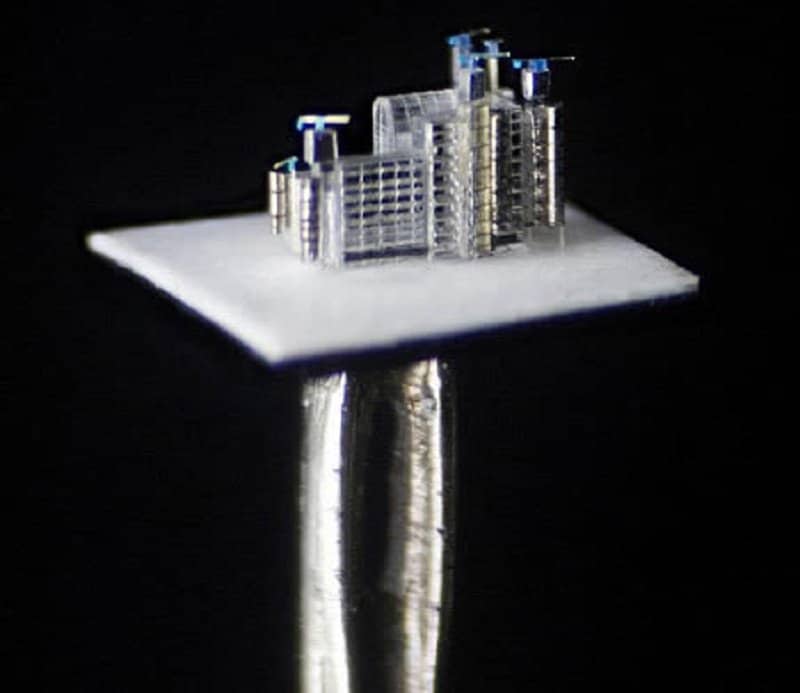 This replica of the Lloyd’s London building was created by artist Willard Wigan and was auctioned off for a staggering £94,000. The replica actually fits on top of a pin-head and was crafted using white gold and platinum. Willard took over four months to painstakingly create this work of art. 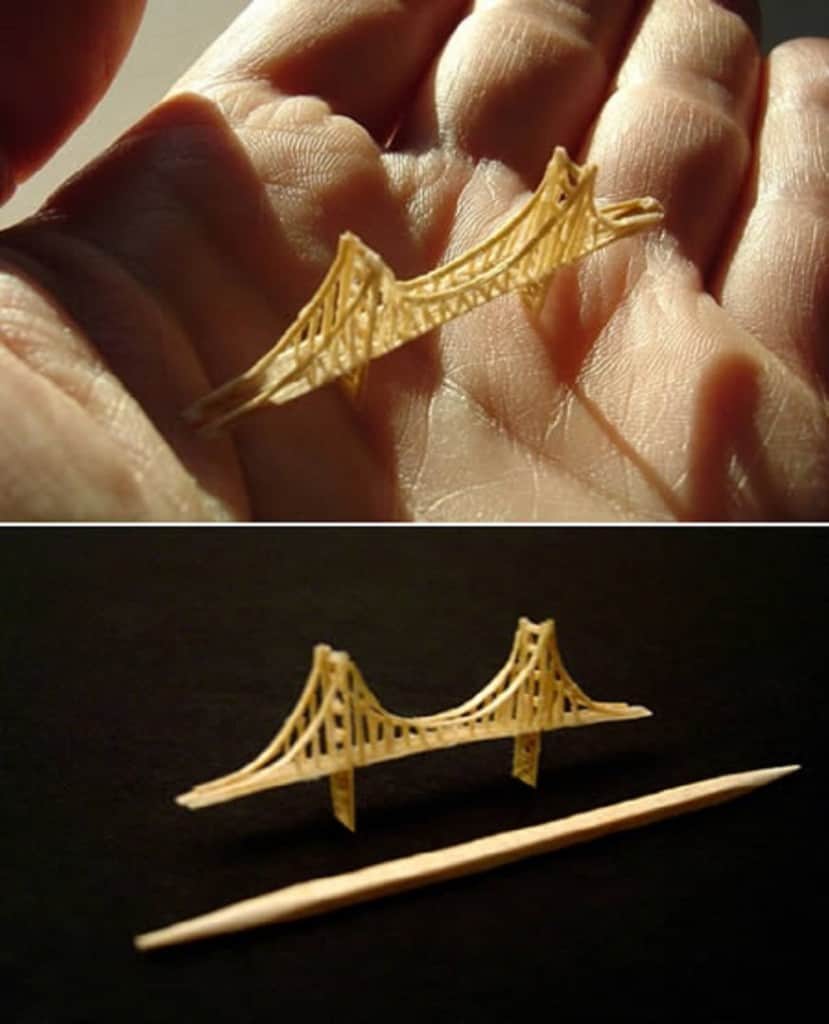 Steven Backman has created his own unique tiny art form by using toothpicks to create masterful pieces. The above image features his version of the Golden Gate bridge. It measures 1 7/8 inches in length, 1/8 inches in width and 3/4 inches in height. It was made using just one toothpick and some glue. 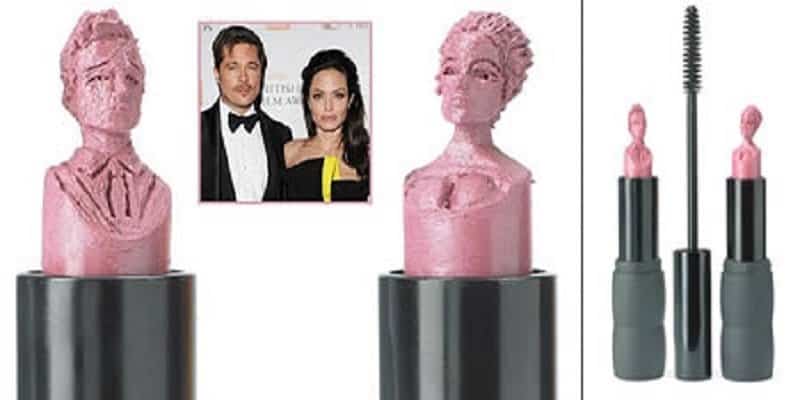 Willard Wigan was hired by Feel Unique, an online cosmetics brand in order to create the first lipstick sculptures of Angelina Jolie and Brad Pitt. Apparently it took Wigan 50 hours to make these sculptures which measure only 4 mm by 9 mm. 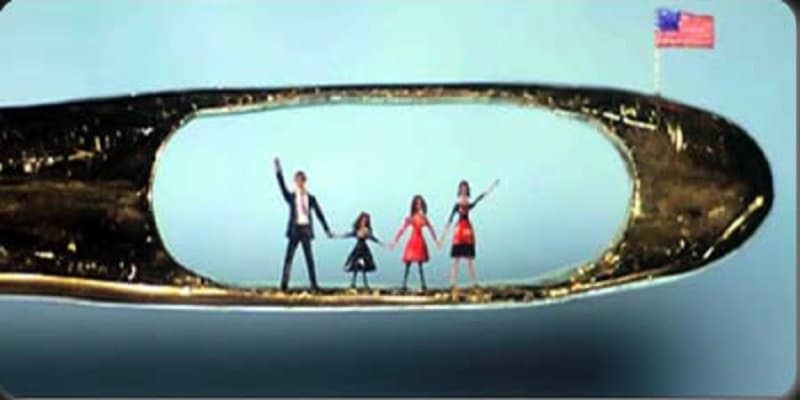 Willard Wigan is an artist who has garnered great fame by creating some of the smallest sculptures in the world. He recently created a tribute for the Obama family by creating a nearly microscopic version of them. There is a lot of power in those little hands. 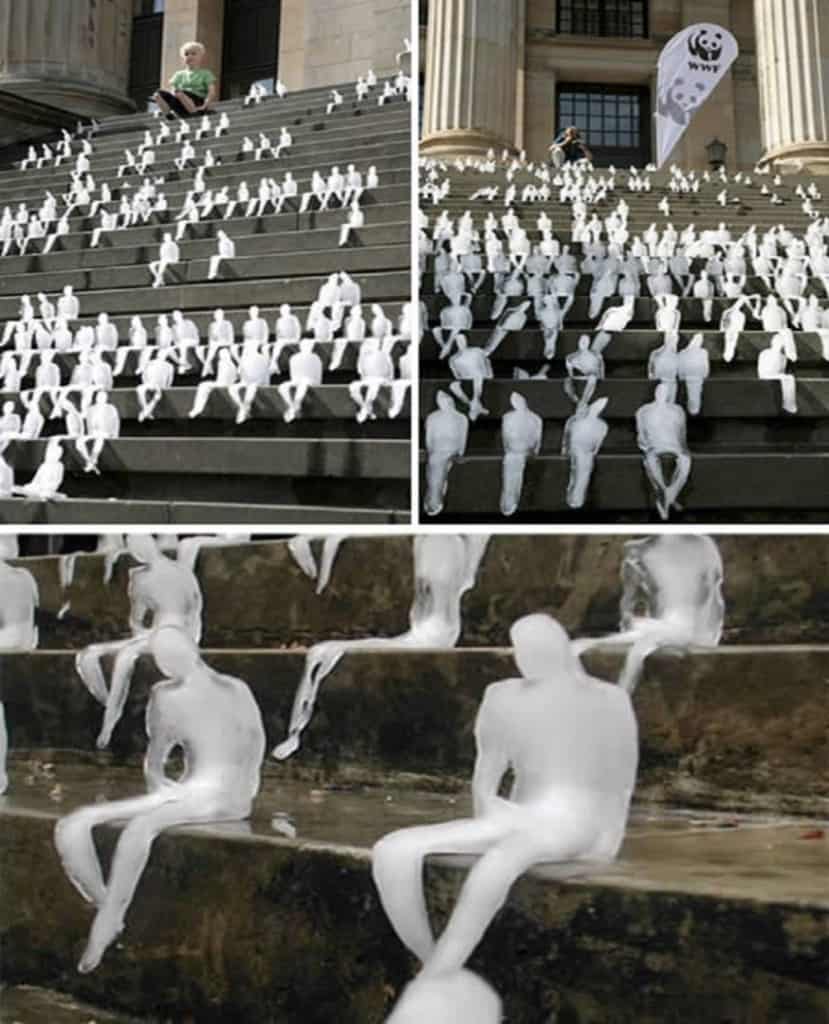 This unique work of art was created by Nele Azevedo for WWF. It involves crafting hundreds of miniature ice figures and leaving these figures on the steps of a popular building and watching them slowly melt under the excessive heat. The message in this piece of art is pretty clear and so is the talent of the artist involved.

Smallest Statue In The World 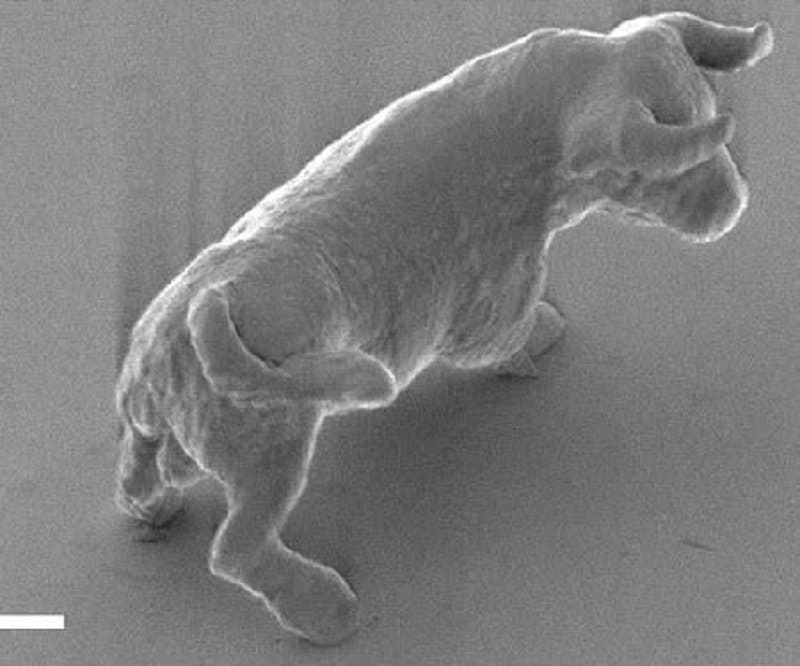 This three-dimensional bull is the smallest statue ever made. It is only the size of a red blood cell and was etched in plastic by a team of Japanese engineers. The bull measures only 10 micrometers by seven micrometers and is truly a work of wonder that not many people will be able to see.