These 8 Tiny Pieces Of Origami Can Fit On A Coin

Works of art can come in many forms; from paintings to sculptures to literature and even origami, the art of folding paper to create shapes. Most of us are aware that origami has its origins in China, but did you know that Japan and even Europe began folding paper as a pastime in their own separate traditions in the 17th and 18th Century? There you go, that’s your history lesson for the day.

Presented to you are eight tiny pieces of origami that are so small, they can fit quite comfortably on a coin. How were these made? With a combination of toothpicks, tweezers and a very steady hand. 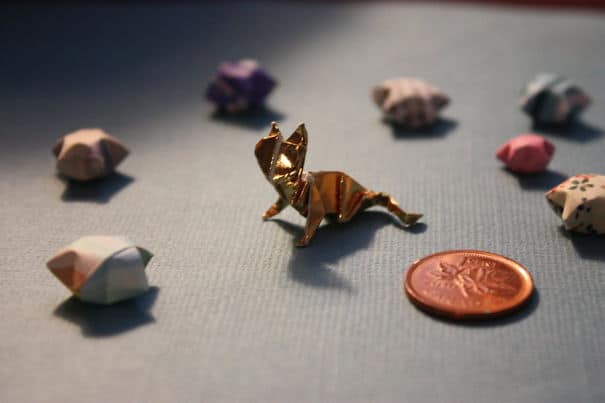 Can you imagine having a pet cat this small? Felines are hard to catch as they are so having one as tiny as this would just be a nightmare. Cans of Whiskas food would stretch quite far though. 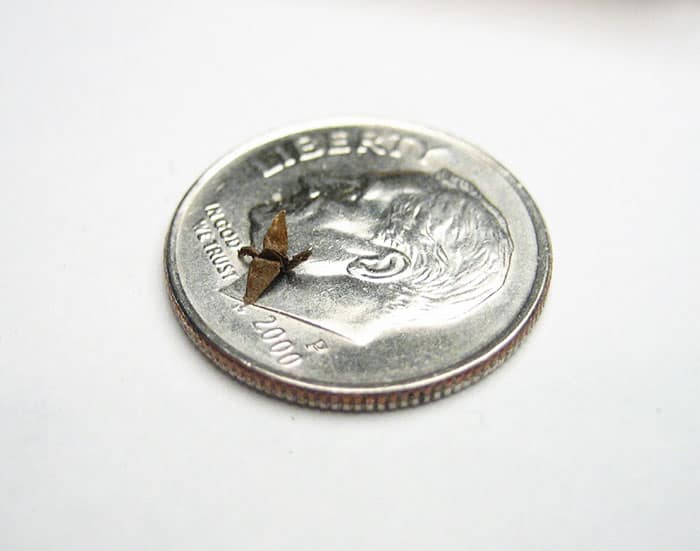 You wouldn’t even be able to see this one if it weren’t for the zoomed in, high-quality image. This long-necked bird must have required so much patience to fold, even with tweezers and toothpicks. 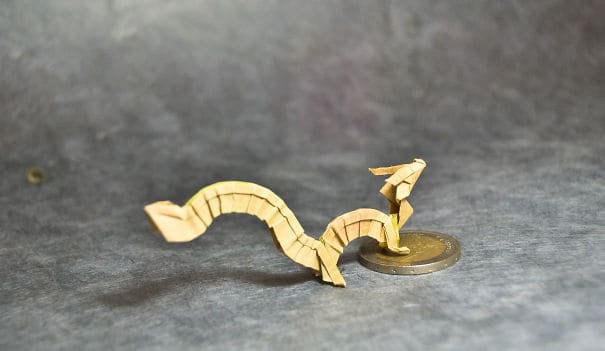 Of course we can’t talk about an ancient Chinese form of art without mentioning dragons. They even feature as origami figures. 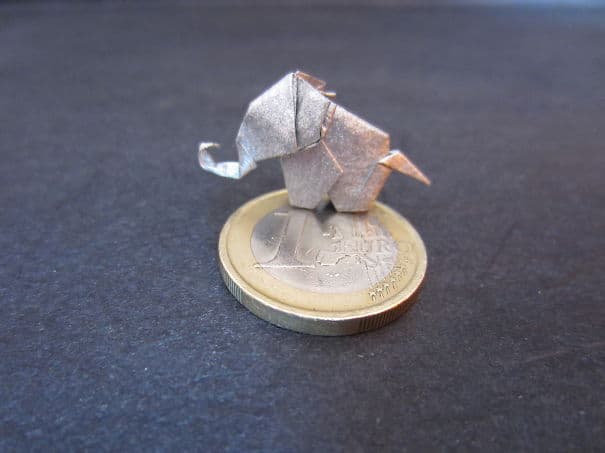 Does anyone else see the irony (we said irony, not “ivory”…) in one of the world’s largest land animals being folded small enough to be able to sit on a one Euro coin?

What we love about this one is there actually is a frog that exists in the world which is this size. 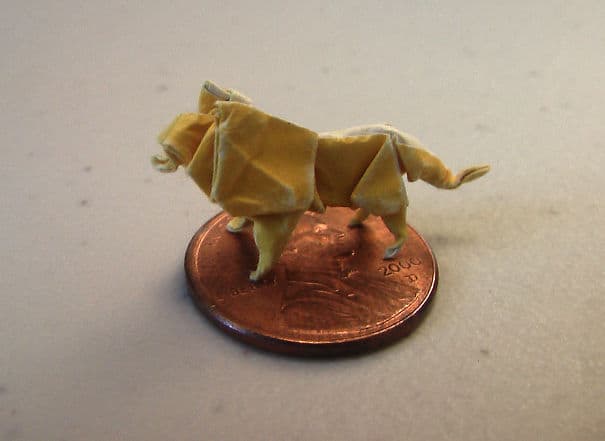 Even at this scale, the lion still looks majestic and proud in that pose. 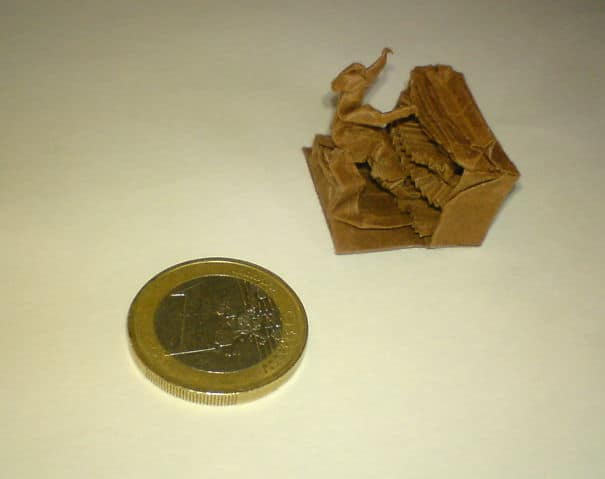 Of course it’s not just wild animals that are ripe for origami prowess. Here we see an organ player (you can see their left hand is reaching up) in mid-recital. 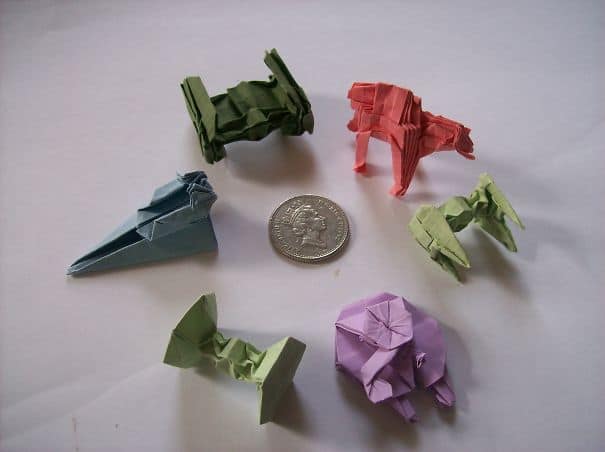 By far our favorite one of the whole lot. There is literally no medium that Star Wars hasn’t be reinterpreted by. We love the fact the artist has chosen to do more than one spaceship.