These 20 Recolored Historical Photos Will Blow You Away

Color photography wasn’t invented until the 1970’s, and thus the photos before that were all black and white. Due to the black and white photography from the time before colored photography, we often think of those times being boring, somber or sad. Today’s modern technology enables us to recolor B&W photos from the past — because of this, we find out that the past is not really as boring and somber as we think it was. ‘Colorizing’ the old photos gives us a real glimpse of how things really looked like back in the days. The results will completely blow you away! Let’s take a trip back in time and look through these 20 wonderful photos from the historical past in full color. 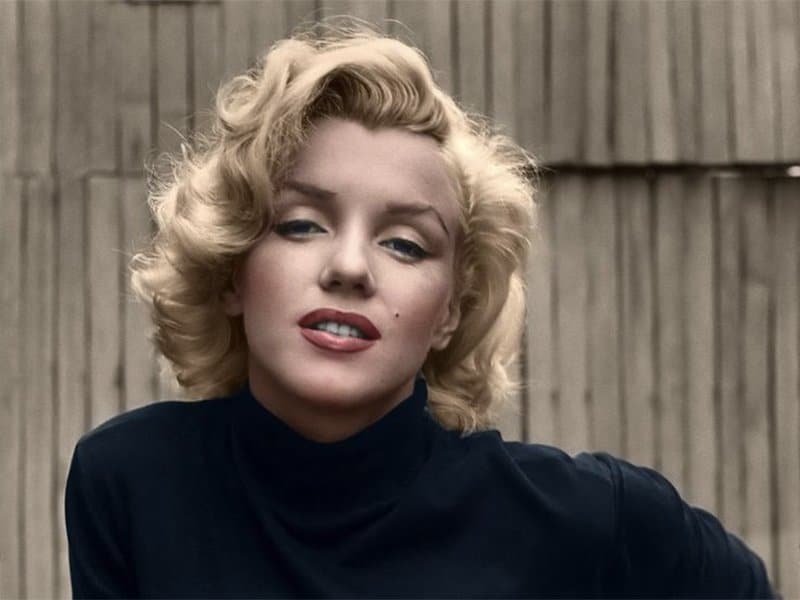 Let’s start this list by appreciating the beauty of the sultry Marilyn Monroe in full color. No wonder she was considered as the most beautiful girl in the world… she’s simply beautiful, seductive and sexy. 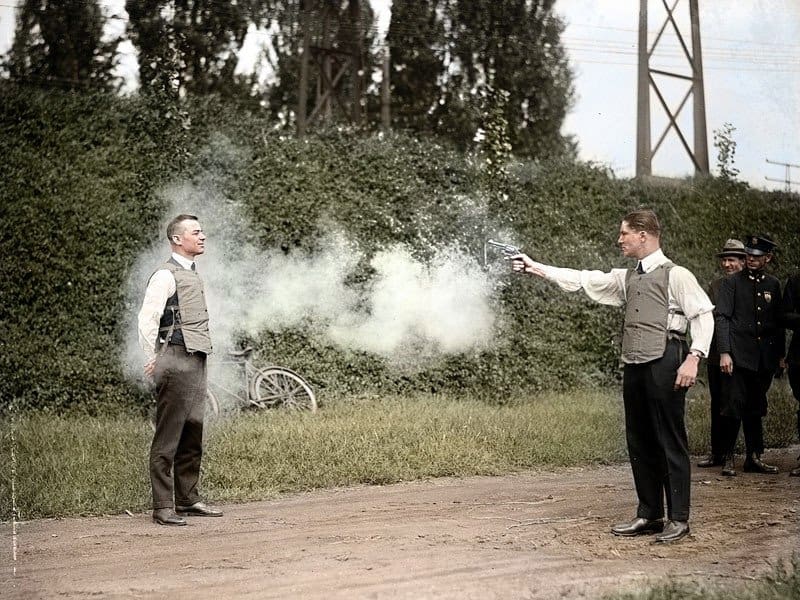 In this photo taken on 1923, W.H. Murphy tests out the bulletproof vest. Good thing it successfully worked or else we would have seen a more gory photograph.

Louis Armstrong and Wife in Egypt, 1961 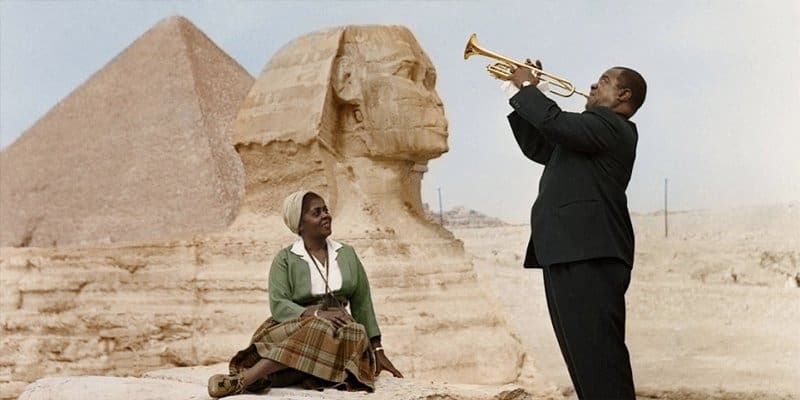 The talented Louis Armstrong plays for his wife at the most magnificent backdrop: by the Pyramids of Giza in Cairo, Egypt. 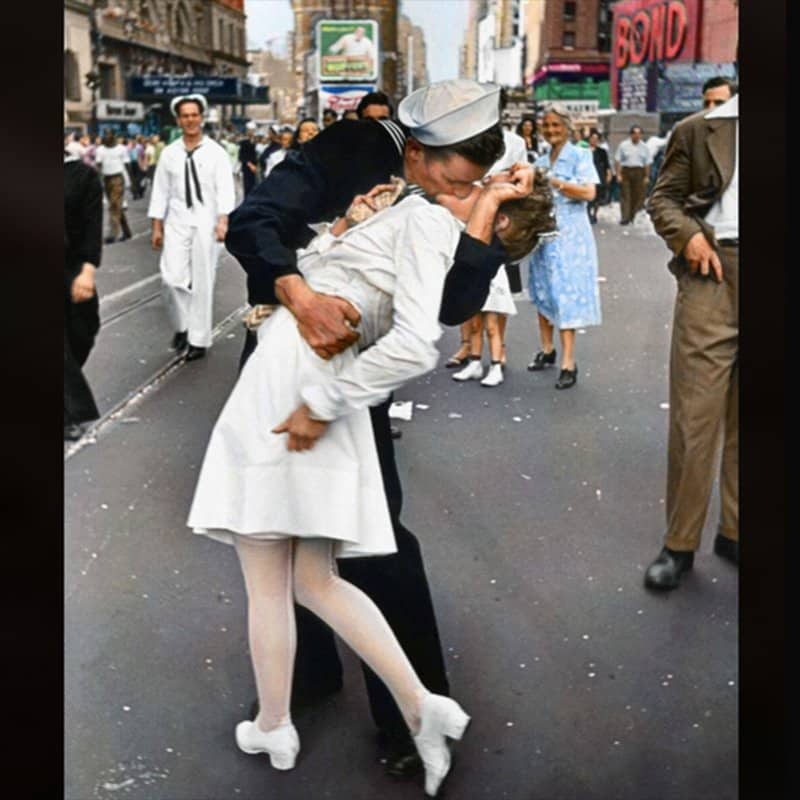 The colorized photo revisits Alfred Eisenstaedt’s most famous photograph, the V-J Kiss in Time Square. The photo was taken 70 years ago and features a sailor and a nurse smooching on V-J Day in August 1945. It has become one of the most famous photographs of the century. People tried to determine the mystery of the real identities of the couple, and it was later found out that the two have never really met and just ‘kissed’ in spur of the moment!

Haircuts In Between Missions, 1942 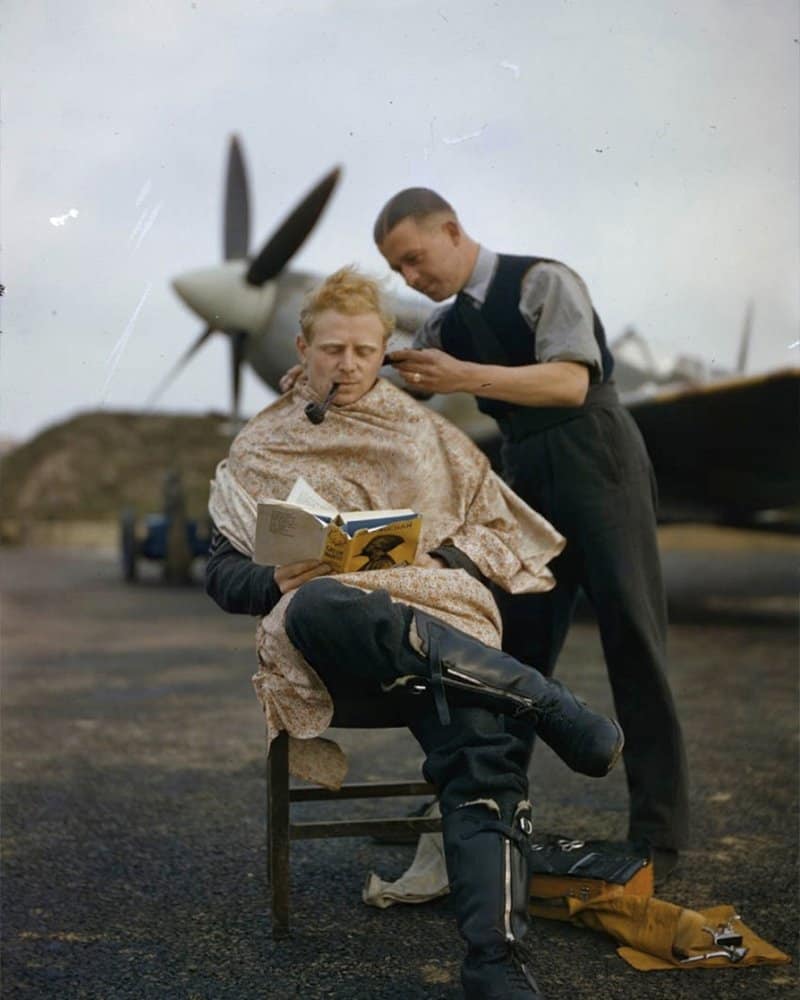 RAF pilot gets a haircut by the appointed barber whilst reading a book during a break in between missions during WWII. 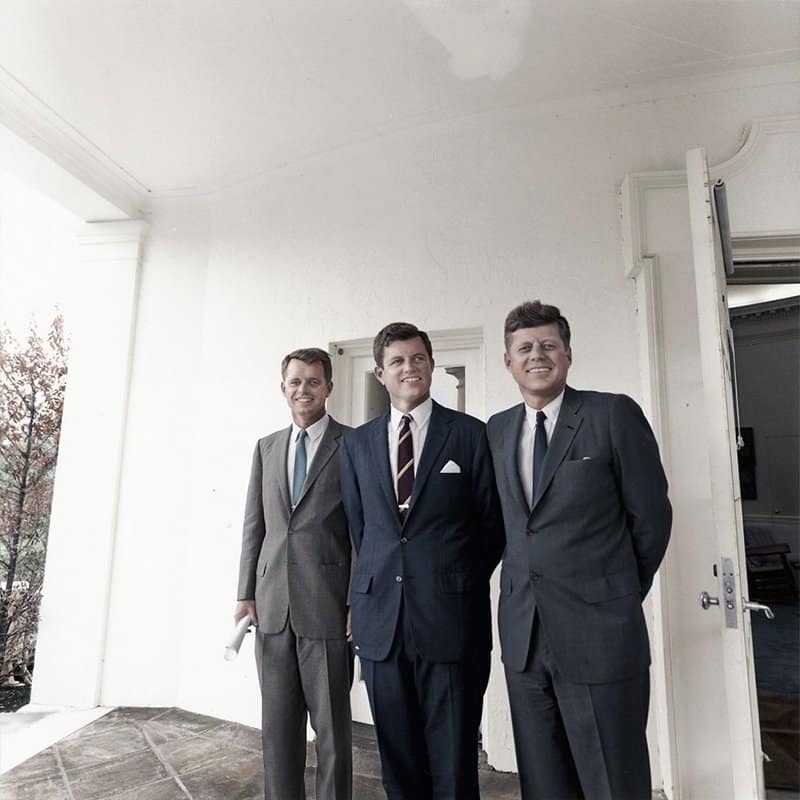 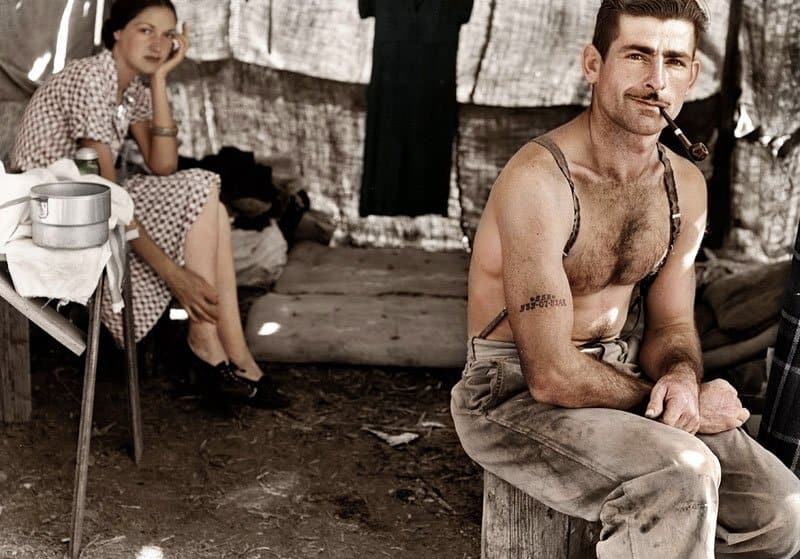 This photo, circa 1939, features a handsome, unemployed lumber worker named Thomas Cave with his wife at the back. Notice the tattoo on his arm? In the 1930’s, it was a fad for Americans to tattoo their social numbers back then, as the SSN was still a very new thing back in the day. Cave was 27 when this photo was taken. 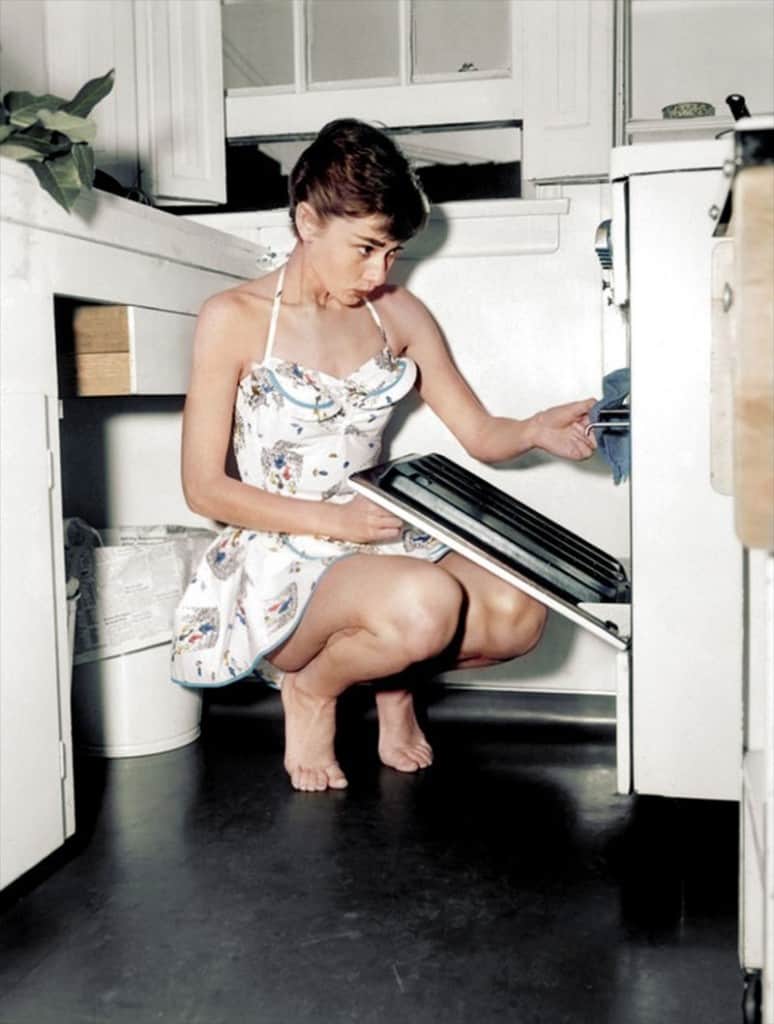 There is no other classical beauty than the talented Audrey Hepburn. She is graceful, lithe with a great sense of style. It is amazing how this photo is more than 70 years old but many girls would still die to have that dress and look. 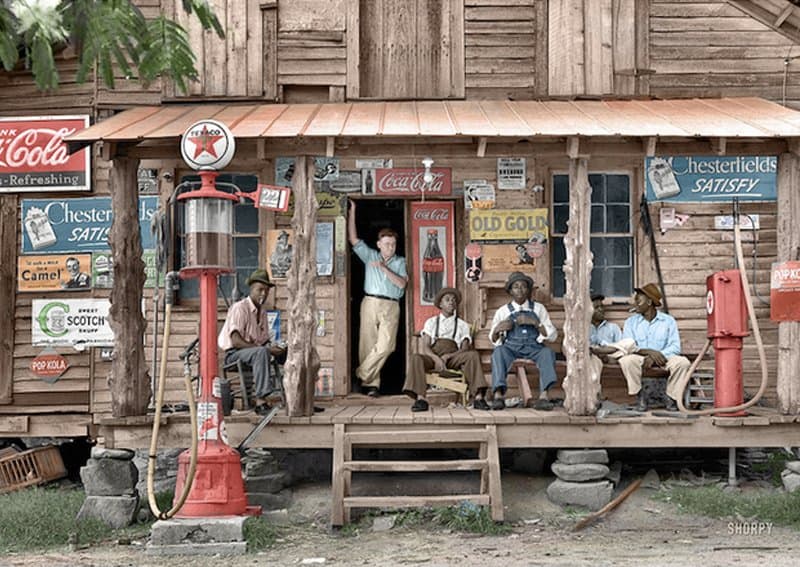 This photo is taken on July 1939 in Gordonton, North Carolina. It’s a country store with a gas pump on the left and kerosene pump on the right. 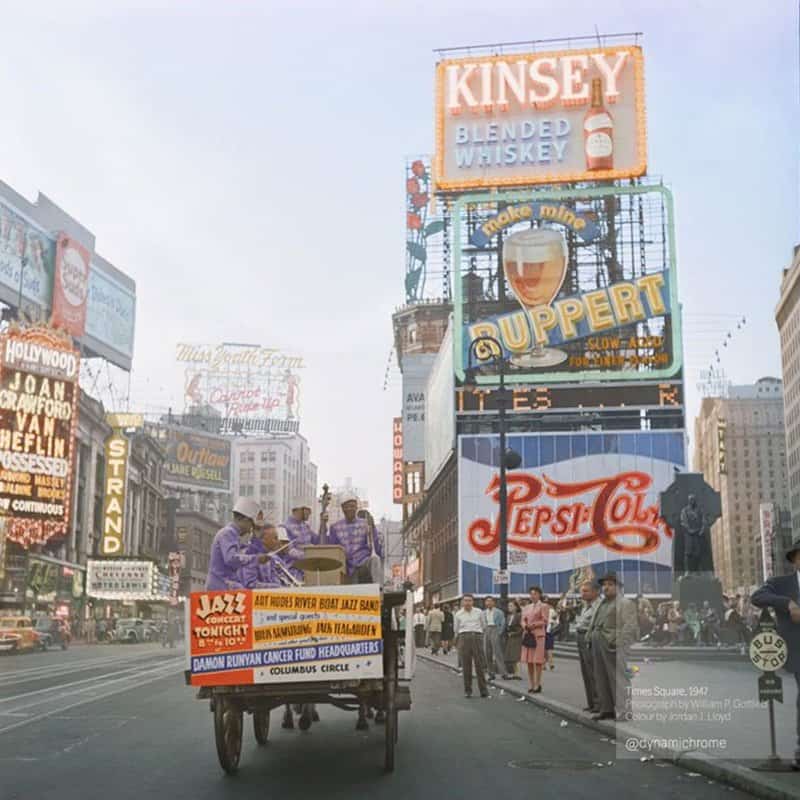 Nostalgic photo of Times Square, New York, the black and photo originally taken in 1947. So much has changed since then! 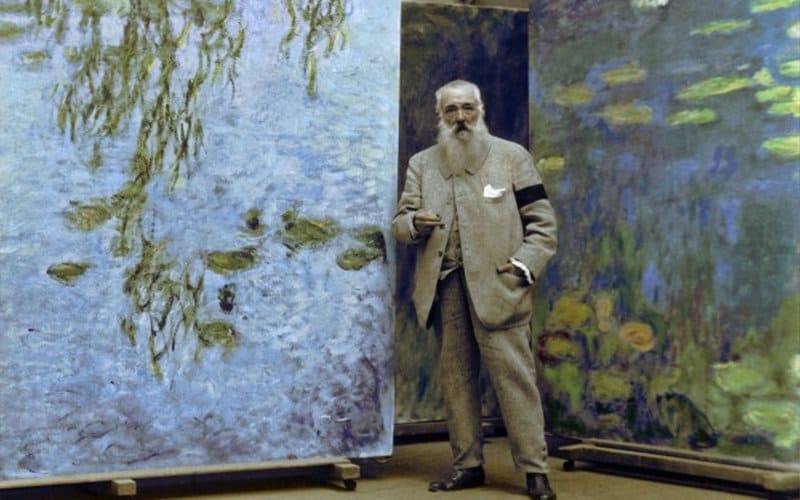 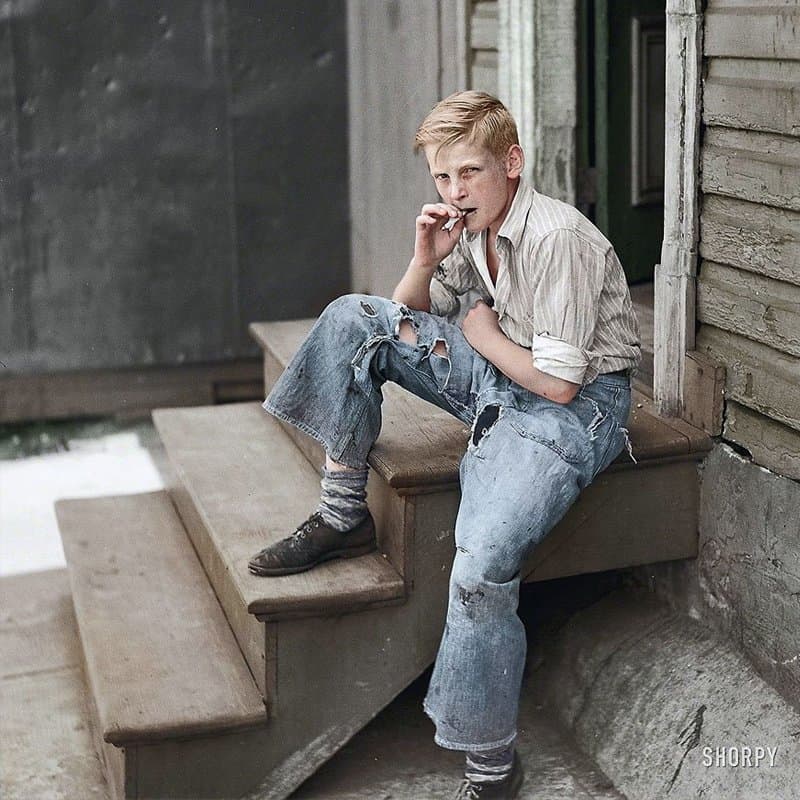 In July 1938, a photographer took a shot of a young boy having a cigarette in the Baltimore slum area. 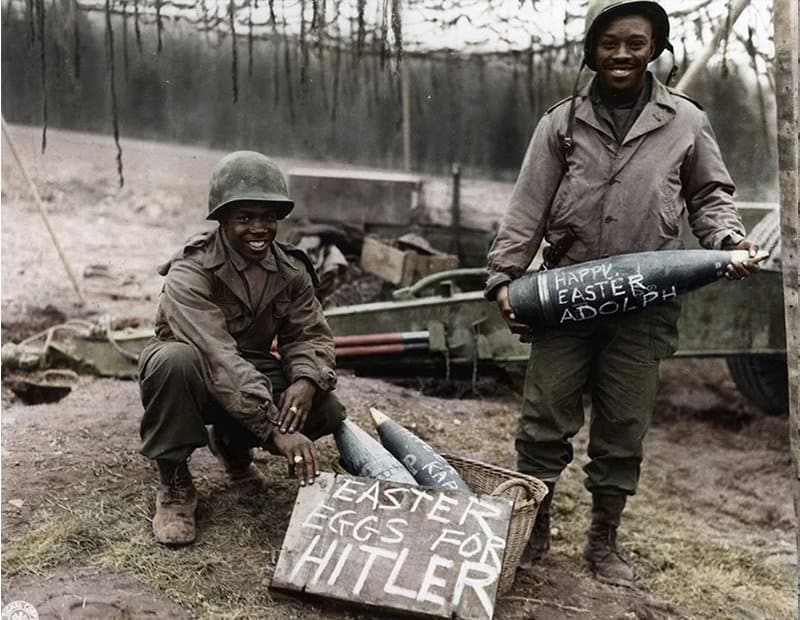 During WW2, this photograph was taken of two African-American soldiers posing with Easter presents for Hitler. 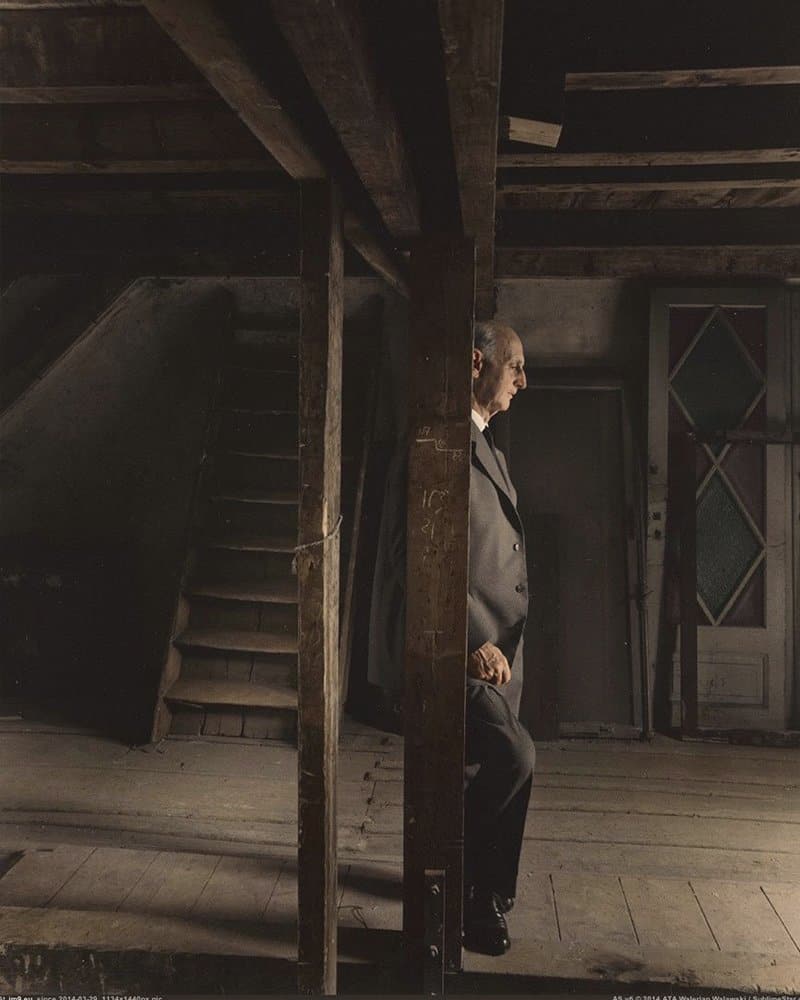 This powerful photo taken in 1960 is poignant and remarkable, showing Otto Frank, the father of famous diarist Anne Frank. Otto Frank is the only surviving member of the family and revisited the attic they spent during WW2.

Construction of the Golden Gate Bridge, 1935 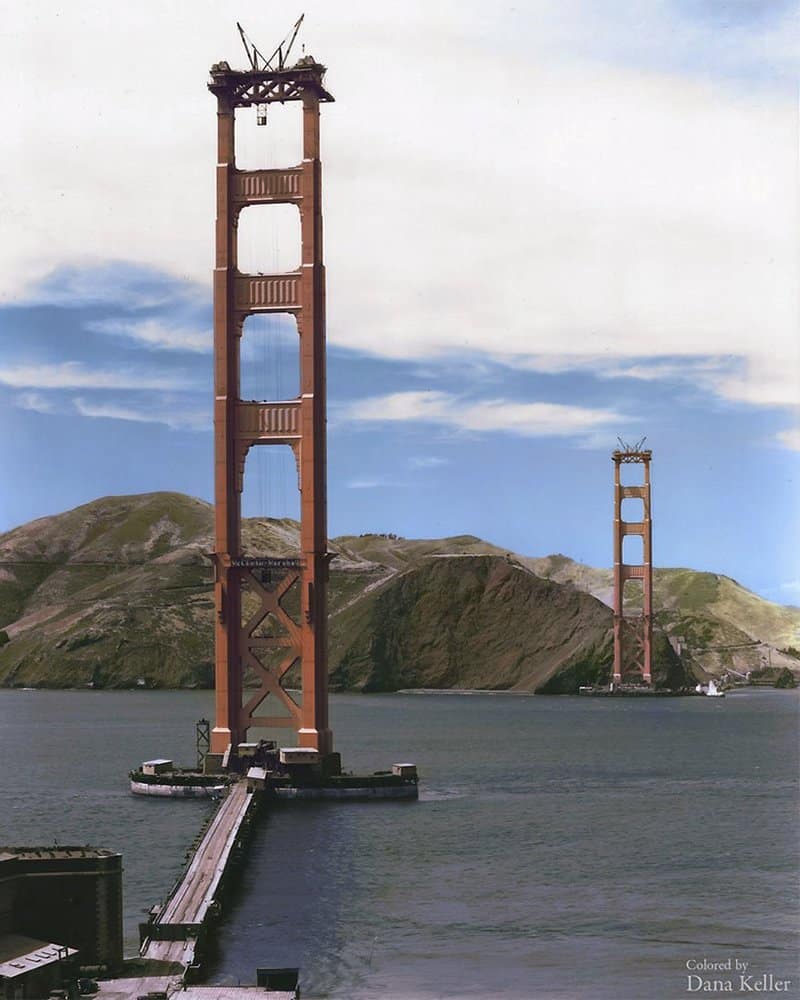 This photo colorized by Dana Keller marks an important part of California history, immortalizing on print the construction of the Golden Gate Bridge in San Francisco, 1935. 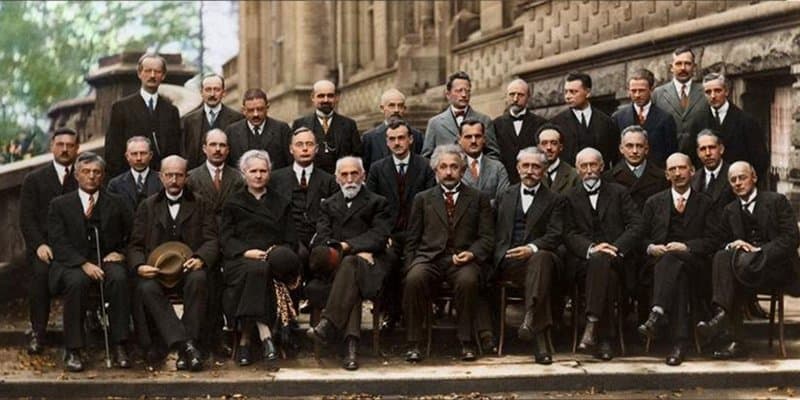 This photo features some of the world’s greatest physicists in one single photo: Marie Curie, Neils Bohr, Auguste Piccard, and of course, Albert Einstein in the middle. This was taken on the Solvay Conference in 1927. 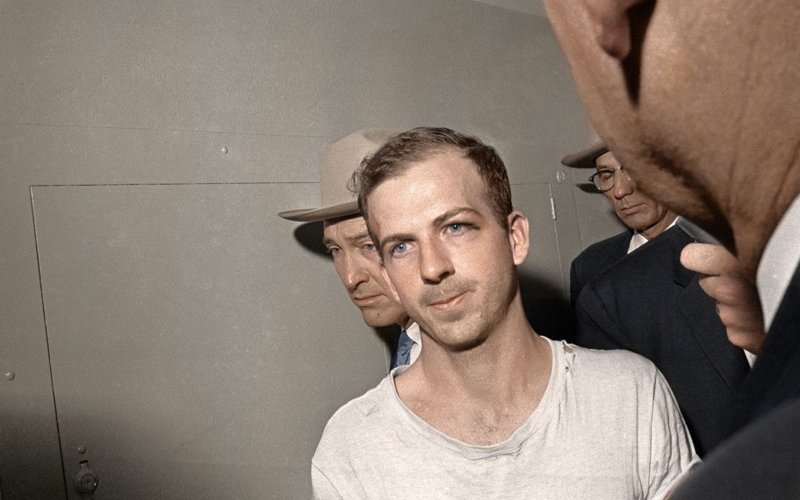 Lee Harvey Oswald is shown in the photo with steely blue eyes and unrepentant smirk before being transported for questioning for his trial for the assassination of President John F. Kennedy. 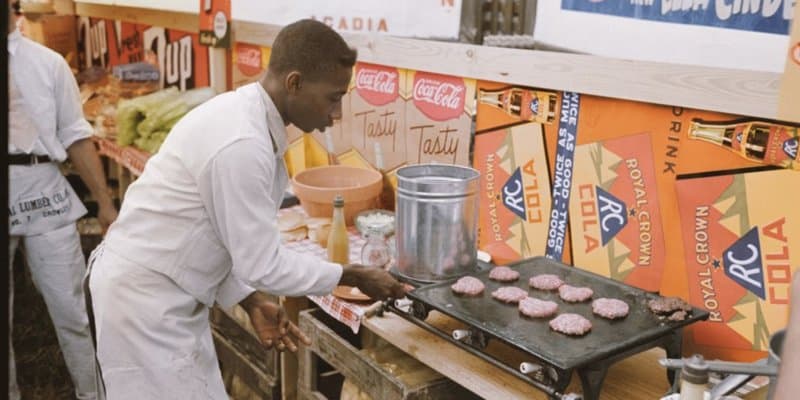 The photo is colorized by Jordan J. Lloyd and was originally taken in 1938. Fast forward 8 decades later, not much has changed about burger flippin’ — and America’s love for hamburgers! 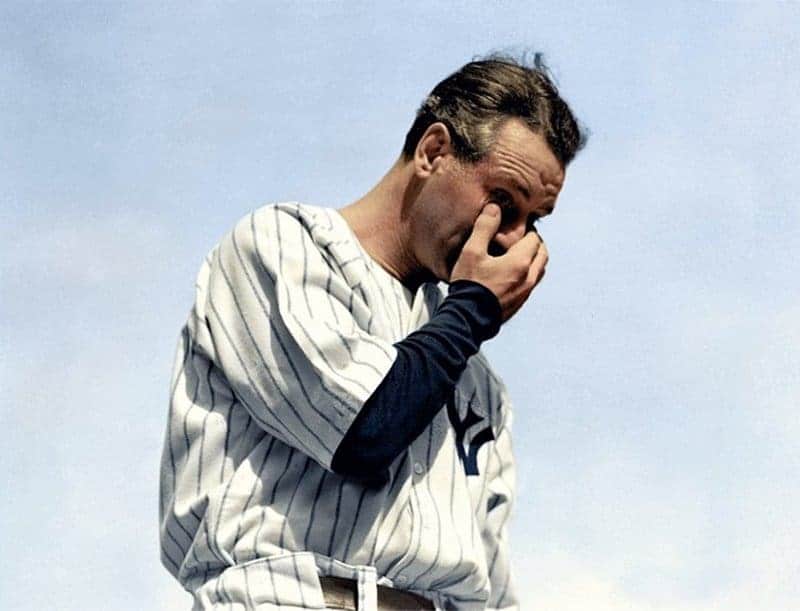 The photograph immortalized the moment Lou Gehrig retired from baseball. It was taken right after Gehrig’s famous retirement speech. Two years later, he would pass away from ALS. 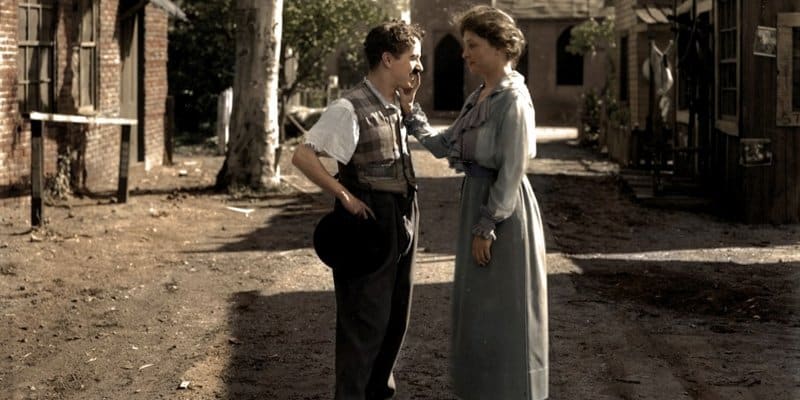 This colorized photo shows two of the most beloved figures in the early 1900’s: the deaf-mute genius Helen Keller and comedian Charlie Chaplin. It was taken when Helen Keller was in Hollywood during her speaking tour in the state on year 1919.