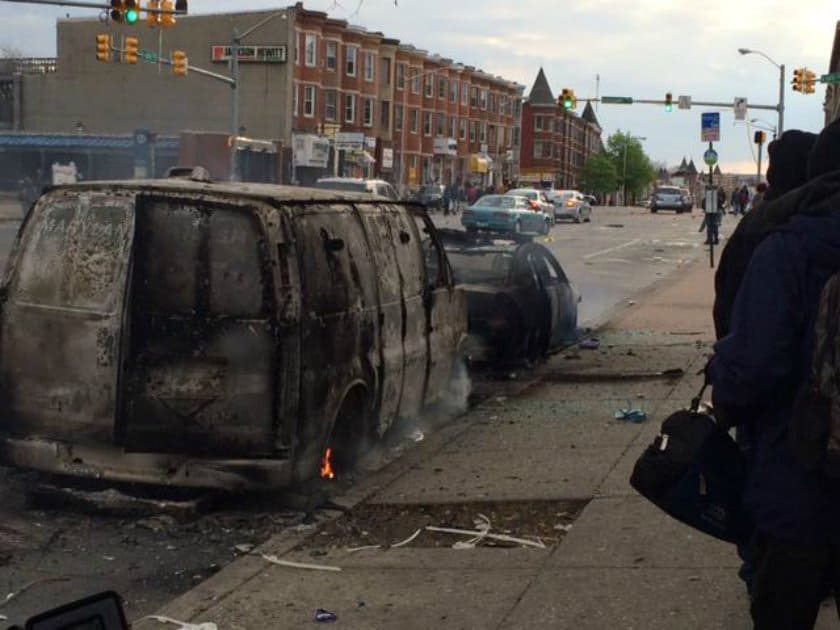 Maryland Governor, Larry Hogan, has declared a state of emergency after violence paired with protests against Baltimore city police escalated. The protests center around the killing of a local man, Freddie Gray, who died in police custody. While the protests following his funeral were originally peaceful, authorities have claimed instigators, mostly from outside the city, have started a series of violent acts. CNN reports that six police officers have been injured as a result of individuals throwing cinder blocks. The police believe that those who injured the officers were teenagers who thought it was “cute” to do so against the police.

Fires have erupted all over the city, sometimes turning cars and buildings into burnt-out husks. One low income senior center was burned to the ground, though there is some doubt as to the cause of that fire. The Baltimore Orioles were supposed to play a baseball game on Monday night but the game was postponed due to the city’s inability to assure safety. Community leaders have spoken out against the rioting, including the family of Gray. “I am sure that the family is concerned, and I am positive that they are against what is beginning to develop here in town,” said Billy Murphy, an attorney for the Gray family.