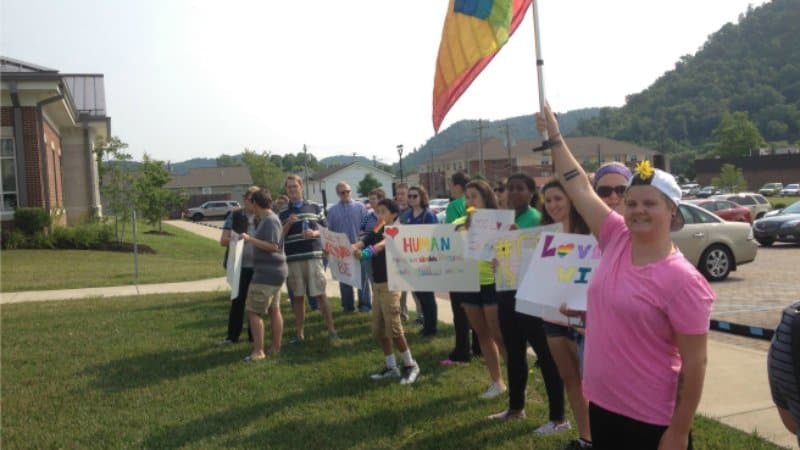 There have been a number of different reactions to the Supreme Court’s ruling on Gay Marriage. While there have been a ton of county and state officials who have voiced their displeasure, most have found a way to do their jobs even if they don’t like it. The Rowan County, Kentucky clerk is standing out from the crowd and has now actually gotten sued because she is not only refusing to issue licenses to gay couples, but to any couples at all.

The Courier Journal reports that the ACLU has launched an official lawsuit against the county clerk who does not want to issue licenses to gay couples based on her religious beliefs. A Democrat, Kim Davis has been sued by four couples, two gay and two straight who say they are having their 14th amendment rights violated. “We certainly respect the religious beliefs and whatever conscientious choices these clerks make, but it can’t infringe on their job duties and it can’t infringe on the constitutional rights of the citizens that they’re there to serve,” said attorney Dan Canon, one of the lawyers who is representing the four couples.

The ACLU pointed out that clerks in the state refusing to issue marriage licenses are not only defying the Supreme Court but also an executive order by Governor Steve Beshear.