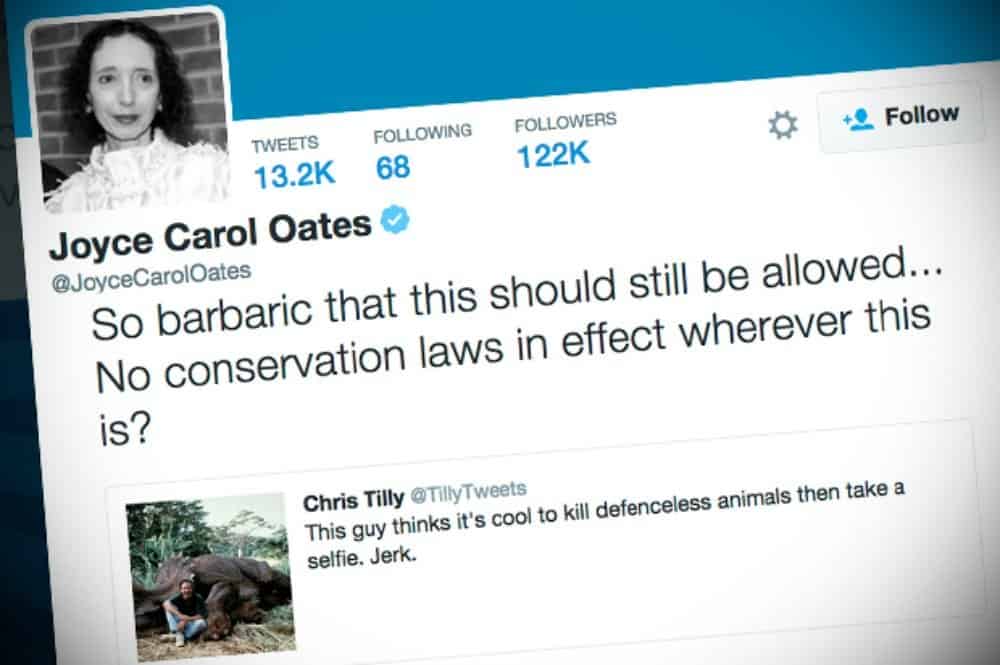 With Jurassic World set to take theaters by storm, Steven Spielberg is catching flack from some misinformed people on social media. The viral posts show a picture of Spielberg with one of his movie dinosaur props that happens to be dead. The posts are an attack over the fact that he is presumably posing with his kill.

It’s likely this media frenzy is all just a joke to bring people’s attention to the new Jurassic film, but with posts like the one from Joyce Carol Oates, you’ve got to wonder if people are really taking this poaching thing seriously.

With recent outcries over legal hunters posing with their majestic kills, like one girl with her giraffe, it makes sense that people would possibly make a joke out of this photo. Whatever the case, some people should pick up a history book.