20 Strange Foods From Around The Globe

This is a crazy and strange world we live in, and we make it even crazier by concocting the weirdest, grossest and most unappetizing dishes you’ll ever see. From bird nest soup to all of the strange cuisines us humans come up with at state fairs, you’re bound to find strange foods in every corner of the world. While this list my comprise of some foods you’ve already seen, heard of or even tasted, there will be some that will shock you. After reading through this list, you’ll be asking yourself ‘Who in their right mind would eat that?’ To answer that question, we’d like to remind you of all of the crazy people in the world. 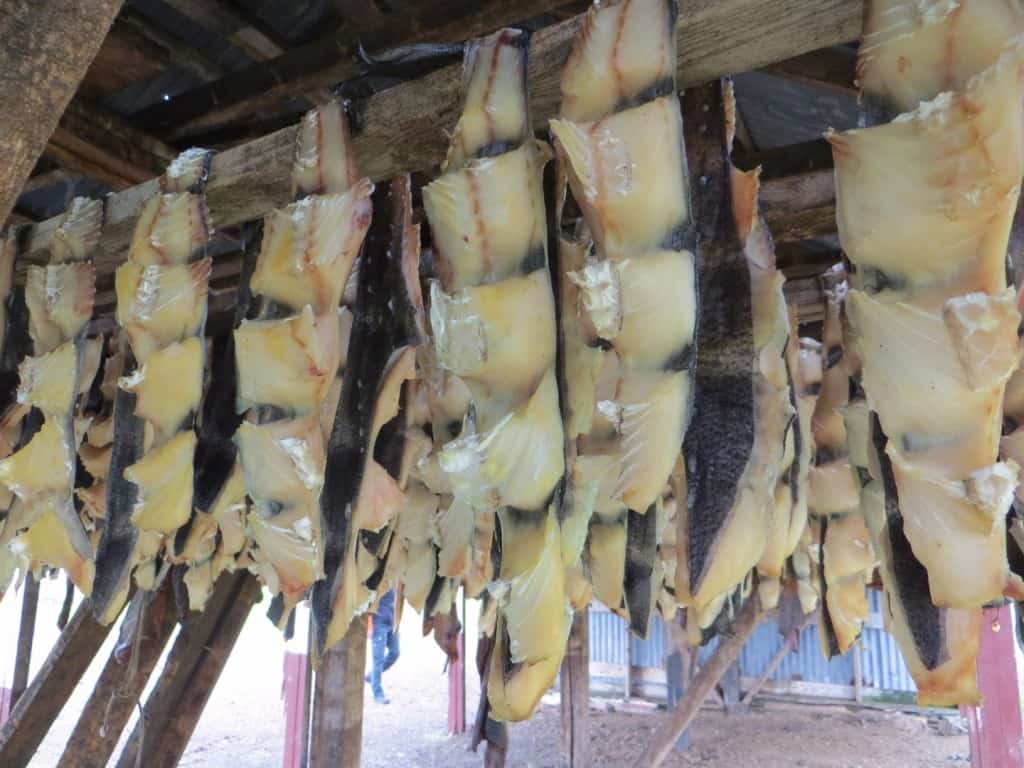 Hakari is the national dish of Iceland and consists of fermented shark meat which has been hung to dry for four to five months. Many consider it an acquired taste. 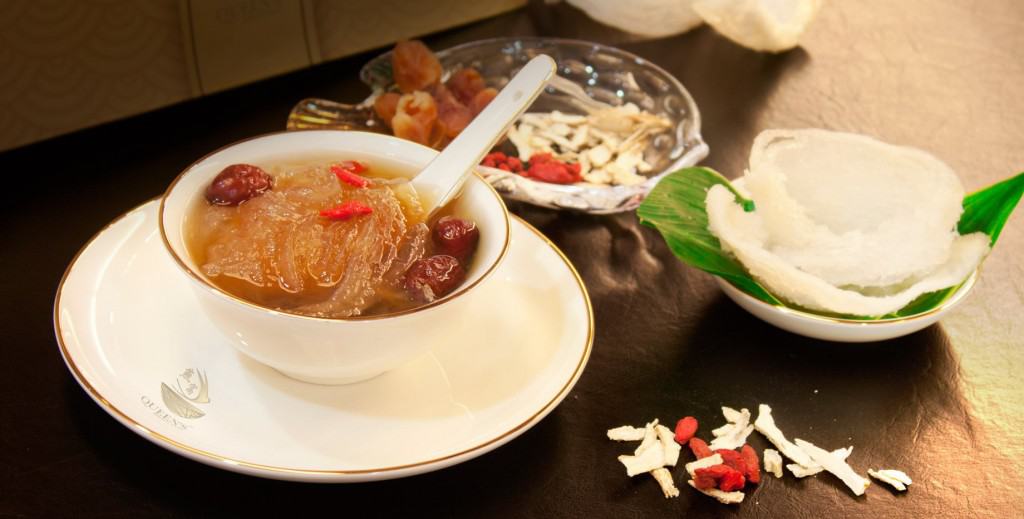 Bird’s nest soup doesn’t actually contain bird’s nest as we know it, rather the nests are made from the bird’s saliva, which dries and hardens. It is seen as not just a delicacy, but also a medicinal concoction in various Asian cultures. 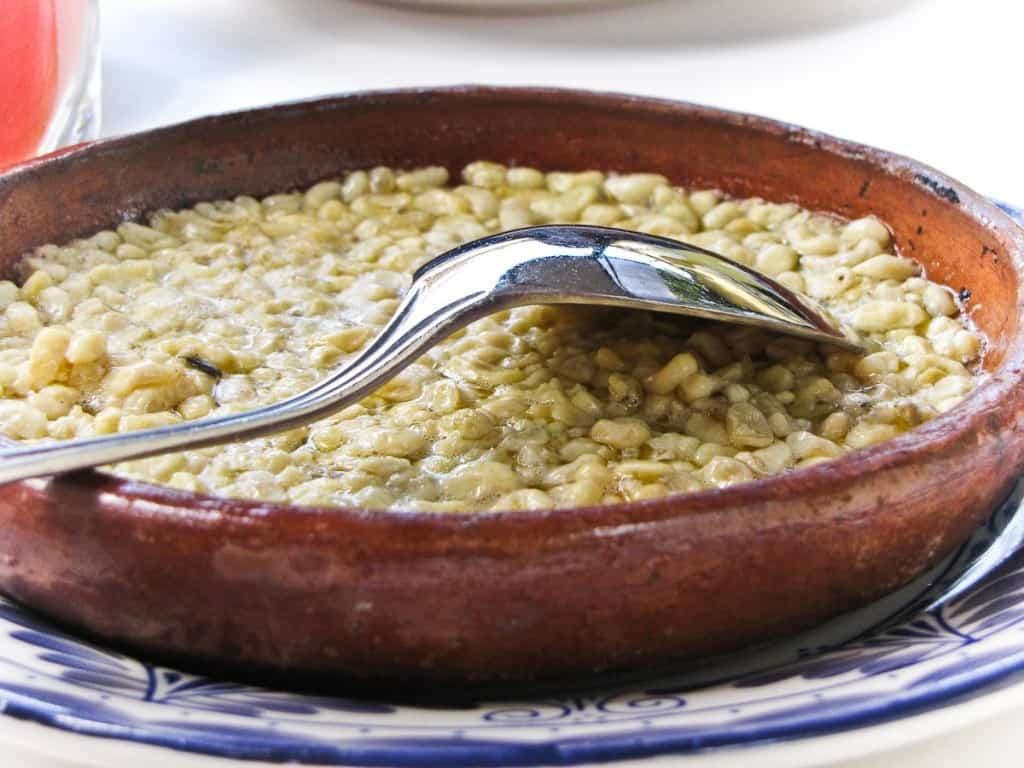 Apparently, ants’ larvae is gathered from the bottoms of agave leaves, and often cooked in butter. Yum! 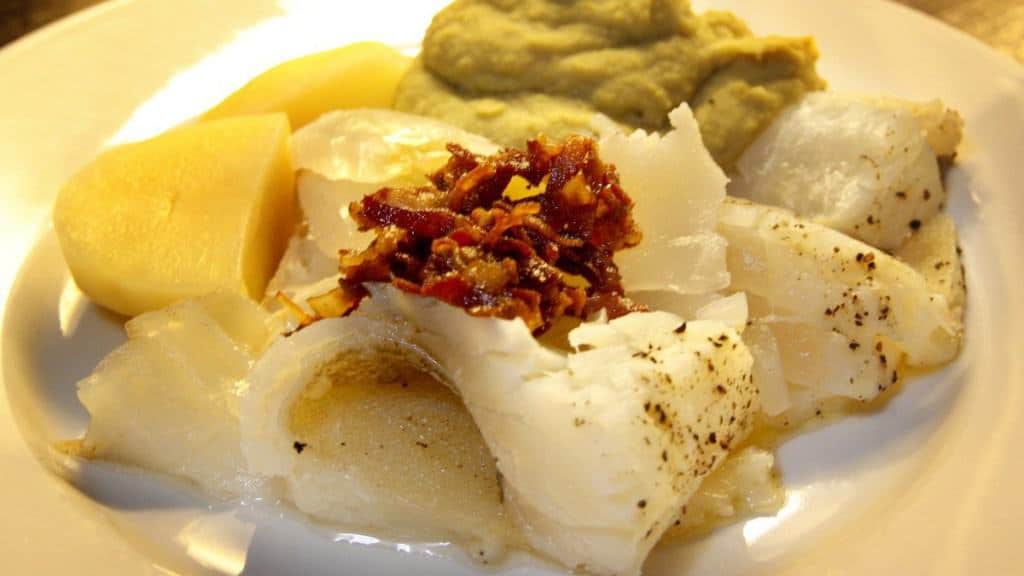 Basically, it’s a dish made of whitefish soaked in lye, then after a week, it’s cooked and ready to eat. It’s served more often in the US than it is in Scandinavia. To say this has to be the weirdest method of cooking fish is an understatement. 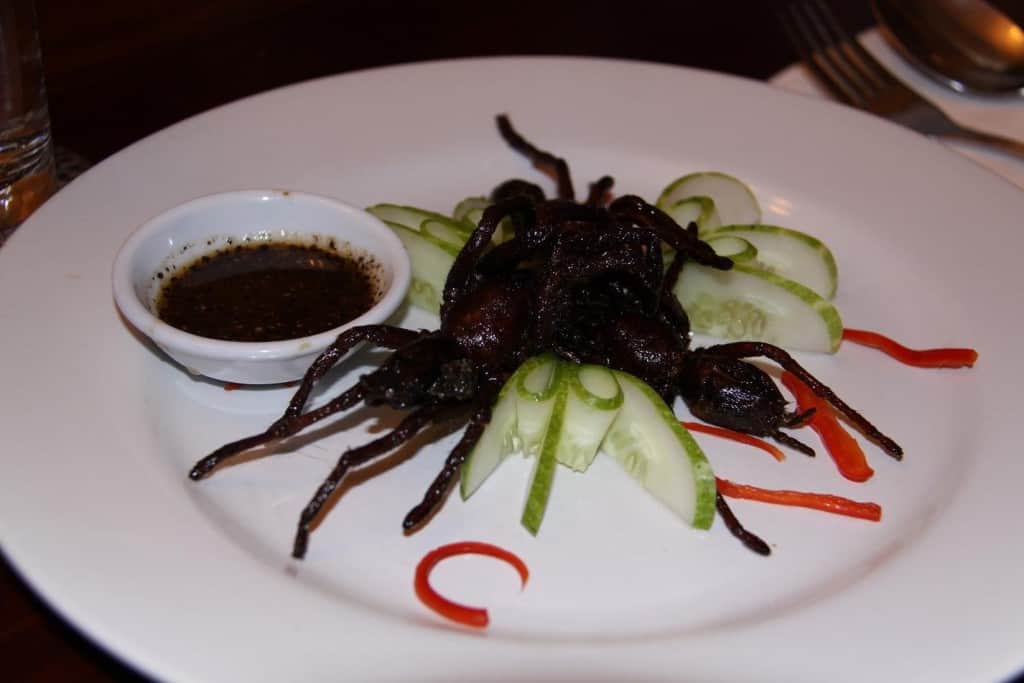 It is said that fried tarantula came about because people in Cambodia were so poor under Pol Pot’s reign, that they resorted to eating whatever they could. But apparently the big black fuzzy spiders were such a tasty treat that the custom of eating them as a snack has stayed around. 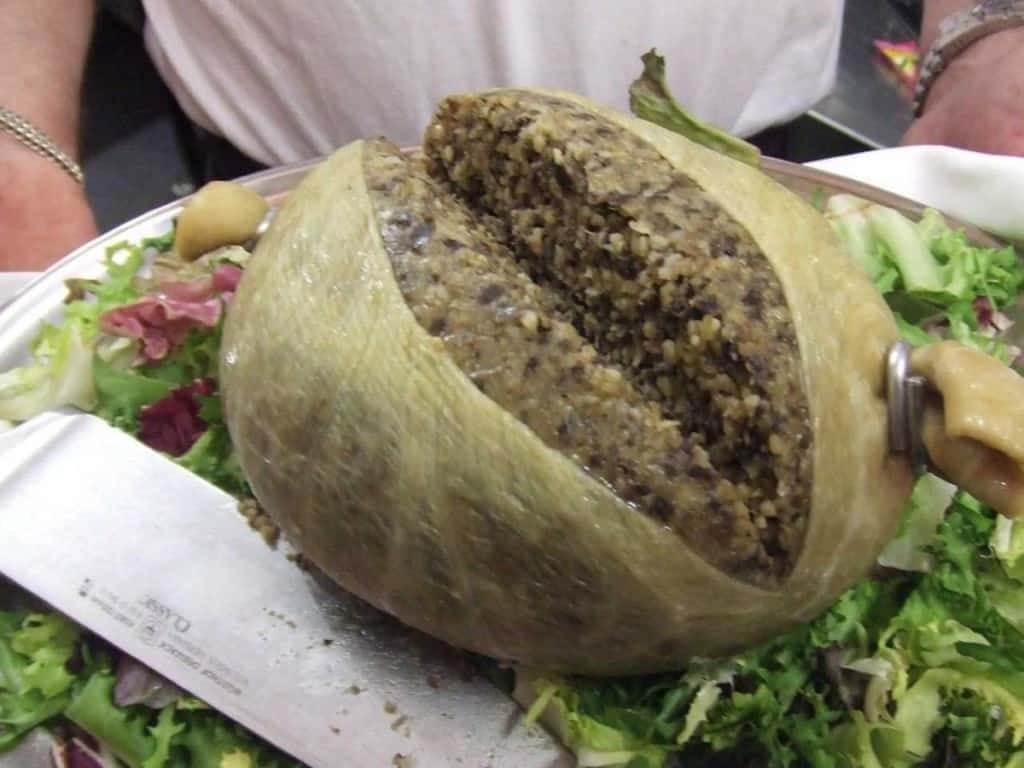 Truly among the world’s most traditional, yet weird and shocking foods. Basically, it’s a food centered entirely around a sheep – sheep’s heart, liver and lungs wrapped in a suet mixture of oatmeal, suet, onions spices and a bunch of other stuff. All of this is wrapped, traditionally, in the sheep’s stomach. Though they mostly use a different covering, there are also vegetarian versions. 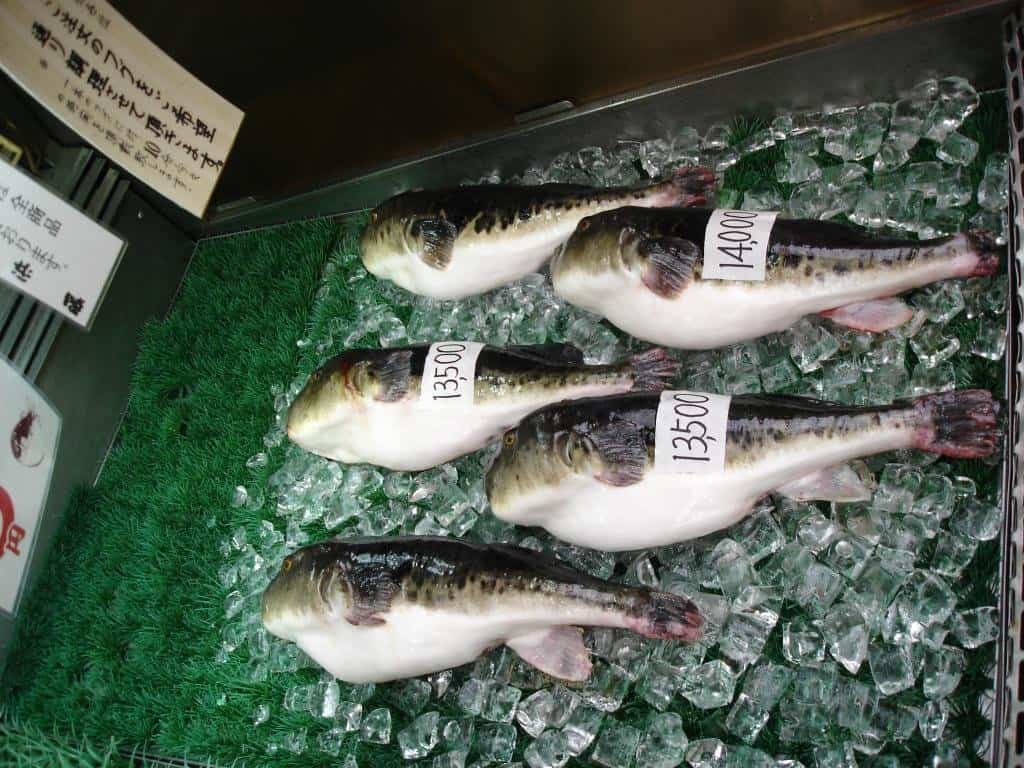 Fugu, or pufferfish, is on this list just because it’s so poisonous. Only specially licensed chefs are supposed to handle this fish, and if prepared incorrectly, it can be fatal. 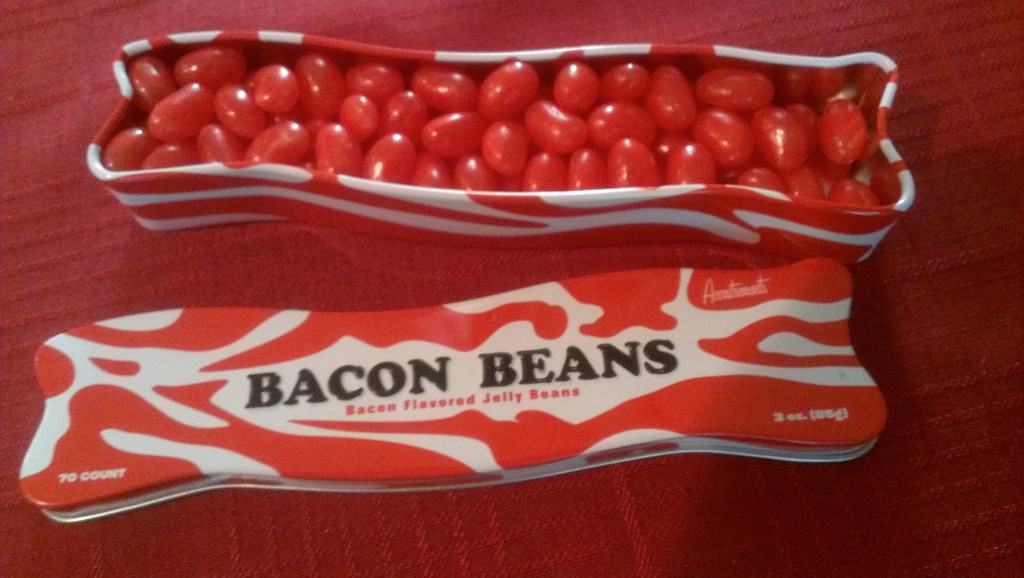 Short of making the list of flavored beans in the Harry Potter books, bacon-flavored jelly beans have to be one of the weirdest yet funniest candies ever. But perhaps they’re good for a quick bacon flavor fix. 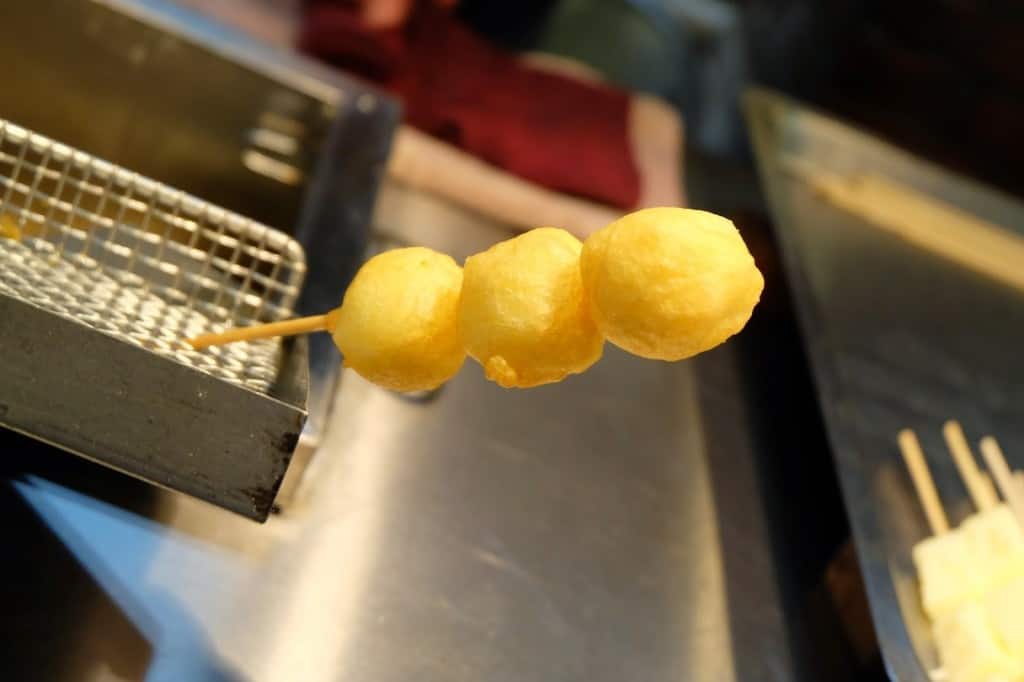 It’s actually sweet cream deep fat fried, and apparently it’s good, but it’s still rather shocking – and it would likely go over well in the US state fairs. 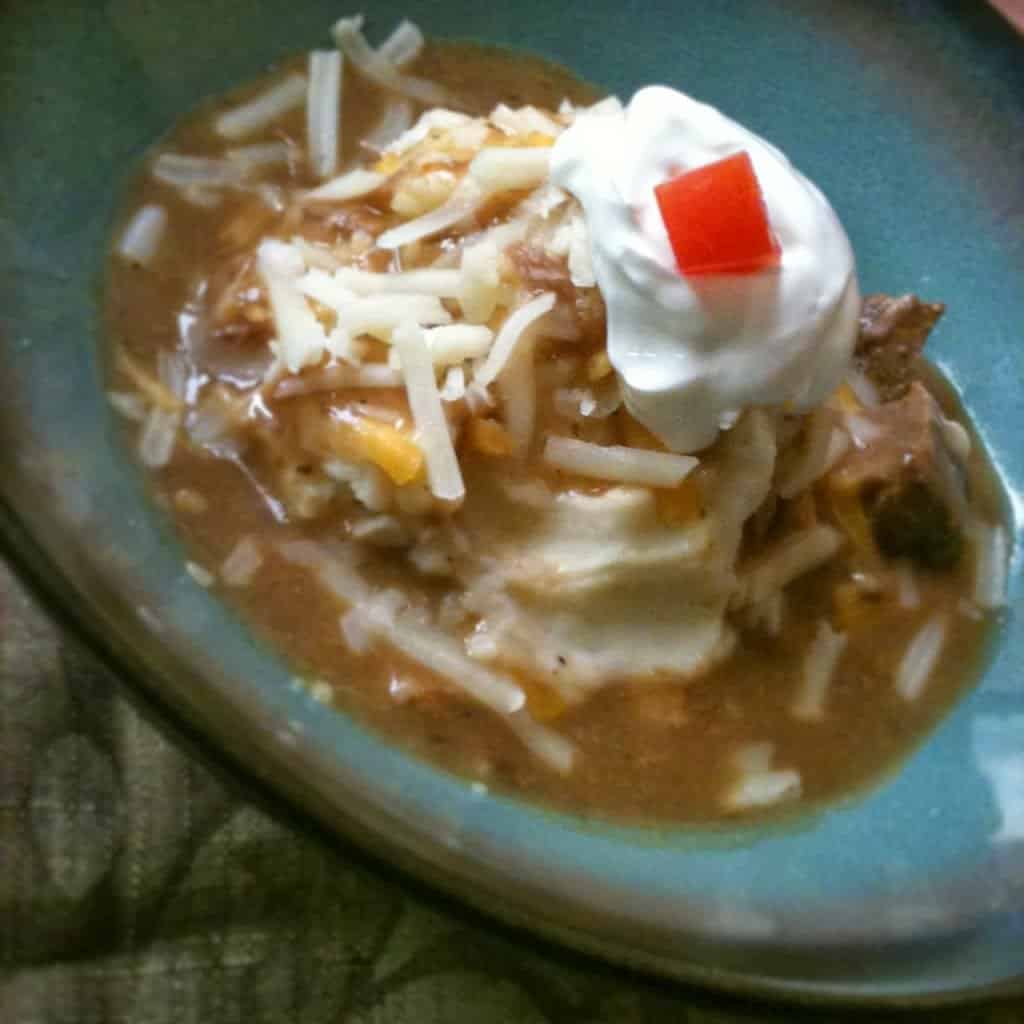 Let’s begin our tribute to state fair food – some of the weirdest, shocking food ever with the hot beef sundae from the Indiana State Fair. Basically, it’s like a hot beef sandwich only without the bread: it’s layers of beef and mashed potatoes in a big scoop, with cheese “sprinkles” and a “cherry” tomato. 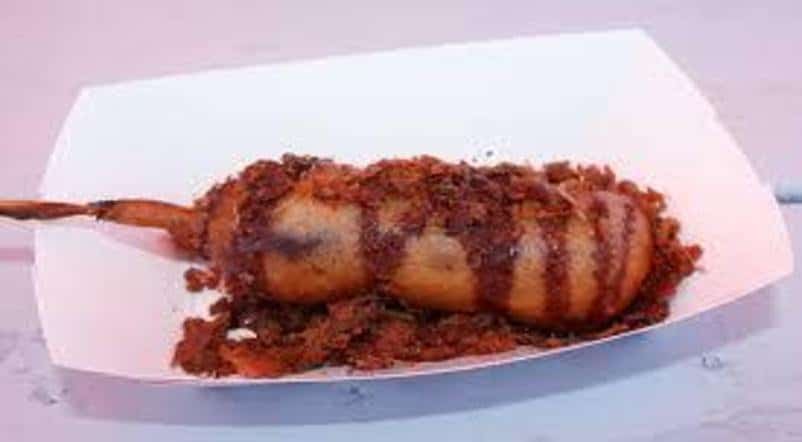 If you know anything about Elvis, it’s that he had a thing for peanut-butter and banana sandwiches with bacon. Well, the Wisconsin state fair took that strange love combo and turned it into something that could be eaten on a stick — like any other weird fair food. 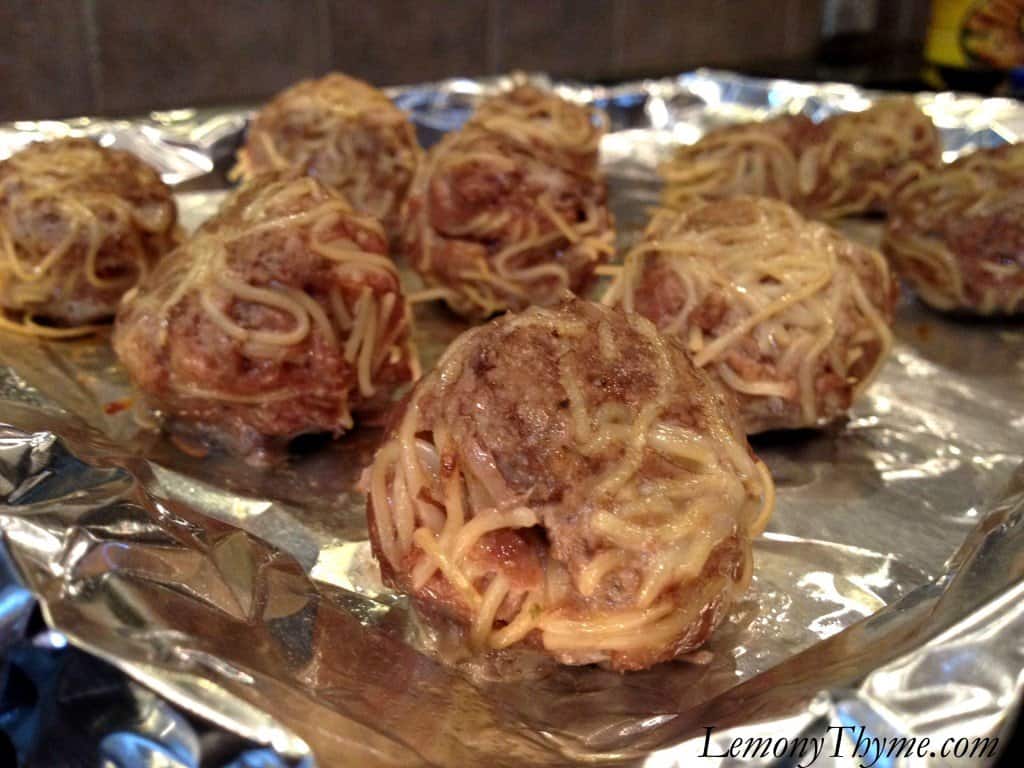 Trust the Minnesota state fair people to come up with the ultimate comfort food on a stick. Basically, it’s just meatballs with cooked spaghetti mixed in, then rolled in marinara sauce and put on a stick. 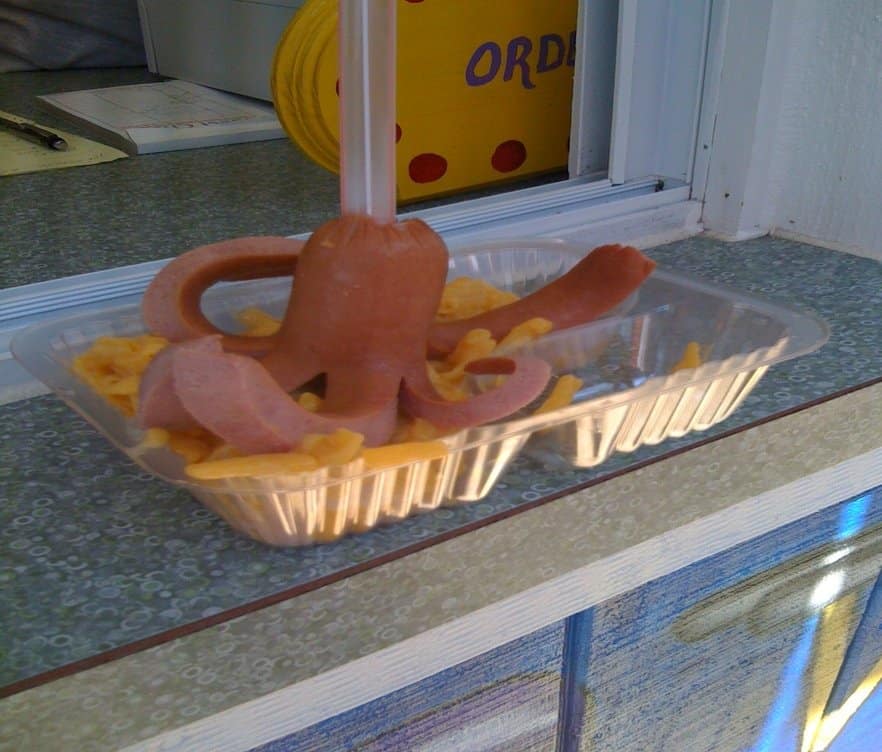 Basically, this is a hot dog sliced length-wise so that all the “legs ” will splay out and curl up when cooked. Then it’s placed on a “sea-bed” of macaroni and cheese. Of all the fair foods, this one is kind of normal, but it’s cute! 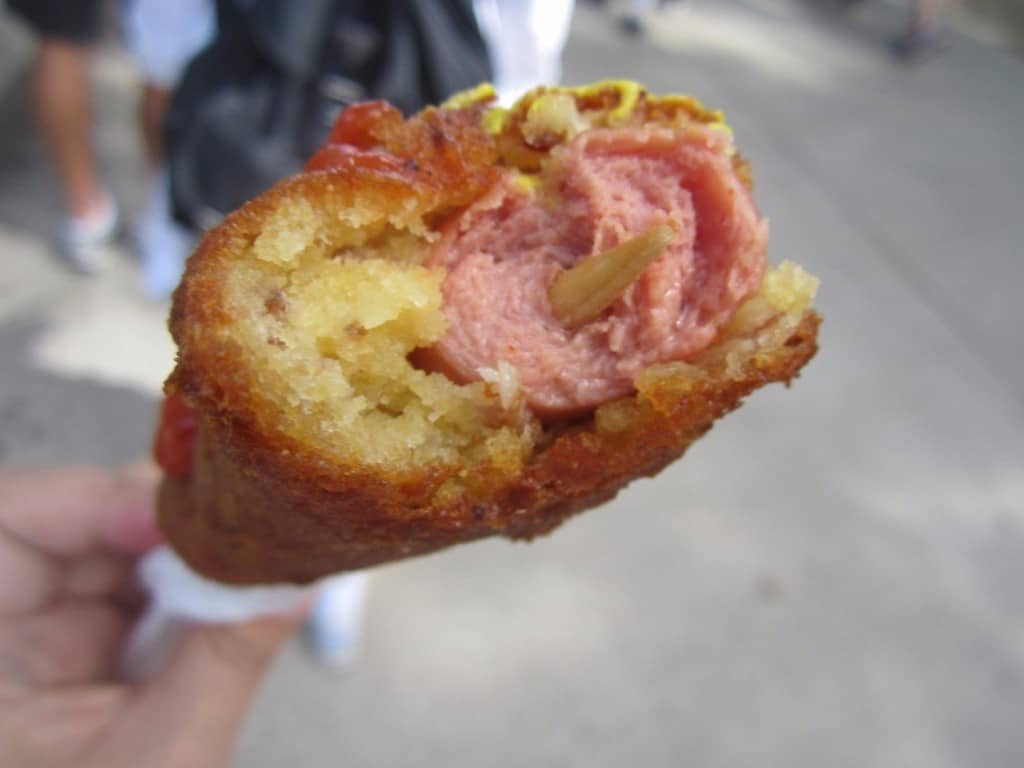 Typical Iowa fairs! It’s all about the pork! After all, pork is one of the state’s chief sources of farm livelihood. How the Double-Bacon Corn Dog is made is as follows: first, a corn dog wrapped in bacon, then batter it up with bacon-bit batter, then deep fry it and serve with syrup. 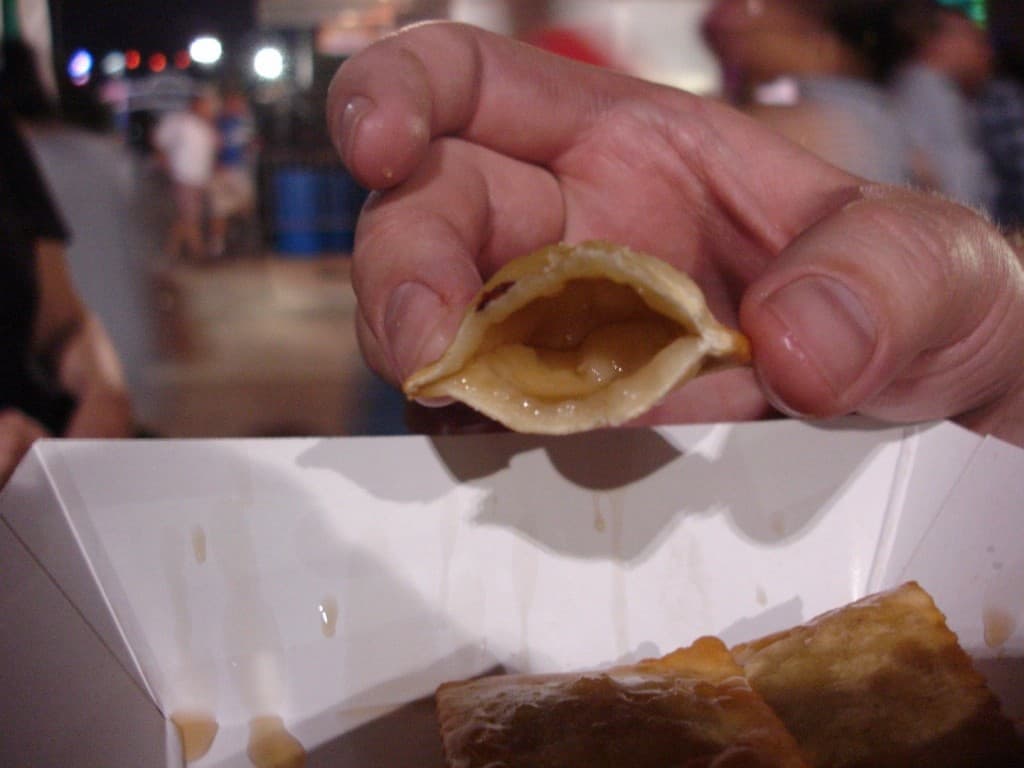 “Okay, how does this even work?” you ask. What this amounts to is a pretzel-dough-like ravioli filled with beer and then deep-fried. Yes, very much on the scale of one to strange, strange being the truly weirdest level. Seriously — they fried beer. 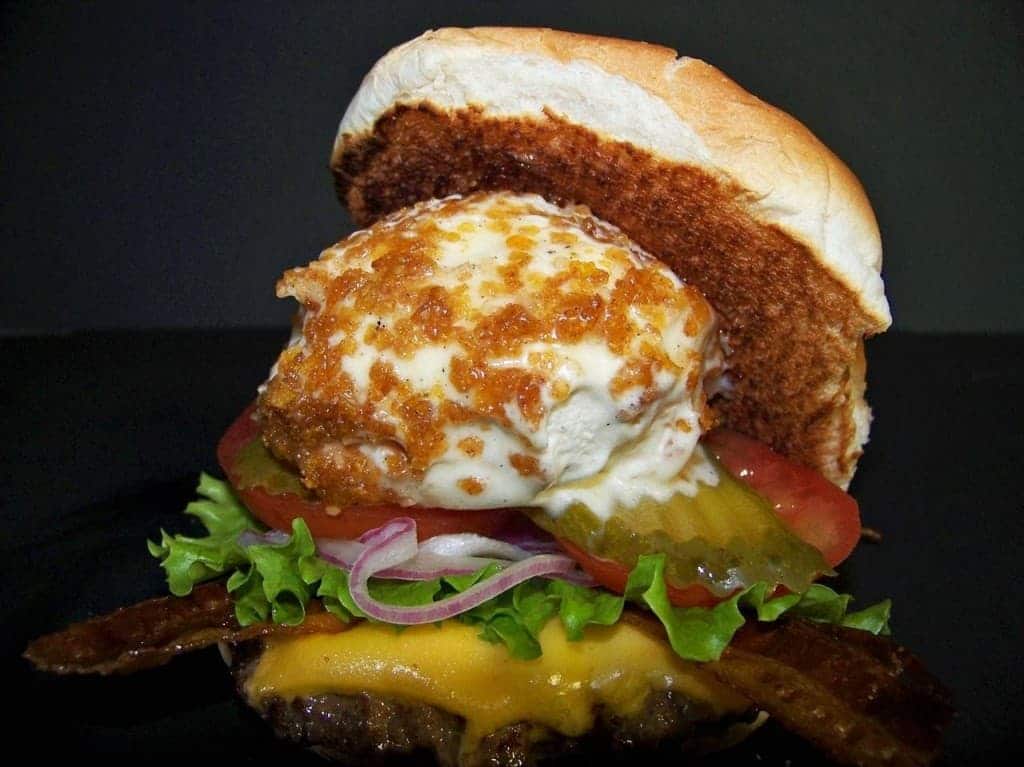 Essentially this is a veggie loaded hamburger patty, but there is a scoop of fried ice cream in the middle. I’ve had burgers with lots of stuff on them, and I’ve had fried ice cream. But never have I had either of them put together. 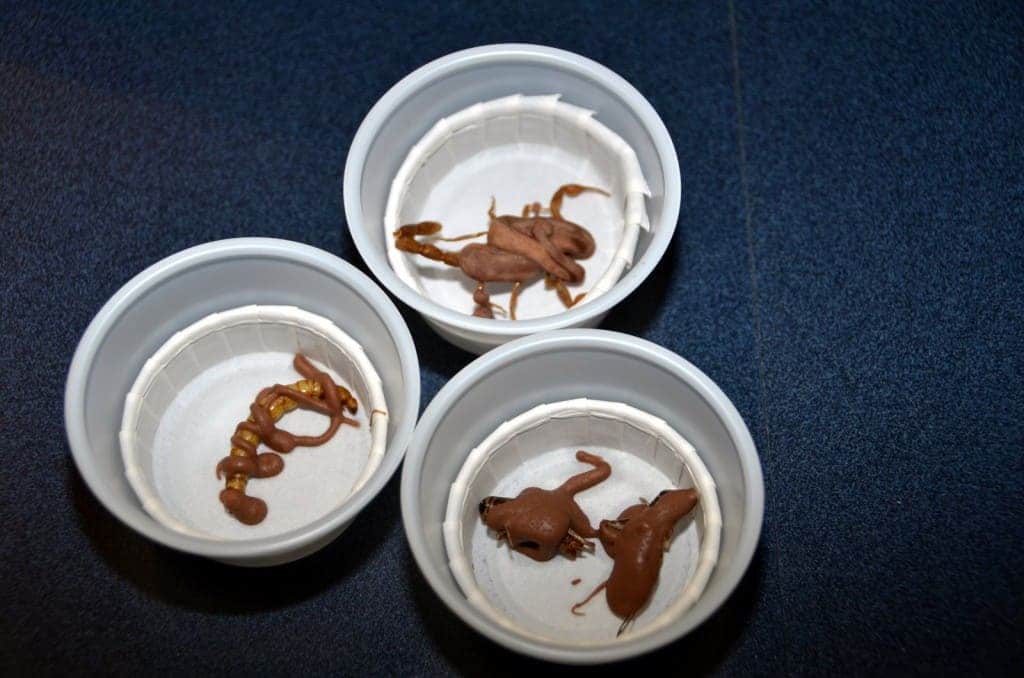 It is said that Arizona’s getting back at the menacing desert arachnids by catching them, killing them, coating them in chocolate, then frying them. This is actually along the lines of something done in China, and such a delicacy was featured back in the 2008 Beijing Olympics. 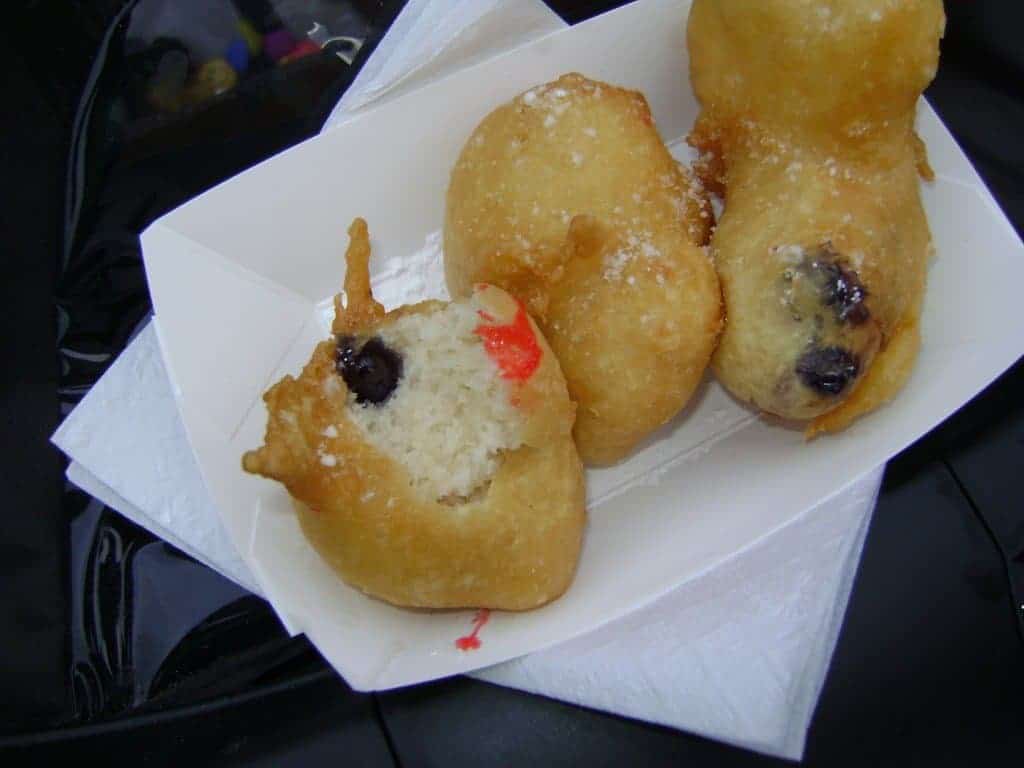 As if the concoctions in the Midwest weren’t sugar-fat-and-salt traps, here comes Massachusetts with fried jelly beans. Essentially these are jelly beans dipped in funnel cake batter then fried. Well-played, Massachusetts. 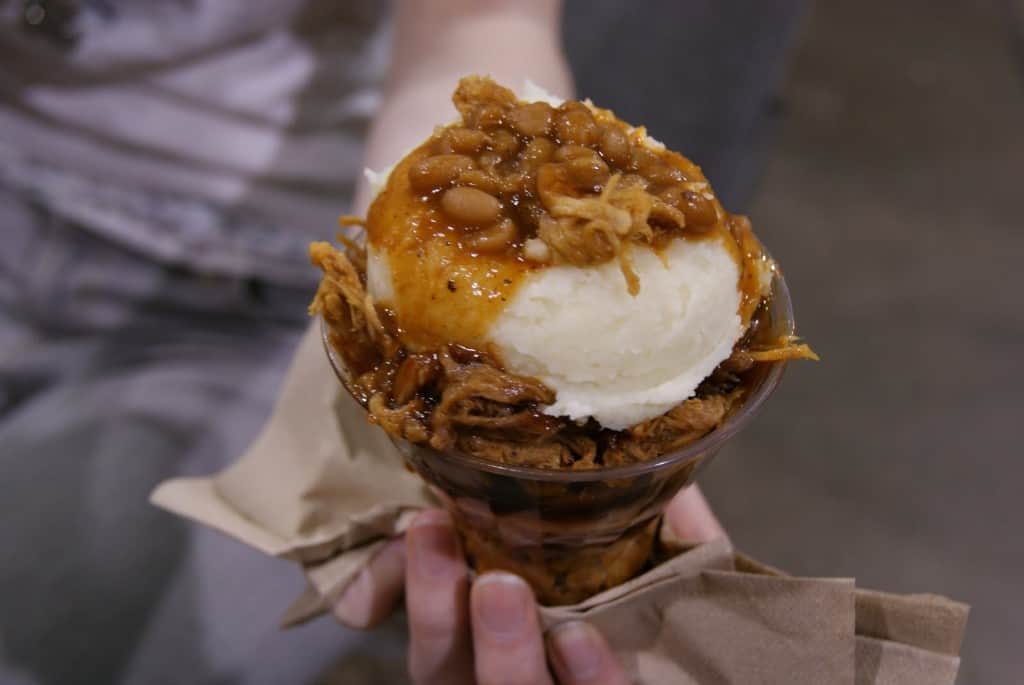 This is something similar to the hot beef sundae, except the pork parfait is actually in a cup and everything is beautifully layered – with pork, gravy, etc, served with a spork, of course. 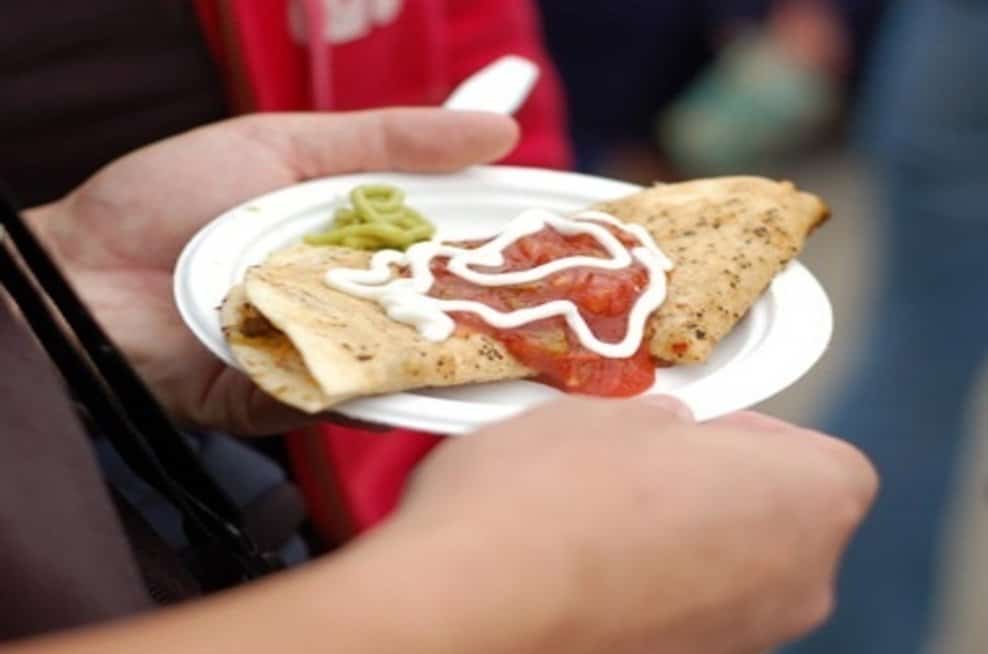 Okay, guess every other State Fair was doing nothing special, so North Carolina decided to show us all up with Emu tacos and Ostrich quesadillas.