20 Of The Worst Celebrity Halloween Costumes

Halloween is honestly the ultimate day to dress up like whatever you have always dreamed of being. It’s the one day where you can truly follow your heart. If you’ve always wanted to be an astronaut, then you can dress up as an astronaut! If your dream is to be a banana, then you can be the banana you’ve always wanted to be! But there’s a fine line between following your Halloween dreams, and turning into a complete costume nightmare. And even celebrities can make serious Halloween mistakes. Here are 20 of the absolute worst celebrity Halloween costumes in existence. 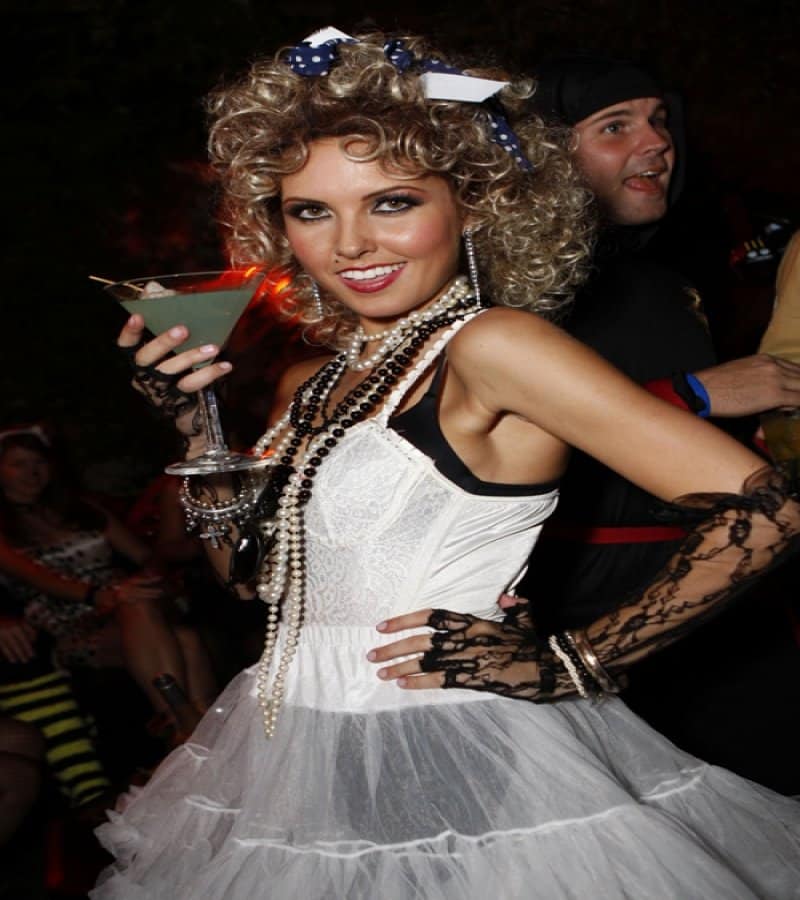 Is this supposed to be Madonna? Nice try, Audrina. 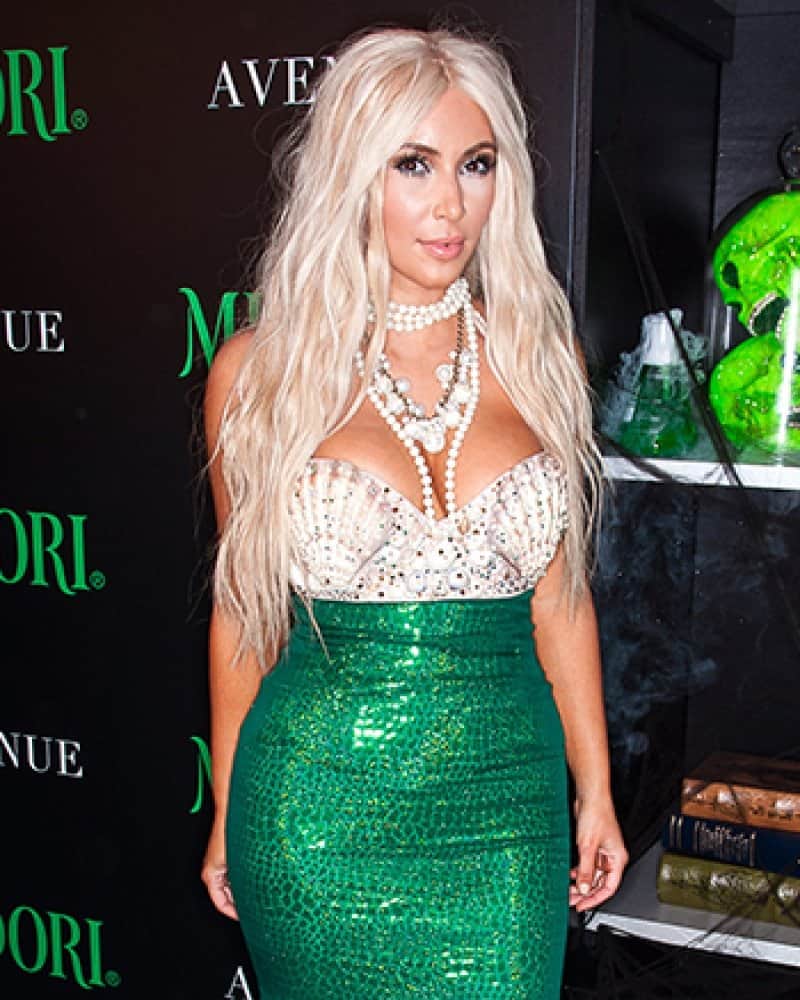 Between the messy wig and the skin tight green skirt, this is probably the most obnoxious mermaid costume out there. 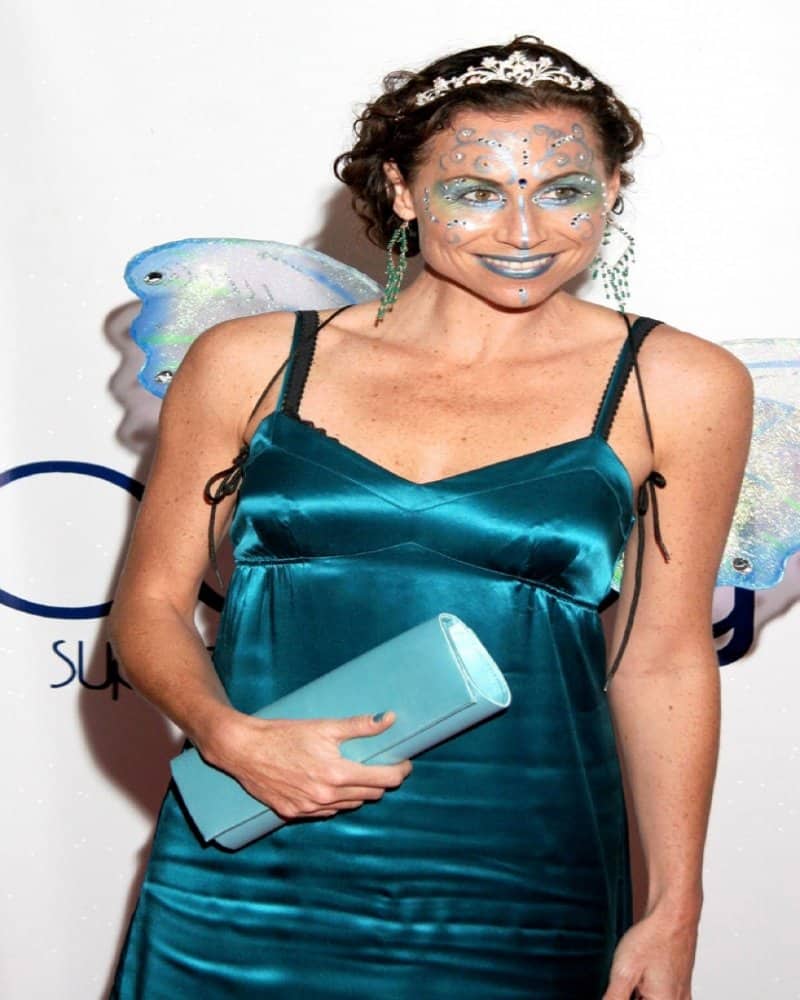 What is she supposed to be, a fairy? She’s literally wearing a nightgown and some Burning Man face paint. 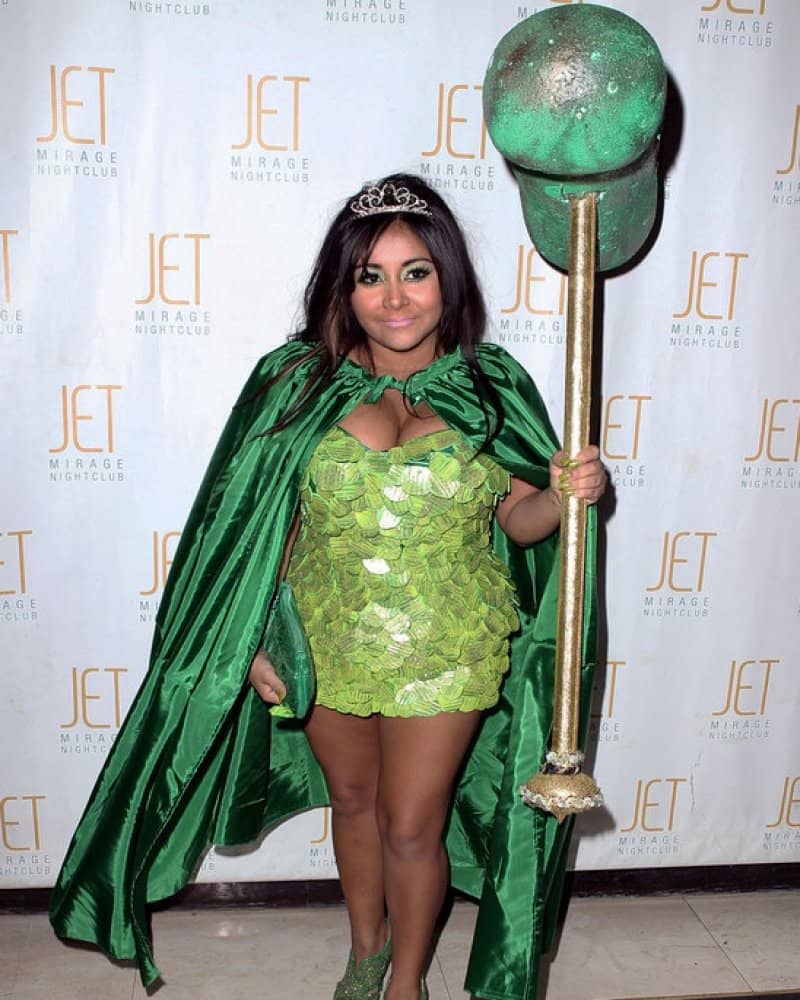 Frankly, we have no idea what Snooki is trying to be. Is she a pea? A frog? Who knows. 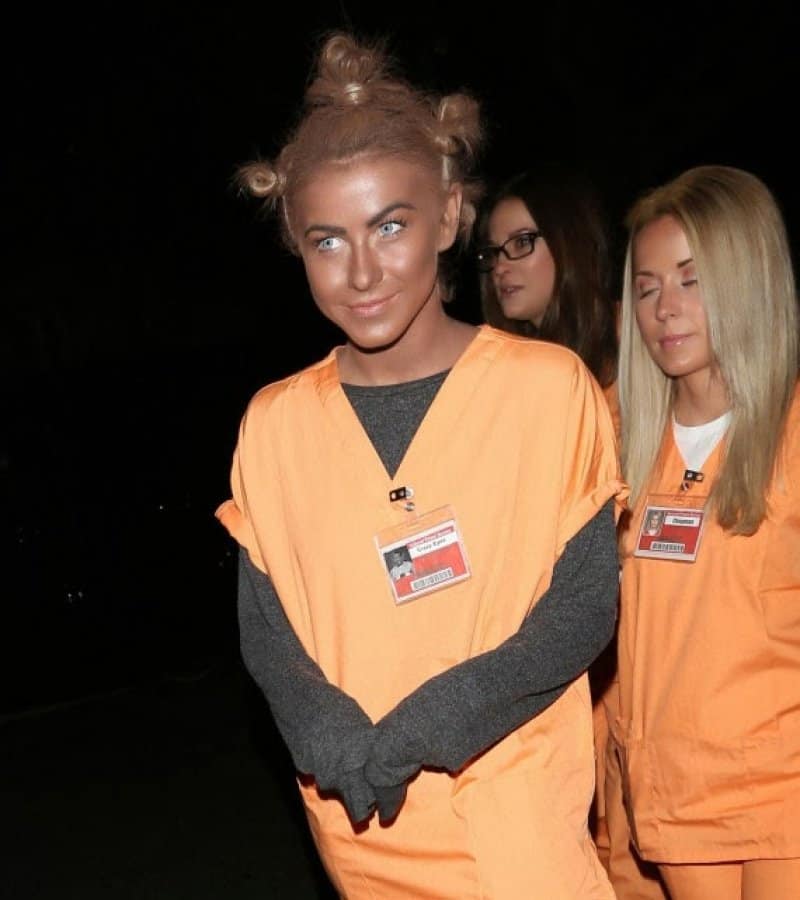 Why is Julianne Hough trying to be Crazy Eyes from Orange is the New Black? Why is the whitest person ever attempting blackface with self tanner? Just…no. 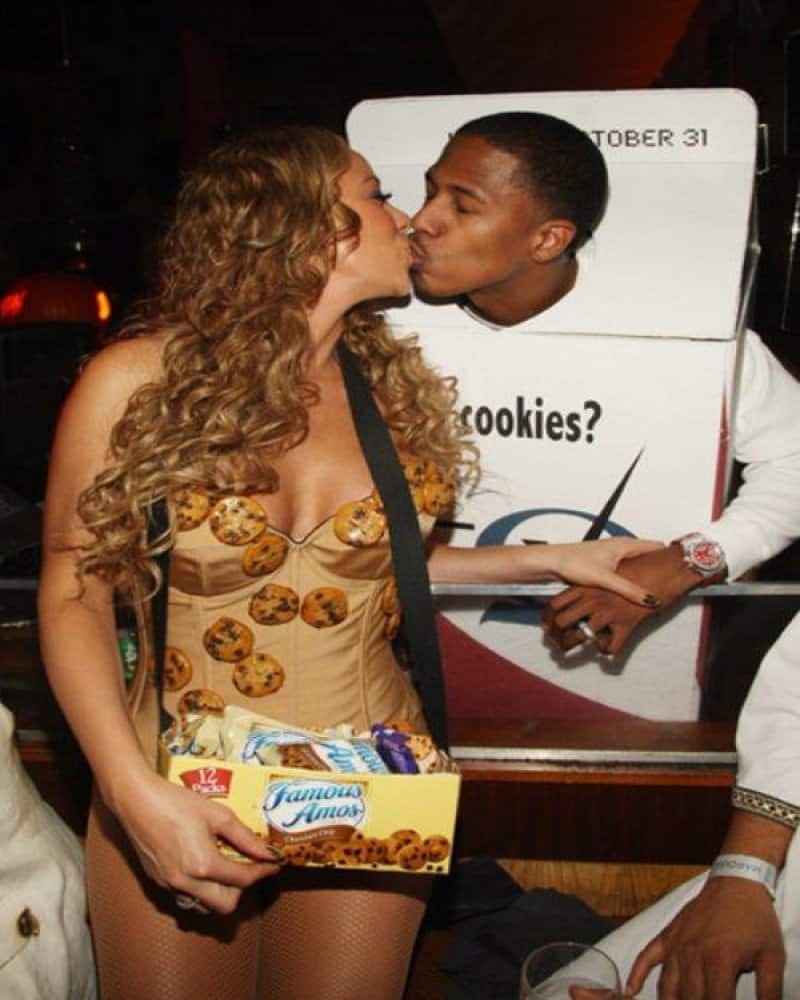 Alright. This milk n’ cookies get up is just too much. At least Nick tried to actually look like his costume… 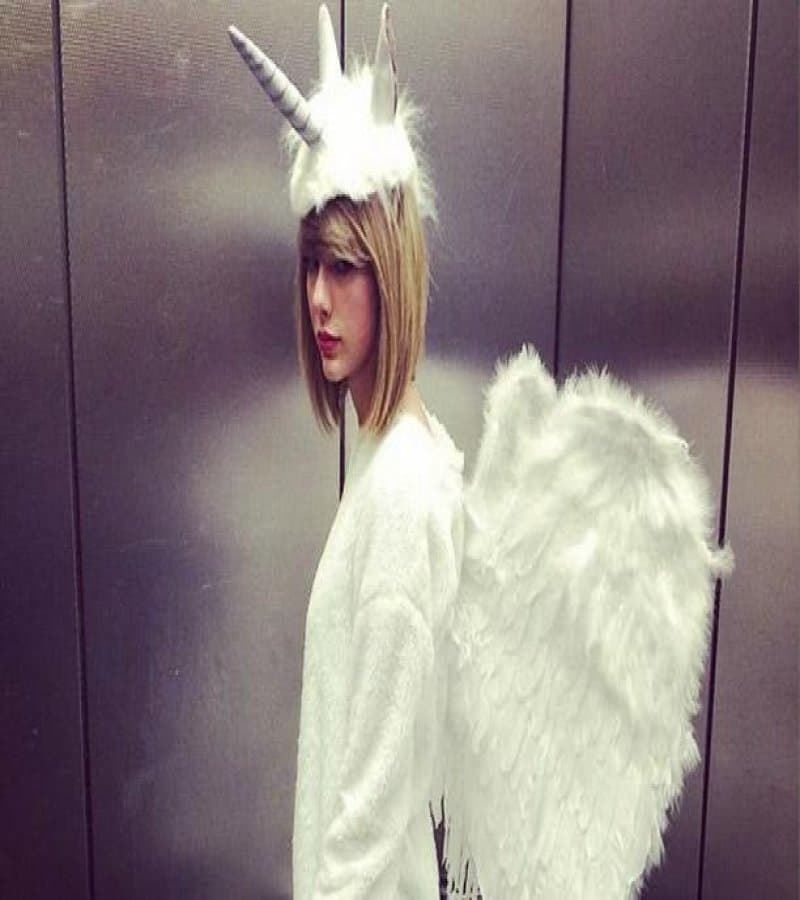 This is the saddest unicorn/pegasus hybrid we have ever seen. 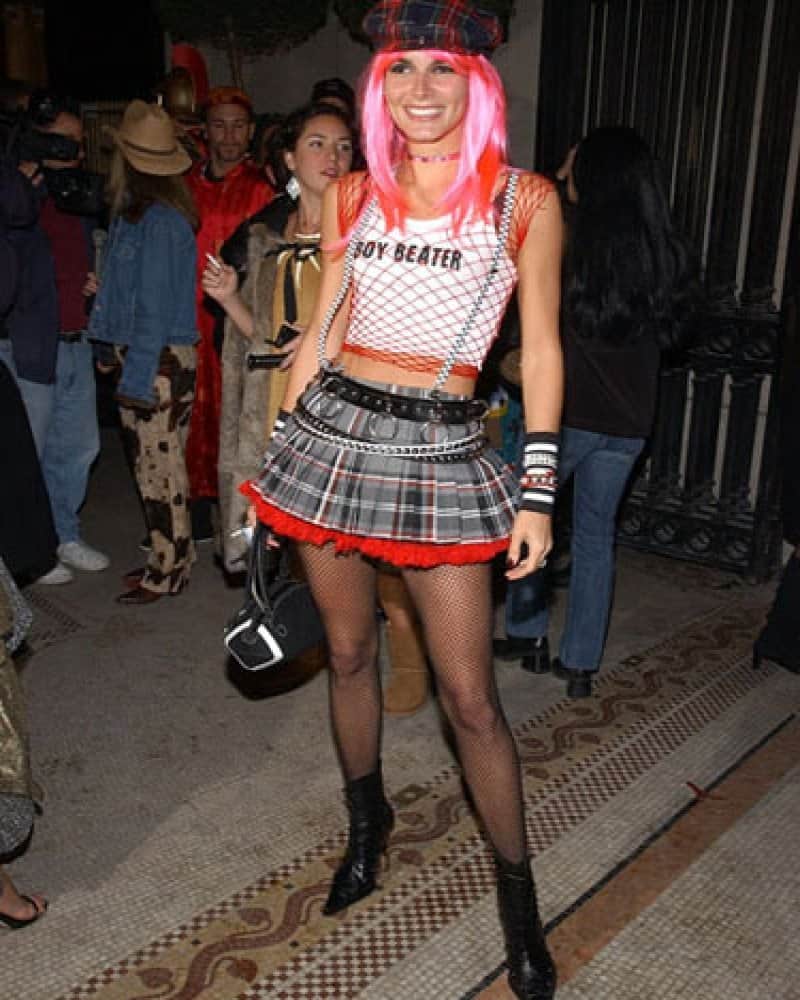 What is she even supposed to be? Nicki Minaj after a Hot Topic shopping spree? 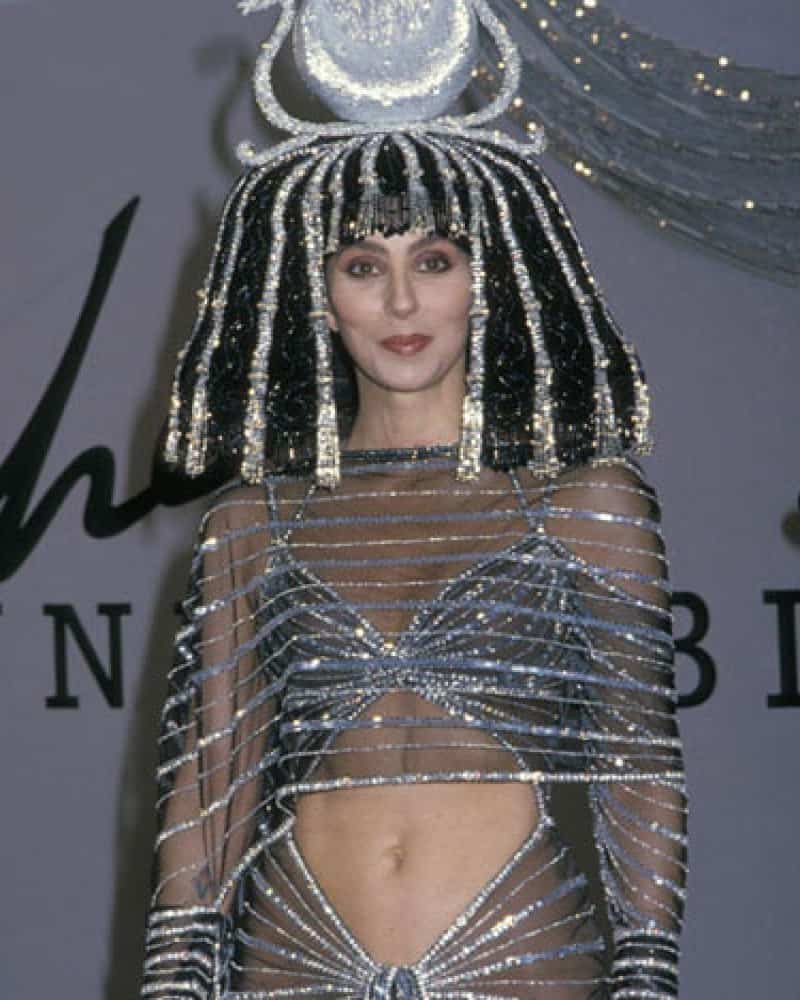 Hmm. Not sure if this is Cleopatra or a spider or both? Maybe it’s up for interpretation. 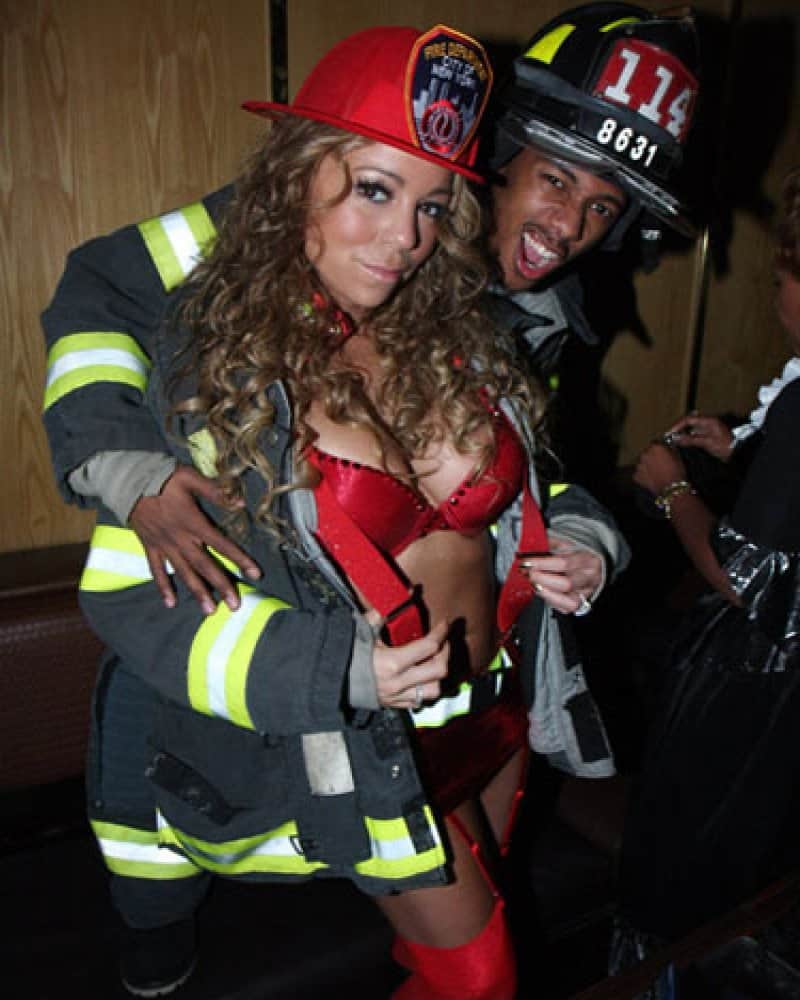 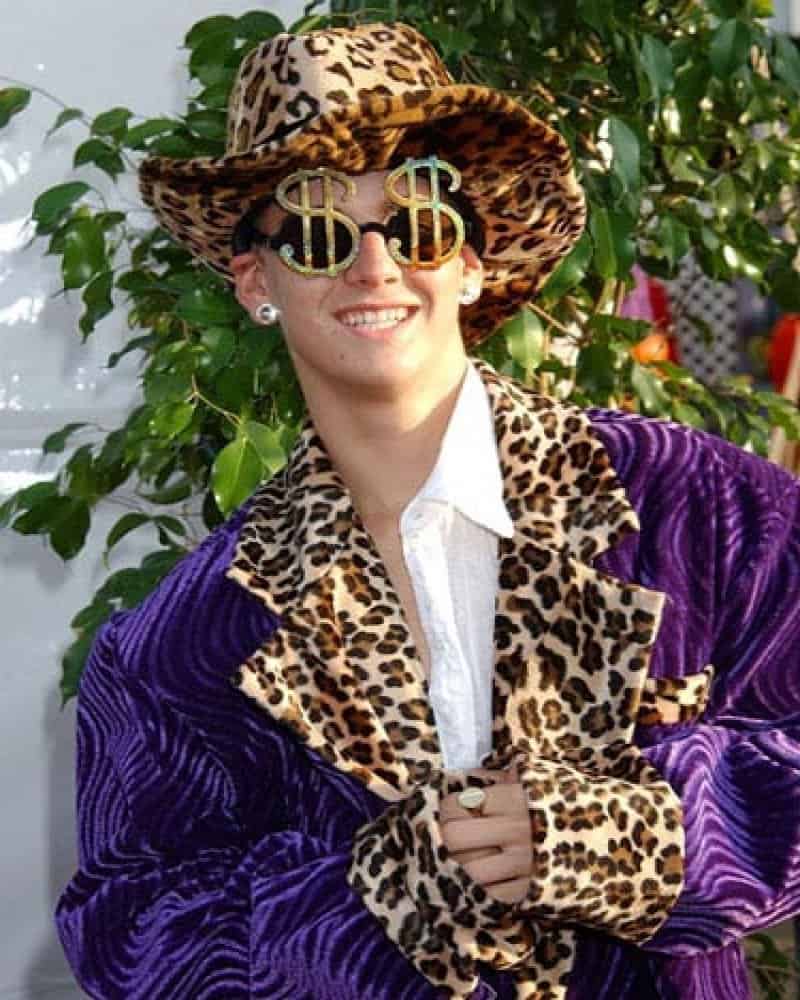 Aaron. Why? Who Okayed Aaron Carter’s decision to rock a pimp costume for Halloween? Whoever they are they should probably be fired. ASAP. 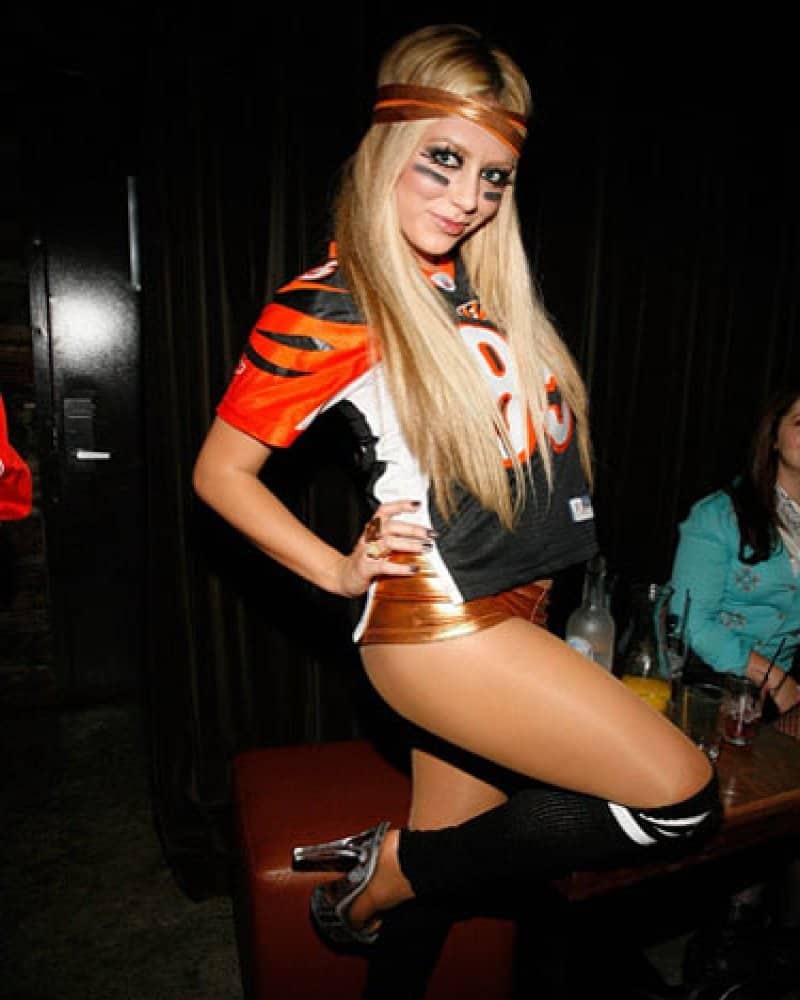 This costume is a lot of things. Predictable is not one of them. 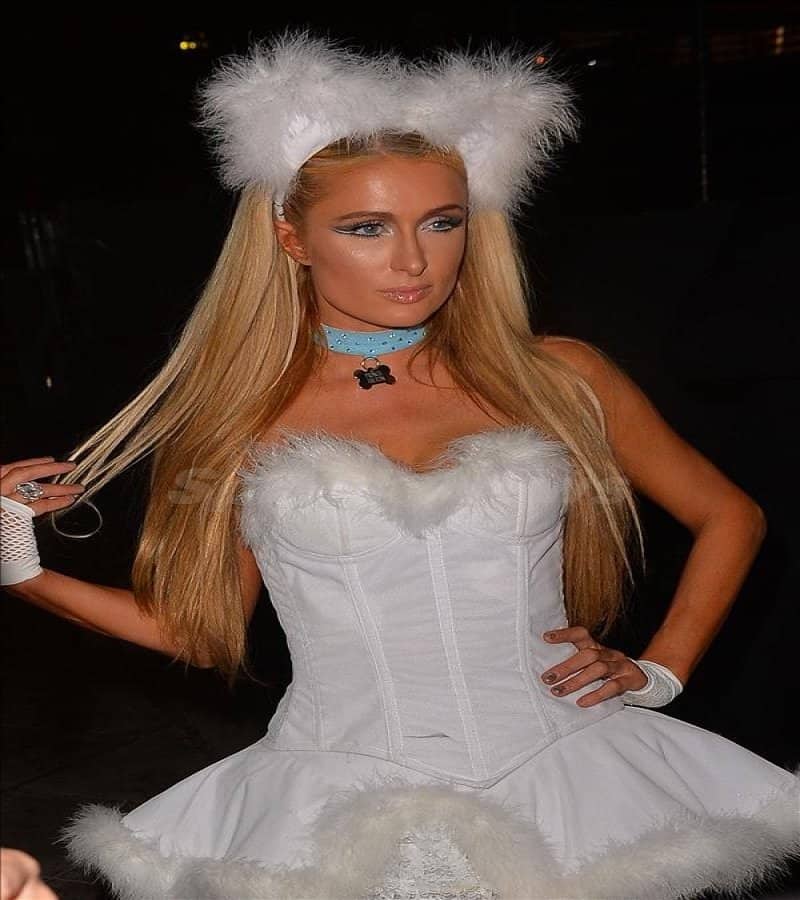 The heiress’s pomeranian costume is just too much. Can anyone even tell that she’s channeling a dog this specific? Woof. 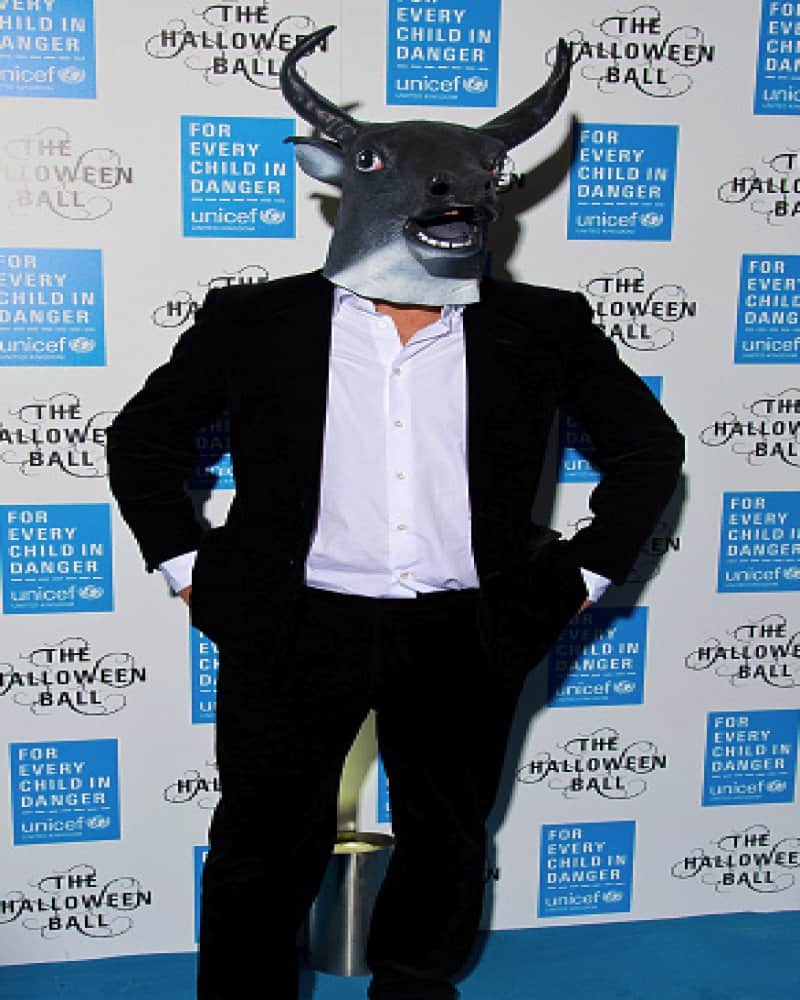 Um…what was Hugh Grant thinking when he decided to put this heinous mask on? 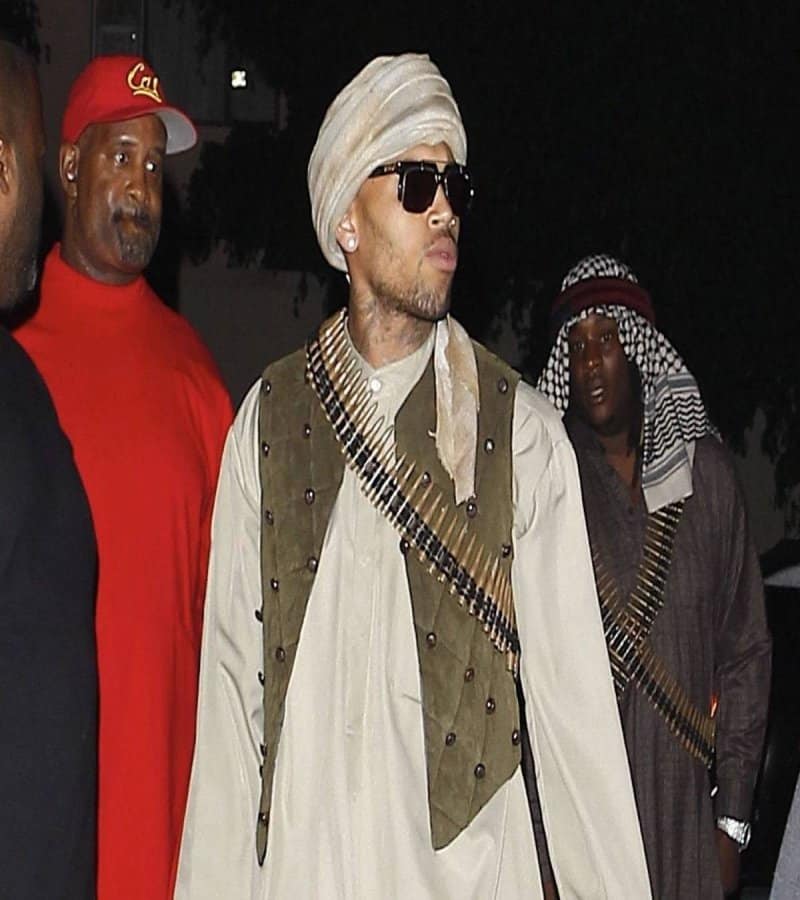 Chris Brown terrorizing people isn’t that foreign to us, so this one is honestly touchy on a lot of levels. 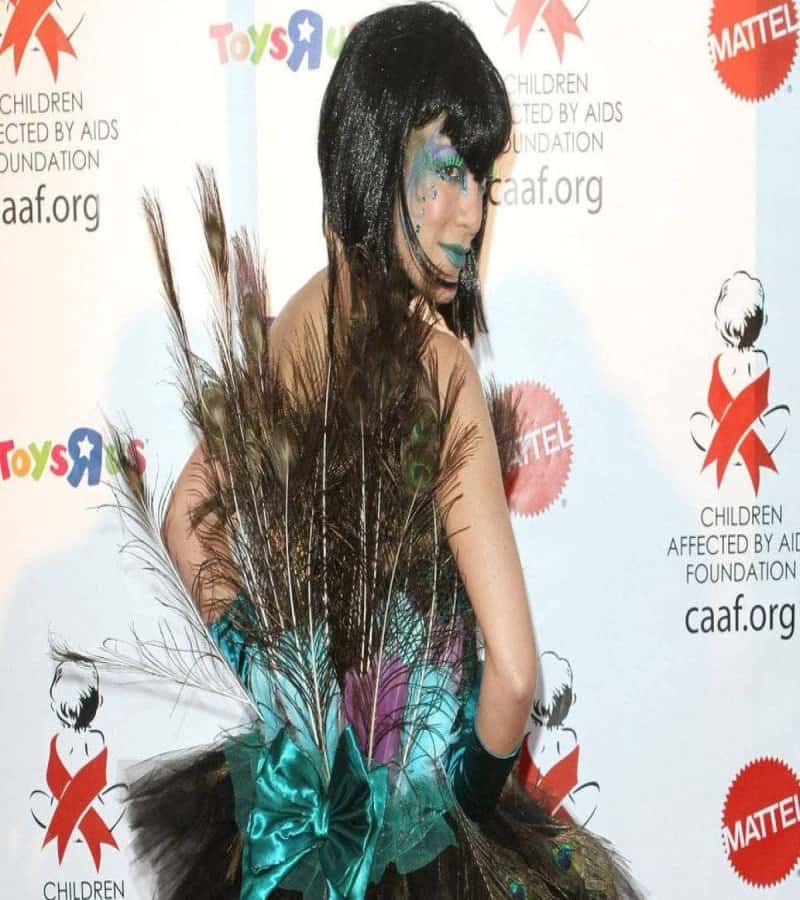 We’re not sure why the wig had to be included in this peacock costume, but she looks like Velma Kelley moved into a birdcage. 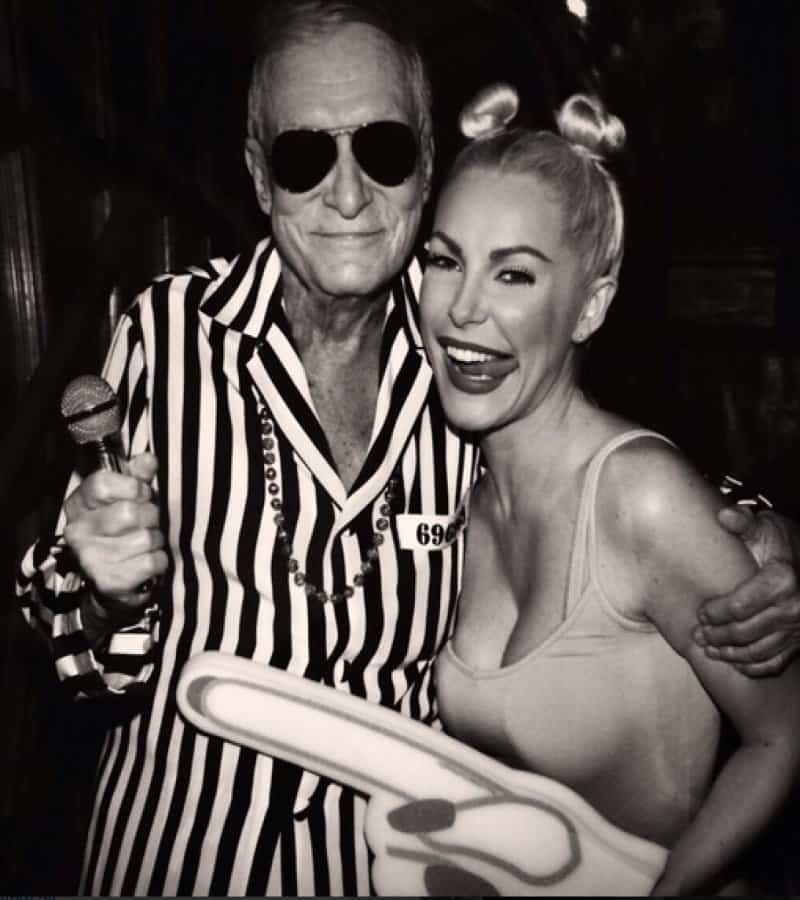 Hef and his 27 year old wife made an unfortunate decision to portray Robin Thicke and Miley Cyrus at the VMAs. 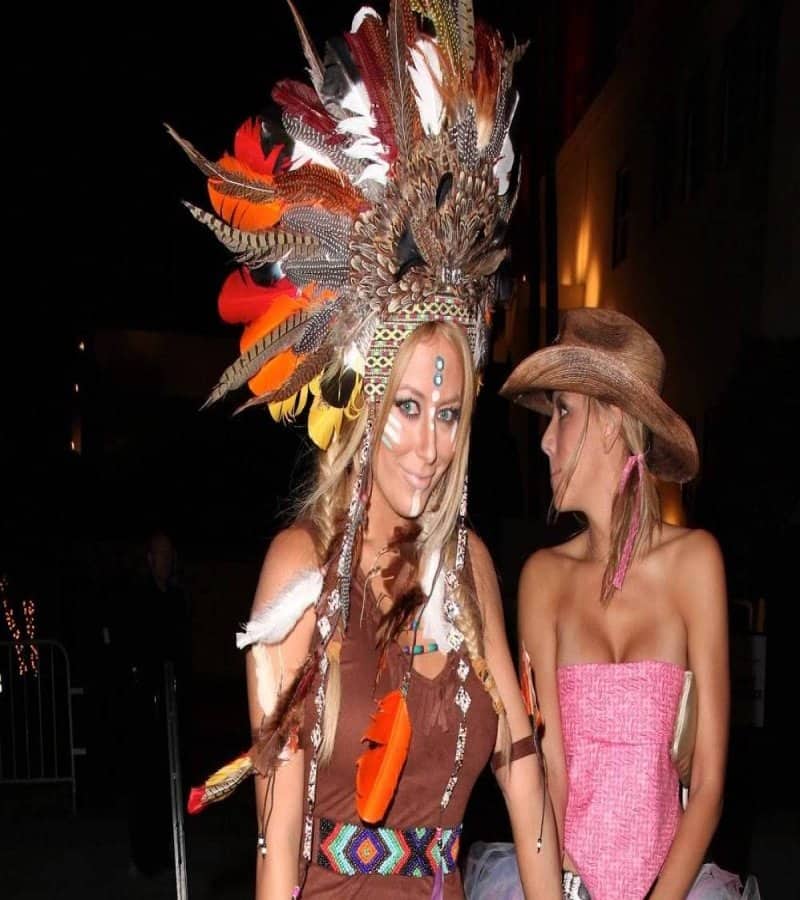 And another repeat offender on our hands. Aubrey, can you just find it in your heart to be a little more PC? 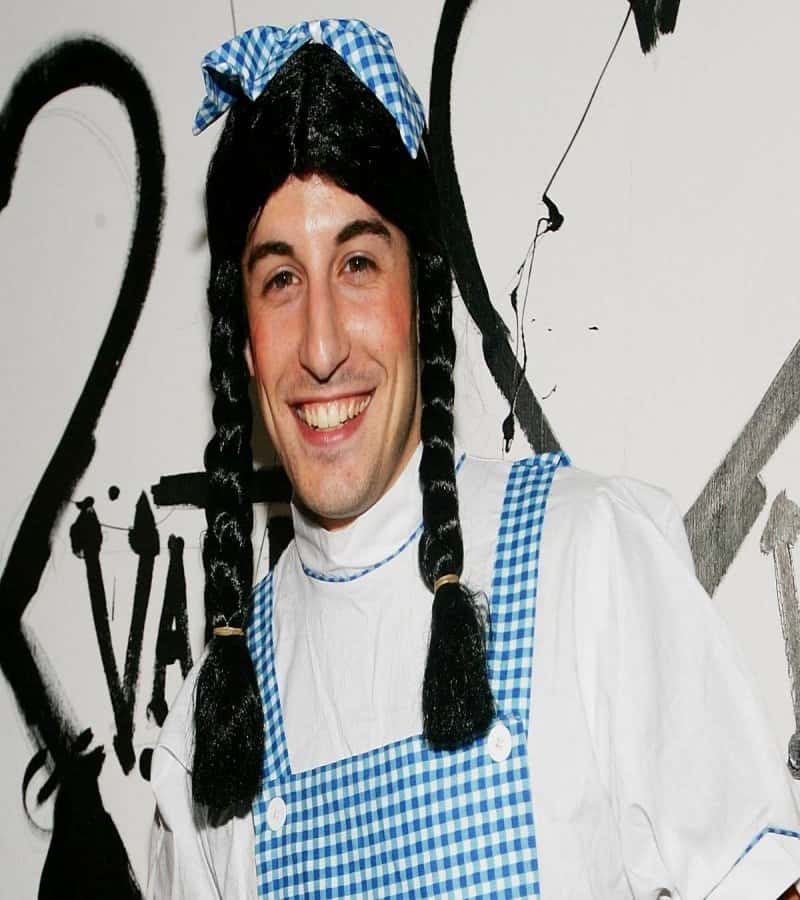 Honestly no words for this one. We just want to click our ruby slippers three times so we can get away from this image. 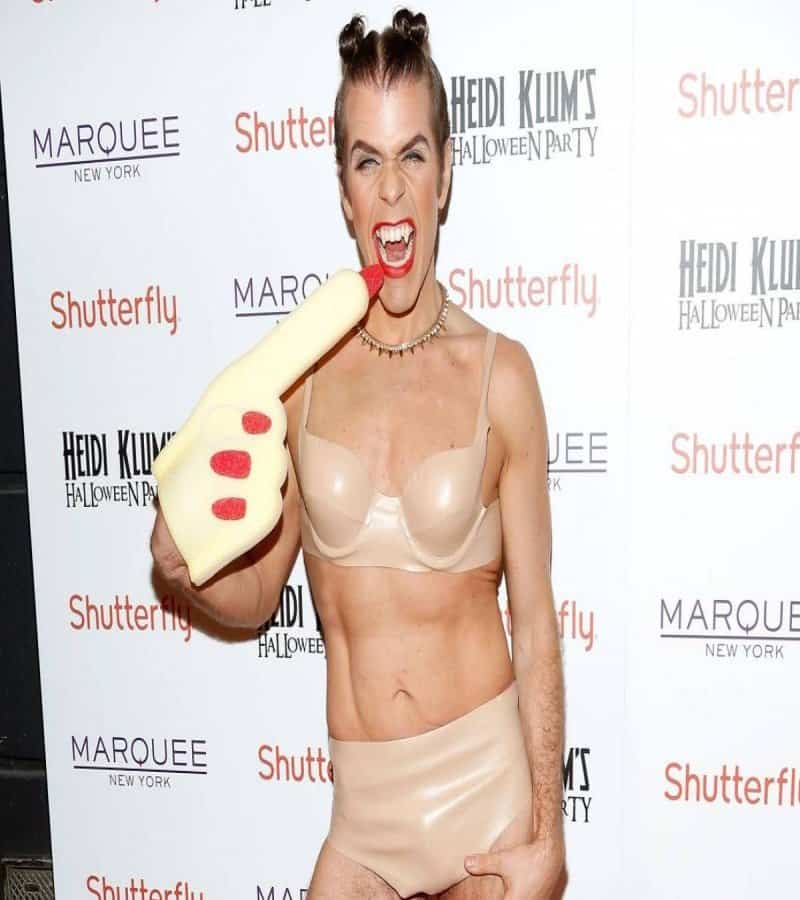 Last but definitely not least, Perez Hilton’s vampire Miley Cyrus costume. Wow. There is a lot going on here and all of it is a problem.