Today with a number of networks and companies trying to push innovation in TV Streaming forward and deliver great content, we get a completely new TV show or a renewed version of an old one almost every day. However, there are only a number of sitcoms who manage to reserve a place in our hearts and make us forget the worries of the day and just enjoy the little moments. Of course, each of our favorite characters in these has a special catchphrase which makes us smile, and we can’t say that a single character is funnier than the other, but we’ve decided to take out some of the best one-liners we’ve heard, mix them up with some of the best catchphrases ever heard in sitcoms and deliver them to you. So here we go! 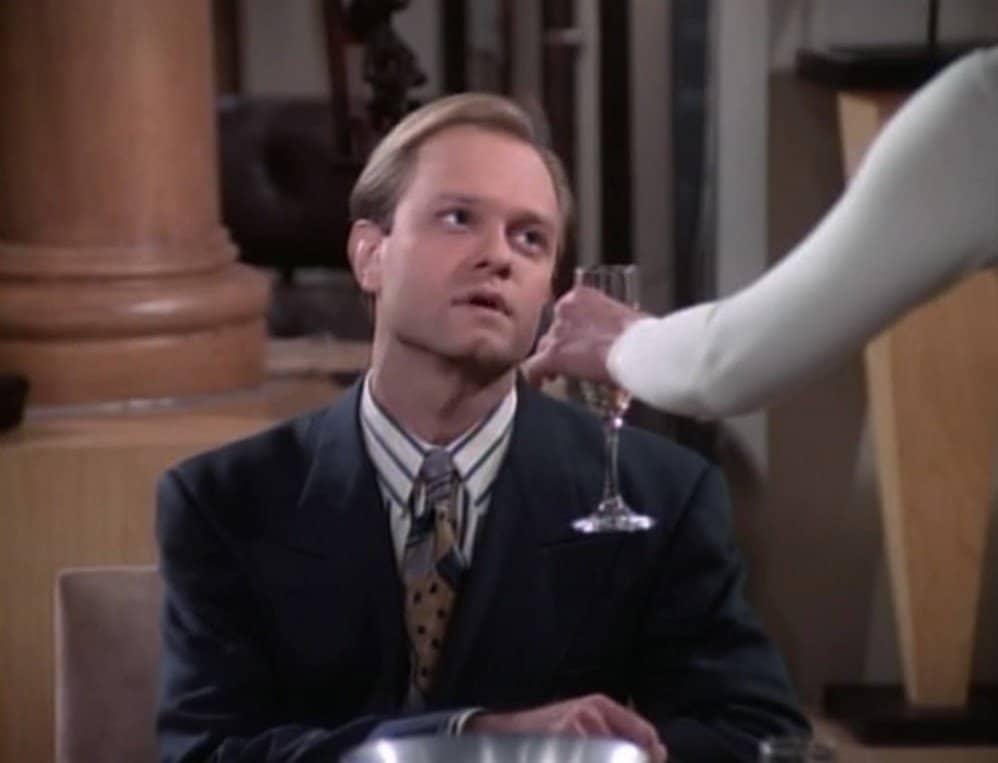 Although our younger audience has probably only heard for Frasier through online comments, the truth is that the show is one of the best sitcoms to ever be shown on TV. Although almost every single line from the show is a great joke, the infamous phrase from Neils Crane played by David Hyde Pierce will make us giggle every time. So, what did her eyes say? 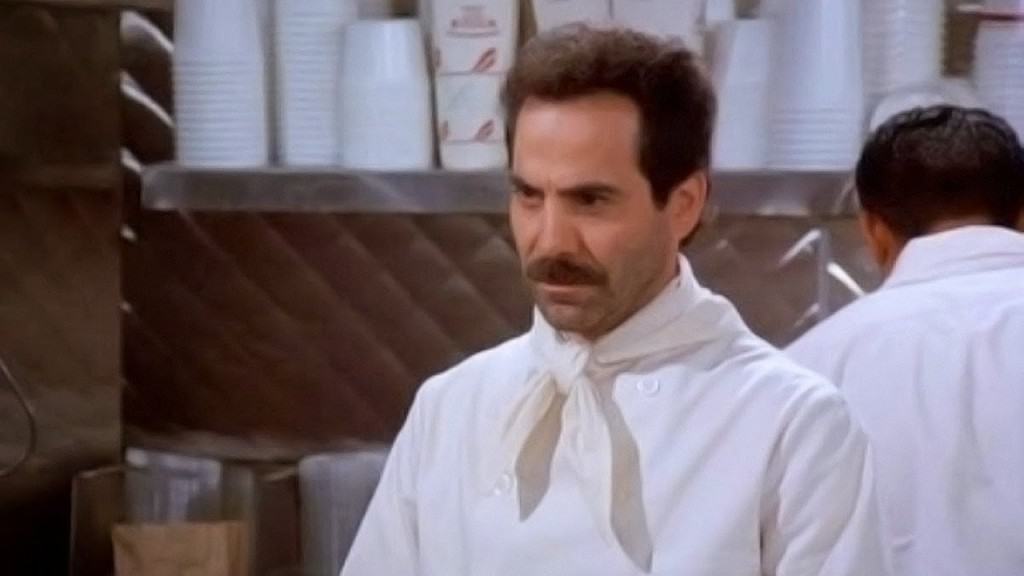 Loved and hated by generations, Seinfeld is no doubt one of the most iconic TV sitcoms of all time. Although there are a number of memorable lines from the show, including “Not that there’s anything wrong with that,” “Yadda yadda yadda,” and “shrinkage” among others, the infamous catchphrase, which spawned a meme and is used to this day “No soup for you” is by far our favorite. 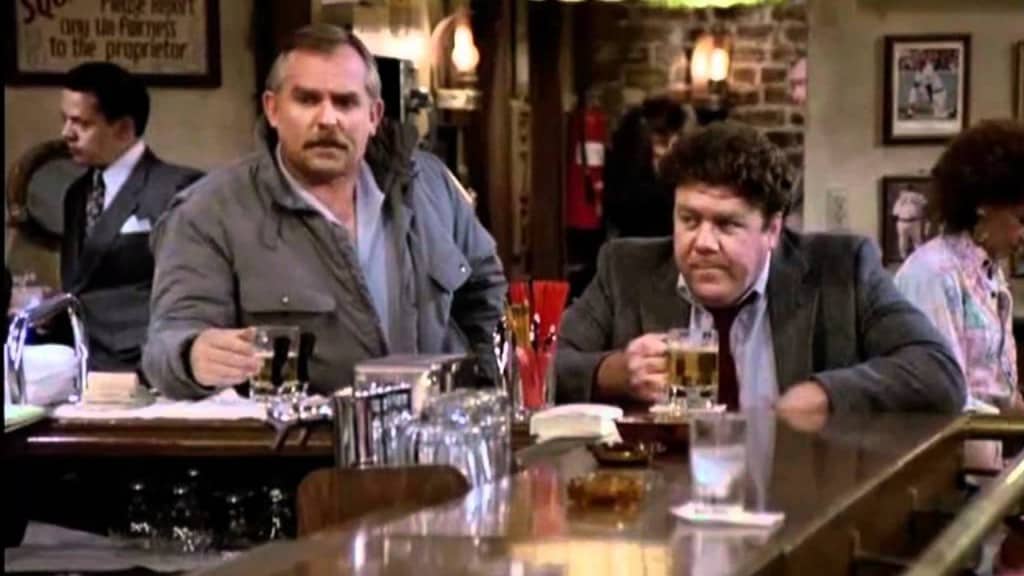 If you are looking for a great one-liner joke to tell your bartender next time they ask you for another beer, look no further than this one. The infamous joke from Norm in the iconic sitcom Cheers may very well be one of the most hilarious one-liners ever. 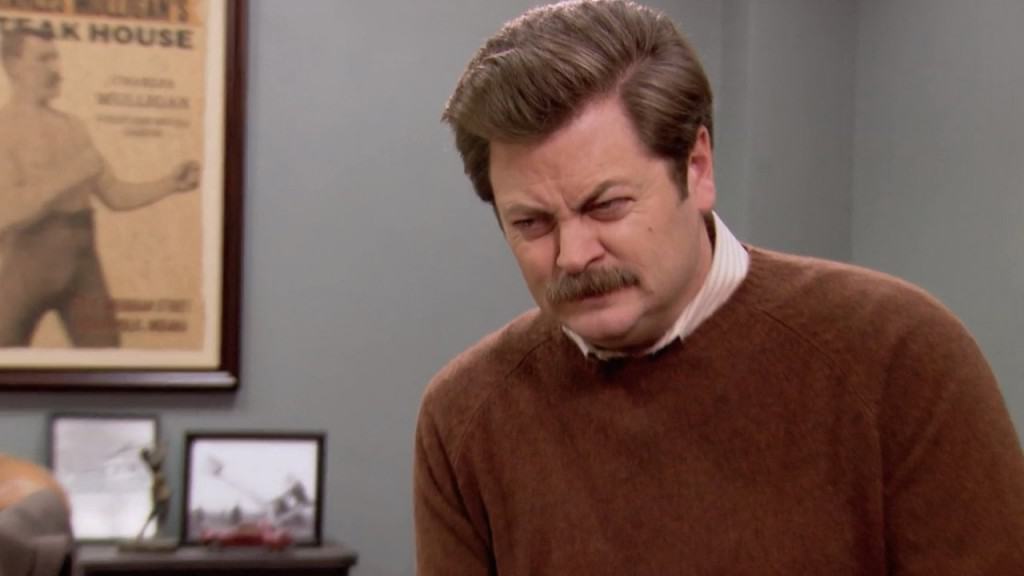 This line or pretty much any advice from Parks and Recreation’s Ron Swanson is both hilarious and extremely true at the same time. Fans of the show praise the character in a special manner, and it’s true that if you want some deep motivation on your wall, getting the ‘Swanson Pyramid of Greatness’ is the right way to go. 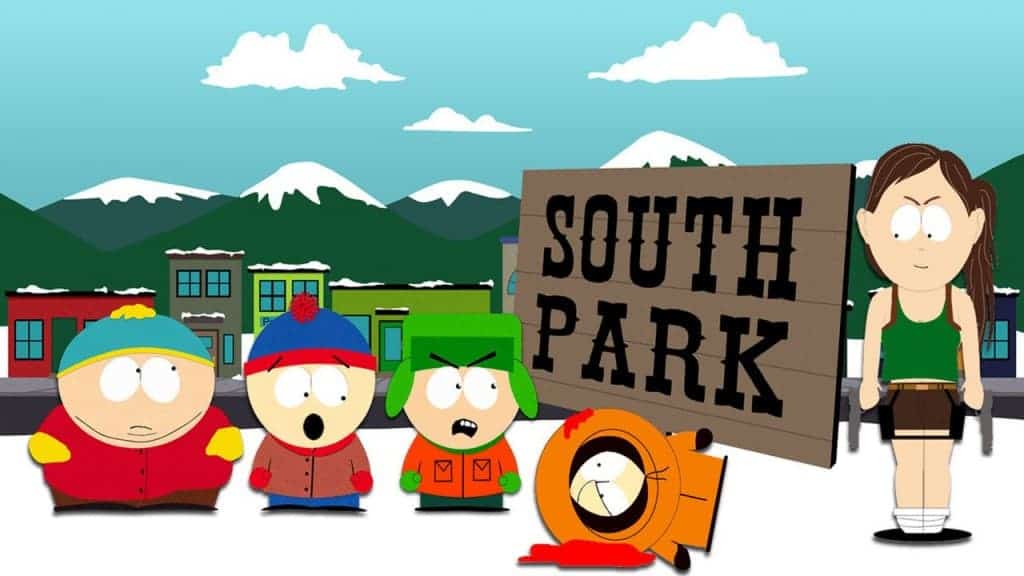 South Park’s most memorable line of all time turned into a running joke in the show, and without a doubt is one of the most infamous catchphrases in TV show history. Even though some would argue that the animation is a Sitcom, it is without a doubt one of the funniest shows on the air.

“I Don’t Know Him Well Enough For A Stop And Chat.” 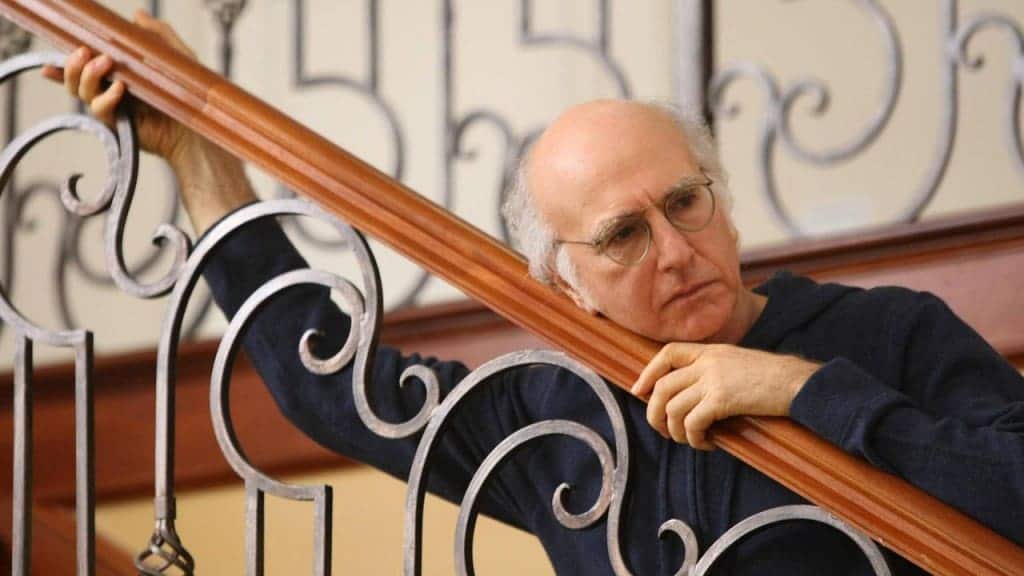 Larry David, playing himself in Curb Your Enthusiasm is probably one of the funniest characters ever to be captured on screen. With his unique quirks and extreme awkwardness, hilarity always ensures, thus we could’ve pretty much put any other of his lines here.

“Are We Having Fun Yet?” 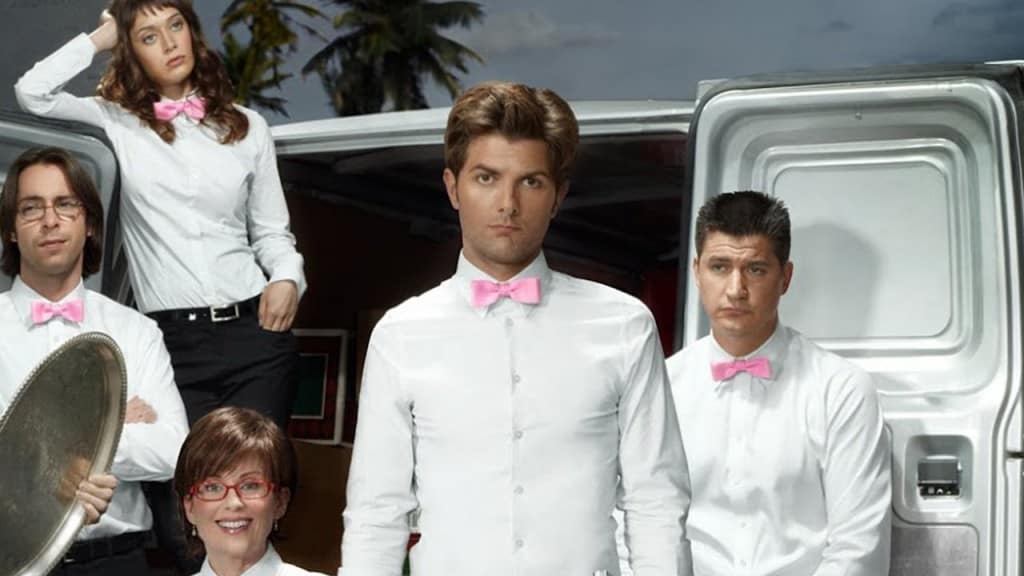 Are we? Although most of you probably know Adam Scott from Parks and Recreation, he also played role as Henry Pollard in the less known sitcom Party Down. As you probably expect from Adam, to see him irritated, because of the lack of reason in others, as well as cringe and die a little inside, captured with the phrase “Are We having fun yet?” will simply make you laugh out loud.

“I’ve made a huge mistake” 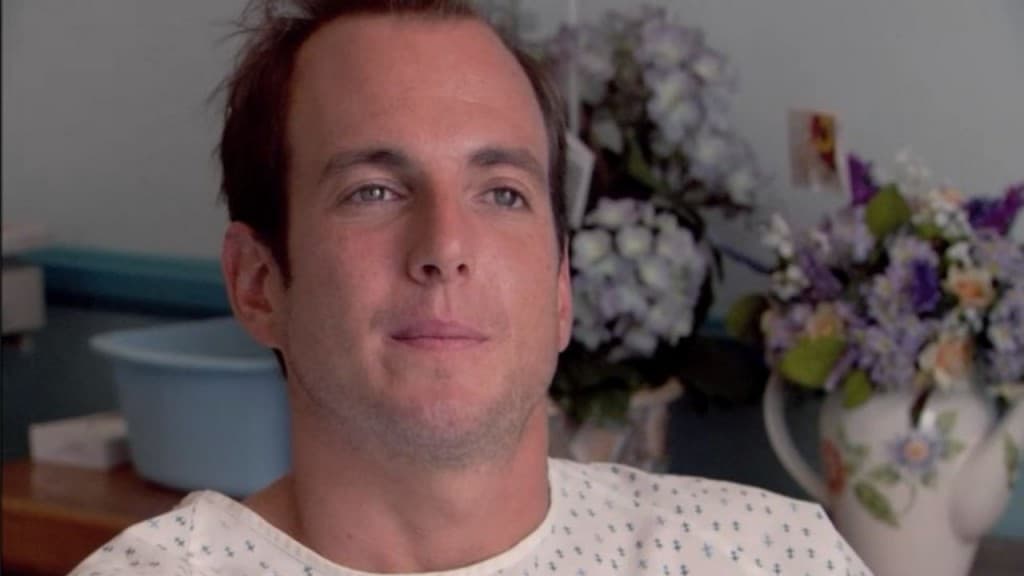 One of the things that made Arrested Development so popular are its running joke. Although the banana stand, buster losing his hand or Tobias’ Blue Man Group Obsession are funny in their own sense, Gob’s unreasonable character and the hilarity that ensures after he realizes his mistake is definitely one of the funniest running gags of the show. 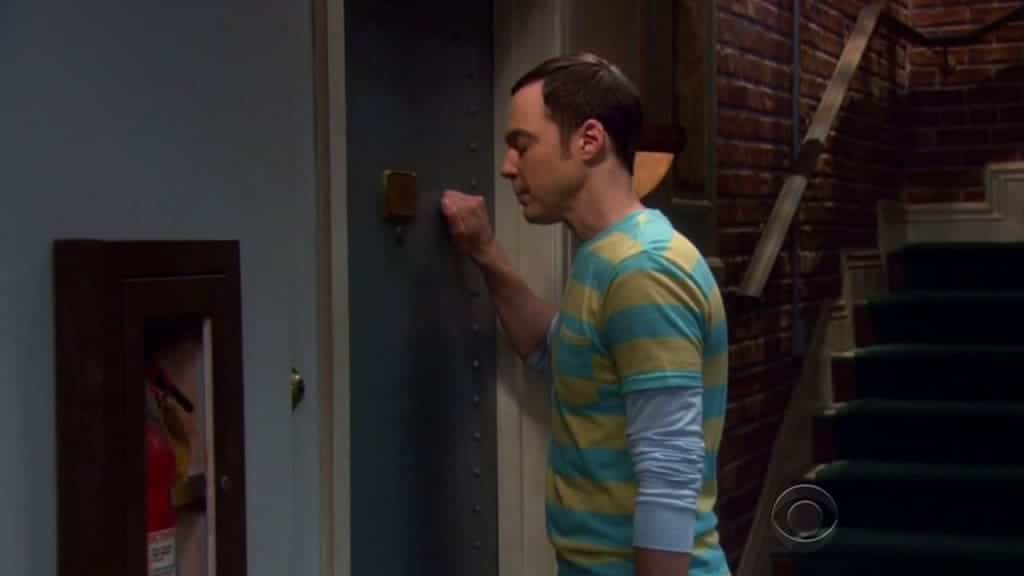 Although in recent days most would argue that The Bing Bang Theory has lost it’s charm, Sheldon’s extreme quirkiness will always make us laugh. His obsessive compulsion to repeat Penny’s name every time he knocks on the door and to knock three times makes everyone giggle. 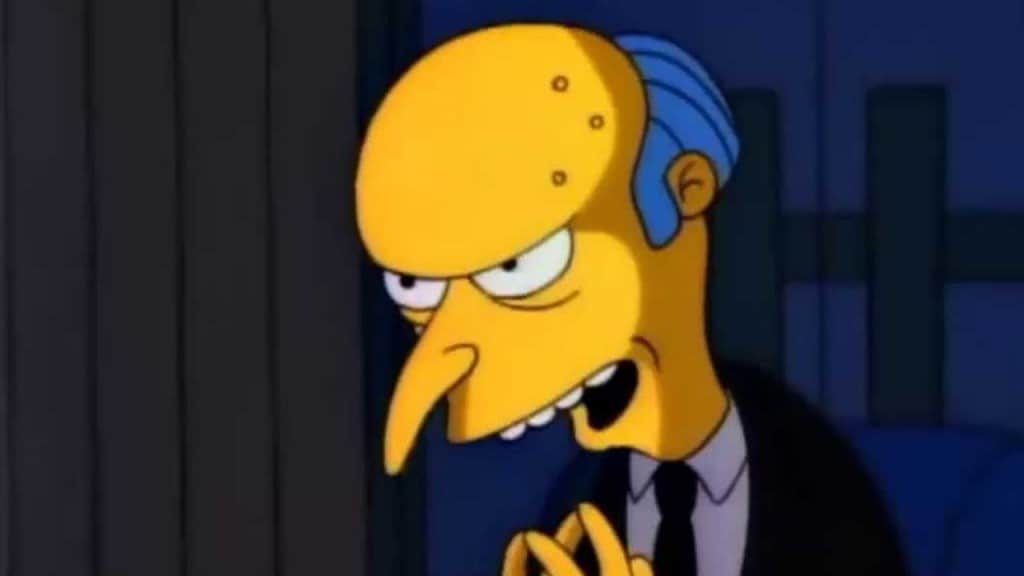 There are a number of amazing catchphrases from the huge number of Simpson’s character rooster. While Homer’s “D’oh” is probably the most popular one, for the most hilarious we decided to stop on Mr. Burns’ “Excellent!” as his moments are always extremely funny in their own manner. 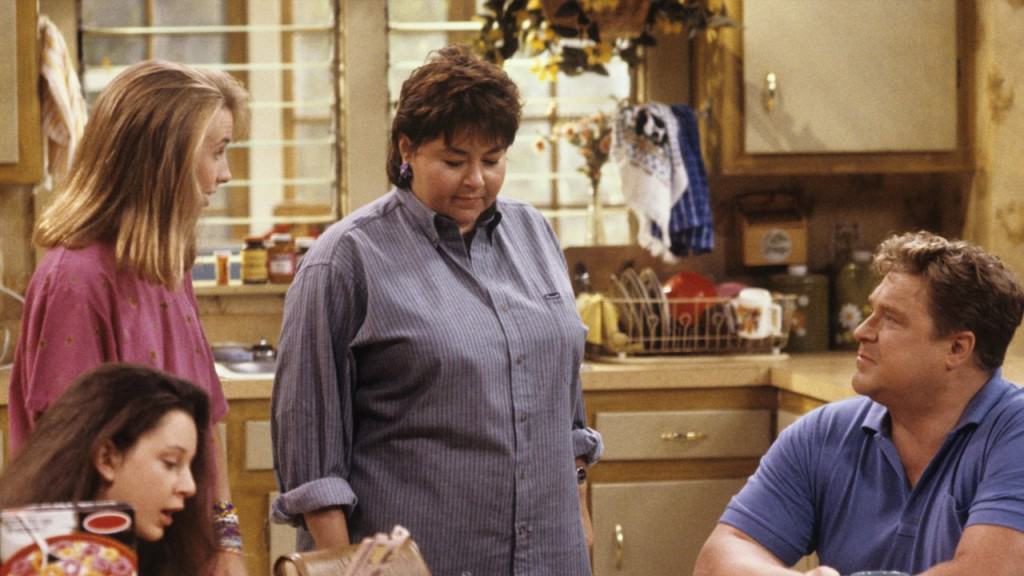 Roseanne, a show most of us remember from our childhood, is without a doubt a staple in TV’s history. Being the spiritual successor of Two Broke Girls and extremely funny, the show features a number of running gags and funny jokes, but Roseanne’s “well, middle class was fun,” will always be our favorite. 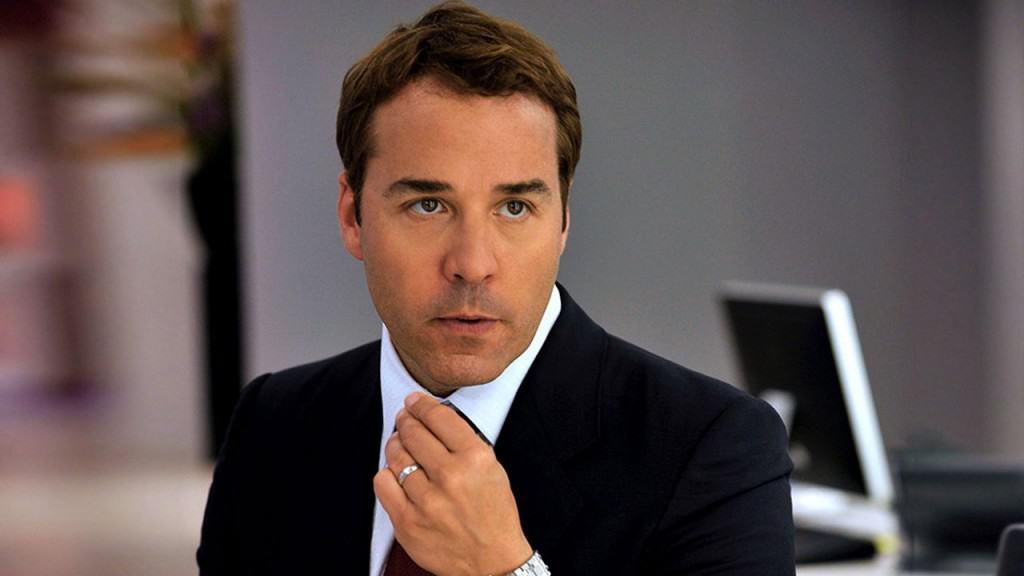 Entourage is one of those sitcoms that can’t really find it’s place in the TV universe, resulting in a number of crazy episodes and at times unnecessary or even meaningless plot. Nonetheless, the show has it’s funny moments and Ari Gold’s “Let’s hug it out, bitch!” one-liner is always hilarious. 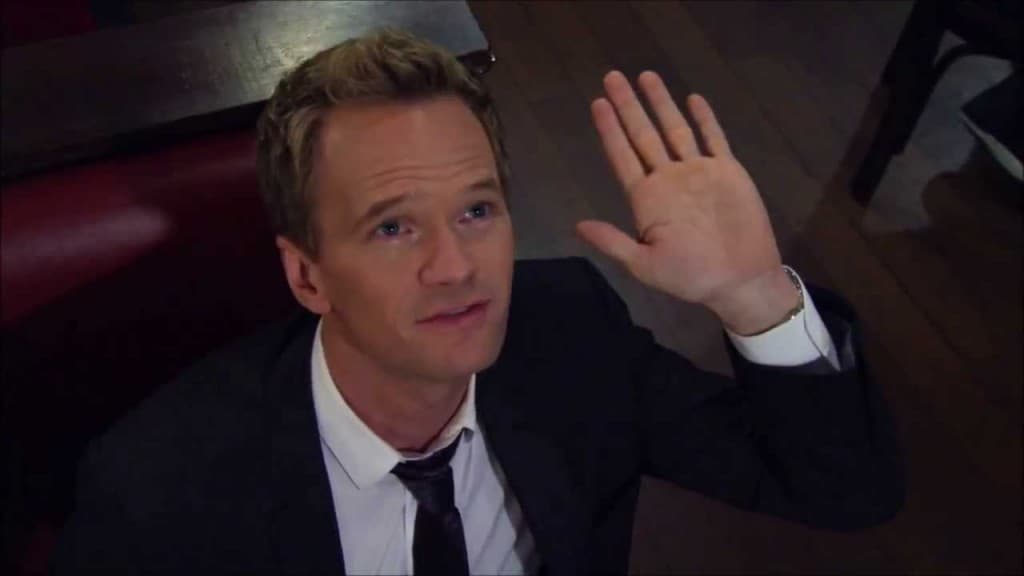 Okay. We all know that Barney from How I Met Your Mother is the coolest guy to ever live on the planet that is television, so his presence here on the list is almost compulsory. Making us smile, laugh or feel awesome, his skits are always the best, thus our indecision to choose between his “high five” or his “it’s going to be legend, wait for it … “ catchphrases was difficult, so why not include both?

“Your Music’s Bad And you Should Feel Bad.” 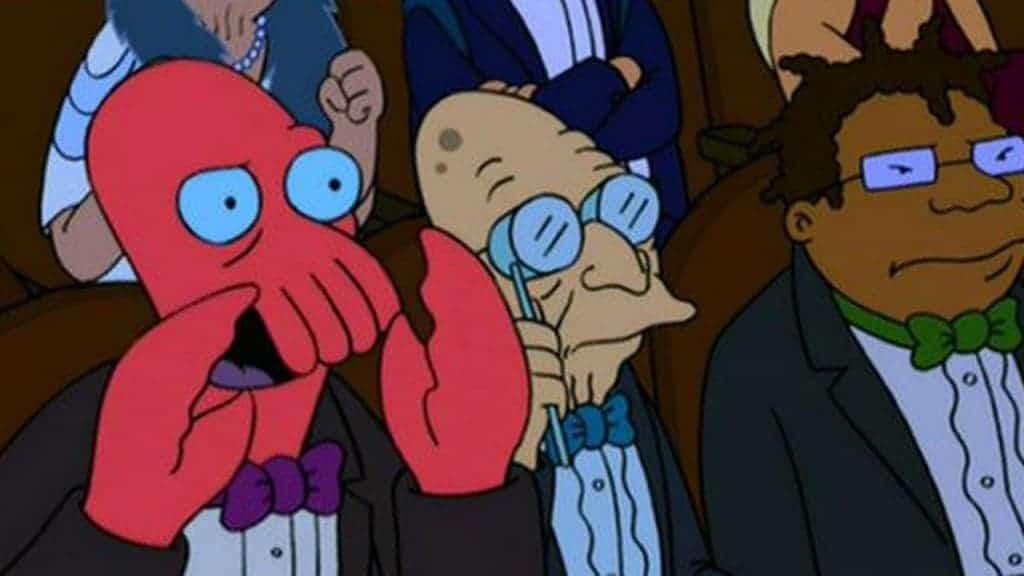 From “Bite my shiny metal,” to Zoidberg’s extremely funny escape method, when he feels ashamed or in danger, Futurama has covered all the bases for strange, quirky and awesome humor.

“I Was So Unpopular In High School That The Crossing Guard Used To Lure Me Into Traffic.” 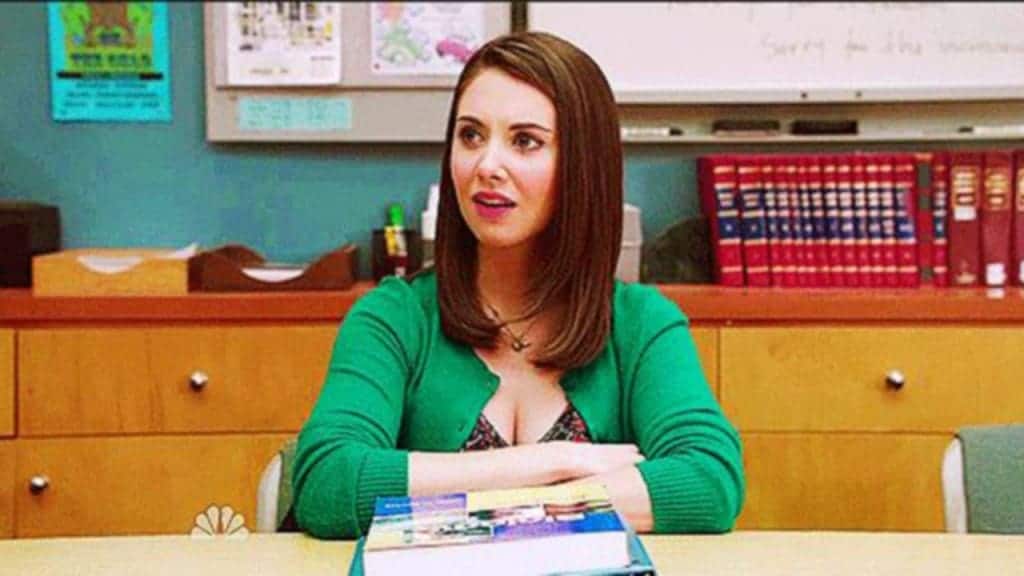 Cancelled and ressurected a number of times, because of the sheer dedication of it’s fans, Comminity is the sitcom that’s cool, full with jokes, but extremely messy in its own manner. And Annie‘s one liner will definitely make everyone giggle, even if they haven’t watched the show. 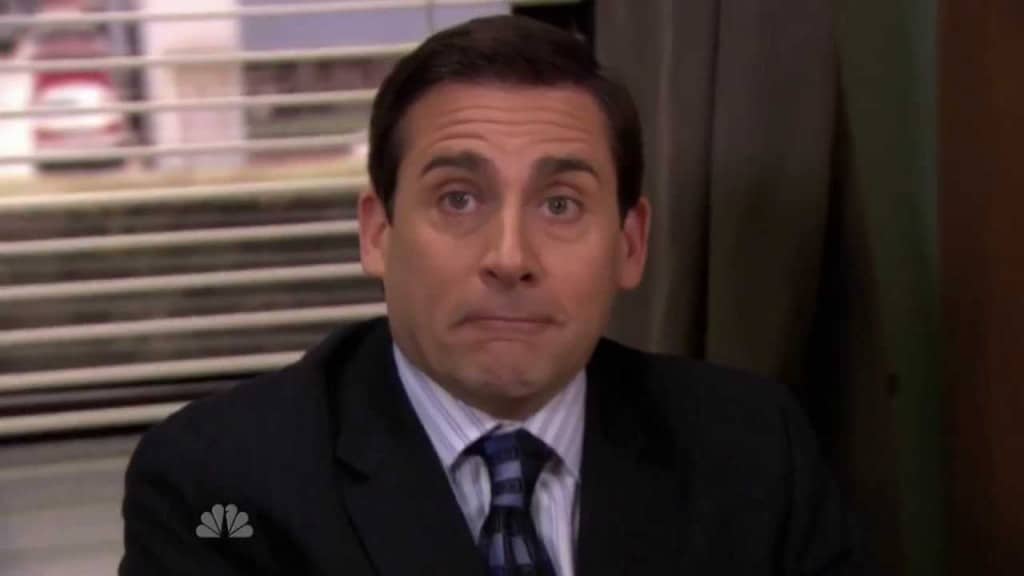 Unique in it’s mock-umentary style and turning every idea of a funny comedy sitcom on its head to make even the seemingly most mundane moments of the everyday office life into funny joke, The Office will always be in our hearts, even though it ended a couple of years back. And even though almost every character from the show has made us laugh multiple times, Michael Scott’s “That’s what she said” is always the funniest. 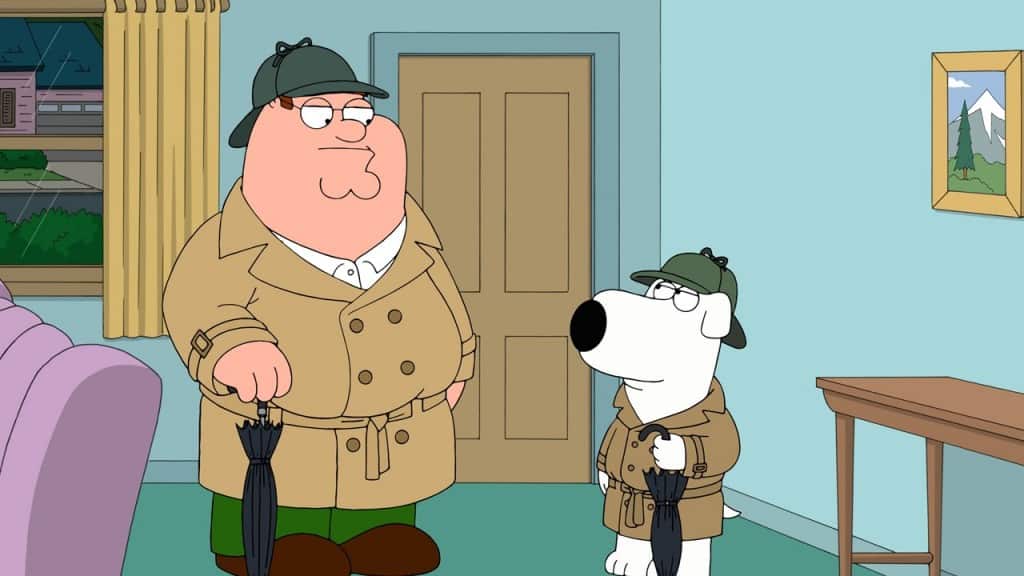 If there’s one show that’s worth watching only for it’s one-liners, it’s definitely Family Guy. Full of quick and funny jokes put in seemingly random places throughout the episode, Seth MacFarlane’s animation masterpiece is as hilarious as hilarity can get. Although Family Guy‘s jokes are worth their own list, Peter’s idiocy always ensures a few laughs. 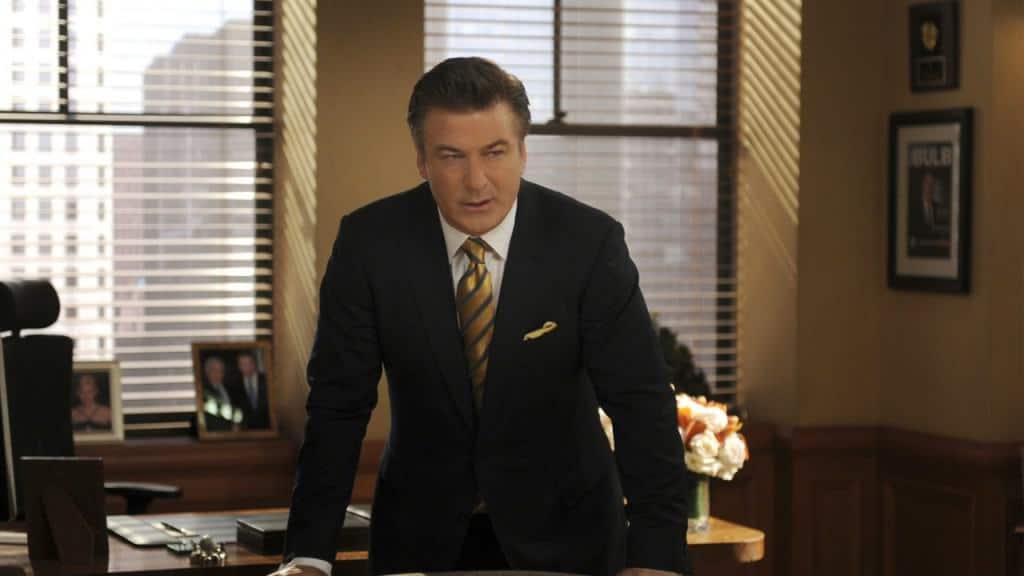 A true comedy hero, Jack from 30 Rock has a number of memorable one liners that would make everyone giggle. Only one example would be “TGS with Tracy Jordan without Tracy Jordan is an oxymoron, like ‘liberal government’ or ‘female scientist,’ but we decided to stop with his judgment on the hippies – ‘Never Follow a Hippie to a Second Location.’

“I’m Glad We’re Having A Rehearsal Dinner. I Rarely Practice My Meals Before We Eat.” 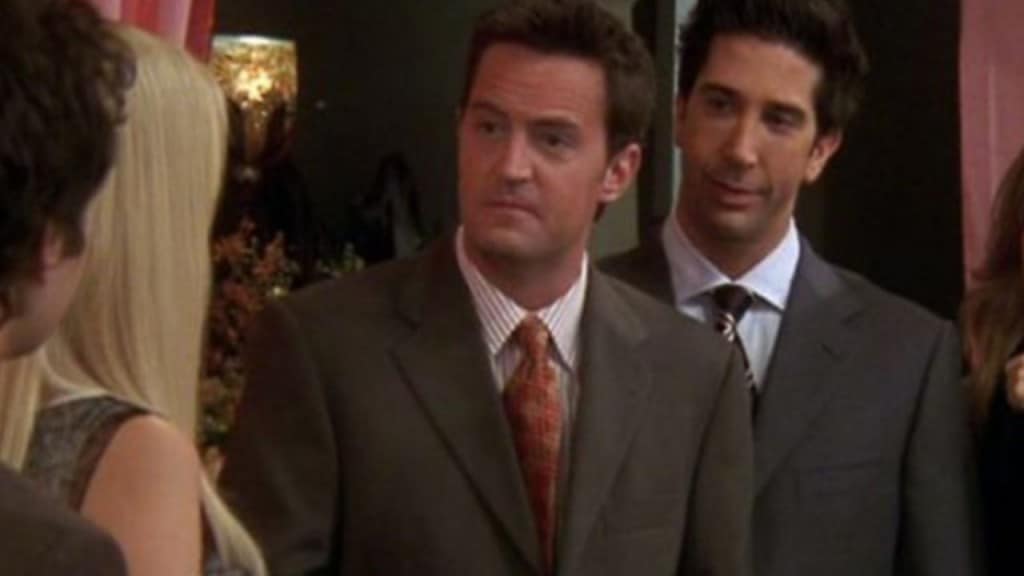 We can’t talk about sitcom one liners and not mention the king of one-liner jokes in arguably the most infamous TV Sitcom of all time – Chandler Bing from Friends. And although his zingers are numberless, one that’ll forever stay pure comedy gold is his “I’m glad we’re having a rehearsal dinner. I rarely practice my meals before we eat.” one-liner joke.

“I’ve Always Felt Out Of Place In Public School, Like A Long Petunia In An Onion Patch.” 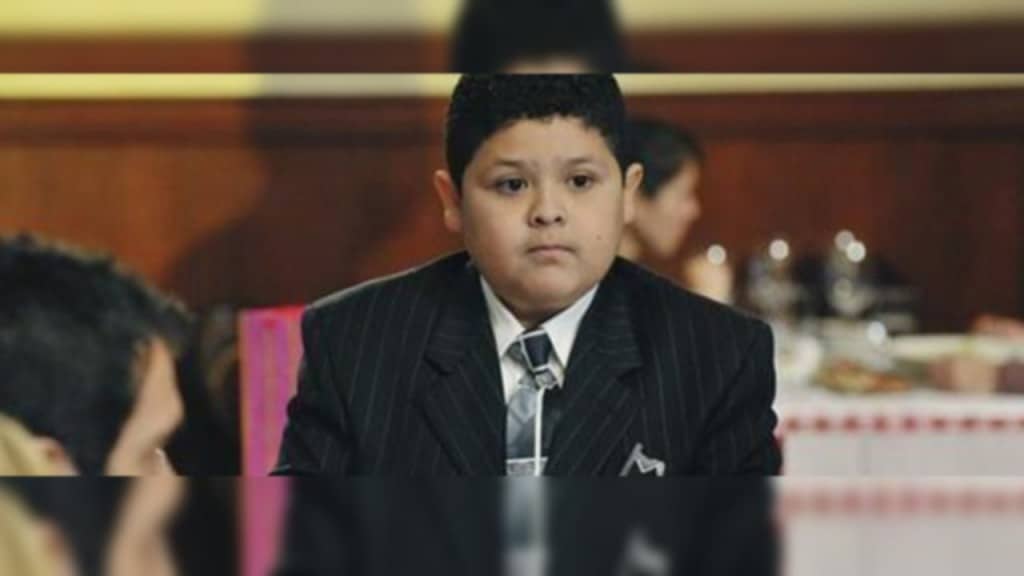 We love every single joke from Modern Family, but we’ll give the spot to mention Manny‘s one-liner “I’ve always felt out of place in public school, like a long petunia in an onion patch,” as the kid always manages to make even the most serious situations into hilarity rides.