The word “diversity” aptly describe India. Not only are there many different cultures, languages, castes and colors in India today, but the country itself is like a storybook. It is full of strange and wonderful stories, some of which are difficult believe, but they actually do exist. Take a moment for yourself to look at what a truly diverse nation India is. Of course, along with this great diversity comes certain quirks that will honestly amaze you. 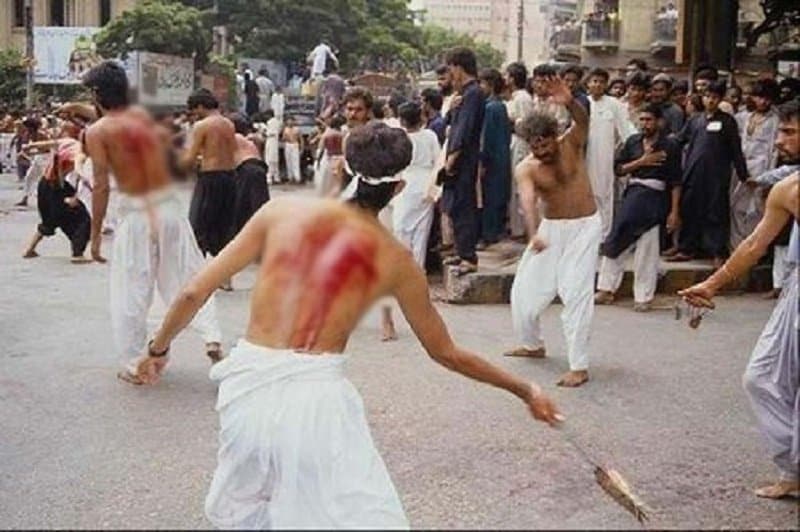 Muharram (the first month of the Islamic Calendar) is the anniversary of the Battle of Karbala. India’s Shi’a Muslims mourn the event by flogging their naked bodies with ‘Matam’ (chains containing razor blades or knives). 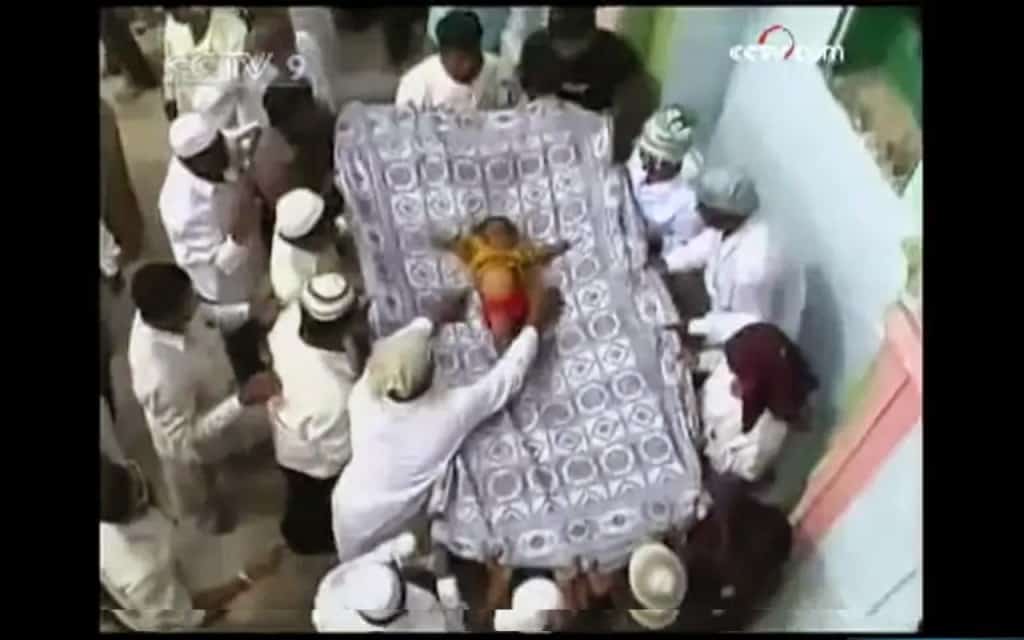 Each December in Karnataka, married couples toss over 100 babies from a temple roof into the crowd below, which is holding a cloth that’s meant to catch them. Participants believe that the 200 foot plummet brings good health and luck to the family. 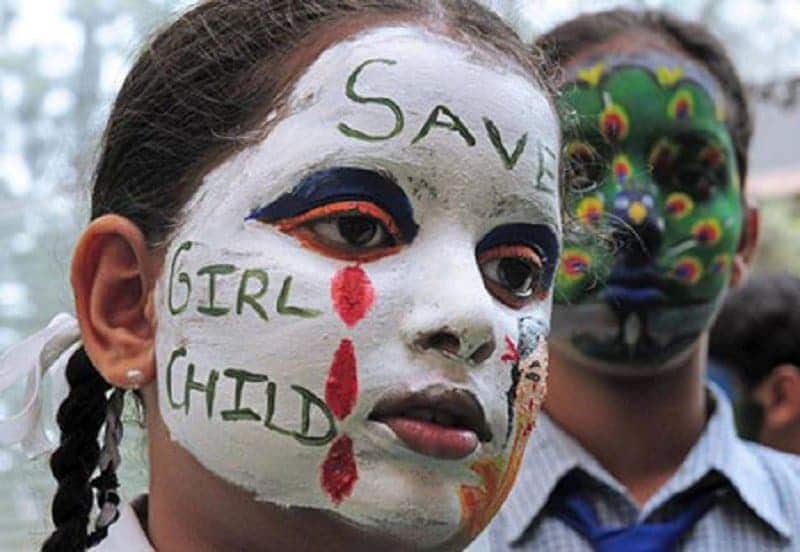 India’s culture views male children as more desirable than female children. Preference is so extreme that female infants are oftentimes killed or set afloat in the river. 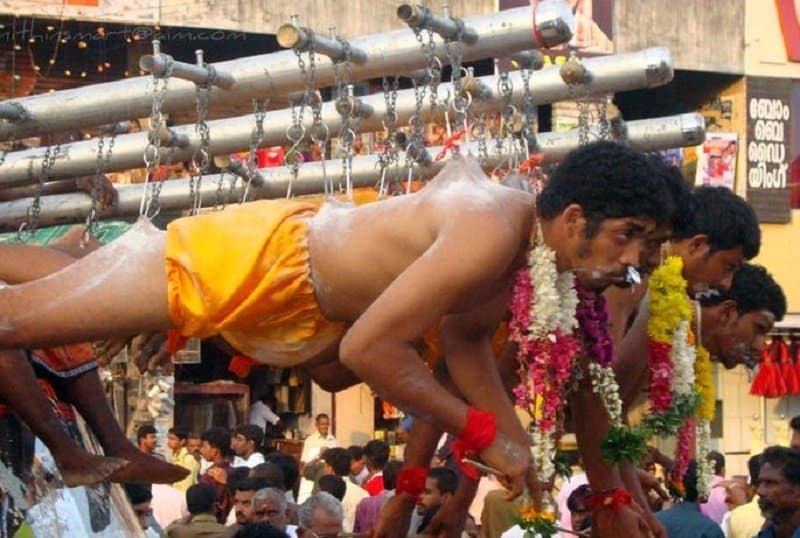 The “Thookam Festival” is celebrated in South India. Here, Hindu devotees pierce their backs with sharp hooks before being lifted up on scaffolding by ropes. They do this to please Goddess Kali. 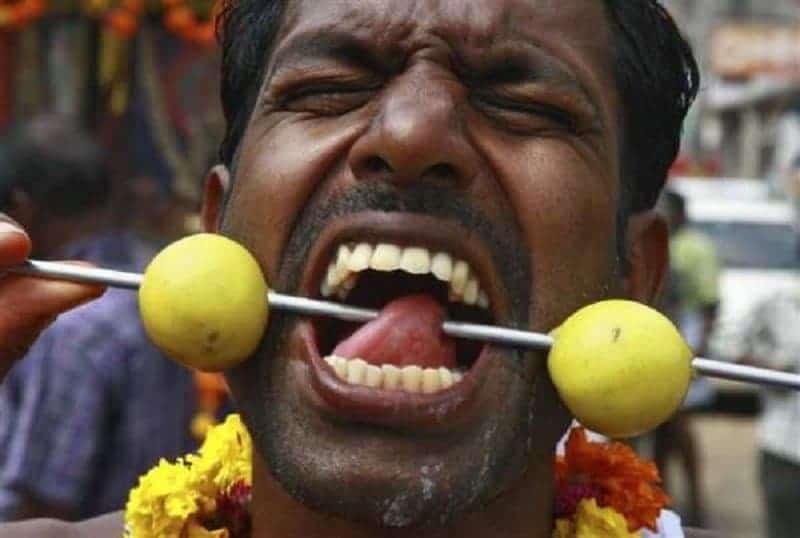 Participants use long, sharp needles made from wood or steel to puncture the tongue, making it permanently stick out of your mouth since it’s no longer retractable. The piercing ceremony is typically followed by dancing.

The Bani Festival in Andhra Pradesh 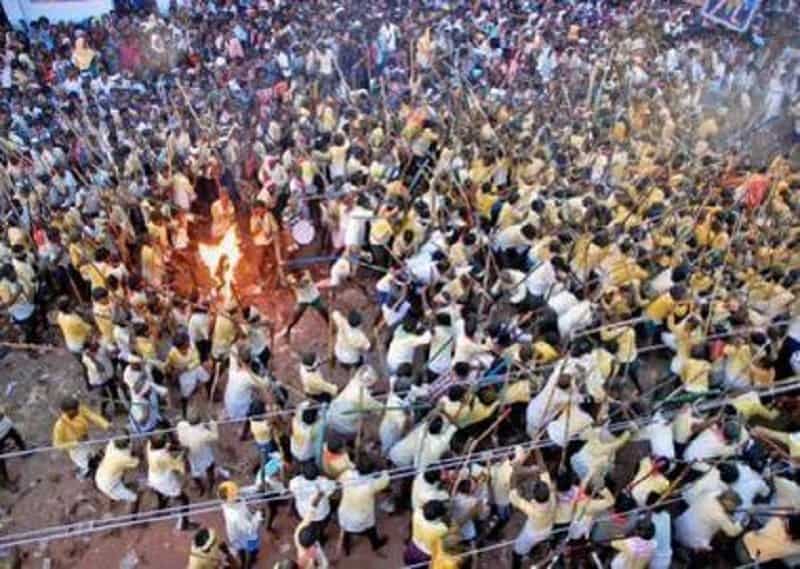 This is India’s version of the Hunger Games. Herein many lathi-wielding devotees hit each other on the head until midnight. 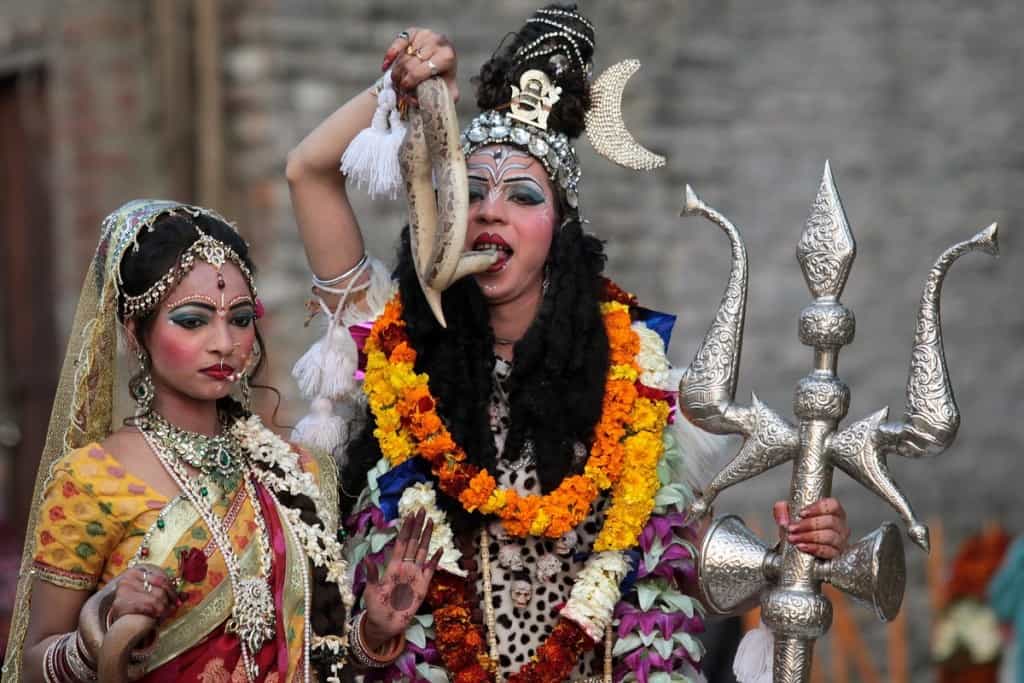 India celebrates Nag Panchami by worshiping cobras, praying to them and even offering them milk. 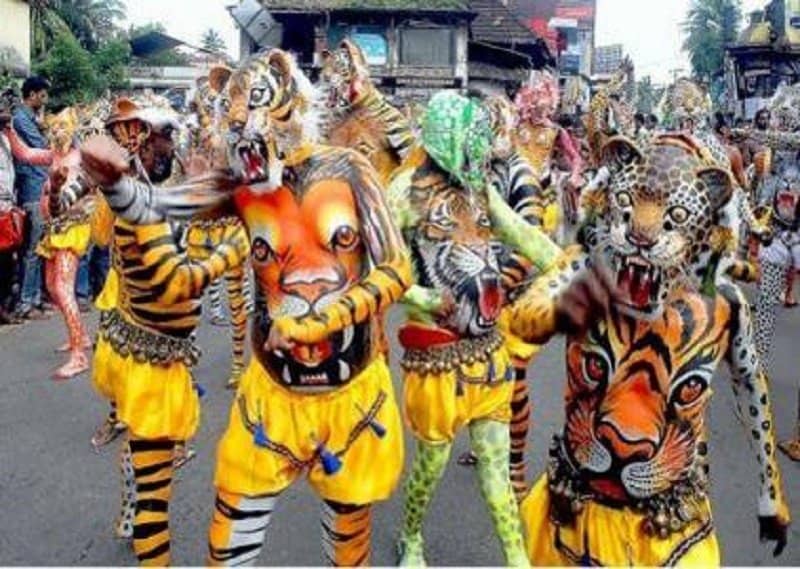 This colorful festival is celebrated on fifth day of Onam by trained dancers painted in bright shades of yellow, red and black taking their art to the streets of the Thrissur district in Kerala.

Frog Weddings in Assam and Maharashtra 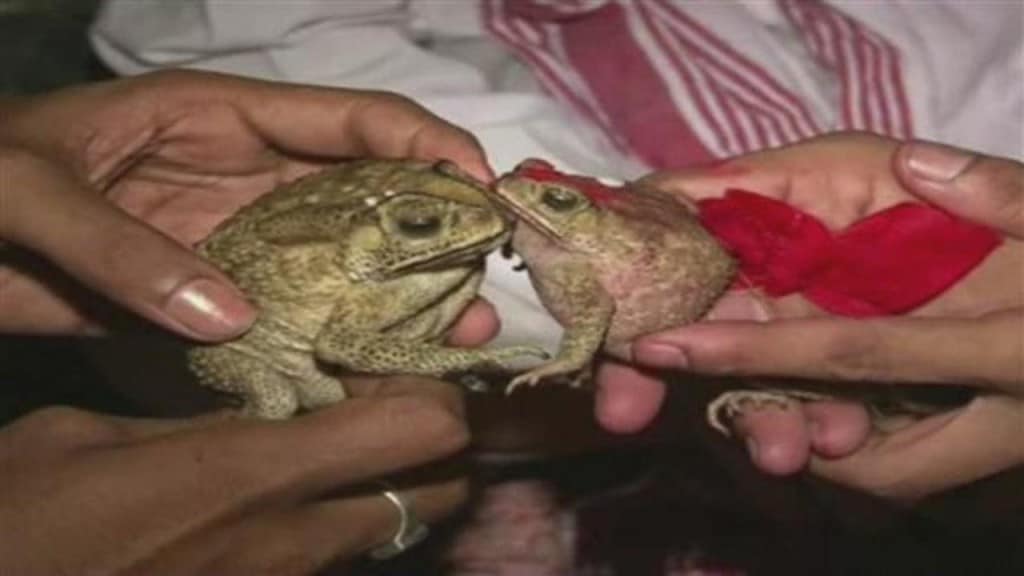 Since a farmer’s life practically depends on rain, people will do anything to please the rain Gods — so they perform frog weddings.

Be Trampled by Cows in Maharashtra 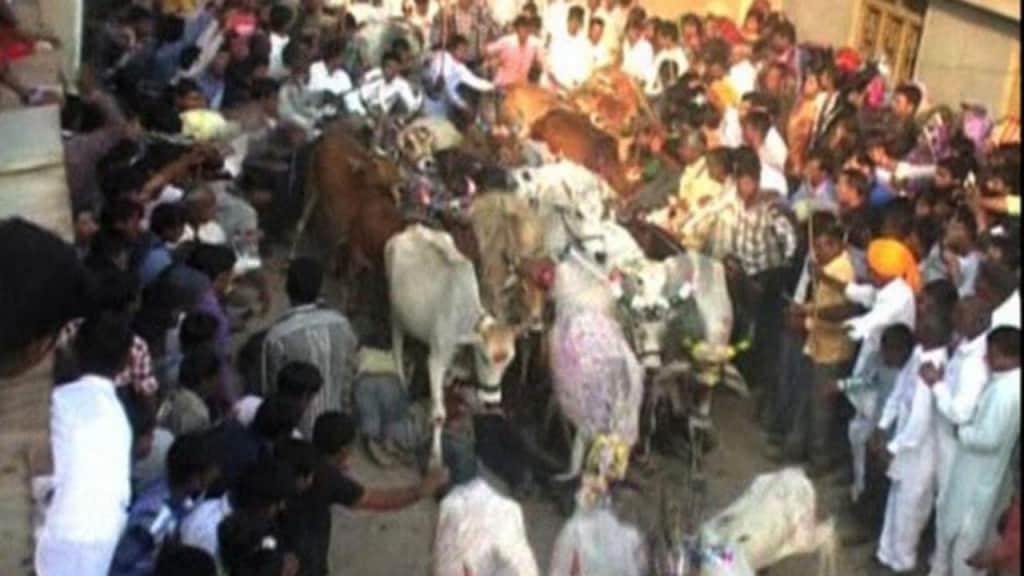 Indians hold cows in very high regard, which is why the people in the Bhiwdawad village in Maharashtra decorate them with henna and flowers on Ekadashi . They then lie down on the ground and let their cows walk all over them.

Smashing Coconuts on the Head at Aadi Festival in Tamil Nadu 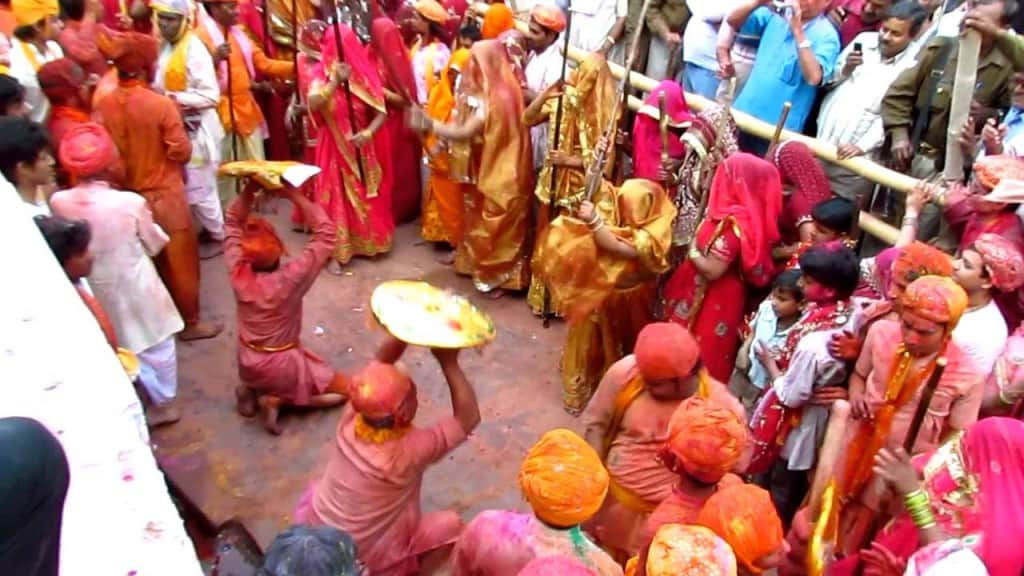 At the Mahalakshmi Temple in Mettu Mahadhanapuram, priests smash coconuts on their devotees’ head for good luck & health.

Exorcism of Evil by Marrying Animals 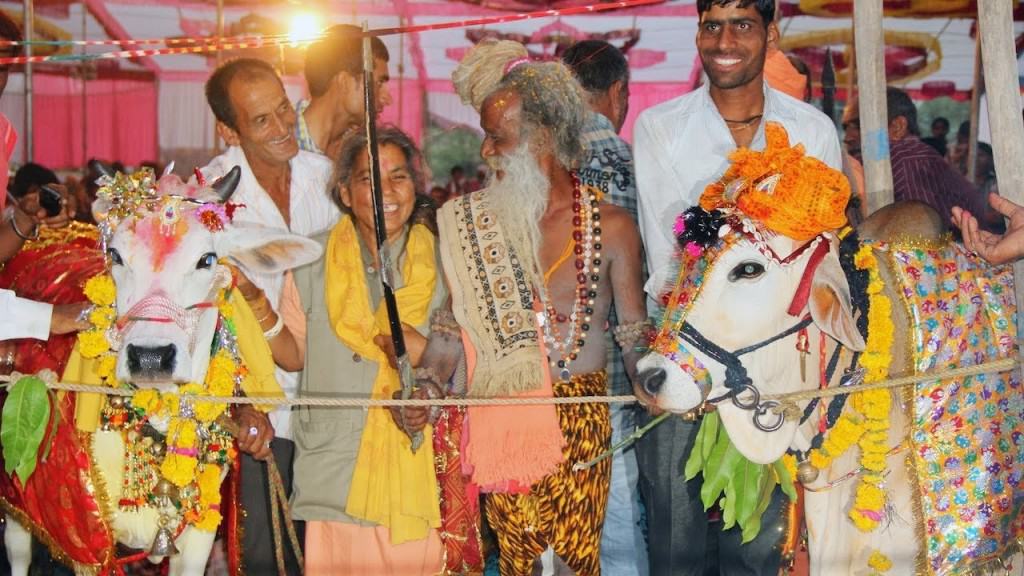 When female children are born with a tooth or some type of deformity, it’s believed that they’re possessed. Instead of seeking medical help, their parents marry the girl to a dog to exorcise the bad omens. 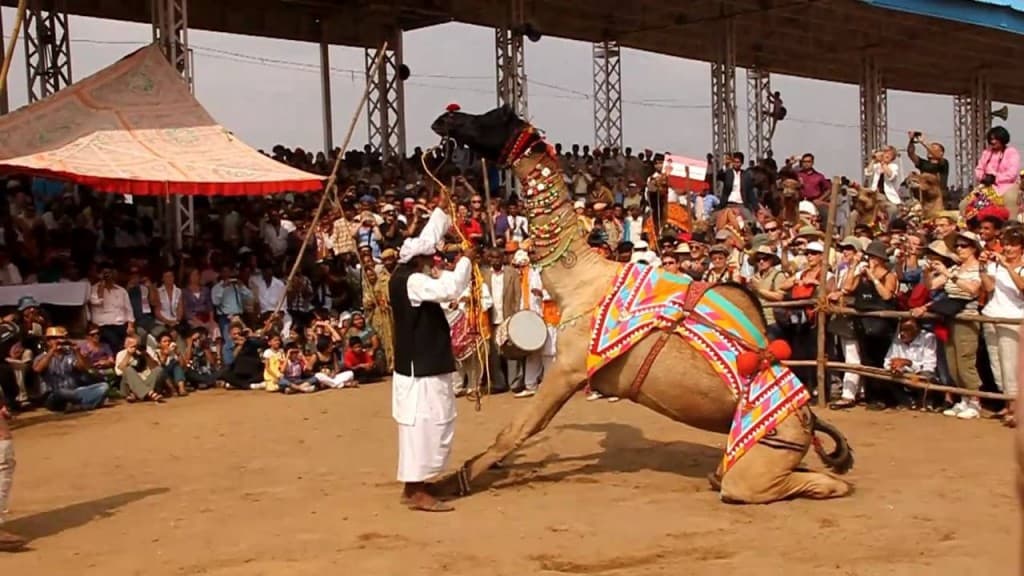 Each November during the Kartik Purnima full moon the Pushkar Mela holds its spectacular camel fair. Participants dress up over 50,000 camels, parade them around and have beauty contests for them. 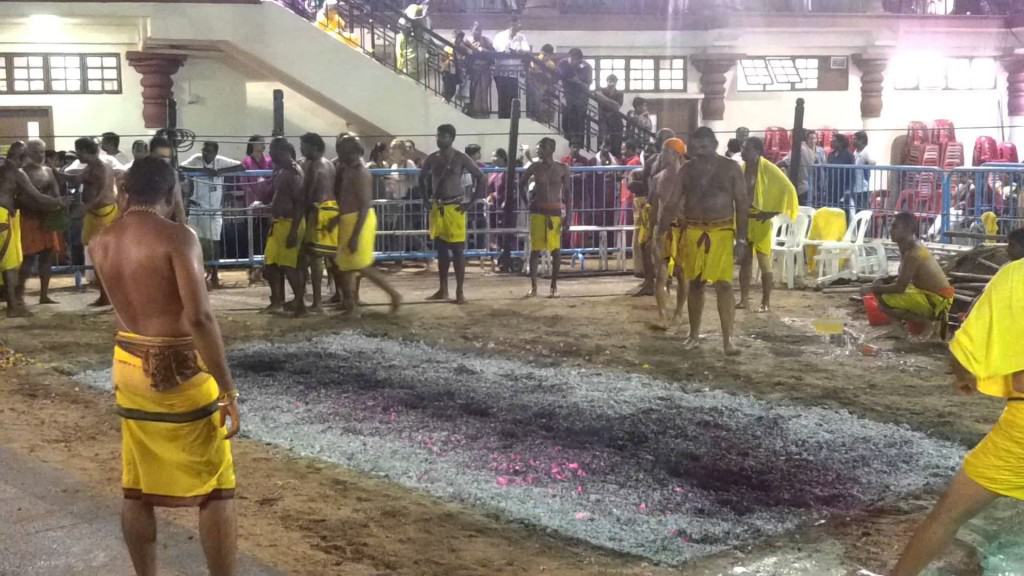 Walking over fire is a purifying act, which is why it’s part of the Theemithi festival honoring Draupadi. Devotees who take part in this festival believe they’ll be blessed by the Gods and that their wishes will come true. 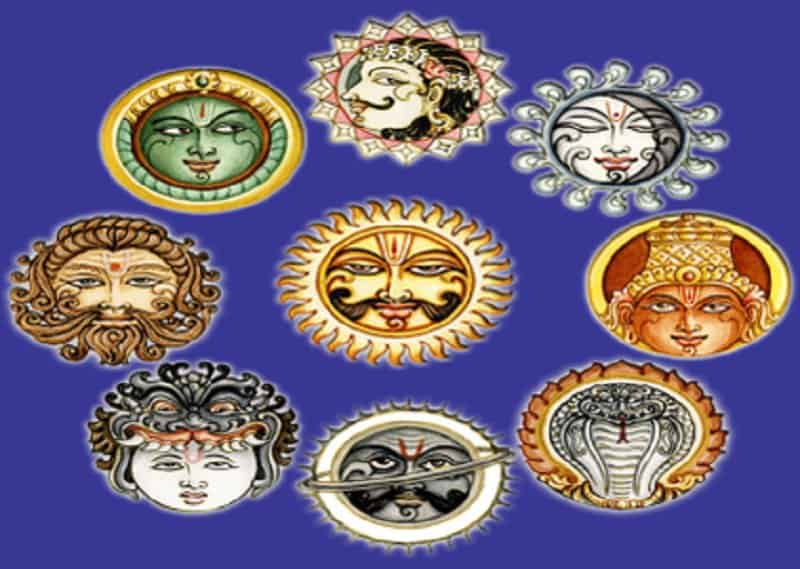 This is an astrological ritual that’s performed when you think that a moon is giving you bad luck. This ritual reduces negative affects and improves positive energies. 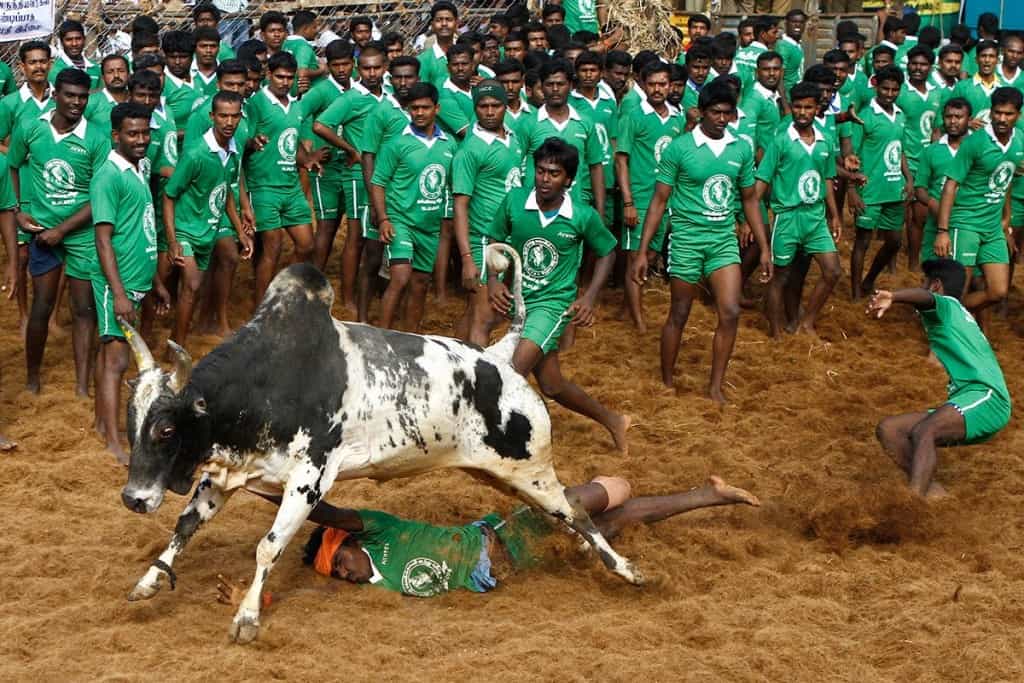 There are still matadors living in India today. Their practices are very traditional and dangerous since scores of men are chasing after bulls to try to snatch a prize from its horns.

Rolling Over Left-Over Food in Karnataka 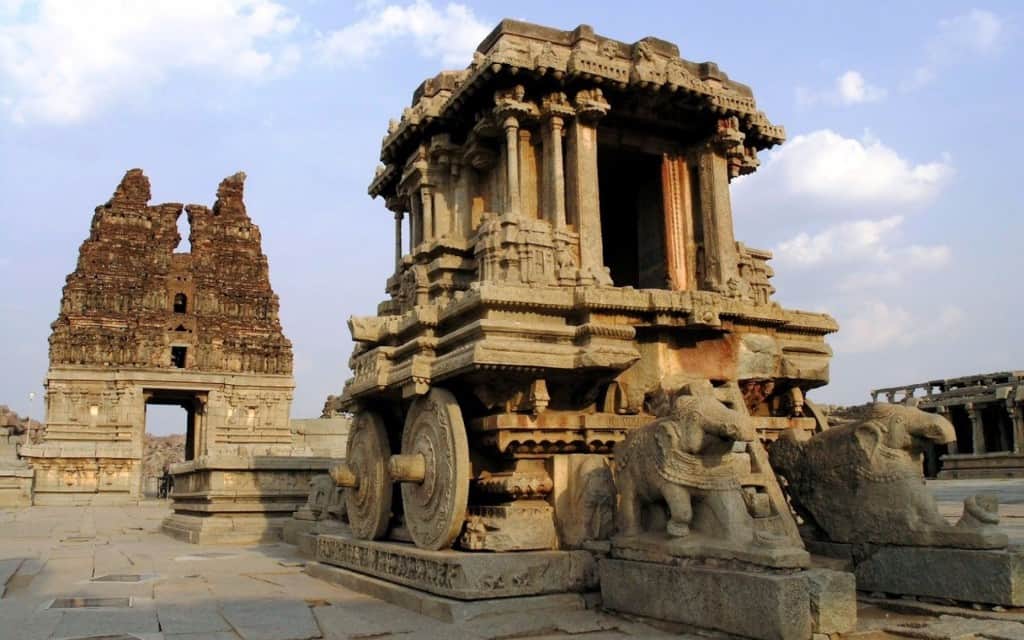 Brahmins think they’re superior to lower castes and this ritual “capitalizes” on it. Here folks from the lower caste roll over the Brahmins’ left over food to rid it of evils and ailments. 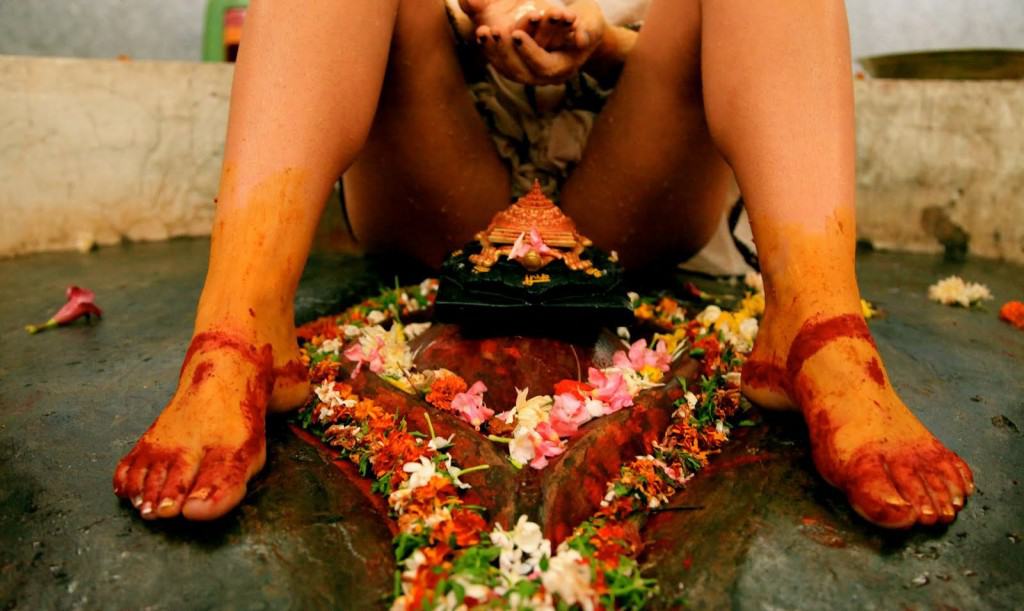 Guwahati is the residing deity at Kamakhya Temple. Each June the Goddess goes through her menstruation cycle and the Ambubachi Mela is held wherein everything that’s offered to the goddess is the color red. 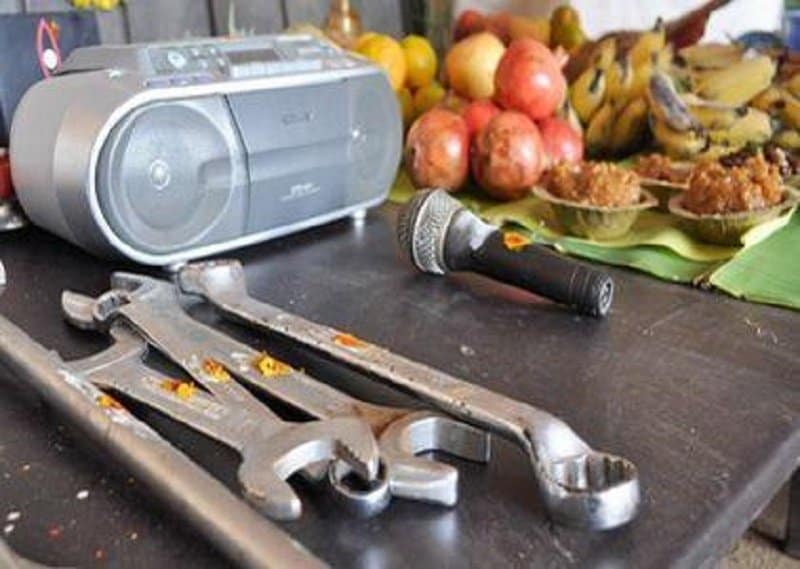 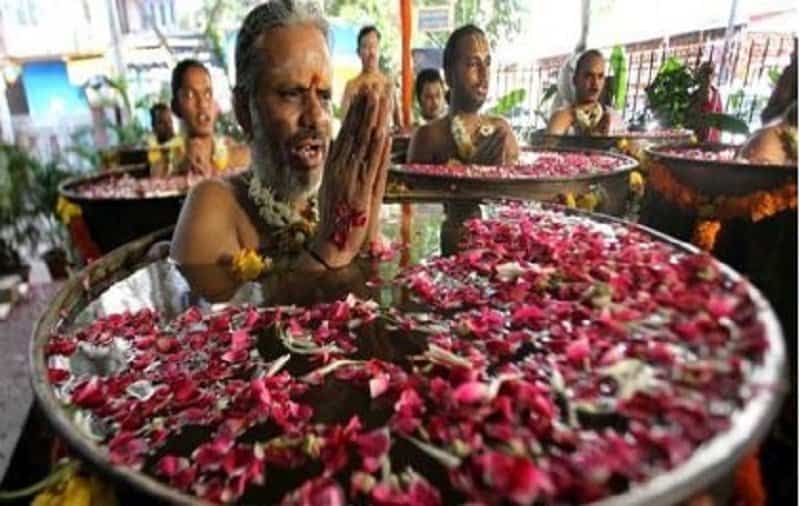 This is a strange but fun ritual. Women hold processions wherein they’re dressed in different costumes to represent how Parvati teased Lord Shiva. It’s believed that unmarried men who approach these women and are hit with a stick will get married soon.