Architecture has the ability to change our perception of the buildings themselves and the world around us. While most buildings we see on any given day would likely be considered pretty boring, some buildings can only be described as awe inspiring. Have you ever seen a theater shaped like a giant egg? Or perhaps a house of worship shaped like a lotus flower? Or maybe a museum that looks like a house fell on it. Well that’s just the tip of the iceberg, so join us as we count down the top 20 craziest looking buildings that you simply won’t believe exist. 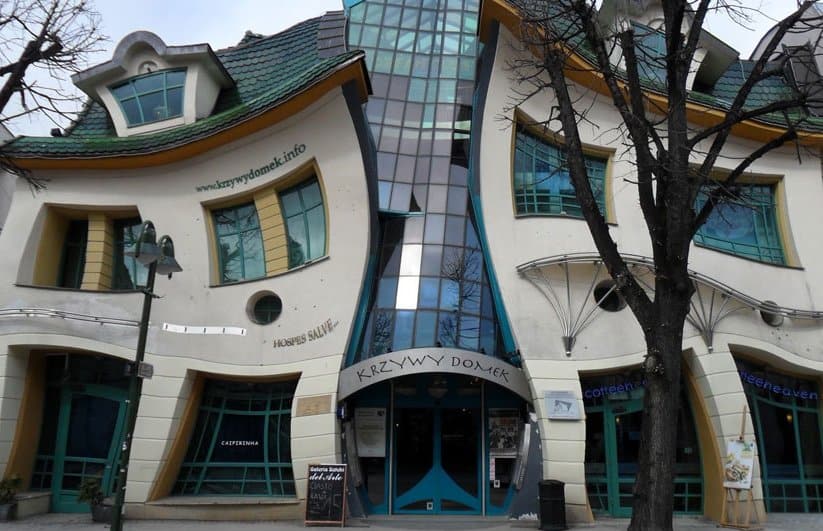 Believe it or not, Krzywy Domek which is polish for “crooked little house” is part of a shopping center in Poland. Looking at warped architecture would get us to spend more money, so we can’t blame them… The building was based on the fairytale illustrations of Jan Martin Szancer and Per Dahlberg. 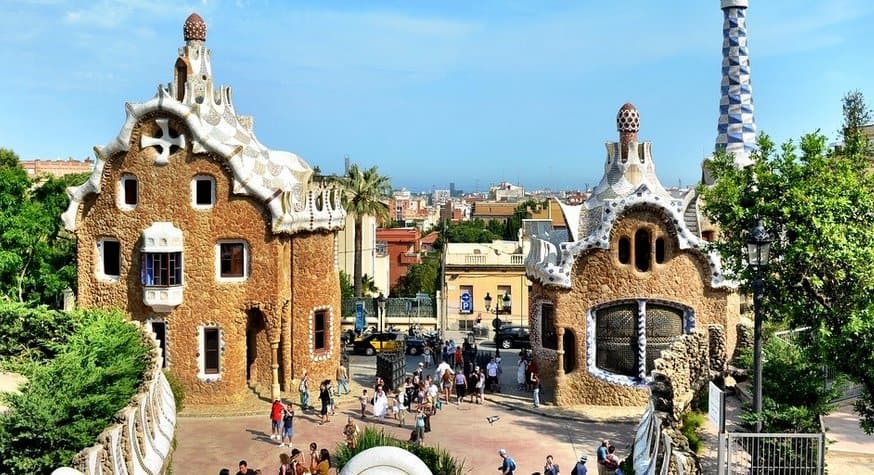 Part of a public park on the outskirts of Barcelona, the Mind House was designed by famous architect Gaudi. 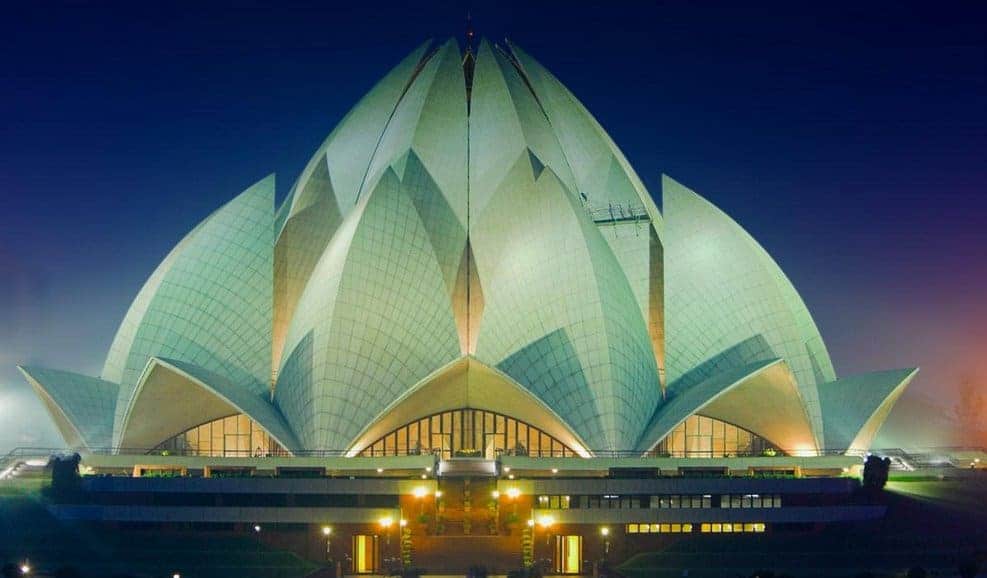 Having won numerous architectural awards for its resemblance to a lotus flower, the Lotus Temple serves as a Bahá’í House of Worship in India. 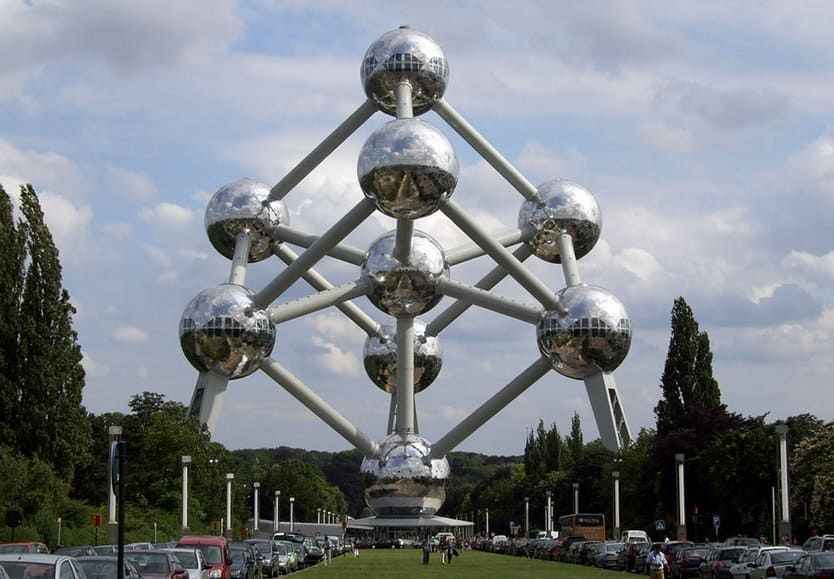 Originally constructed for “Brussels 58”, the 1958 World’s Fair, the Atomium remains a major attraction to this cosmopolitan European city. 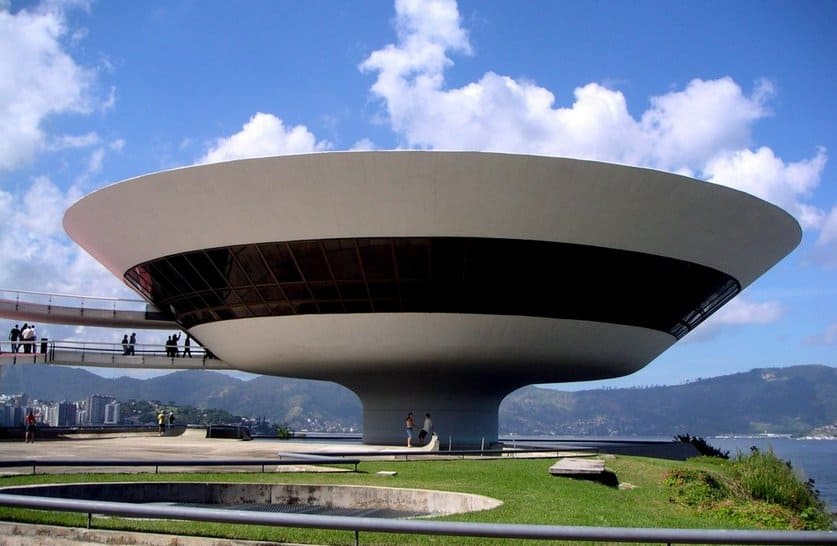 Is that a space ship or an art museum? We’re not sure but regardless, the Niterói Contemporary Art Museum in Brazil is pretty cool looking. 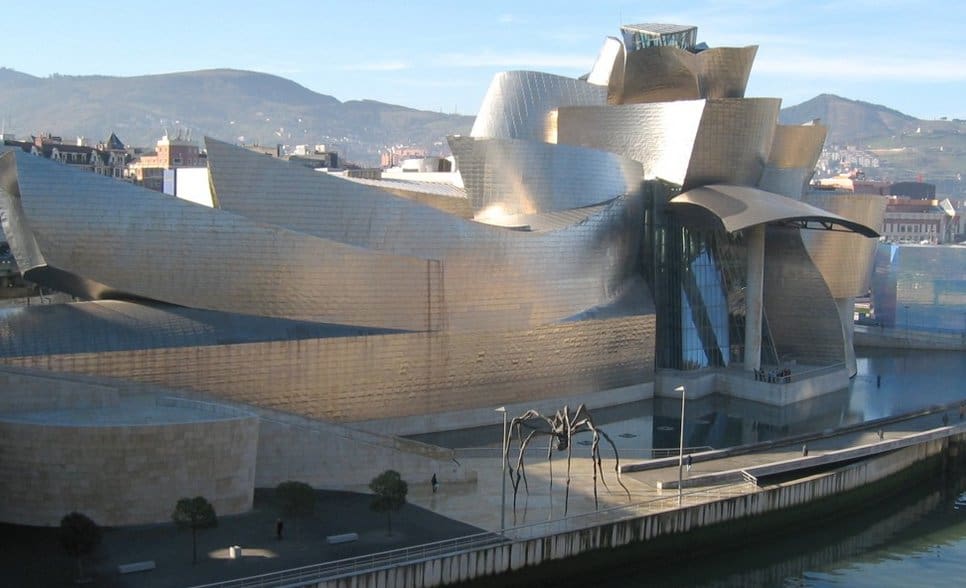 Designed by famed Canadian-American architect Frank Gehry, the Guggenheim Museum is designed to look like waves in the ocean and opened in 1997 at the cost of $89 million. 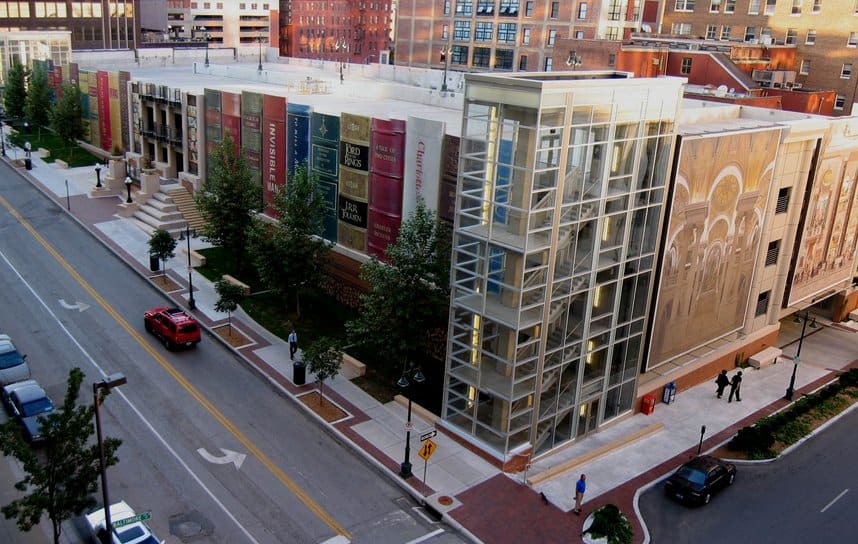 Looking to do a little light reading when visiting Kansas City? Then stop by the library and simply read the side of the library building! 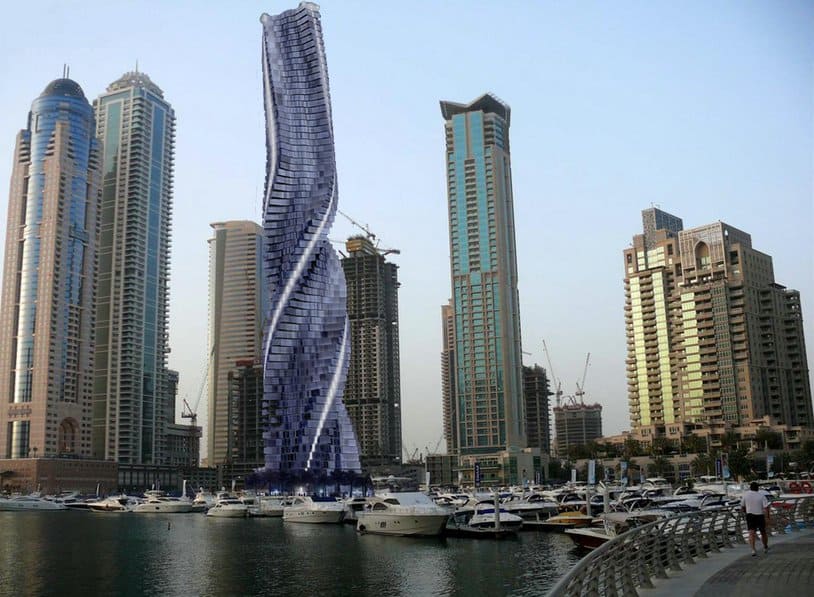 Also known as the “Da Vinci Tower”, this building is actually made up of 80 individual floors that each actually rotate on their own! Guess each floor gets ocean views at some point… 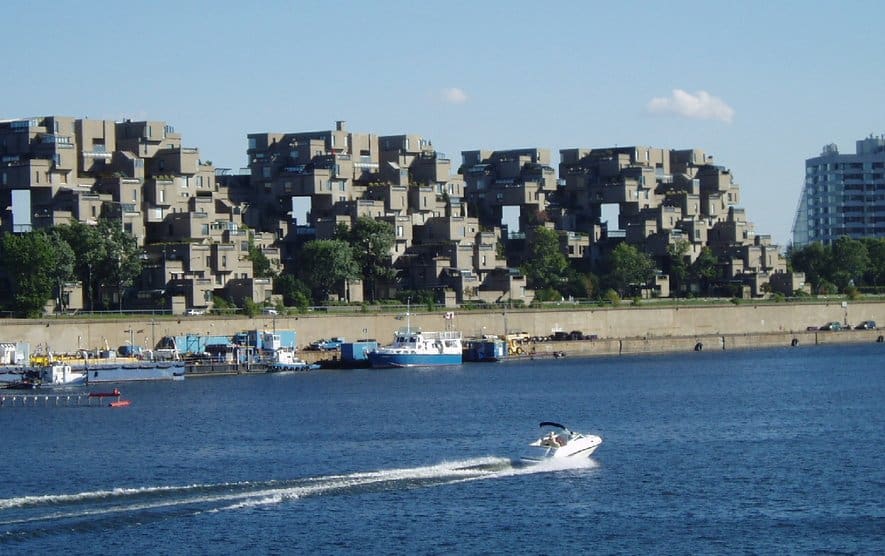 These unique residential buildings were designed by Canadian architect Moshe Safdie. Although we have to admit, it’s probably hard to visit your neighbors… 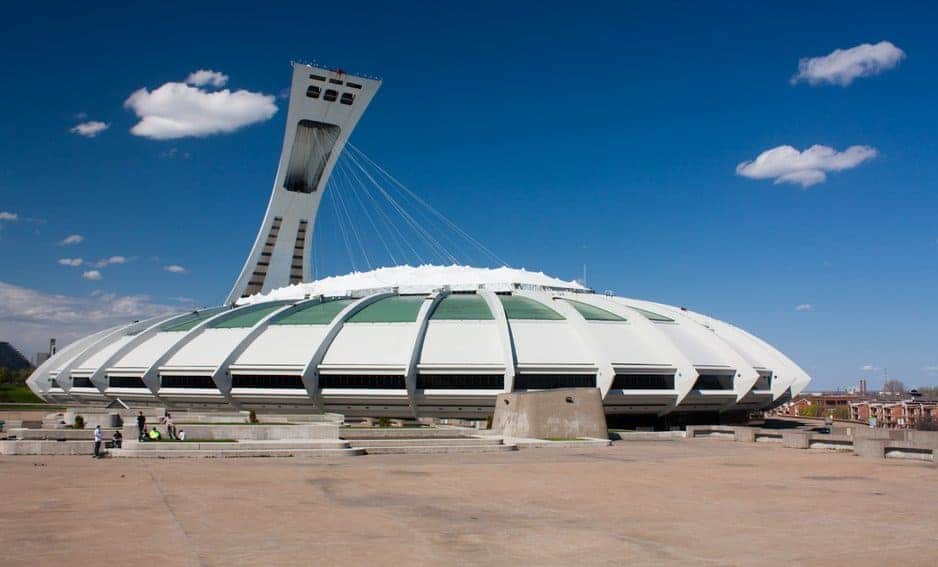 This super cool building was built in the 1970’s in order for Montreal to host the 1976 Olympic Games, and boasts of the nickname the “Big O” due to its donut shape. 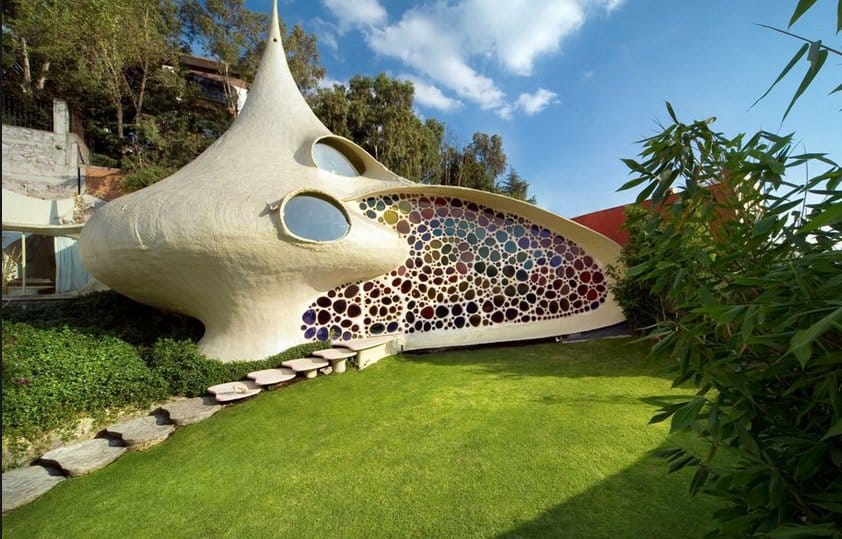 Serving as a residence, this super cool house is just as cool inside as it is on the outside and was designed by Mexican architect Javier Senosiain. 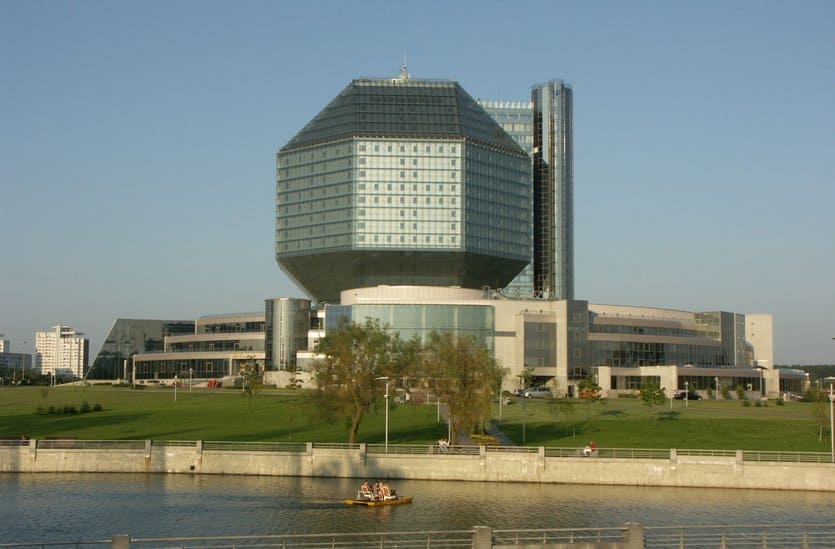 We couldn’t help but put this uniquely shaped library on the list, especially because we imagine it’s tricky finding books in the super cool building. 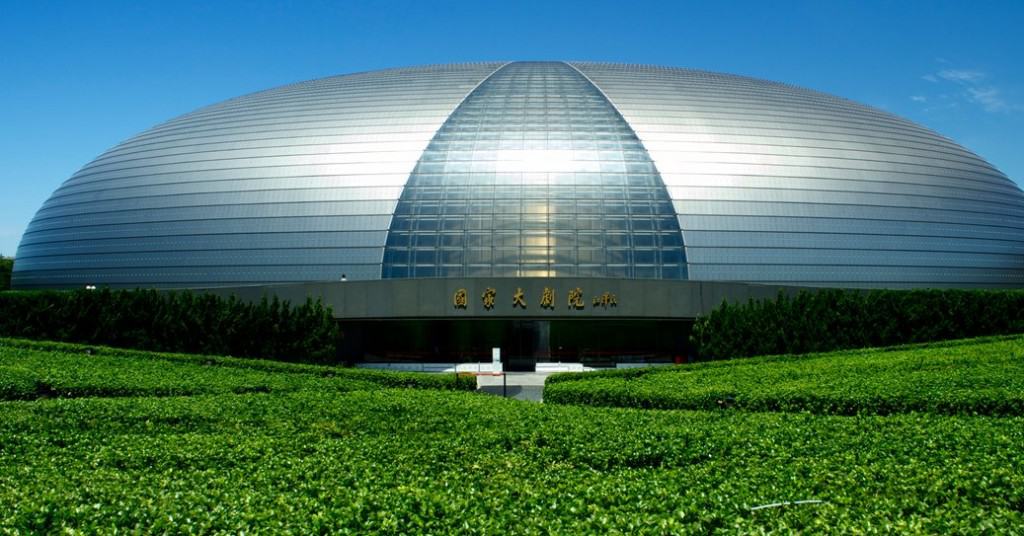 The National Theatre in Beijing, China is just as beautiful as it seems. Its nickname is “The giant egg”, which makes sense to us. 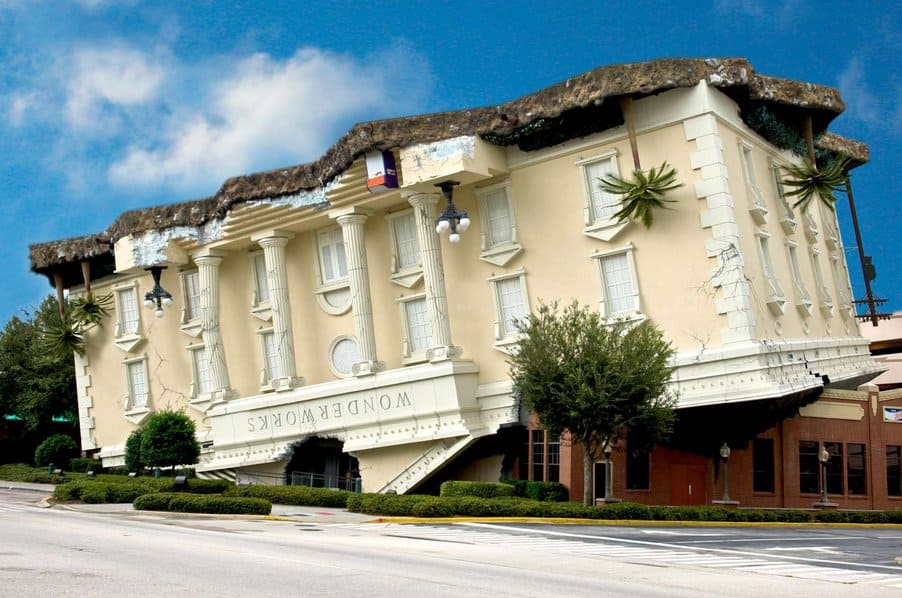 This “upside down” building is home to a unique museum with over 100 hands-on science exhibits plus laser tag, a ropes course and a 6D motion ride. 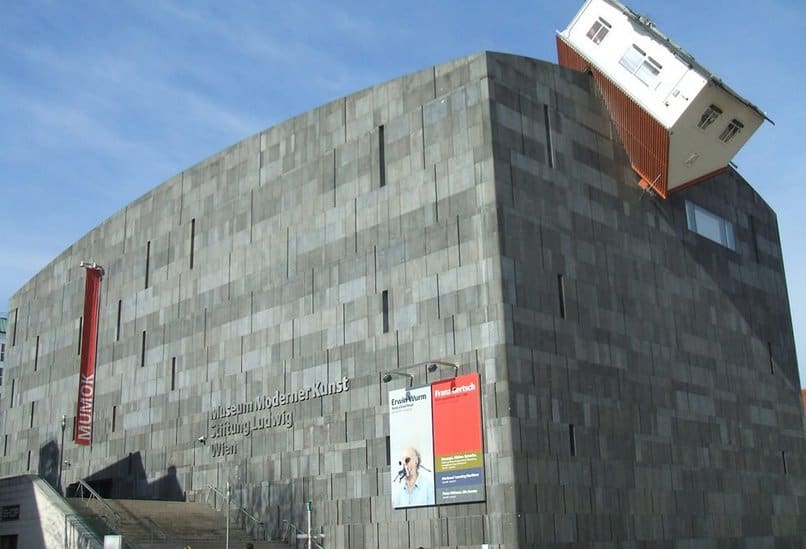 Not only does the this museum feature tons of unique and interesting works of art on the inside, but we couldn’t help but notice the “house” that appears to have fallen on the building and came to rest on its side. 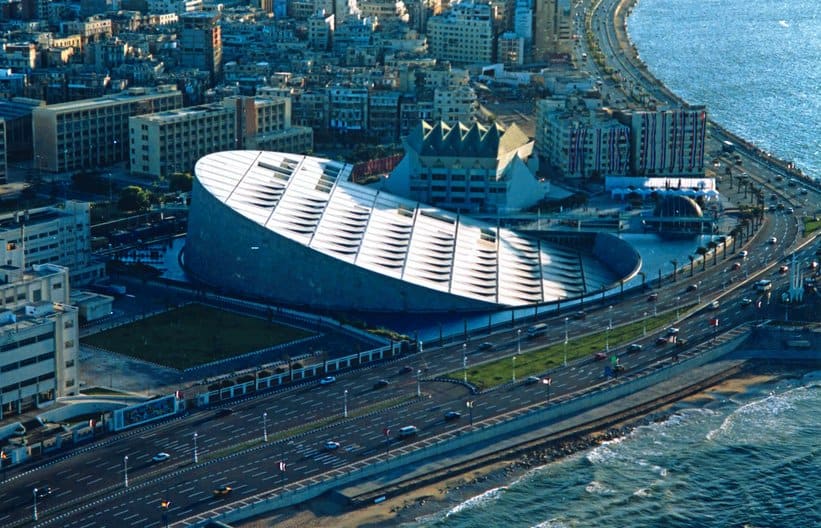 The “Library of Alexandria” was one of the great wonders of the ancient world, so when Egypt sought to build a new library in its place, they needed to make an equally cool and awe inspiring building. 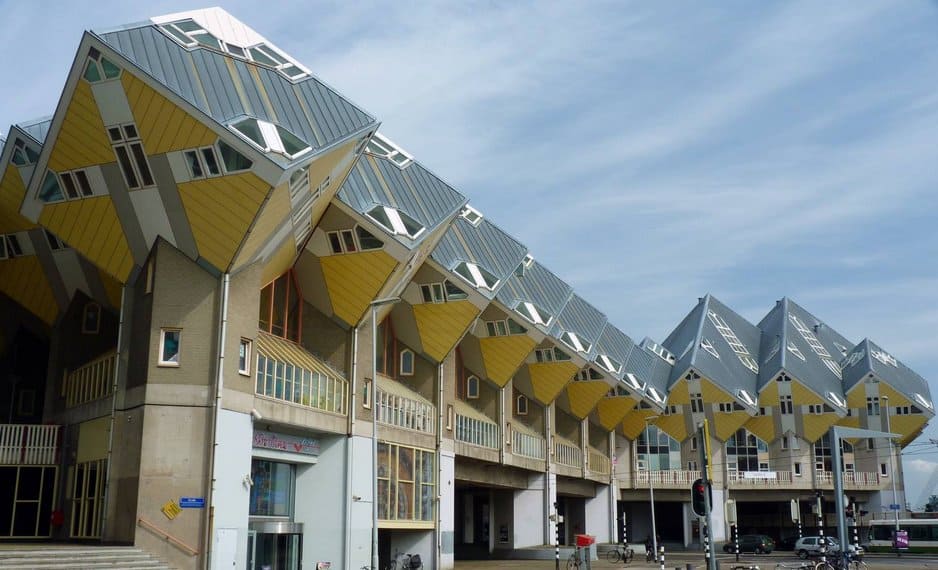 These are just cool now matter how you slice it. The cube houses were designed by architect Piet Blom and are based on the concept of “living as an urban roof.” They function as high density housing with sufficient space on the ground level for families. 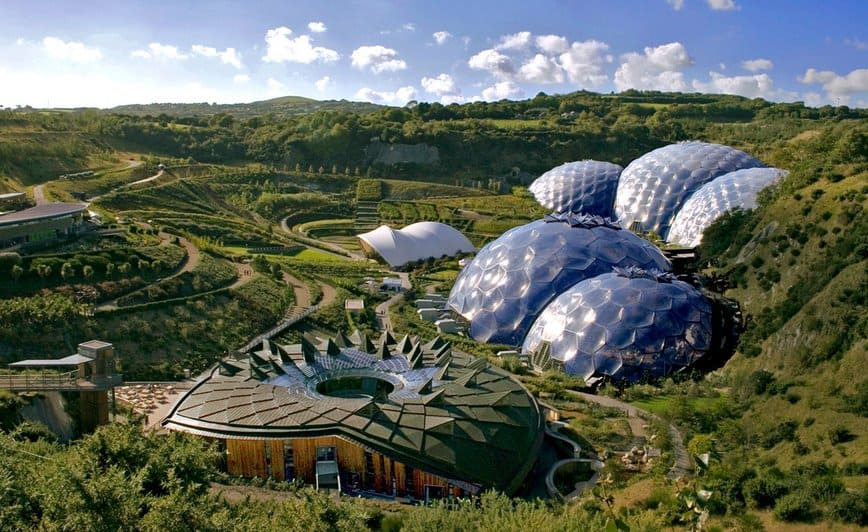 Ever wonder what the Garden of Eden looked like? It probably looked something like this, minus the bio-domes of course. It opened in 2003 in Cornwall, England, and features plants from all over the world. 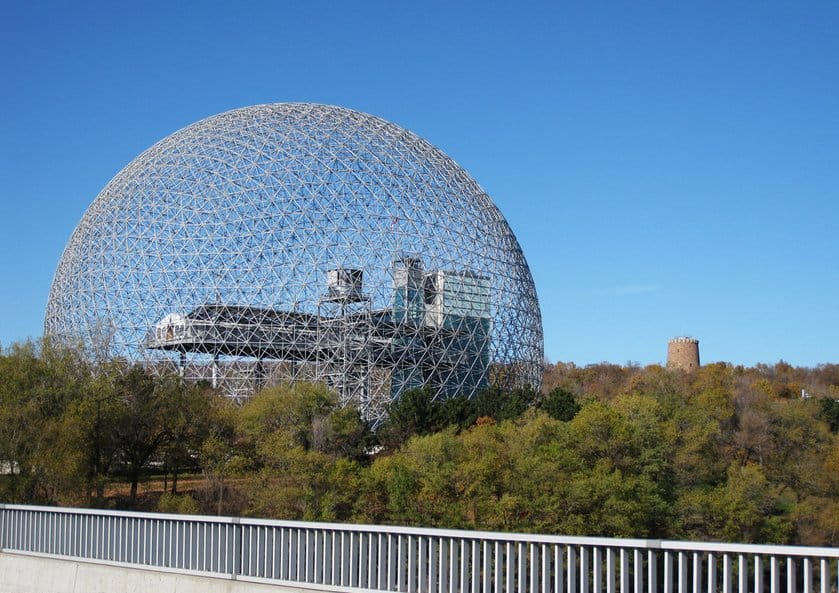 Like the Eden Project, the Montreal Biospehre is dedicated to the environment. This particular building happens to be a newly remodeled remnant of the 1967 Worlds Fair which was hosted in Montreal. 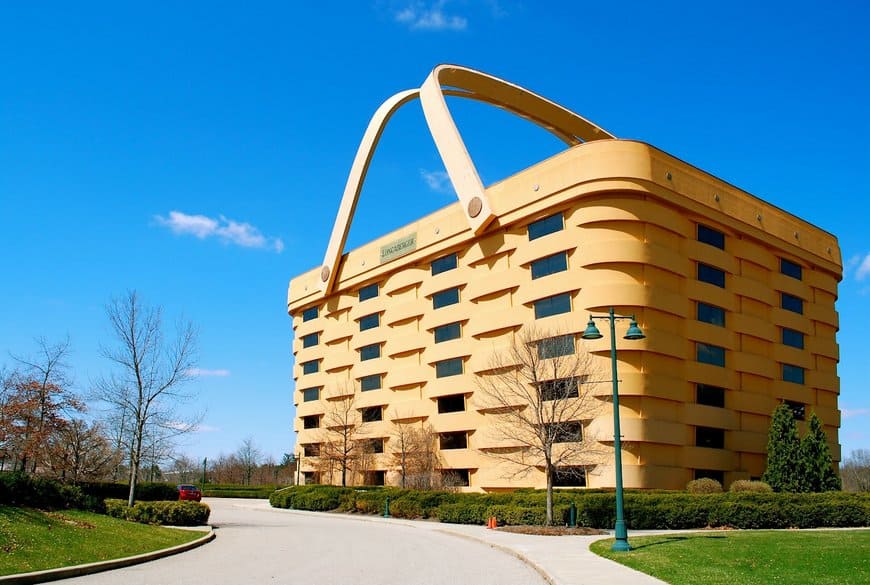 Imagine driving down the road in rural Ohio and boom, you see a giant basket! Located in Newark, OH, the 7 story building shaped like a basket actually functions as the Longaberger Basket Company’s headquarters.