15 Celebrities Falling Over, You Can’t Help But Laugh

The great thing about being a celebrity is that you are rich and famous and wherever you go, the paparazzi follow. The bad thing about being a celebrity is that every, awkward, embarrassing, unplanned moment is captured by prying lenses, then plastered on TV and in magazines for the world to see. But hey, in life you just have to take the good with the bad, and sometimes a celeb’s ‘bad’ might just be the most hilarious thing you have ever seen. Don’t believe me? Check out these funny pictures of celebrity wipe-outs! 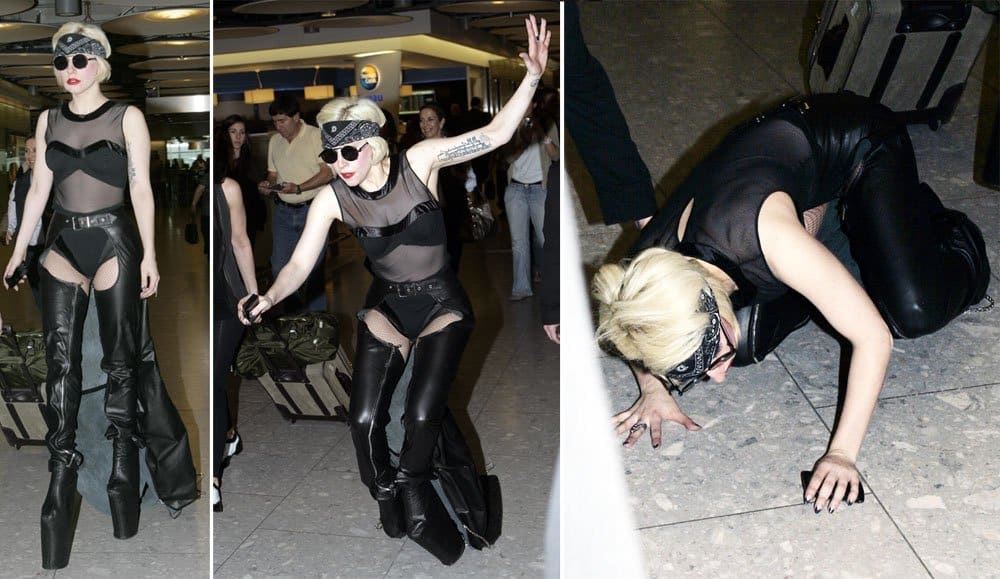 With those crazy platform shoes, is it any surprise that Lady Gaga can’t keep her balance?

Prince Harry At The Polo Classics In New York 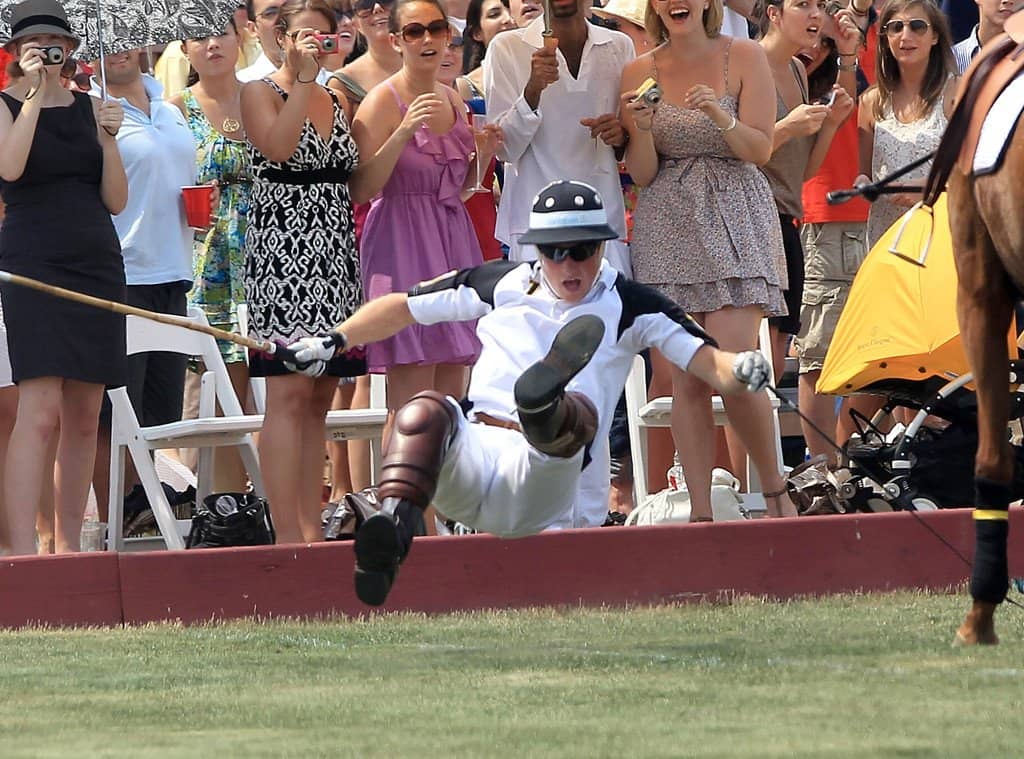 He might be a prince, but he falls down just like the rest of us, just funnier!

Jennifer Lawrence At The Academy Awards 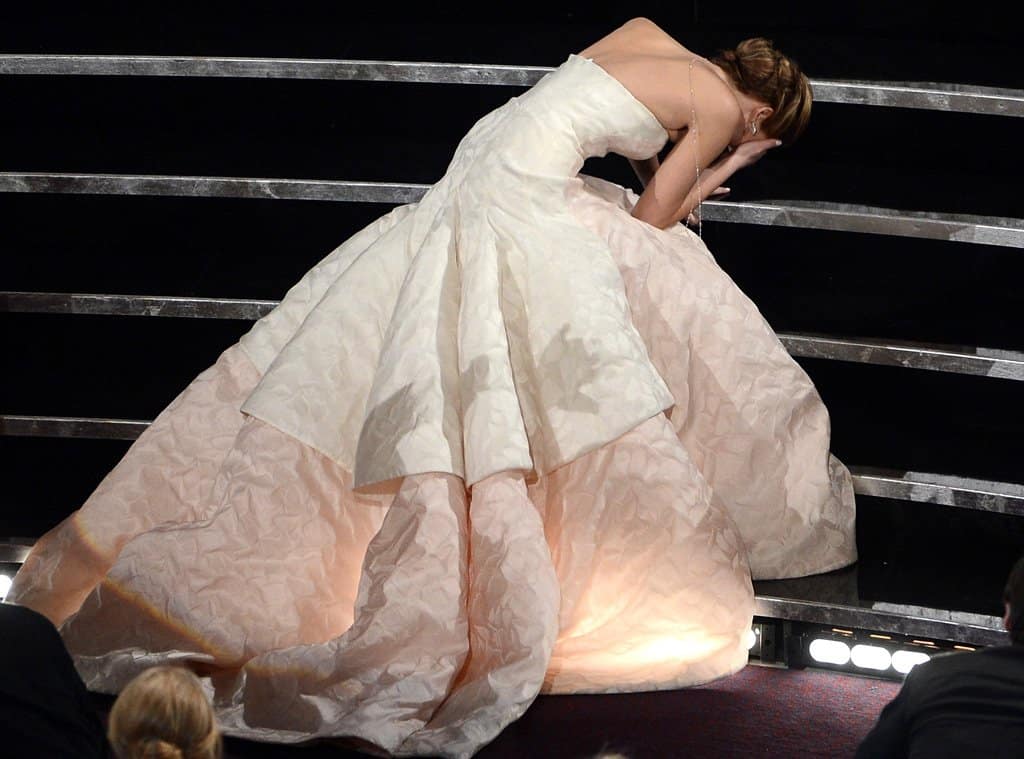 No matter how many times Jennifer Lawrence falls it is always funny, and trust me, she does fall down a lot. 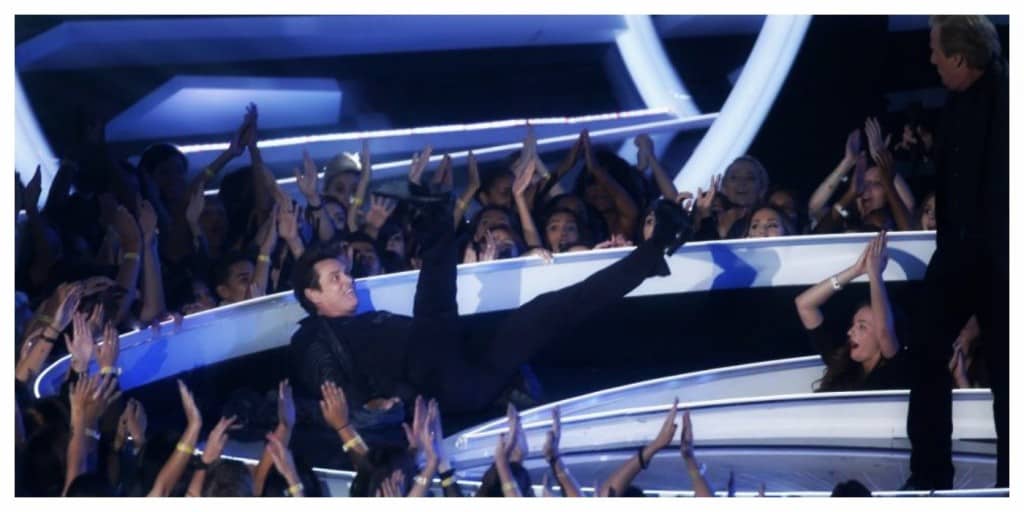 Jim Carey has been in some extremely funny movies, but this totally unplanned fall at the VMA’s certainly takes the cake.

Katy Perry stole the show, but this time it wasn’t her performance — it was her hilarious wipeout at the Latin America Awards. 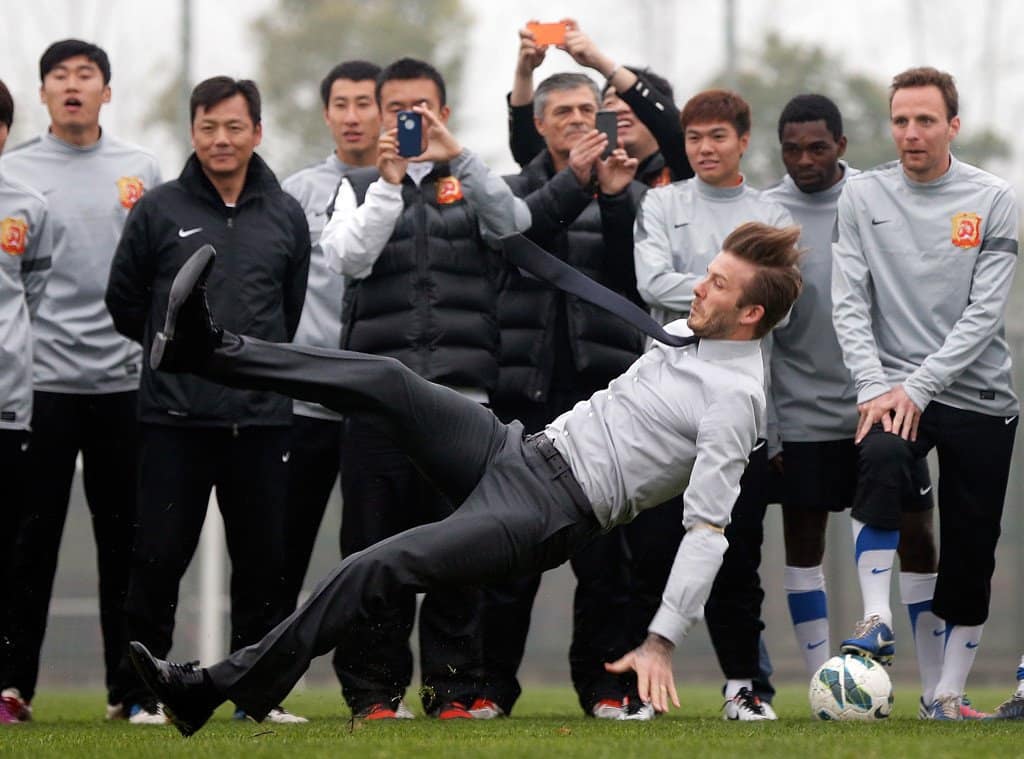 This hilarious wipe-out certainly gives new meaning to the term “bend it like Beckham.” Yikes!

Heidi Klum At A Charity Event 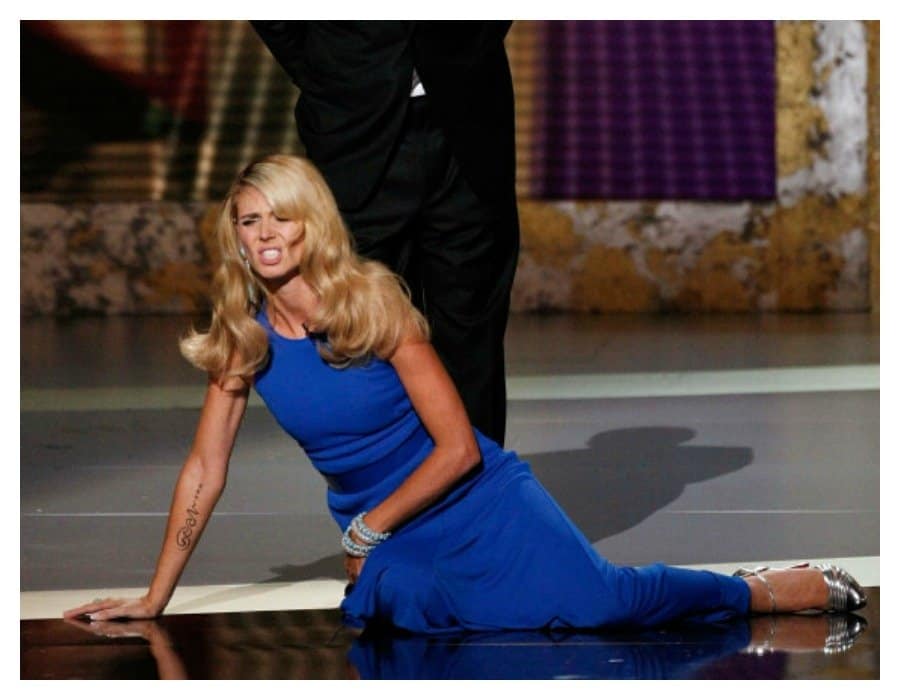 Talk about model instincts, Heidi Klum recovers like a pro after a cringe-worthy tumble at a charity event!

Emma Thompson At The Chinese Theatre In Hollywood 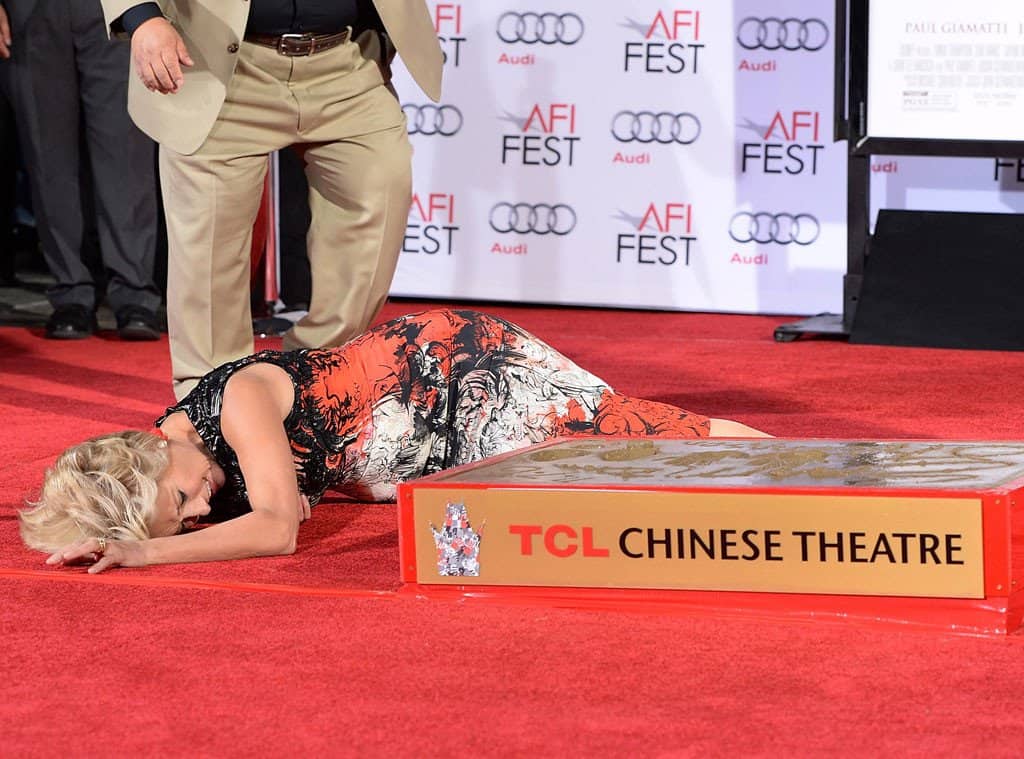 The actress takes a funny topple after leaving her handprints at the TCL Chinese theater in Hollywood.

Salma Hayek Outside Of Her Hotel In Paris 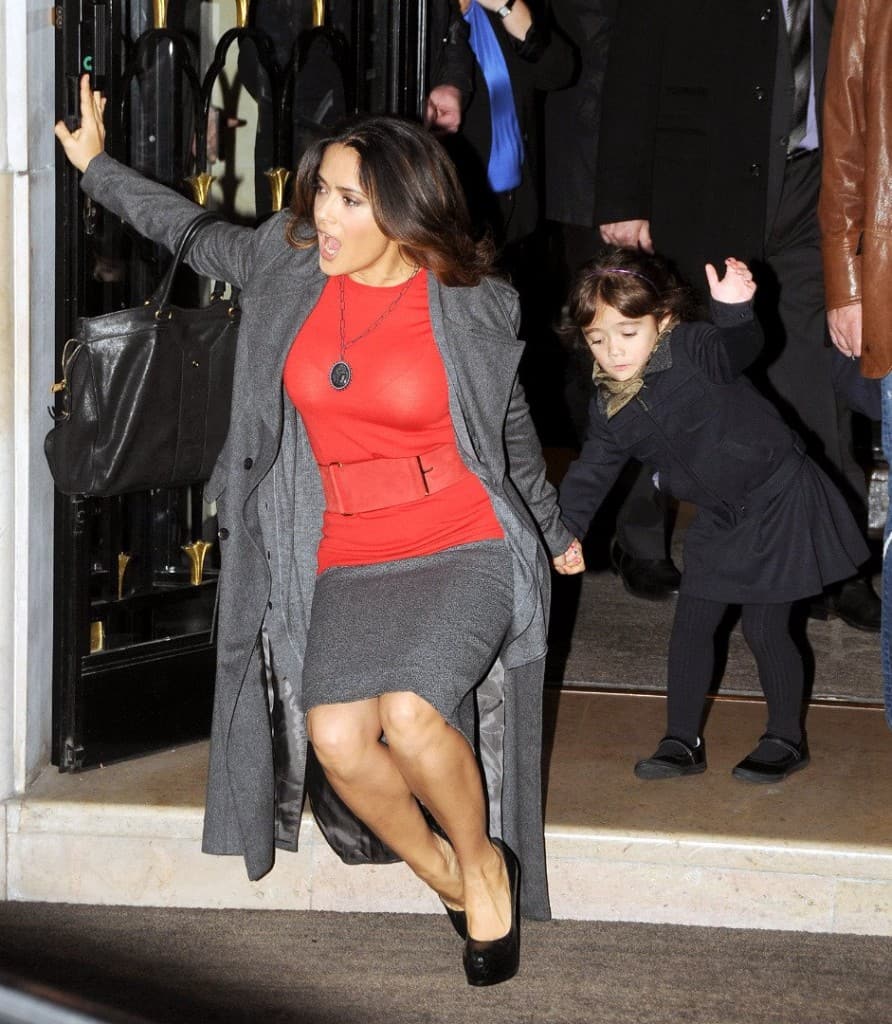 Not only is Salma Hayek falling, but she’s taking her adorable daughter down with her. 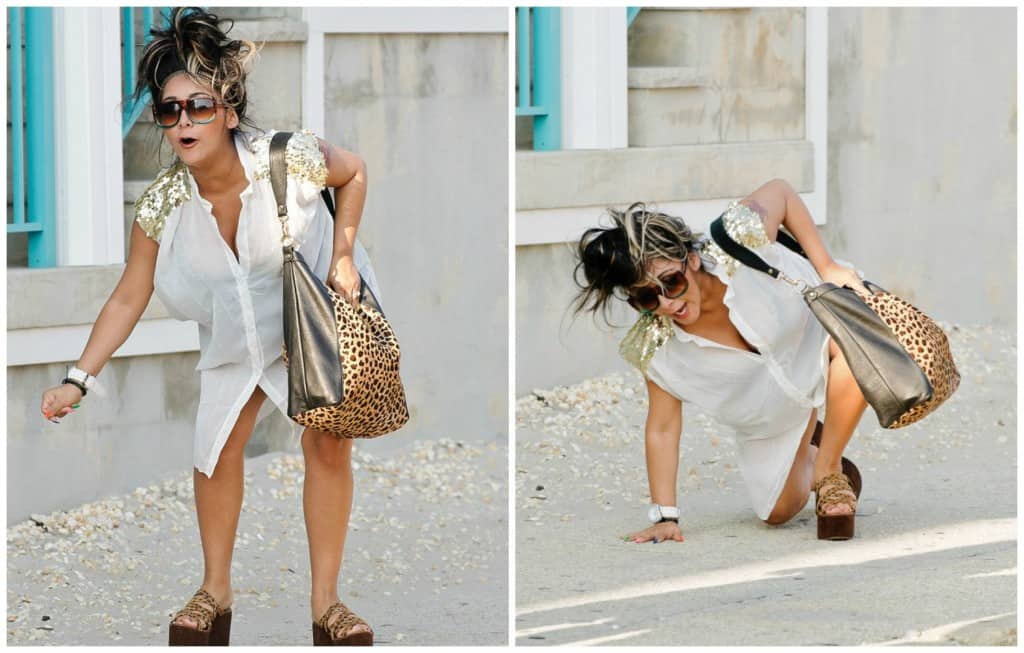 The Jersey Shore star takes a nasty tumble while walking in her super high, platform shoes.

Jessica Simpson On A Sidewalk In New York 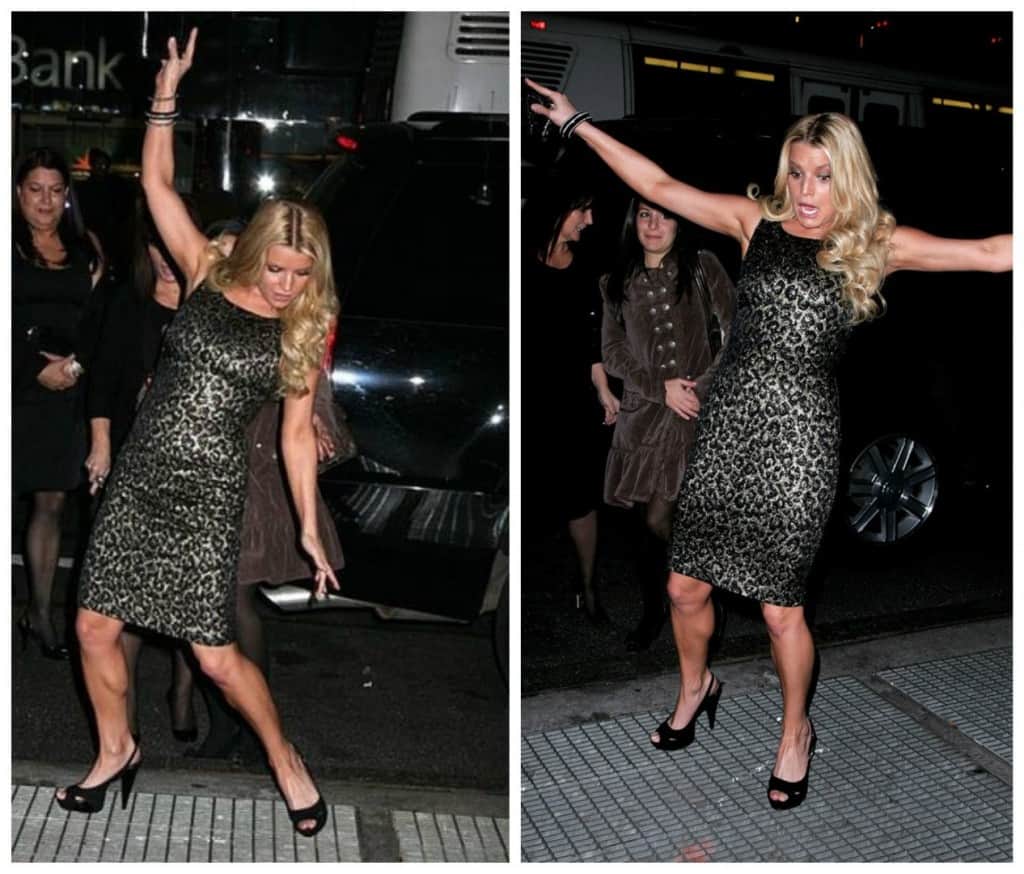 The singer and fashion mogul tries to keep her balance as her heel gets caught in a sidewalk grate. However, her attempts at trying not to fall is even funnier than if she actually did.

Stevie Wonder At A Presidential Rally 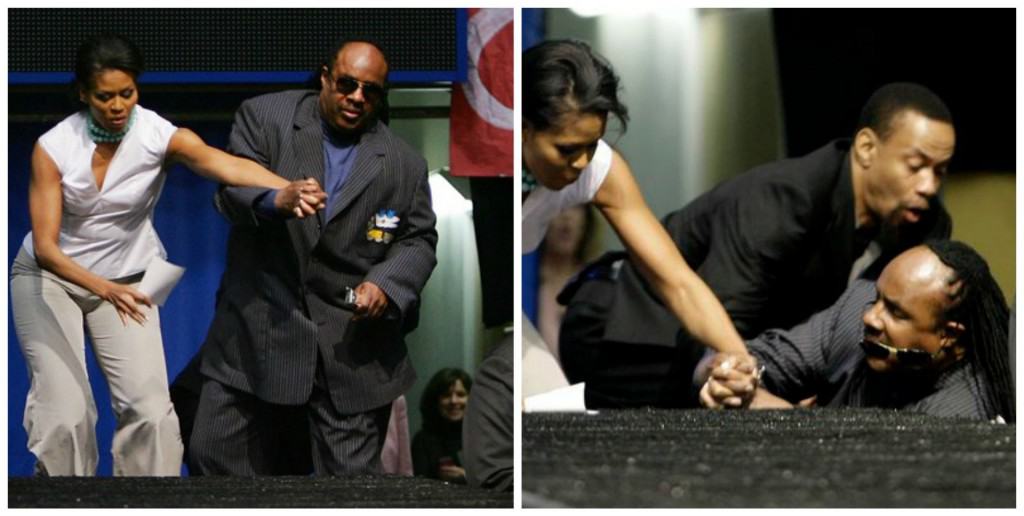 There are some stars that you simply cannot laugh at, and Stevie Wonder is on that list. This one is actually painful to look at.

Paris Hilton Out With Friends 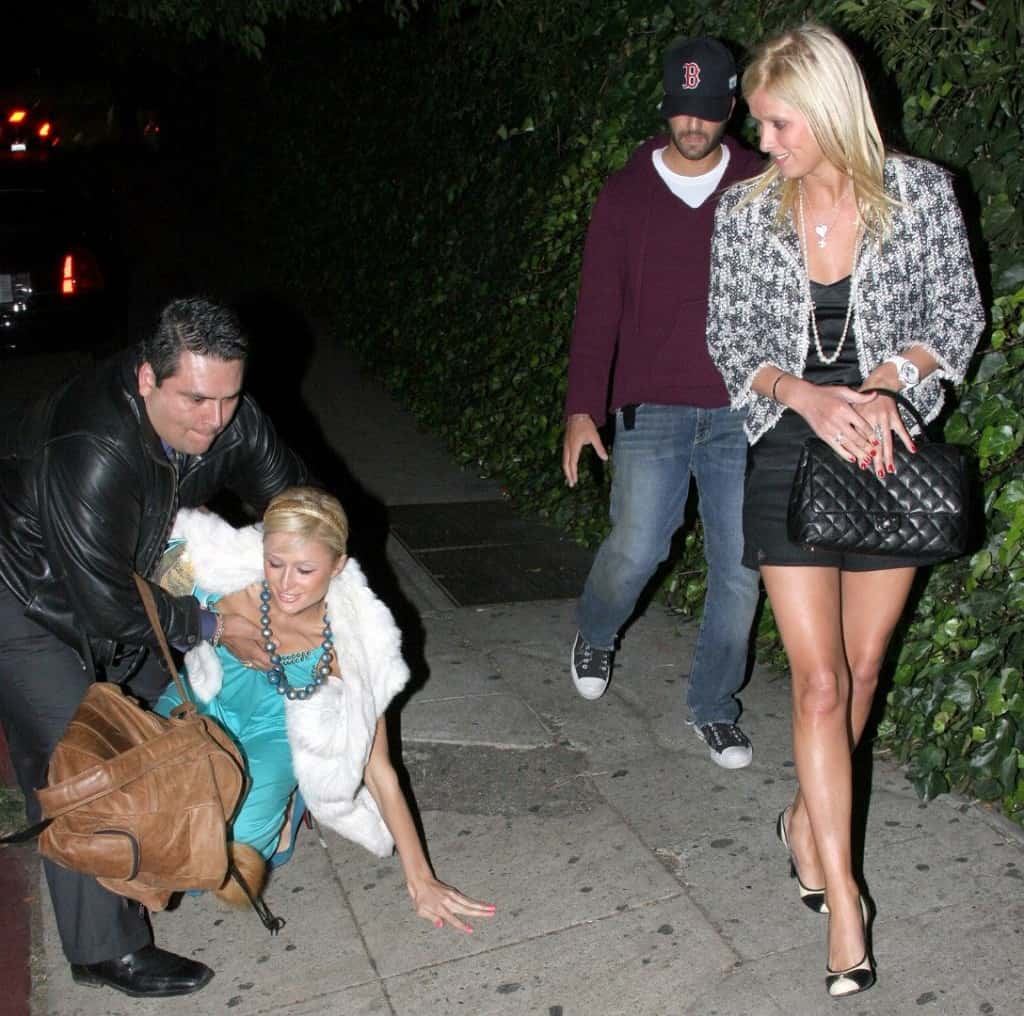 If Paris Hilton can laugh at herself after this nasty spill, then so can we.

Madonna At The Brit Awards 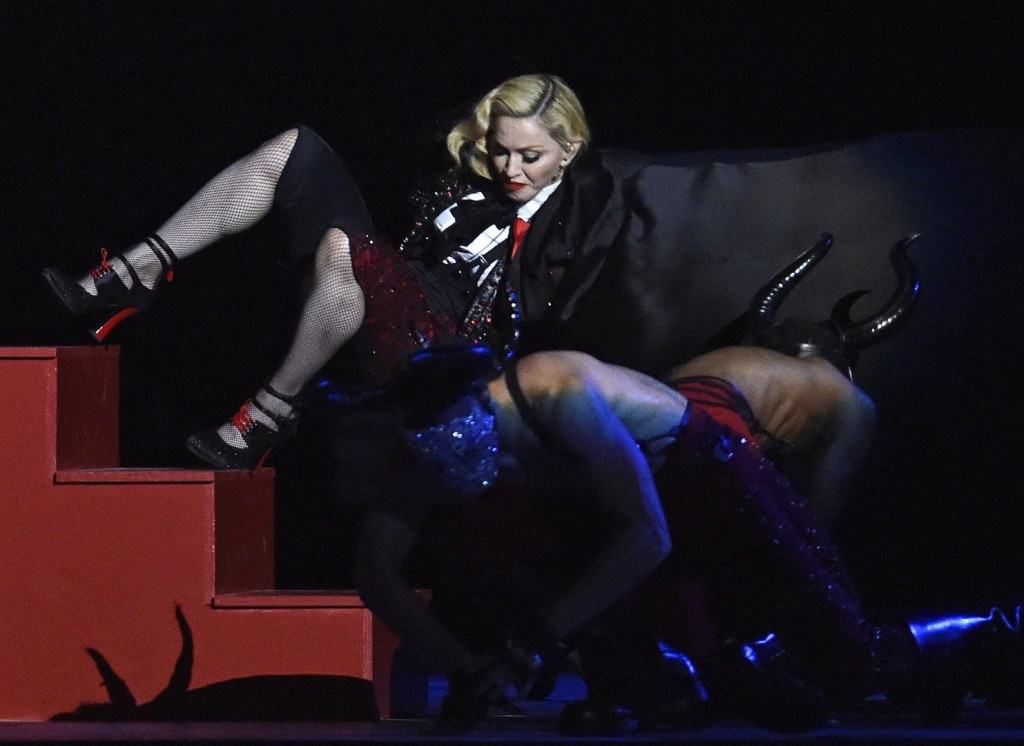 Even the queen of pop falls down sometimes, and now that we know she’s okay, we can all laugh about it!

Kristin Chenoweth At The Tony Awards 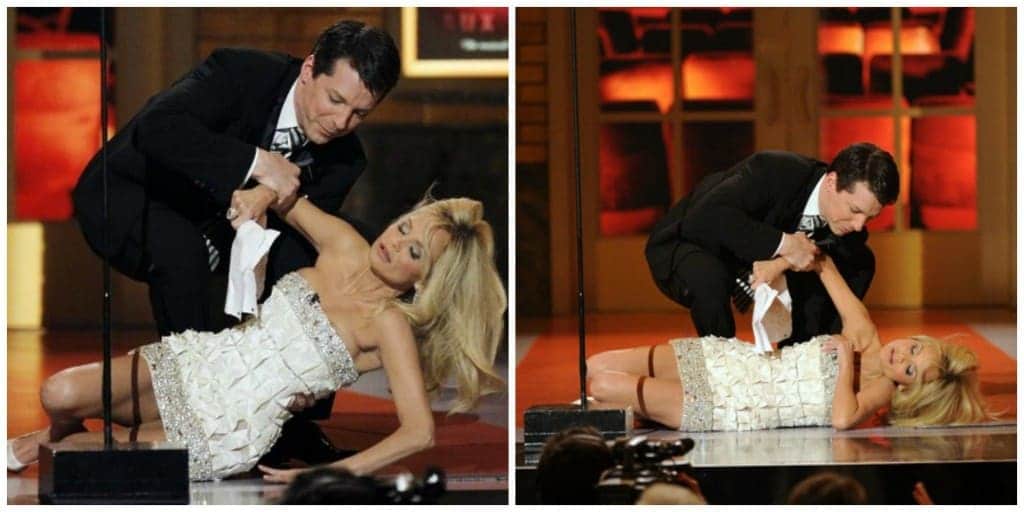 The petite actress takes a tumble while hosting the Tony awards with actor Sean Hayes. This one seems a little planned, don’t you think?