All around the Earth there are places that look and feel both terrifying and unsettling, quite similar to places that usually haunt our bad dreams. Sometimes they are naturally created to look that way, sometimes they are man-made. They all have one thing in common – you get scared instantly, and the places always give off a disturbing aura that haunts any who visits or lays eyes on the area. If you’re adventurous, want to go ghost hunting or just really like creepy vacation places, you should definitely visit every single weird scary place from this list. 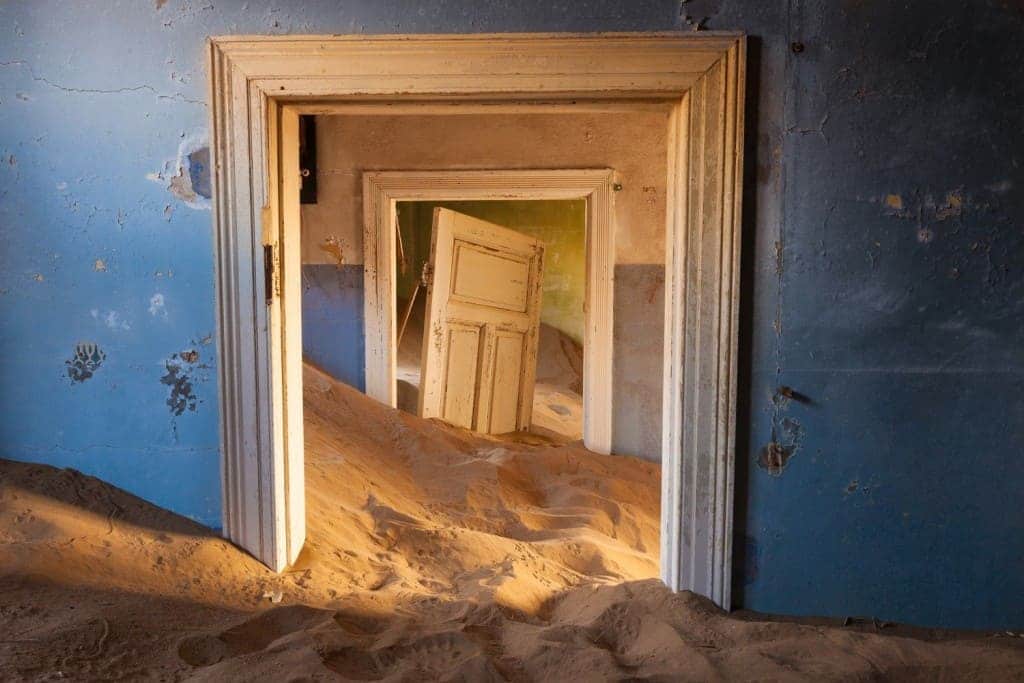 Have you ever had a nightmare where you were swallowed by a sand dune? Or maybe one where you were running but never fast enough to escape, as if you were running in sand? If you’ve already got goosebumps just from reading this, you should definitely stay away from the ghost town of Kolmanskop in the Namib Desert in southern Namibia. In 20th century, the town attracted big amounts of people as there were diamonds discovered in the sand and the price of diamonds was skyrocketing at the time. It was a busy town until the prices of diamonds dropped and people moved away, leaving the town to be swallowed by sand storms. Today the buildings are slowly decaying and the sandstorms have blown sand into the buildings, making it look like the town is drowning in sand. 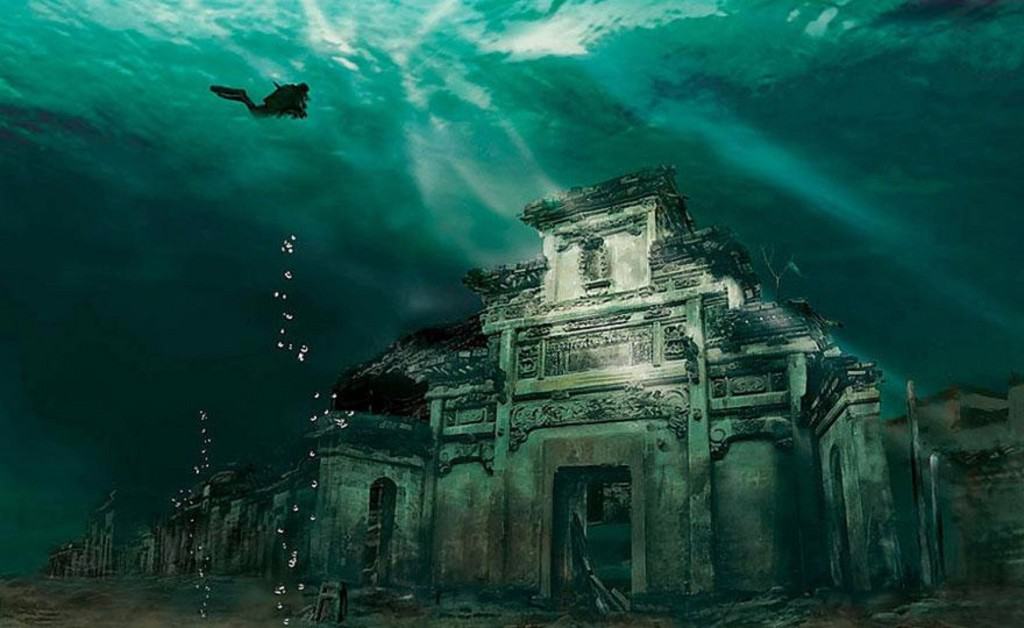 Until 1959, Shicheng was populated by 300,000 people. Then the Xin’an Dam and a hydroelectric plant were built and the whole town was flooded completely. All the buildings, some going back to 1360s, are now sitting intact under 130 feet of water. It has been called “Atlantis of the East” with a lot of architecture completely intact, the water shielding it from wind and sun. If you know how to scuba dive, you can explore the city and look at the preserved stonework. 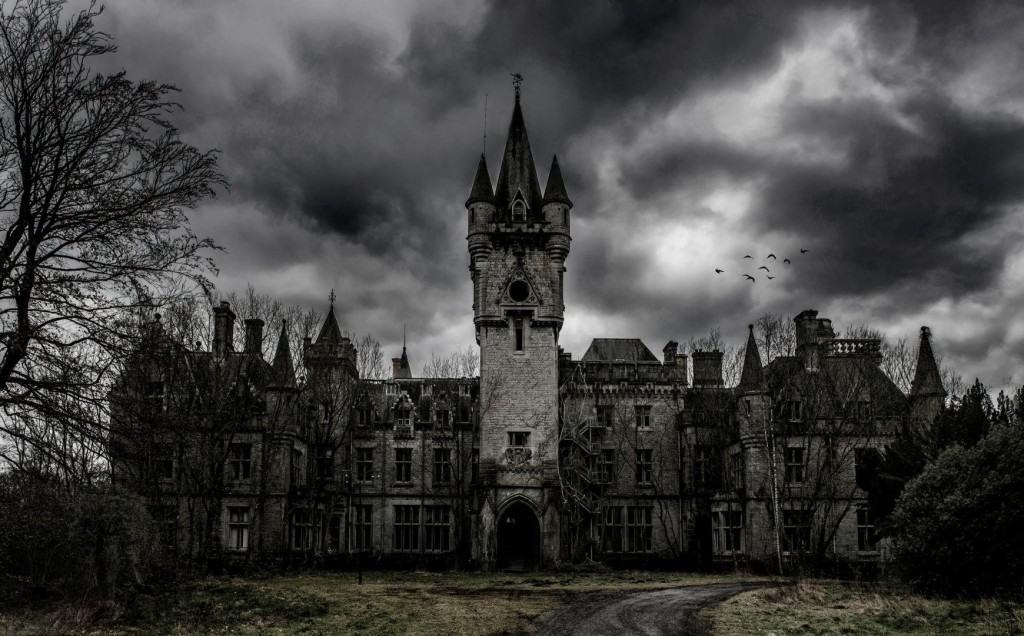 Miranda Castle was built in 1886 in Belgium by French Aristocrats who had escaped their death via the guillotine. During WWII, it was used as an orphanage and since then it is know as The Noisy Castle. It was abandoned in 1991 and there have been several attempts to put it to use again, but the owners refused to sell. The urban legend says they were cursed by the ghost of orphaned children. Nowadays the castle looks like a perfect nightmare venue – completely abandoned, ruined and very spooky.

Turkmenistan is a Central Asian country bordering Afghanistan that is the home country of the Karakum Desert, commonly known as the Black Sands Desert. Not far from a town called Derweze there’s a fiery crater that the locals have started calling “The Door to Hell.” It is 225 feet wide and 99 feet deep and although it resembles the entrance to hell, it’s actually a natural gas fire. The country hopes they can turn it into a tourist attraction. 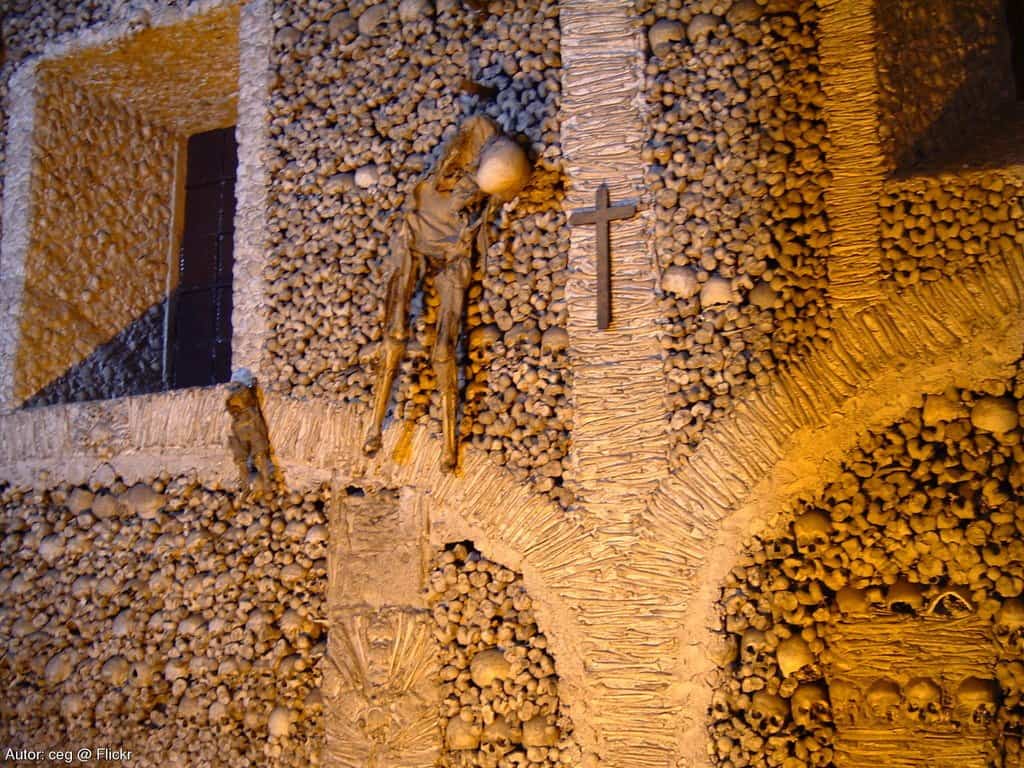 Capela dos Ossos, or “Chapel of Bones”, is the place to see if you find yourself in the medieval Portuguese city of Évora. The 16th century chapel is a room that was constructed from the bones of 5,000 monks and to make it better, there is also the body of a woman and a child hanging from a wall with no explanation provided as to why they were placed there. The monk’s bones were used to build the room as in the 16th century they were running out of place to bury people. So why not build a room out of bones. 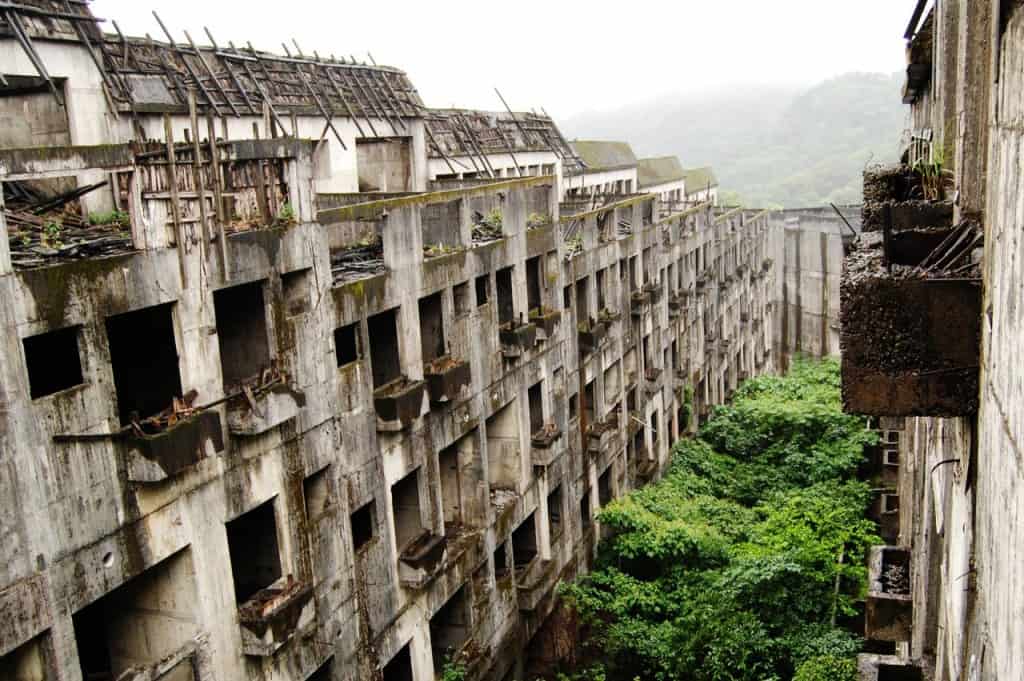 Hashima Island is situated about nine miles off the coast of Nagasaki in Southern Japan. In the 1880’s, coal was found on the sea floor of the island and miners populated the island. The mining company created a community with restaurants, bathhouses, apartments and even a graveyard. In 1959 there was around five thousand people living on the surface as big as a football field, making it the most densely populated place on Earth ever. When, in 1974 the coal was all mined, the mining company made an announcement that there would be work on the mainland, but it would be on a first come, first serve basis. This caused thousands to pick up and leave quickly without caring about their possessions on the island, which left the island as it were on that day, teacups on the tables and clothes still in wardrobes, giving it a post-apocalyptic feel. 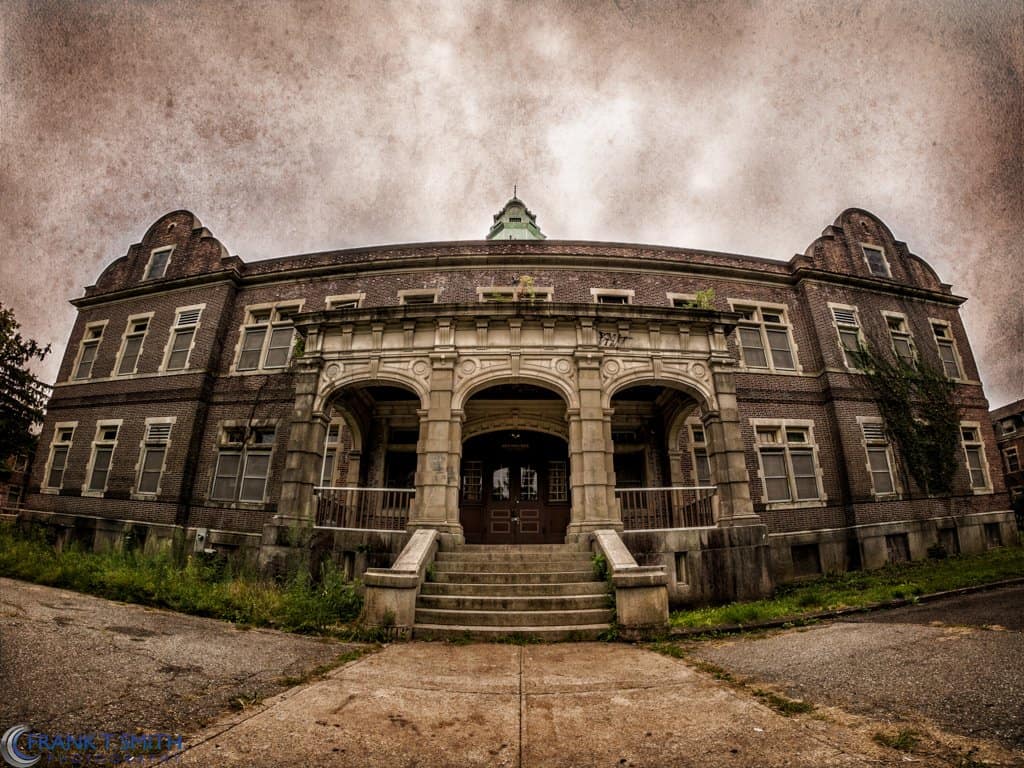 Ever since its opening in 1908, the Eastern Pennsylvania State Institution for the Feeble-Minded and Epileptic in East Vincent, Pennsylvania, was completely misused. Instead of only taking in people with disabilities, it housed anyone who didn’t have a place to stay, including crminals and immigrants. The newspapers from that time prove that the doctors who were there to treat children were very sadistic, with one account of a doctor injecting patients with chemicals that would cause excruciating pain but wouldn’t leave permanent damage, essentially chemically torturing the patient. After a few such reports, the school was closed in 1987 and today it is privately owned with the owners running a haunted house attraction. It surely does look creepy. 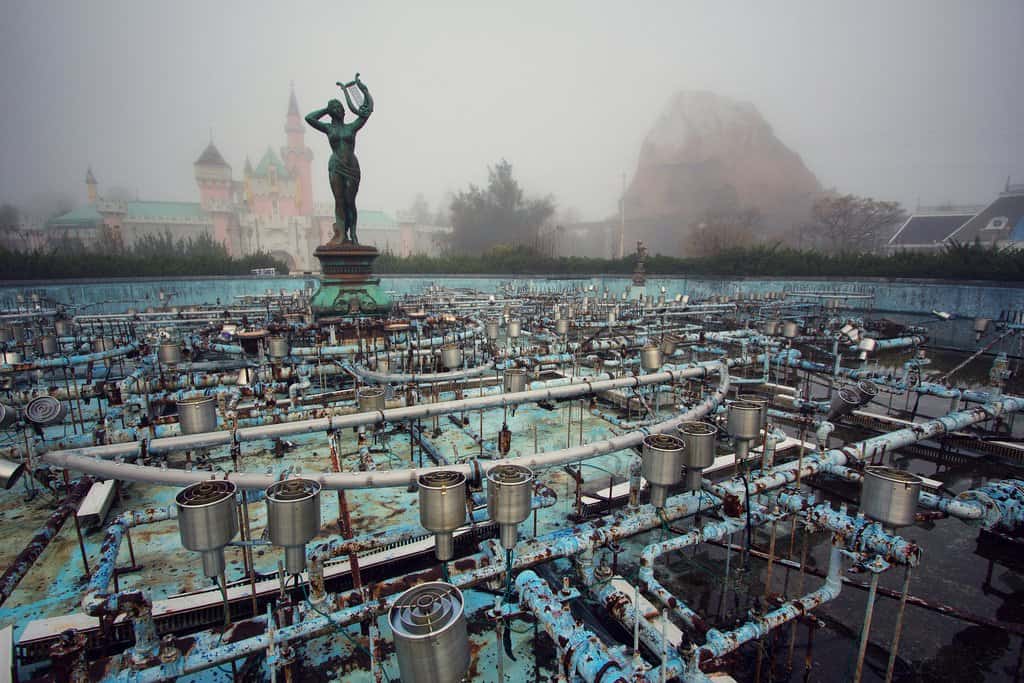 In 1961, Japan decided to open a Disneyland rip-off called Nara Dreamland. It had a lot of the similar fairy tale characters like Sleeping Beauty and Snow White with the park colorfully painted and rides placed all over the place. It was popular at first but around 2006, it stopped being profitable and closed its doors. It has been intact since, nobody visiting or making effort to tear it down, only nature slowly reclaiming it. The rusted roller coasters are still there alongside the faded pictures of cartoon characters. Right out of a nightmare. 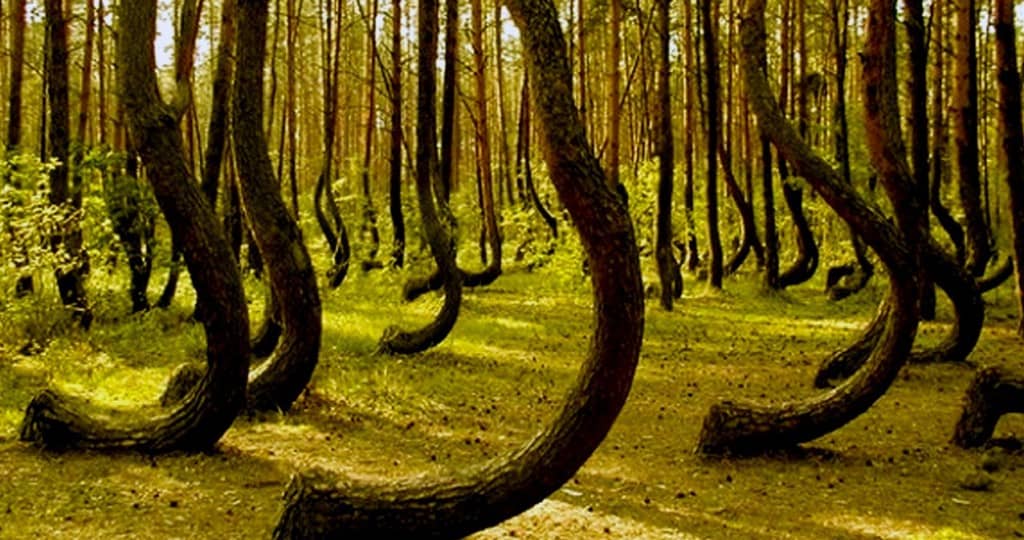 Romania’s Hoia Baciu forest, commonly known as the Bermuda Triangle of Transylvania first gained international notoriety in 1968 after a biologist took a picture of a UFO flying over it. However, the forest itself is way spookier than the UFO sightings. Misshapen trees, part of the forest completely devoid of trees and paranormal researchers completely certain it is a place where strange activity happens all make it one of the creepiest places on earth. People who have visited the forest have come back feeling extremely anxious, with strange rashes, unexplained cuts and burns, even nausea and memory loss. Locals swear there have also been cases of people going in and never coming back. You might want to avoid this one. 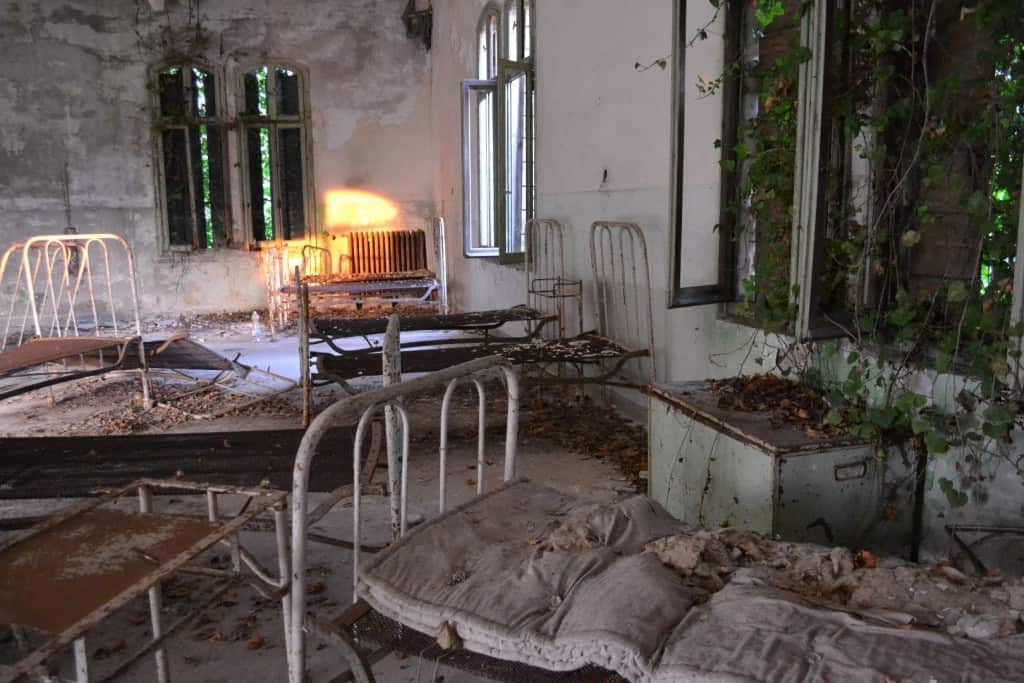 Poveglia is known as “the most haunted island in the world”. In 1793, the island became a dumping ground for people with the plague, and after dying people were burned and their ashes were scattered throughout the island. Nowadays the soil of Poveglia is 50 percent ash. Besides all of that, the island was also a home of a mental institution were apparently the doctor in charge was extremely sadistic and ran experiments on patients. Today it is believed only ghosts haunt the island and nobody is really daring enough to step foot on it.