Have you ever been watching a scene unfold and you suddenly realize something really, really bad is about to happen? Have you ever wished you had your camera with you or had been quicker on the draw and been able to capture the moment right before disaster strikes? We’ve all likely been in that situation at one time or another but there are some people who actually had the presence of mind to snap that photo and catch the moment right before all hell broke loose. Sadly, we don’t have photos of the moment shortly after the photo was taken, but we can certainly use our imagination in most of these instances. Check out our list of the 10 most shocking photos of people taken right before disaster struck and let us know what you think.

That’s Not How Ladders Work 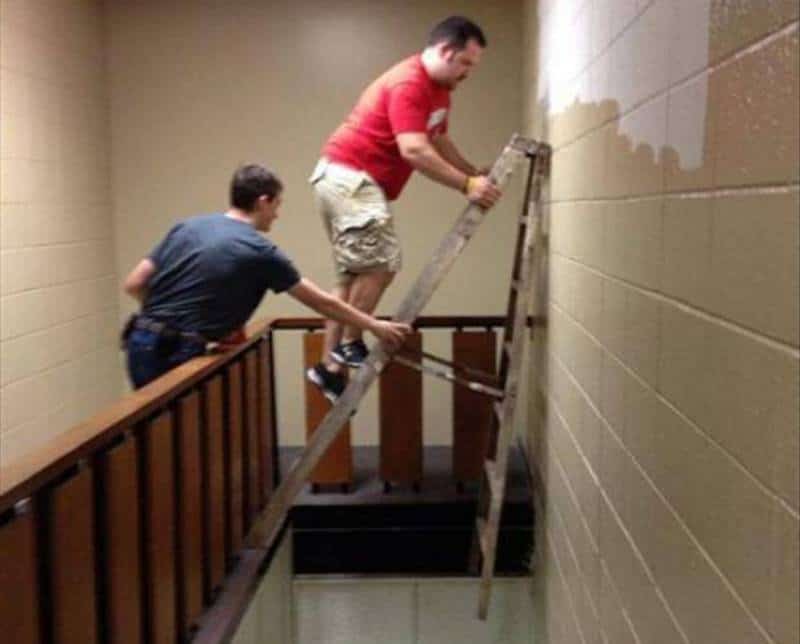 Quite frankly, it’s pretty impressive these two guys managed to make the ladder work the way they’re using it long enough for the dude in red to get a couple of steps out onto the ladder. We’re guessing this is about 10 seconds from someone taking a bad fall.

That’s Not How Trees Work 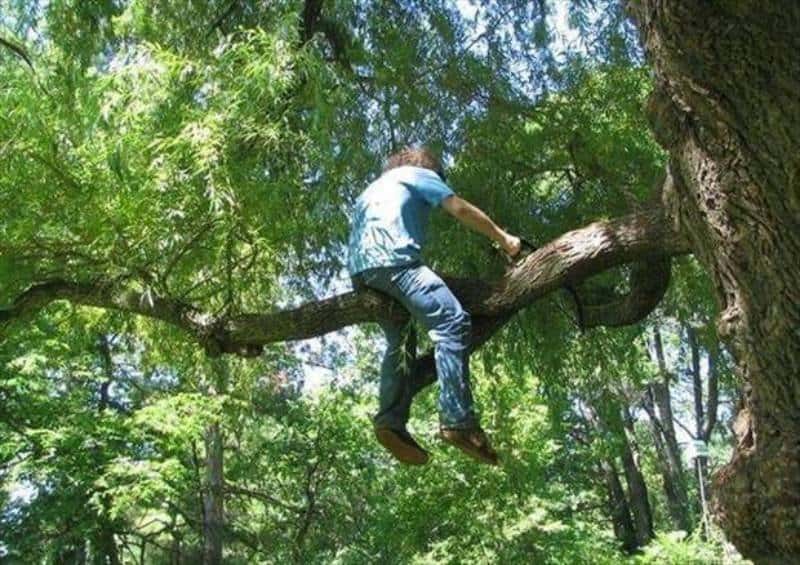 We’re trying to figure out just how this man thinks this is going to end. Why in the world isn’t he sitting on the part of the tree that will still be standing when he finishes sawing.

The Bad Way To See If a Gun Is Loaded 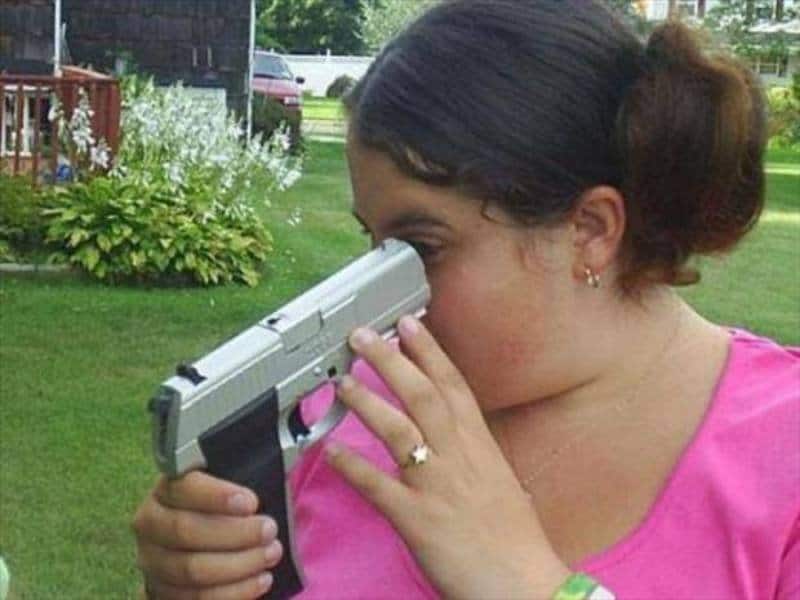 There are few things on this planet dumber than looking into the barrel of the gun, on purpose. At least she doesn’t have her finger on the trigger… 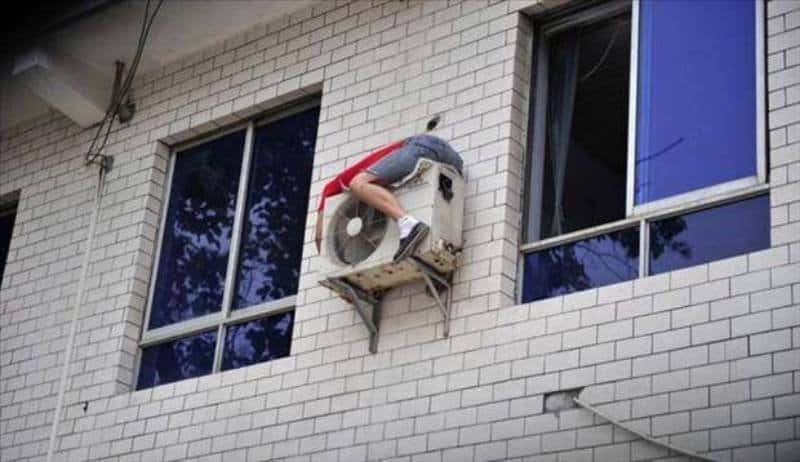 It’s not entirely clear what made this man climb out his window and onto the top of his air conditioning unit. It’s also not clear how long he was stuck up there once he realized there was no easy way to get back inside.

No One Is That Hungry 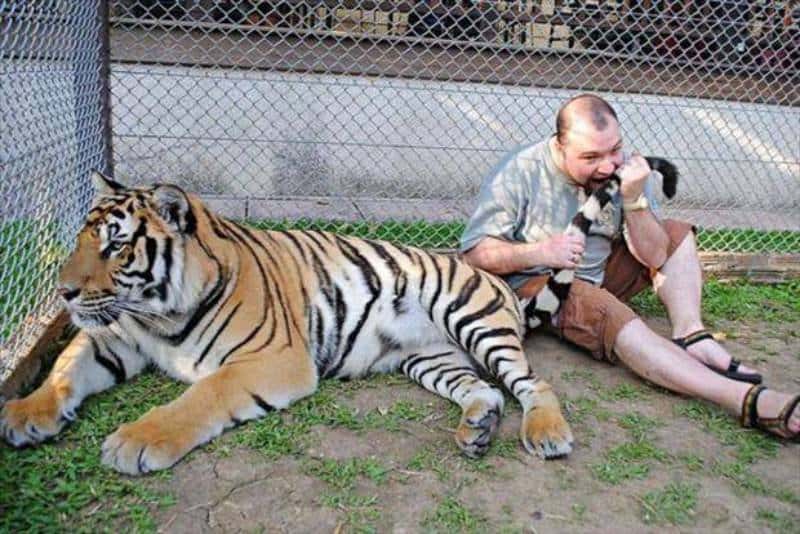 Even if this tiger is as calm and friendly as he looks in this photo, it seems incredibly stupid to take a bite out of his tail. If you can’t picture what’s going to happen in the very next second from this photo, you really don’t have any imagination.

That Bicycle Is Not Built For Two 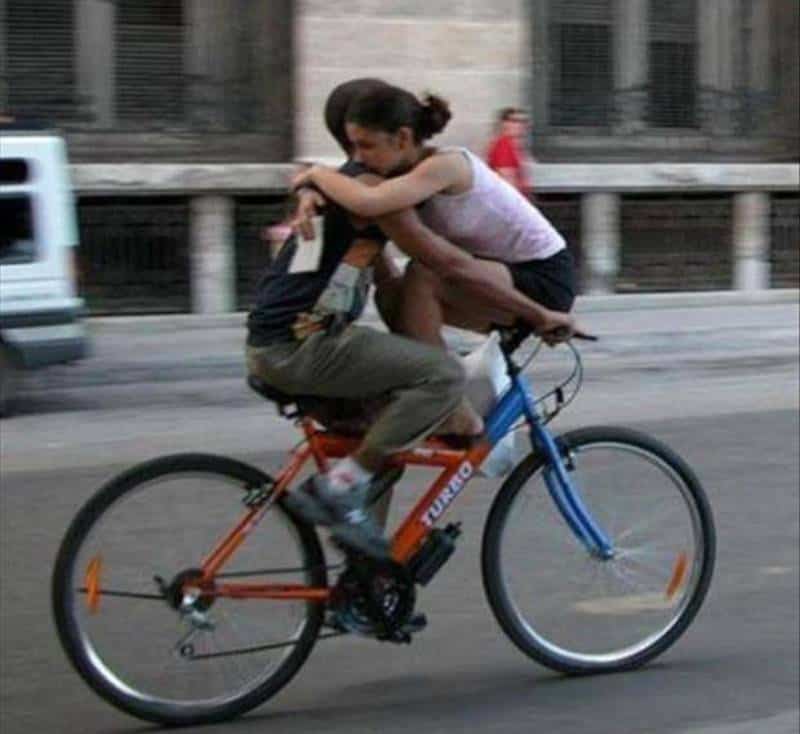 Ah young love. When you don’t think about everything that could go wrong when riding something like a bike in the absolute wrong way.

Coudn’t He Find a Ladder? 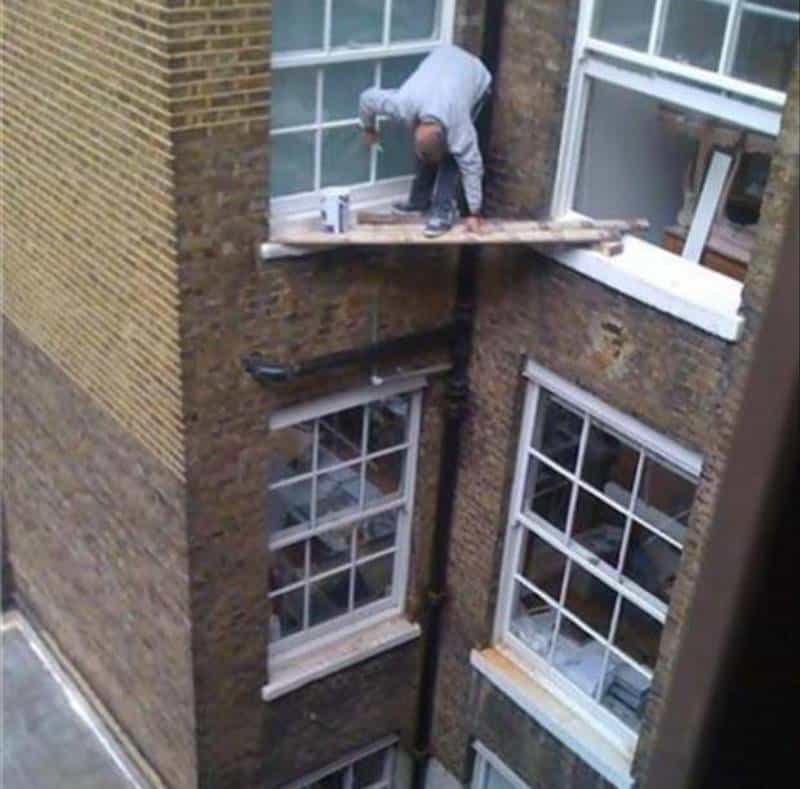 You’ve got to give this guy props for being brave enough to do something like this. One has to wonder how long he was able to celebrate that bravery before the board slipped.

That’s Still Not How Ladders Work 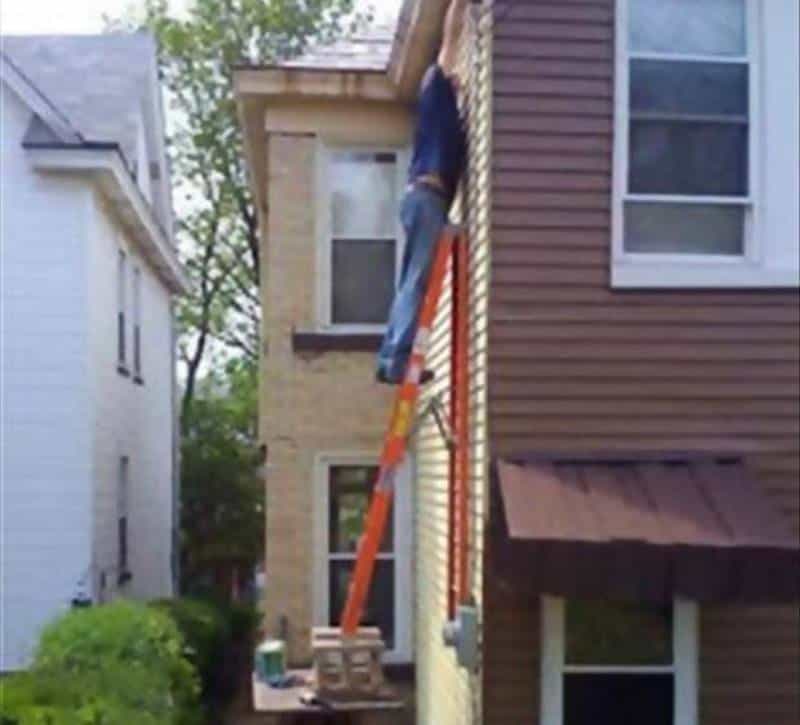 What is it about people trying to balance ladders in places where they absolutely should not be balanced? We think this guy is in for a painful fall once he shifts his weight a bit.

She’s In for the Long Haul 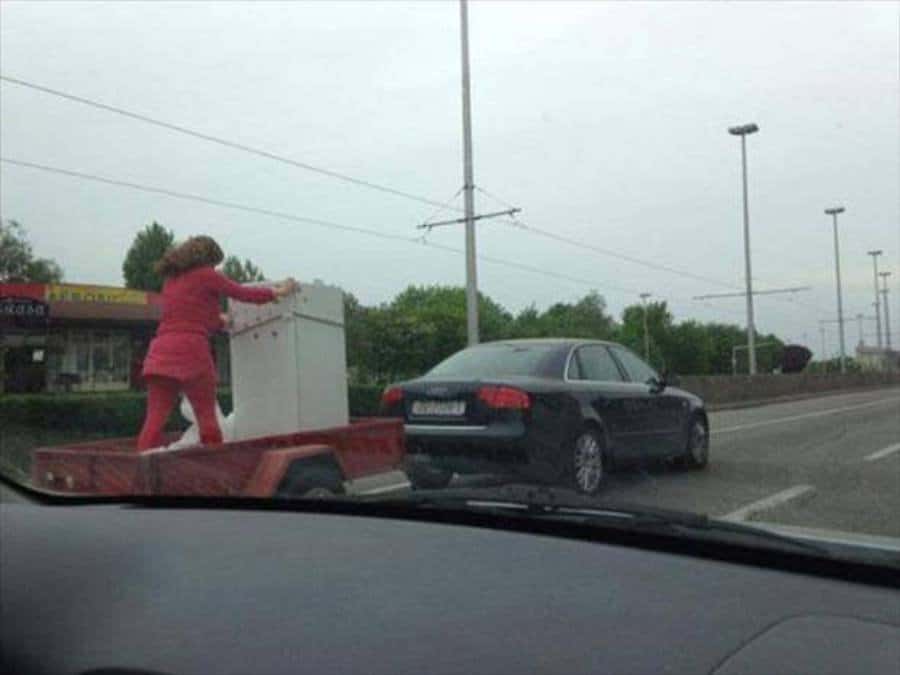 It’s hard to know where to begin when it comes to talking about all the things that likely went horribly wrong almost immediately after this picture was taken. Perhaps weirdest of all, is that it doesn’t seem as if they had to stand the fridge up is in the trailer. Laying it down would have been quite a bit safer, we’d think. 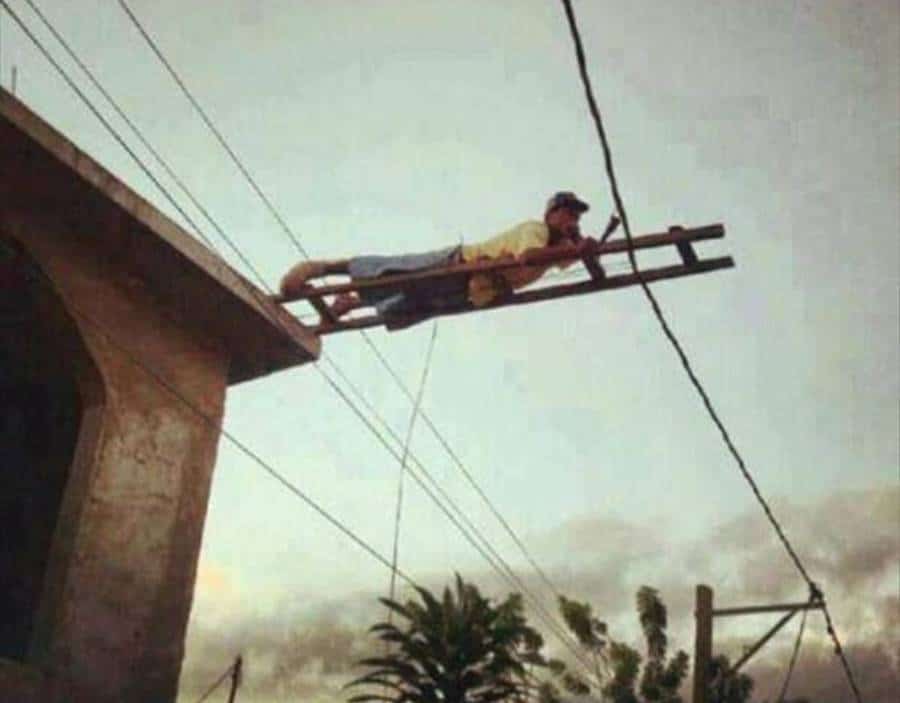 It would seem as though using the ladder in the right way to get to that power line would make more sense. This way just seems to be asking for injury or death in a number of different ways.