10 Of The Worst Food Challenges For Your Body

There are food challenges spreading across the entire world at the moment. They appear to be all the rage lately with the younger crowds, most of whom don’t really consider how devastating these challenges can be to their bodies. Now, we’re not talking the type of food challenges you might see on the Travel Channel. Instead, these are the type of challenges you view on YouTube as a bunch of young teenagers and 20-something adults record themselves and their friends doing stupid stuff. Read on to find out some of the worst food challenges you could put your body through — you’ll be shocked to see what some people are doing. 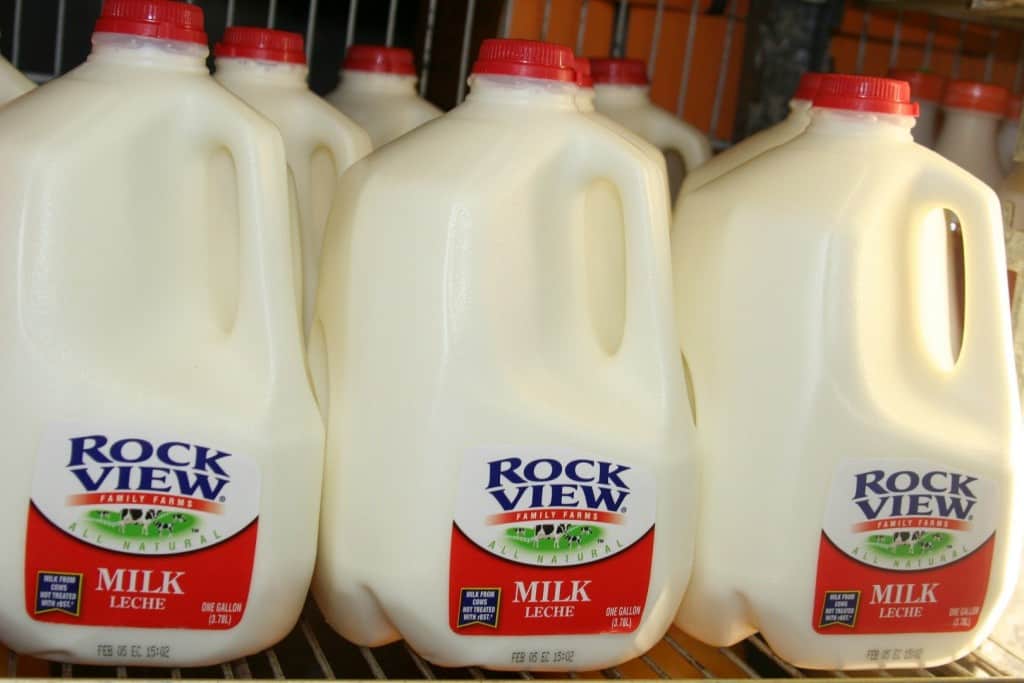 The milk gallon challenge doesn’t sound too bad, especially considering most people drink milk almost every single day. It’s an incredibly healthy option for any meal. However, the whole point of the challenge is drinking an entire gallon without throwing up. That much milk can be a problem on the body, as the average human stomach can stretch up to one liter. A gallon far exceeds one liter. 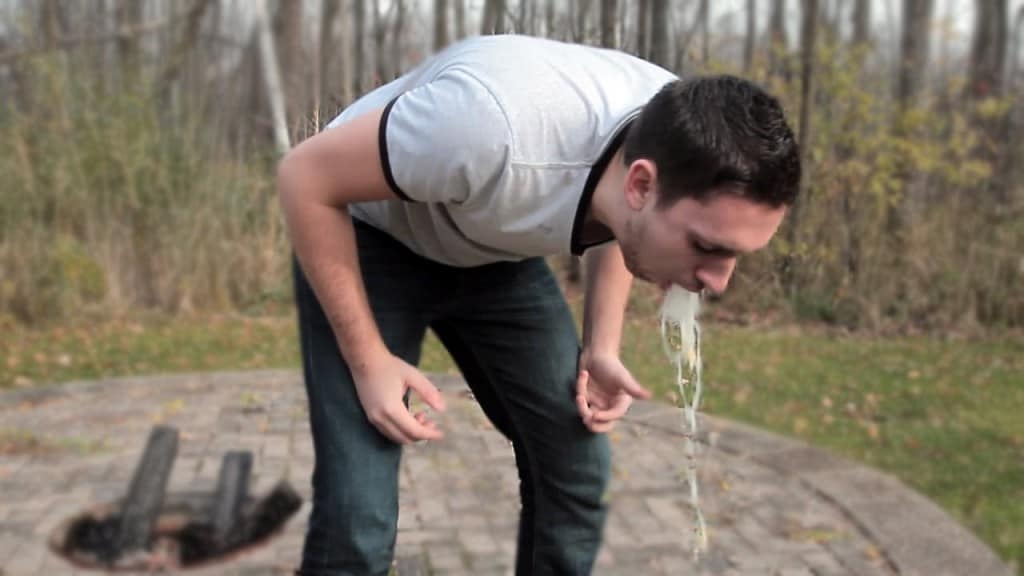 The banana and Sprite challenge is quite similar to that of the milk gallon challenge. The person must drink more than their body is capable of handling without expelling the contents of their stomach. You must keep both the bananas and the Sprite down or you lose. Now, you’re going to puke, but it’s who lasts the longest that counts. 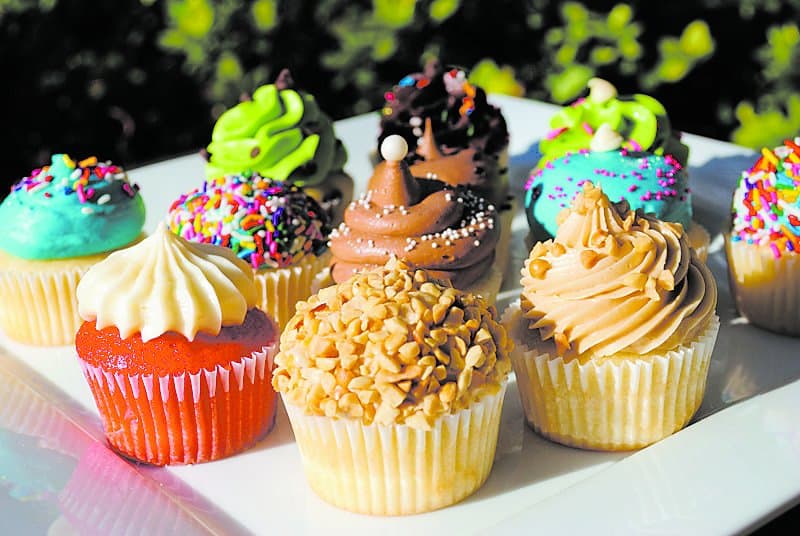 This particular one was a focal point on National Geographic’s “Do or Die” television show. The person must eat as many cupcakes as possible within the allotted time. The person who does eat the most wins. Choking is the biggest hazard for anyone attempting this particular feat. 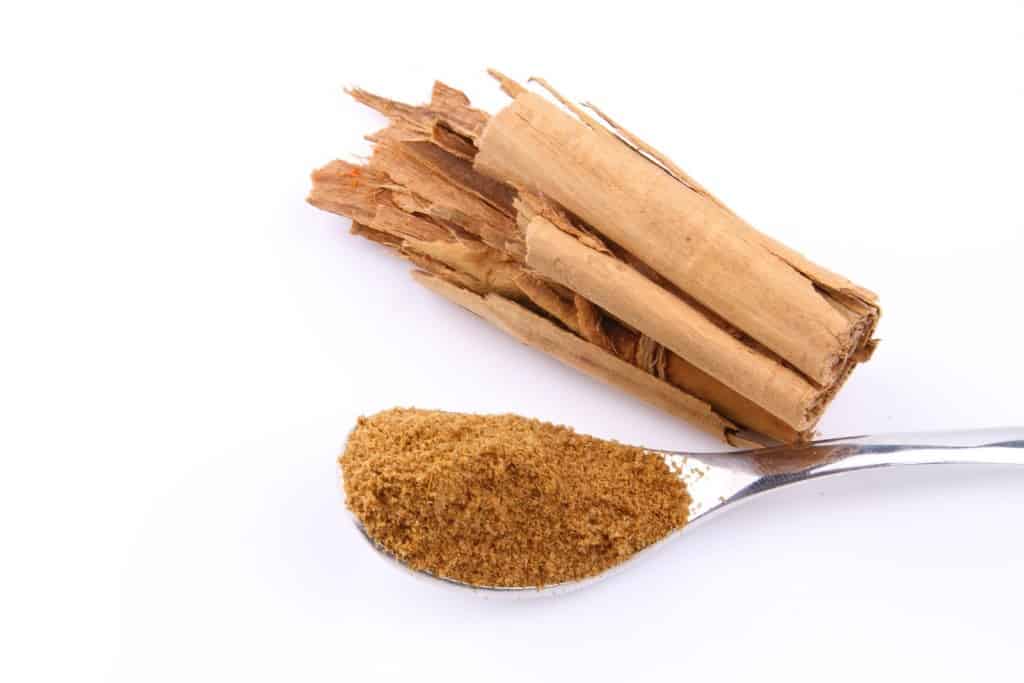 As someone who has personally attempted the cinnamon challenge, I must say it is definitely hazardous to your health. Cinnamon is incredibly dry, so when you try to eat a whole spoonful of it without any water, the potential for choking is very real. People have landed in the hospital or worse thanks to this particular food challenge. 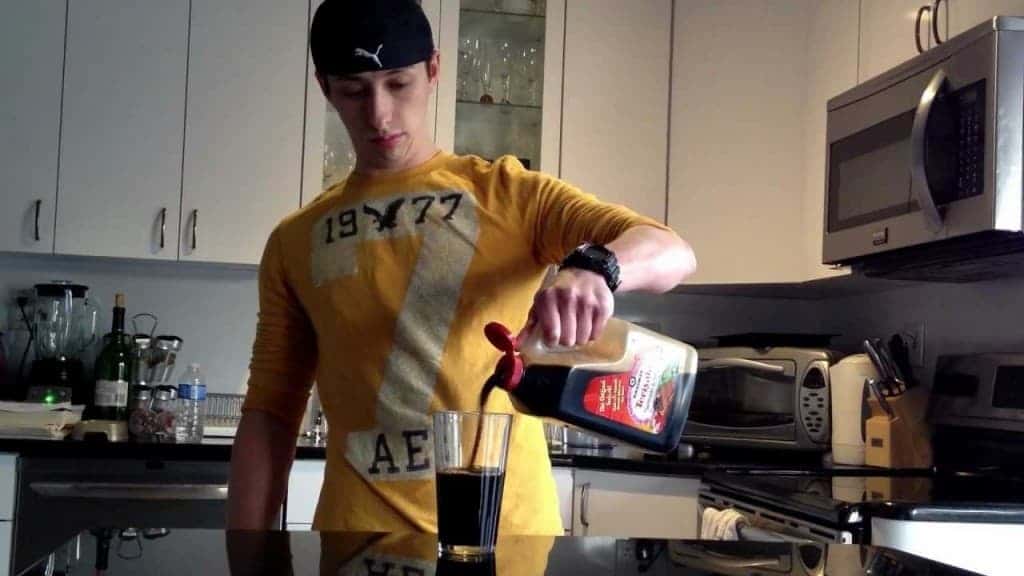 Soy sauce has an insane amount of salt within its contents, so trying to drink down that much can literally lead to a salt overdose. Back in 2011, one teenager started twitching, which turned into seizures, and ended with him in a coma. He survived, but it’s a good warning to everyone else thinking of downing a bottle for fun. 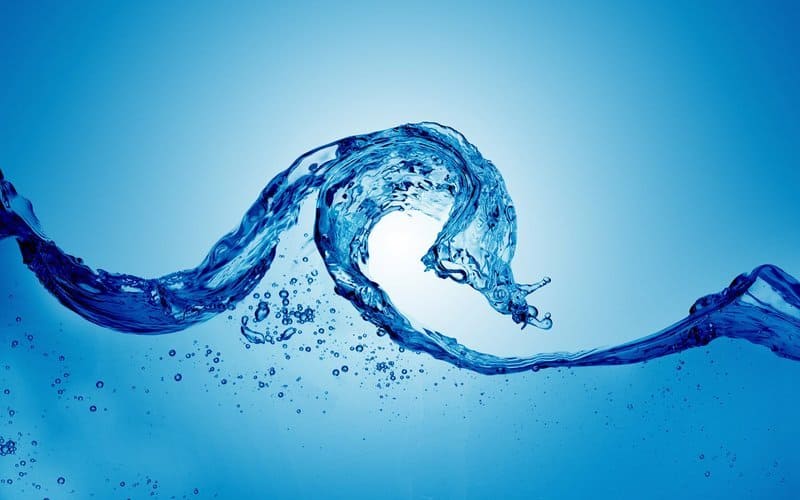 Drinking a lot of water doesn’t sound like it’d be all that difficult, but it’s the stomach’s ability to hold only a certain amount before it bursts that is the problem. You must drink large quantities of water and then attempt not to go to the bathroom for a long time. The bladder can only hold so much, too, so that ends up expelling its contents in your pants. 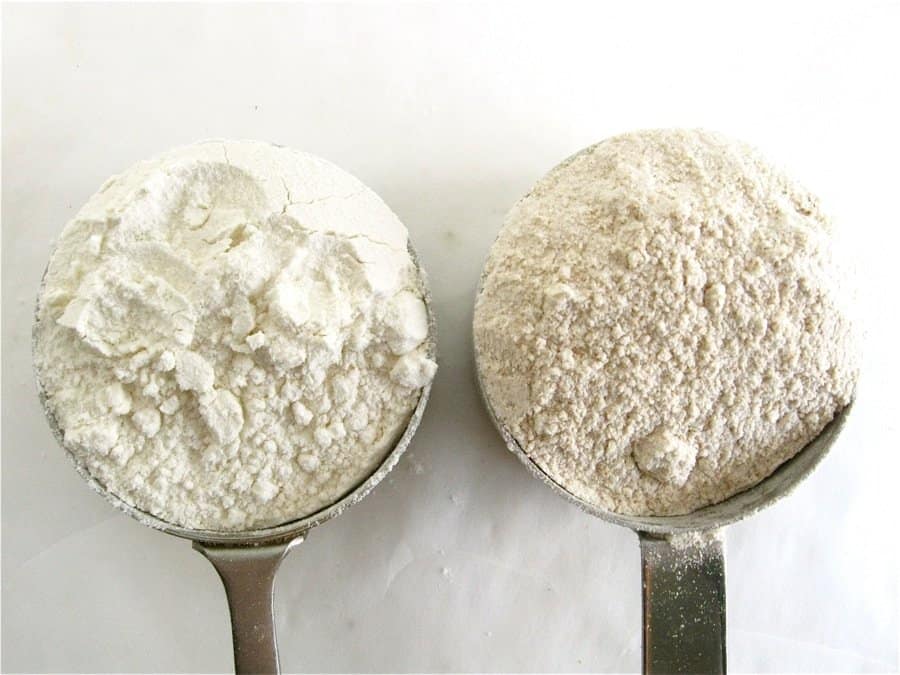 Much like the cinnamon challenge, the flour challenge forces the player to fill a spoon with flour and down it without any liquid assistance. Coughing, wheezing, and gagging are all very real threats here. Choking is another huge concern, as the flour coats the interior of the throat, which is wet and slimy. 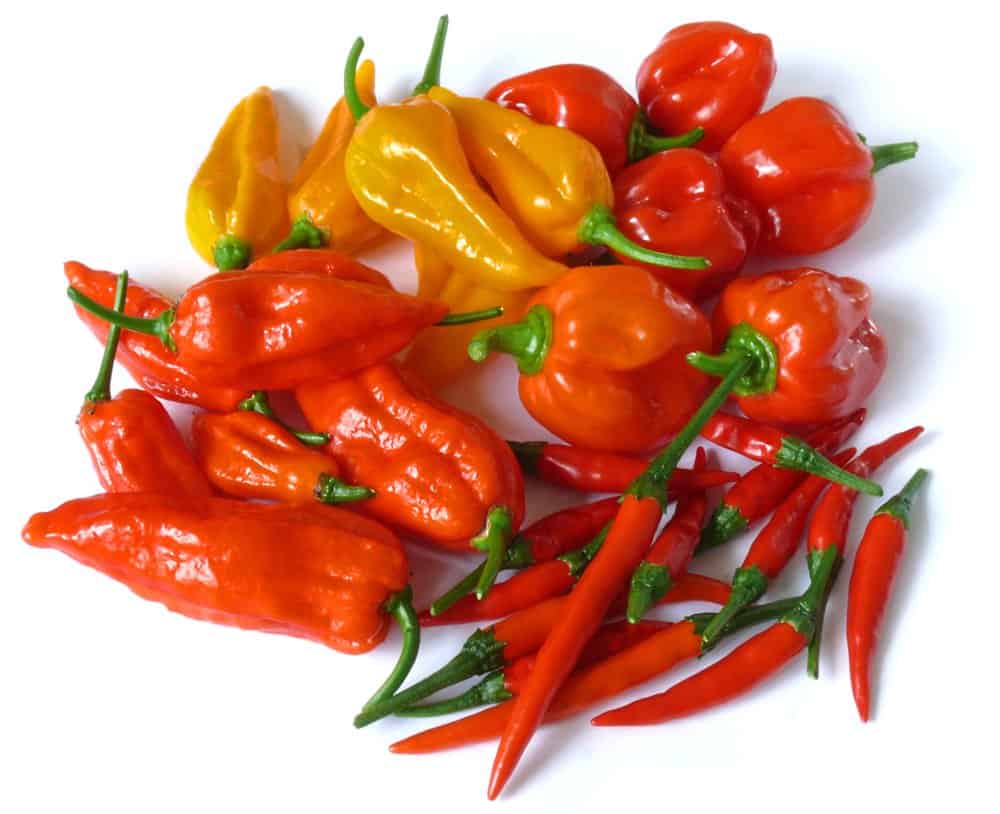 The ghost pepper is known as one of the spiciest peppers on Earth. The burning sensation occurs nearly one minute after eating, but then gets considerably worse for up to 15 minutes afterwards. The burning sensation fades after around the half hour mark, though. The person must eat an entire pepper, and then deal with the irritation to the gastrointestinal tract, an upset stomach, and diarrhea. 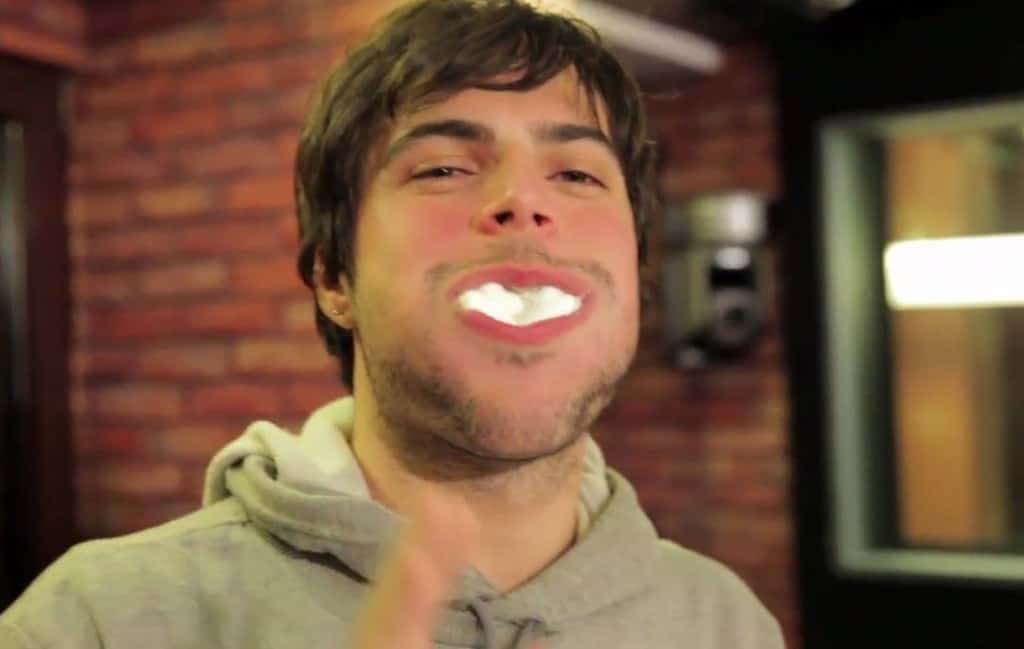 Marshmallows are incredibly delicious, especially when combined with chocolate and graham crackers to make Smores. The Fluffy Bunny challenge features the contestant needing to fit as many marshmallows as possible into their mouth until they can no longer utter a the phrase “chubby bunny.” The biggest danger here is the choking hazard. 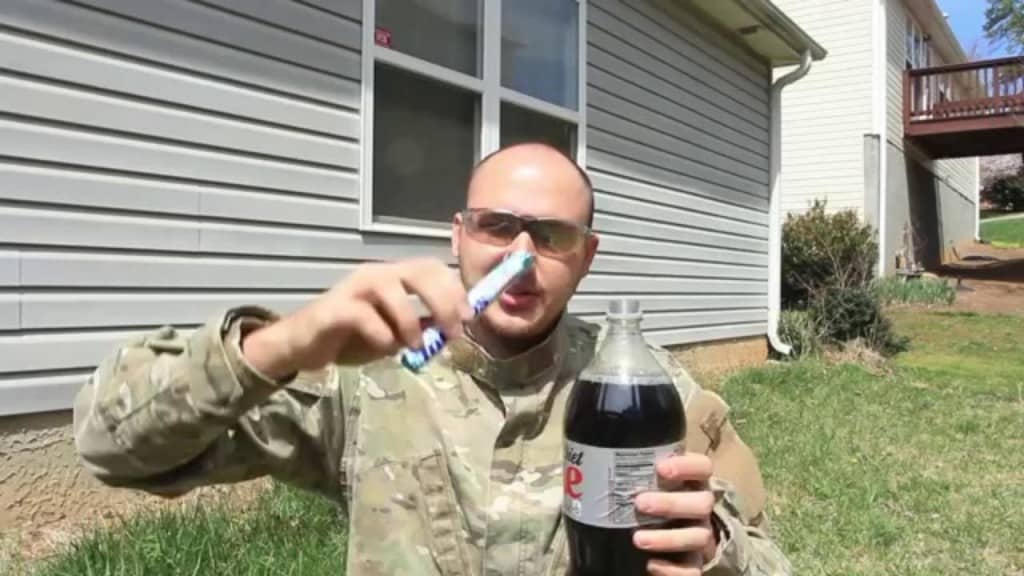 Combing Mentos and diet soda is never a good combination, as the mint causes the soda to explode in a foamy mess. This particular challenge has been rumored to cause the stomach to explode, which was proven false by Myth Busters. However, puking is a very real concern for anyone popping a few Mentos and downing some Diet Coke.