10 Of The World’s Craziest Bathrooms

Bathrooms are some of the most normal places in the world, because they are used pretty much everywhere. They are used to bathe, get ready, and take care of certain business that usually involve relieving one’s self. Most bathrooms are generally the same, involving a toilet, sink, maybe a shower or bathtub of some sort, but generally they are the same in design. Some bathrooms are much nicer than others, but it is very rare to see a bathroom as nice as these ones. This list is a compilation of insane bathrooms that are extravagant and crazy. 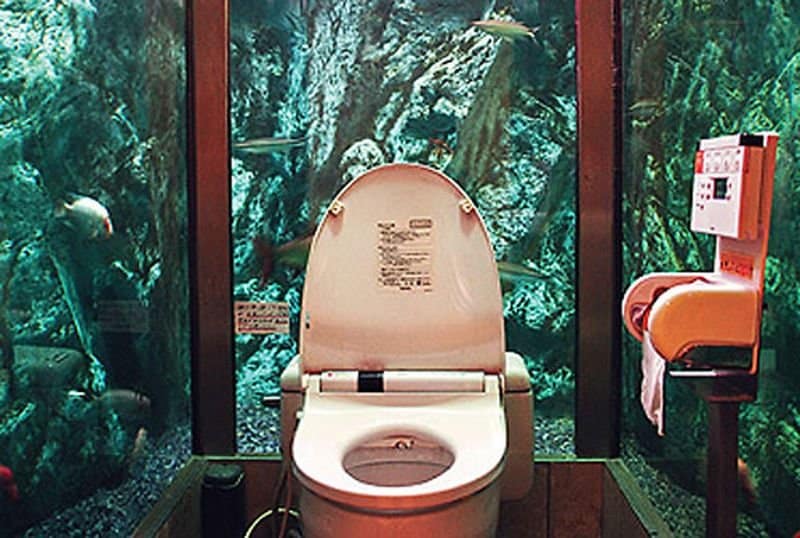 This woman’s-only bathroom in Akashi, Japan, is surrounded by a live aquarium. 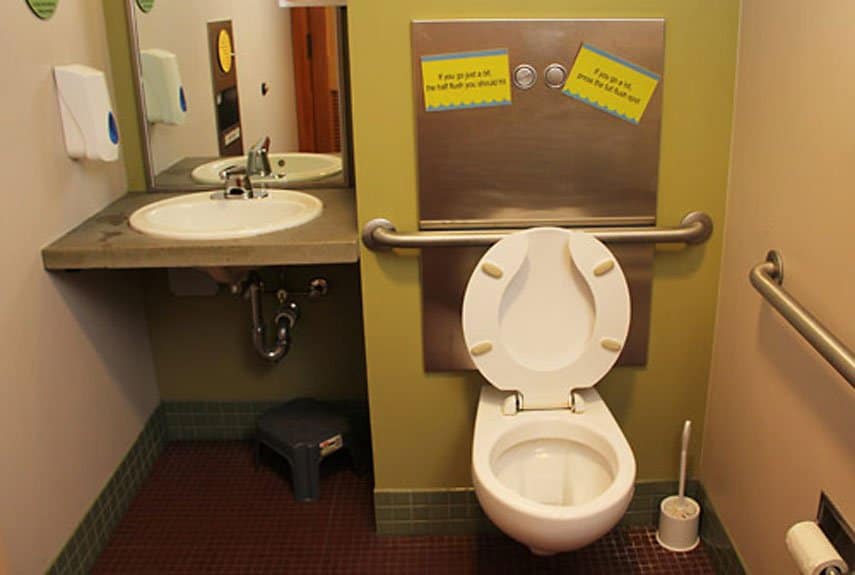 This bathroom in Milwaukee, WI, doesn’t look too crazy, but it’s actually really cool. Everything in the bathroom is made out of organic and biodegradable compounds, and the toilets are flushed using nothing but rainwater. 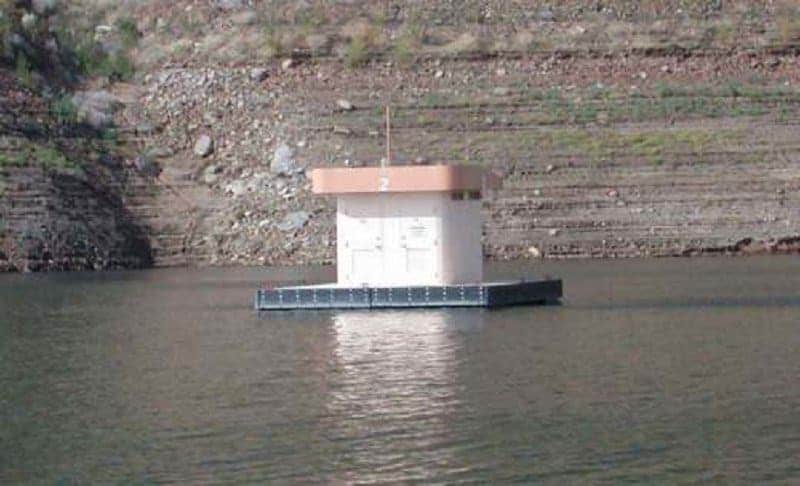 There have been a series of floating bathrooms installed in Lake Powell, Utah, in an effort to reduce water and land pollution for swimmers, boaters, and fishers. 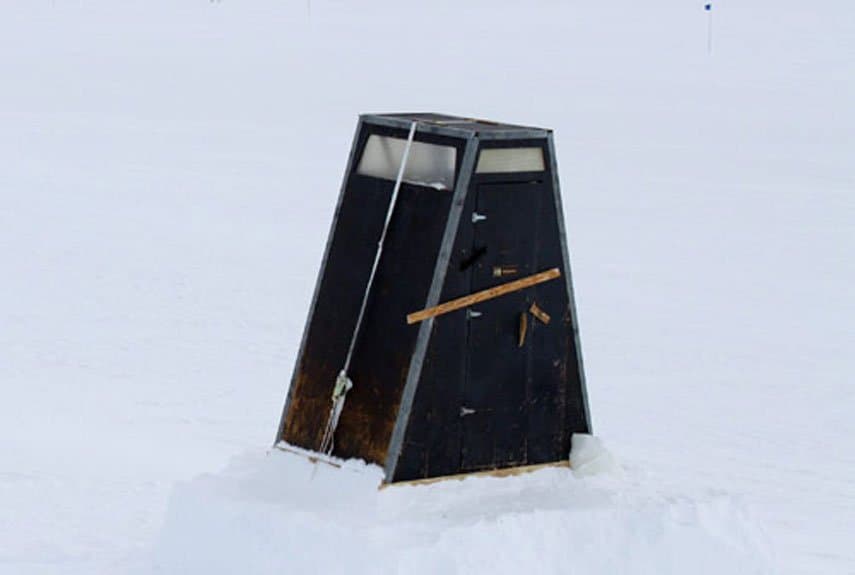 People generally try to make little to no environmental impact in Antarctica, but it’s pretty much impossible to get rid of the urge to use the bathroom. Arctic outhouses are used for solid waste only, so they don’t have much of an odor. 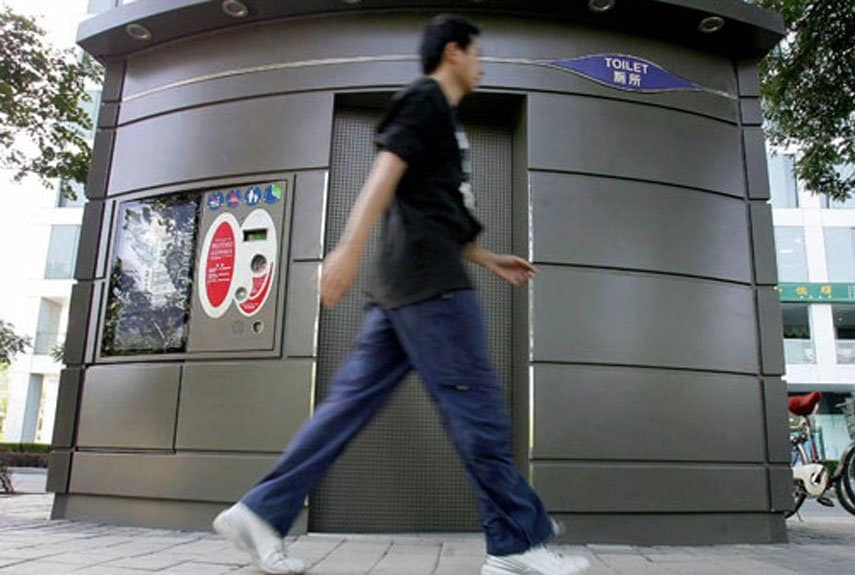 This bathroom located in Beijing, China, was built as a part of a series of anti-terrorism products after 9/11. This bathroom is bulletproof, and is immune to TNT explosives. 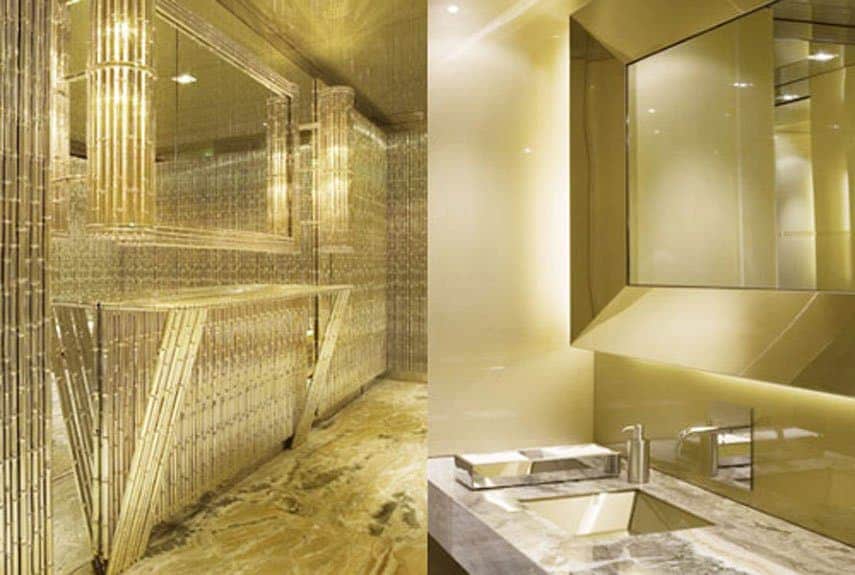 Dolce and Gabbana has an A-list restaurant called “Gold” and the bathroom is no exception. 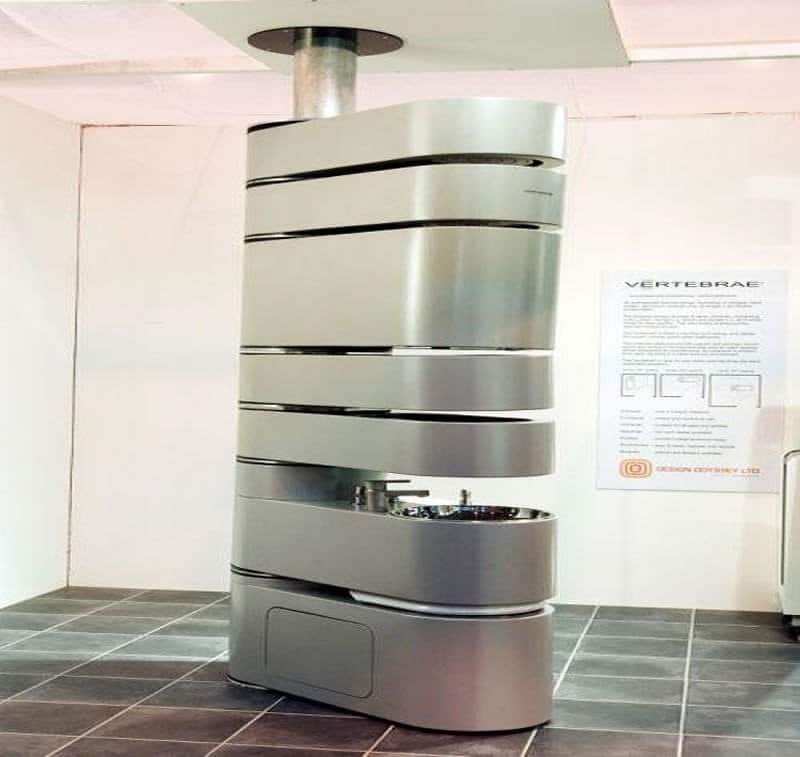 This bathroom design can be installed pretty much anywhere that someone needs to save space. It has been referred to as the “Swiss army knife” bathroom. 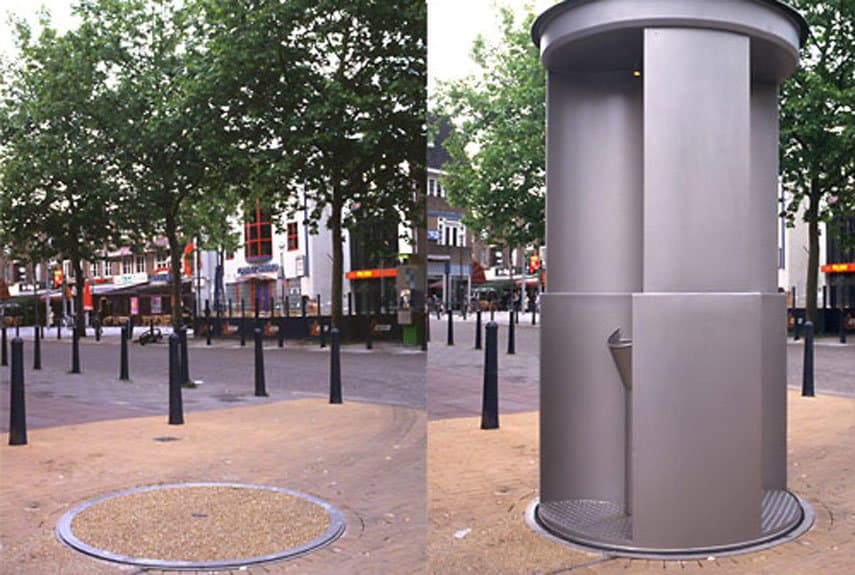 This toilet is located in various cities, and is an effort to reduce drunken public urination. It pops up around 10pm and then goes back down around 3am each day. 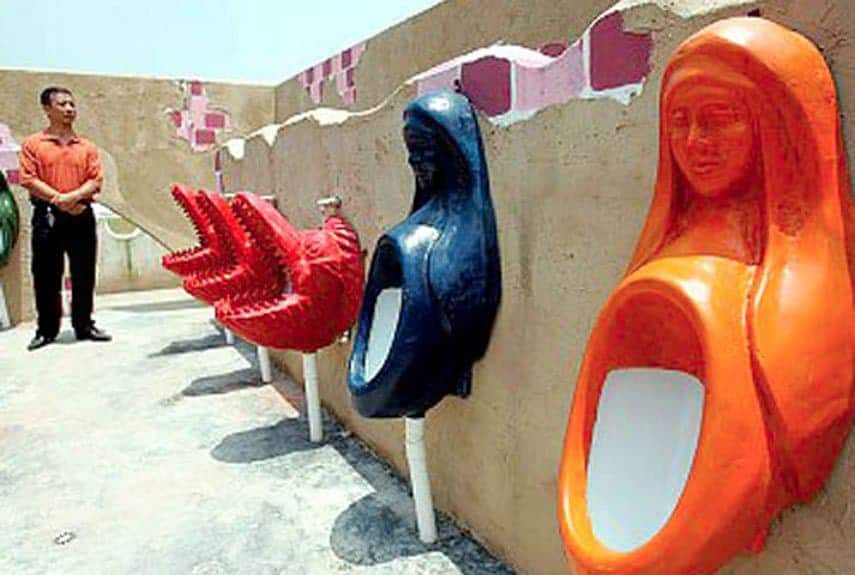 The largest bathroom in the world is located in Chongqing, China. It has over 1000 toilets! 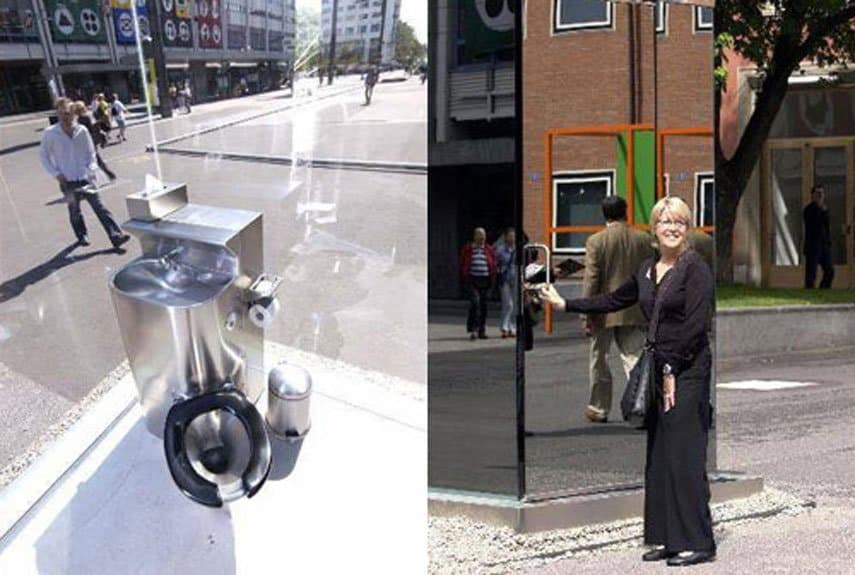 This toilet in Switzerland is made using one-way mirrored glass, so on the outside, it looks like a mirror, but the person on the inside can see everything.