10 Of The Most Venomous Snakes In The World

Ask yourself, how many venomous snakes can you name? Do you know what danger they pose and how to prevent or cure the bites from those snakes? If you just realized you are surprisingly under-educated about this topic, we’ve got you covered! We’ve gathered the ten most venomous snakes in our list below. And a quick remark before we start – a venomous animal is the one that injects you with venom, while a poisonous one causes you harm through touch or eating. 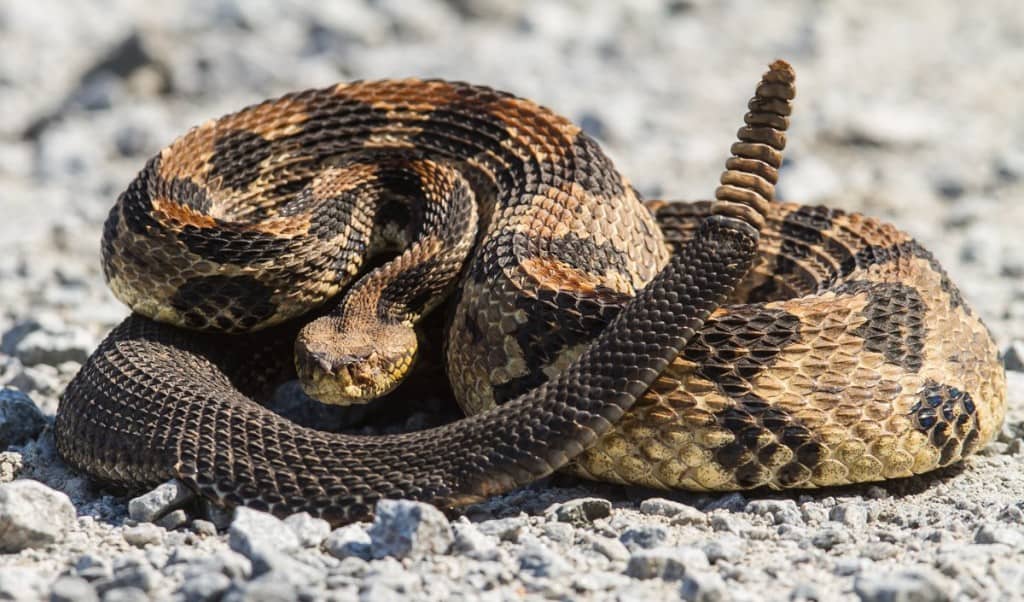 Rattlesnake is the only venomous snake on this list that lives in the United States. The way to spot it is the rattle on the end of its tail. The younger snakes are more harmful than adults as they can’t control how much venom they inject into a human. The venom they release is hemotoxic, meaning that it makes human blood clot. Even if you react promptly and receive treatment, there’s still a chance you’re going to lose a limb or die. 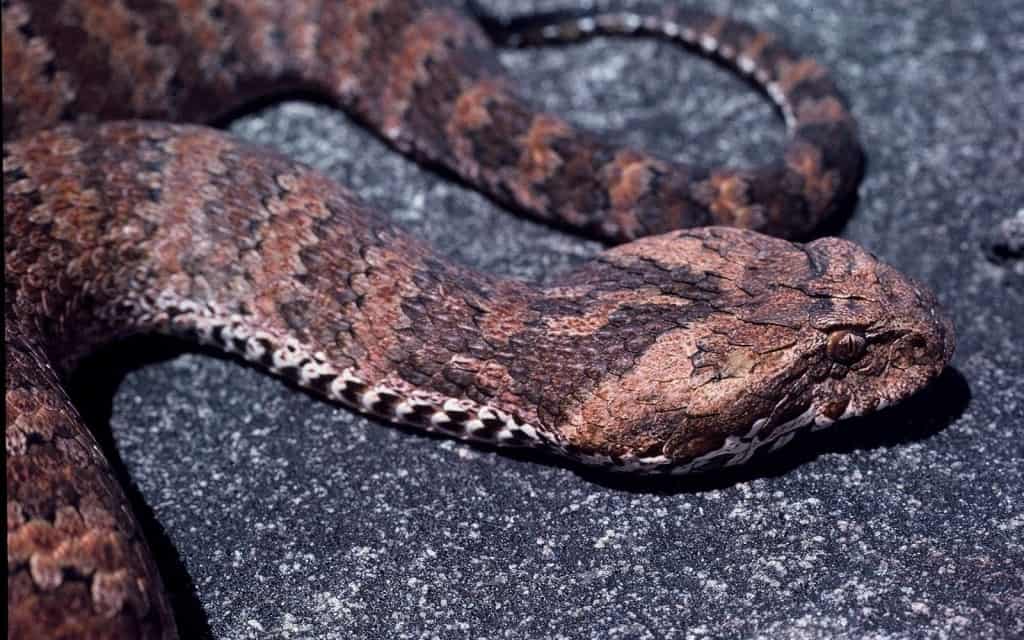 The Death Adder lives in Australia and New Guinea and have triangular shaped heads and short bodies. If left untreated, a Death Adder’s bite will cause a person to die in under 6 hours. If bitten by a Death Adder, you’ll essentially choke to death. The fatality rate for the Adder’s bite is a staggering 50%. 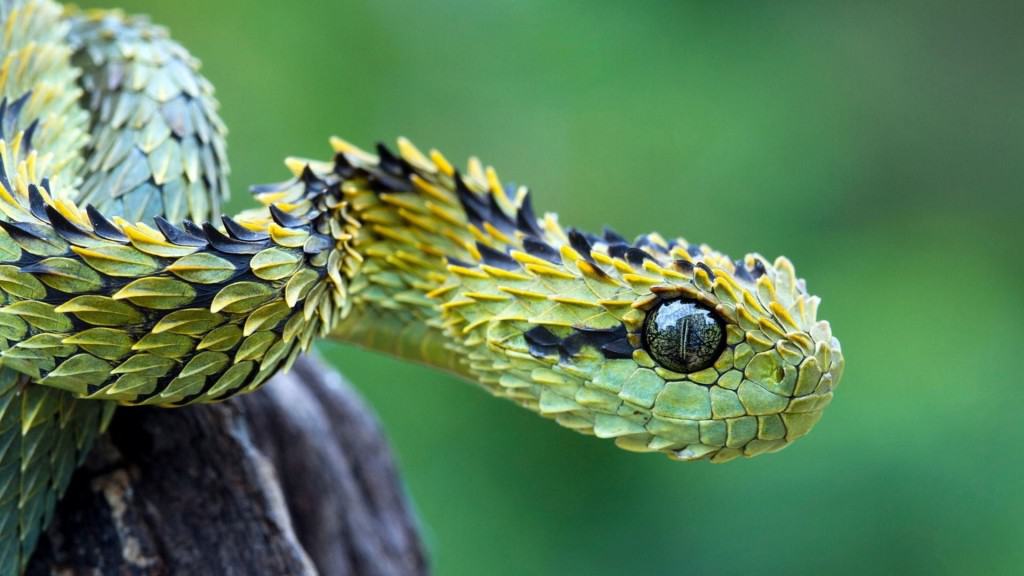 Vipers live around the globe, but the most venomous, the Saw Scaled Viper and the Chain Viper, are usually found in the Middle East and Central Asia. They usually attack at night, especially after it has rained. They are known to be extremely fast and when they bite a human, and the place where the bite happens swells almost immediately. Bleeding, a reduction blood pressure and heart rate as well as blisters are all side effects of a viper’s bite. 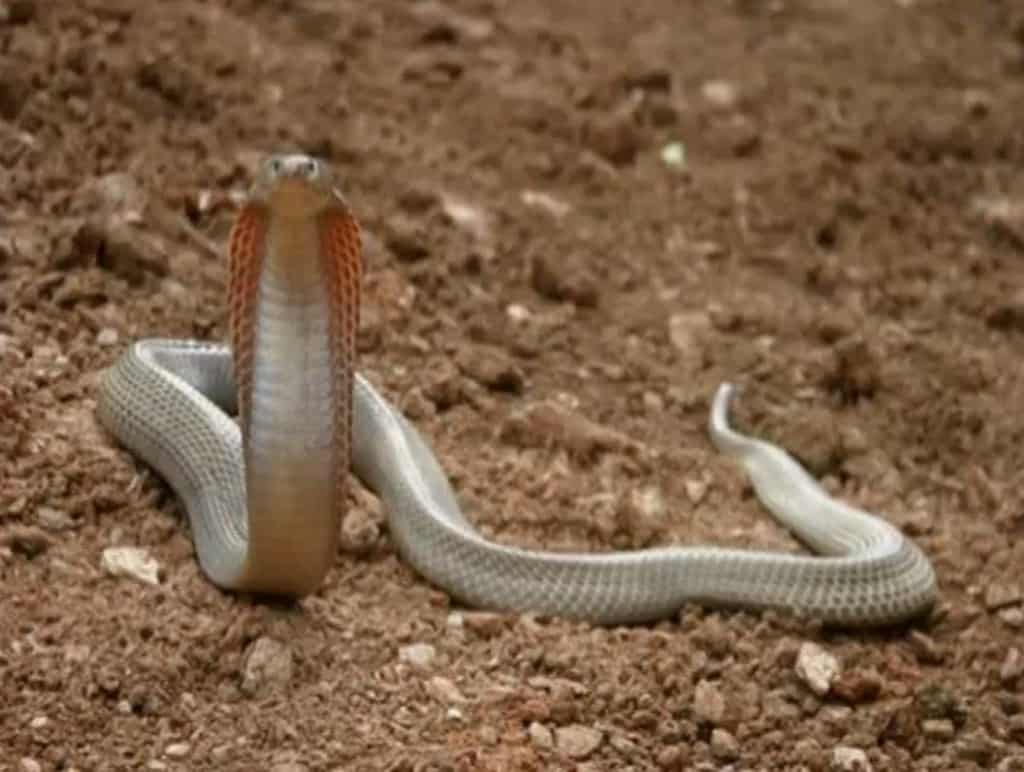 Even though the majority of cobras aren’t venomous enough to make this list, the Philippine Cobra is an exception. Their venom is the most poisonous out of all the cobra species and it messes with one’s breathing and spine, causing a person who is bitten to die within half an hour. 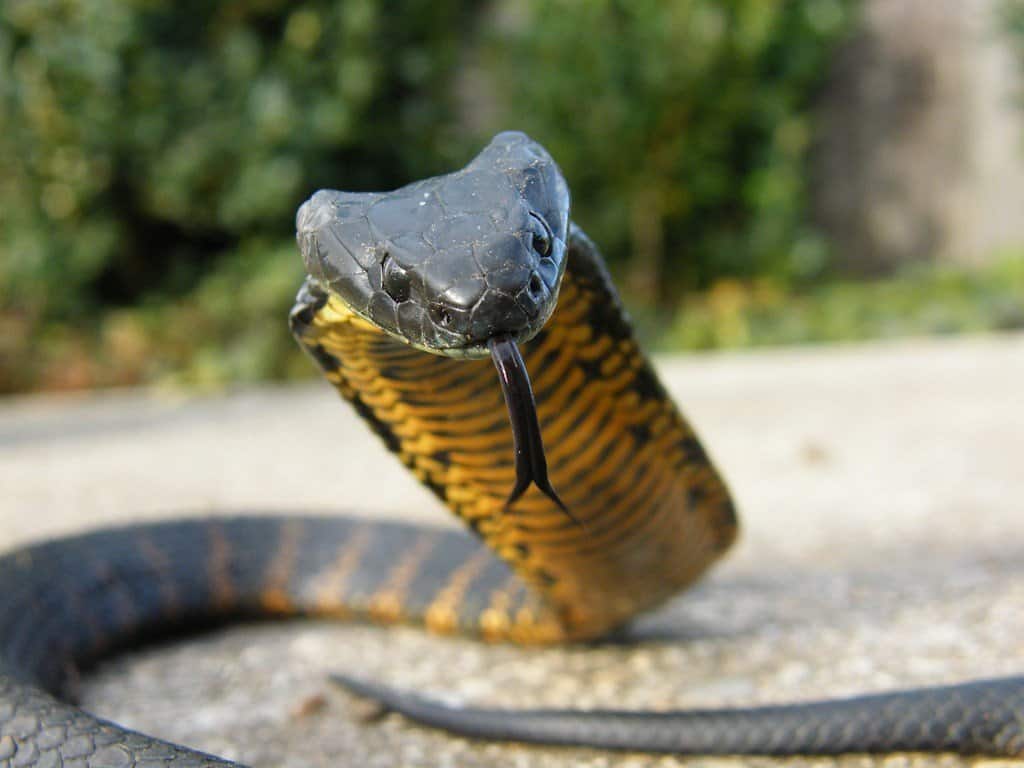 The Tiger Snake lives in Australia and carries one of the most horrendous neurotoxic venom. If bitten, a person dies between half an hour and a day. The fatality rate from such a bite is estimated to be around 70%. The way to recognize the tiger snake is if you experience tingling, sweating, numbness, paralysis or breathing problems. 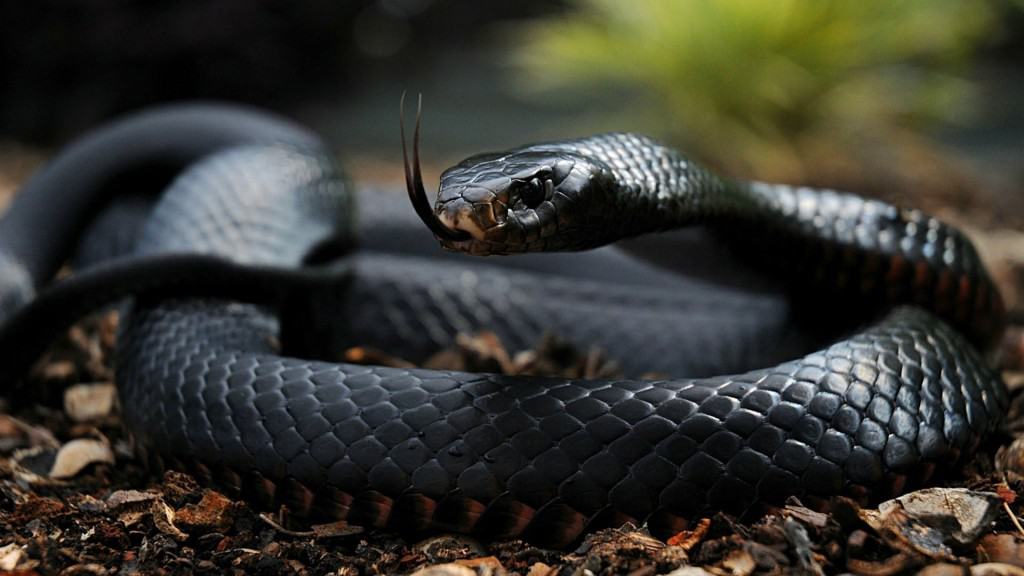 Black Mamba lives all over the African continent. It is a very aggressive species alongside being the fastest snake known to man. It can attack up to 12 times in a row and has enough venom in one strike to kill 25 people. In half of the cases of a black mamba attack, the person dies. 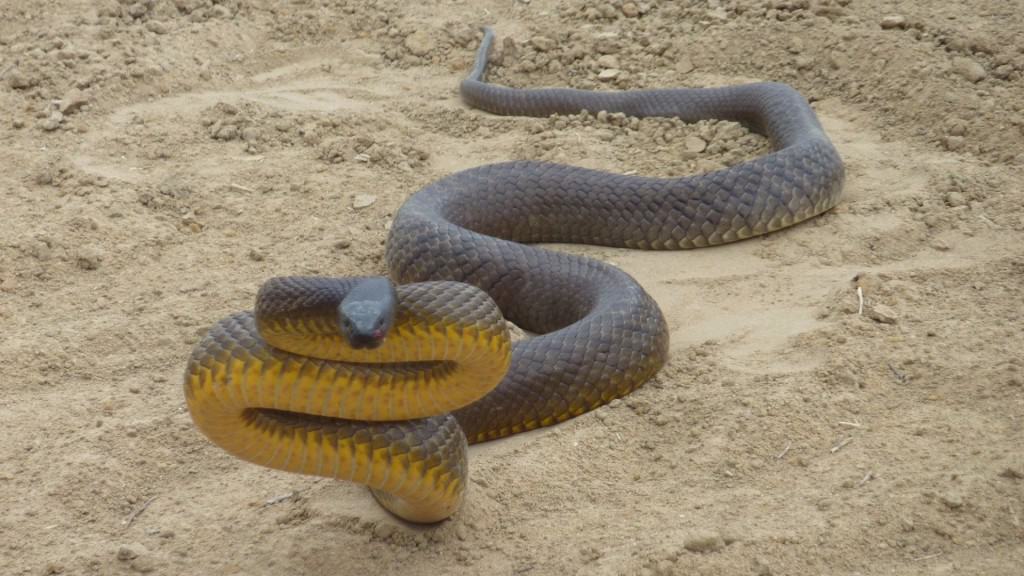 Taipan is another snake that comes from Australia. The venom it stores in its body is enough to slaughter up to 12,000 guinea pigs. The way it works is it causes clots in the blood and also affects the brain, killing the victim in under an hour. 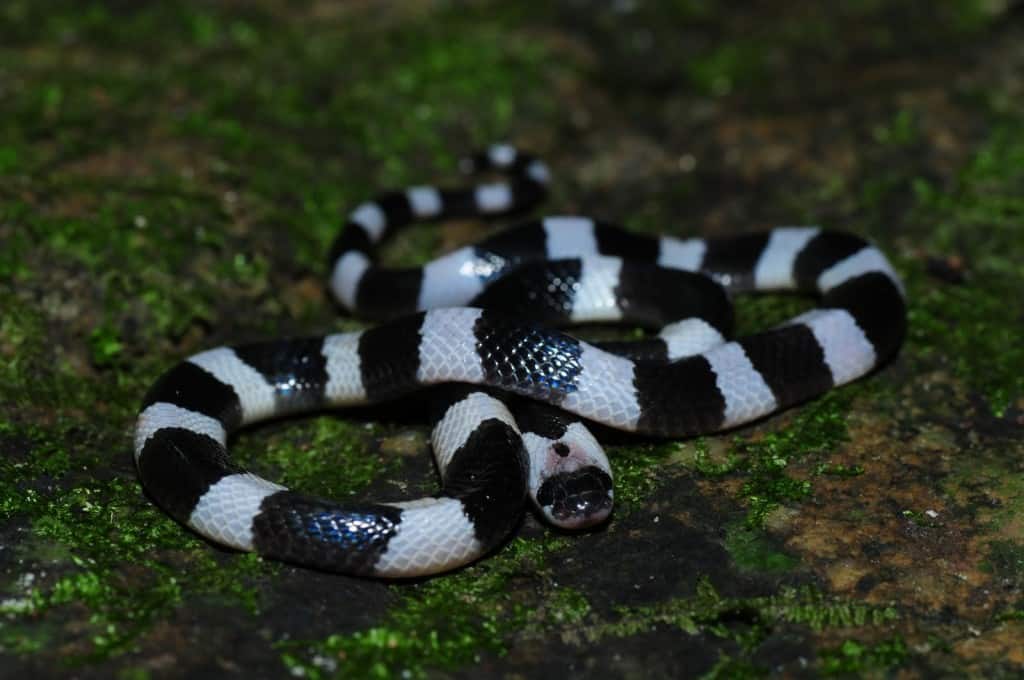 Blue Krait lives in South East Asia and Indonesia. Death occurs in half of its victims, attacking by night as it gives it a chance to be even more aggressive. Its venom is 16 times more harmful than the most venomous cobra. It causes paralysis and then death in 6 to 12 hours. 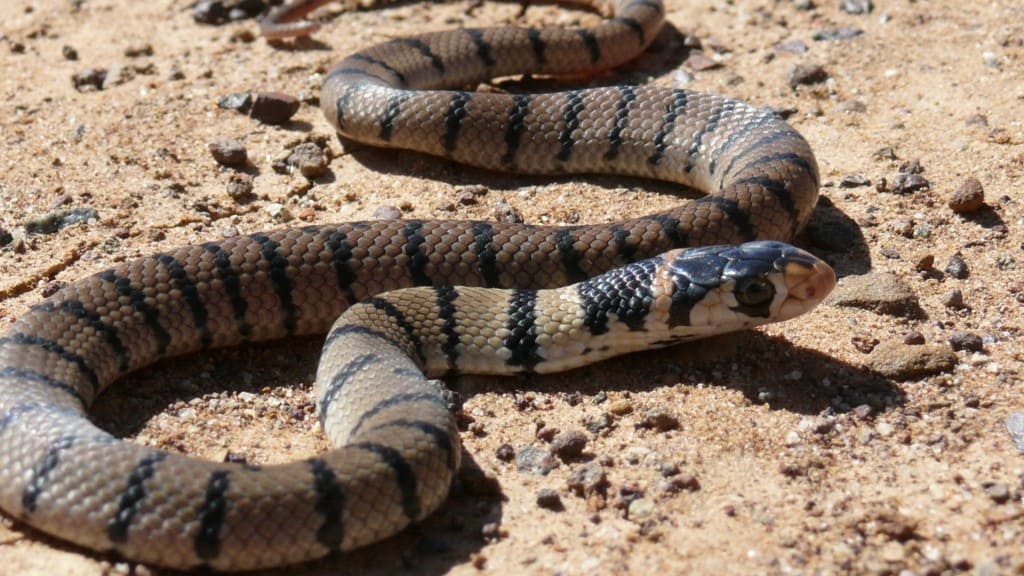 To kill a human, only 1/14,000 of an ounce of Eastern Brown Snake’s venom is needed. Just like a number of snakes on this list, its endemic to Australia, Papua New Guinea and Indonesia. It’s fast, aggressive and bites more than once. However, not all of its bites are venomous. 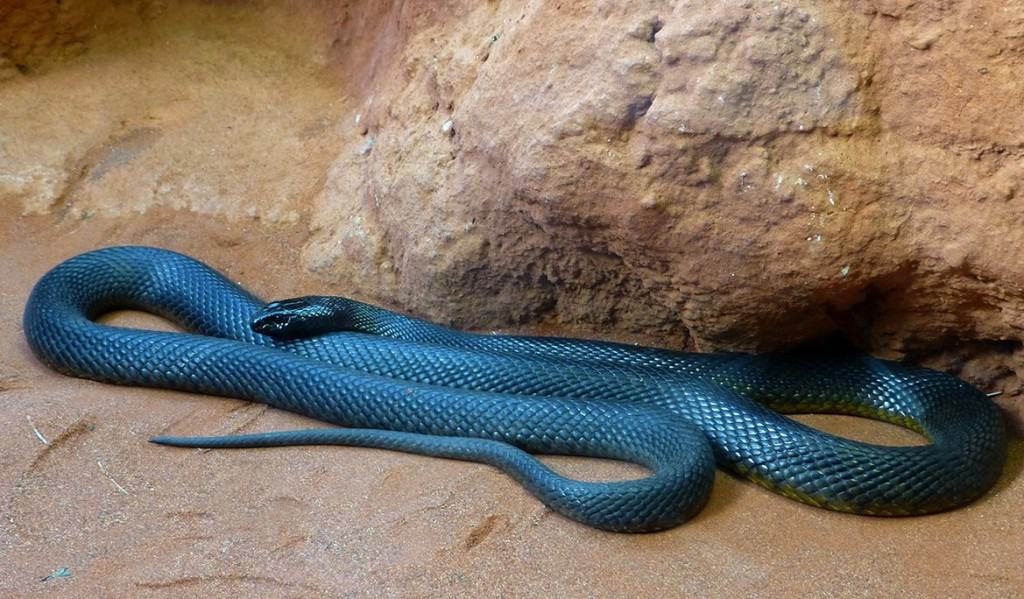 Inland Taipan has the most toxic venom of snake on the globe. In just one bite it has 110mg of venom which is estimated to be enough to kill 100 people. It is thought it could kill a person within 45 minutes. However, no cases of it actually attacking a human have been recorded.