10 Of The Most Expensive Perfumes In The World

Enticing and impressing people by not only dressing well, but also smelling nice has been a priority ever since ancient times, where natural fragrances and perfumes have been used. However, it wasn’t until the 1800s when the perfume industry as we know it today truly blossomed. Today, in order for a great perfume to be created, a chemist with the help of an artist mix a ton of chemicals and ingredients in order to create some of the best smells known. However, the price of the perfume sometimes comes from its brand or the bottle and not only the smell. Without further adieu, here are 10 of the most expensive perfumes and fragrances from around the world. 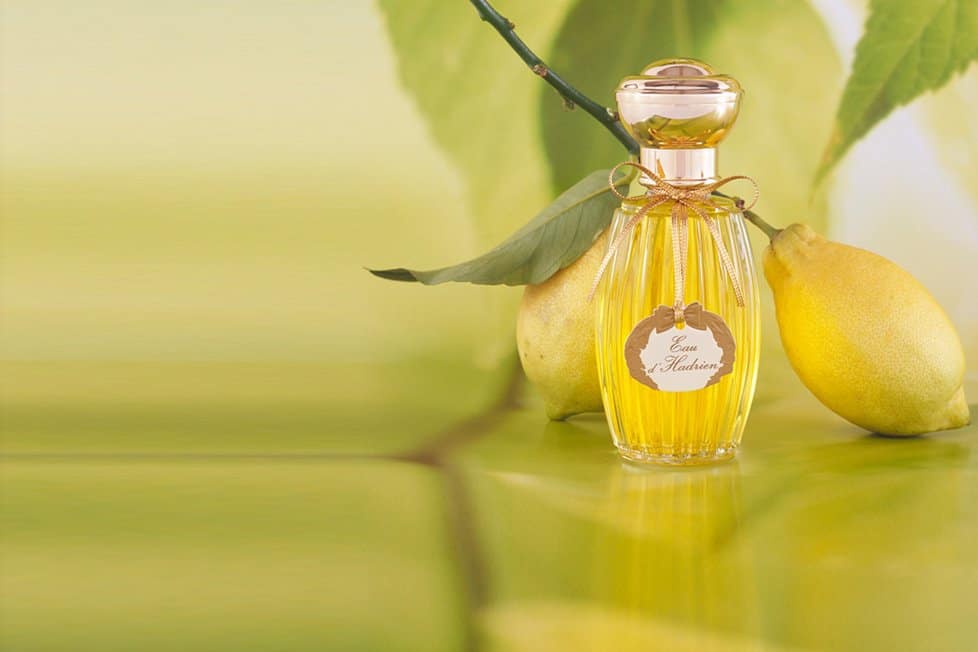 Launched back in 1982 and the result of a collaboration between the infamous Annick Goutal and Francis Gamail, Eau d’Hadrien is one of the most expensive perfumes in the world. The citrus flavored perfume, which captures the smell of lemon grapefruit, cypress and mandarin orange sells for as much as $1,500 for a 3.4 oz bottle. 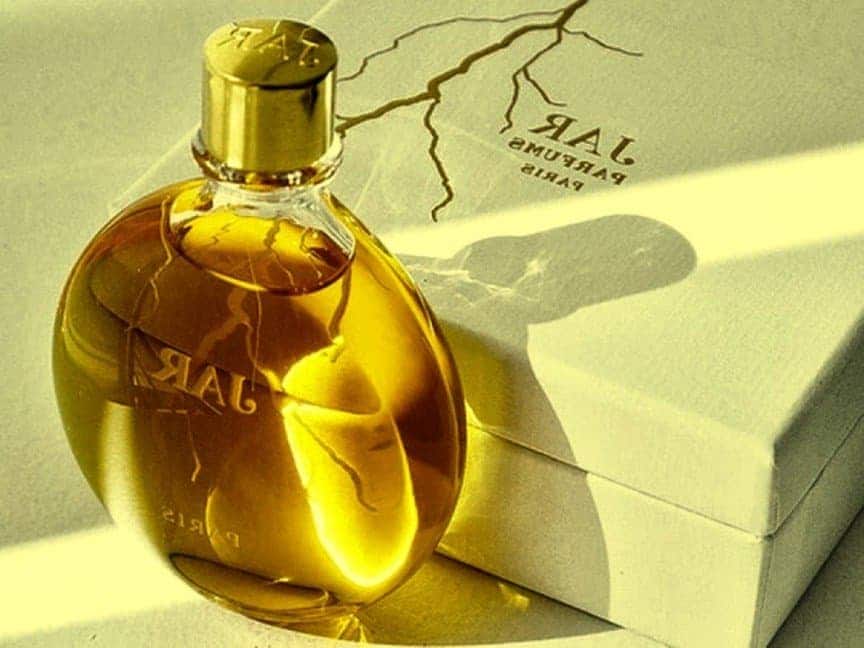 Designed by the jeweler Joel A. Rosenthal, the Jar Bolt of Lighting perfume smells, as marketed, of air just after a lightning strike. Released back in 2001, the perfume costs as much as $765 per ounce. 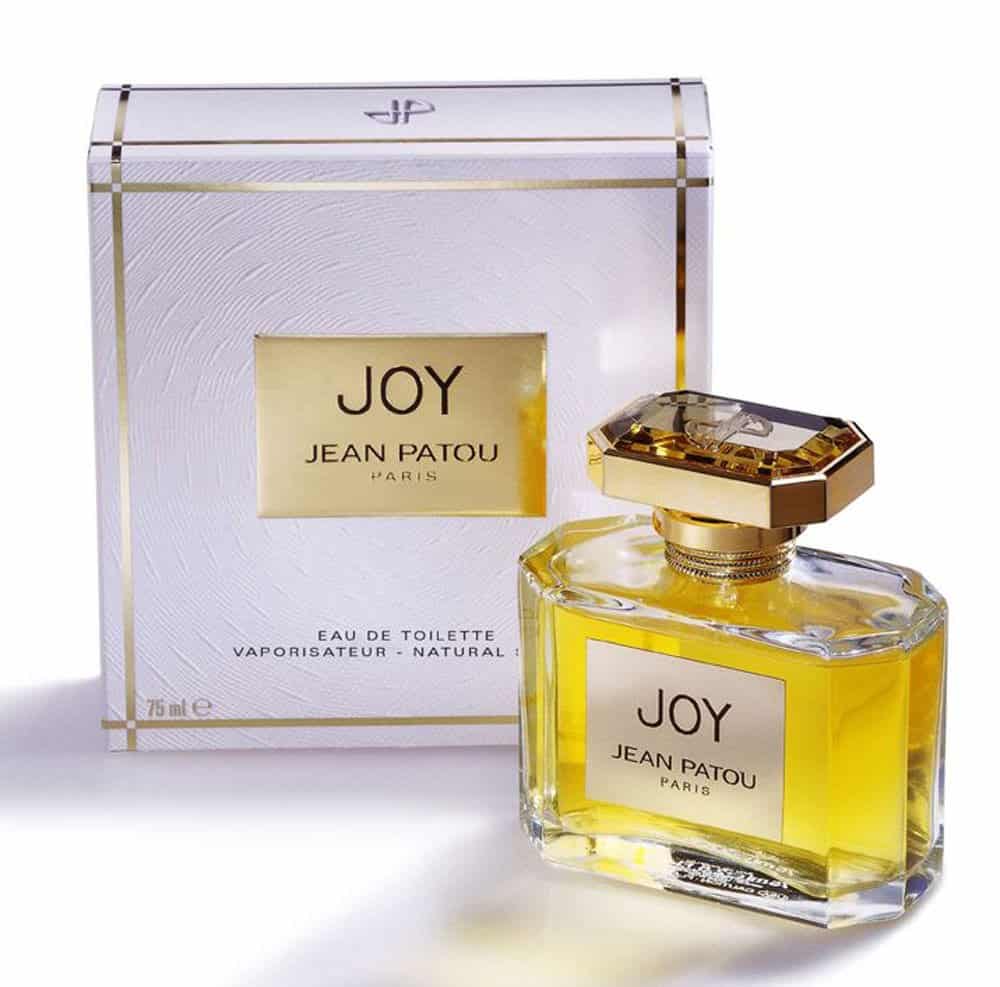 Created as early as 1929 for the French courtier Jean Patou, Joy by Jean Patou is one of the most highly-regarded fragrances ever created winning the 2000 FiFi award ‘Scent of the Century.’ It costs as much as $800 per ounce, just because of the fact that as much as 10,000 jasmine flowers and 336 roses are required to create just a single ounce. 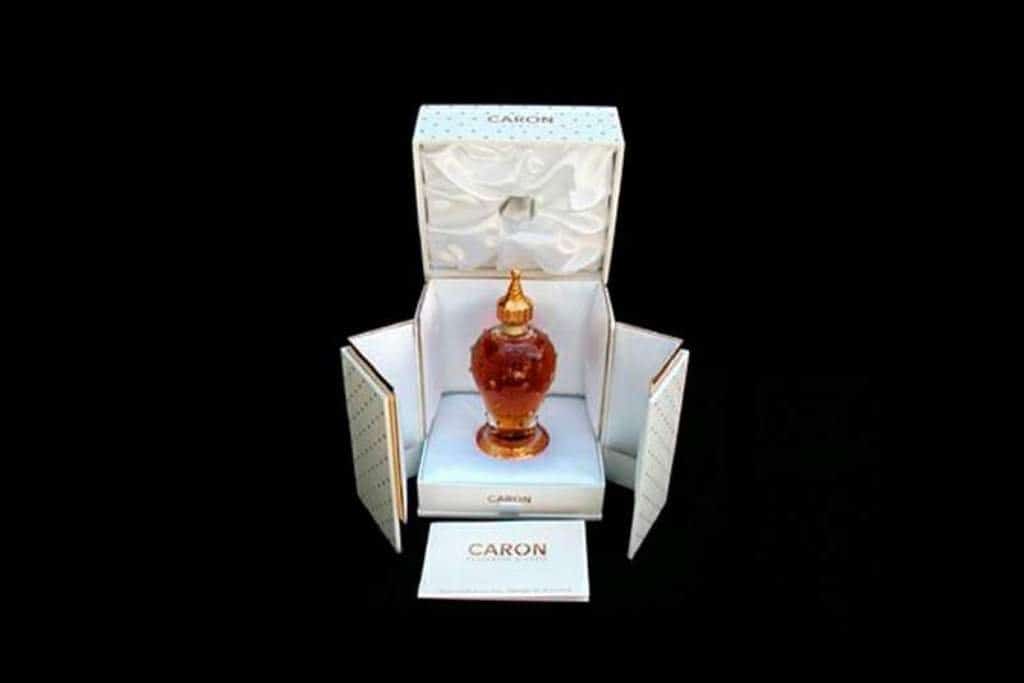 Created by one of the most prestigious companies in the world – Parfums Caron and released in 1954, the Caron Poivre perfume is described as being unisex and smelling of clove, spices and having quite the fiery scent. It costs as much as $1,000 per ounce. 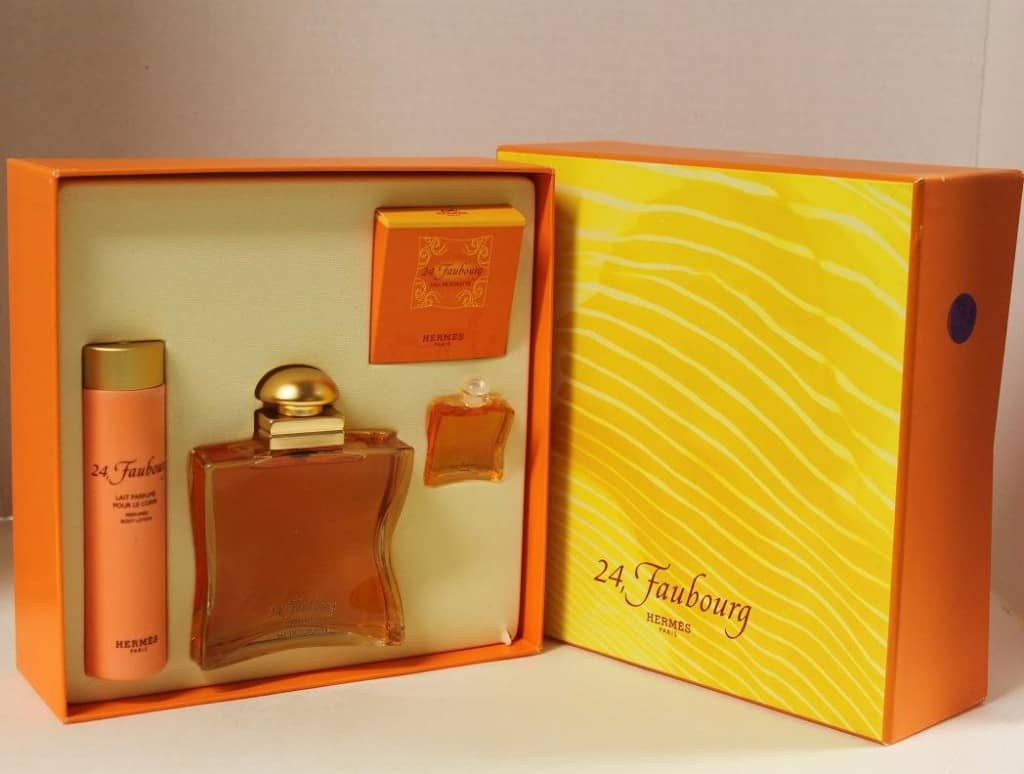 A limited edition fragrance, launched back in 1995, the Hermès 24 Faubourg perfume is particularly rare as only 1,000 bottles of it were ever created. It currently holds a price point of as much as $1,500 per ounce. 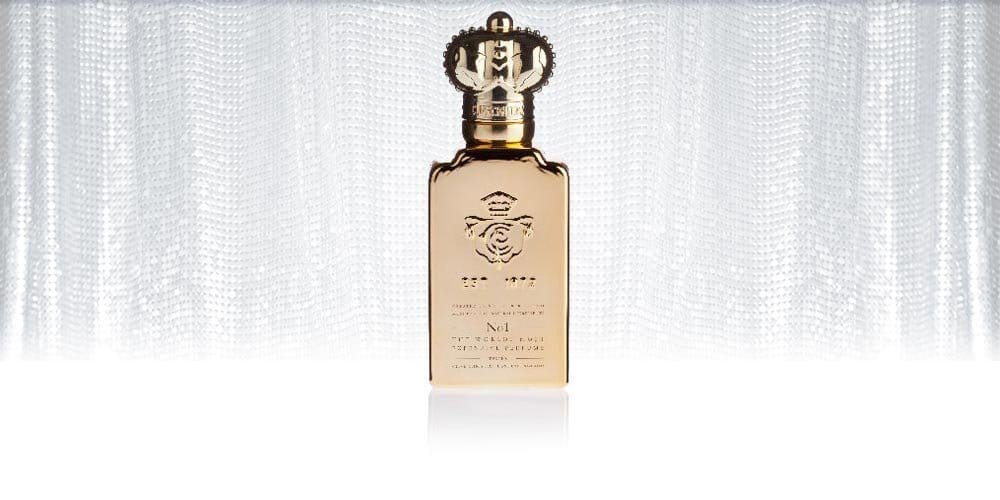 Coming in a bottle that is created from a lead crystal and adorned with a 1/3 carat diamond on the neck, the Clive Christian No. 1 perfume was considered the world’s most expensive perfume from 2001 to 2006 with a price of $2,150 per ounce. 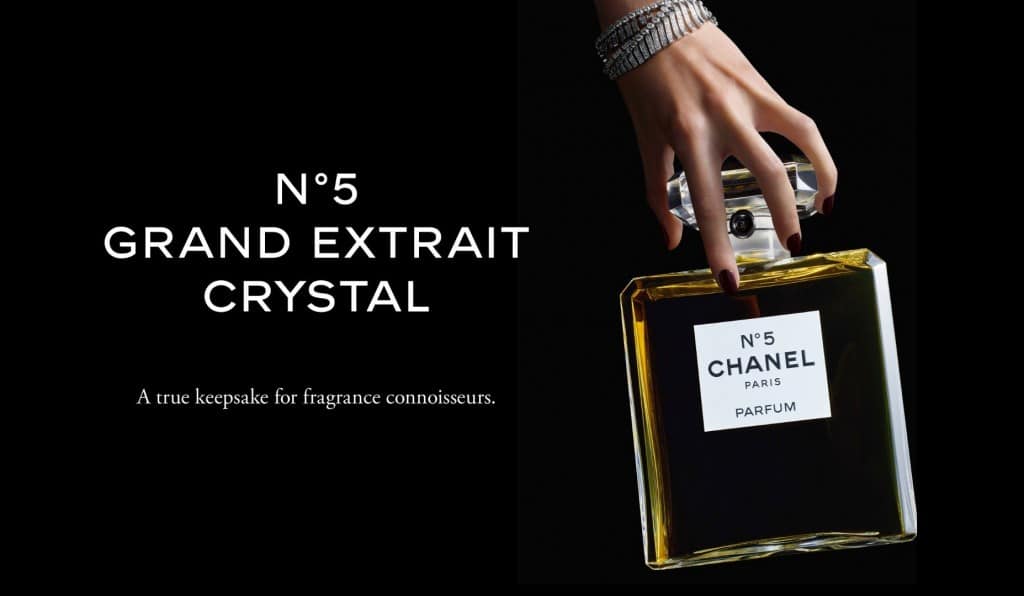 While Chanel No. 5 is the most iconic flavor of Coco Chanel, the Chanel Grand Extrait is the most expensive one, being marketed as a limited edition perfume having the rarest, purest Original No. 5 fragrance, thus its $4,200 per ounce price tag. 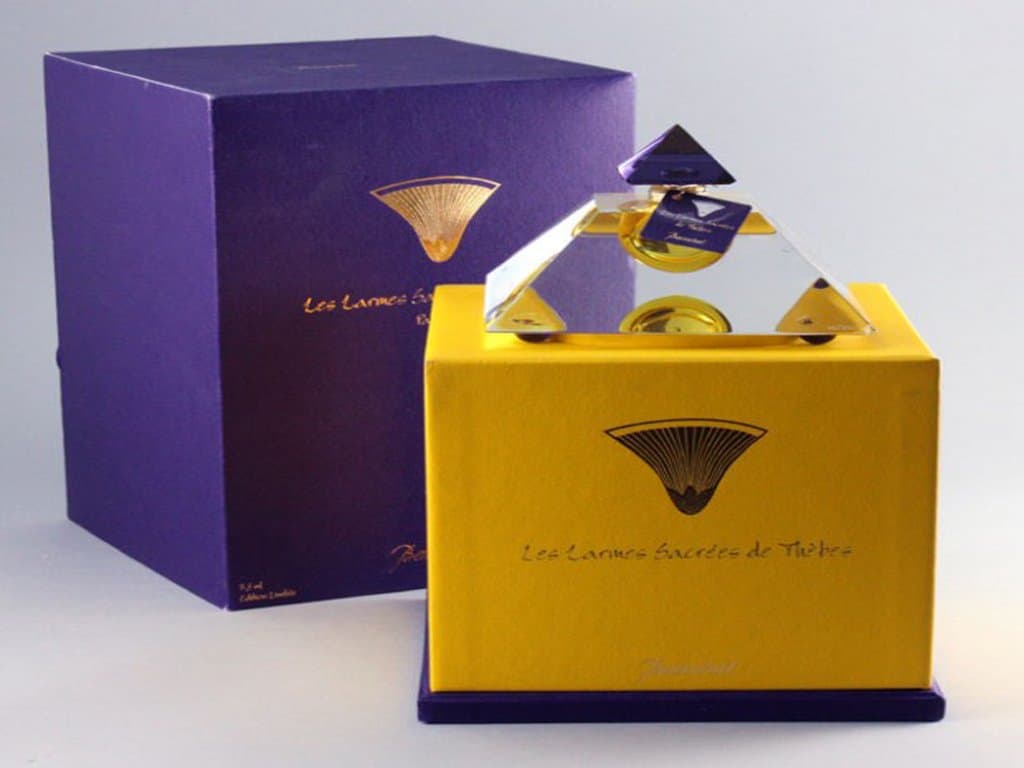 Expensive both for its fragrance and the bottle it comes in, Baccarat Les Larmes Sacrees de Thebe is one of the most expensive perfumes in the world coming at $6,800 per ounce. 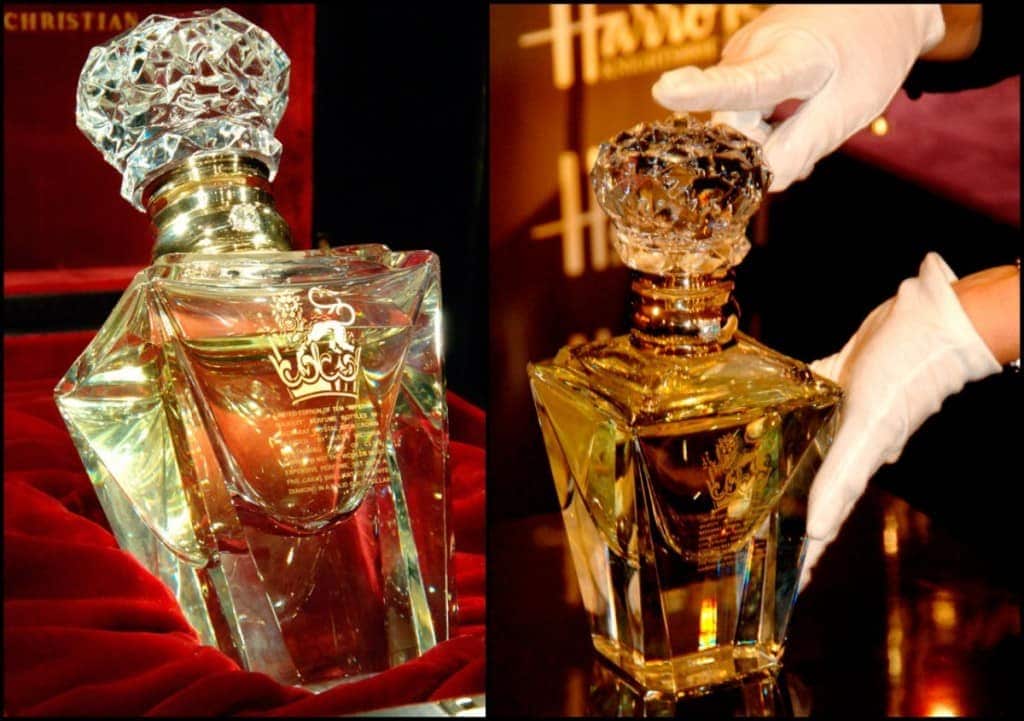 Holding the Guinness Book of World Records title as the most expensive perfume in the world and having only a 10-bottle run, the super-rare limited edition perfume Clive Christian No. 1 Imperial Majesty Perfume comes in an extremely fancy bottle with a price tag of $215,000 containing just 16.9 ounces, making the price of the perfume as much as $12,721.89 per ounce. 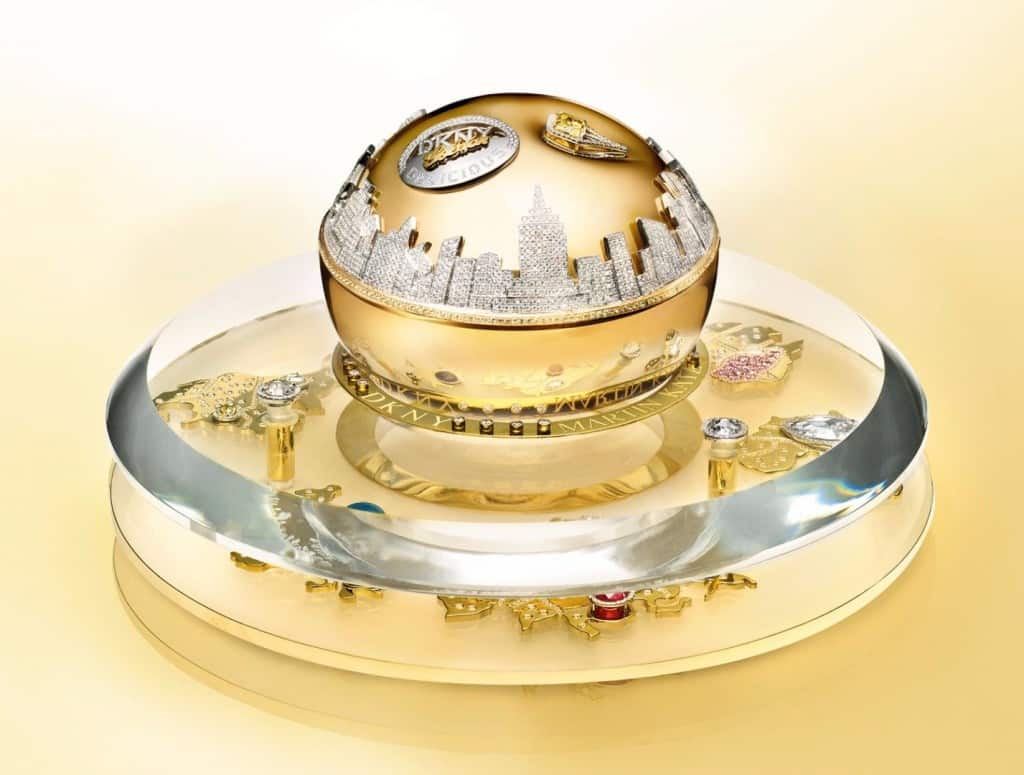 Unveiled in 2011 by DKNY and coming in a golden-apple-shaped bottle, this perfume costs as much as $1 million, because of the 14-karat yellow and white gold and the 183 yellow sapphires, 2,700 white diamonds and the 1.6-carat turquoise Paraiba tourmaline among other jewels used in order for the bottle to be created.