For those unfamiliar with the term ‘globster’ this is basically a sea carcass that has washed upon shore. The water makes the dead body puff up into a glob, which many people believe to be a sea monster or undiscovered species before the scientists can come in and actually make a call on the species. Some of these have remain unidentified, though, which is rather odd. Here are of the most infamous sea carcasses people once thought were monsters. We’re not quite sure some of them weren’t. 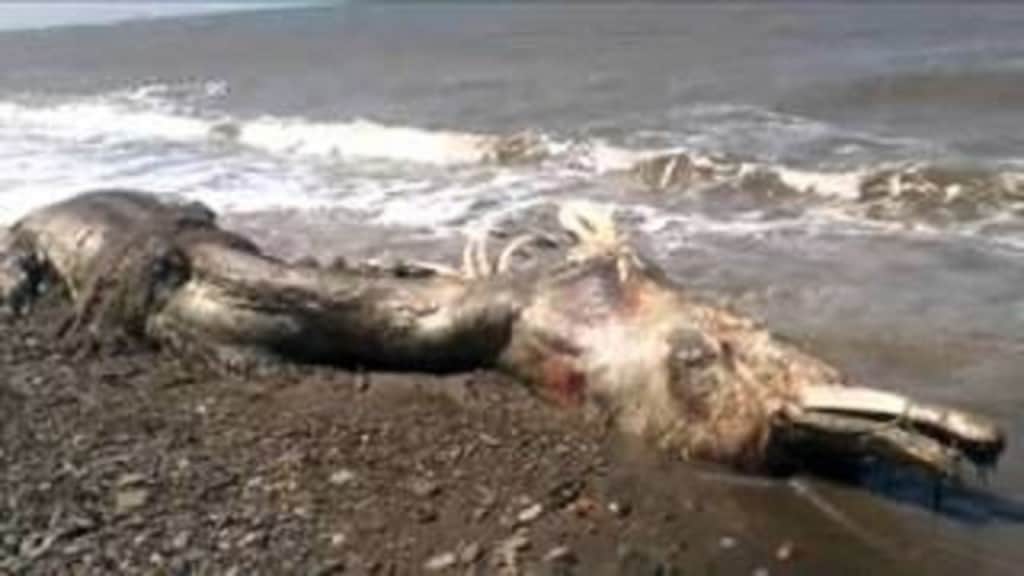 Discovered in 1960, the Tasmanian Sea Monster washed ashore in Tasmania. The dead creature had no bone structure, which made scientists believe it were a new species of mammal. The creature had no eyes, only a visible mouth, and was covered in weird white hair. It was over 20 feet in length. After analysis, it turned out to just be the carcass of a whale. 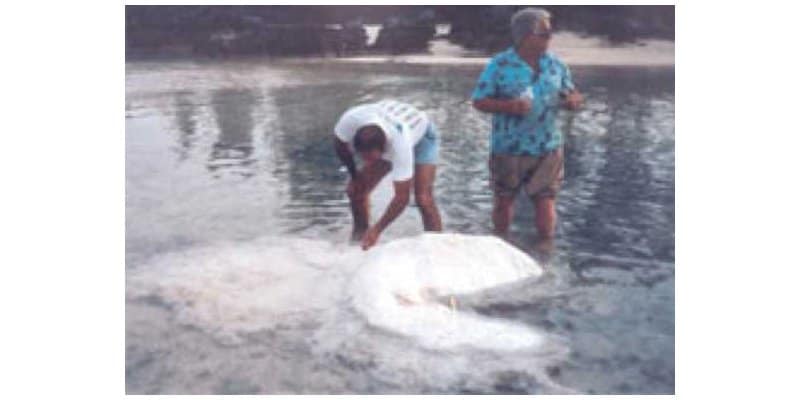 The Bermuda Blob washed ashore back in 1988, when a fisherman by the name of Ted Tucker came across the blob floating just off the shore. The organism was reported to be completely white, with five limbs easily spotted. Advanced genetics determined that it was the remains of a whale. 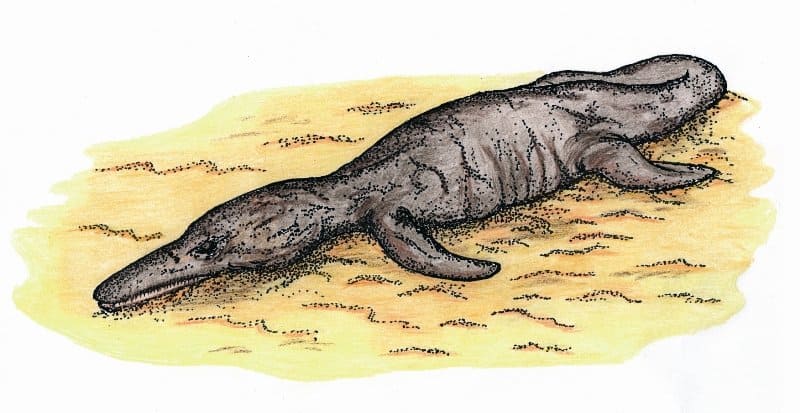 While exploring Bungalow Beach, Gambia, a young boy discovered a bizarre sea carcass of a mysterious creature. The boy sketched the carcass, which could only be likened to a long lost dinosaur. The blob was fifteen feet in length, and bore similarities to a dolphin or small whale. They called it Gambo. 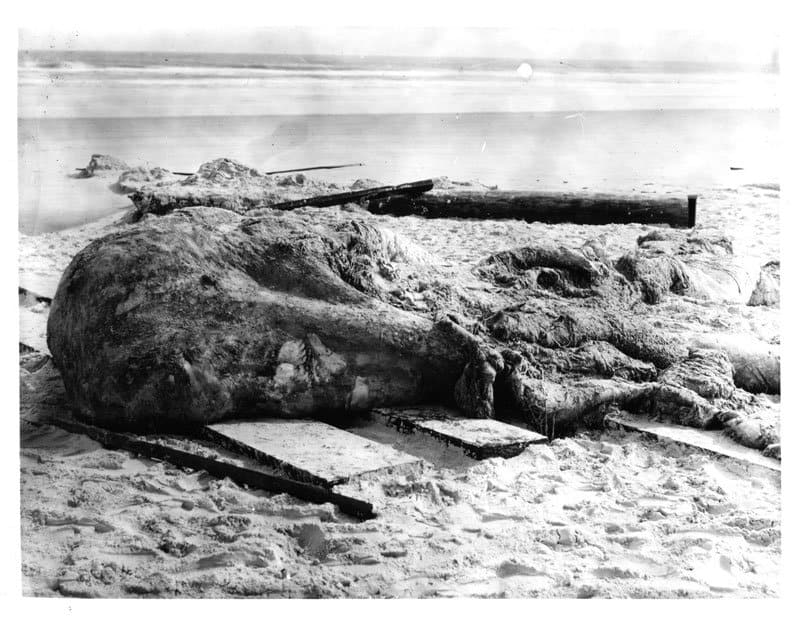 In one of the earliest known globster discoveries, the St. Augustine Monster caused a frenzy when it was first found. The creature was thought to be some new species, as it had dull pink skin and seven tentacles longer than its body. The remains were actually of a whale. 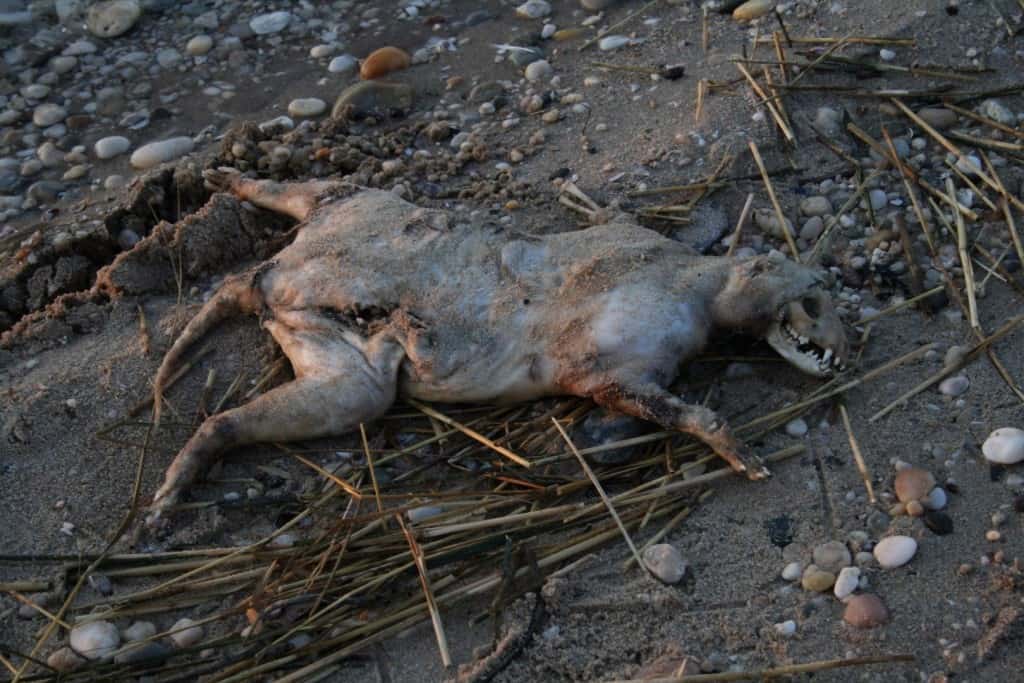 The Montauk Monster is incredibly bizarre. The creature washed up on the shores in New York in 2008, with the head of a bird, teeth on its lower jaw, and the body of a dog. The creature was completely hairless, too. Today, some believe it to have been a diseased raccoon. 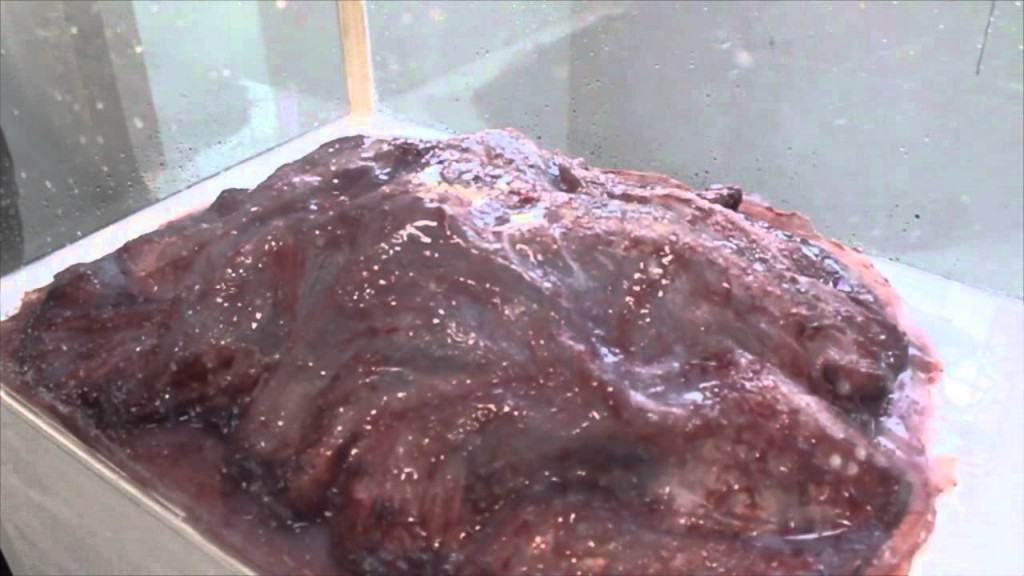 The Newfoundland Blob isn’t quite as mysterious as other mentions on this list, but it was certainly disgusting enough. The empty shell of blubber, fat, and skin washed ashore from a whale that had died years prior. The slimy remains were floating in the ocean for a long time before washing ashore. 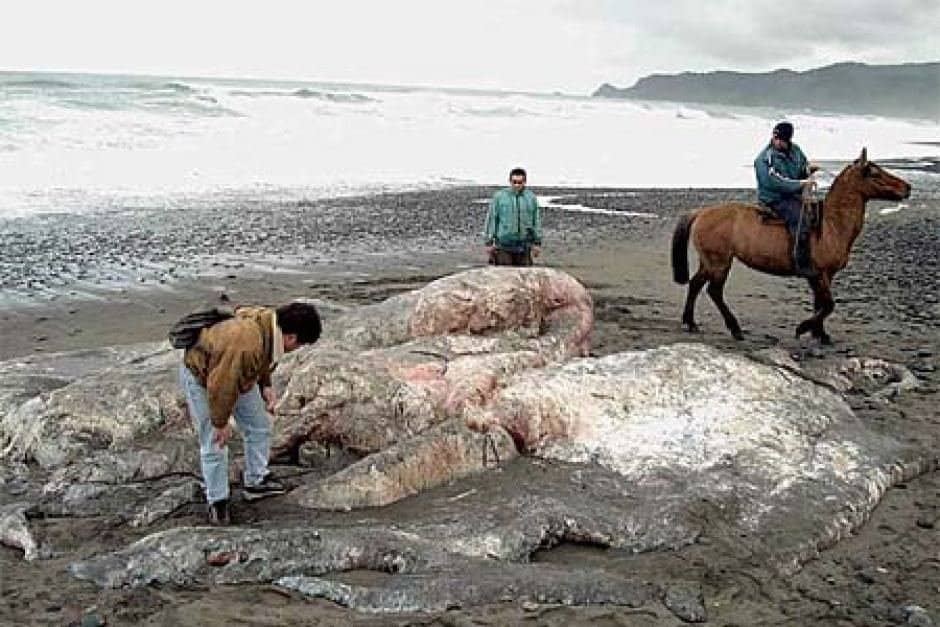 The Chilean Blob was known for many reasons, mostly because of the massive size when discovered. The odd creature was said to be over twelve meters across and weighed nearly 13 tons, impressively enough. Eleven months after appearing on Pinuno Beach in 2013, the blob was determined to be a large mass from a dead sperm whale. 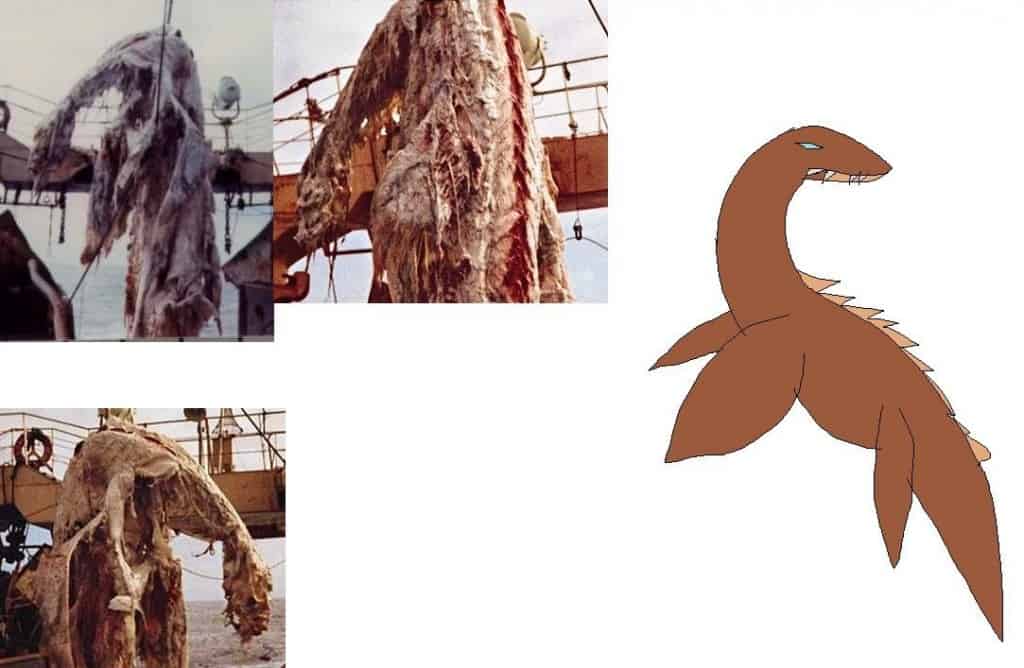 The Zuiyo-maru Carcass was originally found by a Japanese fishing crew. The decomposing blob of a corpse was found floating in the ocean, and the crew thought it to be a prehistoric plesiosaur, which has long been extinct. What it actually is, however, remains a mystery. 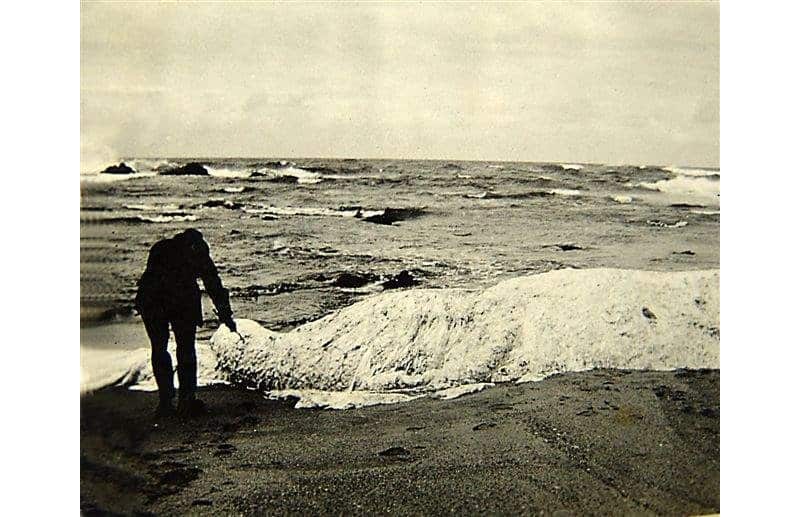 Trunko washed ashore in 1924 along the beaches in South Africa. The creature was named due to the long, elephant-like trunk spouting from its body. The first photo of the creature revealed a man poking it with a stick. The body was devoid of any blood and had no bones or face. 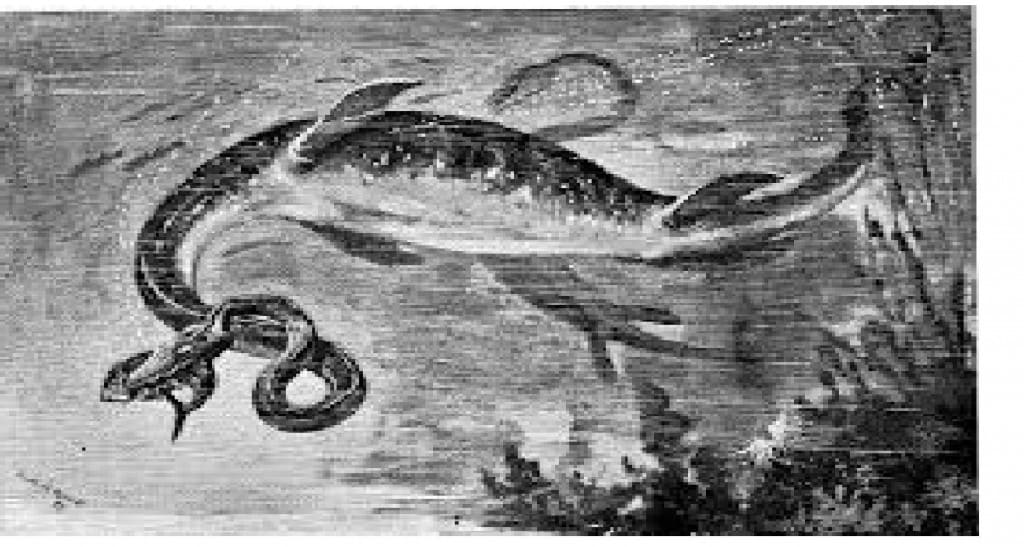 Following a horrible storm along the island of Stronsay back in 1808, a large serpent-like creature ended up washing shore. Nearly 200 years later, biologists still have no idea what the globster was. They named it the Stronsay Beast, though. Early records claim it was fifty-five feet long, and could have been larger, but the body had begun to decompose.