There are a million dumb ways to die, but it only takes one to get you. People get injured due to freak accidents all the time, but sometimes, they display an absolute disregard to basic safety and common sense. Watching these people behave stupidly can be quite funny, but it is all fun and games until someone gets hurt. They next time you decide to mess around with basic safety rules, think of the 10 people featured on this safety fail list: 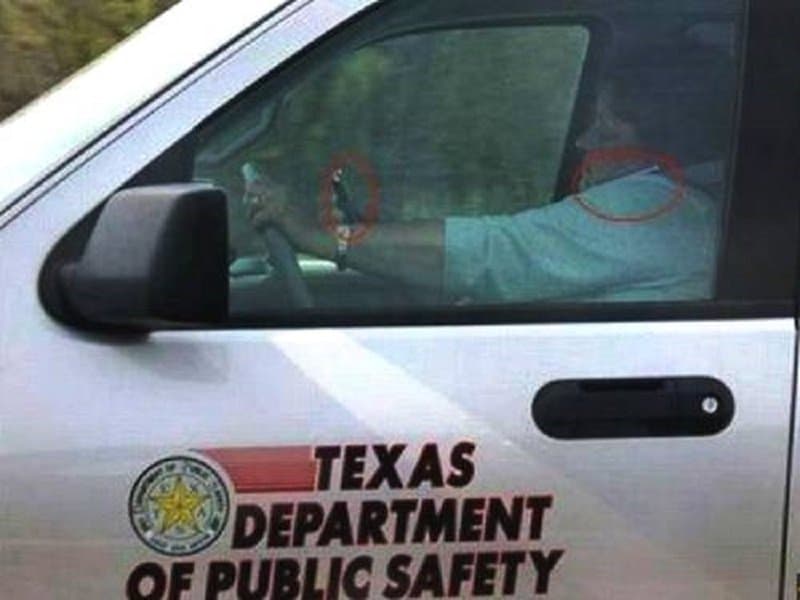 This department official proves exactly why bureaucracy fails on so many levels. 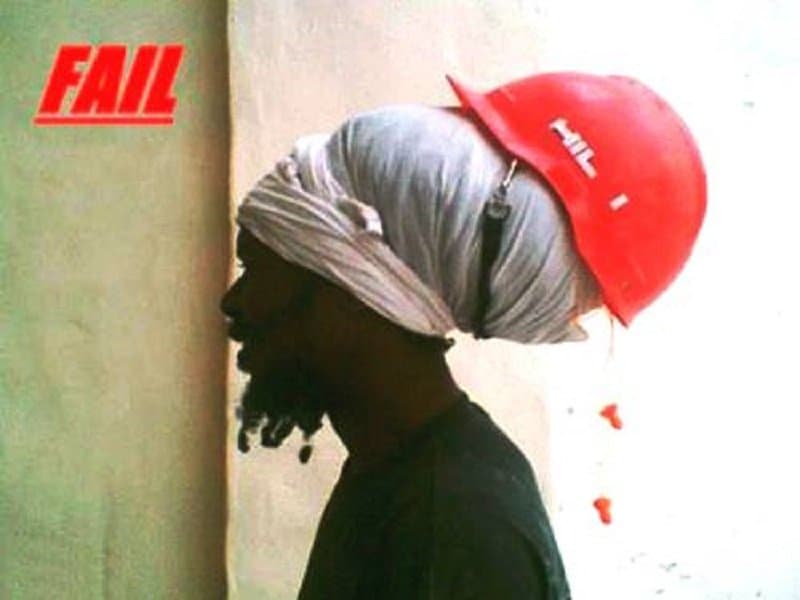 I always thought that you wore a hard hat to protect your head and not your hair. 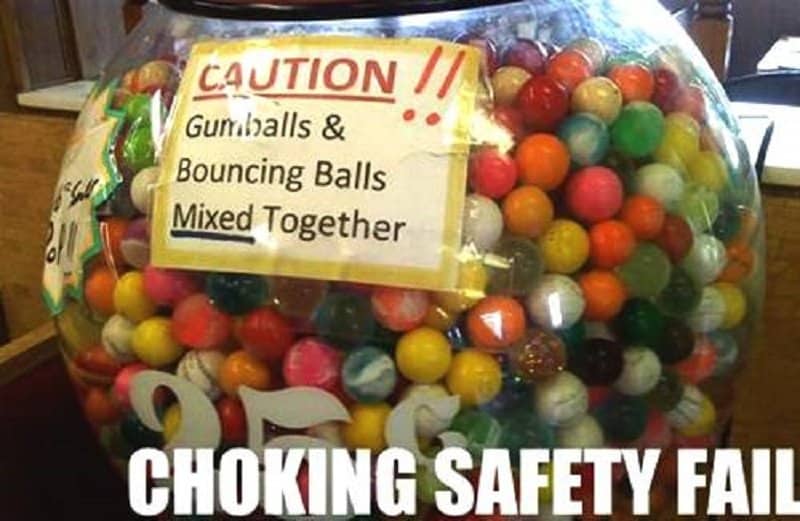 Some genius decided to mix gum balls and bouncing balls together. The only way to find out is by choking on one of the two I suppose. 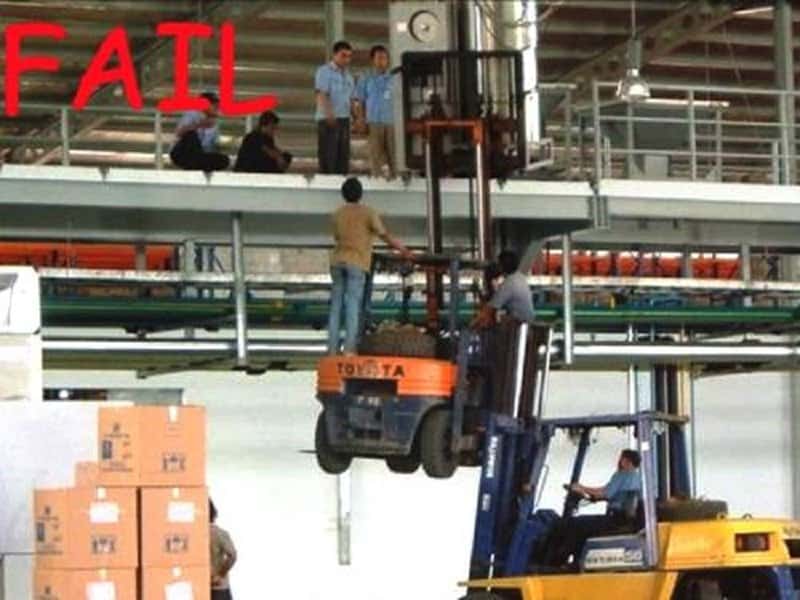 The guys involved in this genius idea must have been awfully proud of themselves for putting this plan together. 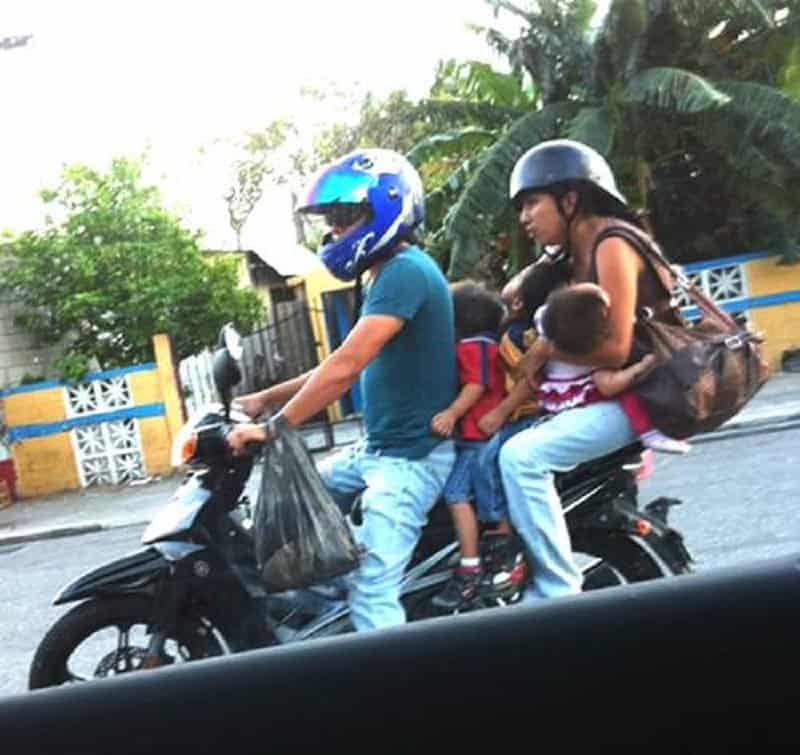 It is never a great idea to be on a moped when you are carrying children like they were oranges. 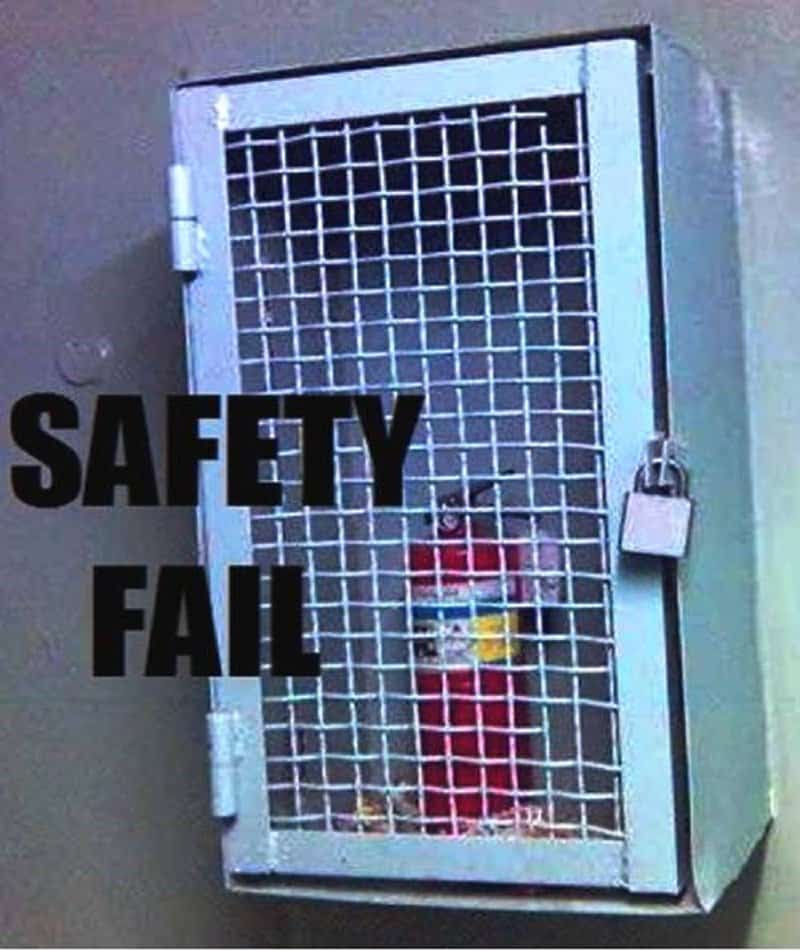 Someone is more afraid of having the fire extinguisher stolen than they are of an actual fire breaking out. 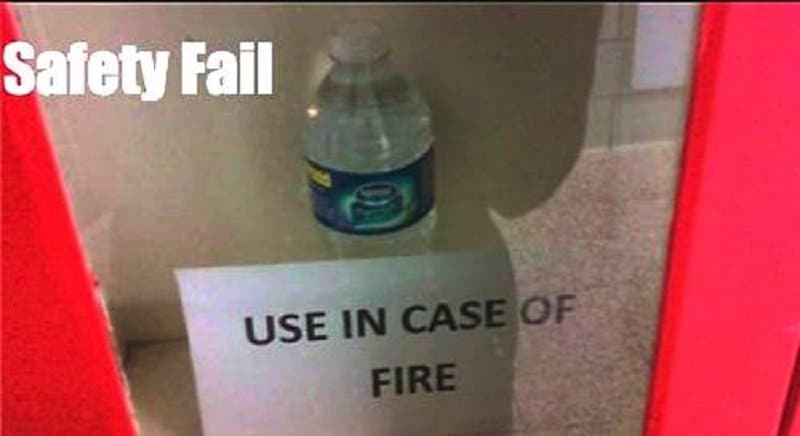 Who needs a fire extinguisher when you have a small bottle of water handy! 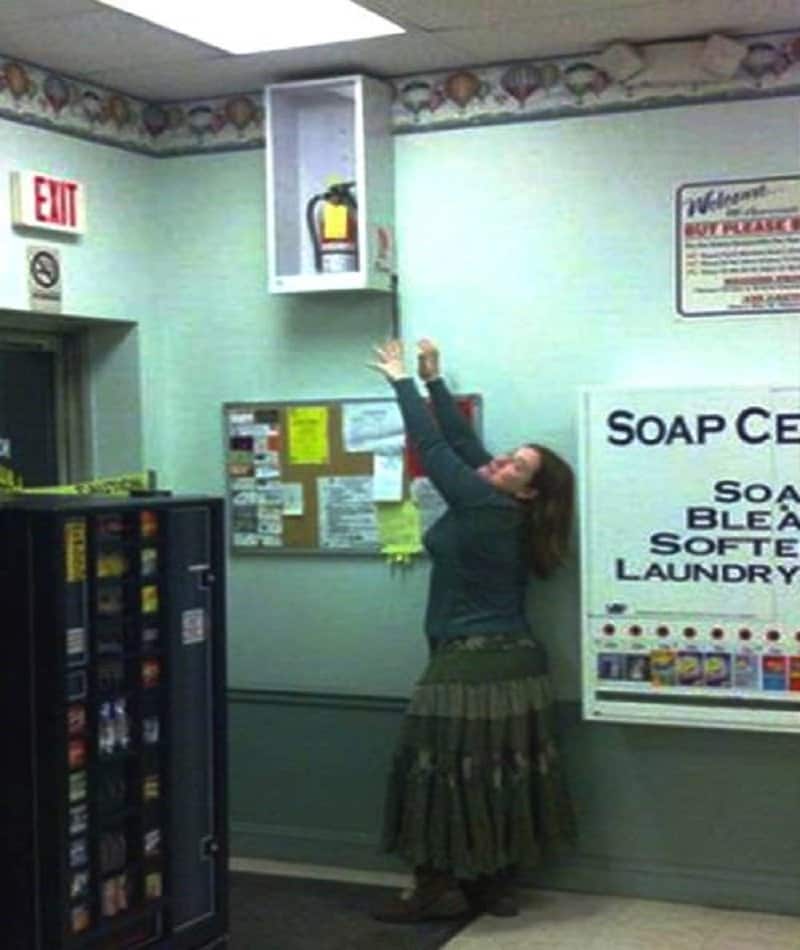 To ensure that the fire extinguishers aren’t used by any normal folk, this office decided to make it accessible only to giants. 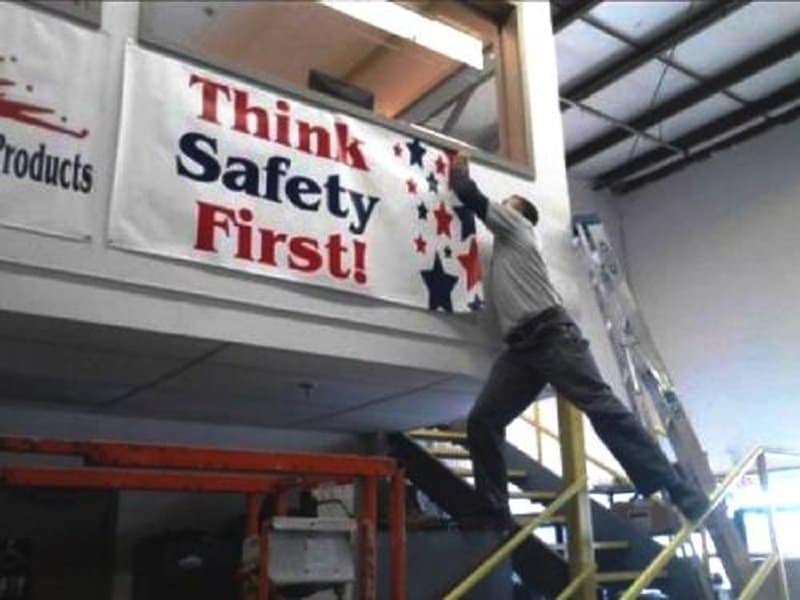 You don’t really need to think about safety as long as you are capable of doing some basic thinking. 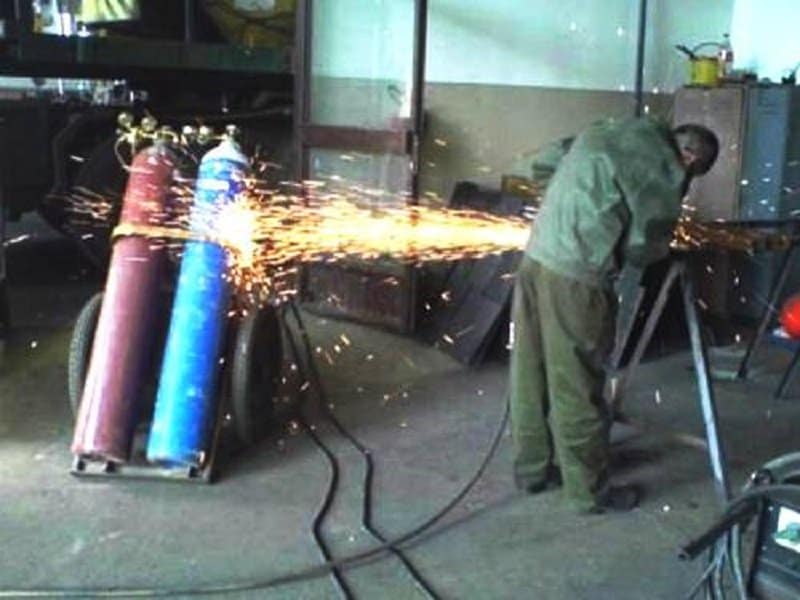 How many seconds do you think this person continued welding before his face was blown away?