Claudio Piccoli has taken it upon himself to photograph some of the most interesting animal photos that we have seen in a while. As dogs are playing catch with their owners – at a competitive level – Claudio snaps some amazing shots with cat like reflexes. This results in the canines looking weird, wacky or just plain awesome as they strike their poses to catch the Frisbee. These lovable pooches certainly show their athletic side in these ten awesome pics of crazy dogs. 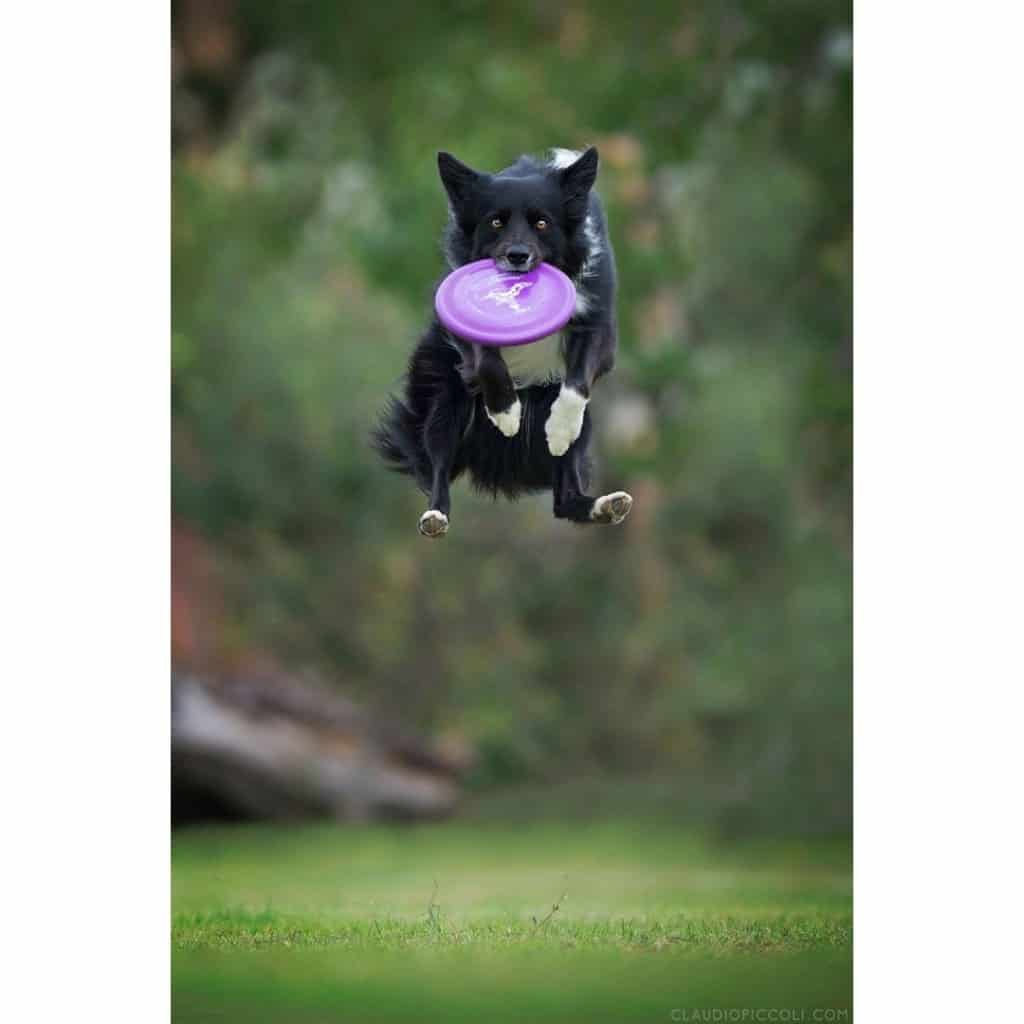 This serious dog doesn’t take his Frisbee catching duties lightly. From the seriousness in his eyes we can see he’s doing his very best for his owner. We know if any flying discs need to be caught, he would be the first on the call list. 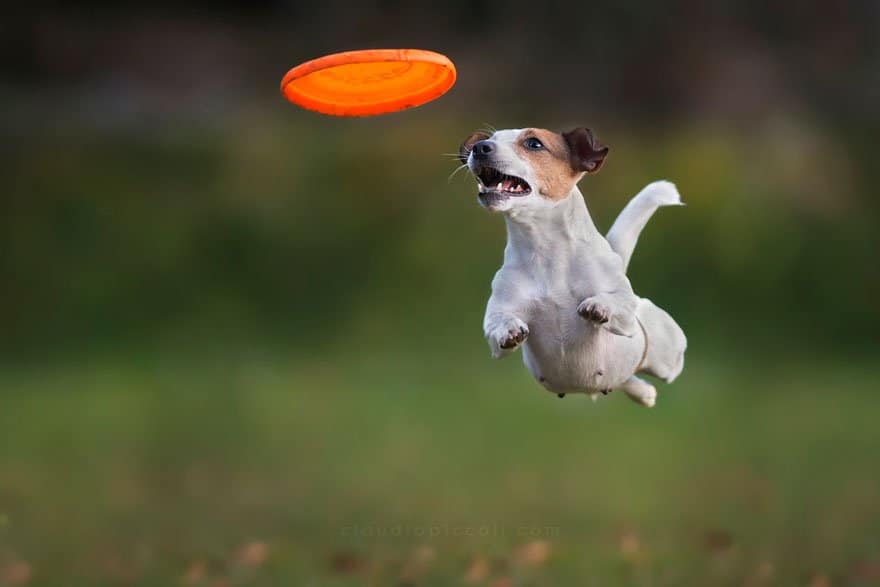 This flying canine would be perfect to play the role of Superdog in “Superdog vs. Frisbee”. 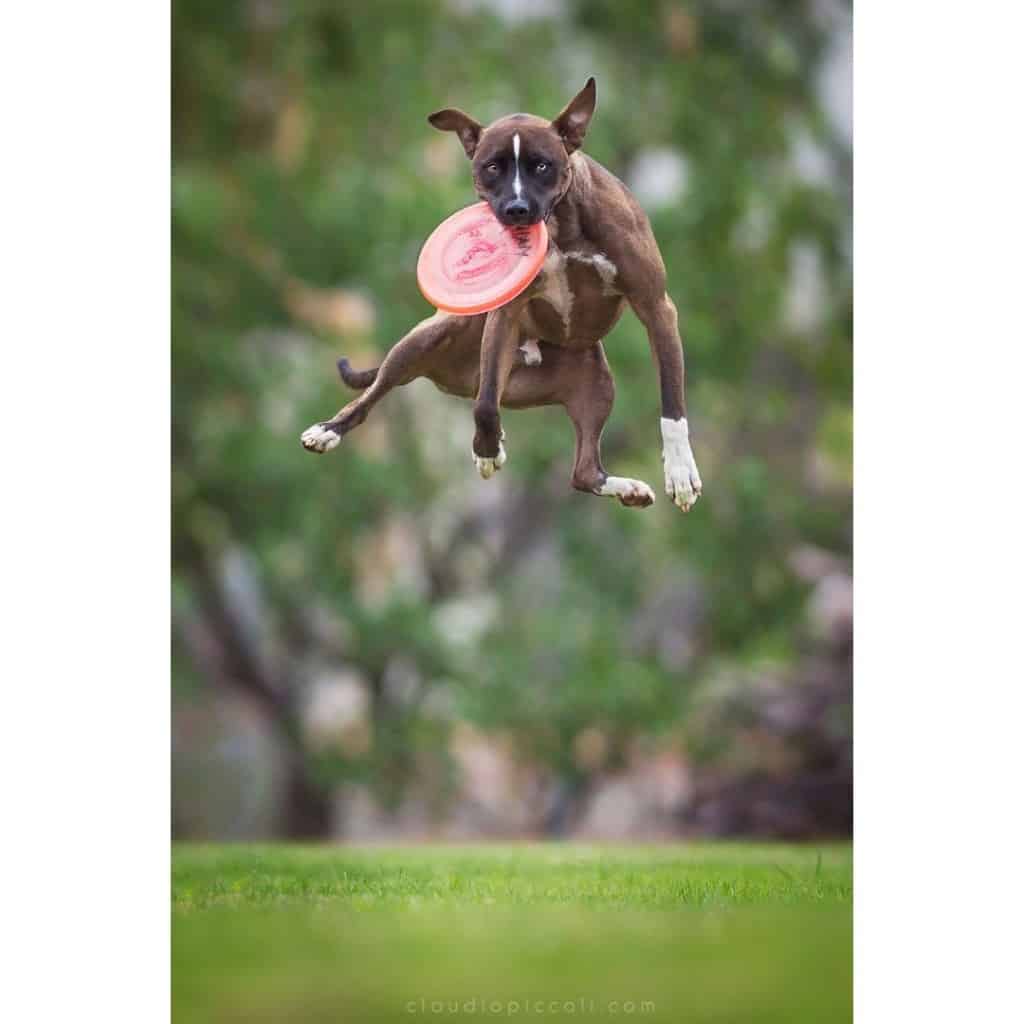 This leaping dog looks just like a kangaroo flying through the air. Although most kangaroos probably don’t really care about catching discs, this one seems to be having a ball. 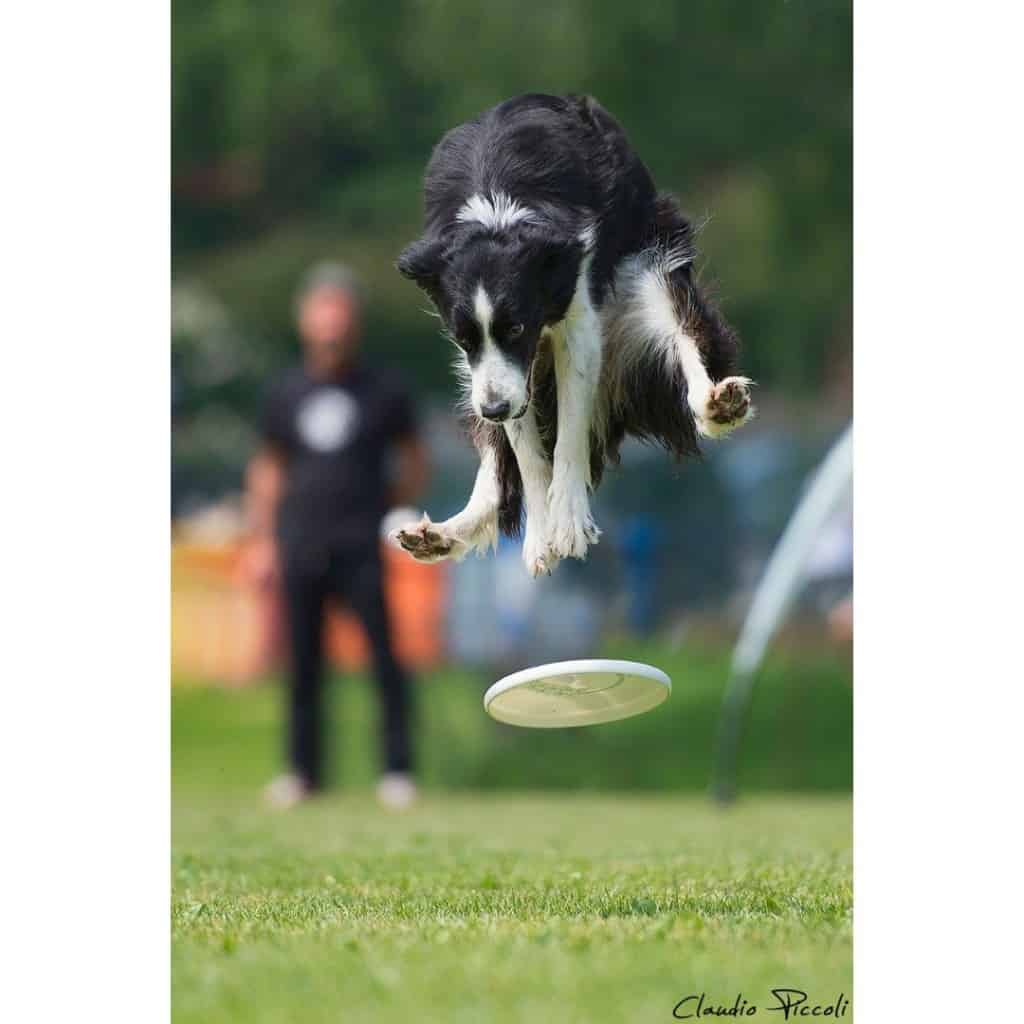 Although this fellow does seem to be enjoying himself, we are all wondering if he’s playing the same game as the rest of his friends. 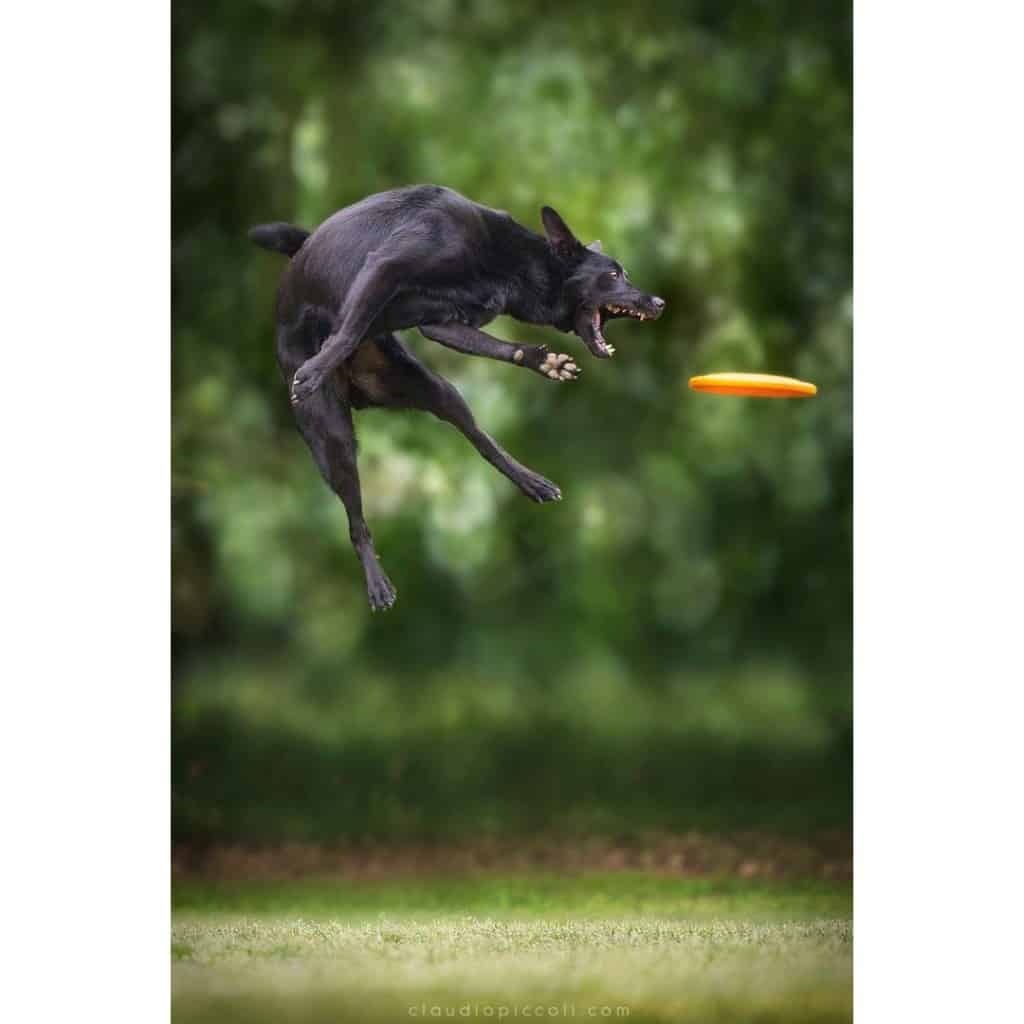 Whats that doing over there? Better get it into my mouth before anyone notices! 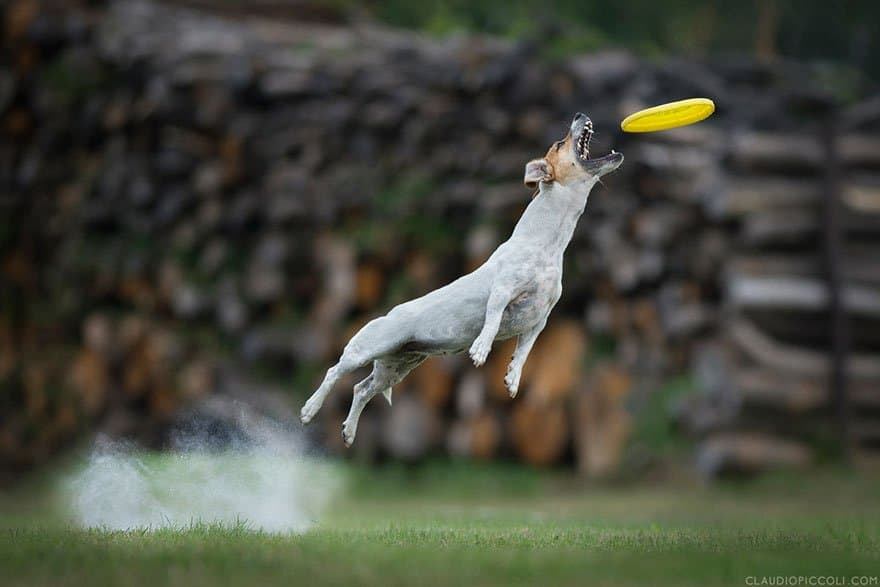 Nothing says “fun game for all” like a little Jack Russell launching himself into the air like a stumpy Michael Jordan. The dust makes it look like hes taking off and heading for outer space. 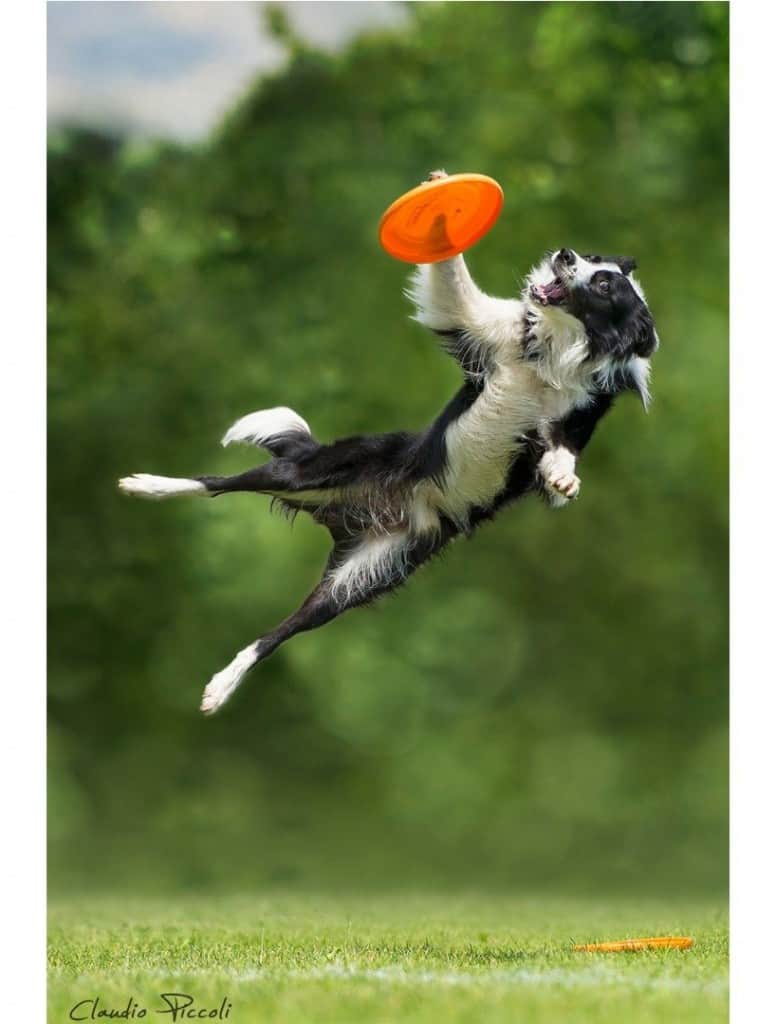 It looks as if this high flying pup is trying to be a pal and bring the Frisbee down with a helpful paw. 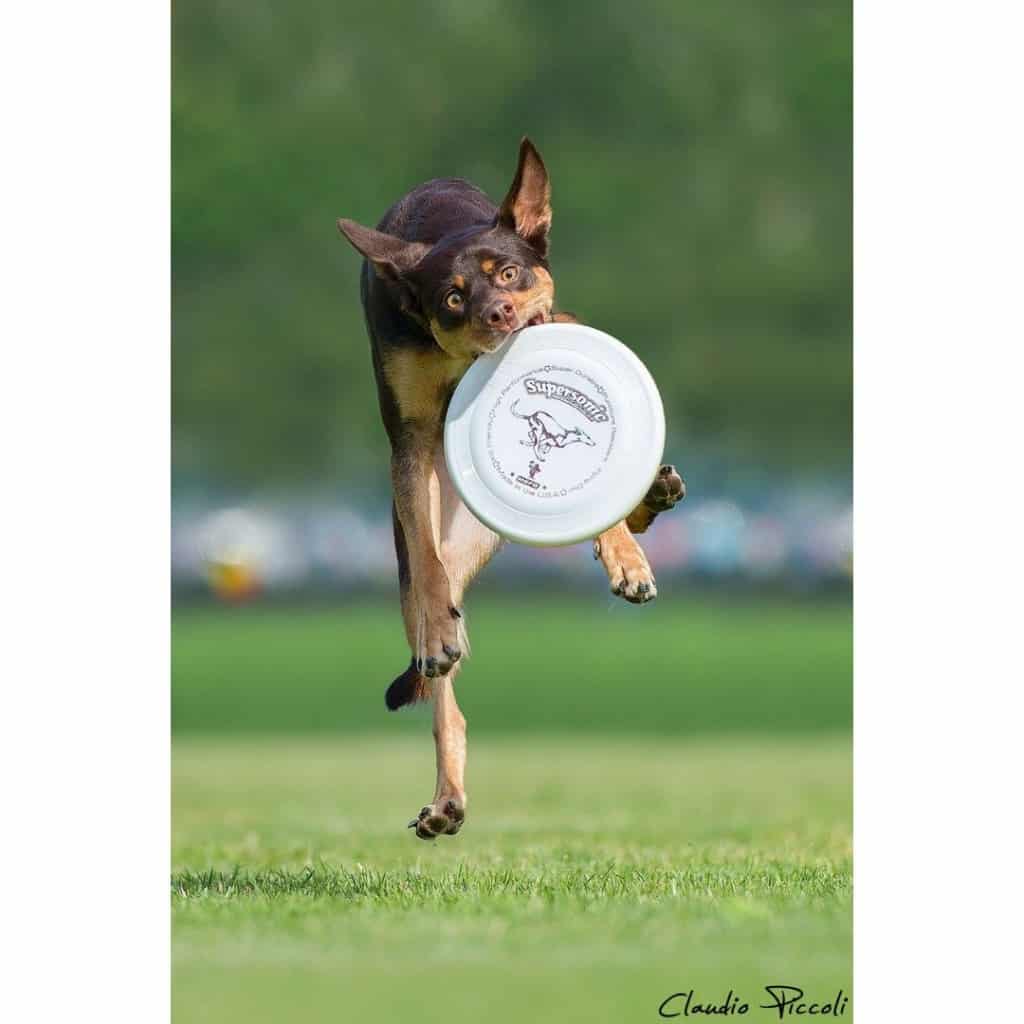 This frequent flyer was obviously expecting a little bit more from the Frisbee. It seems he overshot the mark and had to reach low on the way up in order to make this a successful catch. 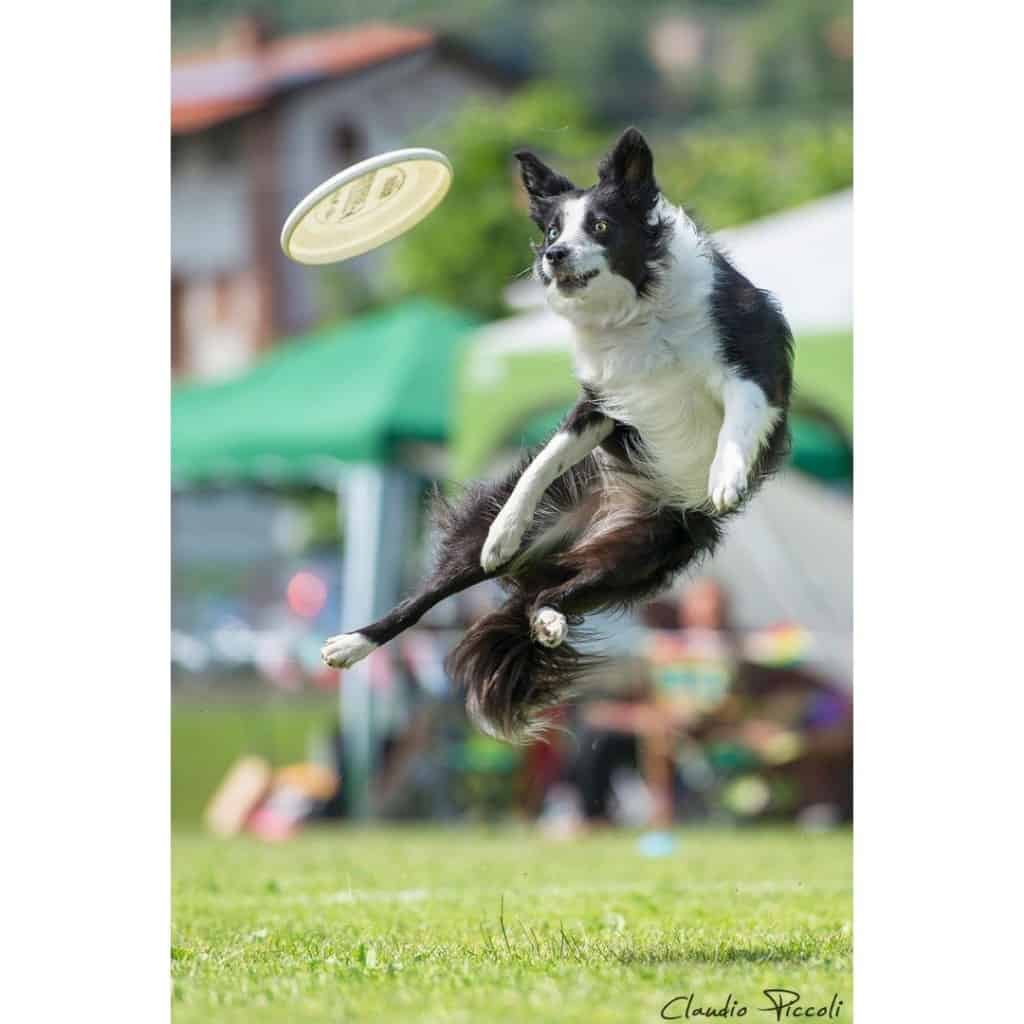 This pup may not be the most athletic or the most successful on this list, but he sure is the best looking of the bunch with the mismatched eyes. We can just imagine the wink as he leaps into the air. 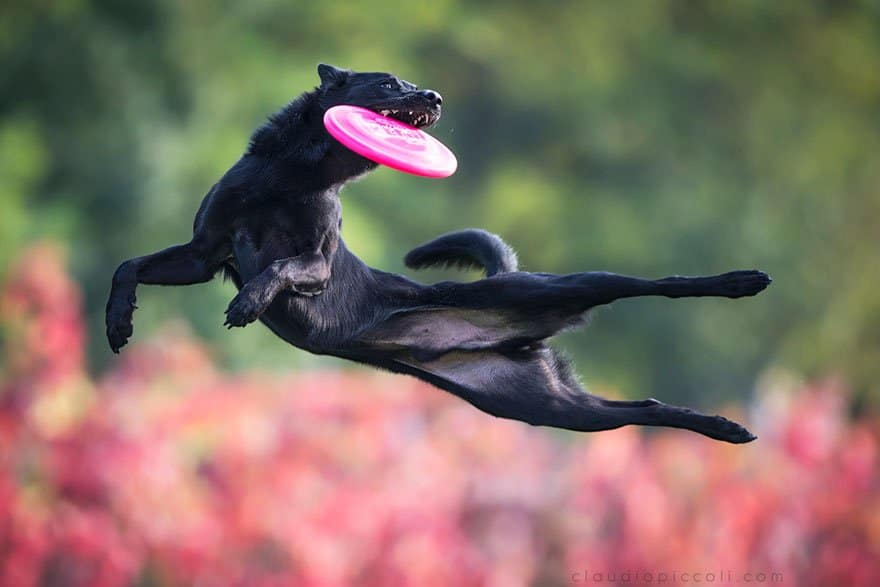 Nothing quite shows the dedication to a trade as much as this dog. She is willing to do whatever it takes to make sure her owner is impressed.