The best part about popular culture is its ability to reach a multitude of people around the world and enrich their lives in various ways. Films, literature, art, music and television have become such popular mediums now that it is impossible to find someone who isn’t keenly following at least one of these mediums. A lot of these great works of art, and even the best characters from these mediums end up becoming extremely important to some people. Here is a list of people that have been so inspired by their favorite pop-culture icons that they decided to pay a tribute by using their own bodies as a canvas.

Only Fools And Horses 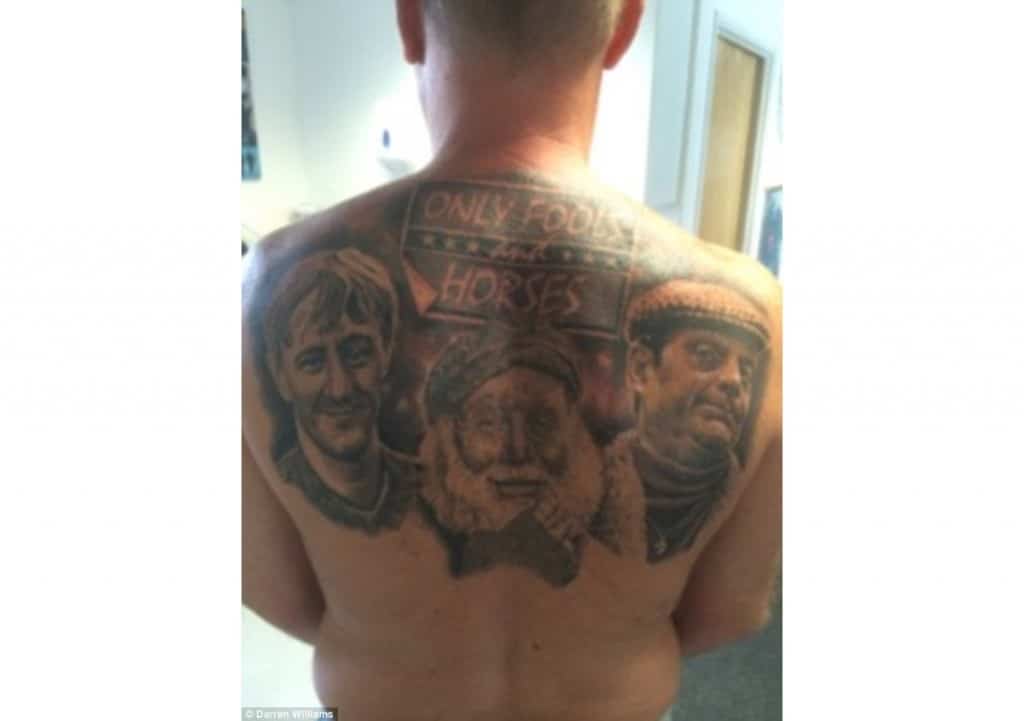 You might think that the classic British sit-com ‘Only Fools And Horses’ has faded from public memory, but it will forever live on, on the back of this person. 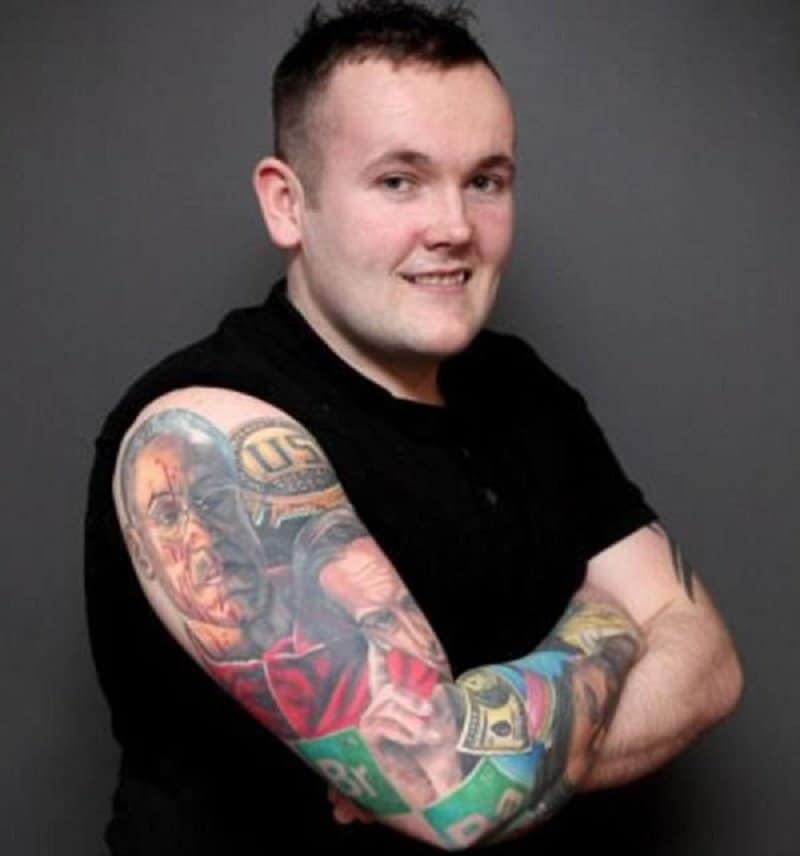 Anyone who has seen the hit AMC show ‘Breaking Bad’ knows how intense it can get. This person decided to get a tattoo that would do justice to the show’s dynamic nature. 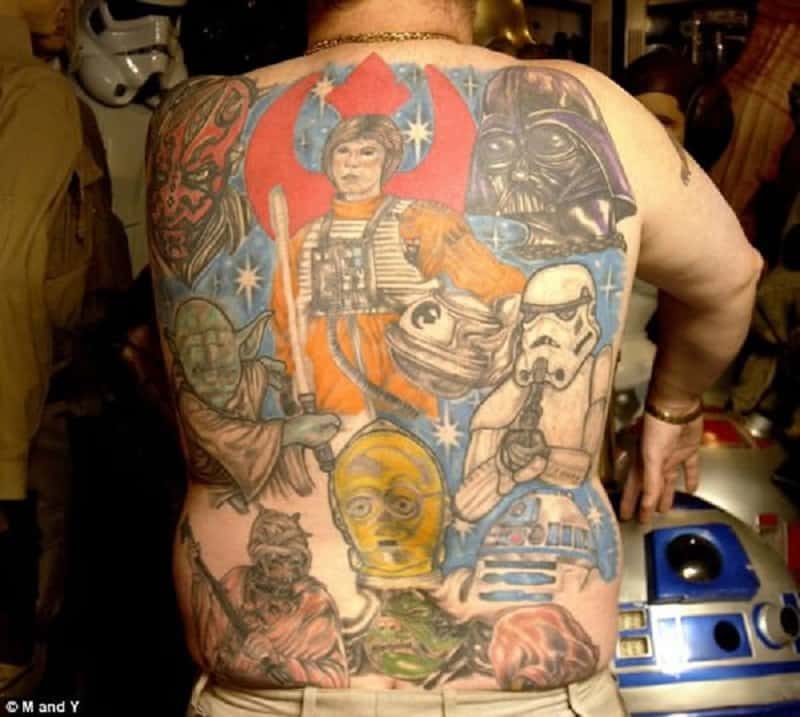 Every ‘Star Wars’ fan has contemplated getting a full-blown back tattoo paying tribute to the epic series. This person went all-out to show his appreciation for the epic franchise. 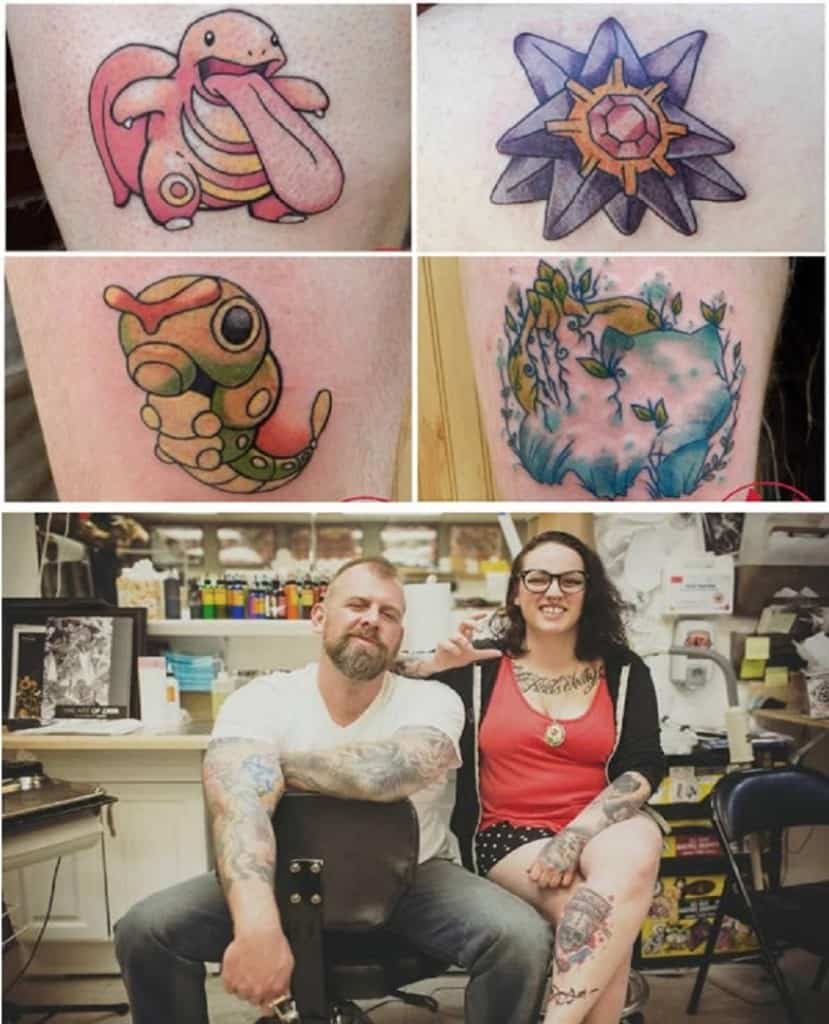 You might think that the ‘Pokemon’ series is not good enough to get a tattoo of on your body, but this lady has pretty much all the Pokemon etched in ink. 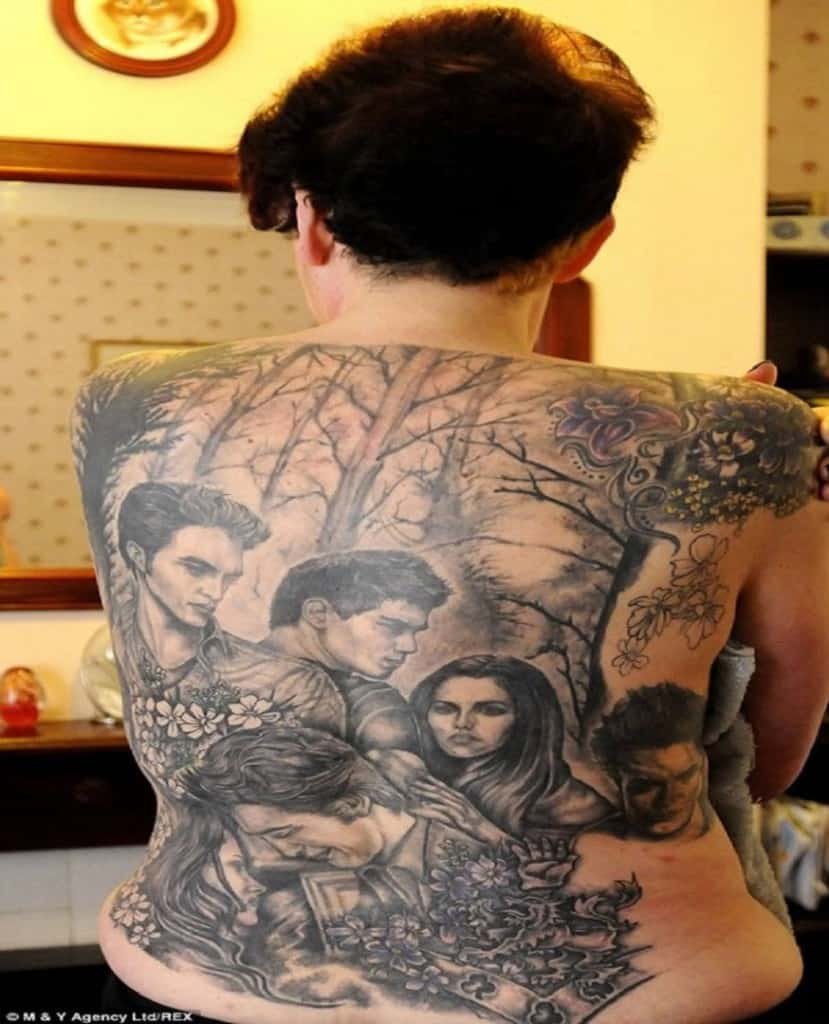 This has to be the most depressing tattoo of all-time, even if the tattoo itself is well made. I get that many people like the Twilight series, but this just seems like a waste of back space. 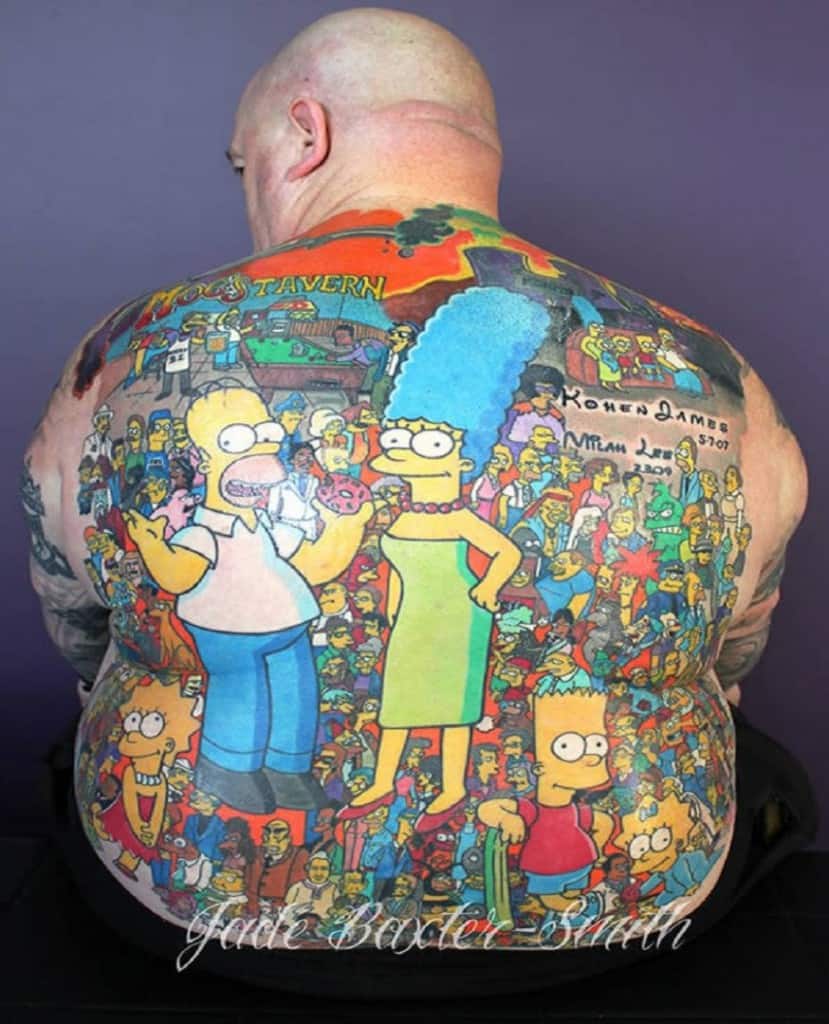 I wonder what will happen first? Will ‘The Simpsons’ actually go off the air before this person’s tattoo starts to fade? I sure hope not, and I bet this person wishes for the same.

Snow White And The Seven Dwarfs 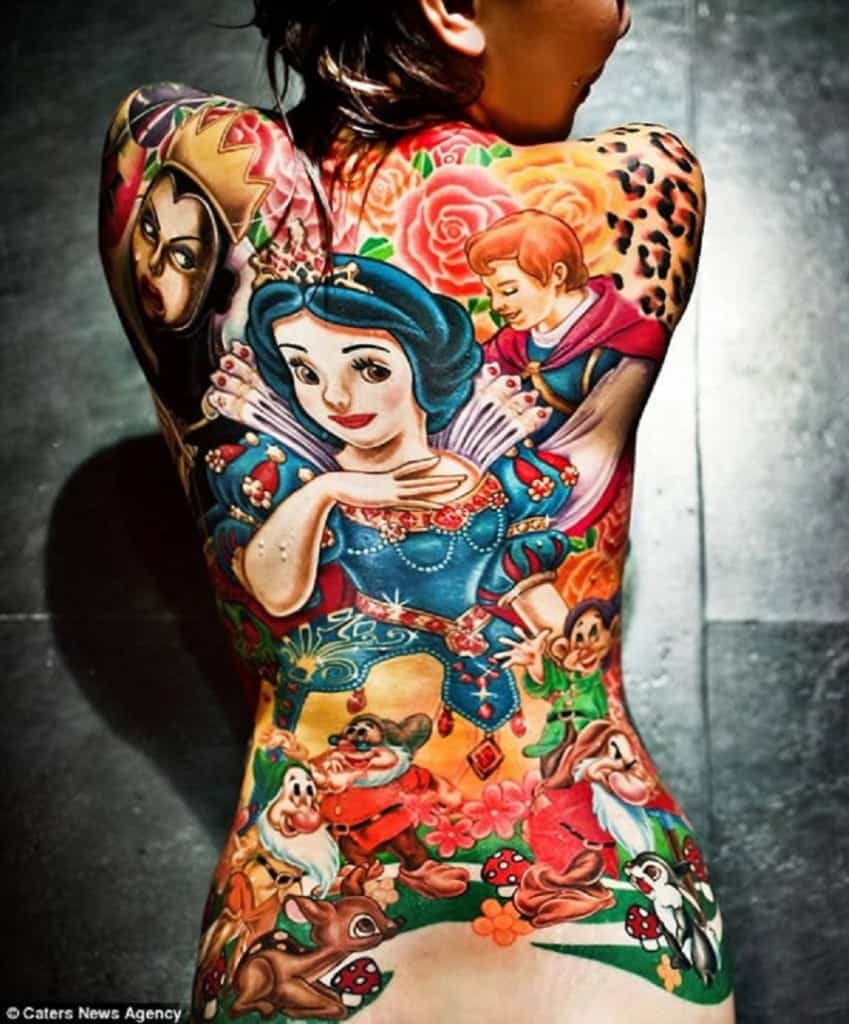 This is a beautiful tattoo that pays tribute to one of the oldest fairy tales ever told. The tattoo is almost better than the story itself. 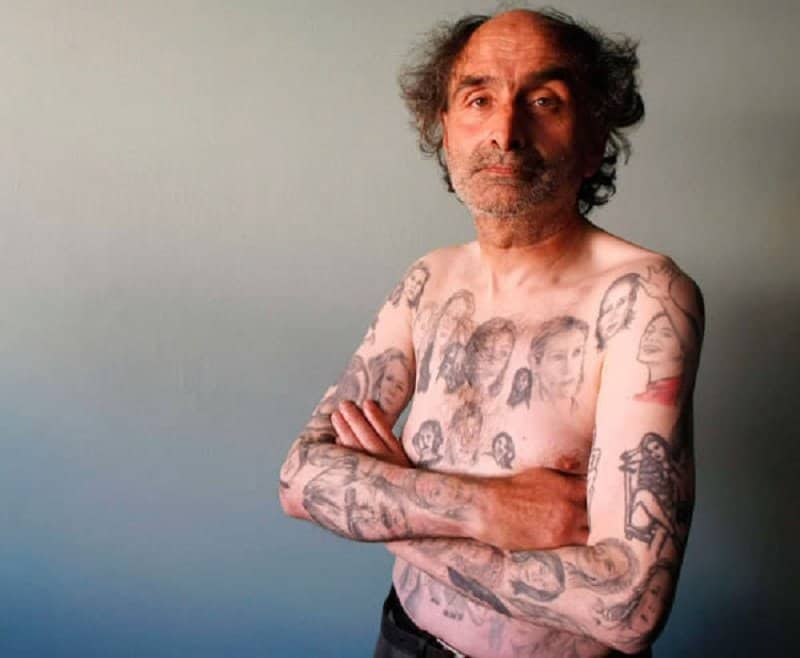 This person is what people might consider a ‘super fan’. He actually has 82 tattoos of Julia Robert’s famous character Erin Brockovitch. 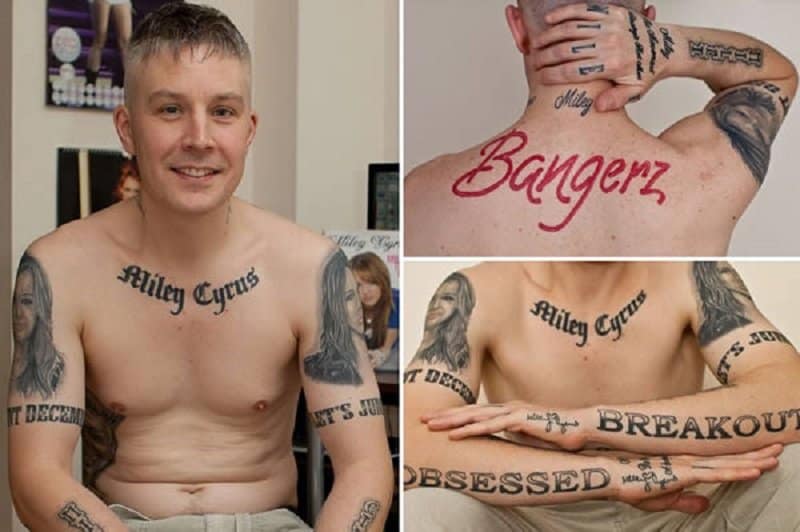 You might think that no man in the world must have a Miley Cyrus tattoo, but you would be wrong. 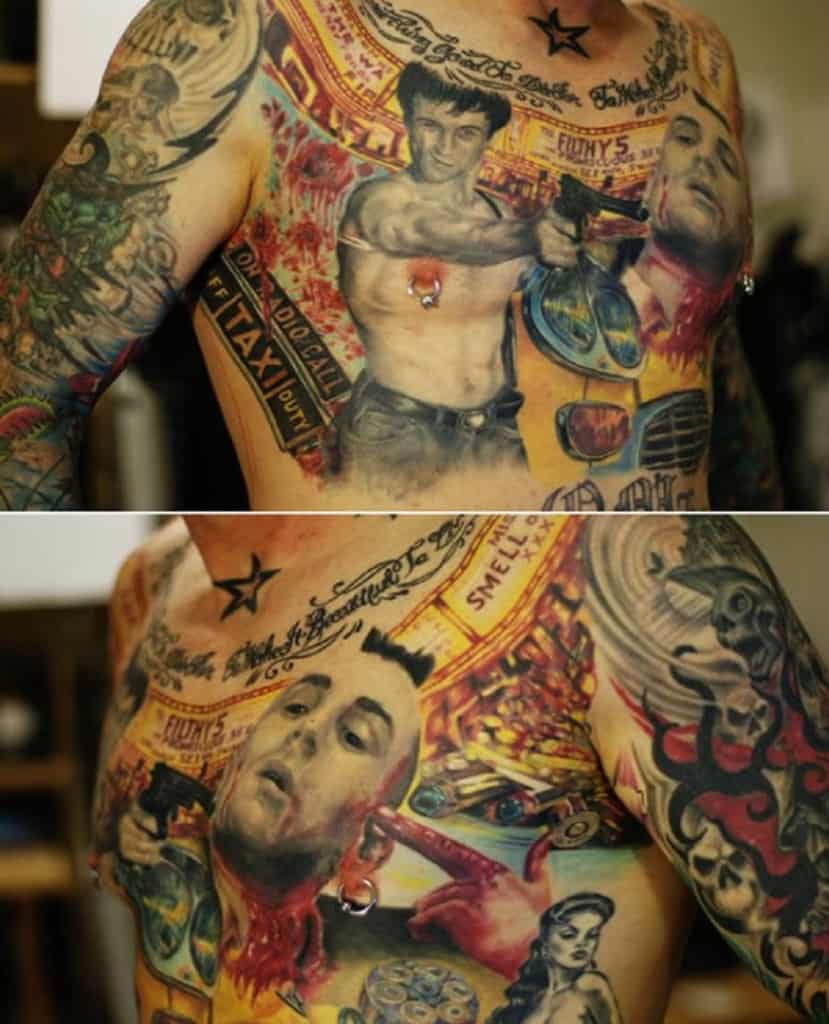 This has got to be one of the most epic tattoos of all-time. If you are going to donate a part of your skin to an element of pop-culture, it might as well be something bad-ass as the film ‘Taxi Driver’.