10 Adorable Animals Playing In The Snow For The First Time

There is something so utterly adorable, so totally heart-warming, about seeing an animal frolicking about and playing. It makes grown men swoon and small children squeal with joy when they see their pets having the time of their life or exploring their environment for the first time.

So are you ready to have your heart so warmed up it will met the icicles under your gutter? Here are ten of the most adorable images of animals playing around in the snow for the first time. Do you remember when your pet first saw a Winter Wonderland? If not, these images will do just nicely. 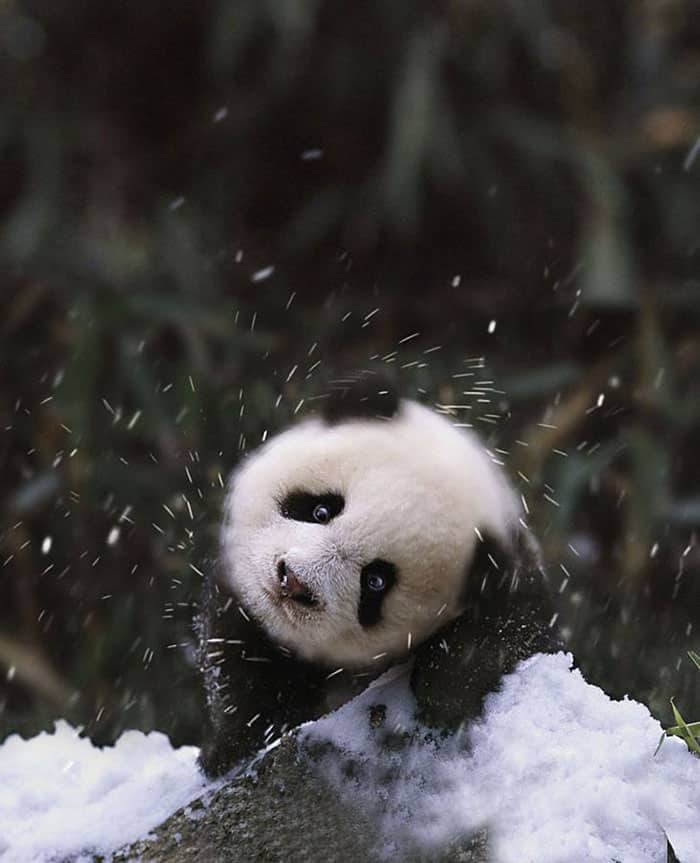 This adorable little panda has a look of steely determination as they shake the first few flakes off their head. This is a spectacularly timed photo. 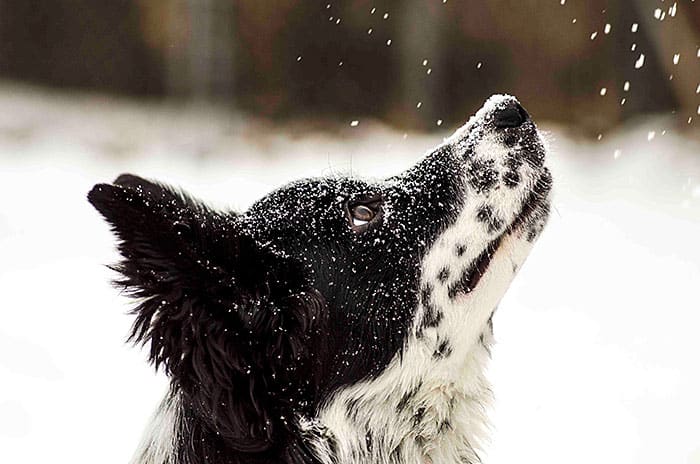 Look at that quizzical face. Look at those curious eyes. We wonder what’s going through this border collie’s mind as the flakes fall gently to the ground. 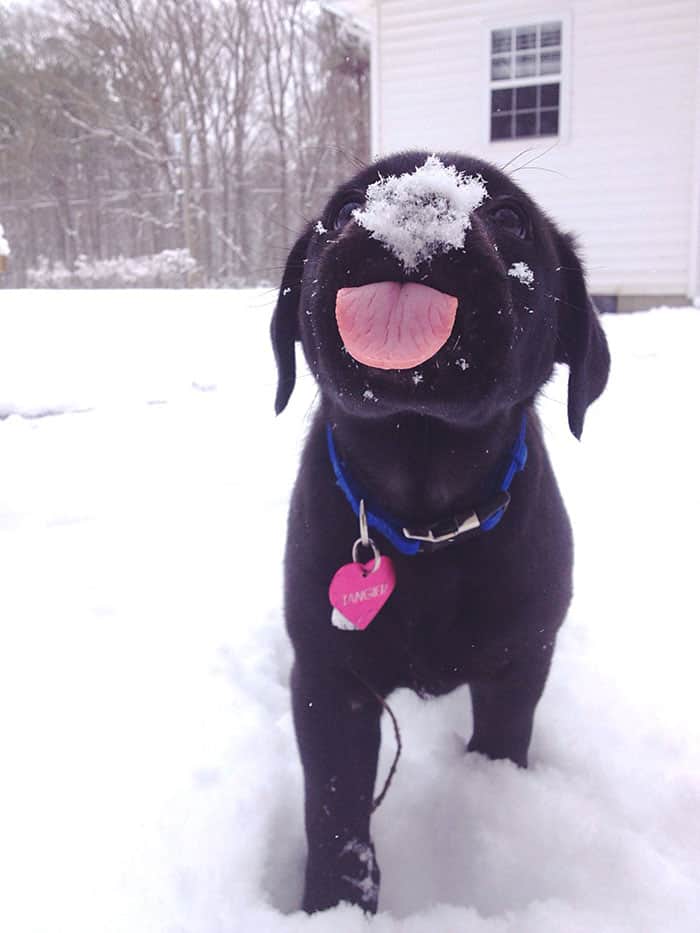 Why is it that a dog’s first instinct when something lands on their nose is to immediately try to lick it off? Not that it bothers us. It’s still a cute image. 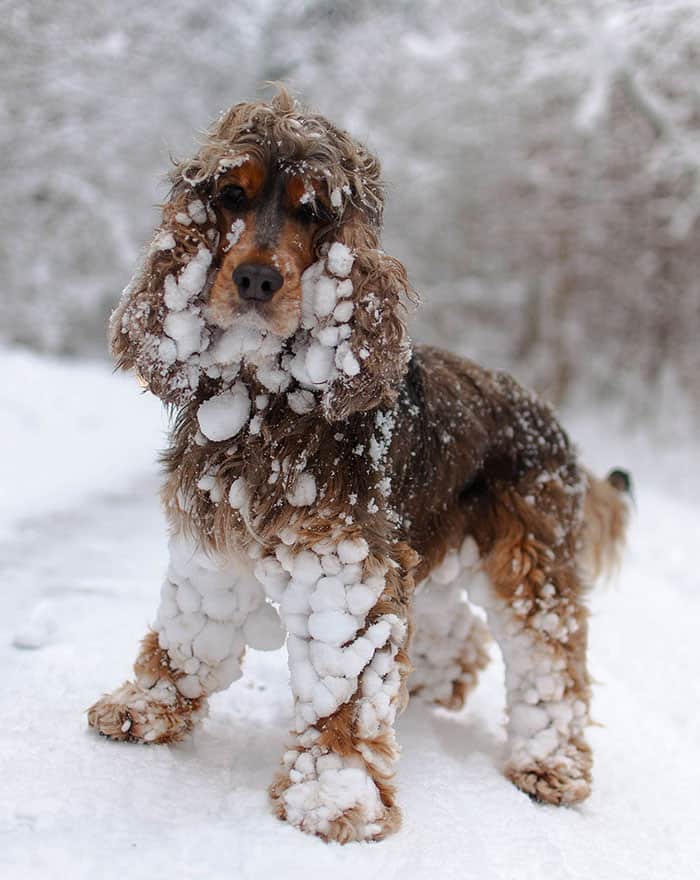 It’s a good job this dog has a lot of thick fur. They’ve obviously spent a good amount of time cavorting about in the snow for the first time. But now there’s a hint of regret on that face. 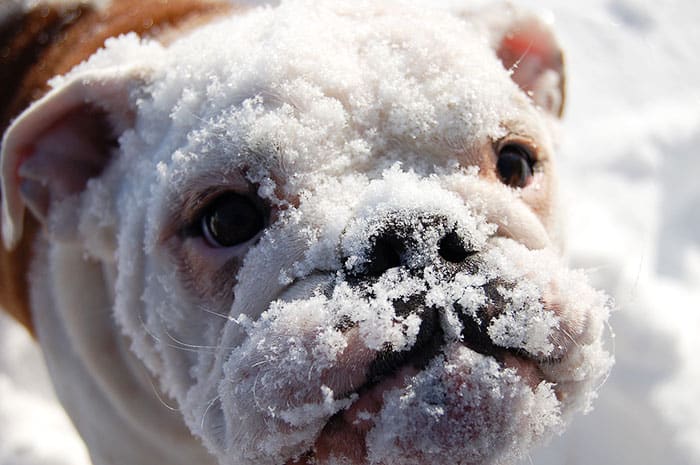 “One is not amused. But one is strangely curious about this cold flaky stuff.” And then they go back to face-planting the snow. 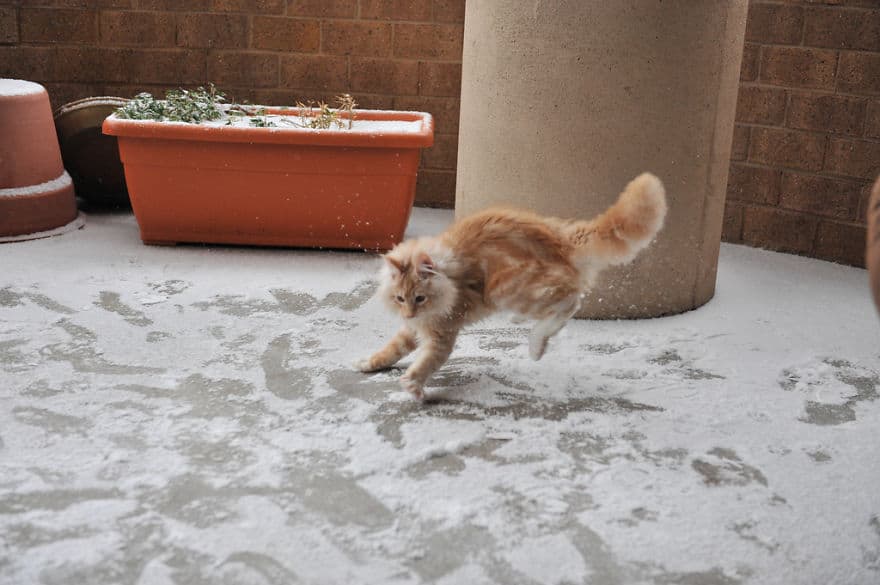 He looks ever so slightly perplexed, but the amount of footprints in the snow suggests he’s probably spent a bit of time getting used to it. 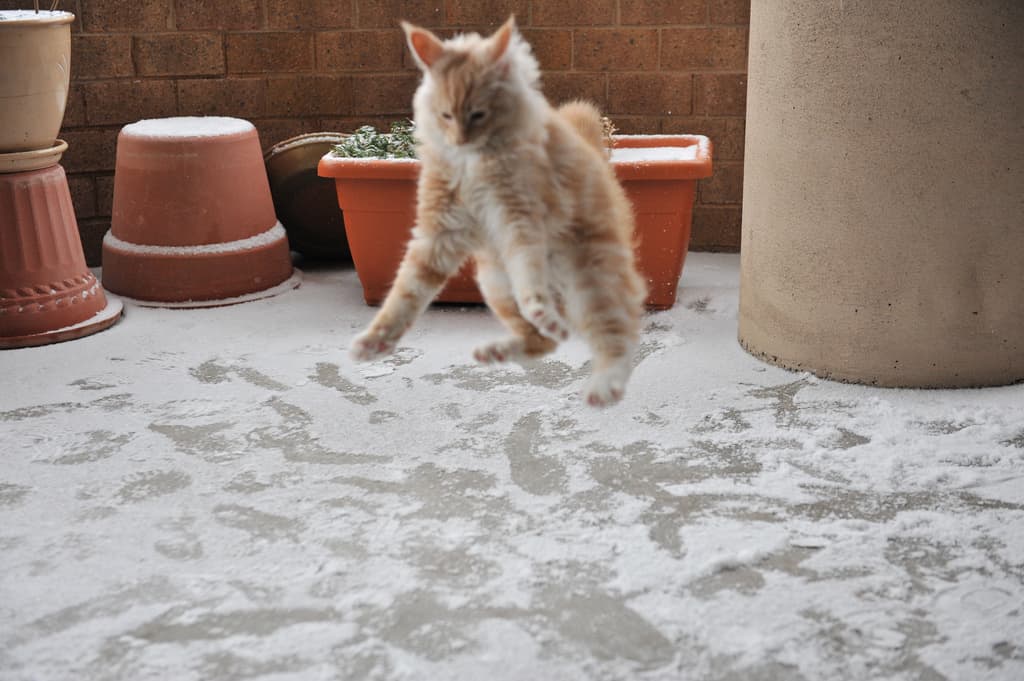 This one tickles us. Look at how happy Jonesy is leaping about the place. This is the perfect action shot that captures this pet’s first time in the snow. 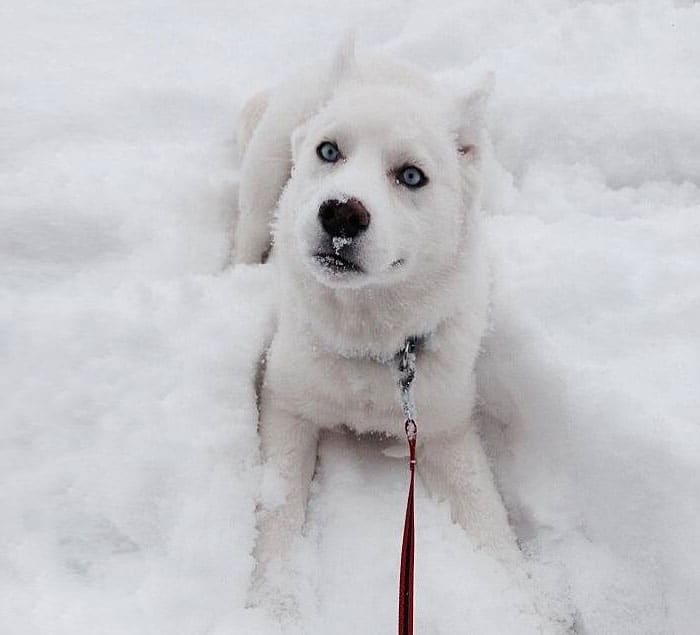 This husky is obviously curious about the snow, but rather than frolic about like a normal dog, they can only look up at their owner with questions. 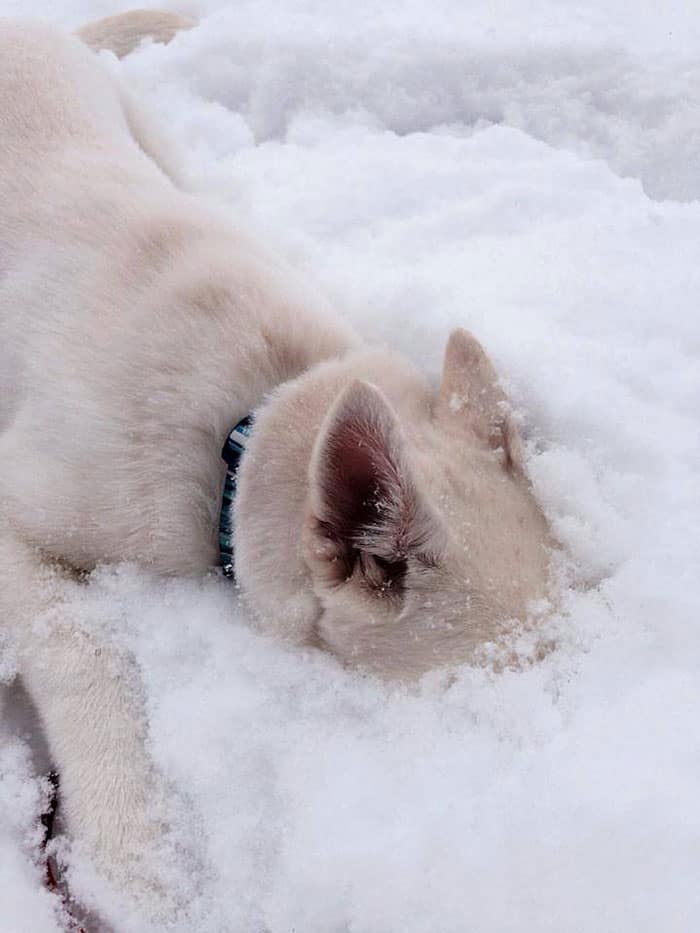 Oh wait no, there we go. That’s the kind of reaction we’ve come to expect from these creatures. 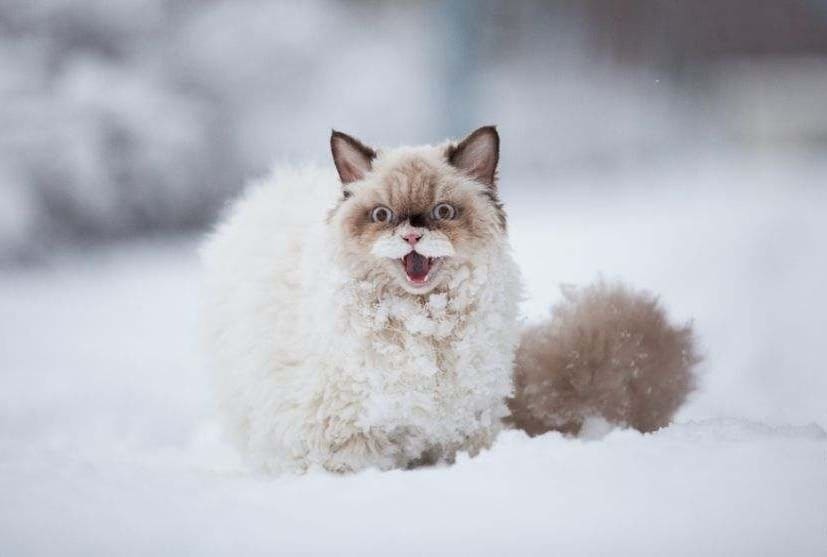 Oh wow. That look just seems to say it all. Not only is this Persian cat excited, they also seem to be awe-inspired. They kind of look like a kid at Christmas. 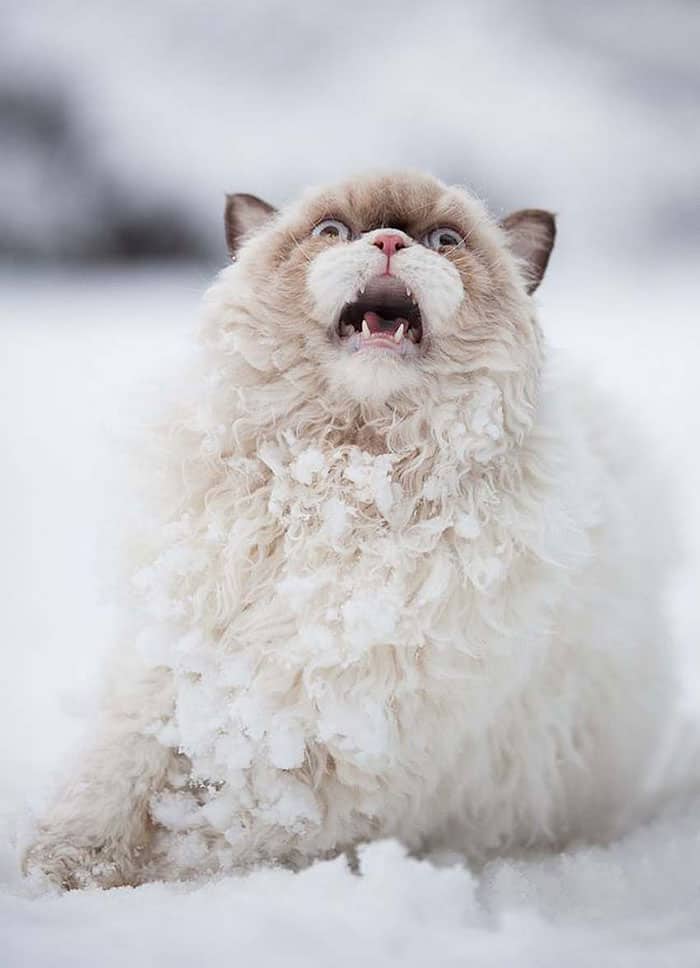 From excitable curiosity to what can only be described as near terror. We like to think this is the split second before a large snowball comes crashing down.

Rabbit On A Leash 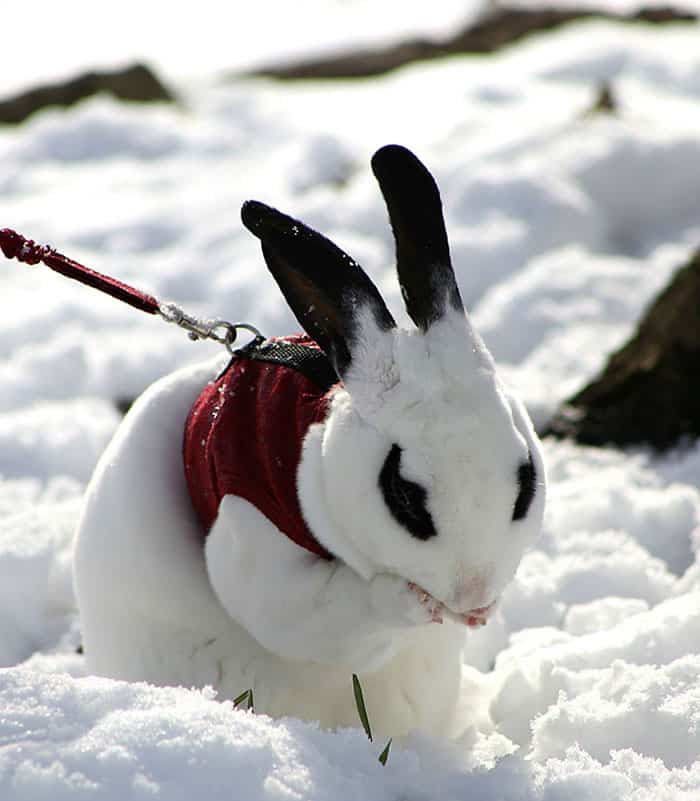 The pose that this rabbit has been captured in sort of reminds us of the kind of bunny Disney would put into one of their oh-so-many adorable Christmas films. 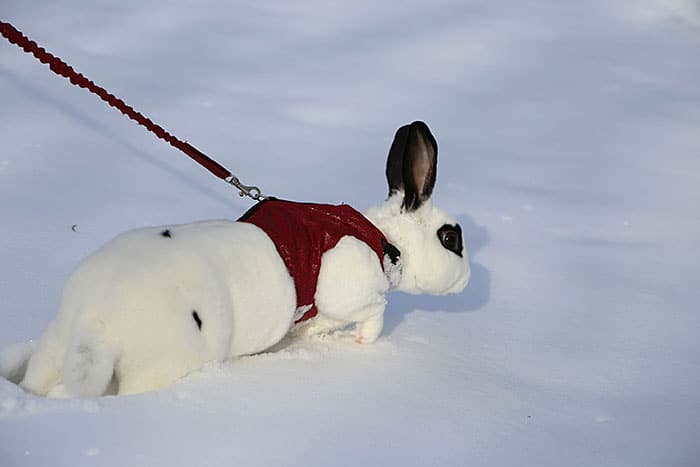 No leash is going to stop this rabbit from exploring this curious white floor. Is anybody else thinking about the film Bambi for some reason? No, not that scene! 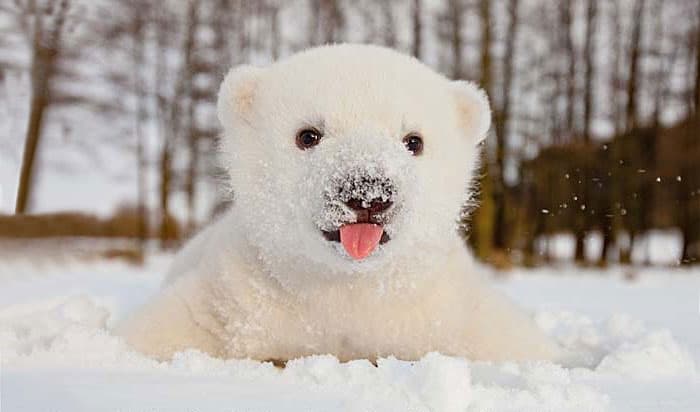 We like to think that polar bears – even baby ones – are already quite used to the snow. But check out the curious look in those adorable little eyes. 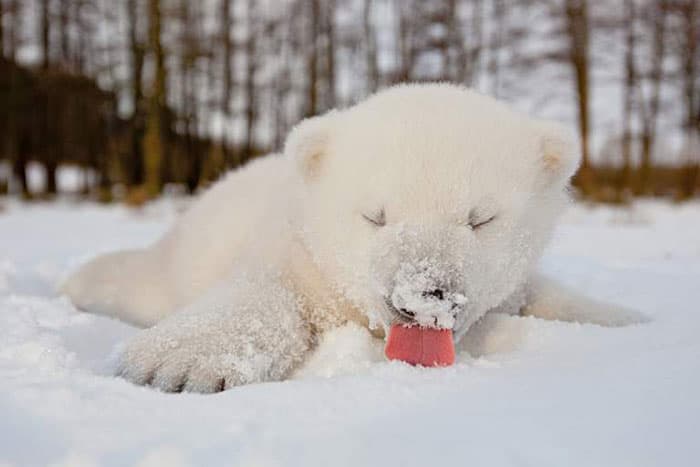 No, that’s it. We’re done. Everyone leave the internet. We’ve found the most adorable photo of an animal that will ever exist so long as the universe is still around. Good game everyone.