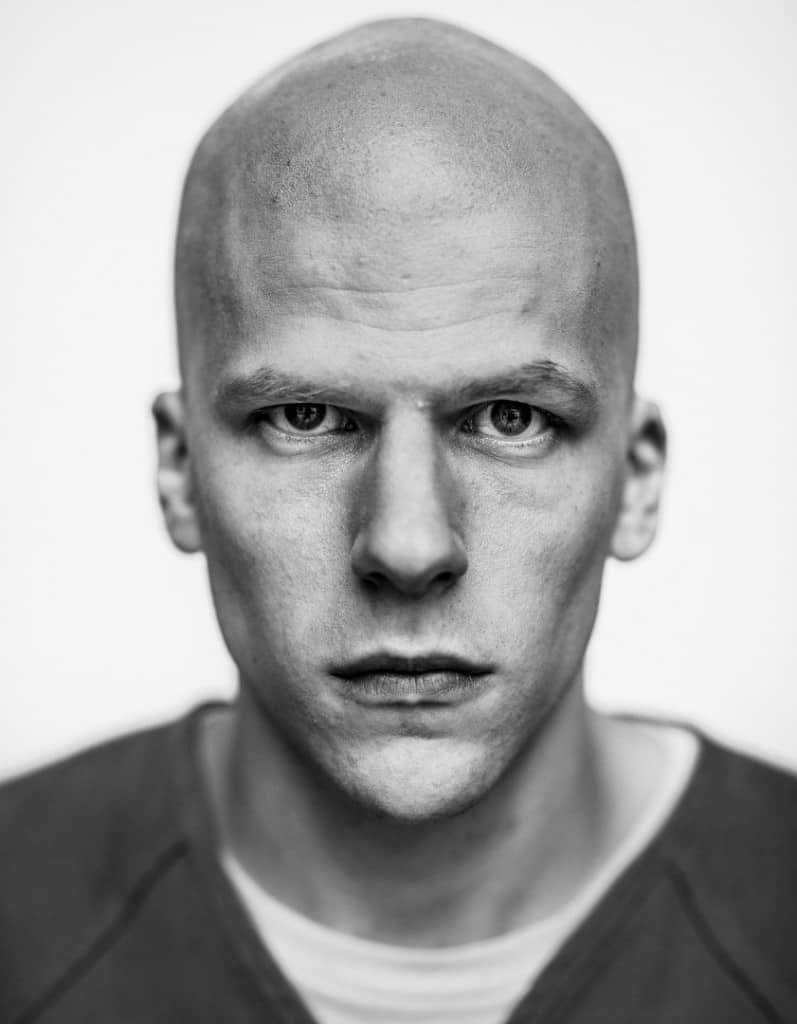 Lots of buzz has been swirling around the notoriously secretive Batman vs. Superman film. Mixtures of curiosity and enthusiasm surrounded the casting announcement of Ben Affleck in the role of Bruce Wayne/Batman in August 2013 and Gal Gadot as Wonder Woman a few months later. But no casting choice has had more people both baffled and intrigued that putting Oscar-nominated actor Jesse Eisenberg into the shoes of classic Superman archenemy Lex Luthor in January 2014.

Many have questioned Eisenberg as being a suitable choice, wondering if his youthfulness and quirky acting nature would fit with the part of such an infamous comic book villain. But now the question of whether or not Eisenberg will at least look the part can finally be answered in the positive. This past week the first photo of the 32 year-old actor donning the classic shaved head of Lex Luthor has been released and Eisenberg is looking fantastically creepy. Combined with the recent release of the picture of ‘Game of Thrones‘ star Jason Momoa as Aquaman, it looks as if DC Comics might finally have a franchise to match the clout of all the Marvel movies.

Eisenberg is set to co-star in Batman vs. Superman: Dawn of Justice, the first of two Batman/Superman movies, to be released on March 25, 2016.