20 Unique Sights That Are Common In Dubai

Ever wondered how a city would look if it was run by a handful of highly rich and influential people? Then you have clearly never been to Dubai – the shopping festival of the world. The city has been severely focused on development for sometime now and they have managed to accomplish some mighty feats. From erecting some of the tallest buildings in the world to making super cars that feel like just another mode of transportation, Dubai has gone all-out in showing off its wealth to the world. You can find some of the biggest brands in the world here and nearly everything else you can think off. Following this module of development can lead to some unique circumstances. Here is a list of 20 sights that are commonly seen around Dubai: 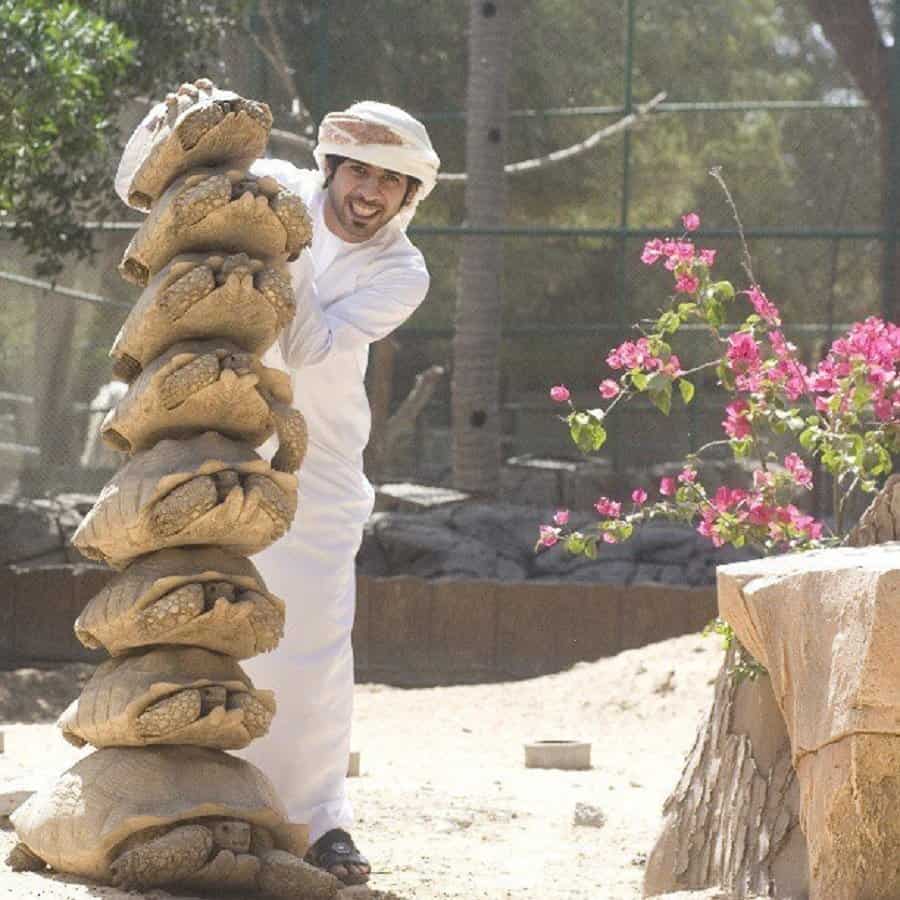 This seems like a cruel and odd thing to do to turtles. What happens in Dubai, stays in Dubai, am I right? 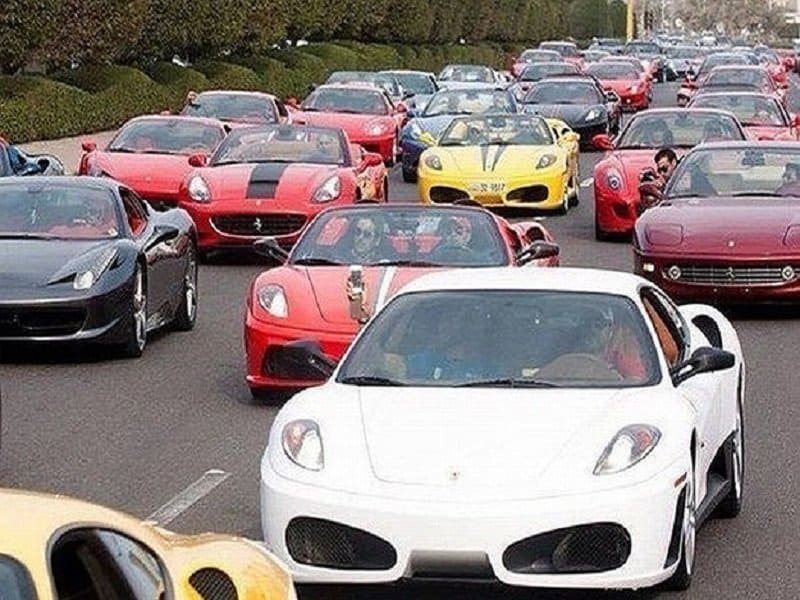 Seeing a Super-Car in most parts of the world would be a thing of wonder. Seeing them lined up in a traffic jam can only happen to people living in Dubai. 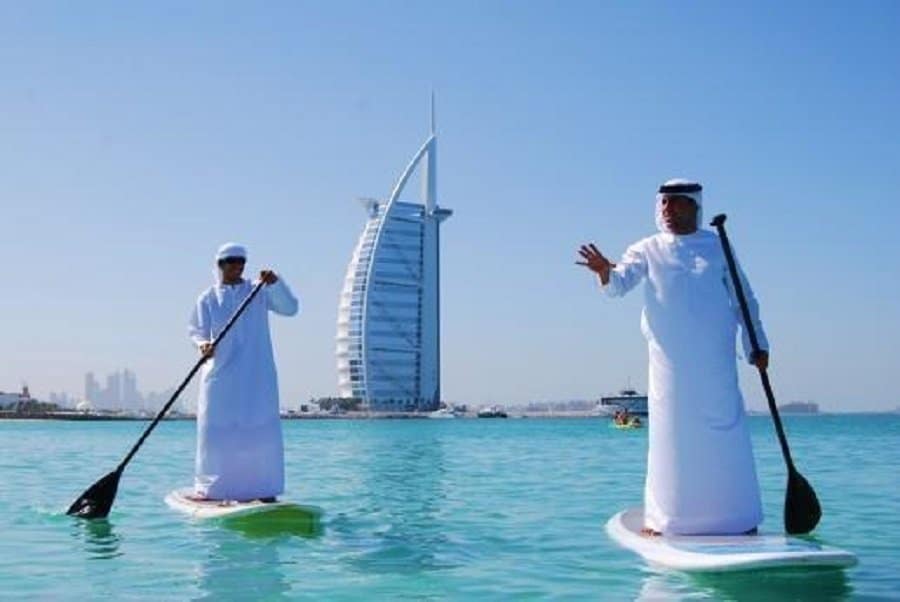 This strange paddle boat can be occupied by only one person and needs to operated while standing upright. Guess this is how the rich folk move from one part of the world islands to another.

Cellphones That Need A Second Mortgage 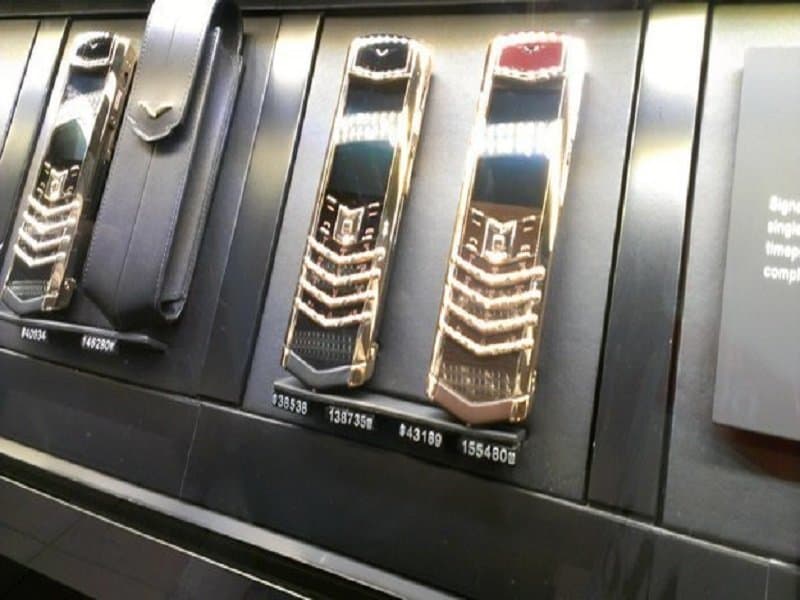 Purchasing a cellphone is a common occurrence in most parts of the world. Only in Dubai can you find a healthy supply of phones that probably cost more than the house you currently reside in. 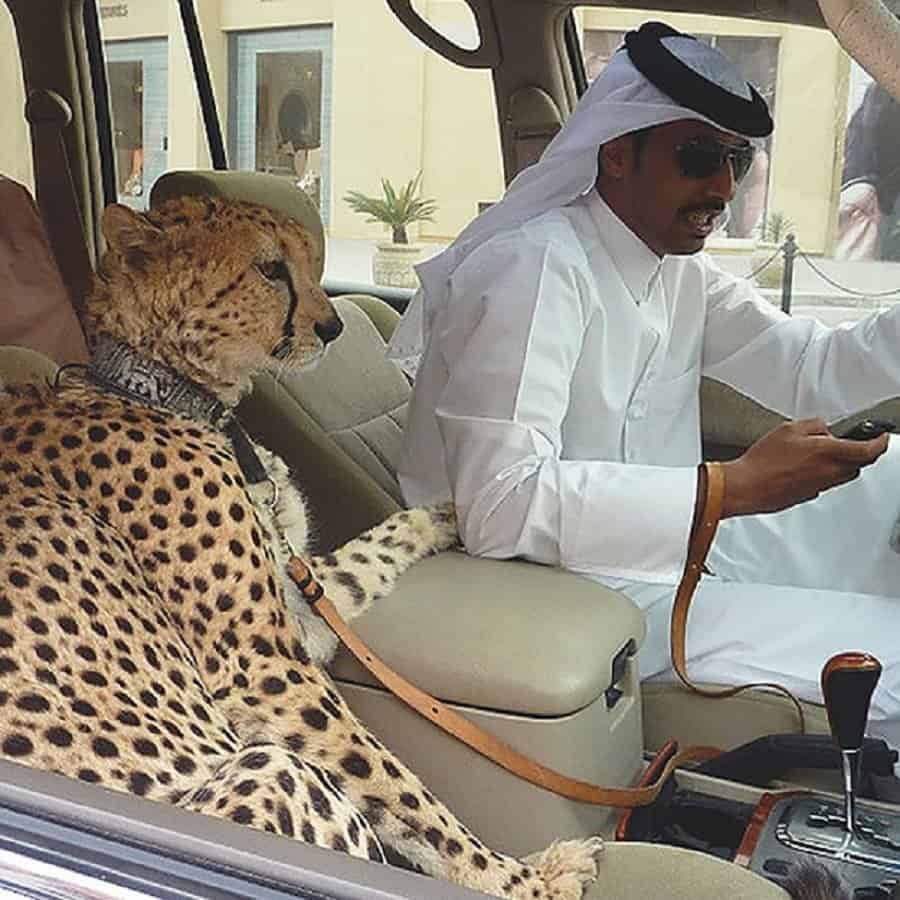 This priceless picture pretty much speaks for itself. Seeing a cheetah on a leash riding shotgun in your car is not something that you will see in New York. 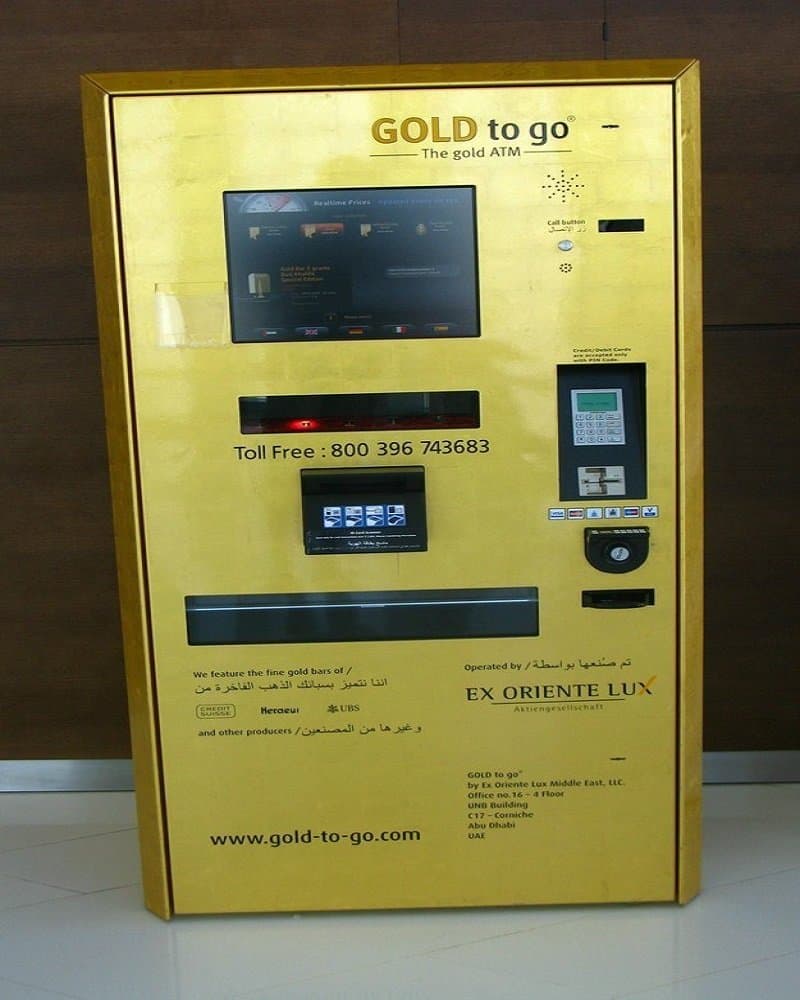 This ATM allows you to withdraw gold whenever you want. That’s right, Gold! 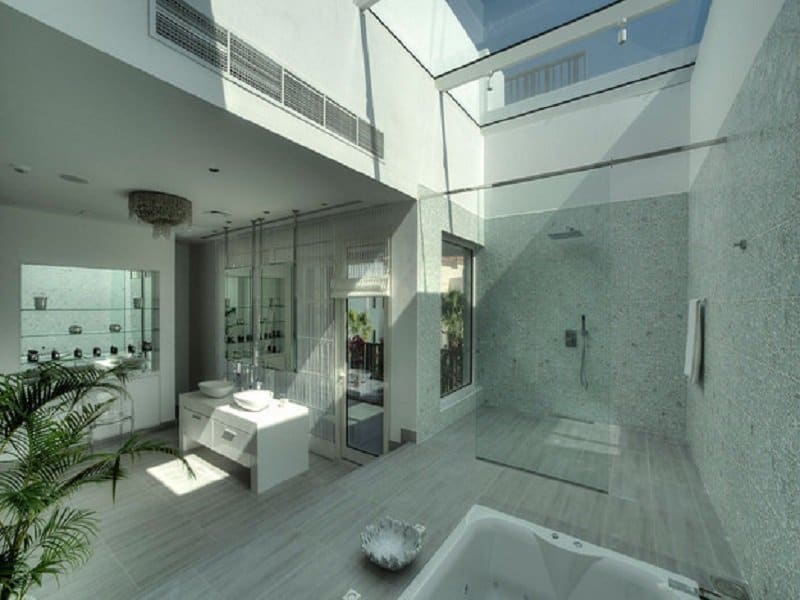 This bathroom is the size of half of our house… if only we had this much living space, and money. 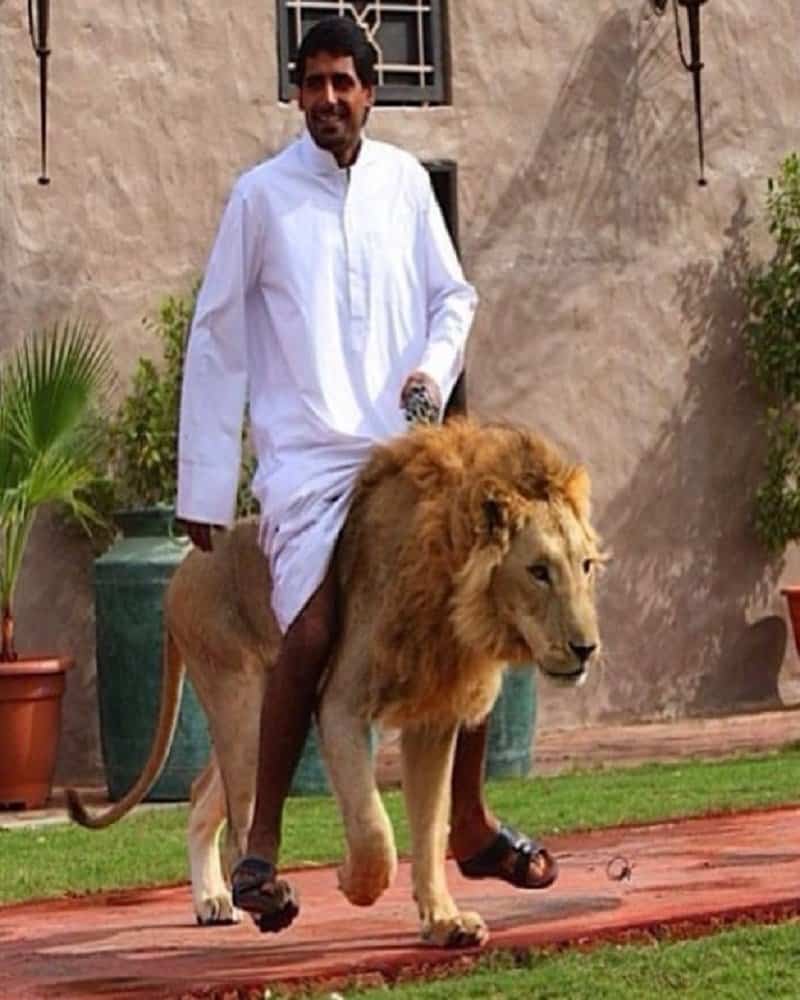 This brave/insensitive man thinks it is a good idea to ride his pet lion. You can see the lion thinking back to the days when he was considered king of the wilderness. 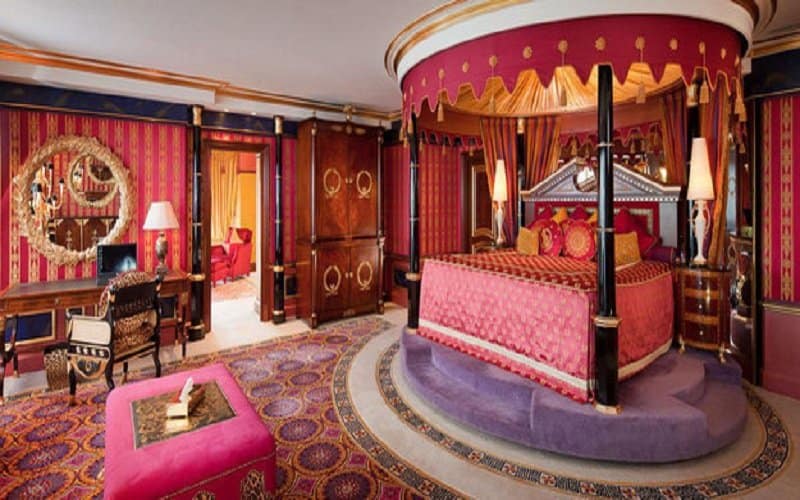 Don’t you usually go to sleep in a bedroom? We wonder why Dubai finds the need to decorate their bedrooms like the set of a Wes Anderson film! 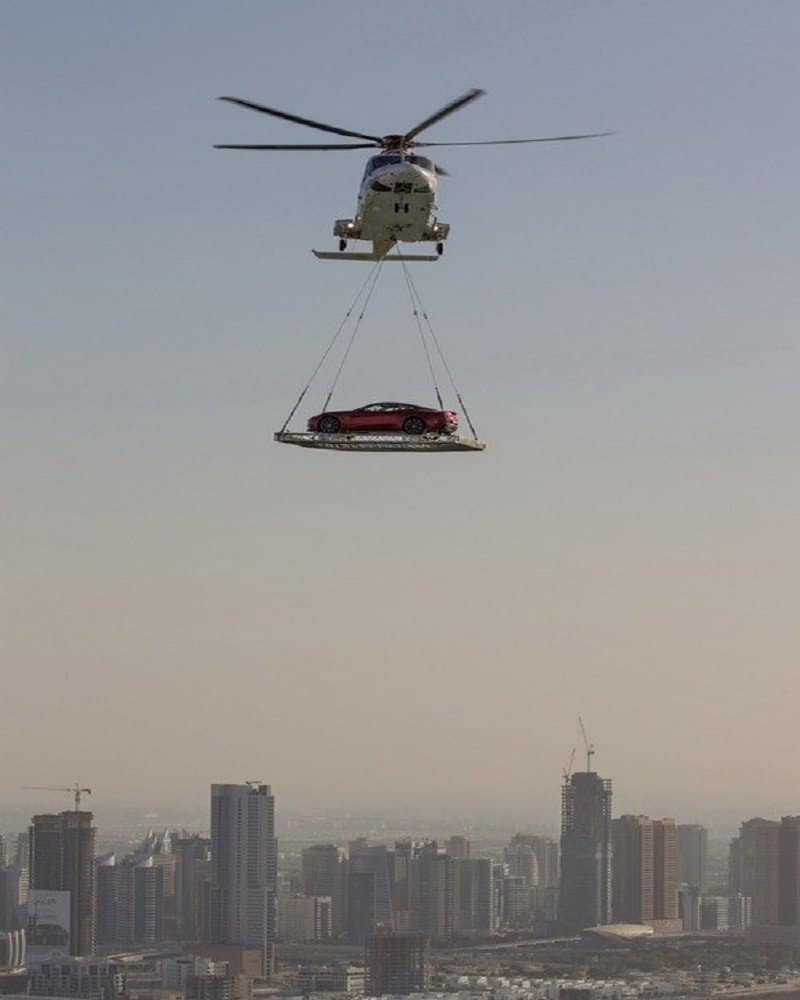 Need your car right now but the traffic seems unbearable? This is not a problem for Dubai, the city that likes spending millions on trivial problems. 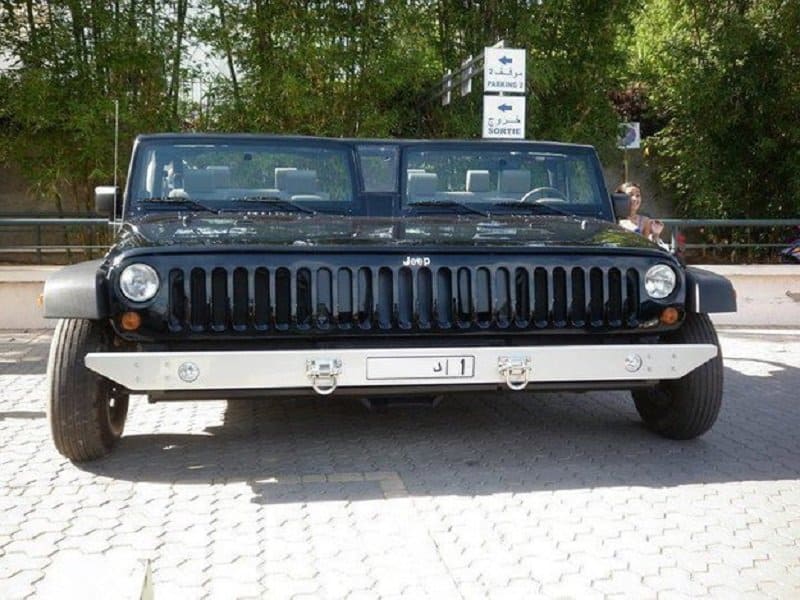 Dubai realized that SUV’s can be dangerous for the environment which is why they decided to stick two together to make a difference and play their part in saving the world.

Snakes On A Plane? 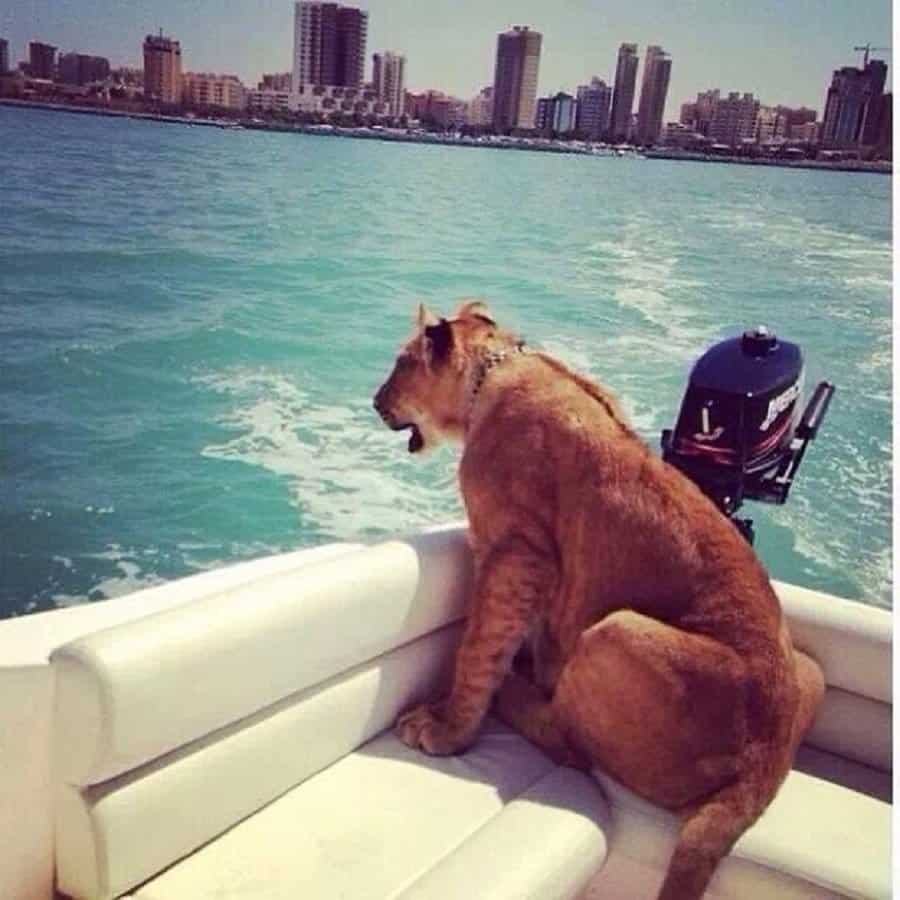 Try cougars on a yacht! This is more the speed Dubai likes to operate on. 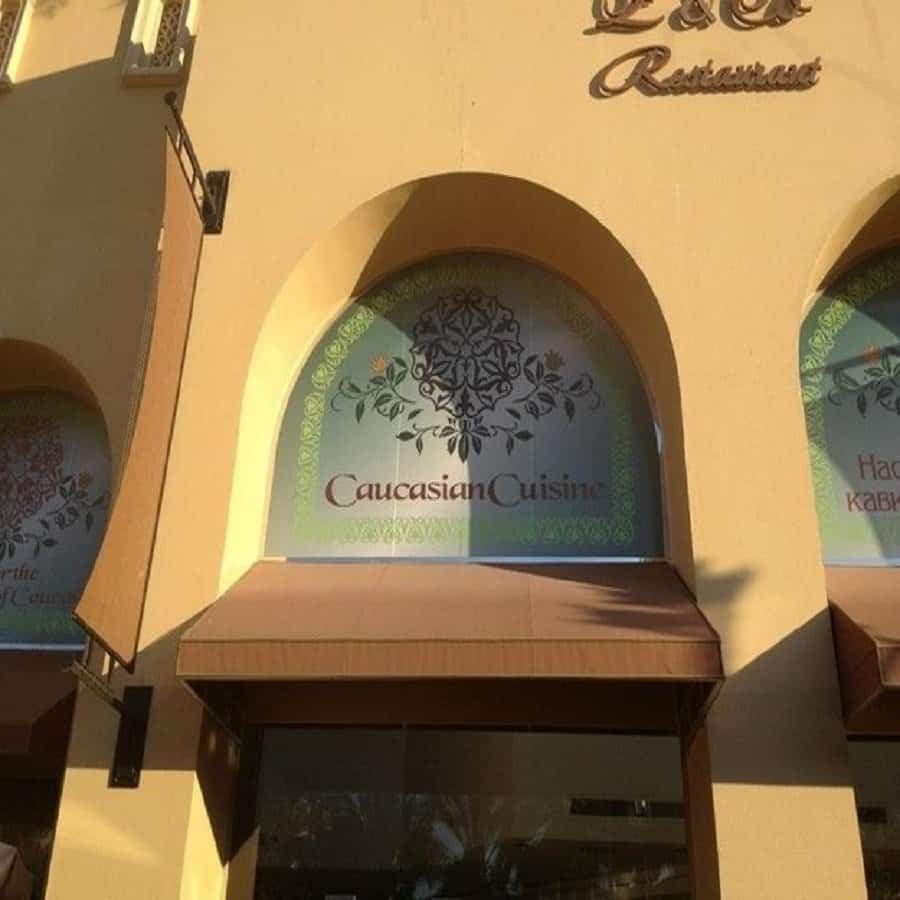 If you are a Caucasian and you have never realized that you are a part of a celebrated culture, then this restaurant seems like a good place for you to rediscover your roots. 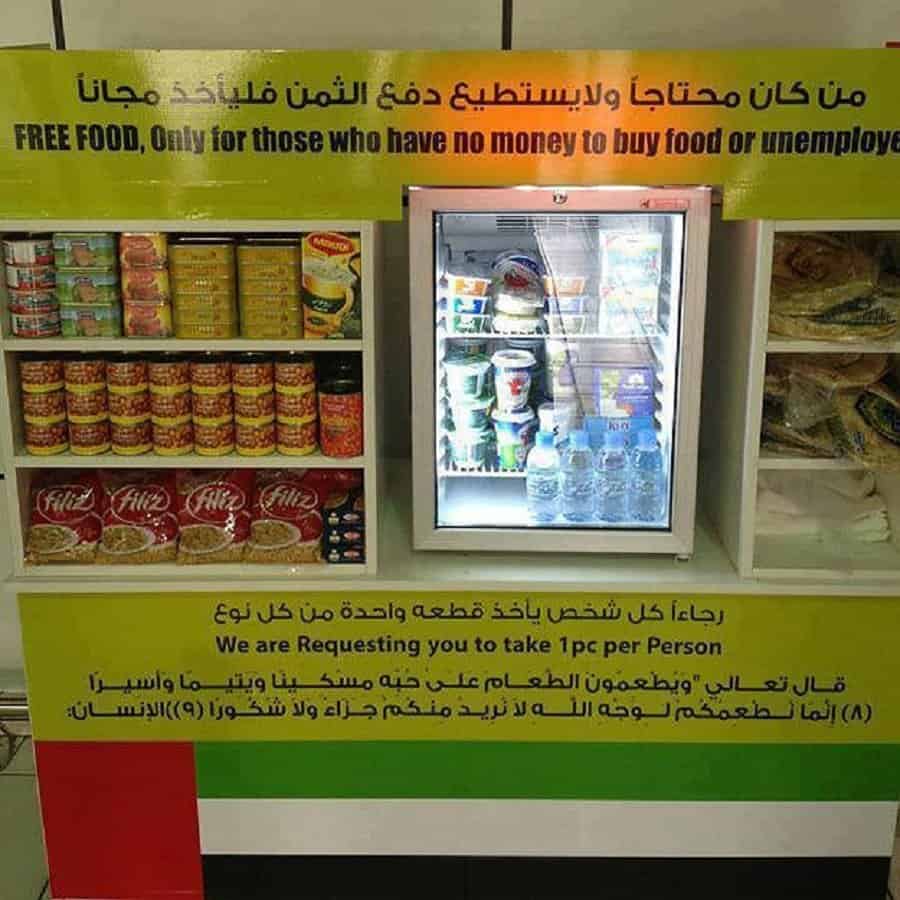 At times, you can see that even Dubai has a heart. This rare gestures shows us what a place like Dubai is really capable of achieving. 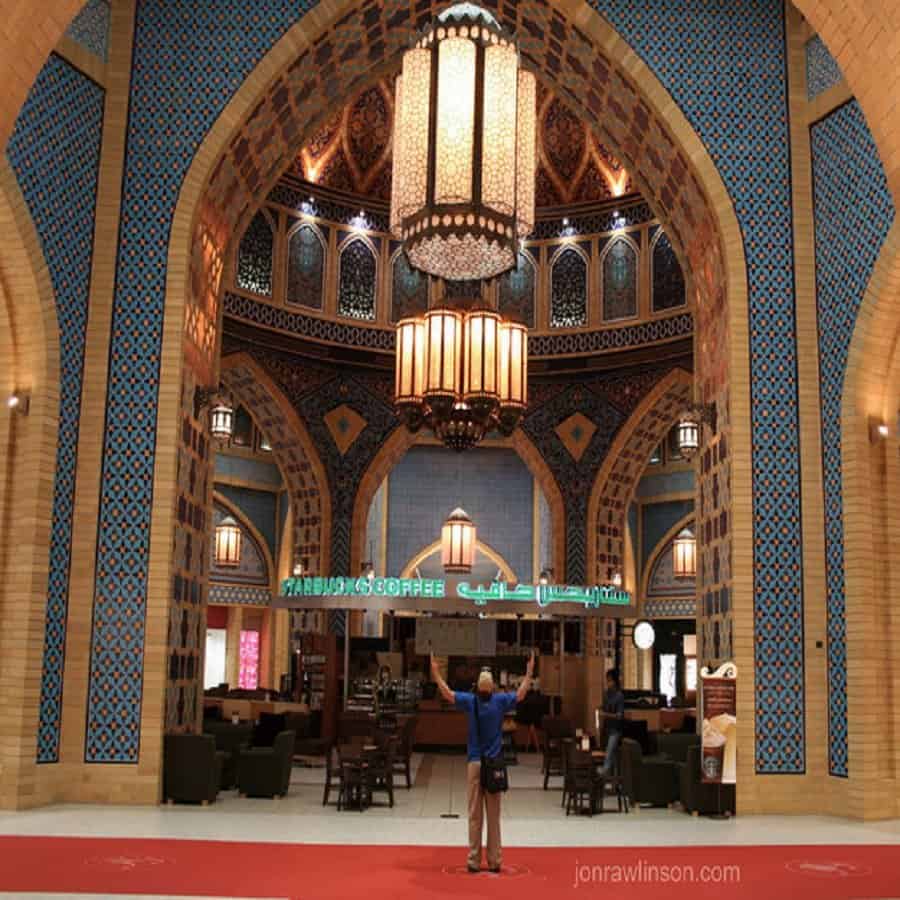 This branch looks like Starbucks died and went to heaven. 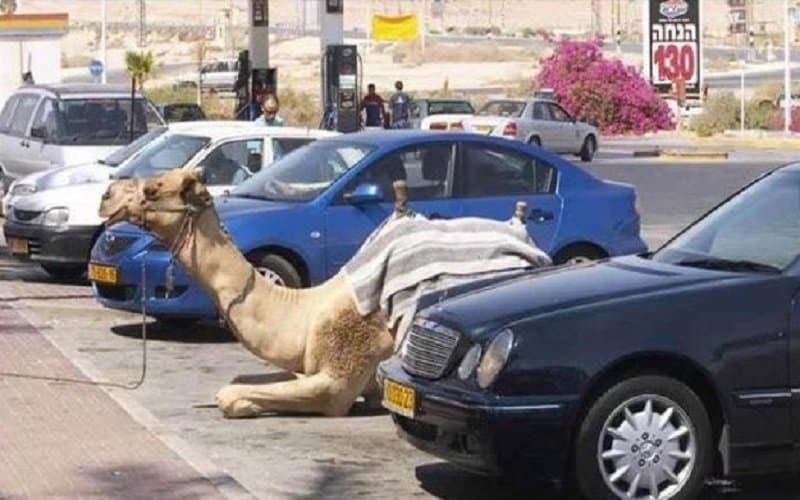 Even though the fuel prices are dirt cheap in Dubai, there is no substitute for the thrills and chills involved in taking your camel to work, especially when parking is not a problem either.

Beware Of The Po-Po 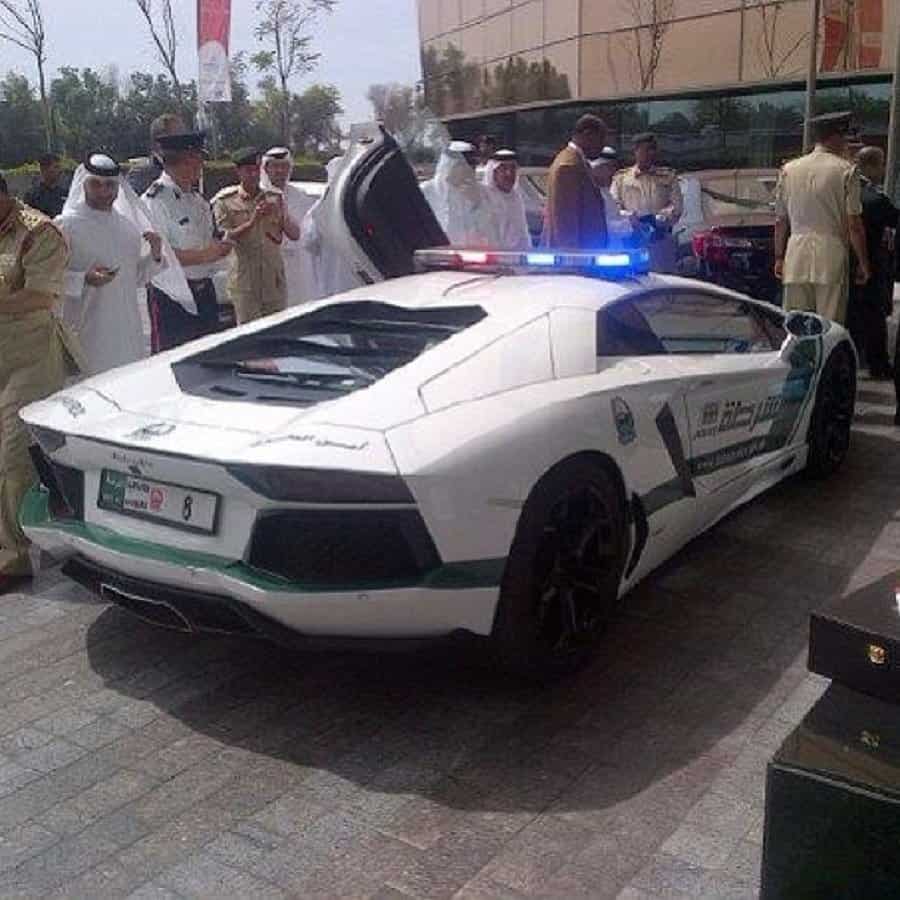 If you have the cops on your back in Dubai, chances are that they will bring you down in no time. Their cops have Lamborghini’s because they are well aware of the super car population in Dubai. 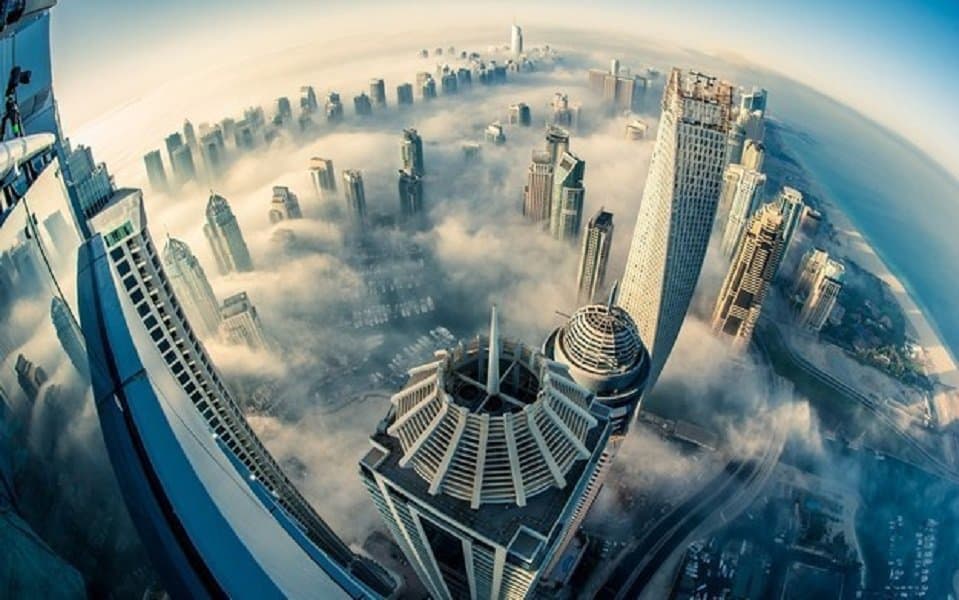 The Burj Khalifa has a 163 floors and stands at well over 800 meters. Making you way to the top of the building offers some truly exciting views. 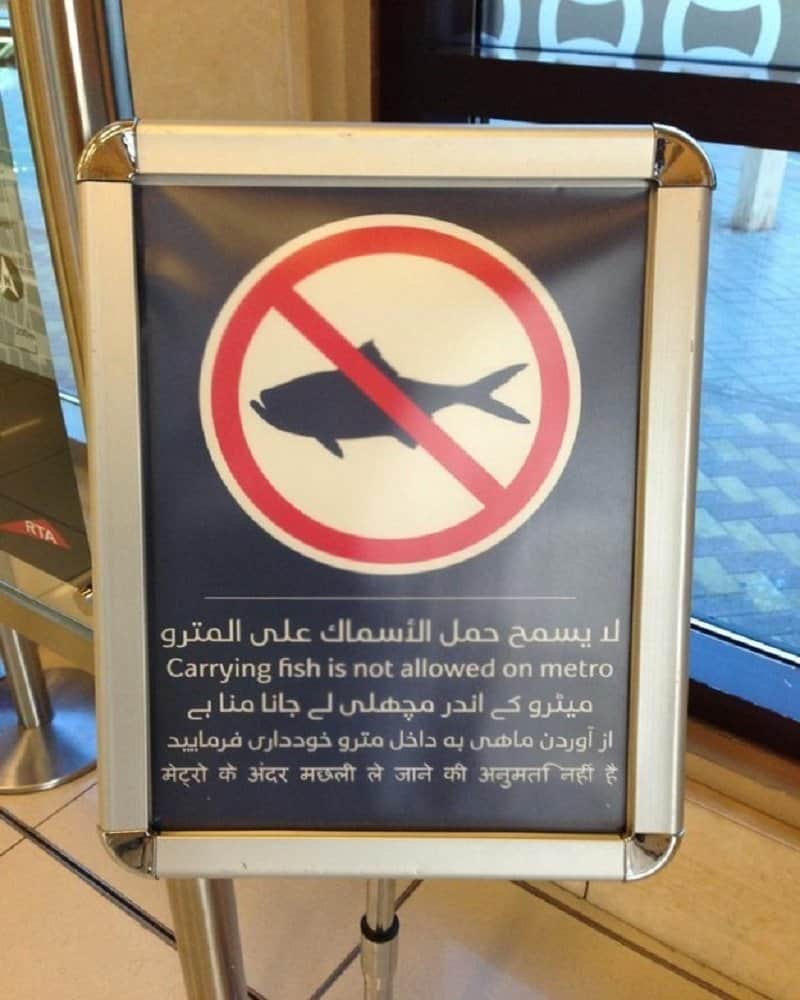 If you thought you could get away by carrying your goldfish to work, think again. There are strict laws on the metro that prevent you from doing just that. 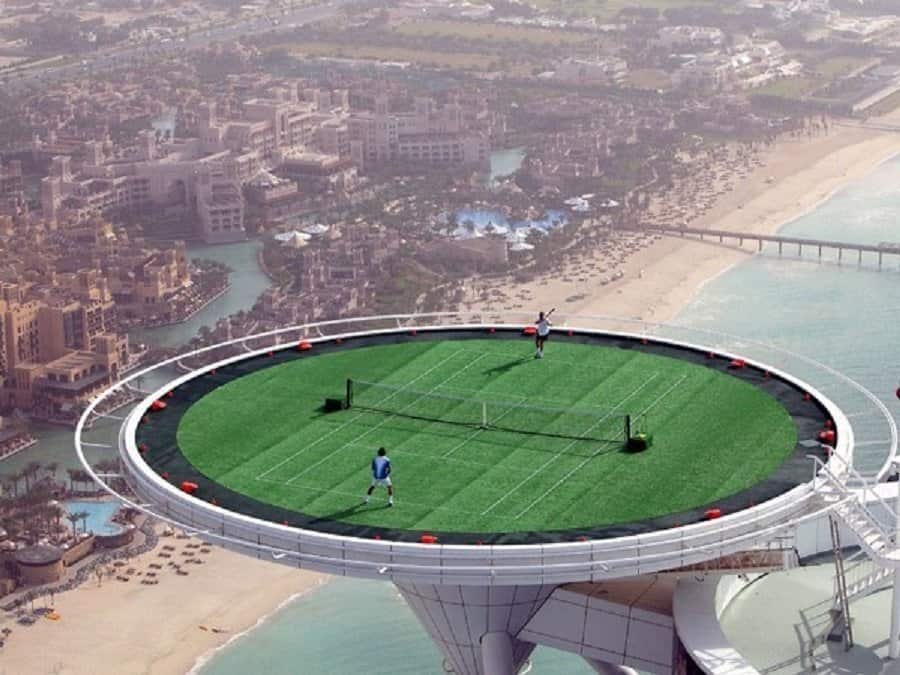 Dubai enjoys having cool things at really high places like you can tell so far. Just make sure you carry enough balls to this court.