These sensational toys gained attention in the 70’s, 80’s, 90’s, and in the recent years as well. They can either be funny or offensive for adults but simply entertaining for innocent children who haven’t the slightest clue. Creators and manufacturers sometimes go below the belt when they come up with really odd ideas that are totally inappropriate for their market. So get ready to see 20 of the most outrageous, shocking and just wrong toys ever made for children. 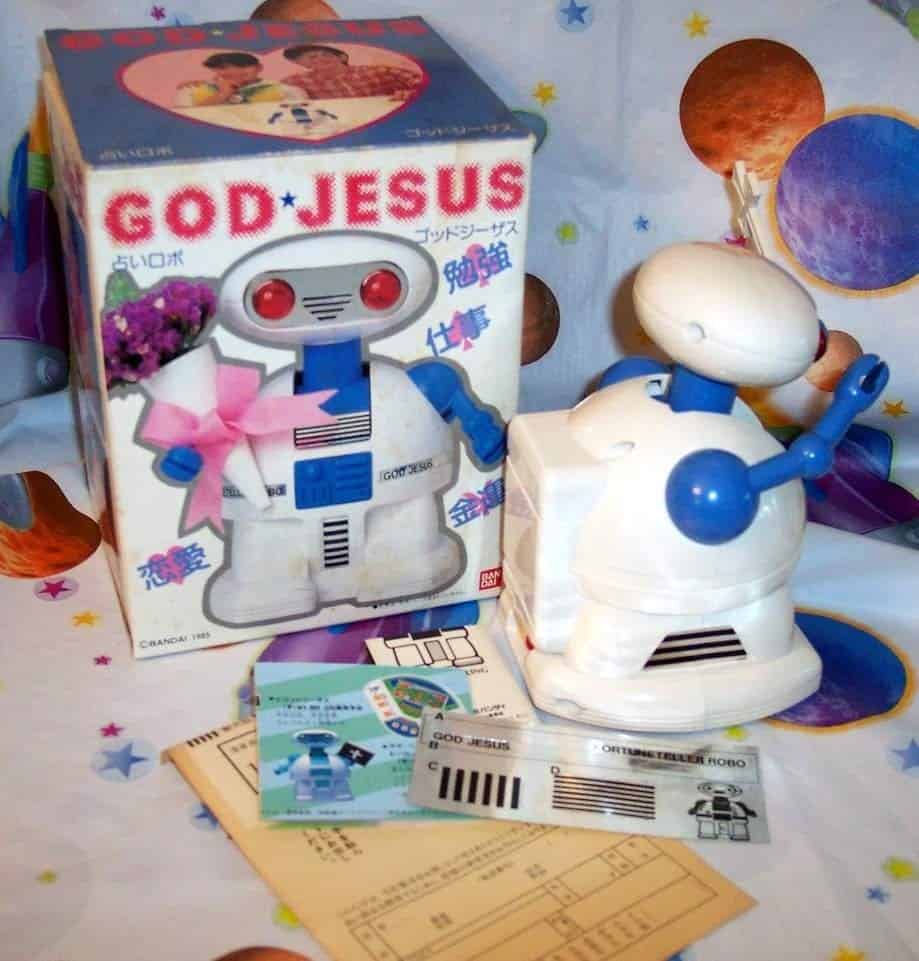 Bandai created a God-Jesus Robot toy in the 80’s, which function is similar to a Magic 8-ball. You ask a question and it would give you an answer. 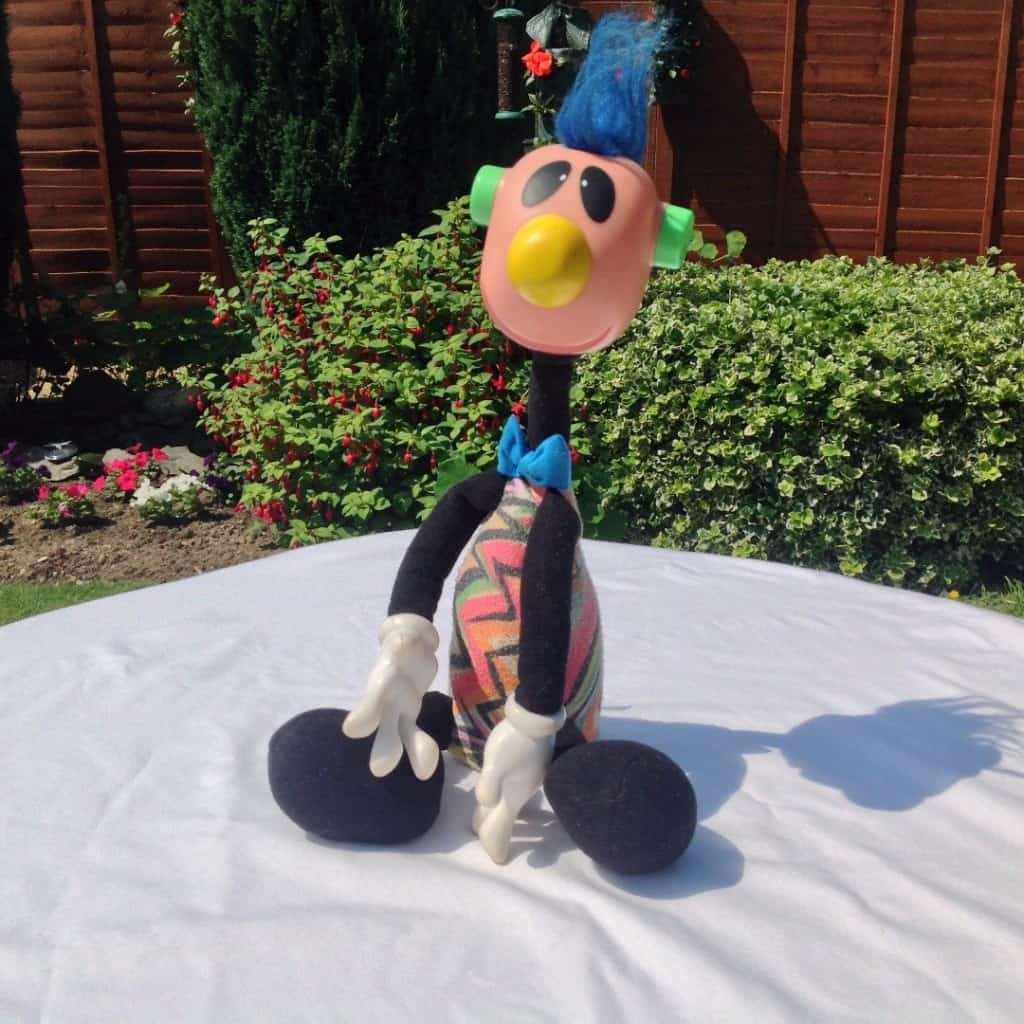 The Jibba Jabber doll that looks wholesome at first. What it does is create a noise when you shake its long neck. Problem is it would not shut up unless you press the neck harder. Kind of like a strangulation tutorial. 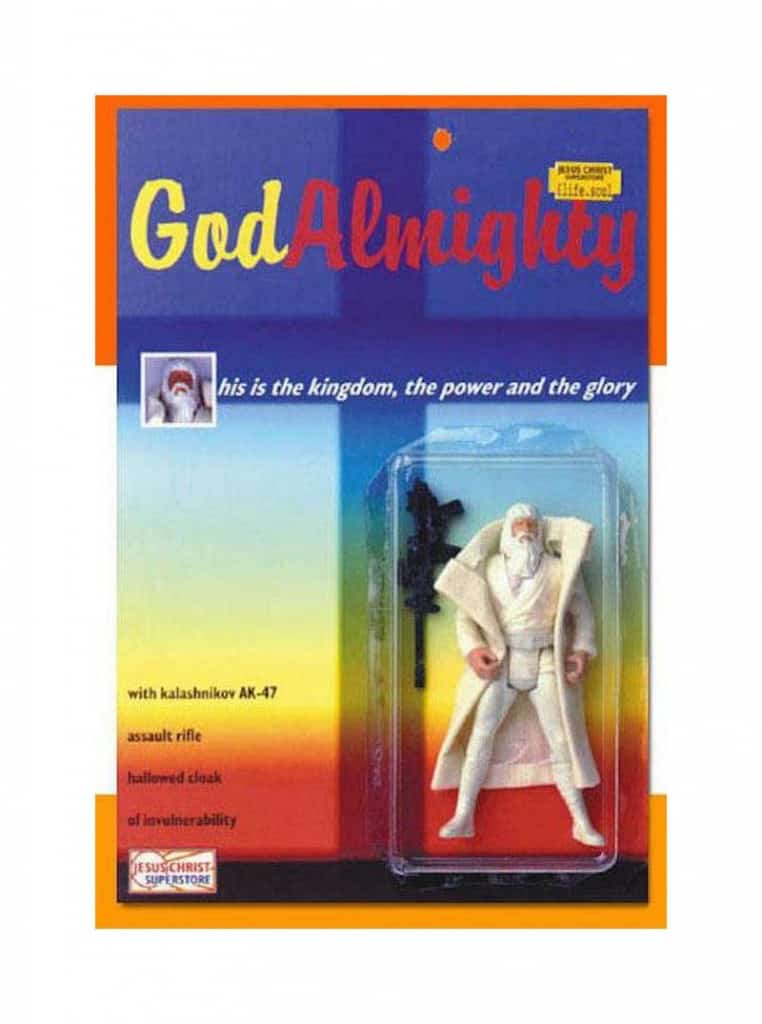 The toy is equipped with its own AK-47 which “God” uses to smite everyone and everything that gets in the way. Talk about playing God. Most people find it offensive instead of inspiring as it goes against what is written in the Bible.

Dora is harmless and wholesome. The problem is where you put her. The Dora’s AquaPet toy may be unintentionally kinky but you judge and tell us that this does not look like a sex toy. 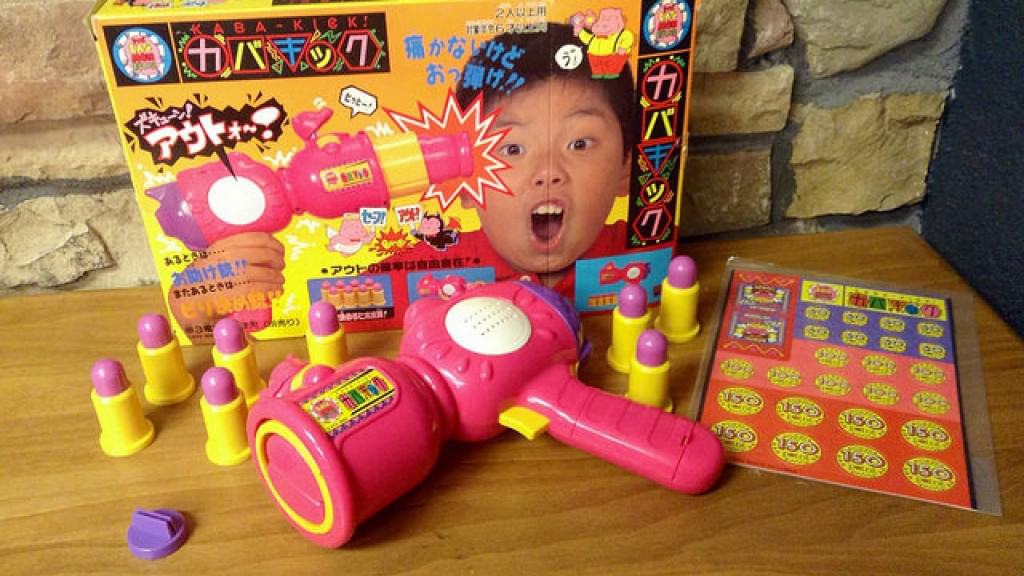 In Japan, there’s this toy called Kabba Kick. It works by putting the toy gun to the head and pulling the trigger, after which a pink hippo’s feet would pop and kick — kind of like a Russian Roulette. And that’s suicide 101 for your children. 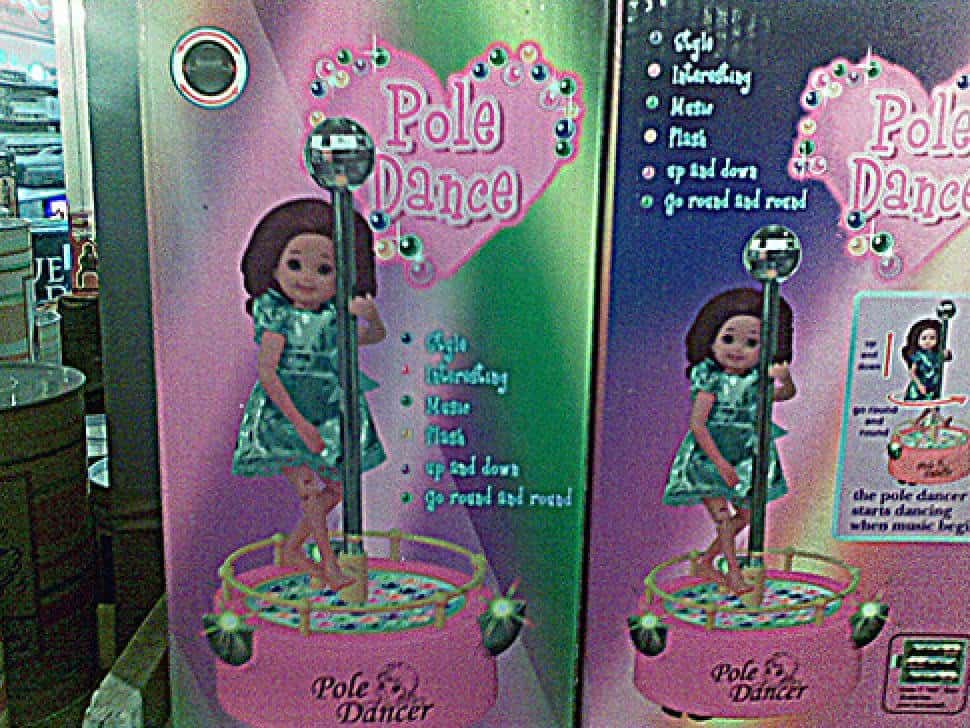 This is an oldie but goodie! Pole dancing can be fun and sexy, but for adults. For kids, it’s definitely something controversial. If this was a part of a toy collection that runs along these lines, you might stumble upon a macho pimp and prostitute doll in the Kids’ Toys department, too. 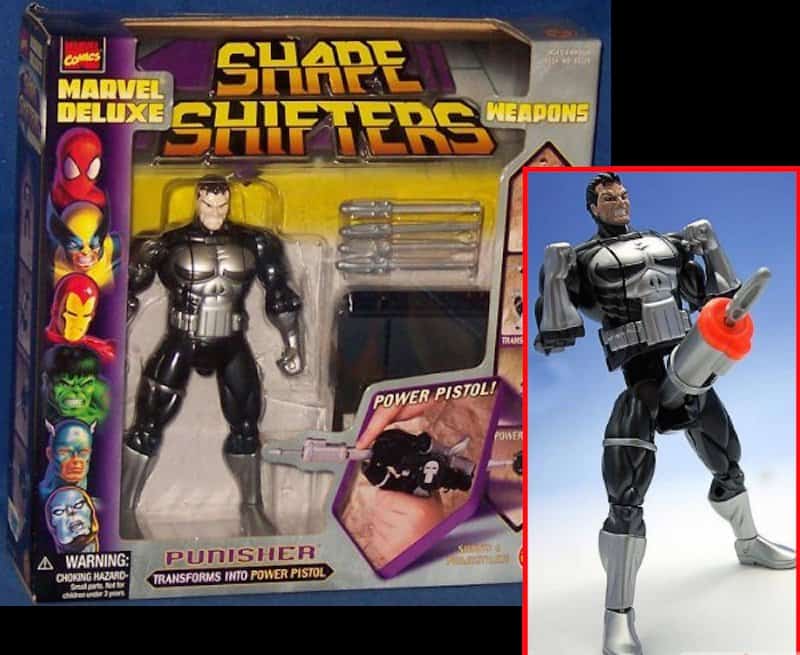 The Shape Shifter Punisher toy looks cool until it casts its wrath on its enemy and pulls a machine gun from his crotch. 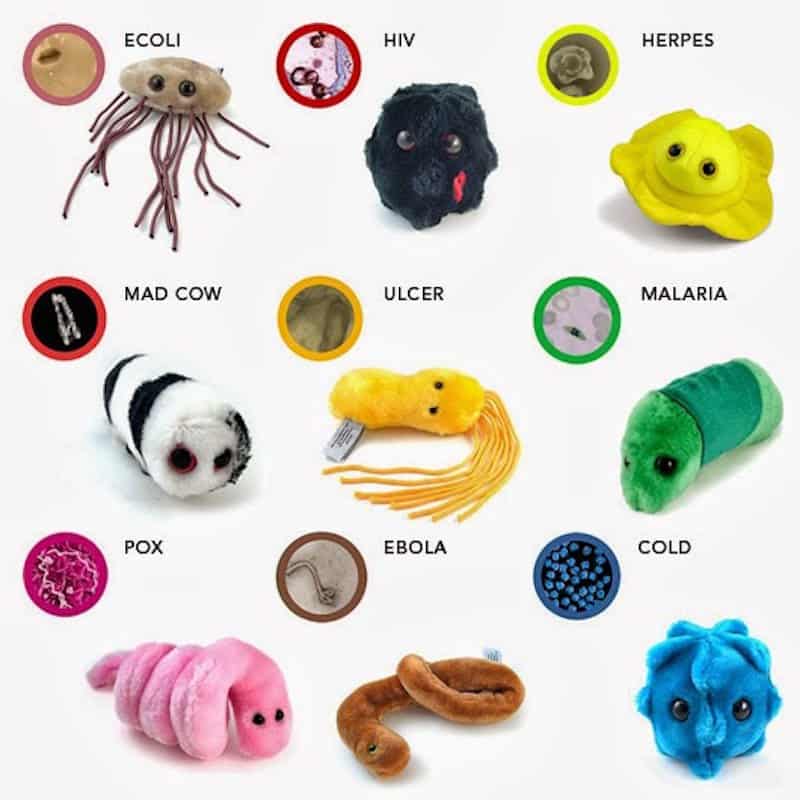 Maybe it has something to do with Science but the STD Plush toys went overboard and made it a little too dirty for the kids to enjoy. They do need to know about STDs to protect them but not when they are 4 or even 10 years old! Worse, the toy company made it look fun. 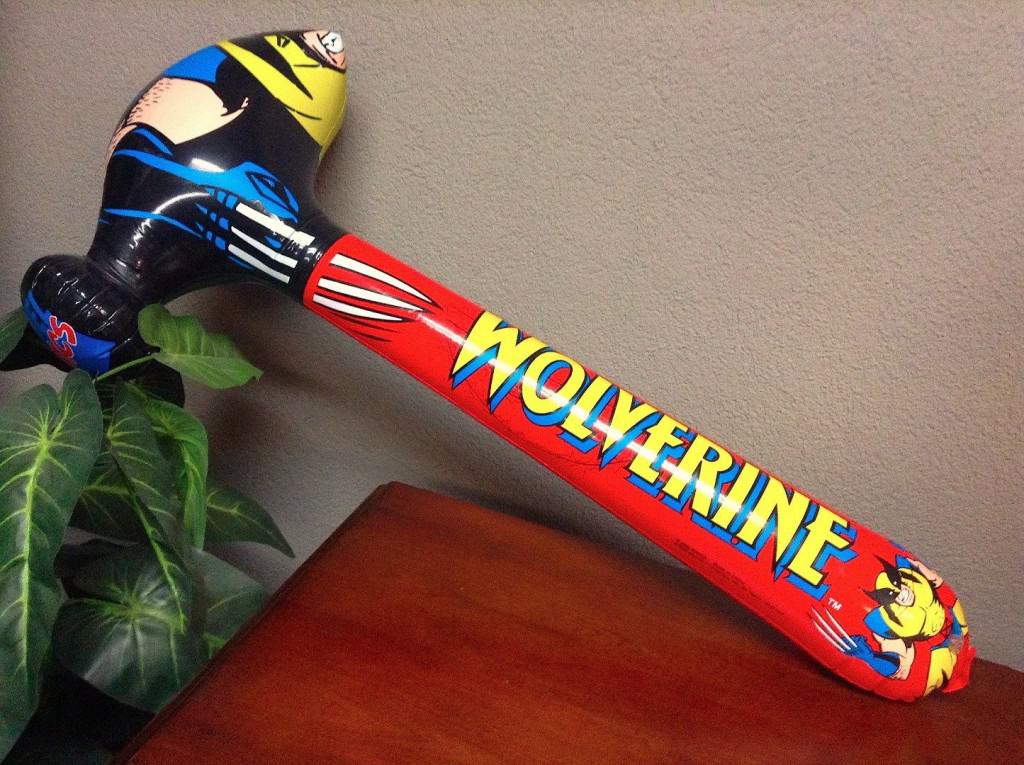 The Wolverine Squeak Hammer looks so ordinary some people may not even notice where the inflate nozzle sits. This one could have been placed anywhere but between Wolverine’s crotch. 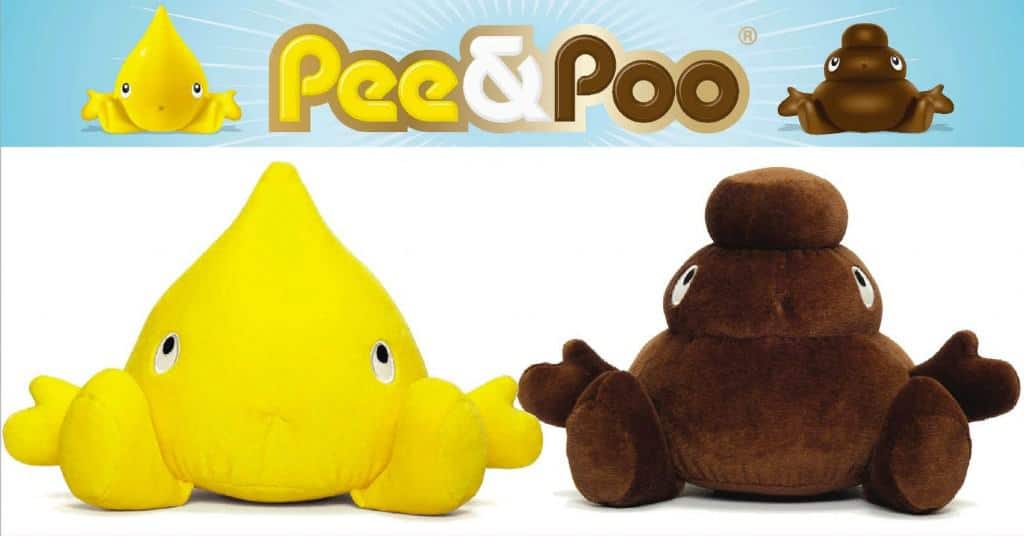 Very young kids need toilet training, sure, but what would they do with pee and poop dolls? Wouldn’t it look really nasty to see your kids talking, hugging, or even kissing them? 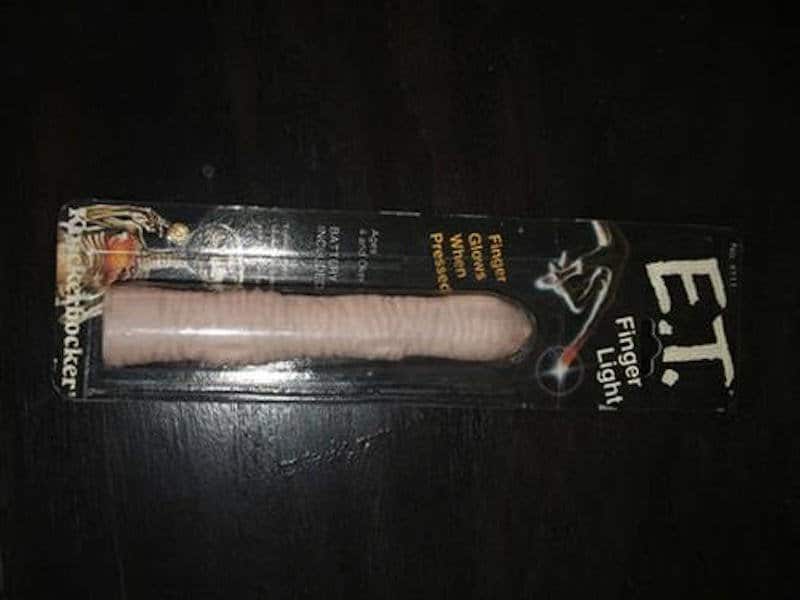 Kids and avid fans of E.T. can ignore the weird shape of E.T.’s finger but mindful individuals have one thing on their mind the moment they see it. Oh, it lights up too! 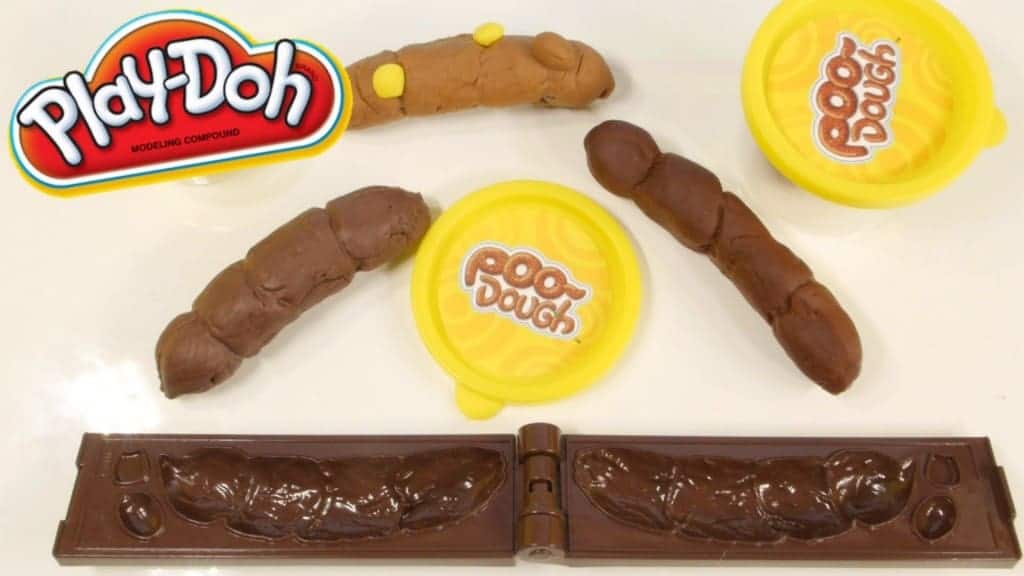 For those with penchant for donuts, a donut making set would be fantastic. But a poop donut maker is a different story. These people would probably see donut in a different light after playing the Poo Dough toy. 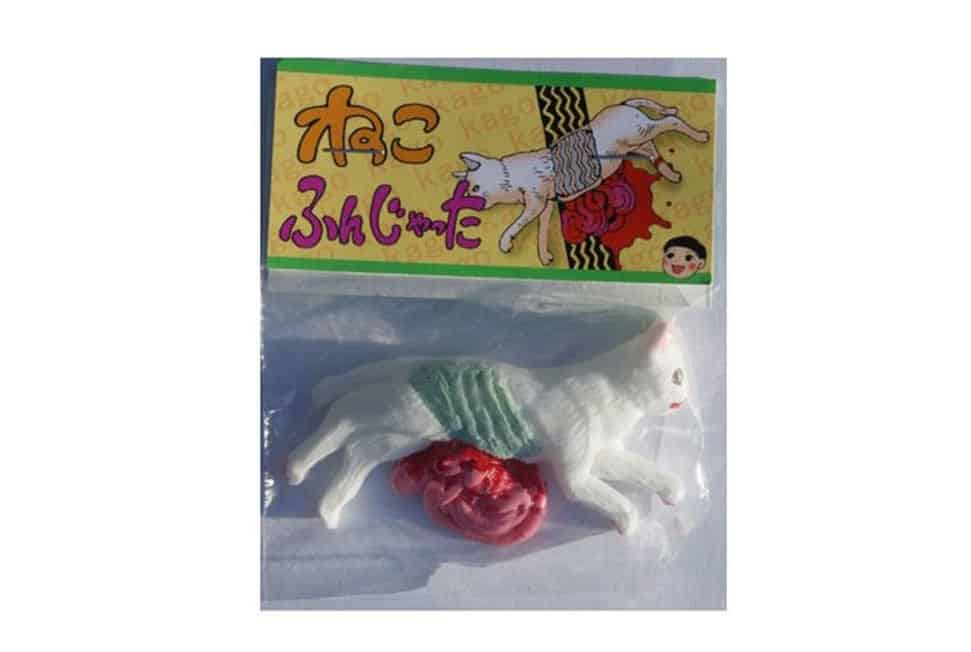 We’re not too sure what interest a child would have in playing with a toy cat with its innards spilled out, but it really doesn’t seem fitting. 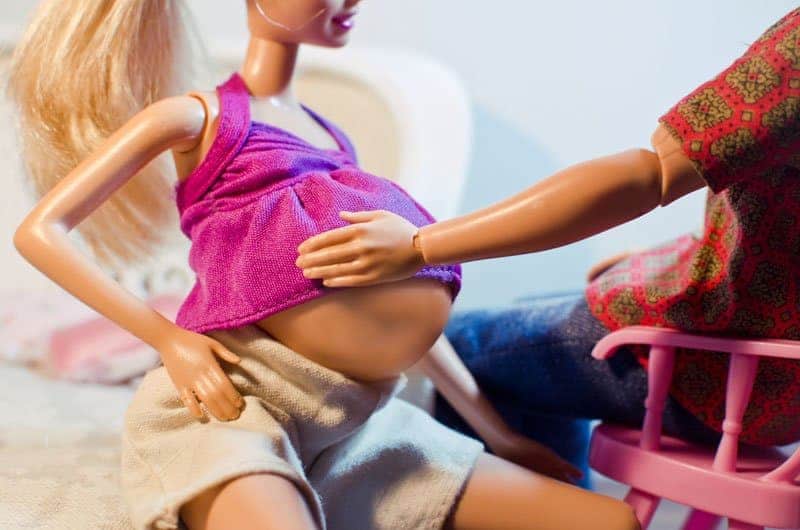 Mattel released a pregnant Barbie toy, probably because they are trying to emphasize more her femininity, as if the makeup, high heels, and fabulous clothes are not yet enough. The pregnant Barbie, dubbed as Childbirth Barbie, comes with a detachable stomach. On labor day (depending on when you want her deliver), you simply detach the magnetic belly and a tiny newborn doll pops out.

At first glance, you’d think it’s simply a replica of the famous Harry Potter thingamajig and it is, but with a fancy addition. It vibrates. This battery operated toy vibrates with a push of a button while your innocent child rides it. However, if you notice your kid doesn’t want to stop playing it, or playing with it mostly when no one’s around, you should definitely worry. 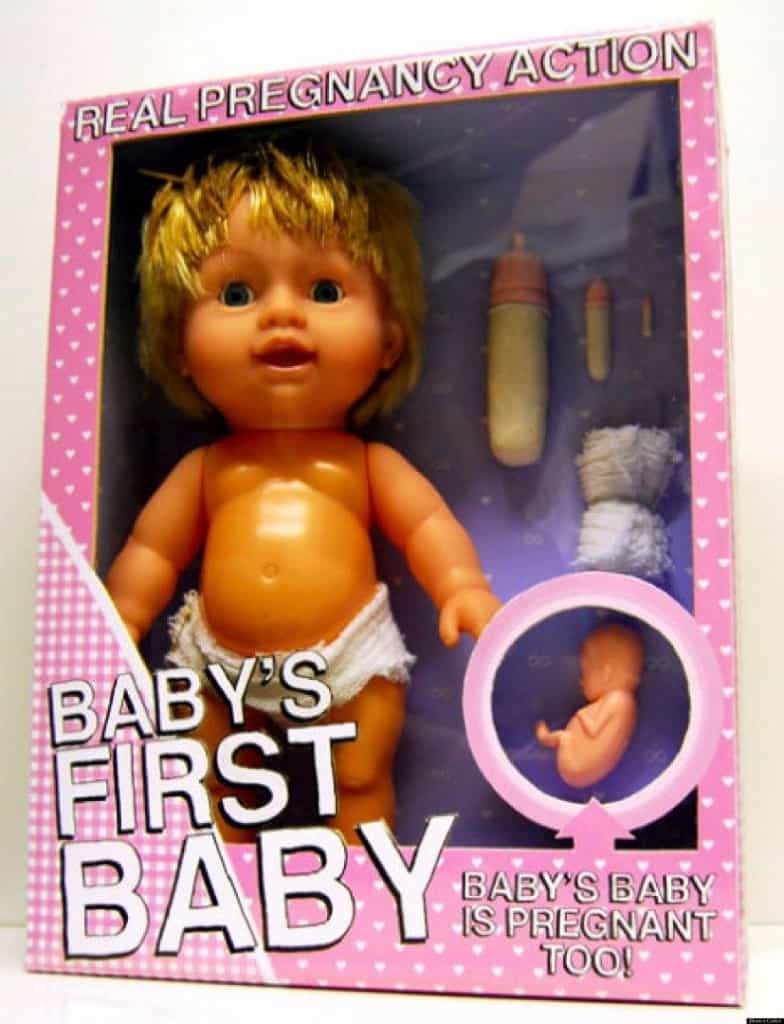 Hopefully, the person who created this toy is in an asylum. Because, who would make a baby doll toy that gets pregnant at all, let alone with optional twins, complete with stretch-marks. Everything about this toy is wrong. Very wrong. 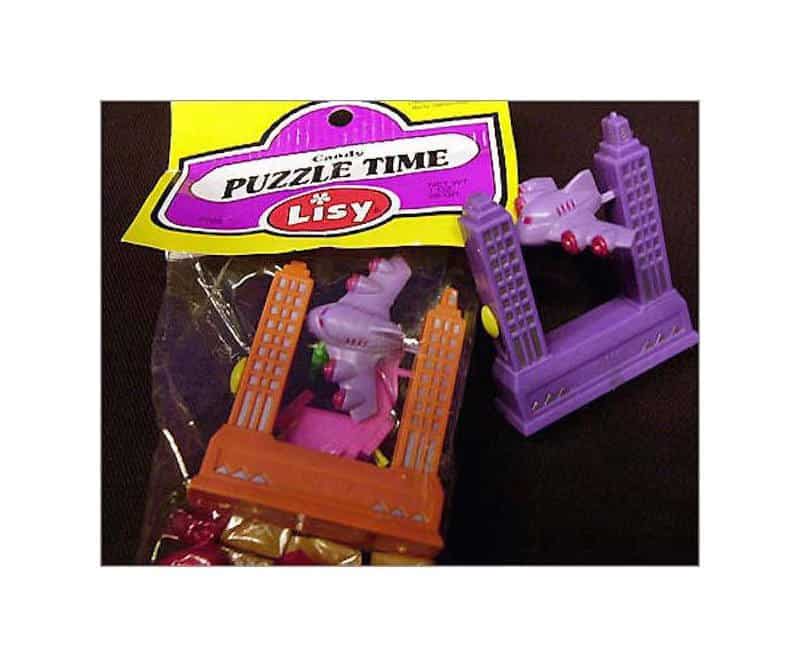 The World Trade Center toy, which was a used as an additional goodie in a bag of candy, came out in 2004. The company claimed they ordered a huge number of such toys but did not know what it was until customers complained. The candies with the toy in it were immediately removed from the shelves.

You Can Shave The Baby 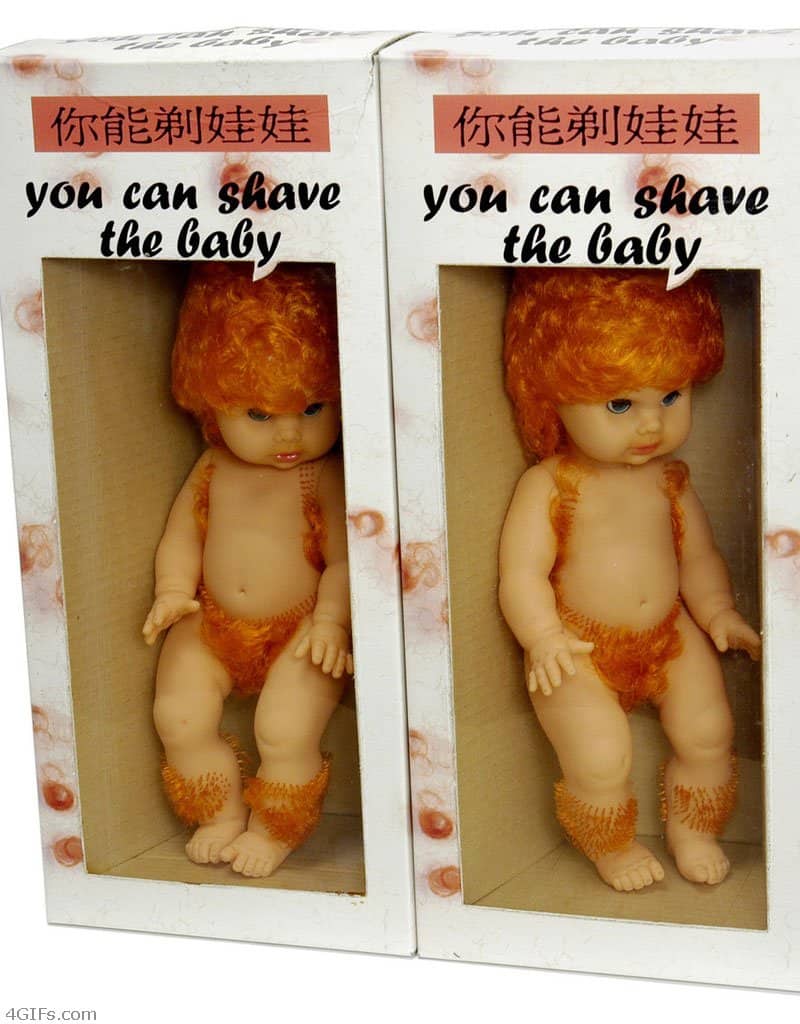 They are toys and it can be anything it wants. But a baby with significant hair growth around the body including the genital area, which your kids can shave may be funny but so inappropriate. 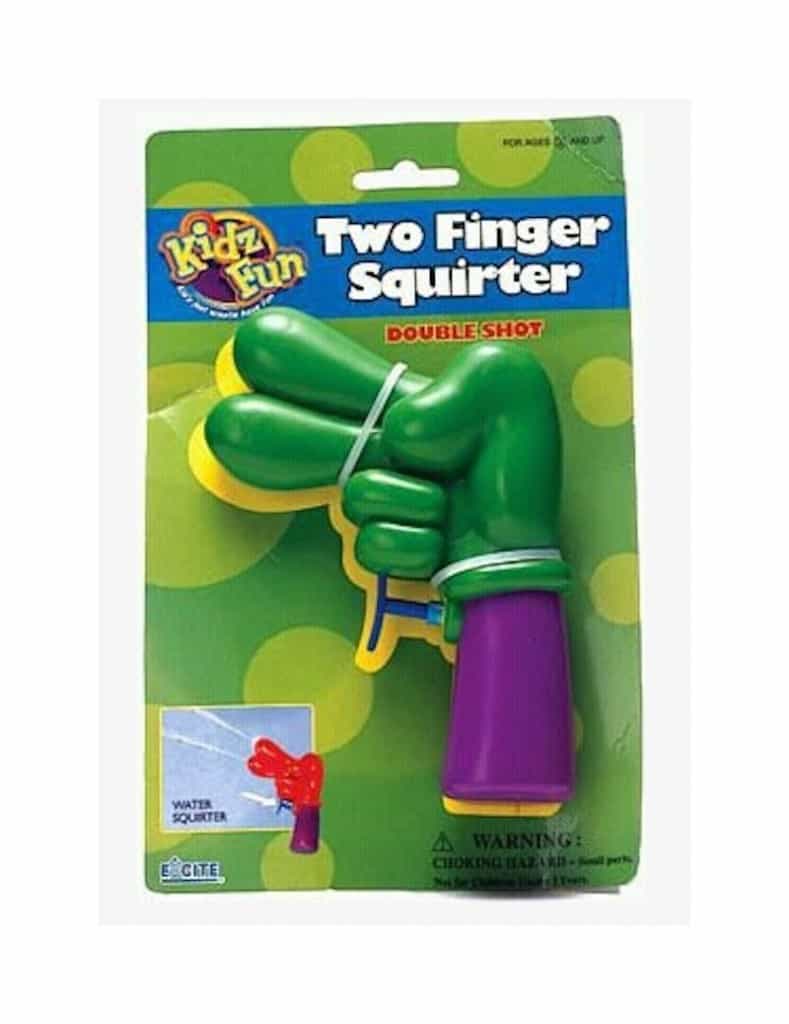 It’s a toy gun in the form of two fingers joined together that squirts water when triggered. To a child it looks fun but those who understand everything that is wrong about it, it’s very inappropriate. 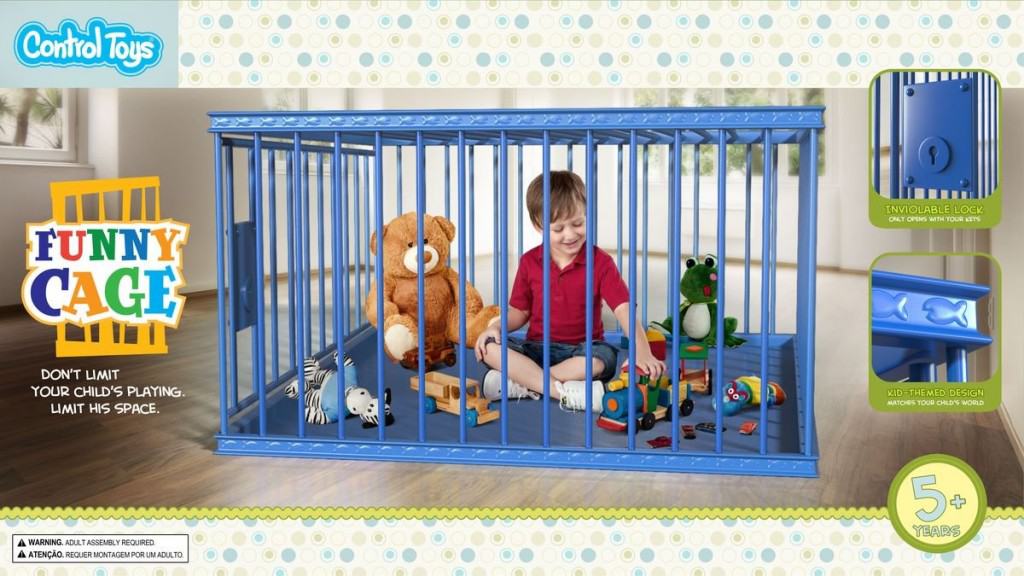 This toy cage is bundled with a straitjacket and was supposed to be a humorous interpretation of nannies babysitting unruly kids. If you want to awaken your child about the cruelty of some human beings at an early age, this is it!