20 Popular Movies You Didn’t Know Were Based On Books

Every now and then, Hollywood likes to take extremely popular literary work and turn them into cinema masterpieces. Those films then become so popular that people tend to forget where they originated. Sometimes, the books are better than the actual movies. We already know that popular films such as ‘The Notebook’, ‘Harry Potter’ and ‘Twilight’ were based on popular, best selling novels. Let’s take a look at some other popular box office hits that you probably didn’t know were based on books. 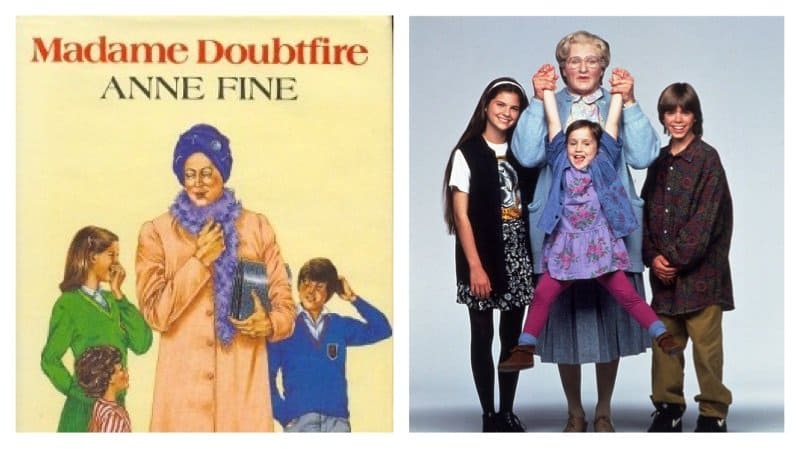 The funny family film, ‘Mrs. Doubtfire’, which starred the late Robin Williams was based on a book entitled ‘Madame Doubtfire’. Anne Fine penned the novel back in 1987. 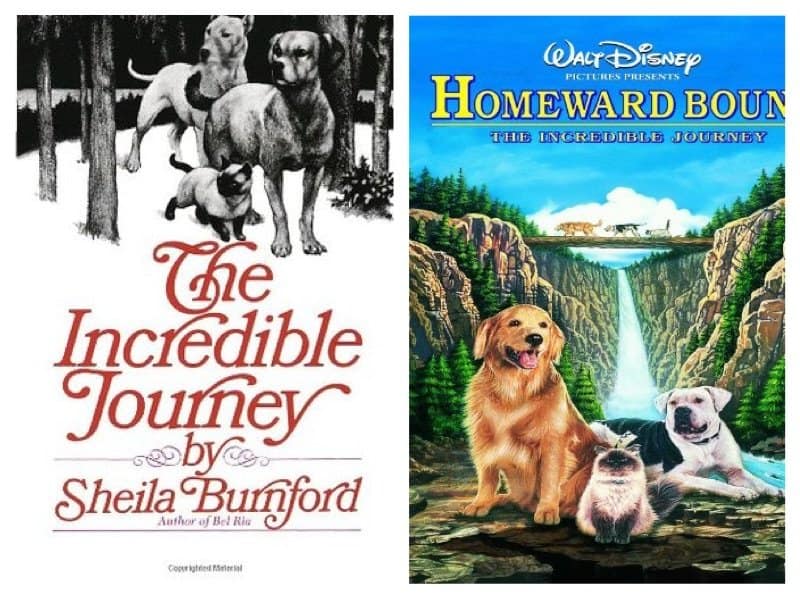 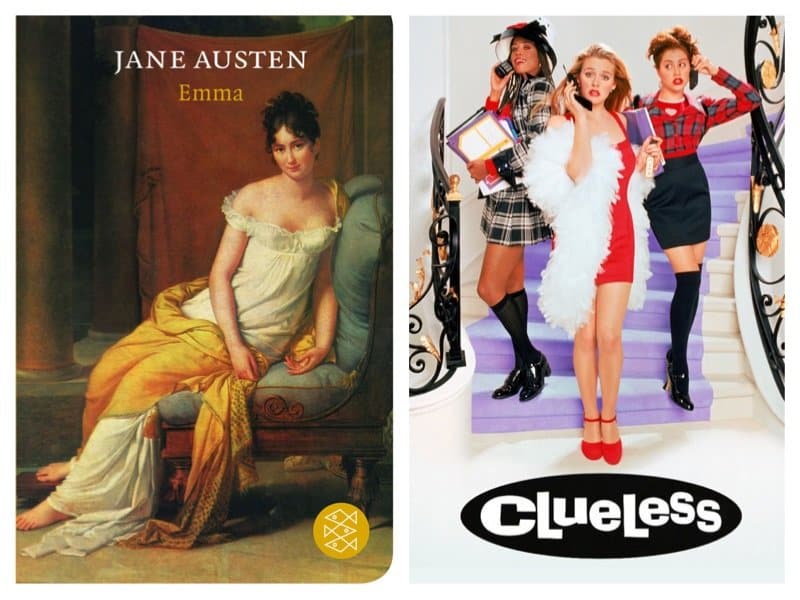 Before becoming a popular sitcom on UPN, ‘Clueless’ was a popular film in the early 90’s. The film’s main character Cher, was loosely based on Emma Woodhouse from Jane Austen’s 1815 novel, ‘Emma’. 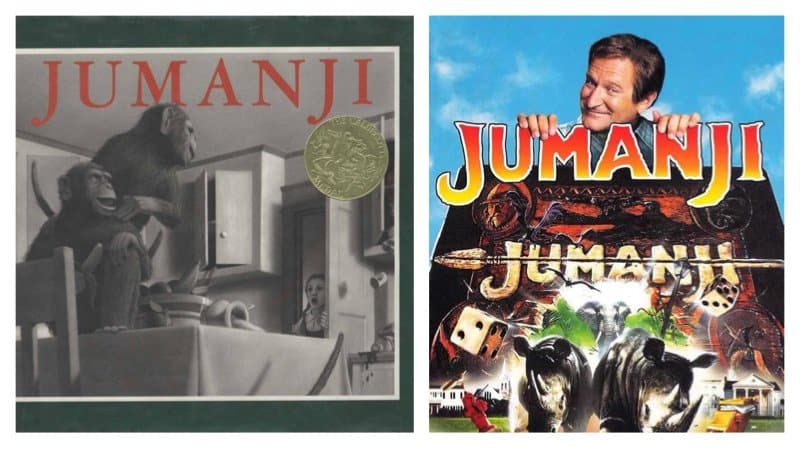 Everyone loved watching the board game come to live in ‘Jumanji’. The 1995 film was an adaption of Chris Van Allsburg’s 1981 book of the same name.

Zenon: Girl Of The 21st Century 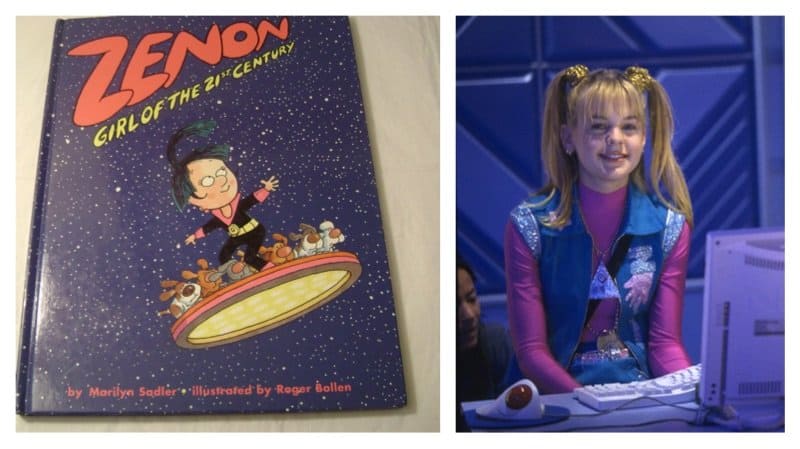 Disney’s ‘Zeno: Girl Of The 21st Century’ made everyone wish they lived in outer space. The popular film was based on the 1996 children’s book of the same name. 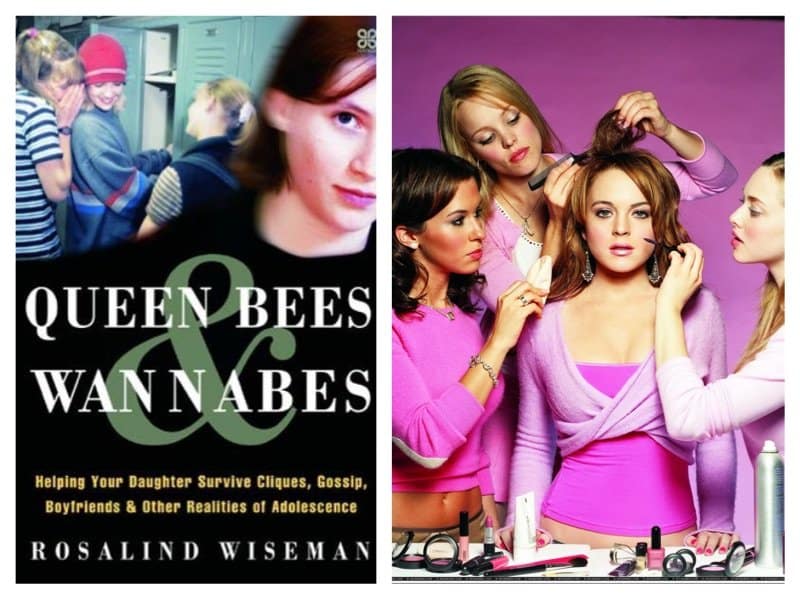 ‘Mean Girls’ was able to garner a large cult following after its release in 2004. The popular film was based on Rosalind Wiseman’s 2002 self-help book, ‘Queen Bees and Wannabes’. 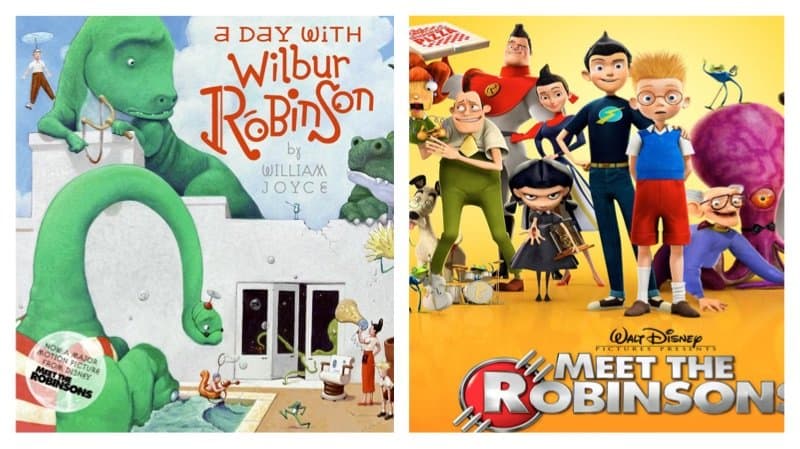 Disney’s ‘Meet The Robinsons’ was based on the 1990’s children’s book, ‘A Day with Wilbur Robinson’ written by William Joyce. 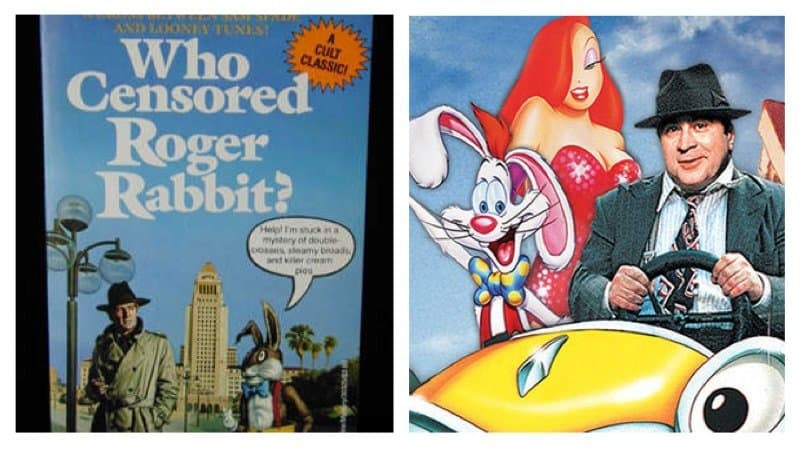 He’s Just Not That Into You 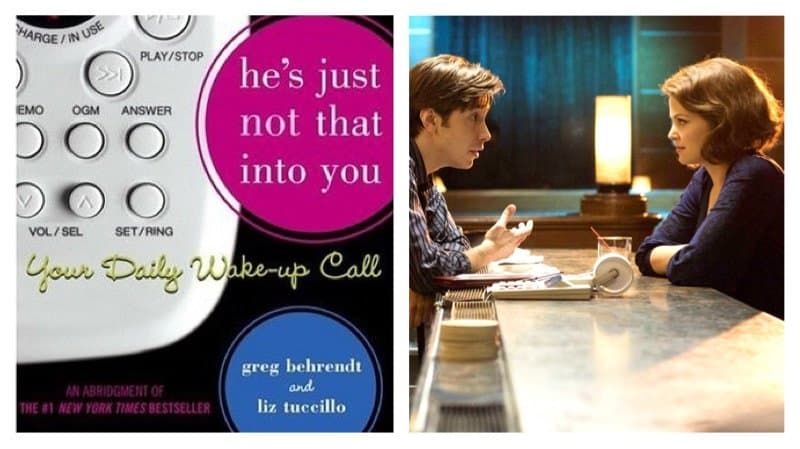 This romantic comedy tried to teach us about love and the quirks of relationships. ‘He’s Just Not That Into You’ was based on the self-help book of the same name. 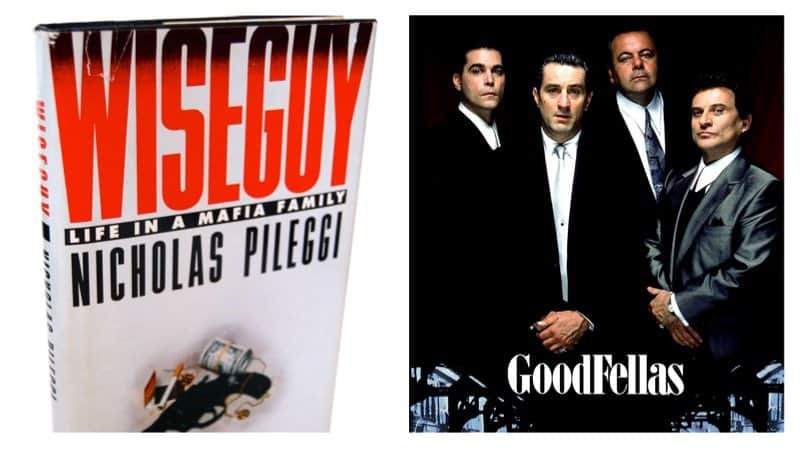 ‘Goodfellas’ was released in 1990 and instantly became a cult film. The crime movie was an adaption of the 1986 book ‘Wiseguy’. 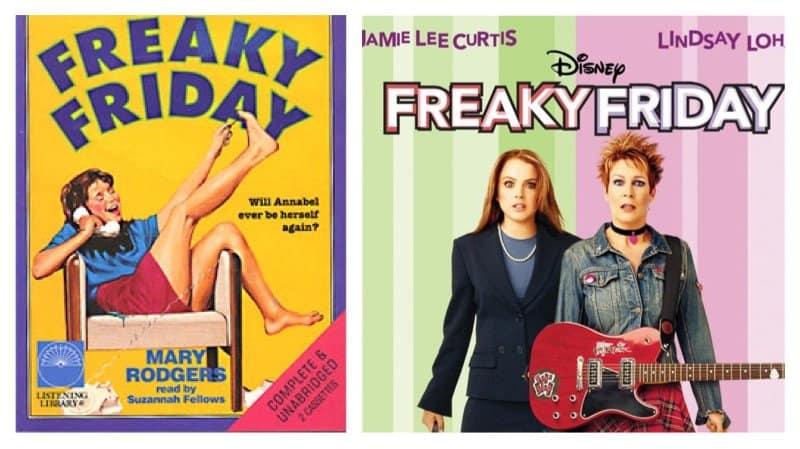 ‘Freaky Friday’ was based on a 1972 children’s novel written by Mary Rodgers. The novel has spawned three film versions.

Father Of The Bride 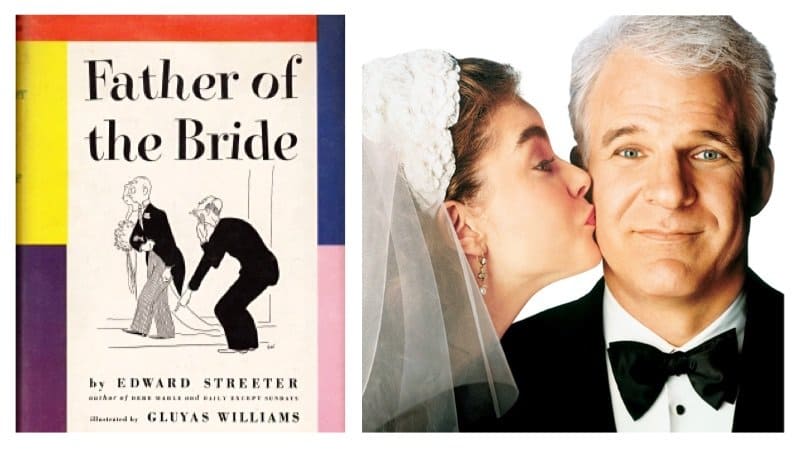 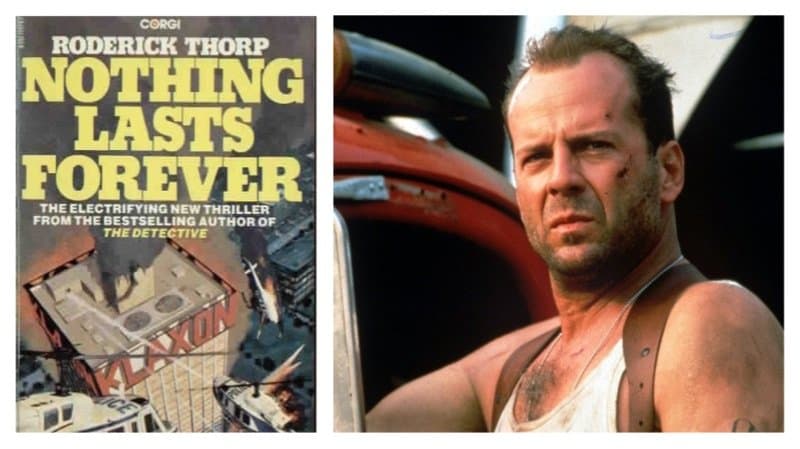 We all loved watching Bruce Willis in the ‘Die Hard’ films. They were adaptions of the 1979 best-selling book ‘Nothing Lasts Forever’ by Roderick Thorp. 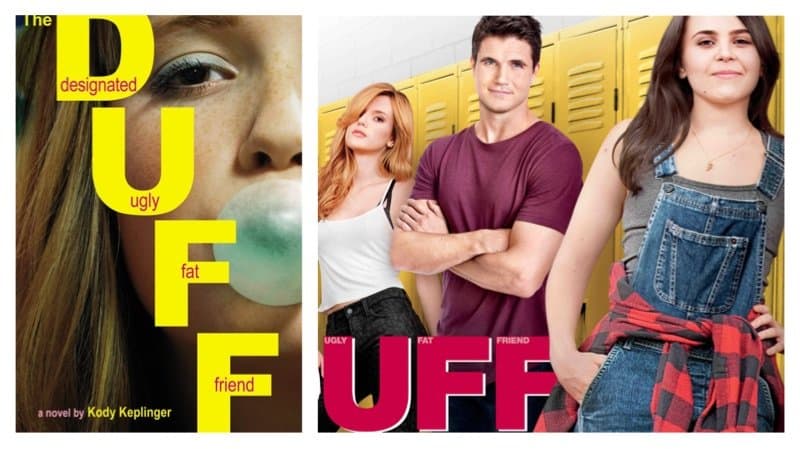 Before becoming a film about ‘the designated ugly, fat friend’, ‘The Duff’ was a book. It was written by a then 17-year-old Kody Keplinger. 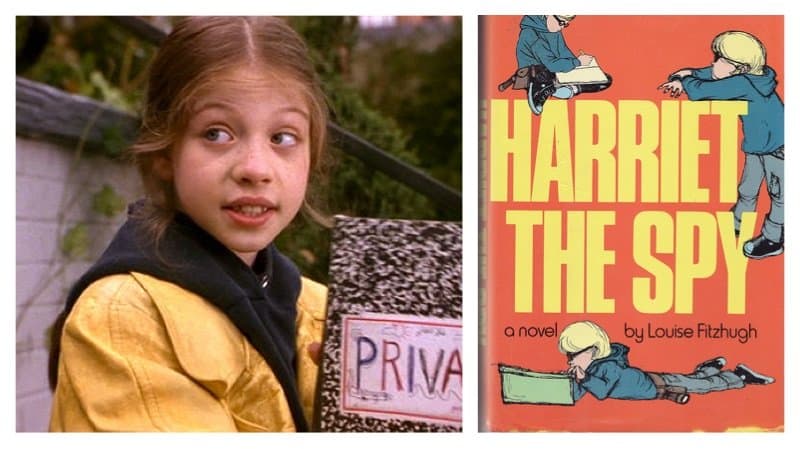 Michelle Trachtenberg made her acting debut in the 1996 film ‘Harriet The Spy’ based on the 1964 novel of the same name. 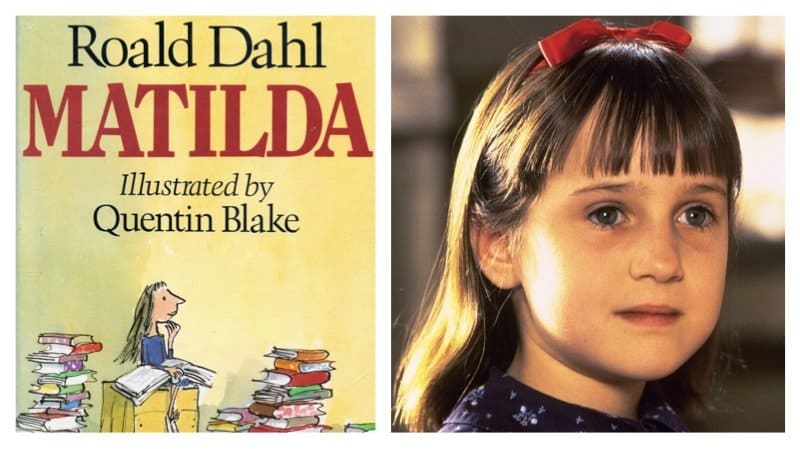 You probably grew up rooting for Matilda in the 1996 film. It was based on the 1988 novel by Roald Dahl. 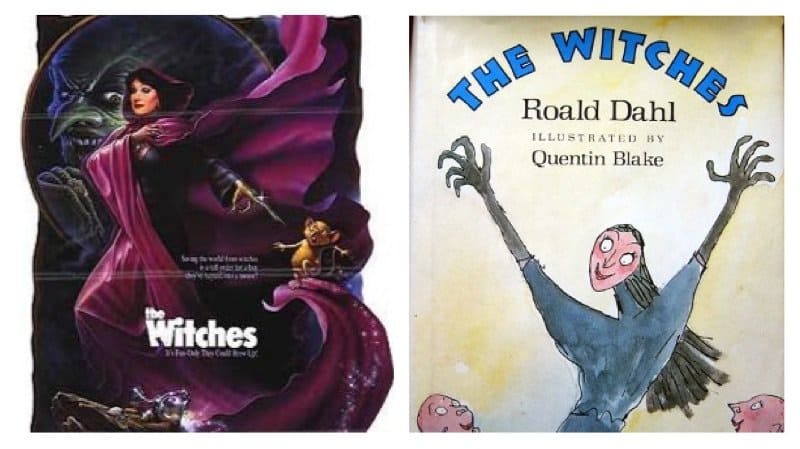 ‘The Witches’ was a creepy yet interesting film from the beginning of the 90’s. The movie was based on the book written by Matilda’s author, Roald Dahl. 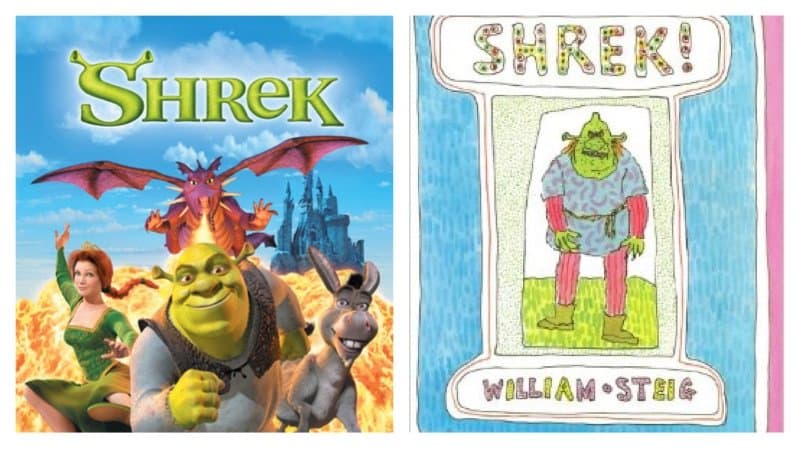 Before becoming everyone’s favorite heroic ogre, the film Shrek got his start in the 1990 children’s book by William Steig. 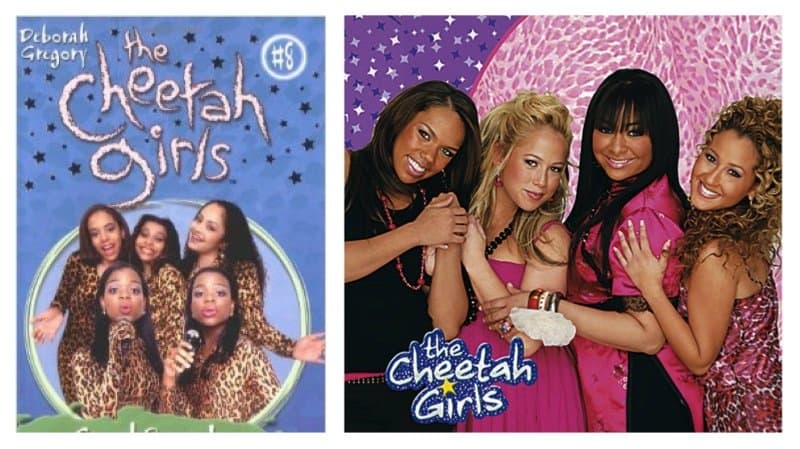 2003’s ‘The Cheetah Girls’ paved the way for Disney musical films. The popular movies were based on the novel series written by Deborah Gregory. 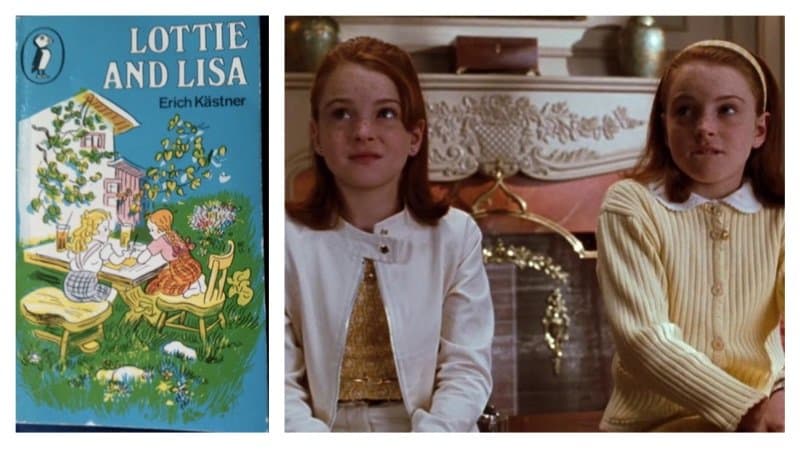 Depending on what era you grew up in, you’ve probably seen both versions of ‘The Parent Trap’ movies. The family friendly movie was based on Erich Kästner’s 1949 novel, ‘Lottie and Lisa’.