20 Of The Best Times Students Were Smarter Than Their Tests

Everybody has had those moments in school when you can do nothing but stare at test questions as though it has been written in another language. For foreign language classes, that usually is the case, but the point is that we have all been left with nothing but emptiness in our heads over a subject we are supposed to understand by the time the test rolls around. These are some hilarious examples of students who actually took these moments to outsmart their teachers. Were the attempts appreciated and rewarded? Probably not. But the witty humor remains for all of us to look at and wish that we had been clever enough to use the ideas. 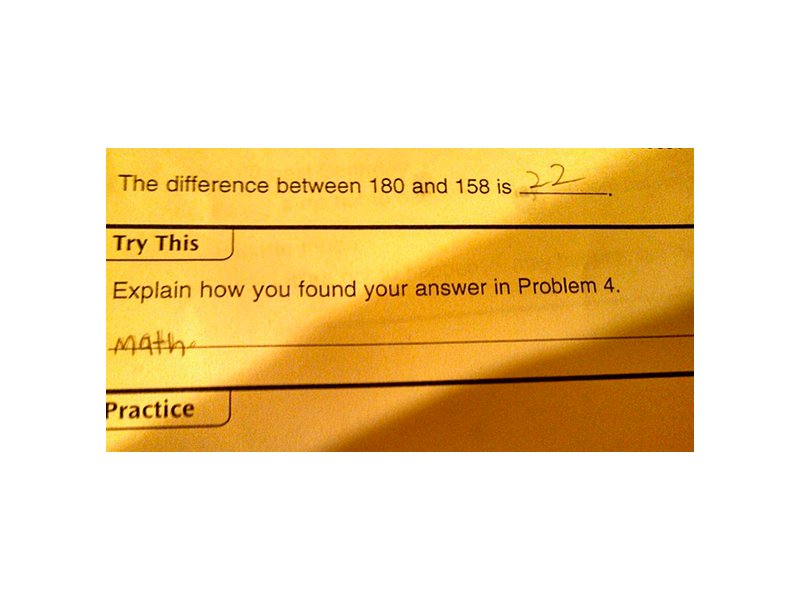 What better answer is there? When it comes to math, all that really matters is that you get a number at the end, right? 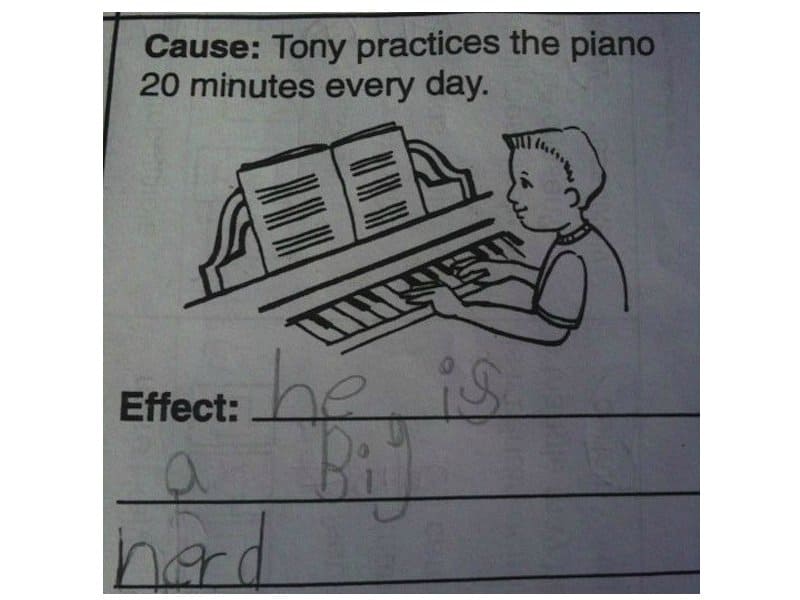 Obviously, this kid doesn’t think much of the whole “practice makes perfect” thing. 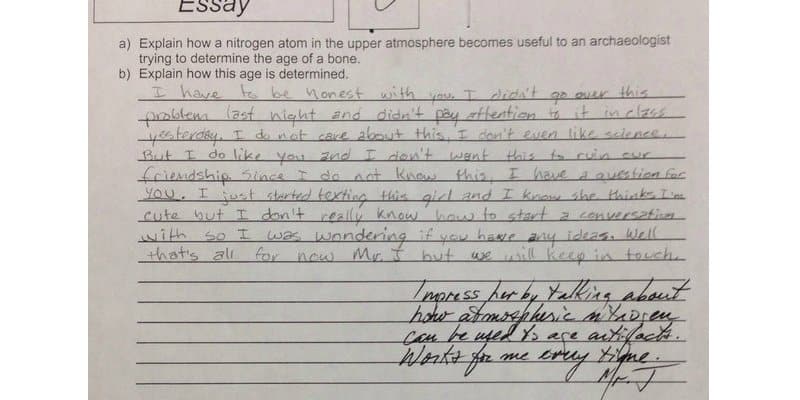 Perhaps the most complex answer possible to a question that the kid obviously had no idea about. The teacher almost bought it, too. 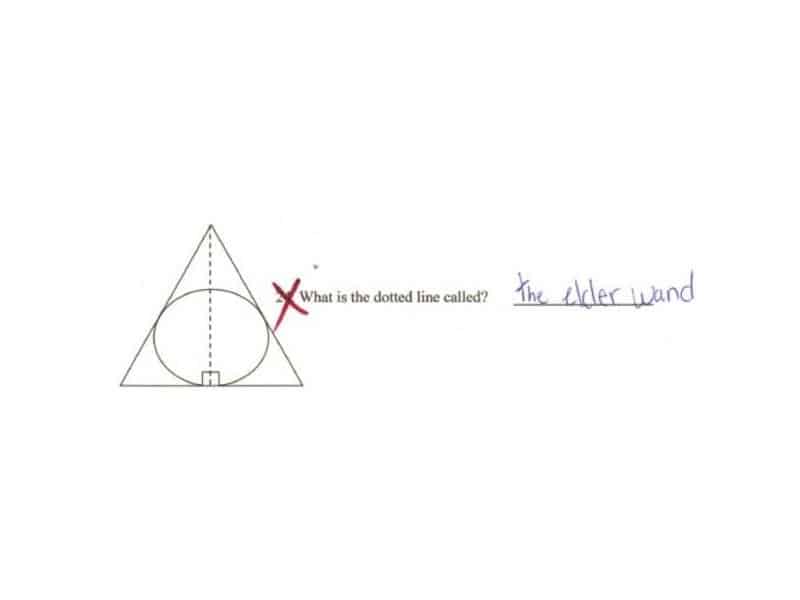 Obviously this individual should drop math and pick up a literature class. 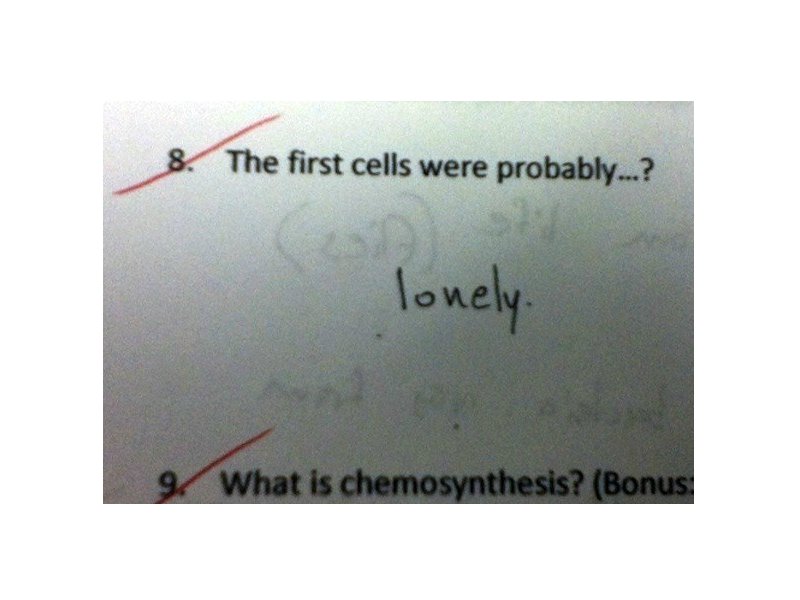 Science? Maybe not this kid’s best subject. Perhaps they should go for degree in Psych and help real people with real loneliness problems. 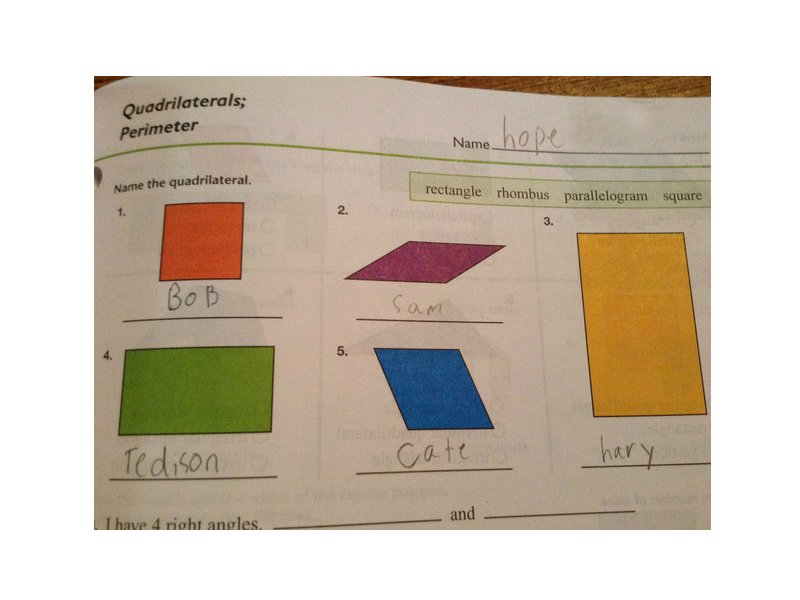 Maybe the person from the last picture can help Hope out. Obvious she needs some better company if all she has to turn to are shapes in a workbook. 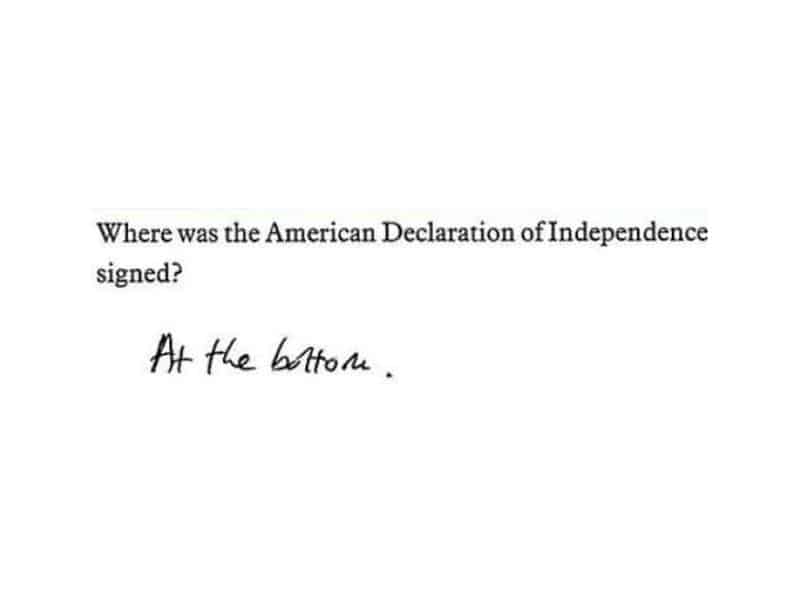 We find this to be a perfectly acceptable interpretation of the question. 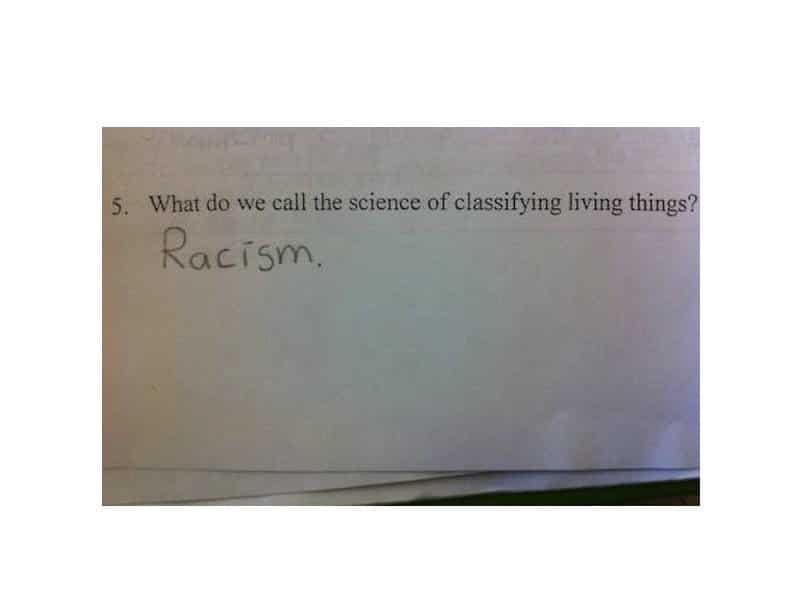 This one is very deep. Obviously the student is trying to broaden our understanding of racism and convict us of how we treat others. Or something like that, at least. 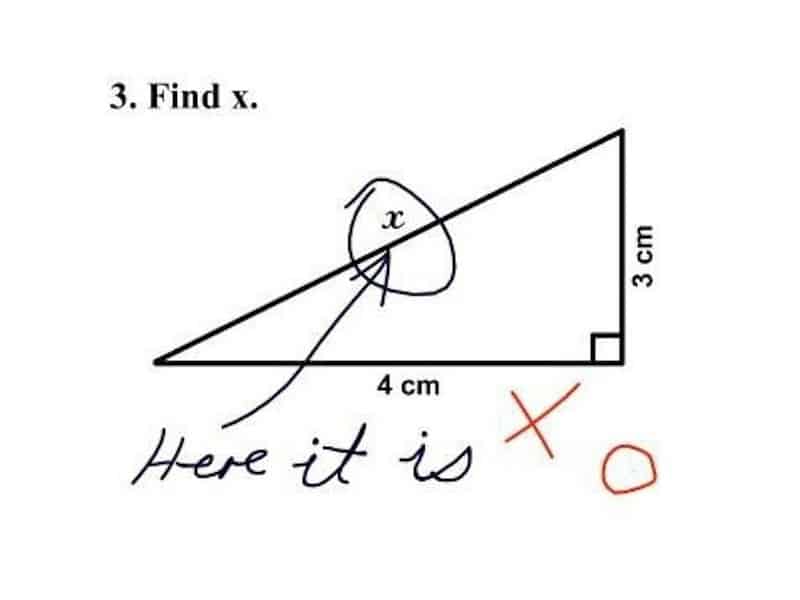 Why use the Pythagorean theorem when you have logic? 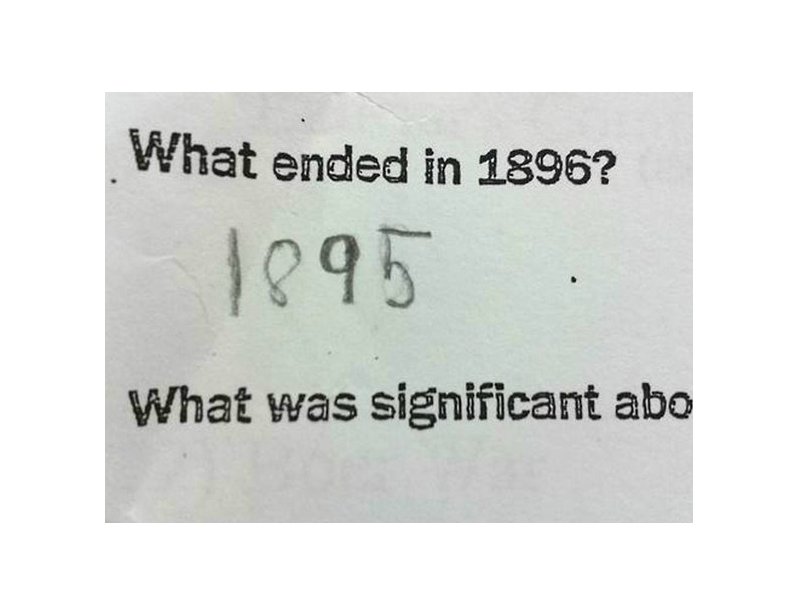 What a broad question, right? This is obviously the most appropriate answer. 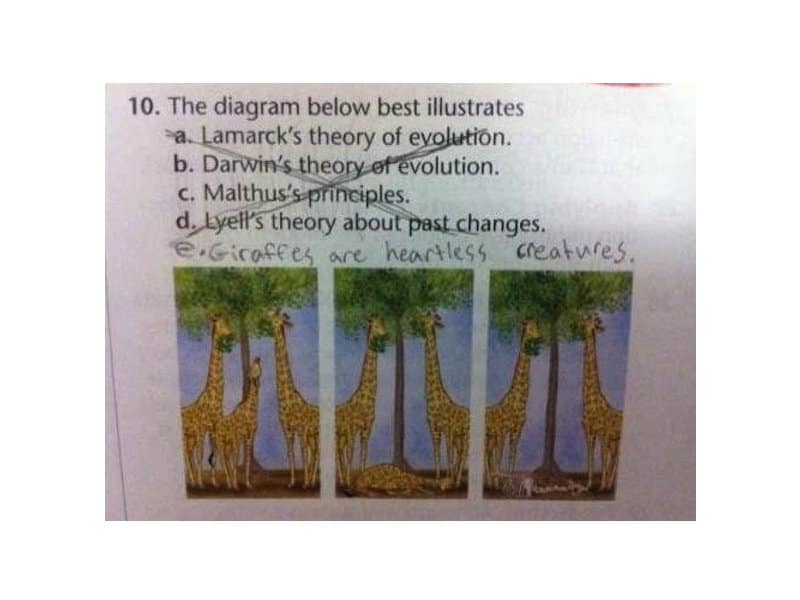 Look at the two taller one take all of the food. They do not even drop a leaf down for their shorter friend. These giraffes are nothing but heartless. 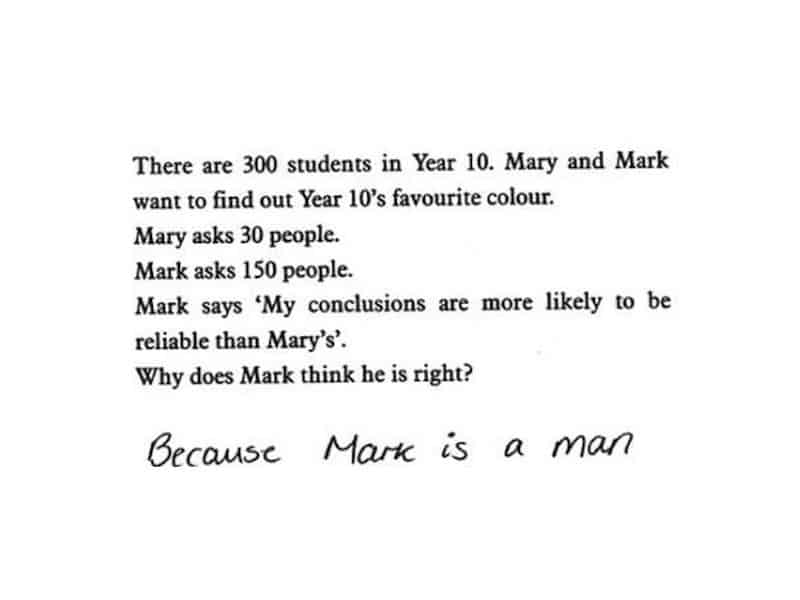 Obviously this young woman has some built up angst about all of the misogyny in the world. You tell ’em, girl. 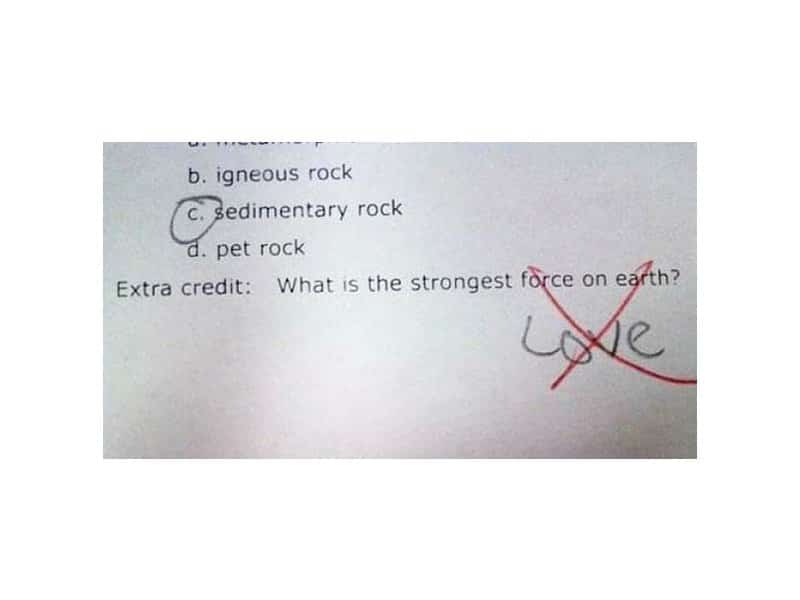 It saved Harry Potter, right? Maybe it can save this person’s science grade. 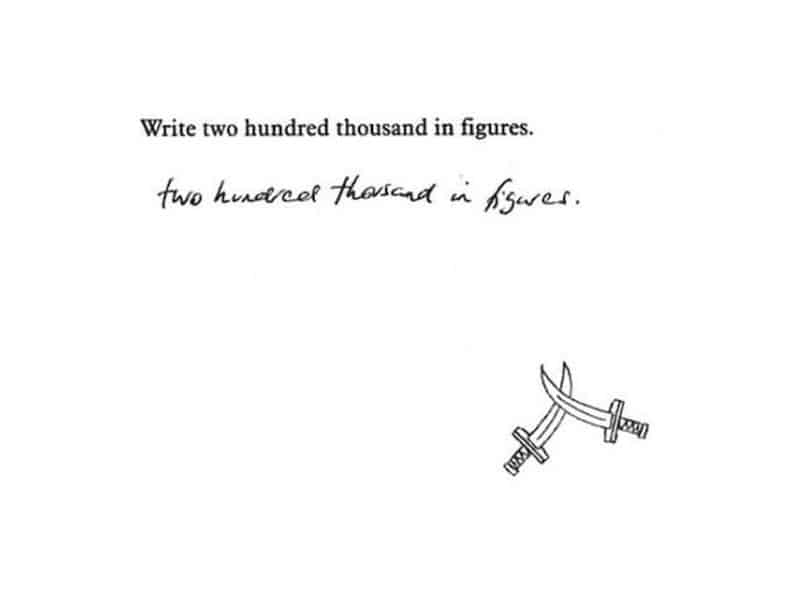 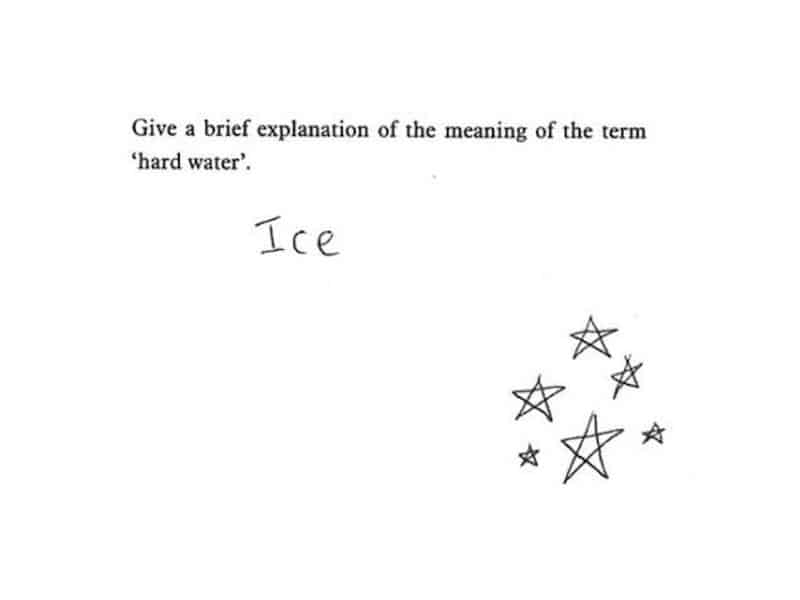 What else could “hard water” be? The doodled stars make it even more convincing. 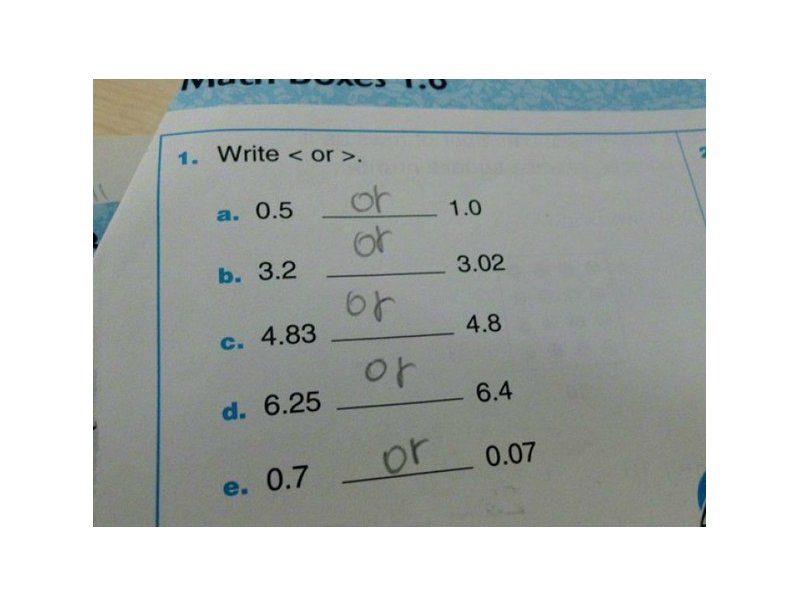 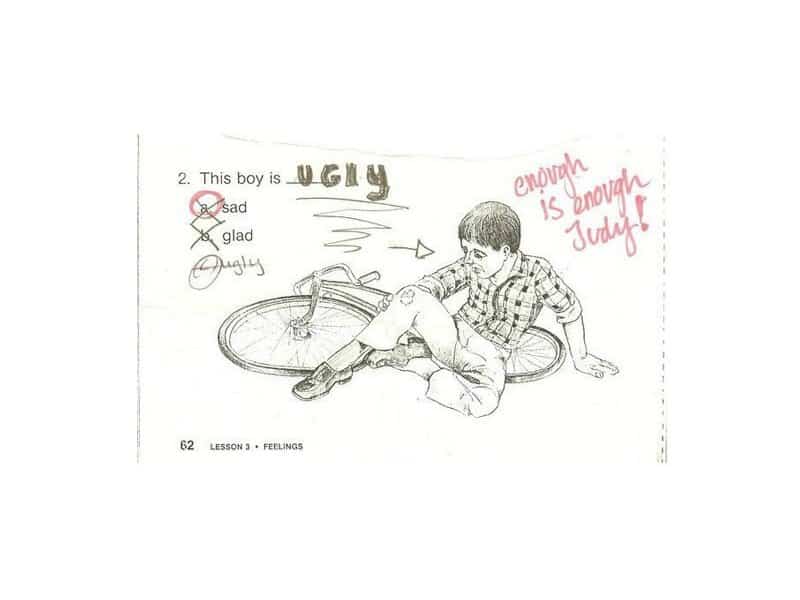 We’re not sure what Judy’s problem is, but she obviously has something against dark-haired males 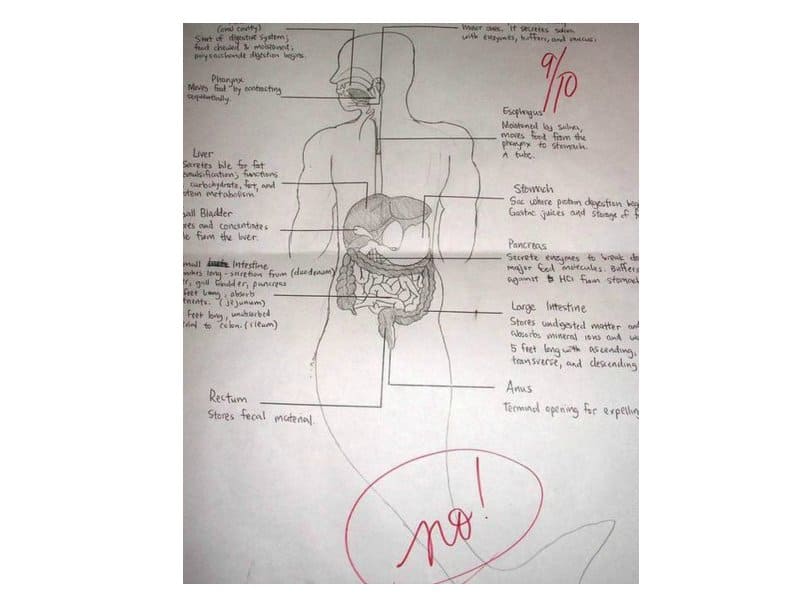 If a mermaid is just a human with fins, of course their internal organs would be the same. We’re not sure what the teacher took an issue with. 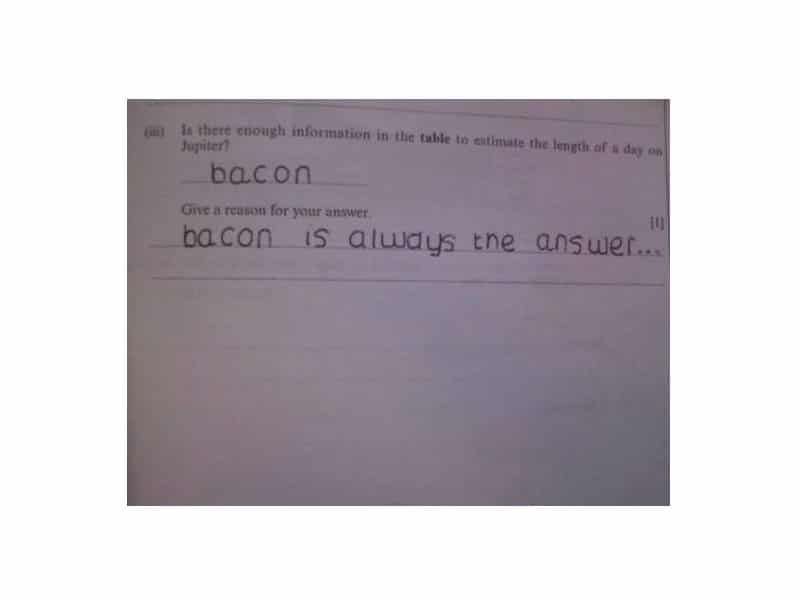 We think this picture speaks for itself. 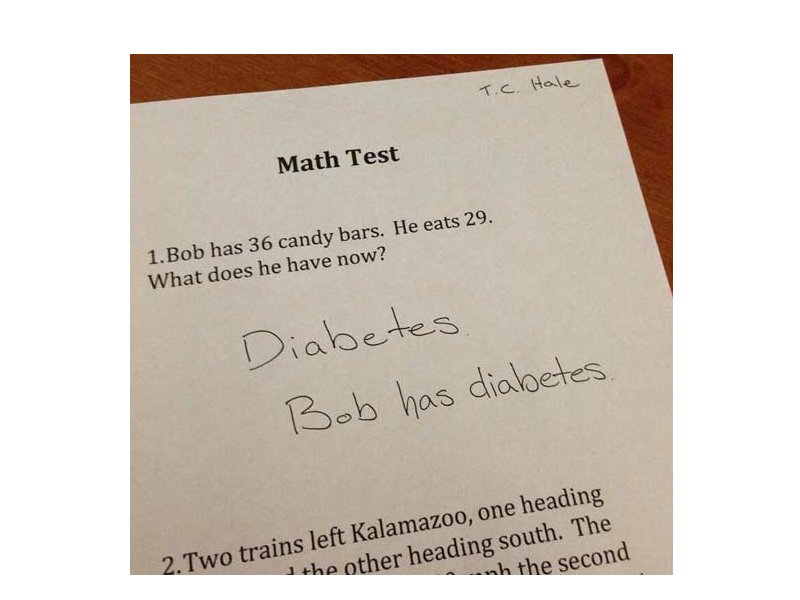 Maybe this person isn’t meant for a career in mathematics, but perhaps would make a great doctor.