Whether talking about some rather tame YouTube videos or some of the craziest we’ve ever seen, sometimes it’s the commenters that really take the cake. You really have to hunt in order to find the best of the best when it comes to finding the best comments on the web. Luckily we’ve found those awesome comments and we’ve brought them to you so you can laugh and laugh and laugh. Check out our list of the 10 of the funniest YouTube comments ever and then left us know which ones you think stand out as the best of the best. Then go out and leave some of your own top of the line comments on a YouTube video.

The Goldfish Never Gave Up 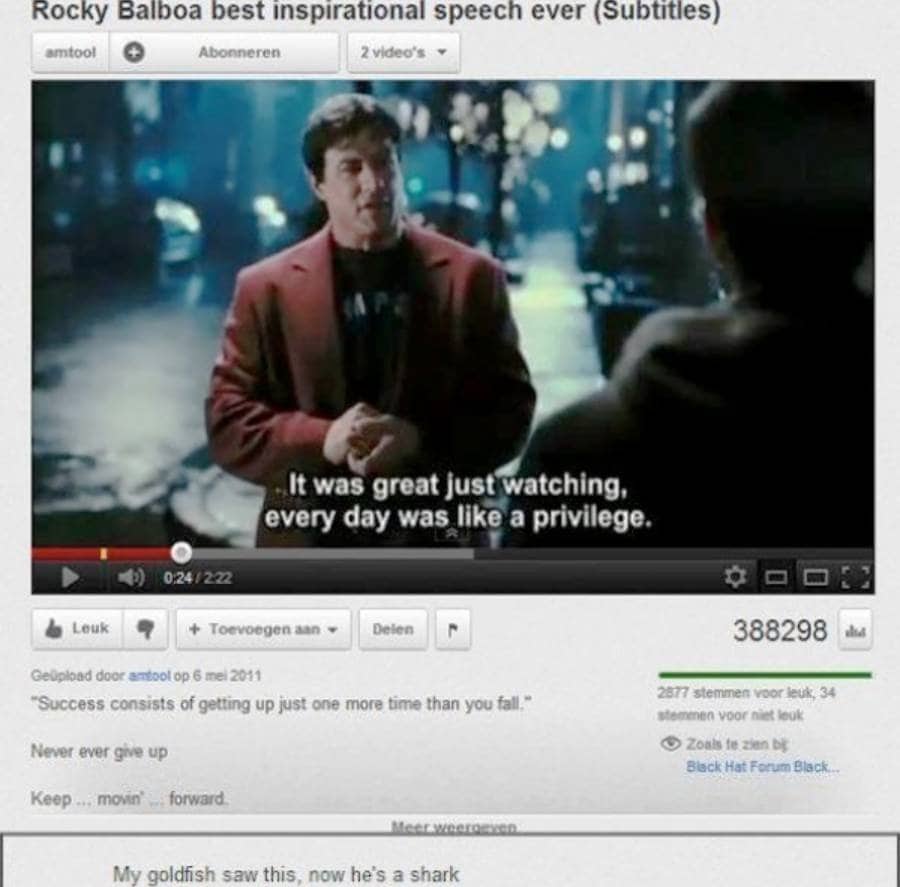 Even the smallest of house pets can feel as though they can be more, and Rocky Balboa can help them achieve their dreams. 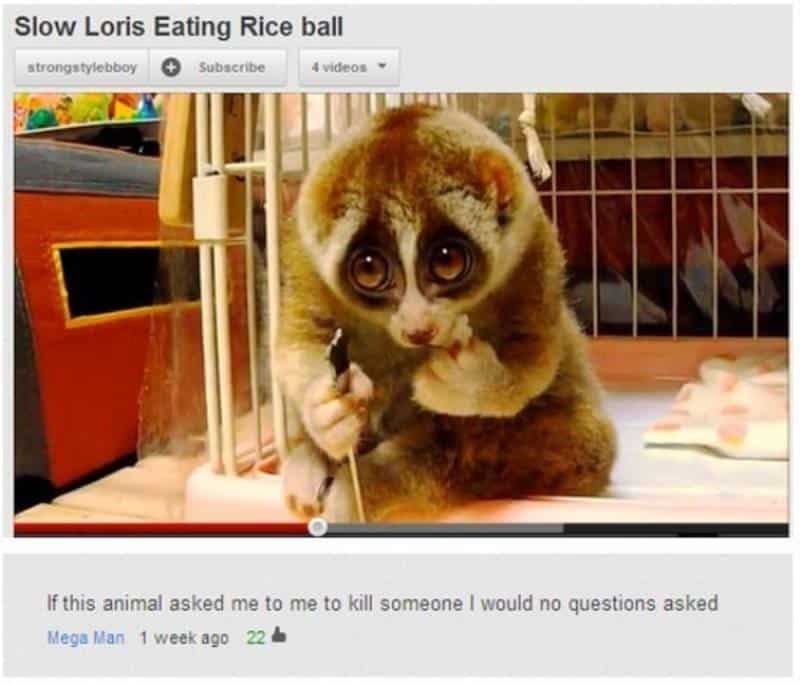 There are puppy dog eyes and then, apparently there are slow loris eyes. That thing is about as cute as anything we’ve ever seen. 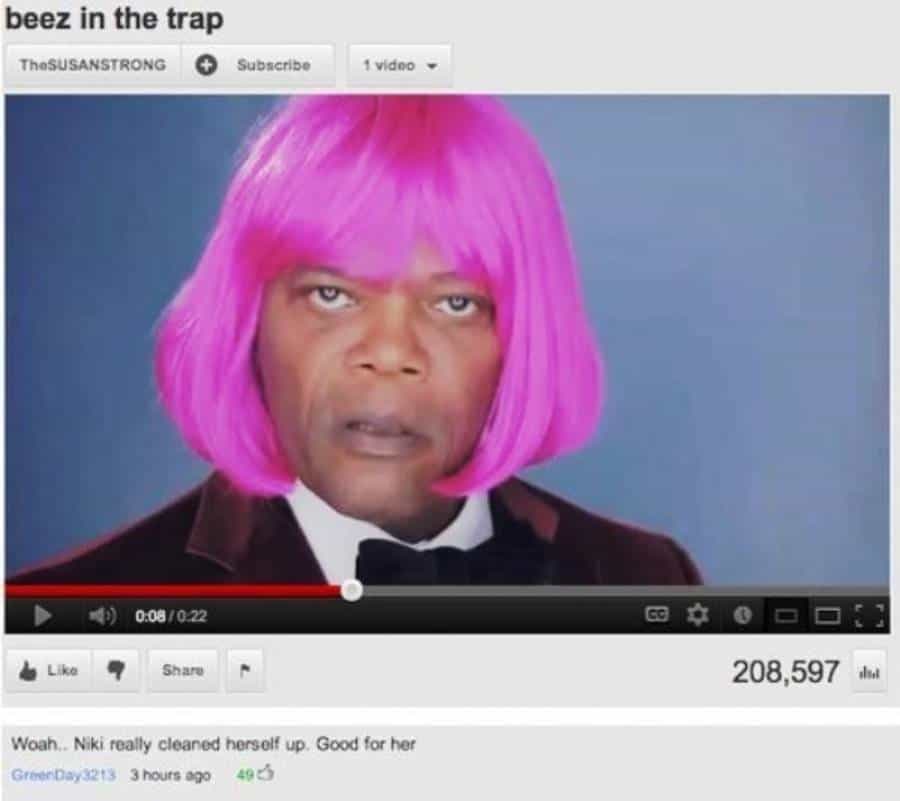 No ladies and gentlemen, that is in fact, not Nicki Minaj.

Sometimes It Pays To Think Before Asking 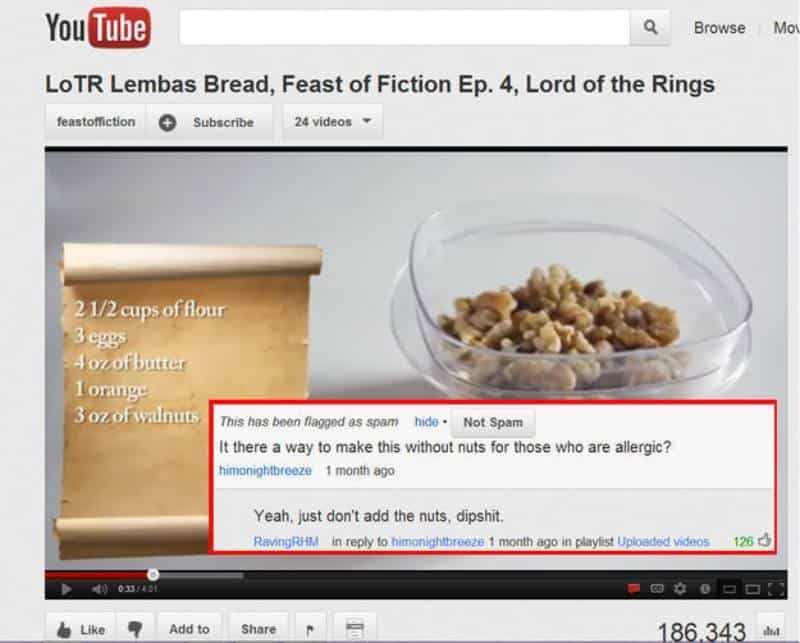 There are times when people ask a question they should know the answer to quite easily. We like when those people get called out.

At Least He’s Honest With Himself 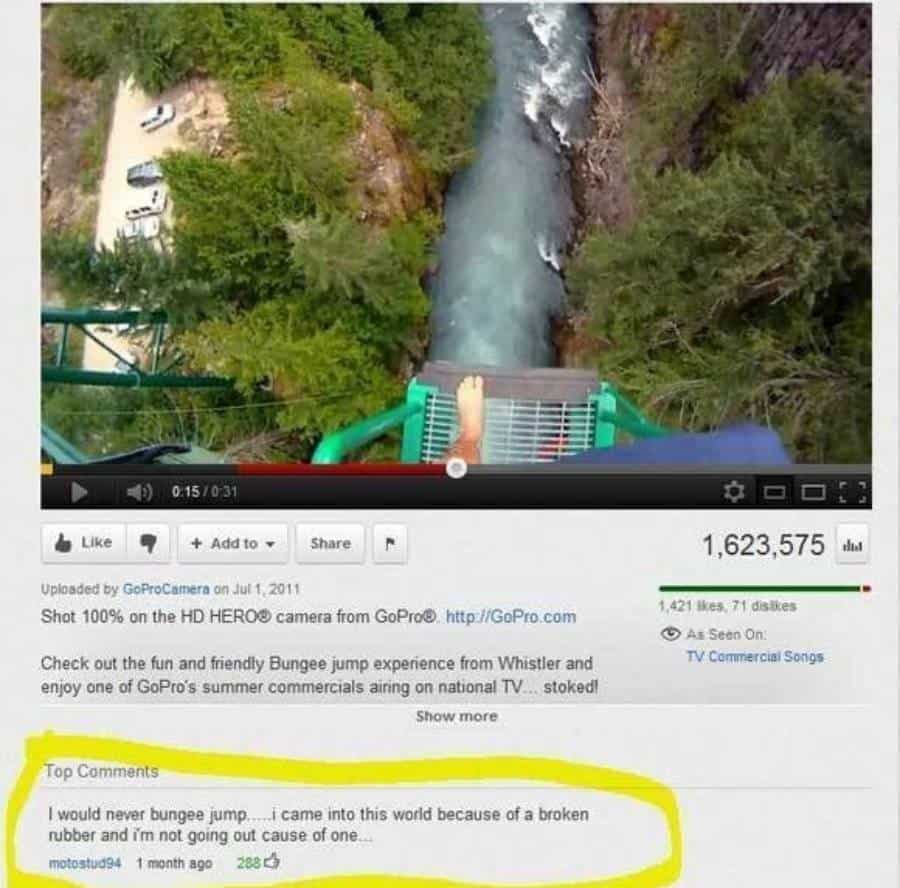 We have to give him props for having the courage to tell everyone he was a mistake. We like the double entendre too.

They’ve Got a Point 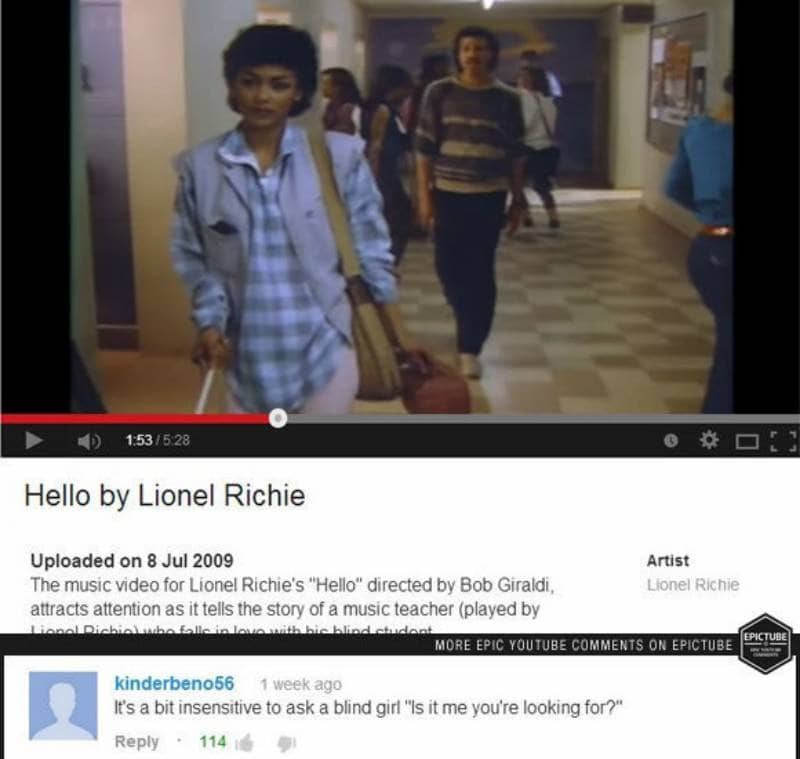 We never really thought about the idea that he’s asking a blind girl what she’s looking for. We wonder why they chose to go with a blind girl in the video?

They’re Tougher Than They Look? 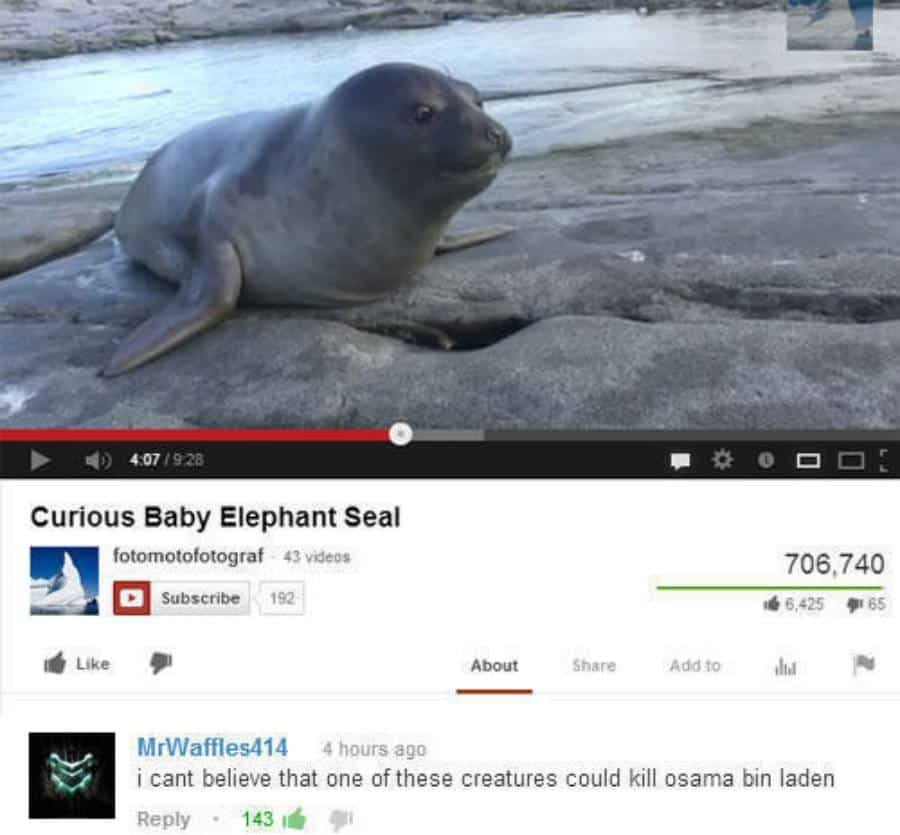 This, of course is not actually the kind of seal that took out Osama Bin Laden. It would be really cool if it had though. 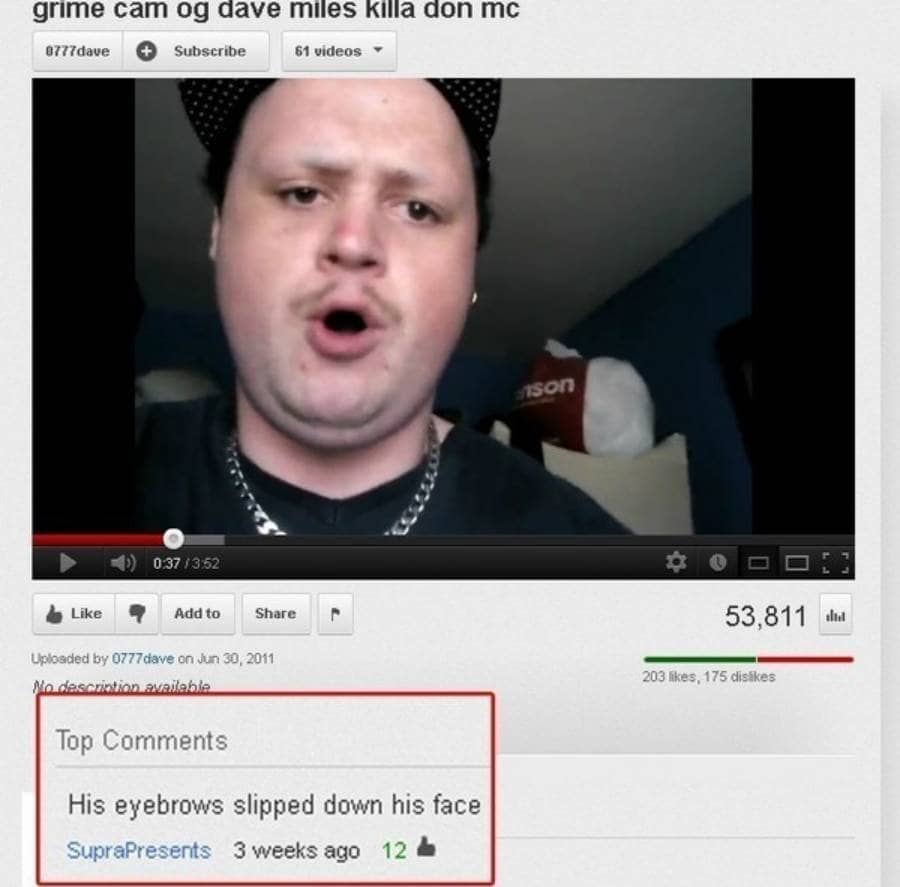 The guys’ eyebrows do seem to be making a trek across his face. We wonder where they’ll go next. 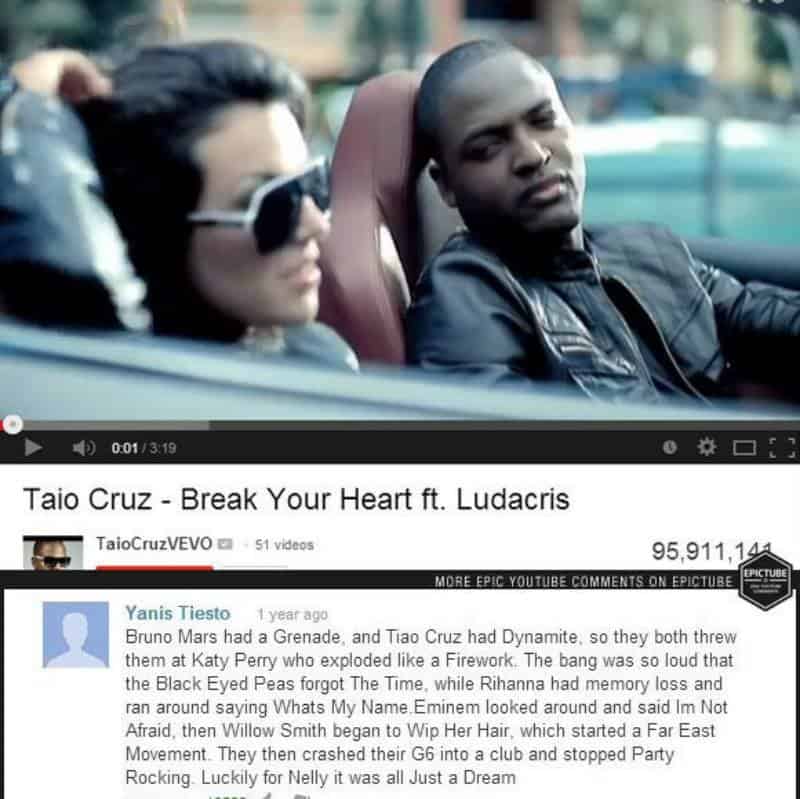 There are few comments that just shut things down, but this is certainly one that takes the cake. How can anyone respond after that? 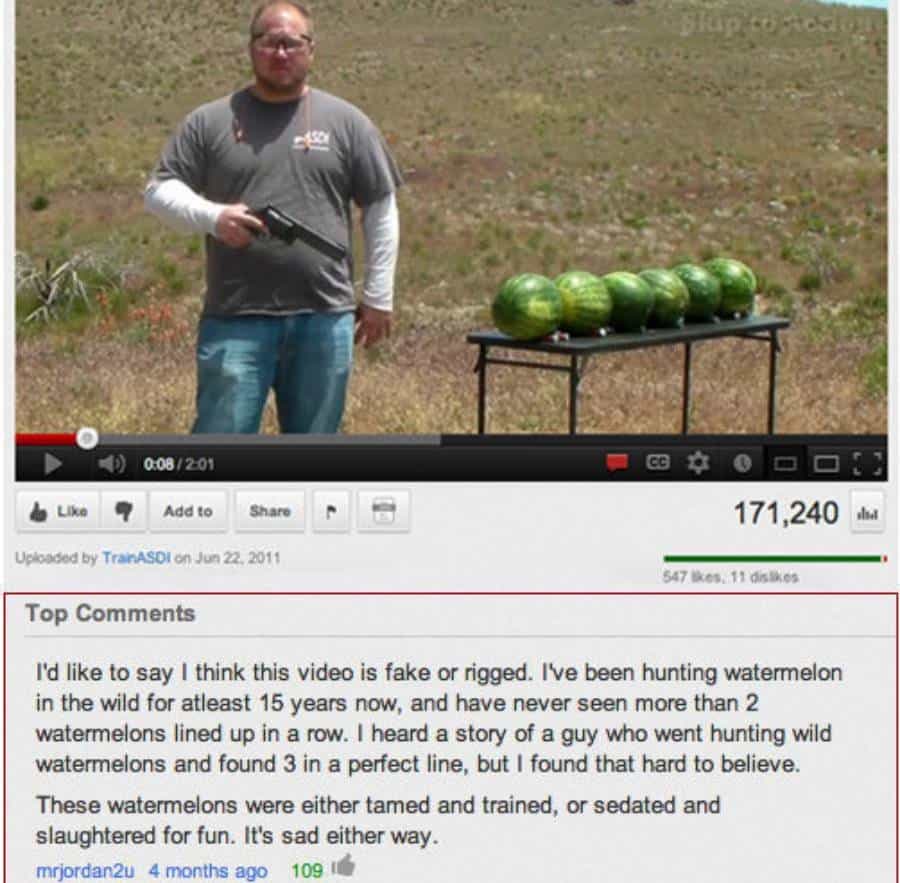 The best part of this comment is it seems like the person is indeed angry about what’s going on.