10 Of The Coolest Juxtaposed Photos Ever

There are now several photography effects nowadays — Photoshop effects, vintage effects, film effects and juxtaposed effects are just some of the cool photos shared on the internet today. Juxtaposed photos show effects of images or objects superimposed on top of the real-world location to create a cool effect. A lot of creative-minded individuals use various things to achieve the effects: including the use of old photos, film stock photos, souvenir items, or paper cut outs. Here are 10 of the coolest juxtaposed photos that are worth sharing. Enjoy! 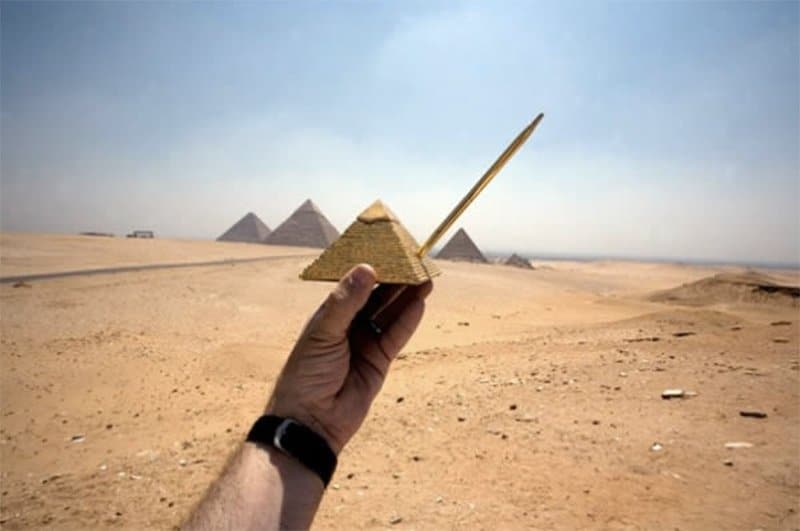 A traveler and photographer named Michael Hughes has created a photo series that employs optical illusions through common souvenirs. This one is a Pyramids of Giza pen holder souvenir 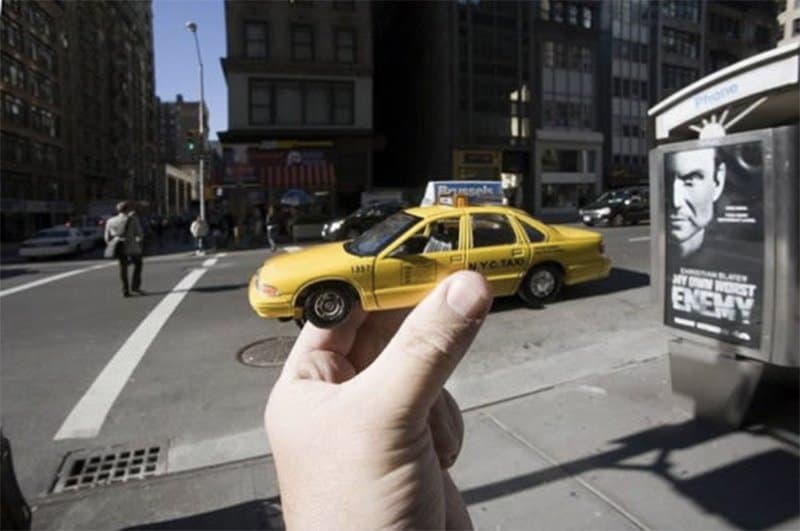 Michael Hughes inserts cheap souvenirs into his photos, giving a unique break to touristy shots. He calls his photo series ‘Souvenirs’. This one is a NY taxi model in Times Square, New York. 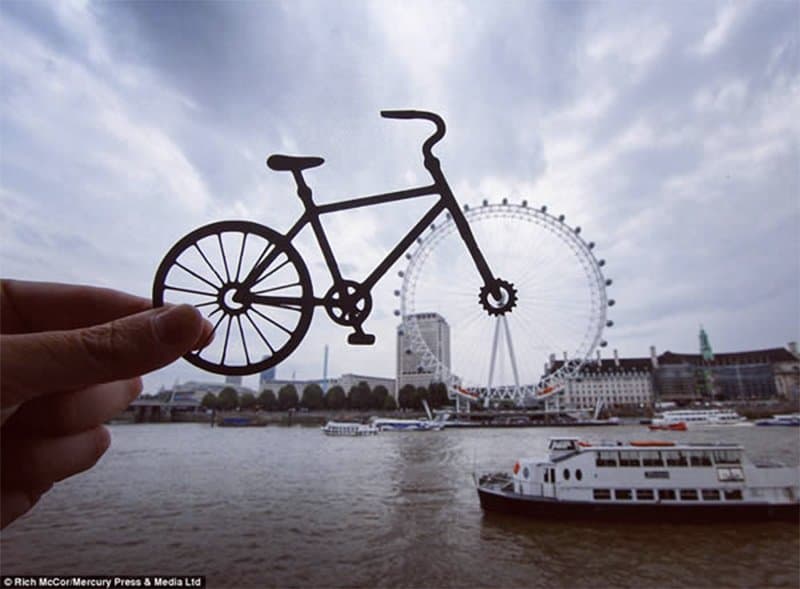 Rich McCor also use juxtaposition in his photos, but this time he uses paper cut-outs. Rich works for a creative agency and uses intricate cut-outs with some paper and a pair of scissors to transform dull photos into something more interesting and one-of-a-kind. This one is his take of the London Eye, turning it into a bicycle. 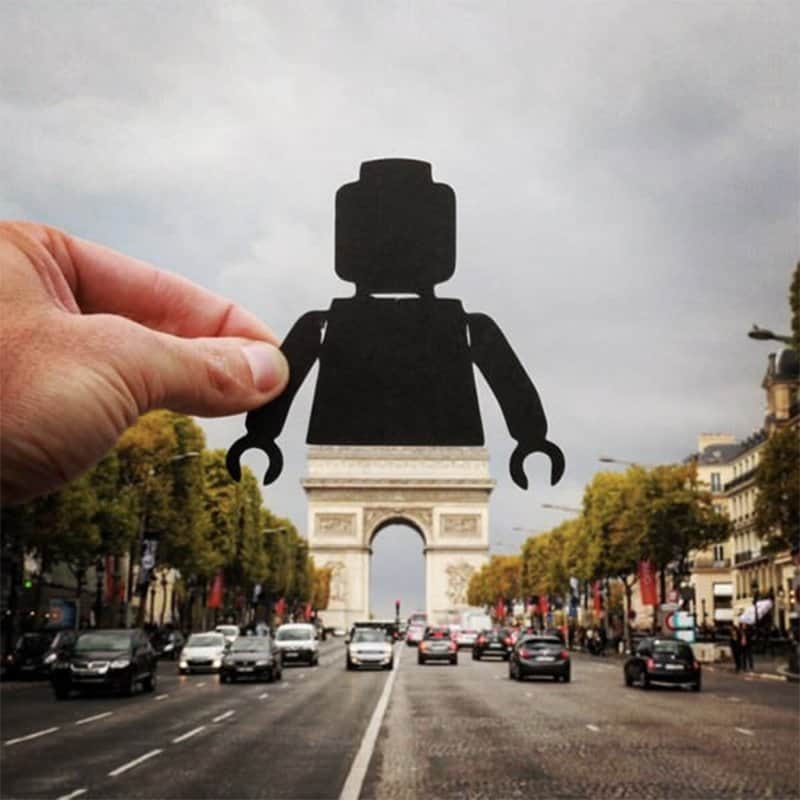 It takes a creative set of eyes to look at things differently. In this photo, Rich McCor turns Paris’ Arc de Triomphe into a giant Lego man.

Up! at Covent Garden 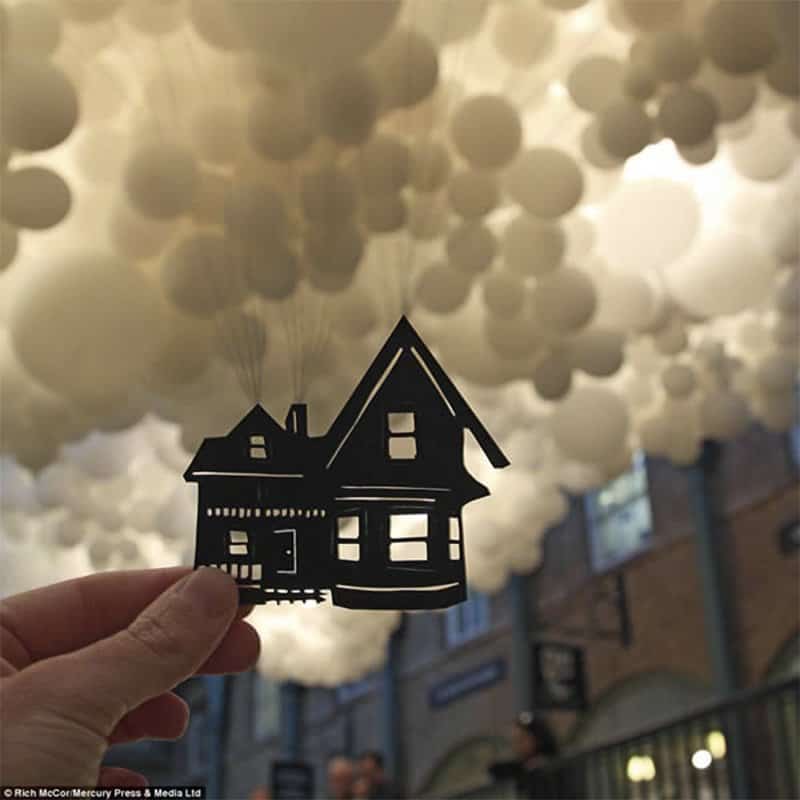 Inspired by the Disney Pixar movie Up!, Rich McCor made a cut-out of the house and juxtaposed it on the balloons over Covent Garden, New York.

Superman in a Railway Station 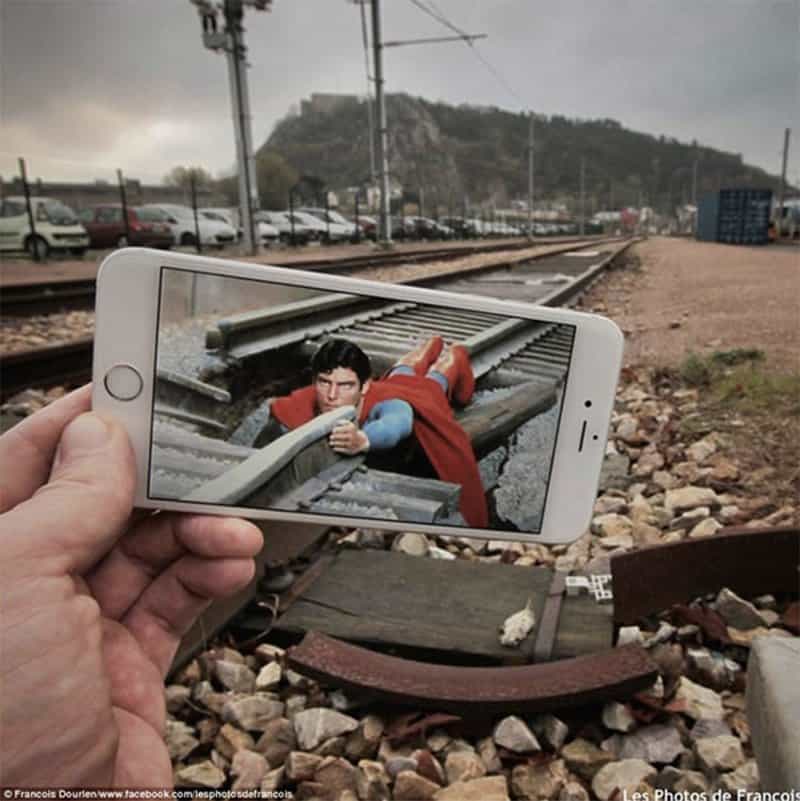 A history teacher named Francois Dourlen of France is an avid pop culture fan. He makes use of his trusty iPhone to juxtaposed famous movies and TV shows to life. This one is Superman in a railway station!

Baywatch at a Lifeguard Tower 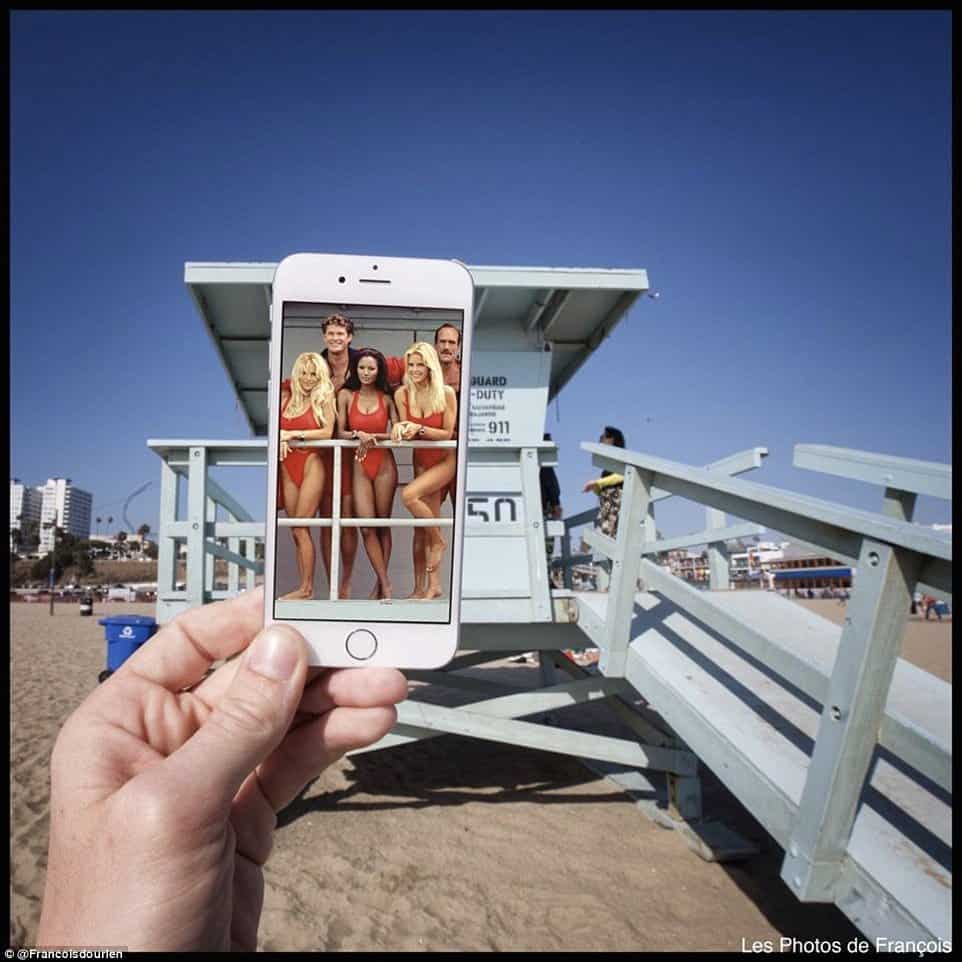 Dourlen brings the original Baywatch to life by recapturing it in a lifeguard tower. Awesome! 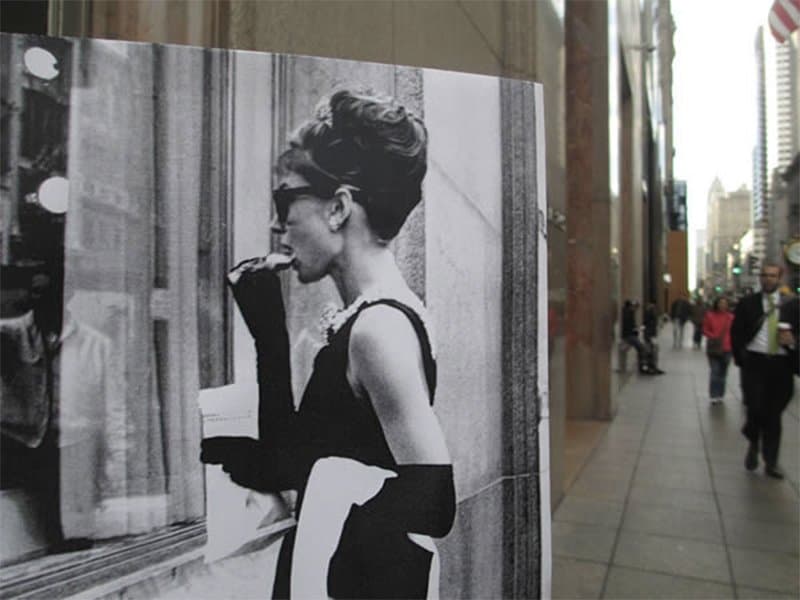 Christopher Moloney is another film geek hailing from Canada, and has an interesting hobby. He hunts down the real-life locations of his favorite movie scenes to juxtapose them for his ‘FILMography’ photo series.

He has traveled to various cities around the world such as Los Angeles, New York, Rome, Naples and more. This one is Audrey Hepburn at Breakfast at Tiffany’s. 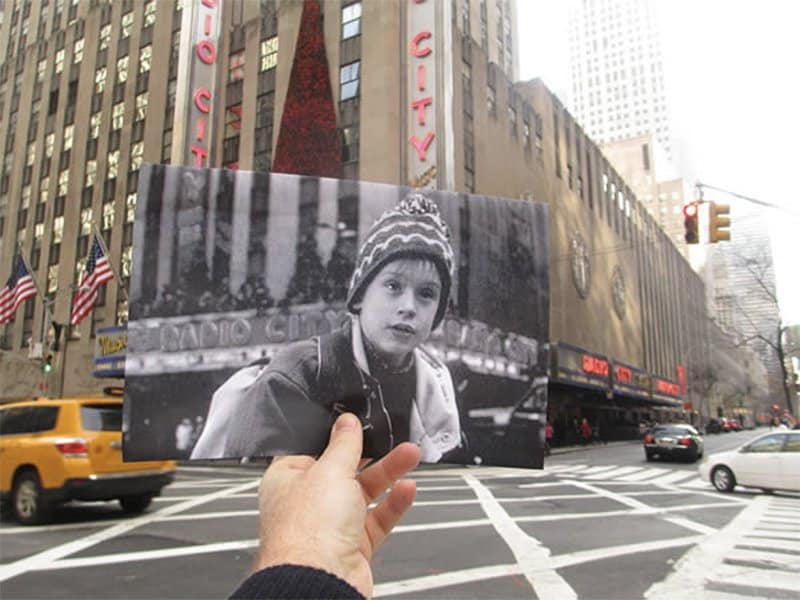 Moloney traveled all the way to New York to recapture ‘Home Alone’ in Radio City Hall. Many of his photos in the project can be found on display in several galleries and film festivals worldwide. 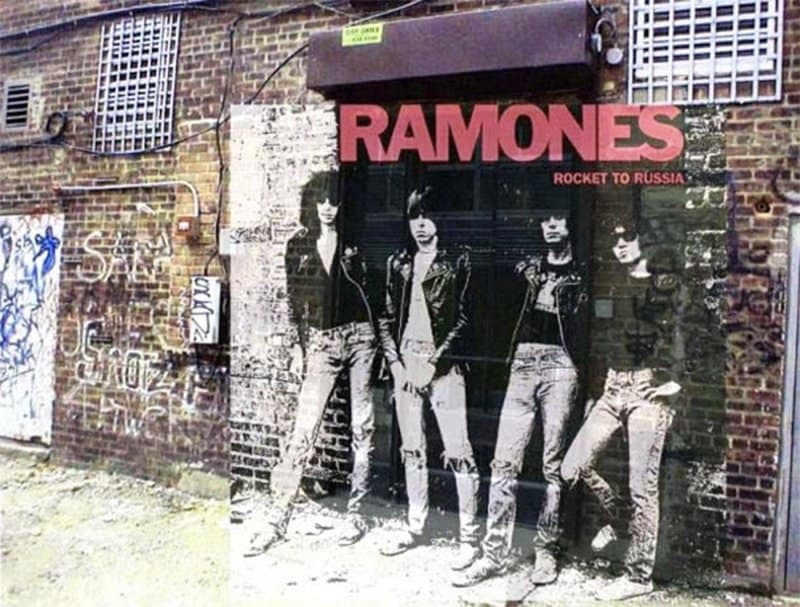 Bob Egan is slightly different: his mission is to track down real world locations of famous album covers. He then goes on to superimpose the album into the present day location. This one is Ramones’ Rocket to Russia album.