10 Hilarious Wedding Fails You Can’t Help But Laugh At

When it comes to trying to come up with wedding photos that we can all be proud of, there are times when we make a rather large mistake. We want our photos to have an original look to them and we end up being just a little too original. Sometimes the look isn’t even something we meant, but a mistake that takes place at just the wrong time and just when the photographer was snapping the picture. However, these photos happened and they’re here now for your enjoyment. Check out out list of 10 wedding fails so terrible, you’ll feel guilty for laughing at them and let us know if you have any photos like this in your stash.

The Bachelorette Party Must Have Been Good 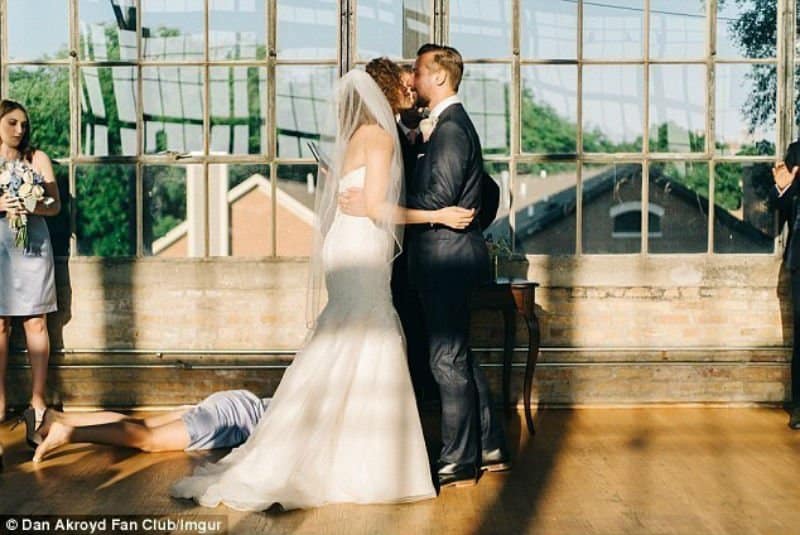 We’re trying to figure out why this bridesmaid is face down. We can’t come up with an explanation besides “still drunk.” 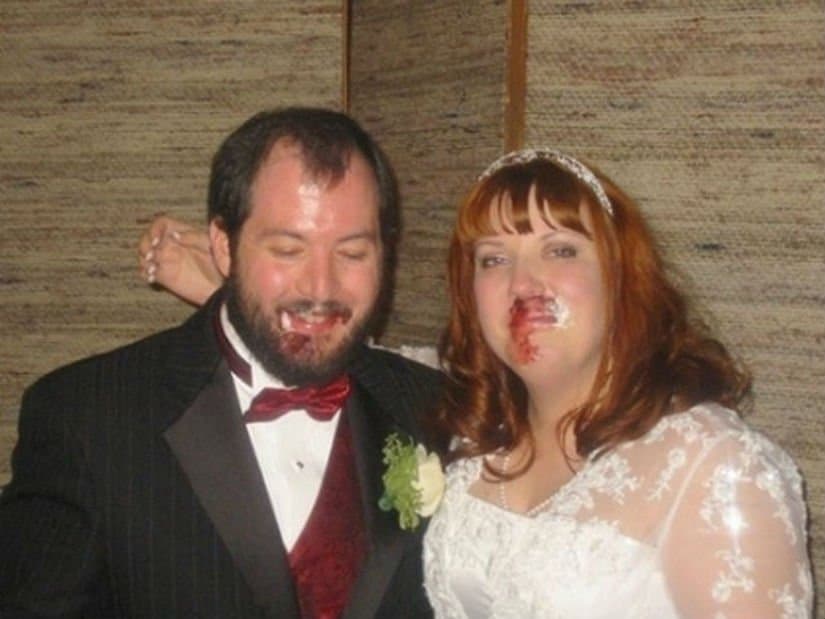 It’s possible the stuff on their faces is frosting. It certainly looks like they got into a wedding day brawl. 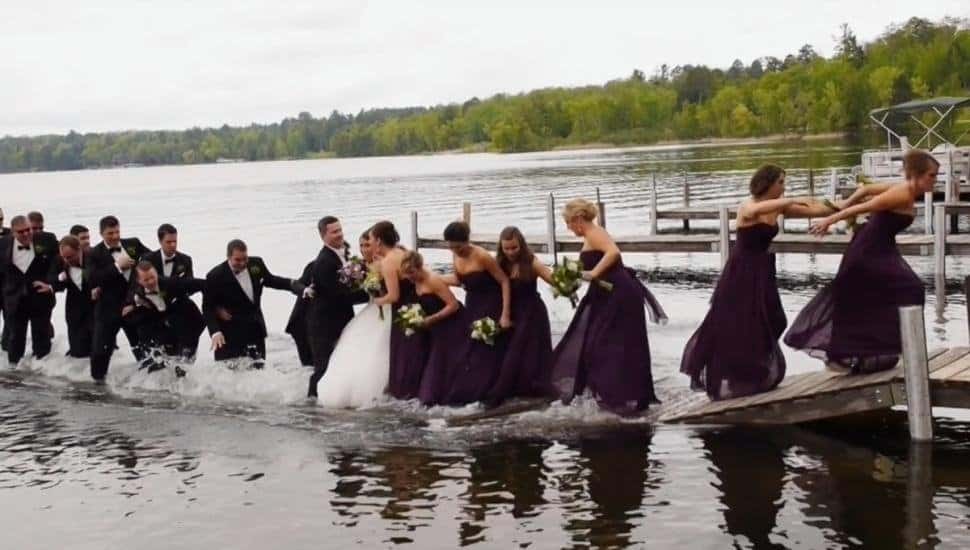 It’s clear this idea was a great one. Sometimes, even the best ideas don’t have a great outcome.

And The Divorce Followed Soon After 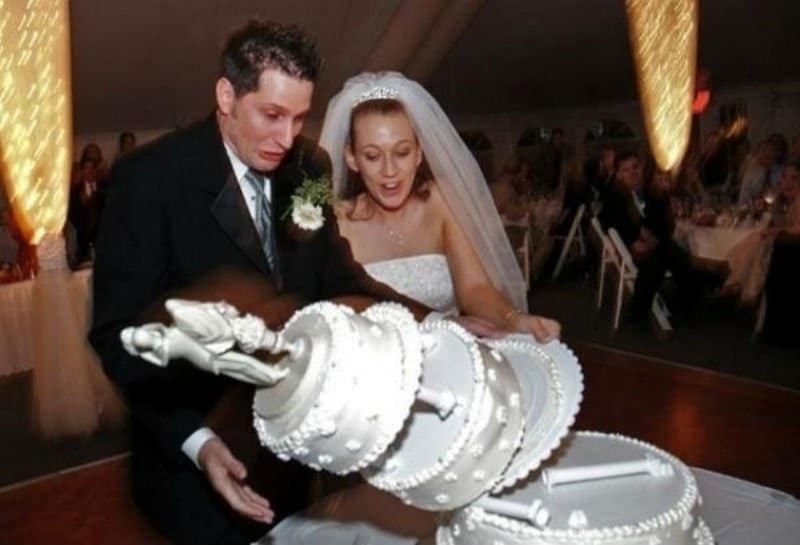 This is one of those wedding don’ts. You don’t knock the cake over during the reception.

Why In The World Would You Pose Like That 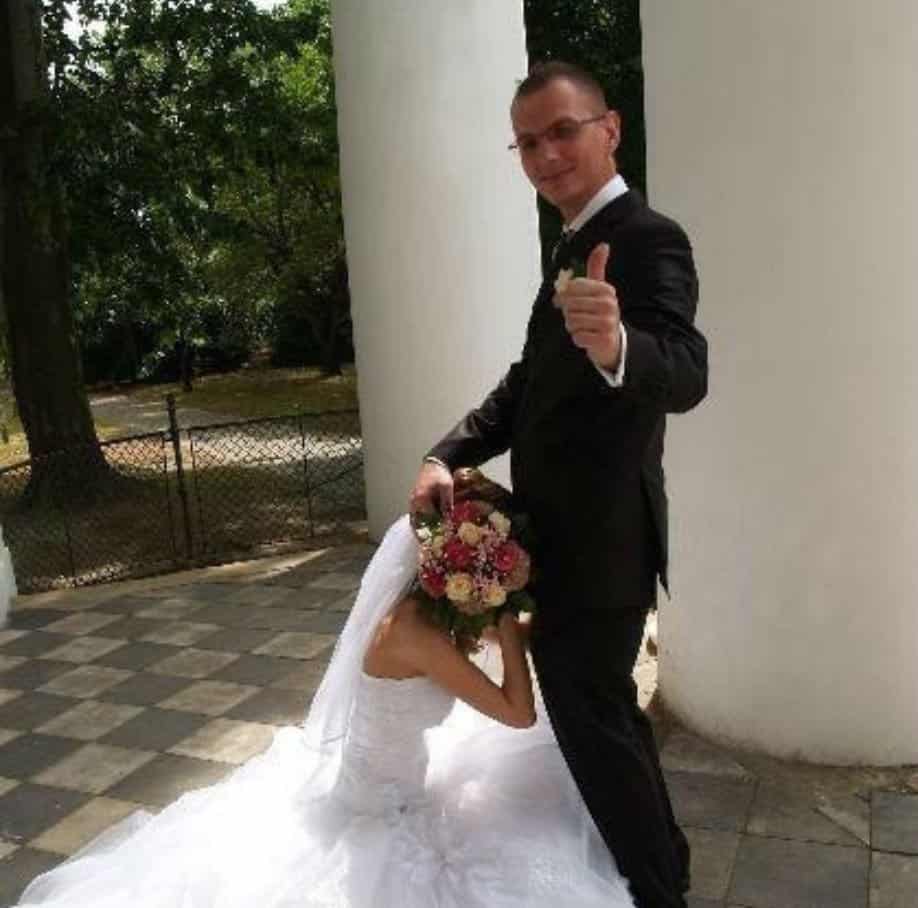 This couple is certainly picking an interesting way to start their wedding. We all know it’s not realistic either, don’t we married fellas?

Whatever You Do, Don’t Look Behind You 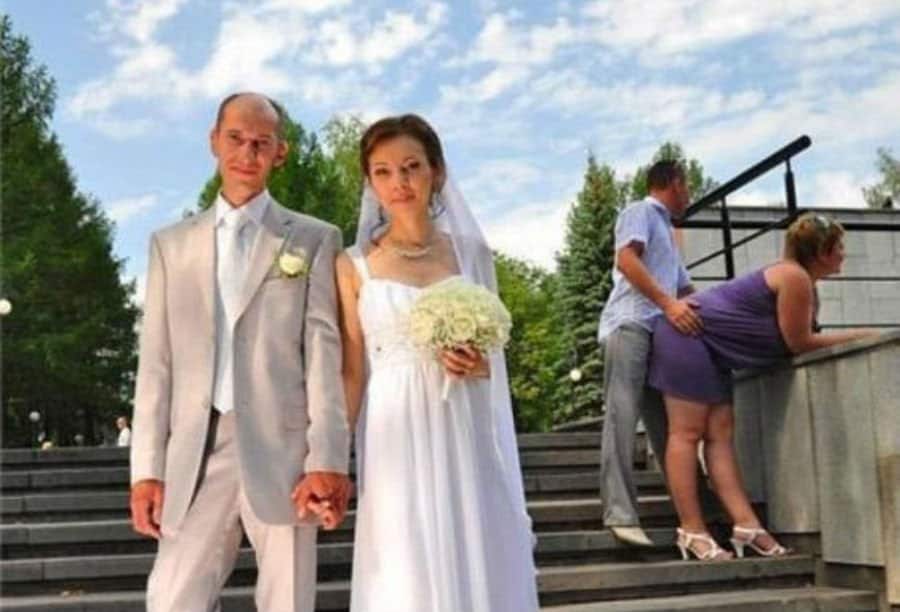 There’s wrong place, wrong time and then there’s this photo. The couple in the background is probably actually not doing what it looks like they’re doing. Probably…

What Is This…I Don’t Even… 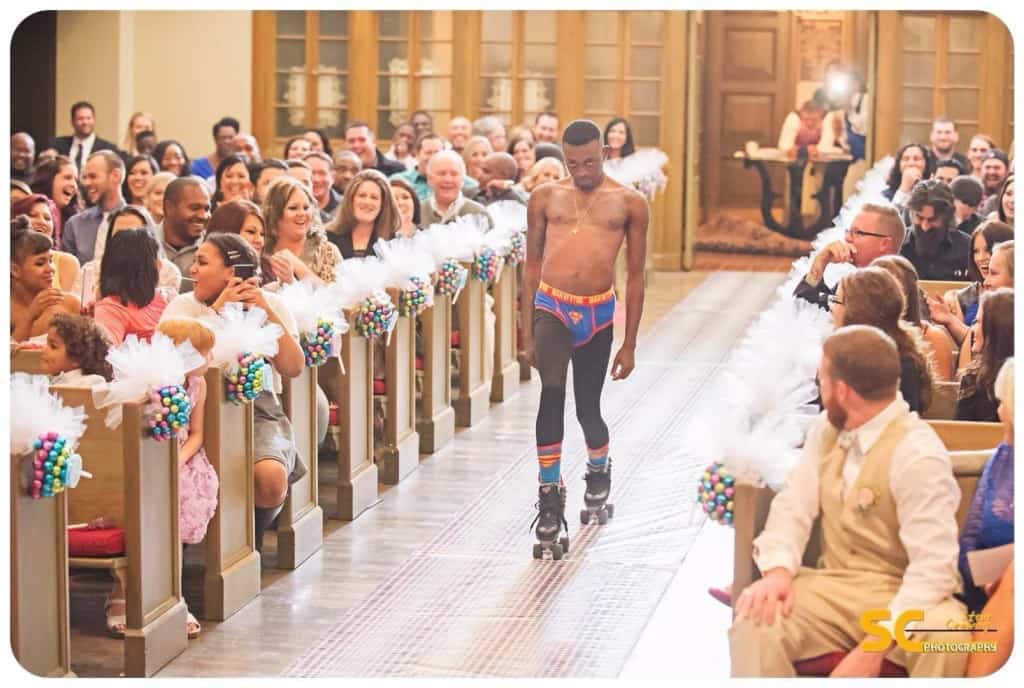 It appears these people went a bit too far in the whole “we want our wedding to stand out.” That or this is the ultimate wedding crasher.

Because Sometimes, Underwear Rides Up 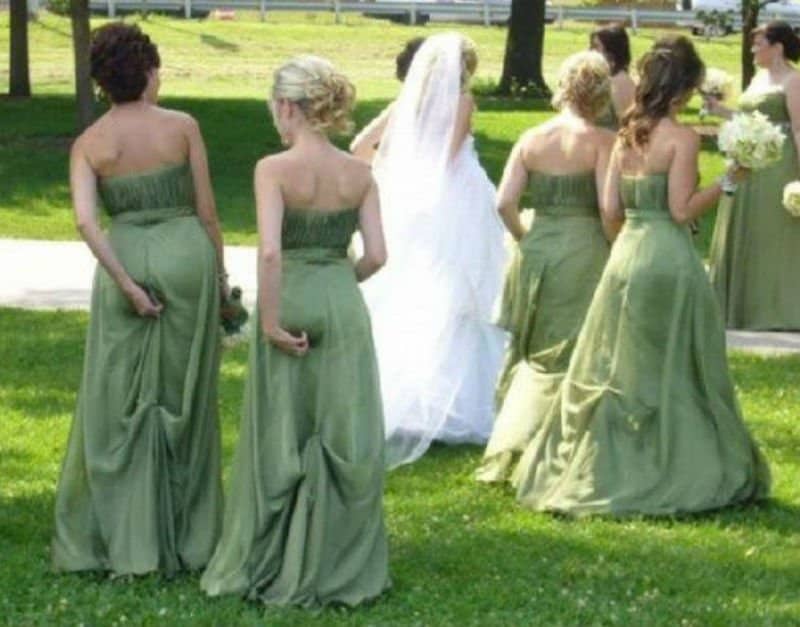 Though usually, it takes some real timing to catch women fixing their underwear at the same time. Perfect timing is perfect. 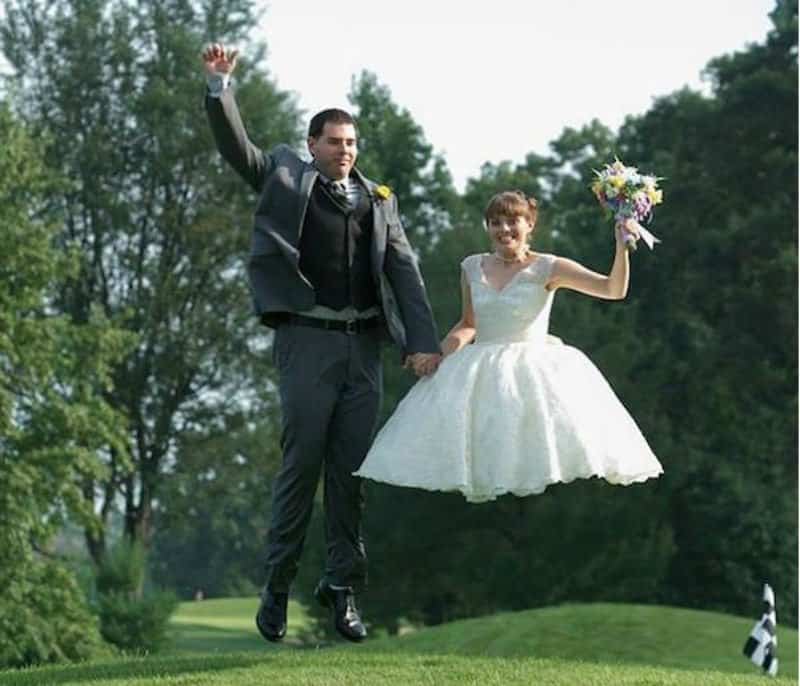 It seems as if these two newly weds are jumping with joy in this picture, but it looks as if the bride has lost her legs — literally.

She Fell Head Over Heels For the Couple 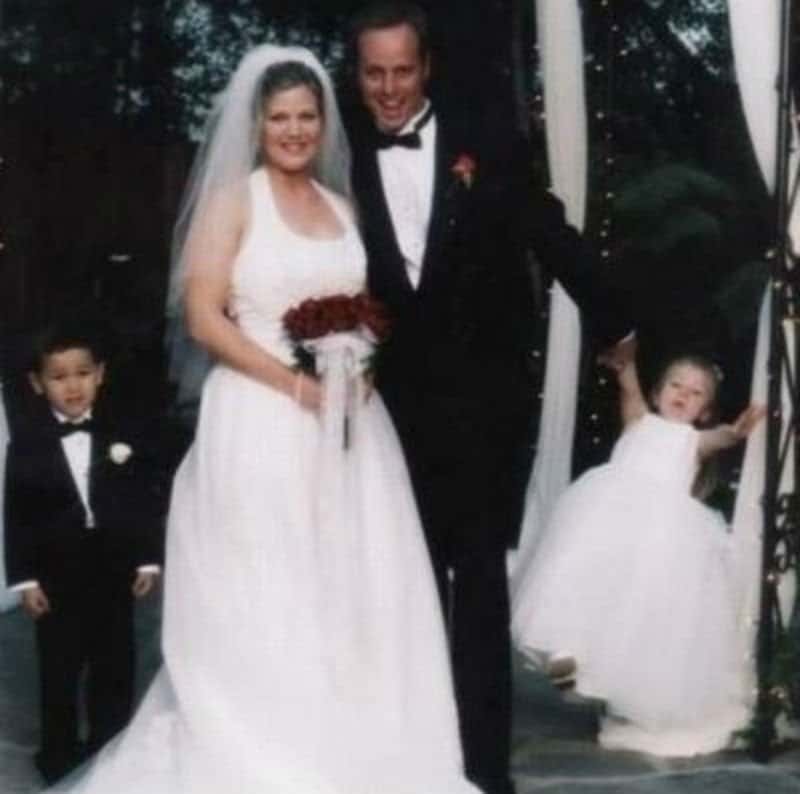 There’s nothing so great as capturing a photo of a kid who is going to have to relive this embarassment over and over throughout her life.