10 Hilarious Memes Of The Relationship Between Cats And Dogs

There is a pecking order in the wild that is unmistakable. What is fascinating to observe is that this pecking order disappears when animals are domesticated. Animals that were once natural enemies end up becoming the best of friends. This can be most commonly seen when observing the relationship between cats and dogs. The love-hate relationships between these animals are truly epic, and the internet has done a great job of summarizing this using memes. This list features 10 of the best memes that describe the relationship between cats and dogs. 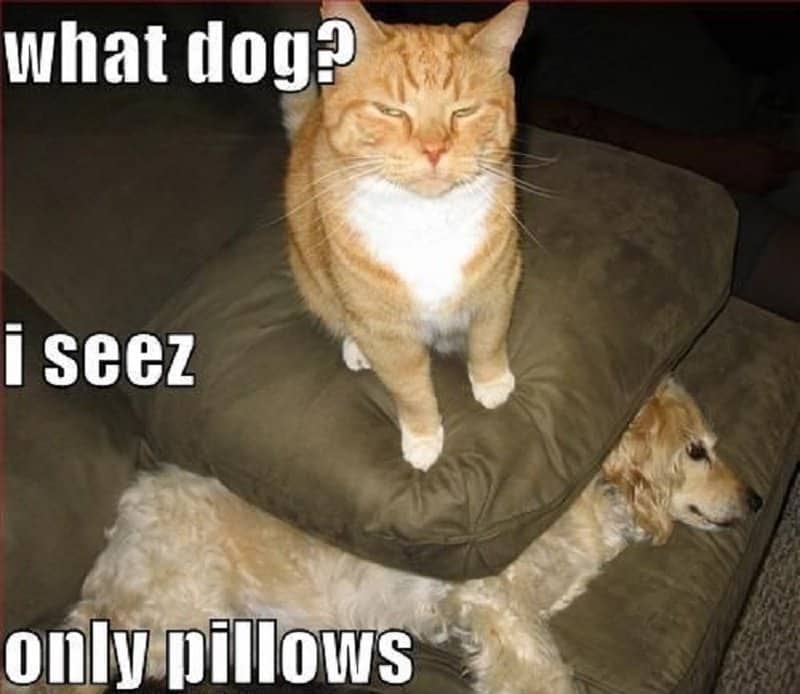 Cats are the gangsters of the animal kingdom. They are fantastic at doing what they need to and then burying the evidence. 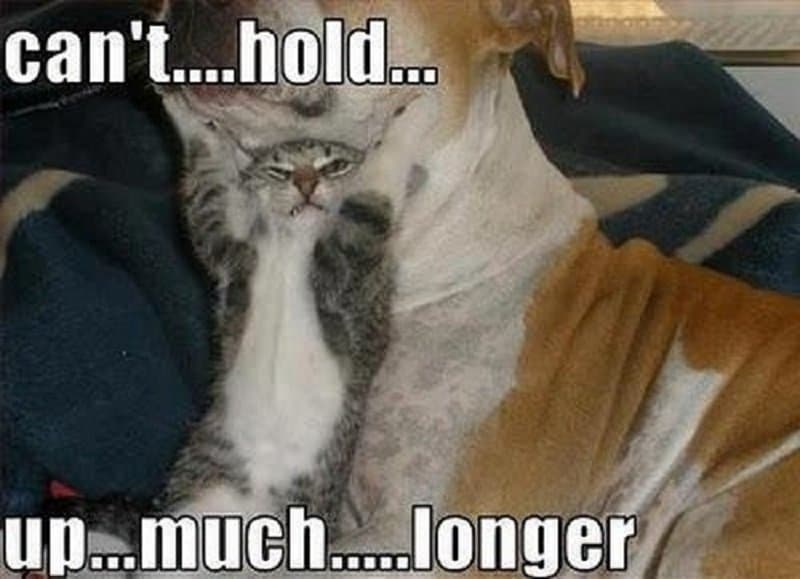 Dogs are a lot stronger than cats but cats are definitely a lot more tenacious in comparison. Just look at the gusto of this one! 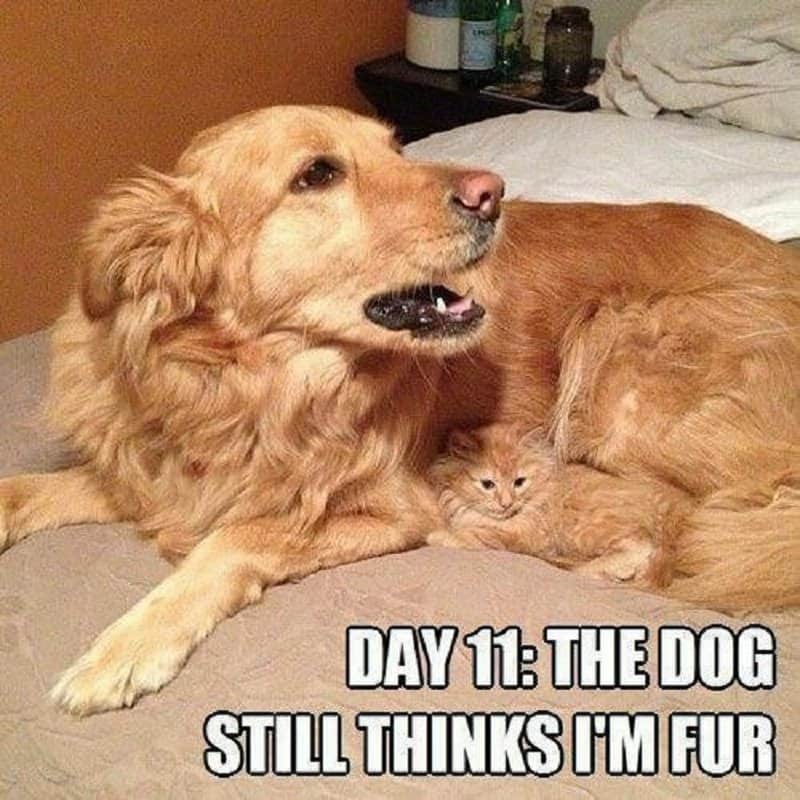 The best way to go undetected around a dog is to simply blend into the surroundings. 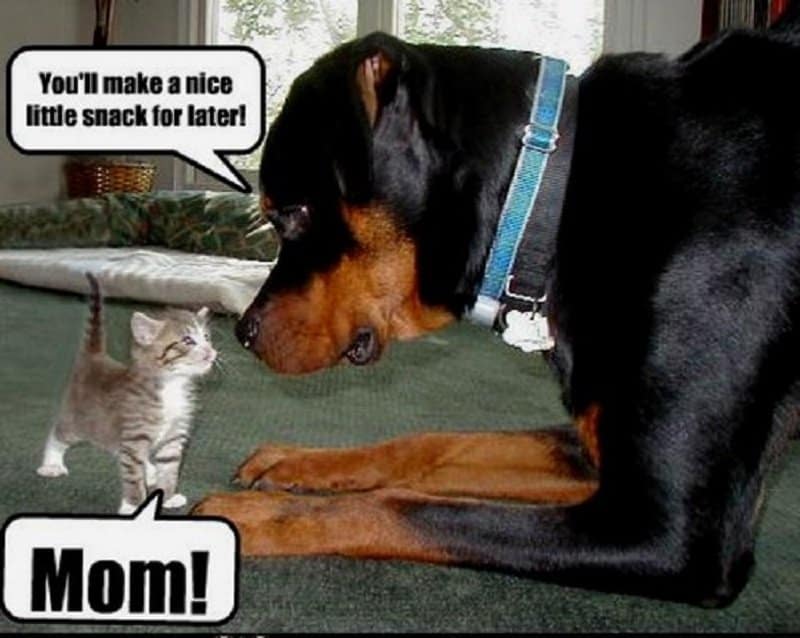 It is so typical of a cat to go around complaining when things get a bit tough for them. 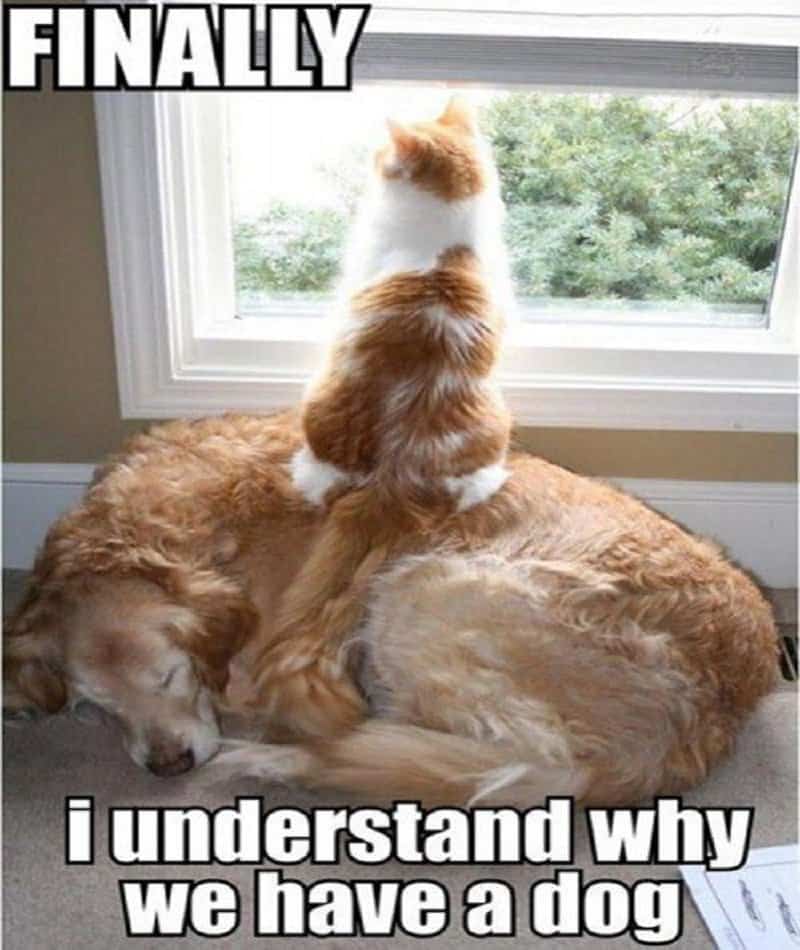 There is no doubt that cats can be more manipulative than dogs. Just look at this one use the dog for a good view. 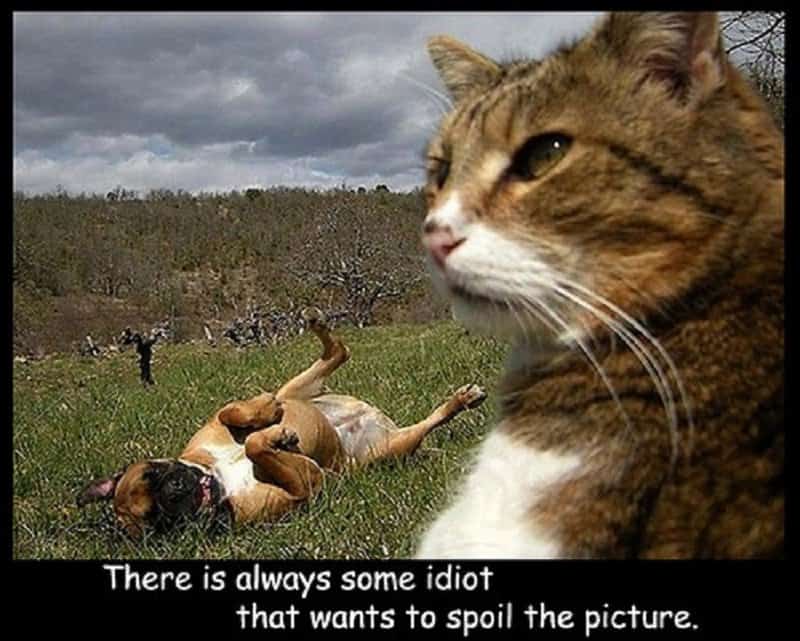 Don’t you just hate it when you line up a good shot and some idiot comes rolling into the frame! 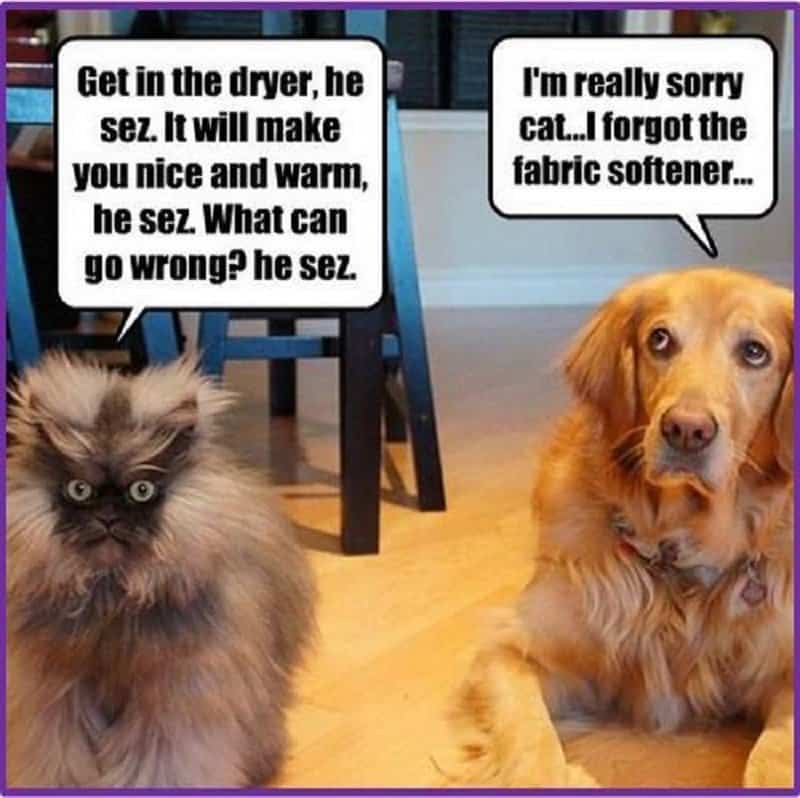 For once, the dog managed to get the cat into some trouble. 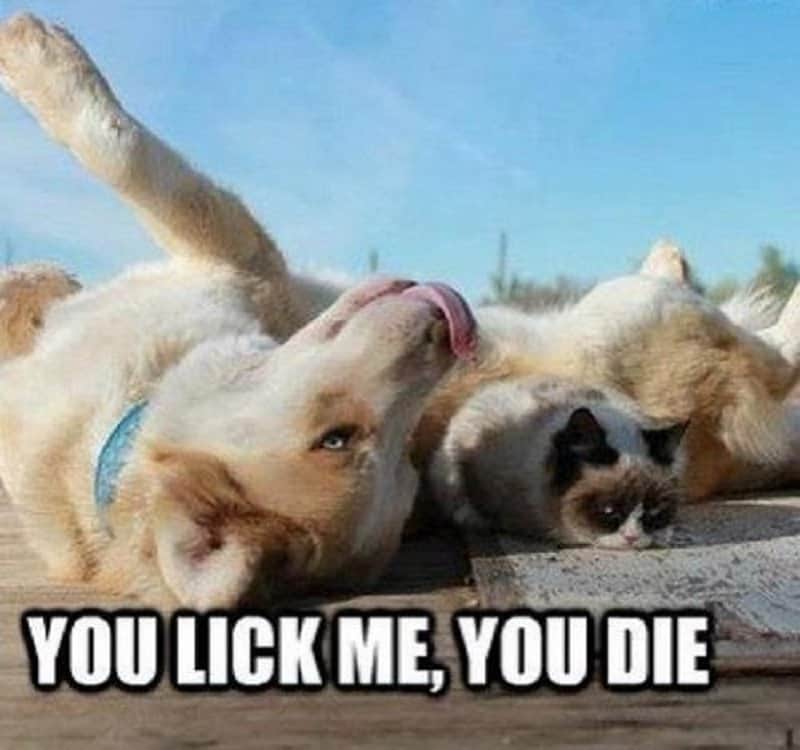 Dogs love to show affection, and cats love their space. Putting the two together can be quite dangerous.

Creeping In The Shadows 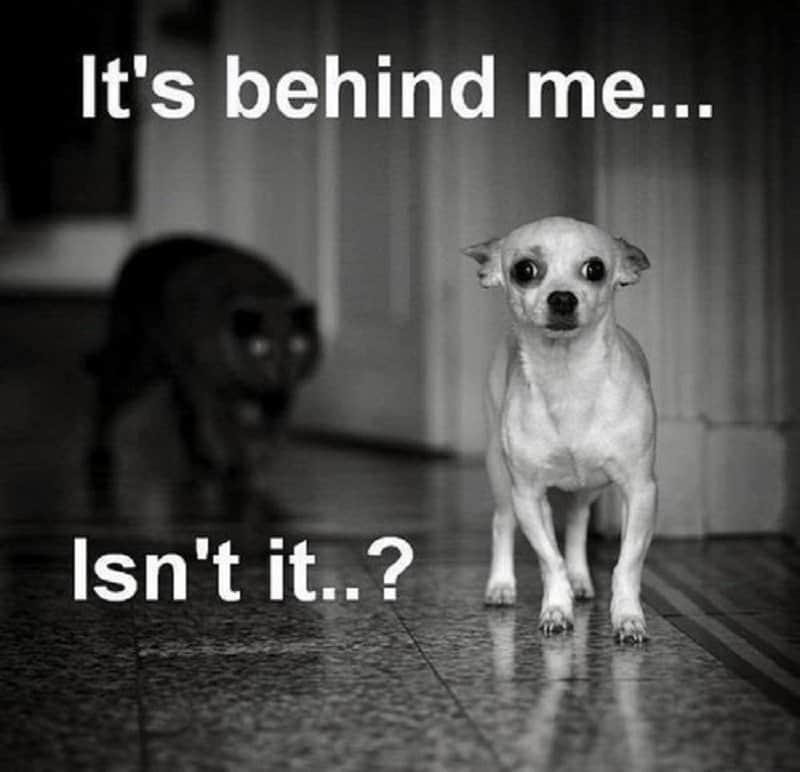 The hunter becomes the prey in this one as the poor pup is being stalked by a dangerous looking cat. 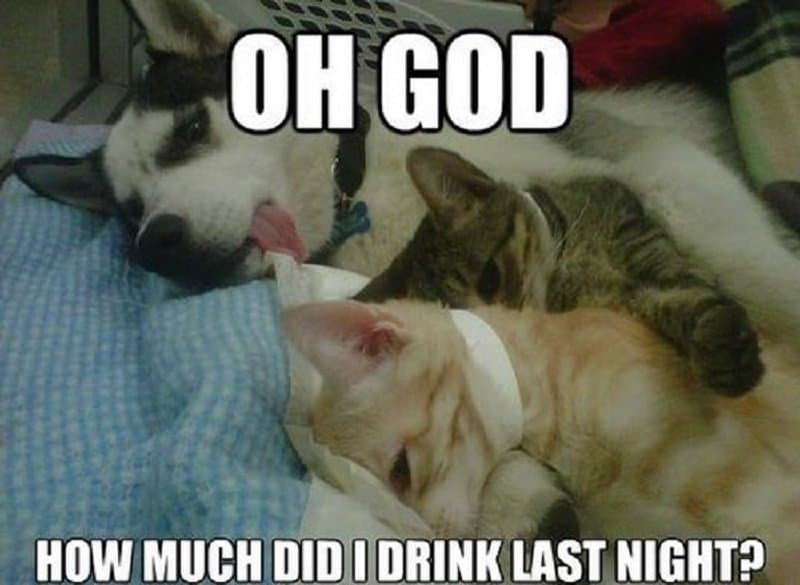 You know you have drank a bit too much when you end up in bed with two people from different species.