10 Facts You Didn’t Know About Krampus

While there is a movie out this Holiday season that gives us a look at the legendary Krampus, you might be surprised to learn this particular creature has actually been talked about and feared for quite a long time and through a number of different cultures. The monster is still used as a way to keep some children from misbehaving during the festive season. Of course, the creature is also used as a way to give quite a few kids severe nightmares. Before you go and watch the movie and give yourself some real life nightmares, check out 10 facts you didn’t know about the “real” Krampus and tell us what you think.

December 5rg Is His Official Day 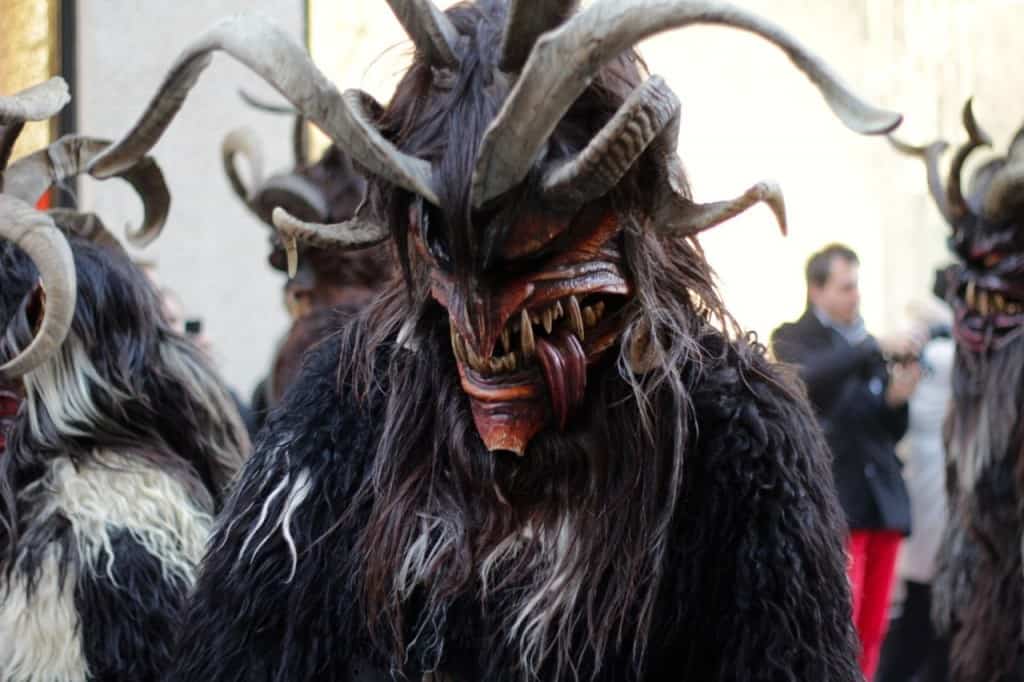 December 5 is known as Krampusnacht and is the monster’s official night, when he prowls the world looking for bad little boys and girls to steal and take to the underworld.

He’s Most Often Talked About In Germany And Austria 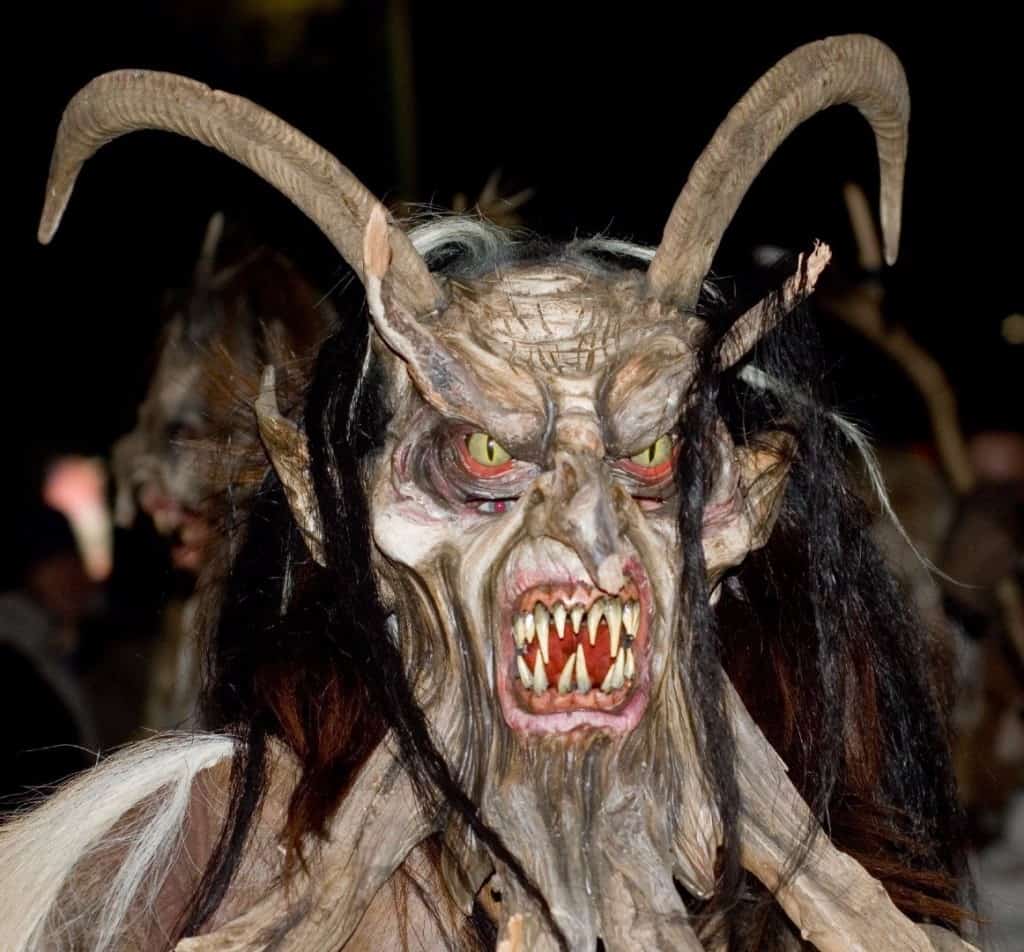 Krampus was apparently “born” in either Austria or Germany or the surrounding areas. The region has massive festivals all dedicated to the creature this time of year.

He’s Been In a Video Game 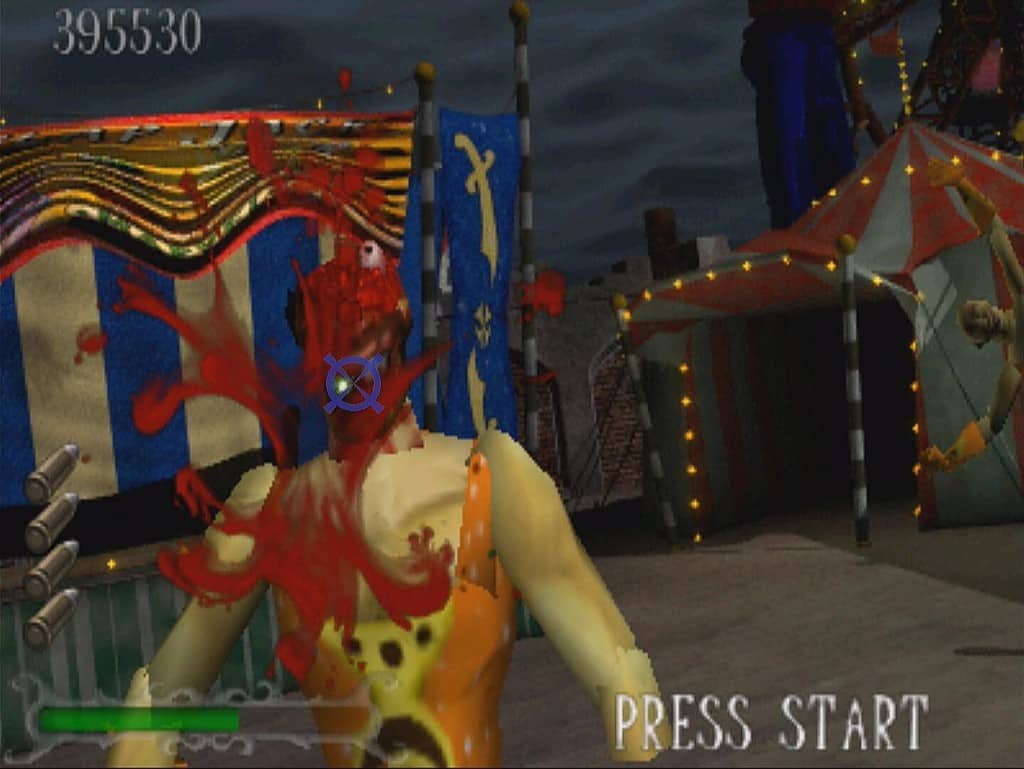 Long before he was the titular character in a movie, he was a boss in the arcade video game CarnEvil. Not surprisingly, because the game wasn’t very good Krampus was more cartoony than evil, saying things like “I’ll stuff YOUR stocking!” 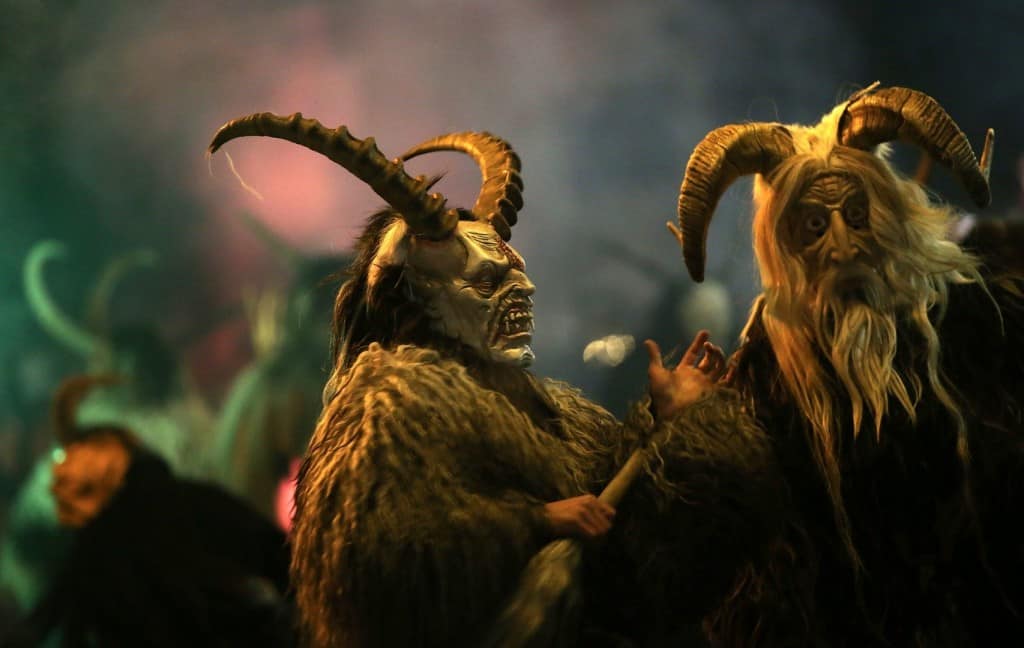 The lore ranges a big from Krampus having some evil helper elves, to having evil demon brothers and sisters, but most of the stories have him traveling with cohorts. While those evil demons are plenty scary, some of their names are just hilarious. “The Door Slammer,” “The Window Peeper,” “The Sausage Snatcher,” and “The Doorway Sniffer” are just a couple of the 13 evil demons that are all hanging out with Krampus.

He’s Got Hooves And Horns 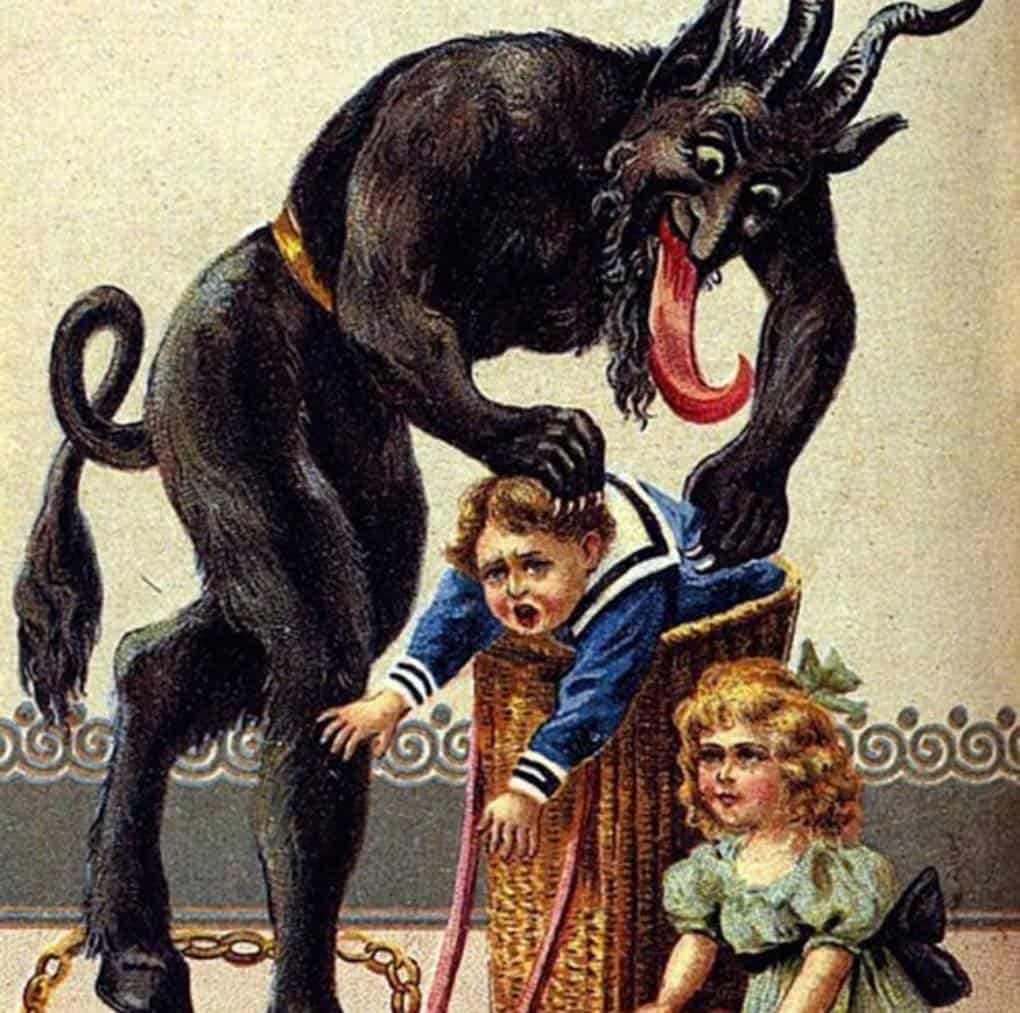 Just like the stories of his origin can vary, his appearance varies as well. Sometimes he looks almost like a man, while other times he takes on a kind of goat like appearance. The things that are usually common in all tales are him having at least one cloven foot and horns coming out of his head. 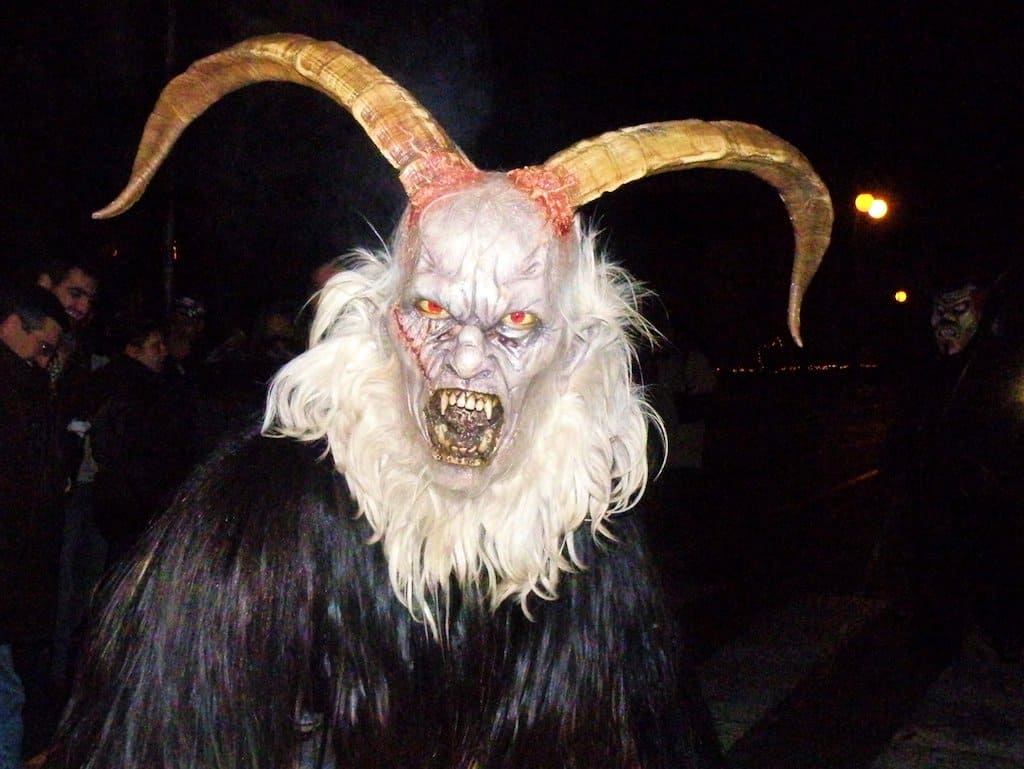 From 1934 to 1938, Facists in Austria actually outlawed any talk of Krampus and also made it illegal to wear Krampus costumes or go to Krampus parties. These fascists apparently understood he was a pagan symbol and decided celebrating him was anti-Christian. 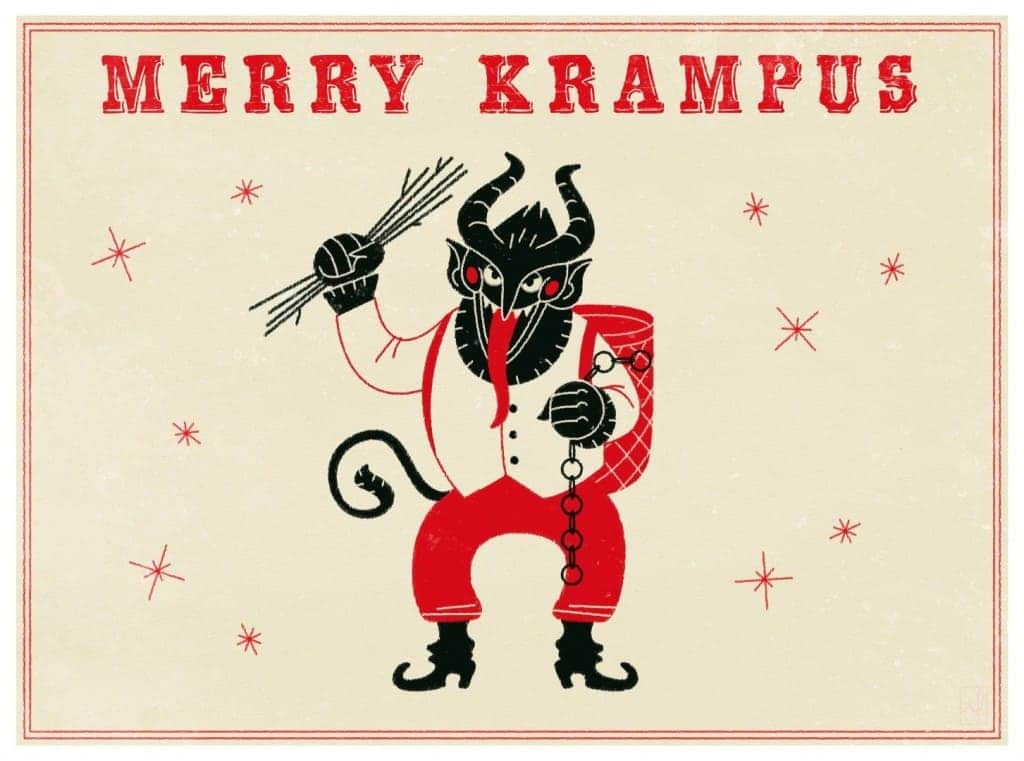 While the creature was really celebrated starting in the 17th century, it appears he was first talked about and even worshipped by a pre-christian pagan religion.

He’s An Honest To Goodness Demon 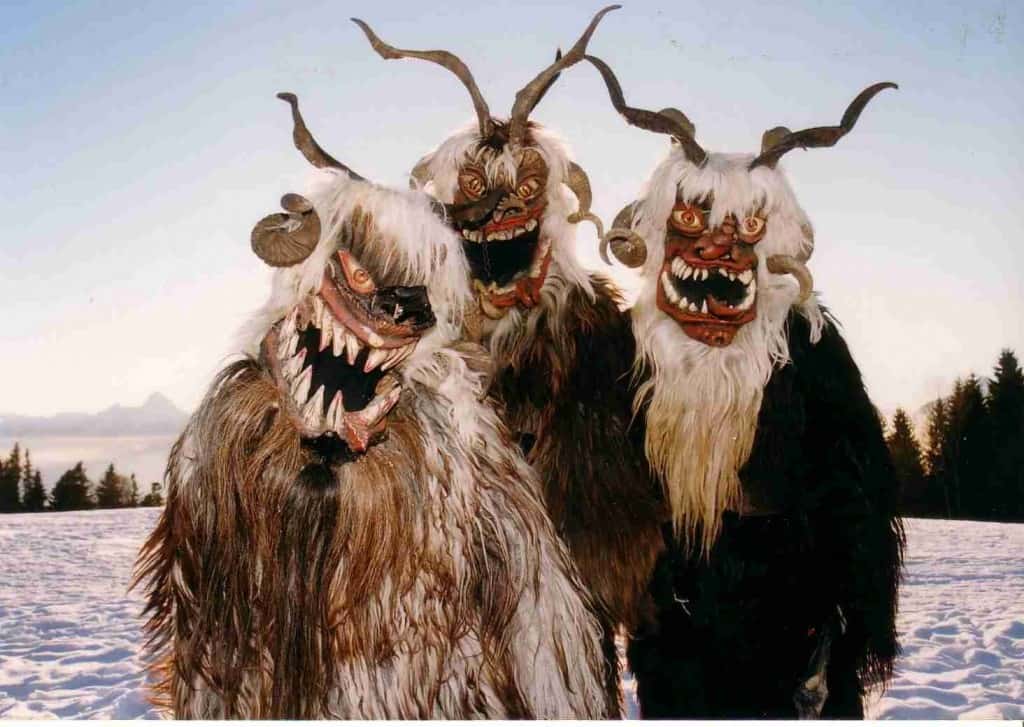 While there are all kinds of different stories about the origins of Krampus, the one thing those stories all agree on, is the thing is some kind of demon. We’re likely not talking about a fallen angel here but something darker and more twisted. He comes from hell and he is known to take people back there with him. 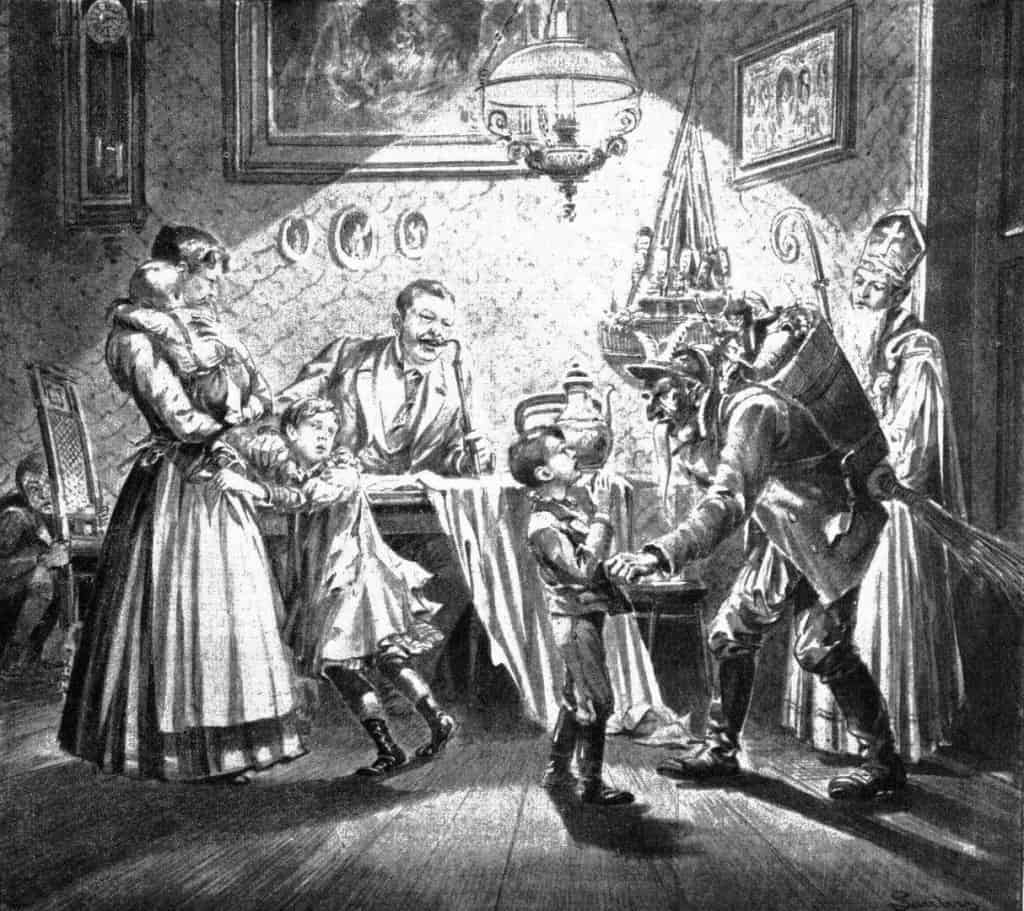 While Krampus got his start in folklore, he’s become a kind of weird folk anti-hero these days. He’s made appearances on television shows in different versions in Supernatural, Venture Brothers, Grimm, American Dad and even the Colbert Report.

Krampus Is Tied To Santa 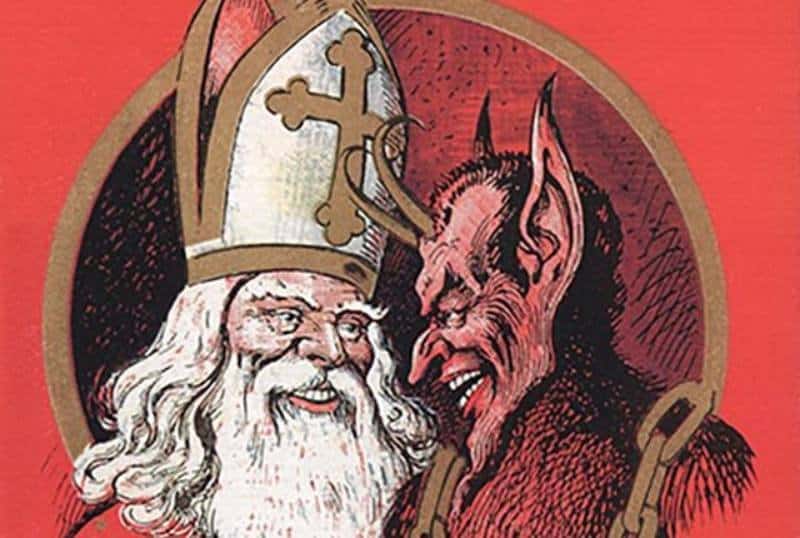 Krampus was originally his own weird monster, but somewhere along the way, he was lumped together with St. Nicholas (Santa) as a kind of supernatural ying and yang. The two have actually been linked since the 17th century.