The popularity of Frank Underwood has grown exponentially over the past year, and not only in the fictitious world created by Netflix, but in the real world too. When Frank started as Chief Whip, his intentions were clear, and it would not be long before he became President of the United States of America. Over the course of the first two seasons, Frank has redrawn the boundaries in order for him to achieve his ultimate goal of sitting in the most powerful office in the free world. Here are the Top 10 moments that lead to Frank becoming President of the United States.

He Undemocratically Became The President Of The United States 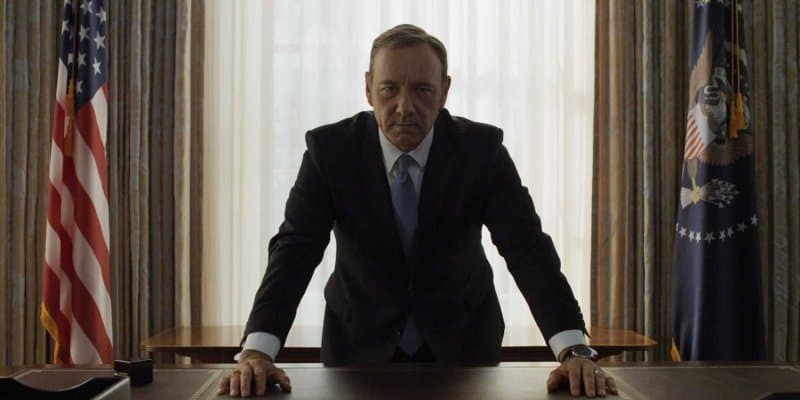 If becoming President of the United States was one thing, becoming it without being democratically voted in is another. However, we all know of Frank’s discontent with democracy, and how ‘Democracy is so overrated’. When President Garret Walker’s position as President became untenable, there was no moment of doubt in Frank’s mind in his ability to step up and take office. In the final scene of season 2, where Frank is welcomed into the White House, accompanied by his wife, he walks towards the Oval Office, in what was his first day as the ‘Most Powerful Man in the Free World’. His knuckle tap on the Resolute Desk, and his determined stare into the camera, as we are accustomed to with Frank, is just the tip of the iceberg, to the new life of President of the United States, Frank Underwood. What will be his intentions in the Oval Office? World Peace?

He Has A Wife As Cunning And Determined As Himself 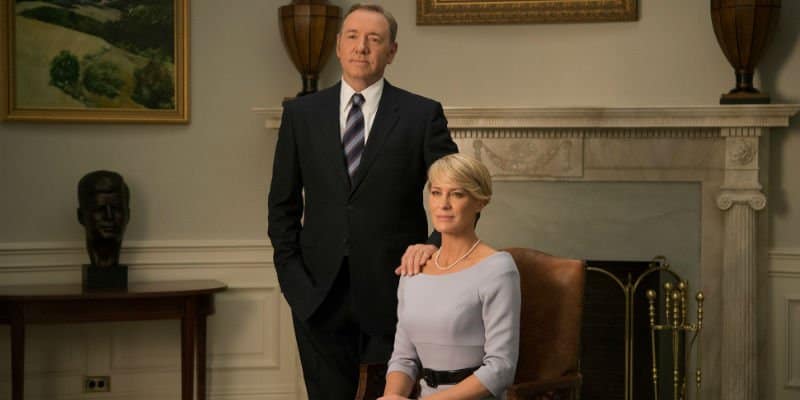 One cannot simply become President of the United States through individual effort alone, and Frank’s faith in his wife, Claire Underwood, has paid dividends on his quest for the Oval Office. Former CEO of the Clear Water Initiative (CWI), Claire Underwood has been an influential character in the first two seasons of House of Cards. Her role in destabilising the President of the United States, Garret Walker, through the former First Lady was influential in Frank’s rise to the Oval Office. Her personality, and dangerous instincts were clear, and the Macbethian relationship between her and Frank, America’s power hungry couple was obvious during an exchange between the pair:

Claire Underwood: “What should we serve the Walkers?

Claire Underwood: “I’m saving that for dessert. What about the main course?”

The role of Claire Underwood in season three is still unclear, and whether her and Frank’s competitive relationship will sustain is open for argument, but one thing is certain, without Claire’s killer instincts, Frank would not have been the President of the United States without her.

He Is Absolutely Ruthless 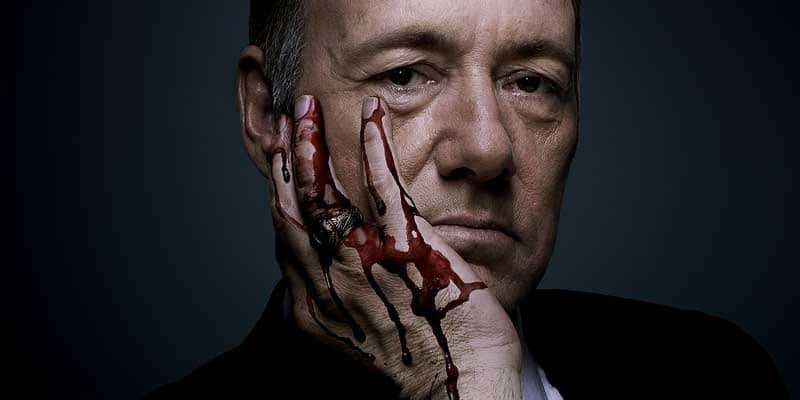 There is no doubt in Frank Underwood’s character that he is nothing less than a ruthless character with a drive and determination to see him rise the political ladder. Frank has shown us, the viewers, an absolutely endless reel of violence and ruthlessness. This spanning from the killing of a dog in the very first episode, to the moment he pushed Zoe Barnes in front of a metro train, and oh how that horror still trembles around the cyber halls of Netflix. However, one thing is for certain, we are all in a strange, perhaps worrying way, drawn in by the ruthlessness of Frank Underwood, and we all hold on for the next time he will do something for his political gain. Perhaps it is the fact that we know we are safe behind our monitors is why we are so drawn in by the horror of Fran Underwood. Maybe.

He Has A Team As Ruthless As Him 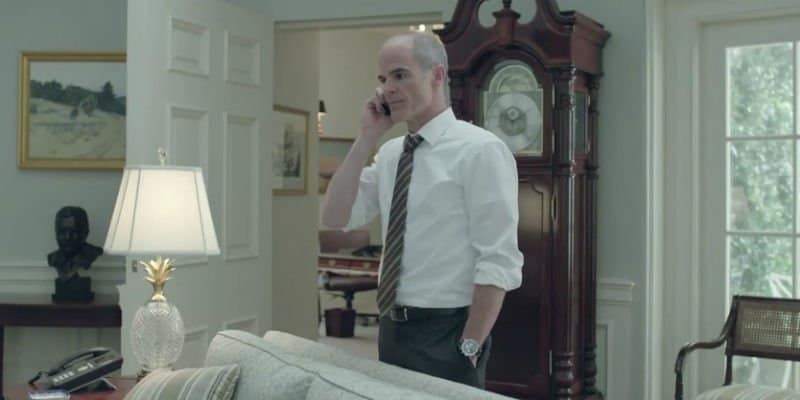 Every President needs a Vice President, and every Vice President needs a kick-ass Chief of Staff. Doug Stamper. Doug has been absolutely crucial in everything Frank has achieved in the first two seasons of Netflix’s House of Cards. Stamper’s loyalty towards Frank Underwood is unquestionable and undeniable, and he played a key part in keeping Russo clean for the necessary time. Additionally, Doug played a key part in taking down Underwood’s enemies. He is indeed the Bonnie to Underwood’s Clyde.

However, the cracks in Doug Stamper’s foundations began to show in the latter episodes of season two, and his poisonous desire for Rachel Posner could prove to be his downfall. As Frank declared;

“Even Achilles was only as strong as his heel.”

Is Doug’s Achilles his poisonous love for Rachel? Will this silent quest for her be the catalyst for the downfall of Doug Stamper? Or will the Chief of Staff revive former glories under the New President of the United States?

He Always Knows What To Say 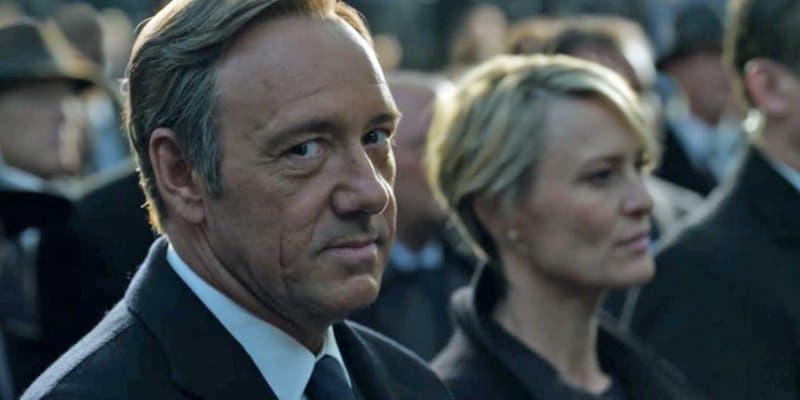 Frank Underwood is quite possibly the most quotatious man since JFK. House of Cards has been extremely popular since its release on Netflix, and Frank Underwood’s common ‘breaking of the fourth wall’ helps bring the audience into the show. Rarely is Frank lost for words, (except of course for that CNN debate with Marty Spinella), I mean, who else could convince the President of the United States to take a nap in the middle of the day during a crucial time in American politics. Frank’s ability to talk himself out of situations is commendable, and rarely does Frank not get the last word in a conversation. “It’s Vice President!” Frank declares… “You are not my Vice President, you are on sovereign land” Lanagin replies, before Frank throws a $200 dollar steak into his swimming pool, before a hungry German Shepherd dives in after it.

You do not get the Oval Office without at least an ounce of charisma, and Frank has that in abundance. Something that has served him well.

He’s The Villain We All Love 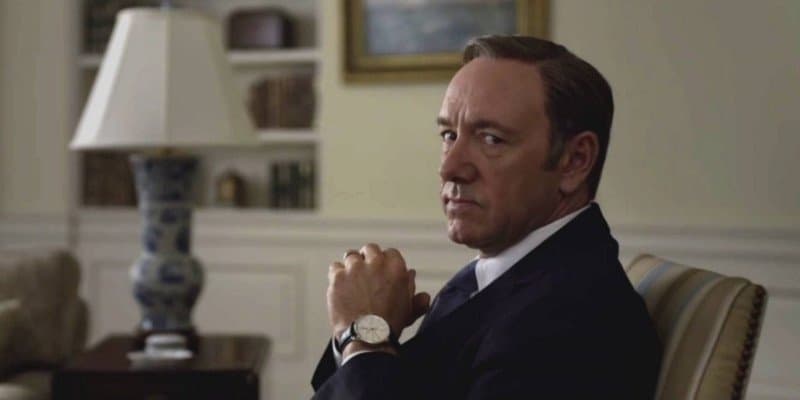 As previously pointed out, there is something about Frank Underwood villainous nature that draws us viewers in, a desire to know more and a hope to see how low President Underwood can go in order to get what he wants. He has certainly earned himself the title of ‘The Villain We All Love’ – Can Frank be stopped? Or will Frank’s troubled history catch up with him? Perhaps in the sense that Shakespeare’s Macbeth’s horror past caught up with him, so will Frank Underwood? Is House of Cards the modern day Macbeth? Can the Shakespearian play give us an insight into the future events of President Underwood? I suppose the only answer is to tune in to season 3 and see how far Underwood can go, and whether his seat in the Oval Office will drive him down paths we thought he would never go. He cannot become any more villainous, can he? 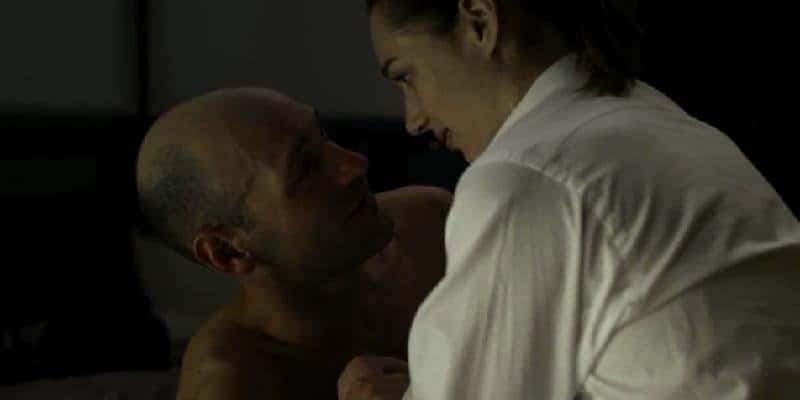 The troubled Politician on the road to recover from his drinking problems, then killed in his car, in a masked suicide job. Peter Russo was the character fans cried sympathetically for, the guy everyone hoped could reach achievements, if not for himself, then for the children he so often let down. Did anyone see this coming at all? A drunk Peter Russo, slowly falling into a deep drunk fuelled sleep, in the passenger seat of his car, when Frank pulled up into a garage, where he started the ignition, and filled Peter Russo’s car with deadly fumes, that ultimately led to his death. The shock of the moment is still with many, who are yet to get over the trauma. However, this was another moment that viewers understood the true capabilities of Frank Underwood and his ability to redraw the perimeters for political gain. The quest for the Oval Office was well underway.

He Pushed Zoe Barnes In Front Of An Underground Train 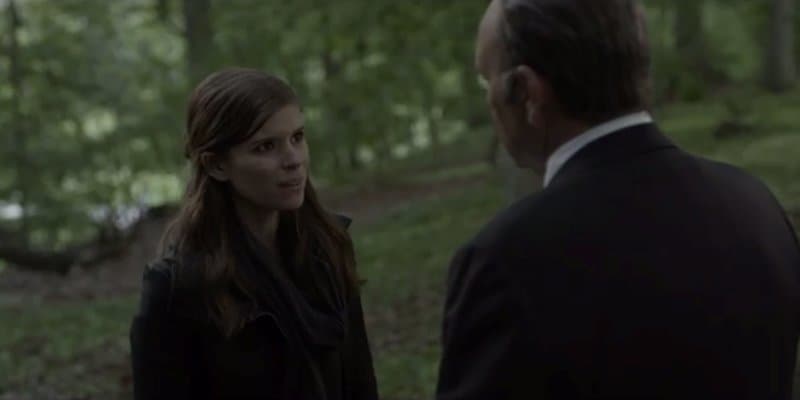 This, without doubt, was the most shocking moment of the whole House of Cards series thus far. Zoe Barnes, who had played a fairly significant role in the series was fatally pushed in front of a metro train, by Frank Underwood. Unfortunately, for Zoe, and for her boyfriend Lucas Goodwin, Frank had managed to escape any blame or conviction, and the authorities decided that the death was purely accidental, and likely a suicide attempt by Ms Barnes, who had tailed Frank for his political wrong doings. Post-accident, Lucas attempted everything to try and bring Frank to justice, but as we all know, when the chips are down, rarely does Frank lose. If you threw Frank Underwood into a cobra pit, he would come out in snakeskin boots. Lucas found that out the hard way, and now spends his days in a cell. Will Frank’s wrong doings catch up with him in season 3?

He Used The Death Of A Schoolchild For Political Gain 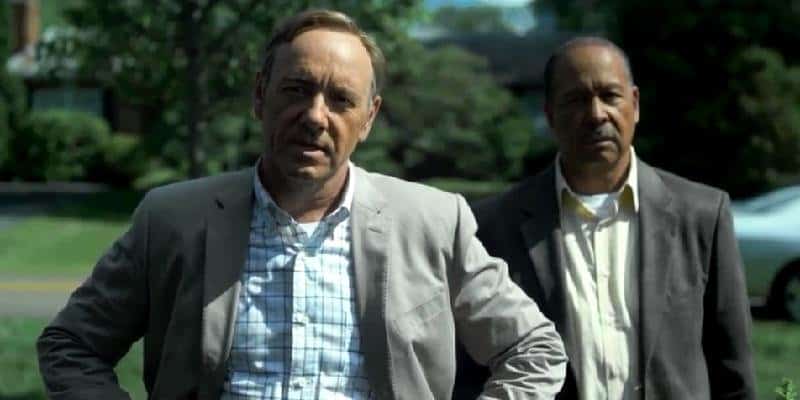 The list of Frank Underwood’s cold misdoings just gets longer and longer, and there seems no sign of stopping the man yet. Just when the Teaching Strike was gathering some momentum, Frank saw an opportune moment to smash it into a million pieces. The death of a third grade child, who was shot to death during what would have been school hours was enough for Mr Underwood. Frank declared that had the schools been in session then the child would not have been in that situation, and would likely be alive to see tomorrow. The reality was, had Frank not been playing games with the teacher’s strike, then the boy would have been in school, but of course, Frank Underwood and honesty are not words that go hand in hand, right? Again, the words sacrifice and political gain are synonymous with Frank Underwood, even at the sake of third grade school boy.

He Killed a Dog 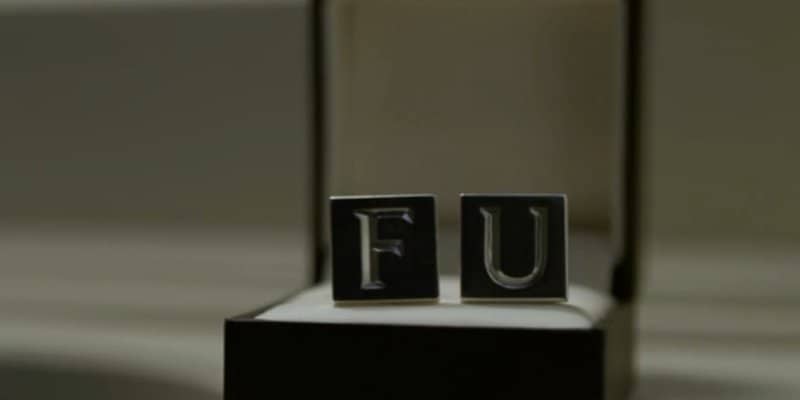 Not exactly a reason to fall in love with the man, but from the very first episode, Frank’s character was clear. Taking the life of a defenceless dog was just the tip of the ruthless iceberg of Mr. Underwood. The show’s creator, Beau Willimon spoke of the horror some fans had during this scene, and was quoted: “The double standards are laughable. People had no problem seeing on House of Cards some of the ways people behaved emotionally or physically violent to one another. But we killed a dog in the first 30 seconds and people freaked out“.

However, those opening 30-seconds absolutely set the standard for the direction the show would take as Frank Underwood had gone from Chief Whip, to President of the United States in a fashion similar to that of a 3rd World Dictator, and he was letting absolutely nobody get in the way of him and his seat in the Oval Office, making him the most powerful man in the Free World. Now that is a haunting thought.