20 Animals Who Are Now Scarred For Life

You Have To Coordinate These Things 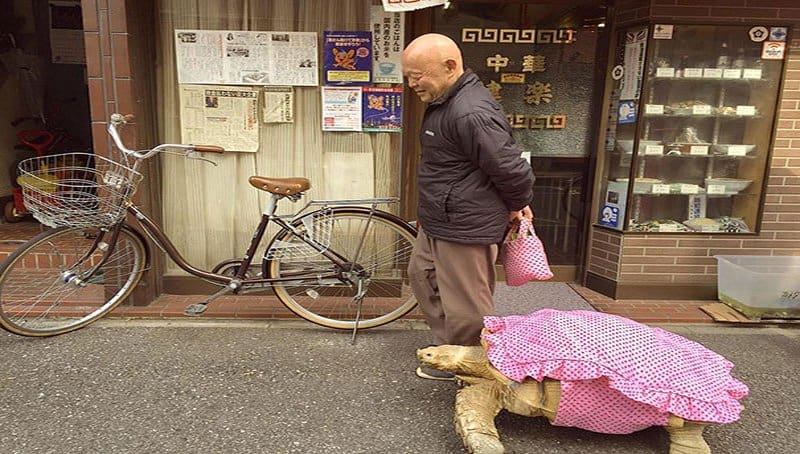 Not only did someone dress that poor turtle, but he had to be dressed to match the purse. Poor guy. He’s going to have nightmares for as long as he lives, which for large turtles can be as much as 190 years.

He Has A Bit Of A Bald Spot 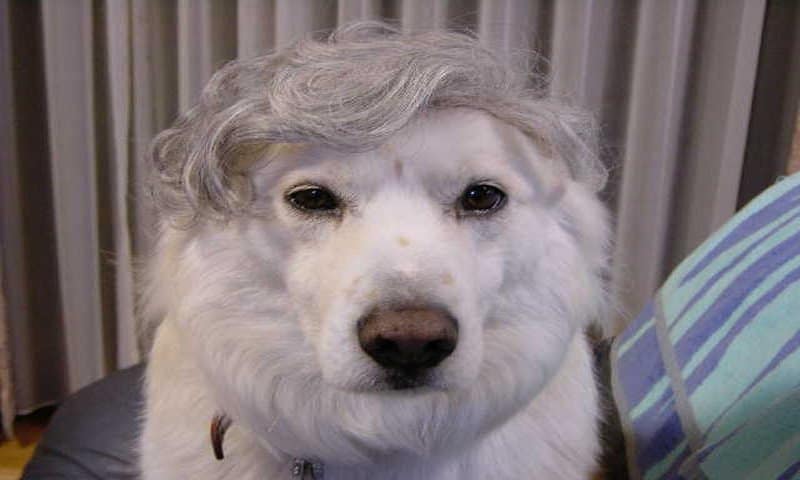 He looks so happy to be trying on your toupee, sir. Now, if you would kindly take this stupid thing off of his head.

Who Dresses A Guinea Pig? 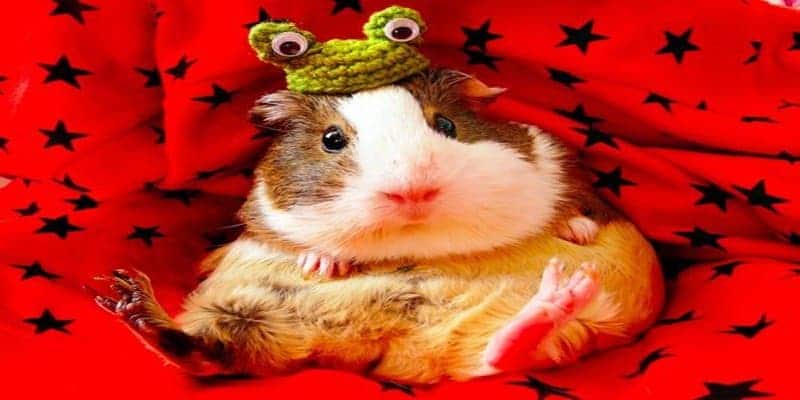 Really, who does that? While the guinea pig does look rather cute, it’s still strange.

Another Small Rodent Scarred For Life 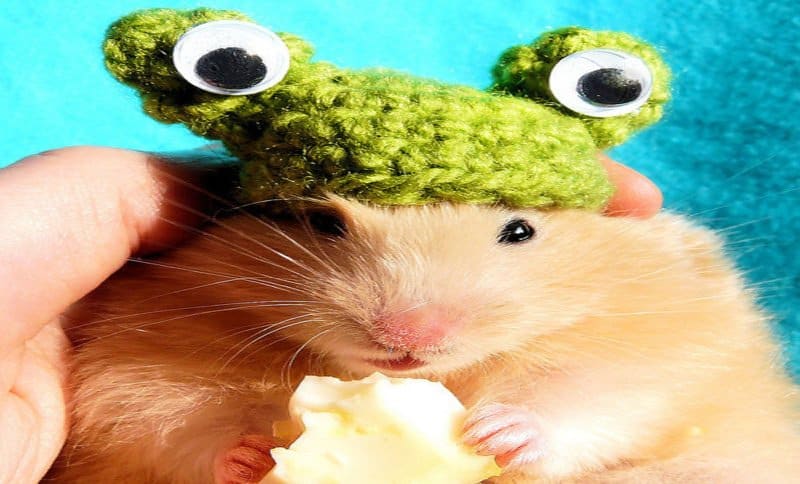 We’re guessing that the person who owns this hamster also owns the guinea pig, since they’re wearing matching hats. Nevertheless, if you’re going to dress up your pet, you should try harder than this.

And The Person Who Put A Hat On This Hamster 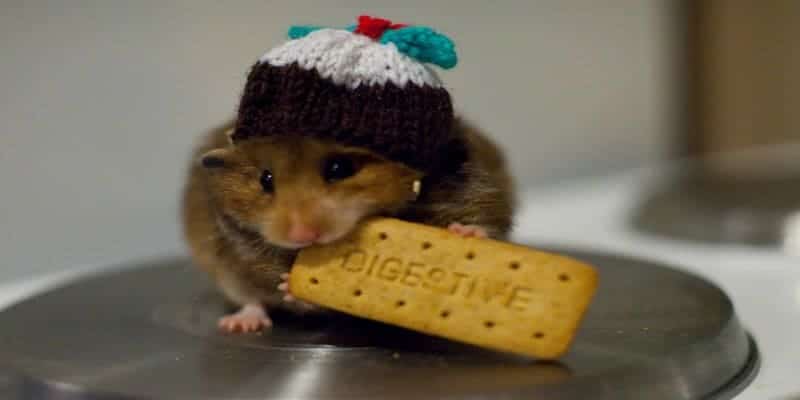 At least he got a treat for his trouble. Honestly, that was probably the only way to get him to stand still for the picture. By the looks of the hat, it seems grandma has been knitting again.

Which Head Is The Real One? 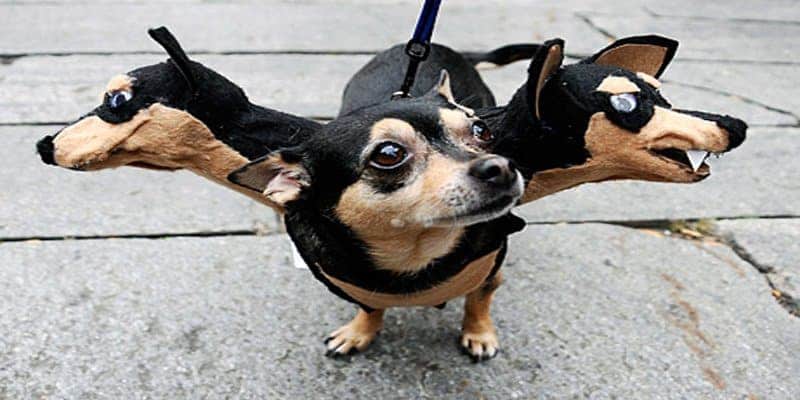 This poor little guy looks so confused. Why do have have two heads attached to me, mommy? 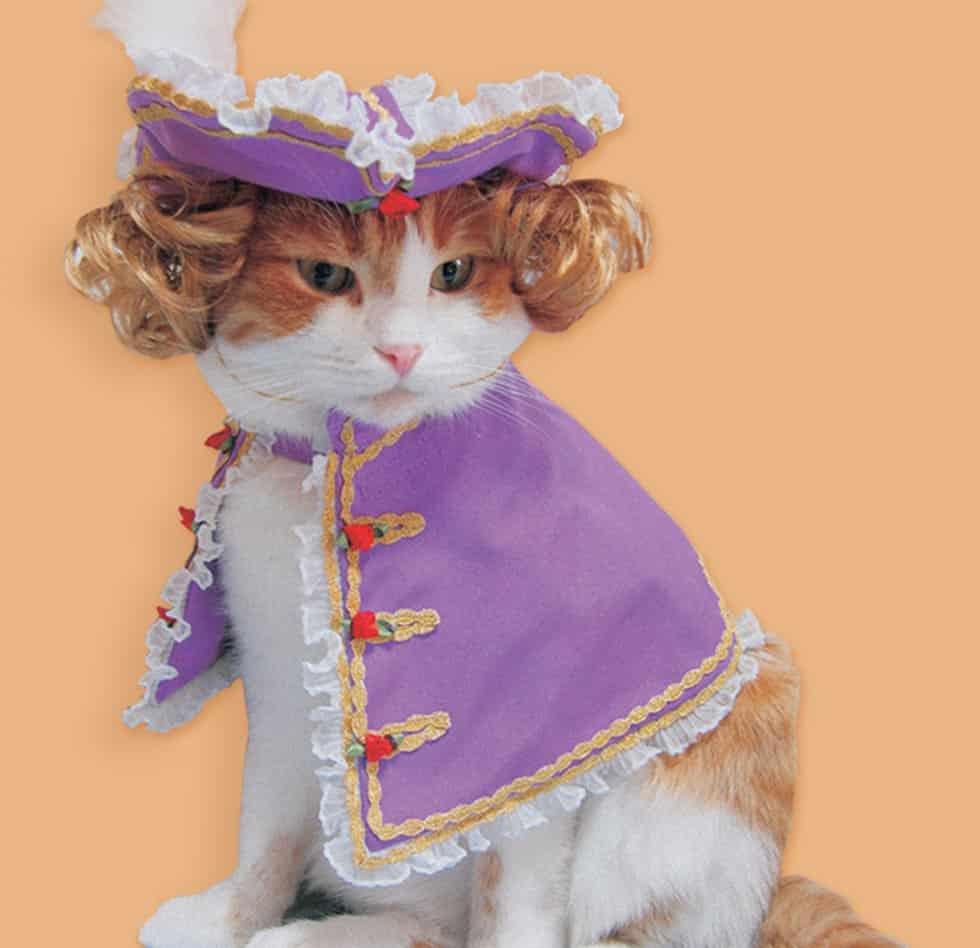 This one might not deserve to be on this list. This cat looks pretty badass, what do you think? 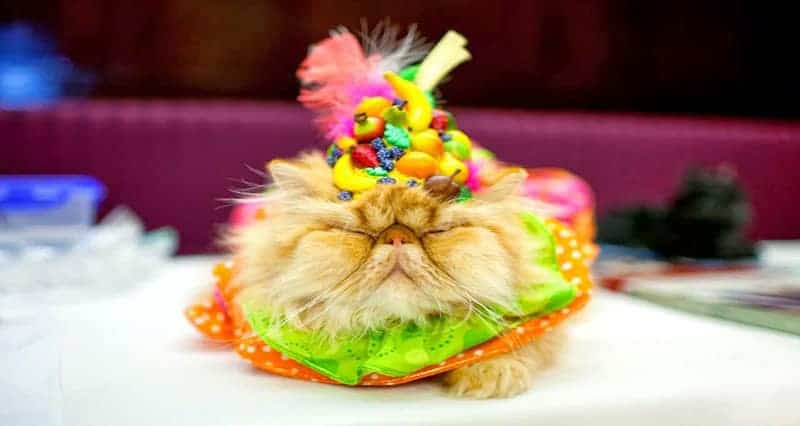 Here’s an idea: let’s put one of those cats, you know, the ones that always look angry or asleep and put him in the loudest, most colorful outfit we can find. The result is this picture.

Is It A Dog Or A Plant 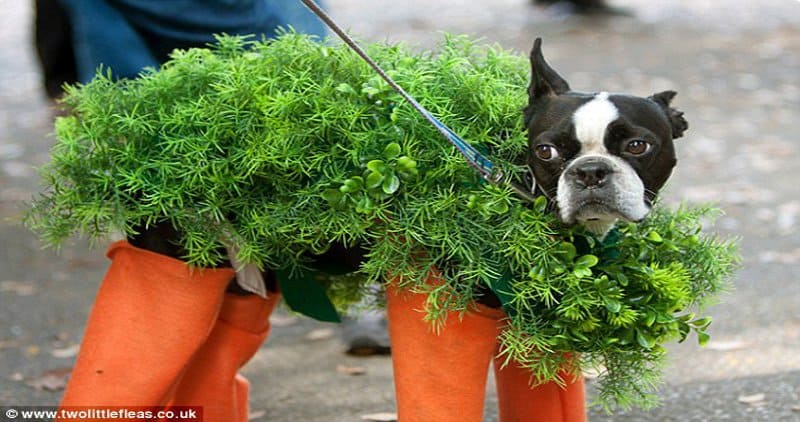 Really, this is confusing. What am I looking at? A dog or a plant?

At Least He’s In Regular Clothes. 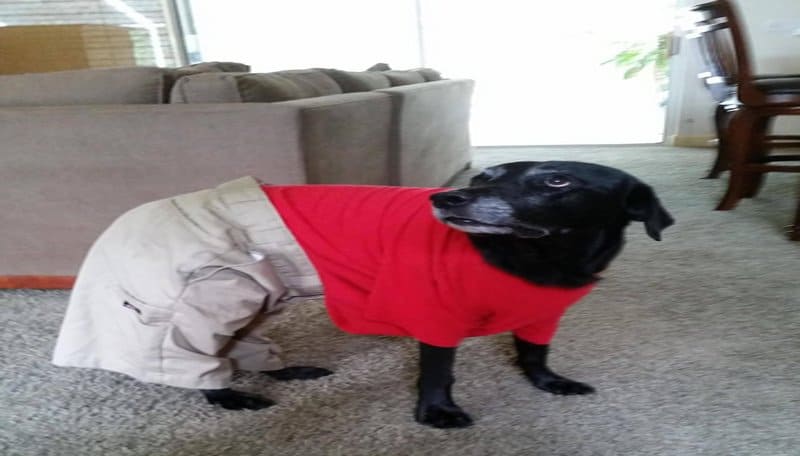 At least this dog is in normal, everyday clothes. The outfit looks comfortable, but he doesn’t look very happy, does he? 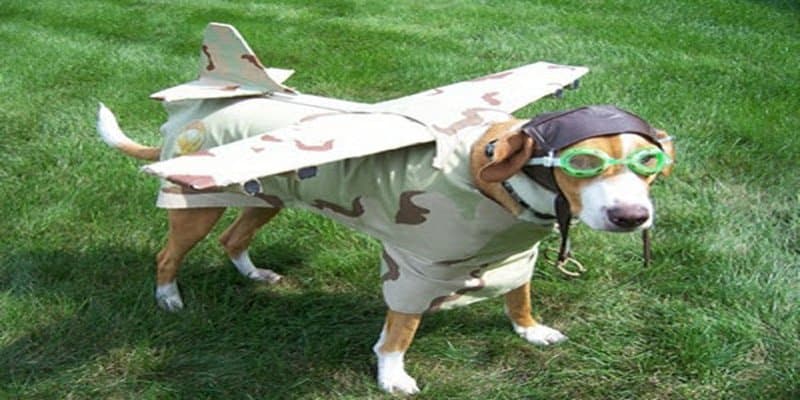 No, it’s a dog dressed as a plane! With a flying helmet and glasses for good measure. 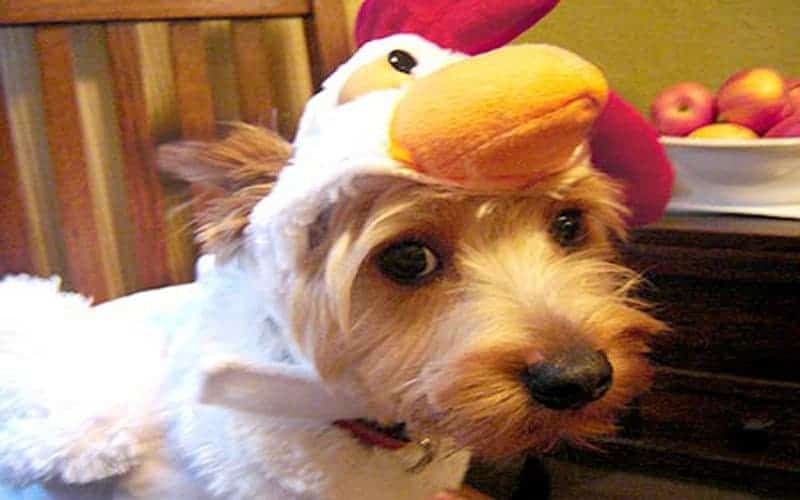 Who’s an adorable chicken? Yes, you are! Seriously, he looks like the least enthusiastic pet on this list. 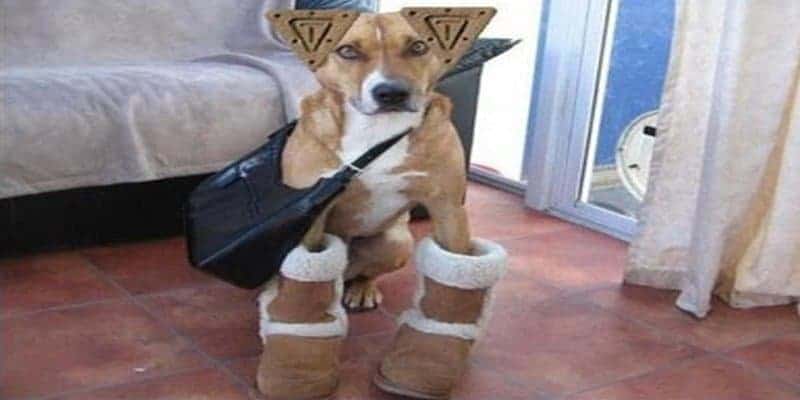 What was this owner going for? Teenager going out shopping? Are those things on his ears real?

Run Away! Run For Your Life! 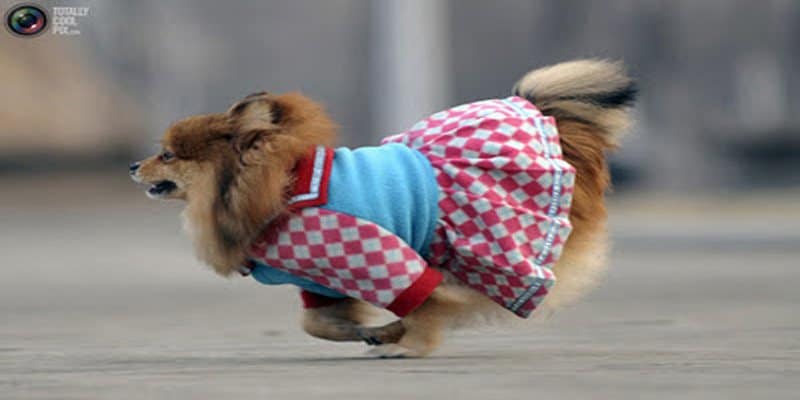 This dog looks like it’s running for its life, then again it seems as if it’s flying. You decide.

Dude Has A Sick Sense Of Humor 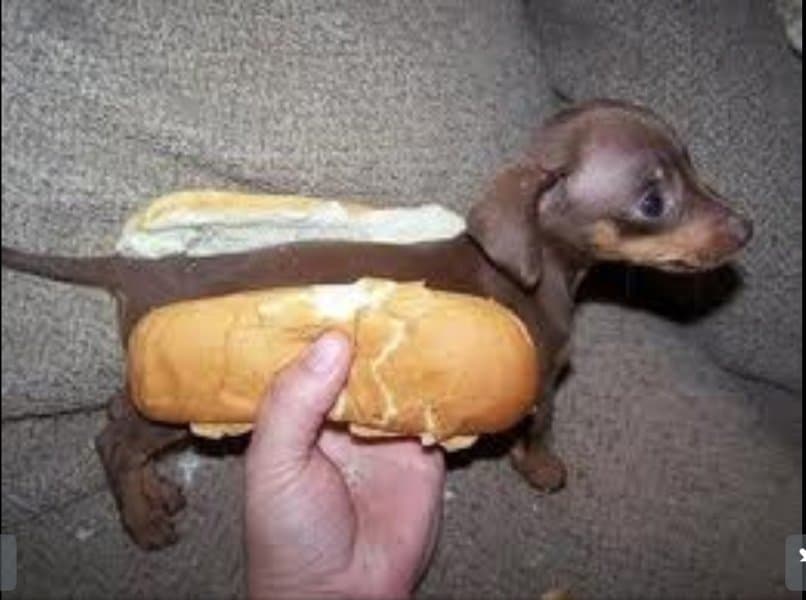 Really, really sick sense of humor. The poor guy looks terrified. Don’t eat him! “You’re so cute, I could eat you up” is a figure of speech, dude. 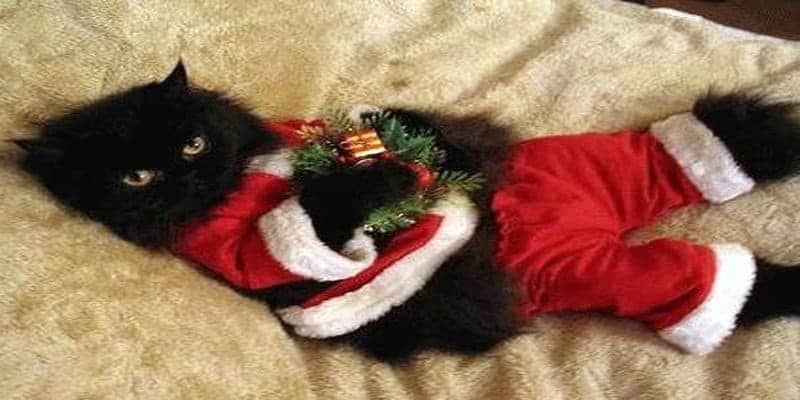 You better sleep with your eyes open! This cat knows where you live. As cute as he may look now, you can see the rage in his eyes.

Polly Is A Good Sport 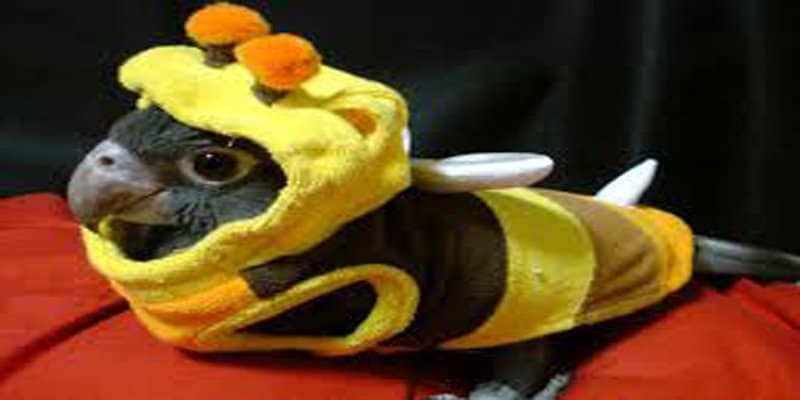 This bird is taking his costume surprisingly well. You’d think having his wings strapped to his body would drive him nuts.

I Wonder How Long This Took 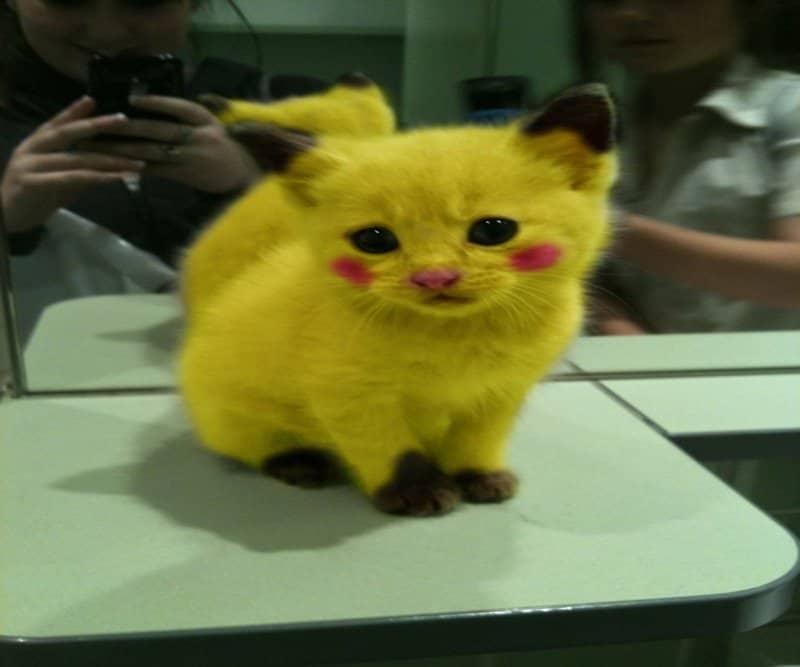 While this is extremely well done, it doesn’t look all that real. Whether it’s real or not, it has inspired people to dye their pet’s fur.

You May Be Laughing Your Butt Off 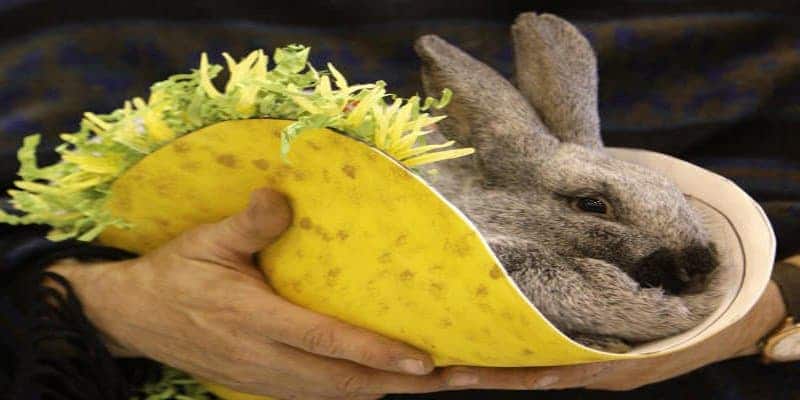 This rabbit looks like he’s having a blast, doesn’t he? He’s thinking, “Yeah, yeah. Have your laugh. Take your pictures. Then let me back in my cage for lunch and a nap. I deserve it for putting up with you people.”

It’s Getting Hot In Here 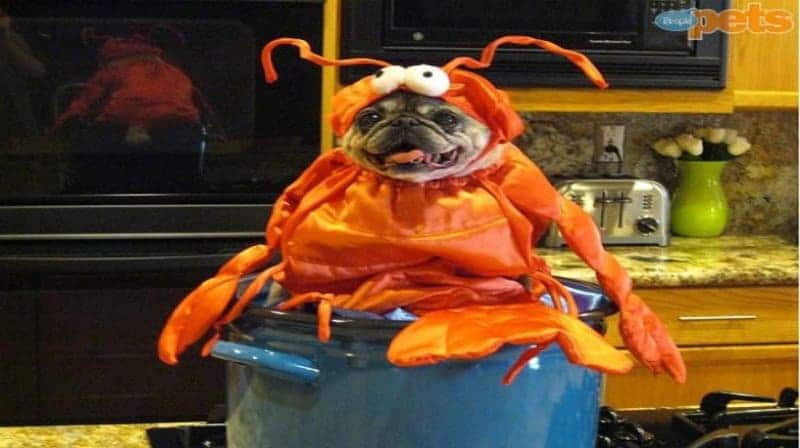 Is that a giant lobster? Nope, it’s a dog who now wonders when he’s going to get paid for wearing this ridiculous costume.