18 Overhyped Inventions That Were Total Flops

Every year, the tech industry bombards us with products vying to be the next big thing. But it’s a dog eat dog world out there, and consumers have grown weary of all the marketing gimmicks. Some readers might remember the endless array of useless gadgets brought to us by the tech-boom of the 90’s, like the CueCat or Microsoft Bob. More recently, consumers rejected hyped-up innovations like the Segway, which tried unsuccessfully to revolutionize walking.

Tech companies aren’t the only ones guilty of overhyping a product. The automotive, food, and entertainment industries have likewise produced catastrophic duds. Here’s our list of eighteen infamous examples. 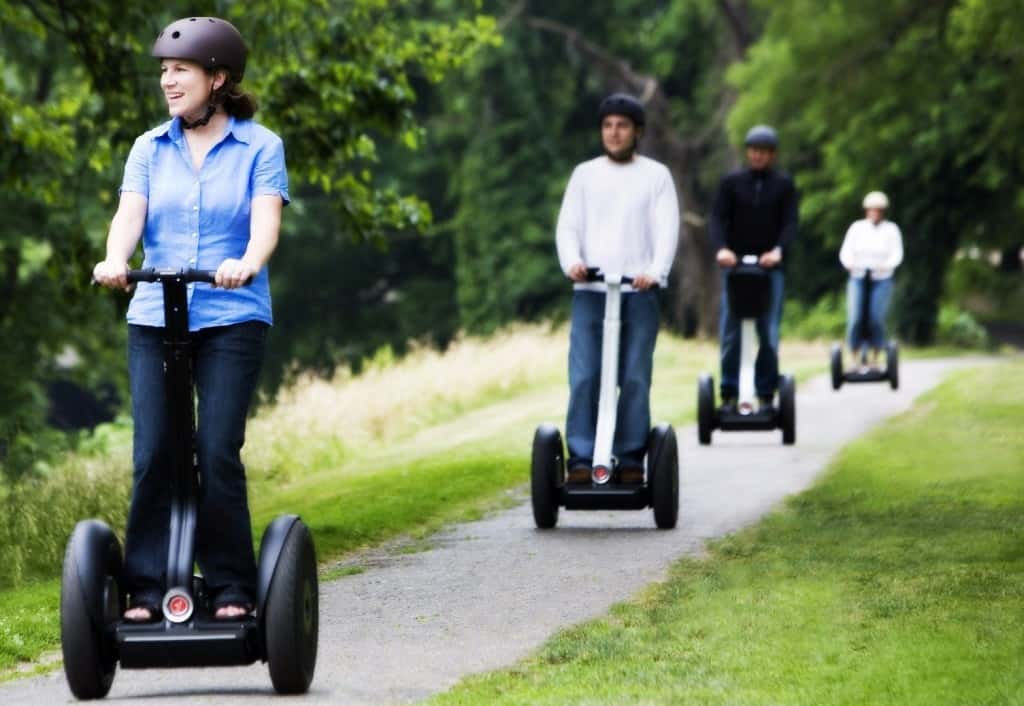 Known by the mysterious moniker “Ginger” before its unveiling, high-profile tech experts like Steve Jobs praised the Segway as a revolutionary gadget, on par with the first personal computer. Speculation abounded among the press and public. When it was finally unveiled, consumers were curious, but ultimately unimpressed. The expensive scooter trawls along at a measly top speed of 12.5 miles per hour, making it practical only in pedestrian areas, from which it was banned in the UK and some US cities. Today the Segway survives only as a novelty transportation device used in city tours. 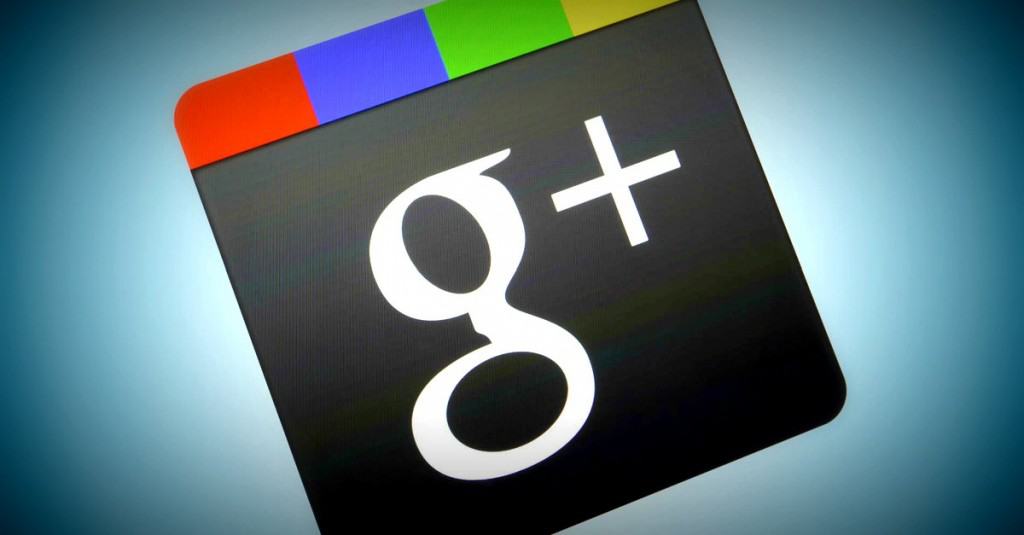 Once touted as Facebook’s biggest competitor, or even ultimate replacement, Google+ failed to find an audience among social media users. The confusing layout was a major turn-off, even if it was somewhat more intuitive than the competition. Google+ stills exists – barely. A 2015 survey found only 9% of the social networking site’s 2.2 billion profiles actively post content. Google continues to push the service, much to the chagrin of their users, who are forced to create a Google+ account in order to use the company’s more popular services. 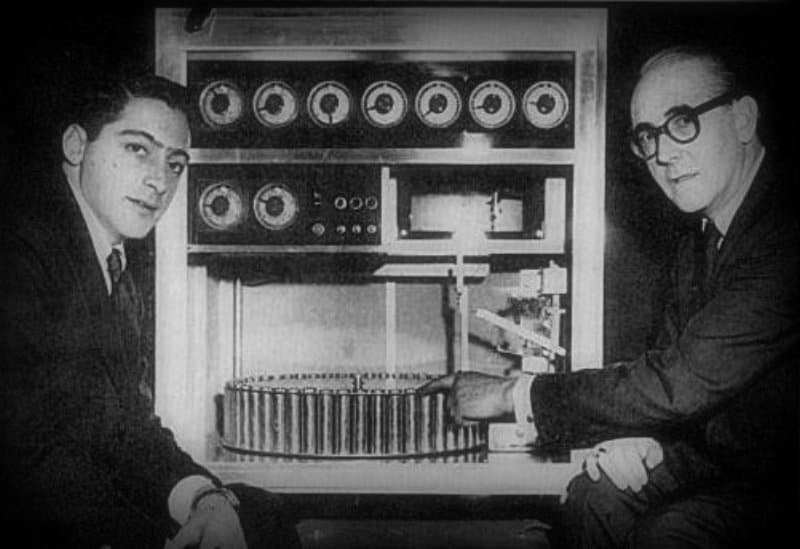 Who hasn’t had the idea? Movies provide the sensory experience of sight and sound, why not smell? Turns out, it works better on paper than it does in real life.

Smell-O-Vision was invented by Hans Laube, who co-produced the movie Scent of Mystery to showcase his device. At designated moments in the film, the device pumped odors into the theater isles. Odoriferous scenes from the movie included a character smoking pipe tobacco, a freshly baked loaf of bread being taken out of the oven and waved in front of the camera, and exploding wine casks which, apparently, smelled like exploding wine casks.

Smell-O-Vision might have caught on, were it not for its disastrous 1959 premiere. The device made loud hissing sounds when it released an odor, and the placement of the scent pumps made it difficult for patrons in the front and back rows to smell the action, causing them to sniff loudly and annoy everybody else. Engineers later fixed these problems, but by then it was too late. The bad reviews poured in and Smell-O-Vision flopped. 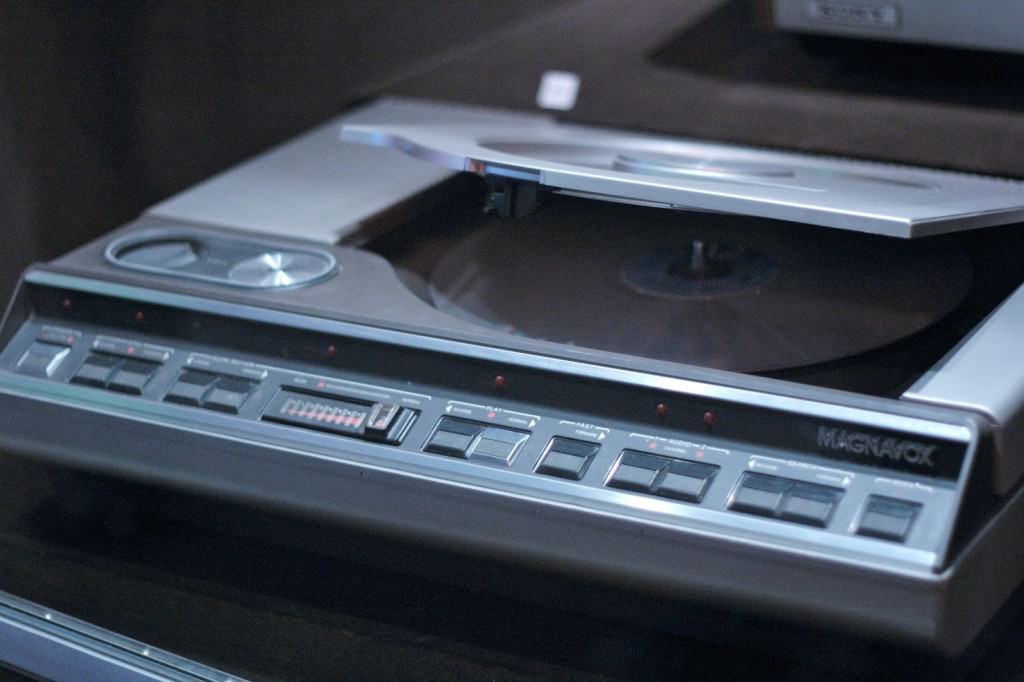 Oh, the format wars. VHS vs. Betamax, DVD vs. Bluray – but how many people remember the humble LaserDisc player? Touted as the superior choice for cinephiles who appreciated quality, the price tag and lack of versatility in home recording sealed LaserDisc’s fate in North America and Europe, though it remained popular in the affluent regions of Asia. 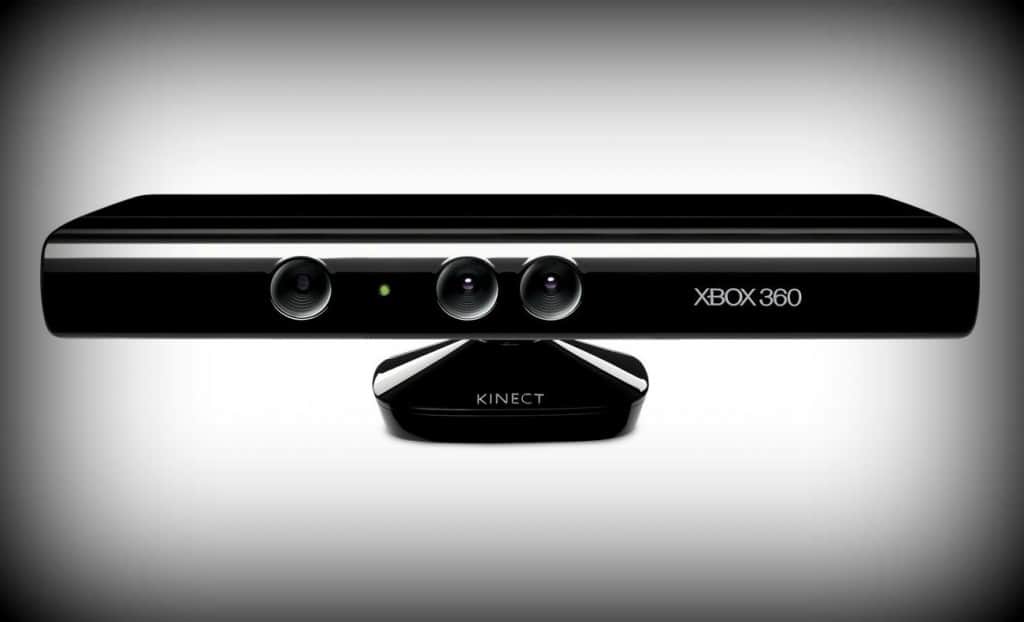 Kinect was supposed to change the way we interact with our TV. It didn’t. For the most part, the Xbox accessory remains an expensive and impractical novelty. Voice recognition doesn’t work well, motion control is clunky, and worst of all – it gave us Kinect Star Wars, the most disappointing Star Wars game since the Trials of Obi-Wan debacle. 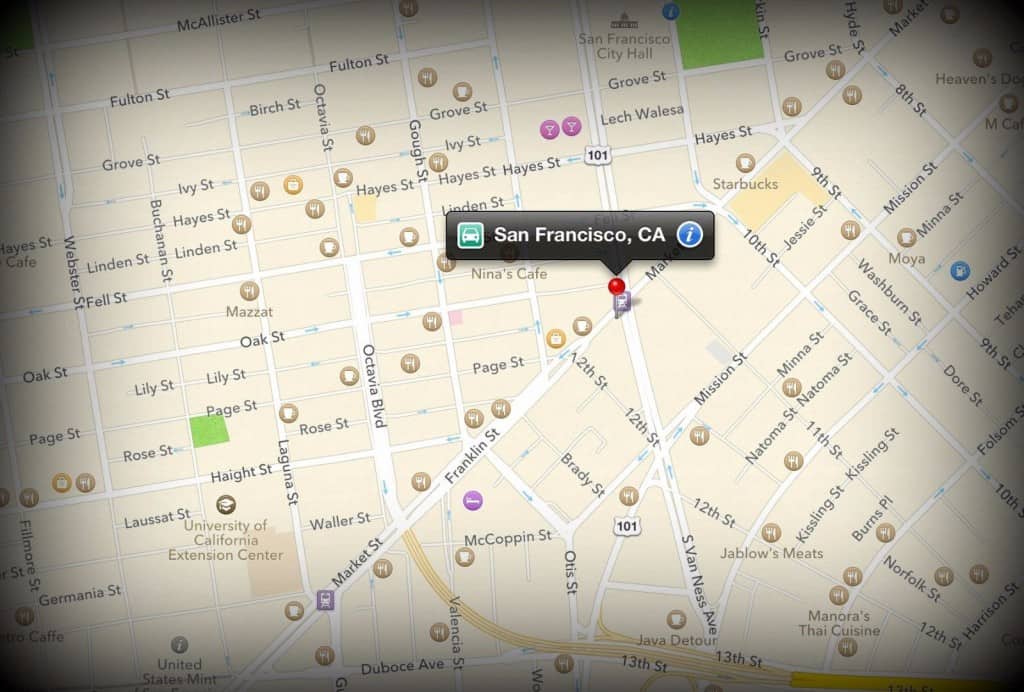 Sometimes, designing software from the ground up creates something fresh and innovative. Occasionally, it creates a product that tells you to drive into brick walls.

After splitting with the far superior Google Maps, Apple decided to integrate their own mapping software in all their devices. The move puzzled tech experts, who questioned why Apple would undergo such a risky venture when there were other well-established mapping services they could have utilized, like Yahoo! and Bing maps.

The service was plagued with bugs at launch, and gave poor and sometimes dangerously incorrect directions to users. Apple has stood by their lemon, however, and the app’s default integration into their OS led to Apple Maps overtaking Google’s service in number of downloads. 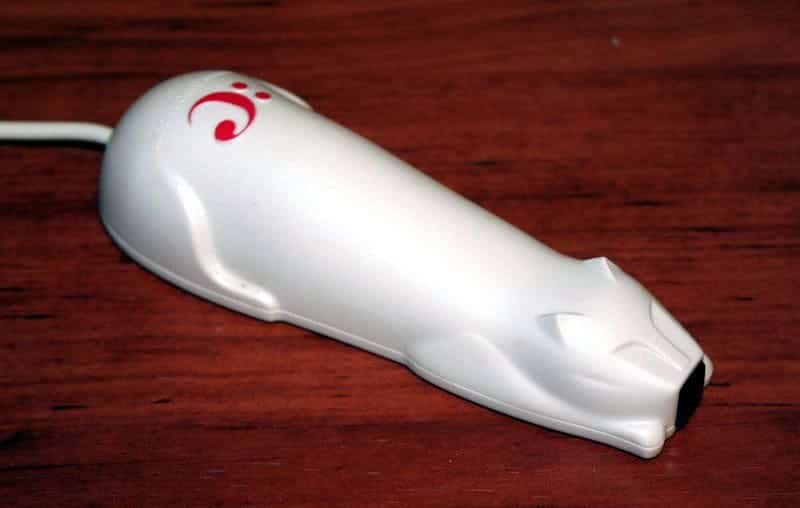 The CueCat was a computer accessory used to scan specially designed barcodes, called “cues”. Cues were printed in magazines and newspapers, and when scanned would direct the user to a relevant web page. Despite a much hyped launch, and cues appearing in major magazines like Forbes, Wired, and Parade, the little gadget was a commercial failure.

It didn’t help that industry critics hated it. CueCat was accused of being useless. Since it needed to be plugged into a computer, users could just as easily type in the web URL themselves.

In some ways, the CueCat was ahead of its time. It predated the modern use of QR codes, which likewise load webpages after being scanned, by ten years. It just took smartphone technology to make the idea practical. 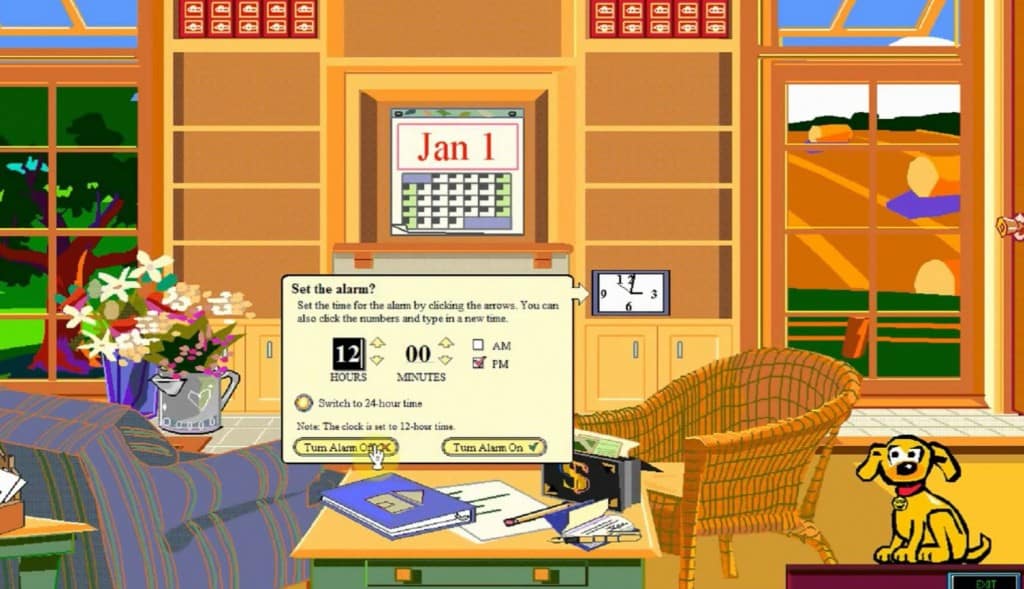 You aren’t looking at a children’s game. You’re looking at Microsoft Bob, a cartoon-themed operating system launched in 1995. Billing itself as a user-friendly computer interface, it took the form of a virtual house with virtual cartoon pets, who used speech bubbles to guide you through the already painfully simple interface. As Time magazine’s Dan Fletcher put it, “Imagine a whole operating system designed around Clippy.“ 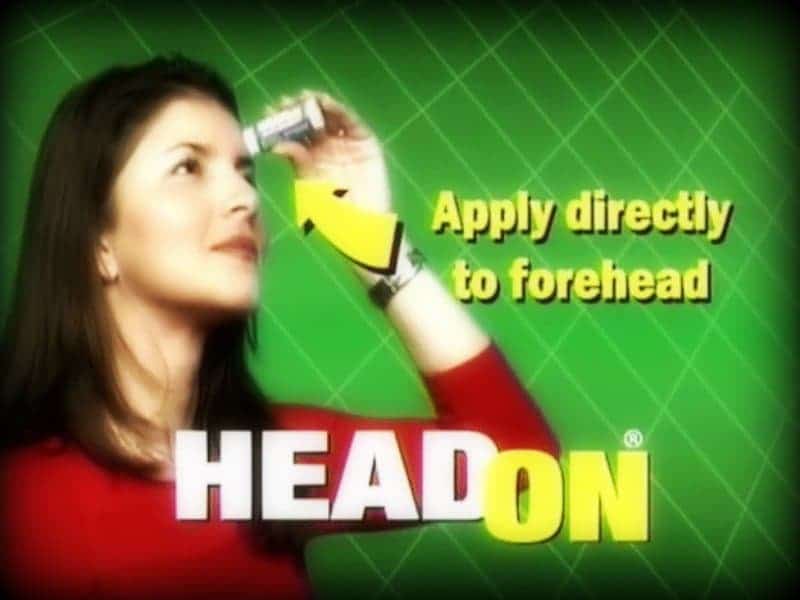 “HeadOn: Apply directly to the forehead.“

Those irritating commercials turned out to be an ingenious marketing work-around. While one naturally assumes Head-On is used to treat headaches, the commercial actually never made that claim. In fact, it didn’t claim HeadOn did anything at all, which it doesn’t. It has no active ingredients. The product is simply wax in a tube. They couldn’t legally say HeadOn was an effective remedy, so they simply implied it, heavily.

Unlike the other items on this list, HeadOn has been successful, thanks in part to their annoying adverts going viral. What makes it an overhyped flop? The simple fact that it does nothing, despite being advertised 24/7. 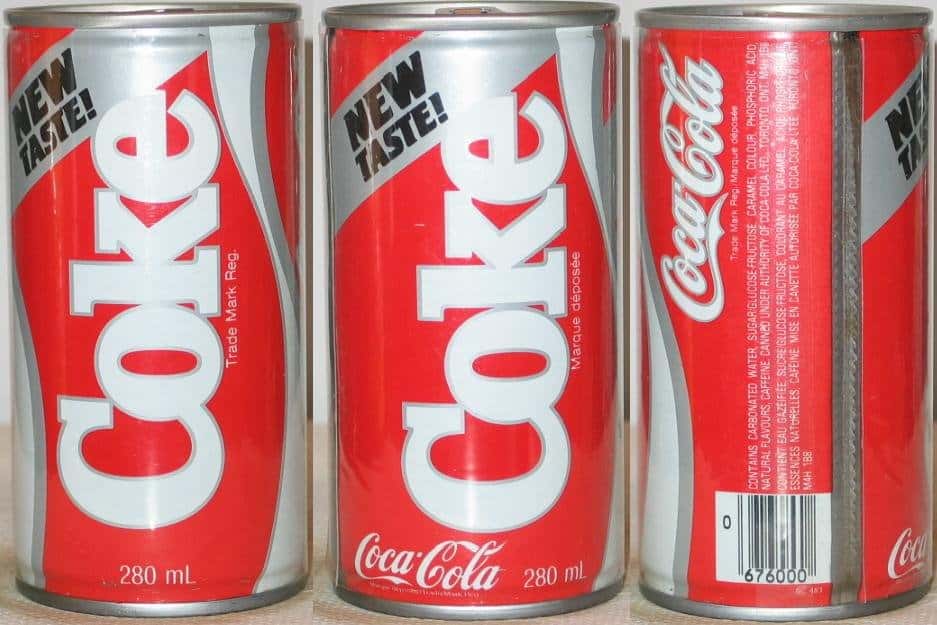 Don’t fix what isn’t broken. That’s the lesson to be learned from Coca-Cola’s failed attempt to “improve” their classic formula. Consumers hated the new taste, and Coca-Cola quickly killed the project, re-releasing the original product with the new labeling Coca-Cola Classic. 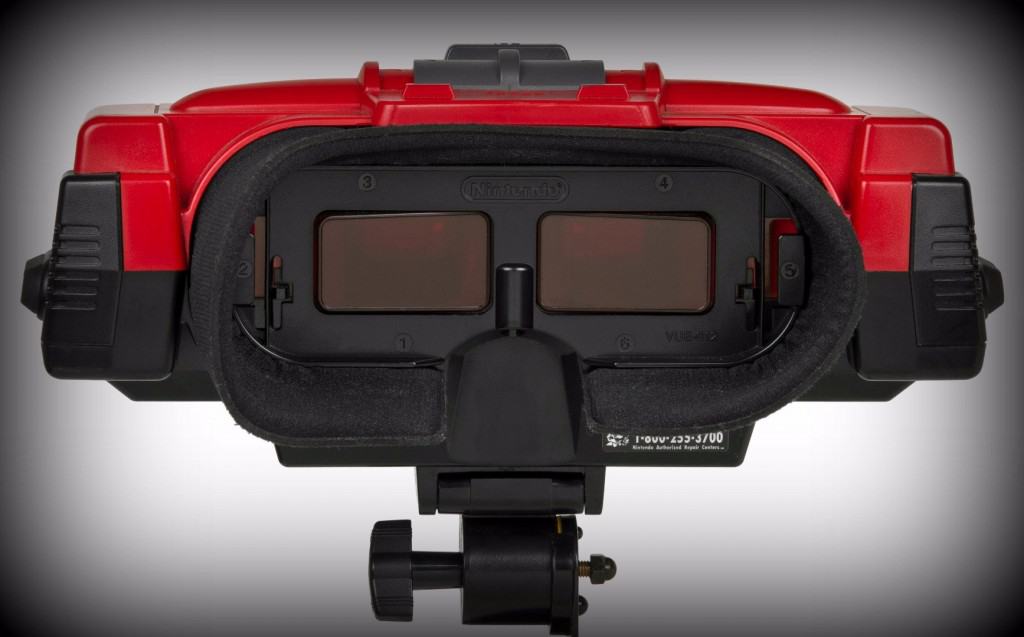 When Nintendo released the Virtual Boy in 1995, the technology to make virtual reality headgear just wasn’t up to par yet. What was supposed to be a game-changer turned out to be an eyesore, or rather – something that caused sore eyes.

Hair in a Can 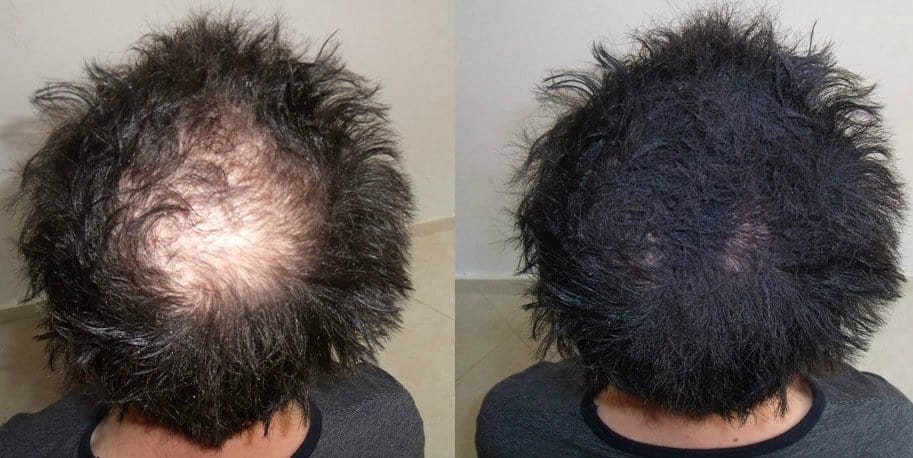 You can only imagine the boardroom meeting that came up with this gem of a product. ‘They put cheese in a can, why not hair?’ Endlessly hyped on late-night infomercials, the product claimed to be an effective beauty treatment for bald spots. The reality? Like most As-Seen-On-TV products, Hair in a Can was a total dud. The can sprayed a fine, dust-like substance that wouldn’t convince anyone you’re not going bald – only that you desperately want to hide it. 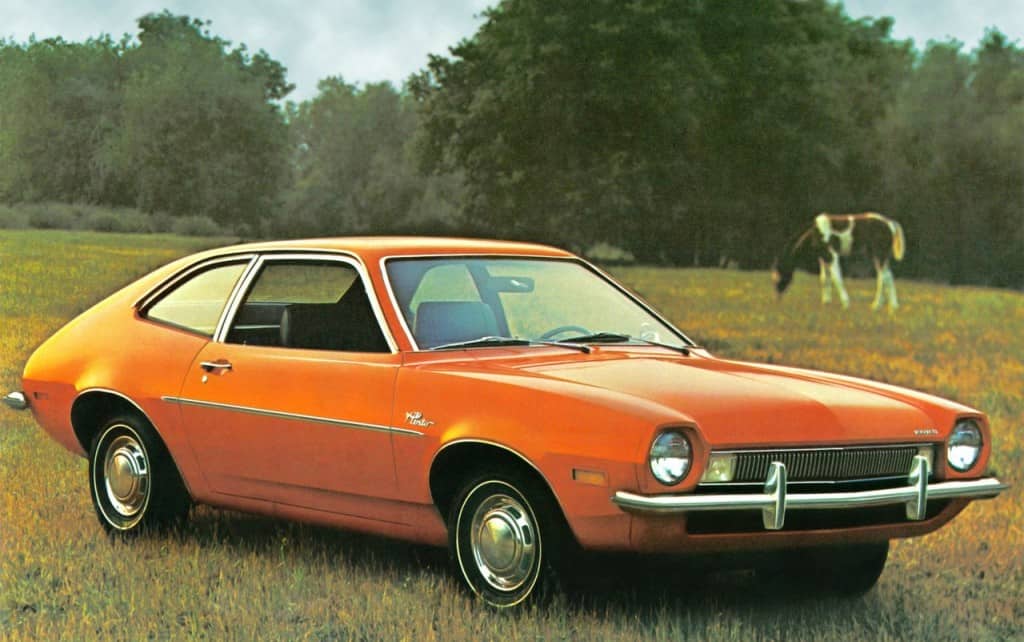 What has four wheels, one cabin, and a man burning to death inside? That would be the Ford Pinto. The propensity of some models to explode after minor collisions earned the subcompact a bad reputation from the get-go. 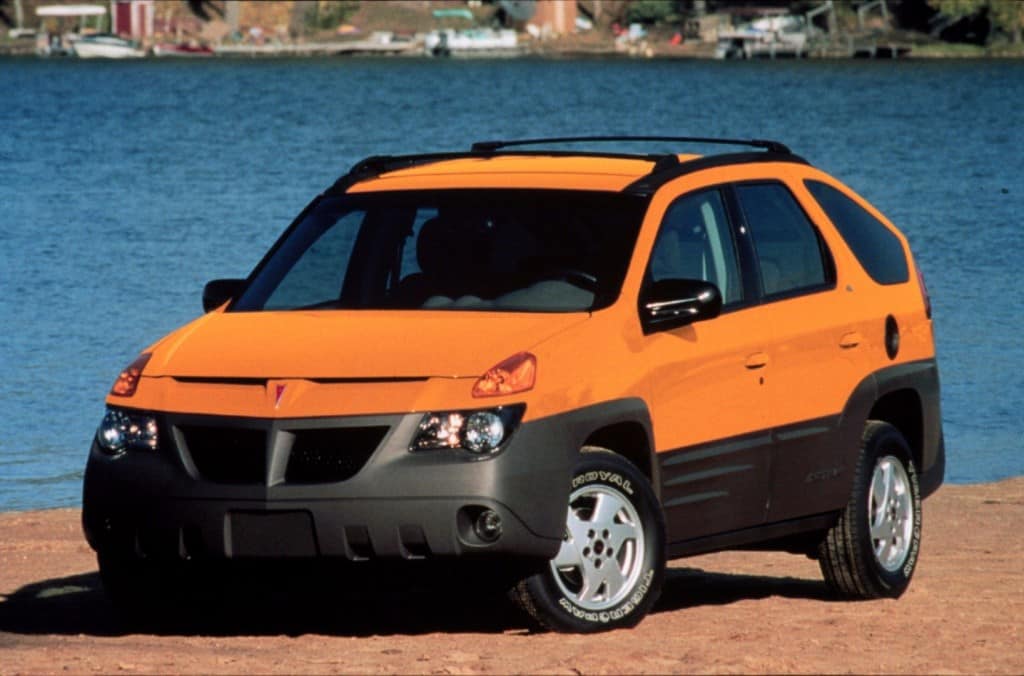 Another vehicular flop, the Pontiac Aztek was touted as the world’s most versatile car. Most consumers agree, it’s also the world’s ugliest. 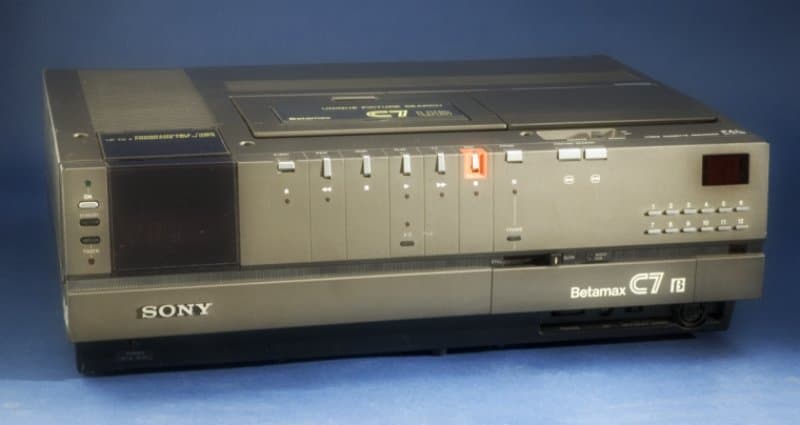 The format war between VHS and Betamax home video systems remains a watershed moment in business and marketing history. Sony’s Betamax and U-Matic’s VHS technology duked it out until consumers finally chose the longer tape length and greater affordability offered by VHS. 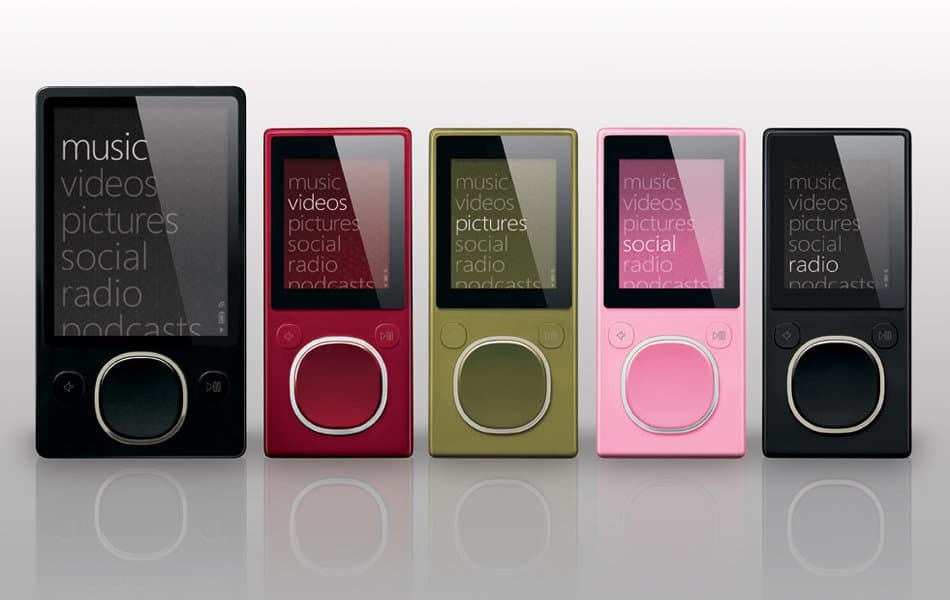 “The most salient feature of the Zune seems to be that it’s not an iPod.” Said New York Times columnist Rob Walker. Indeed, Microsoft’s ill-fated attempt to launch their own version of Apple’s iPod had little else going for it. It garnered a small but dedicated group of defenders, but on the whole consumers saw little reason to choose the bulkier, less intuitive Zune over its competition. 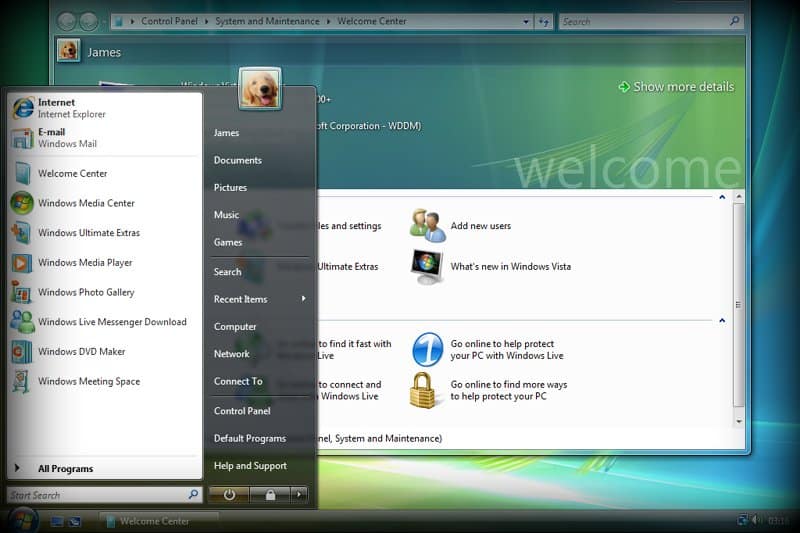 An endless source of nerd-rage, Vista was intended to replace the widely beloved Windows XP in 2007. Despite Microsoft’s claim that “nearly all PCs on the market today will run Windows Vista“, the immense strain the operating system put on consumer grade computers left many of them useless. Even Microsoft’s own executives hated it. Mike Nash, then Vice President of Windows Product Management, said of his PC: “I now have a $2,100 e-mail machine.”

Many people preferred to continue using Windows XP until the release of Windows 7 in 2009. 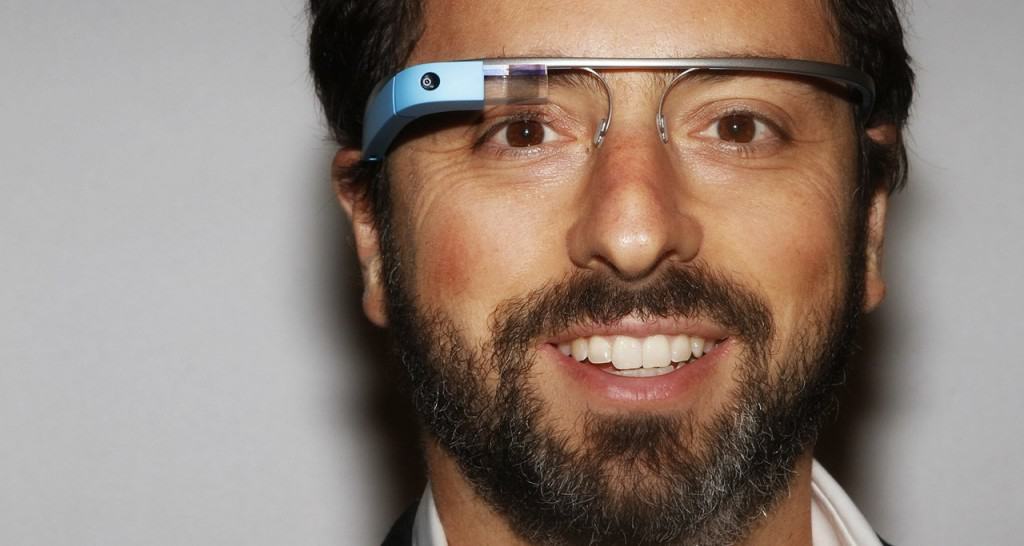 What more can be said about the massive disappointment that was Google Glass? The technology certainly looked cool, figuratively speaking – but in the end, the ability to record audio and video so inconspicuously creeped a lot of people out. Even while early adopters praised the device, concerns over privacy gave Glass a negative public image. In January of 2015, Google halted the production of prototypes, but remains optimistic about the gadget’s success in the future.