10 Of The Most Unique Moons Within Our Solar System

The cosmos may seem like a vast and random place, but make no mistake about it, there is definitely a set pattern to its elements. The planets, stars, moons, asteroids, meteors and other invisible forces are constantly dancing with one another and the ripples of these astral bodies can be felt across the cosmic sky. The moons may feel like insignificant partners to their much larger planetary bodies, but their purpose is unmistakable. Without the moons, none of the planets would exist in peace, and the gravitational pull between these bodies serves many purposes as well. We may think that all moons are lifeless craters, but there is great diversity within them as well. Here is a list of 10 of the most unique moons in our solar system itself. 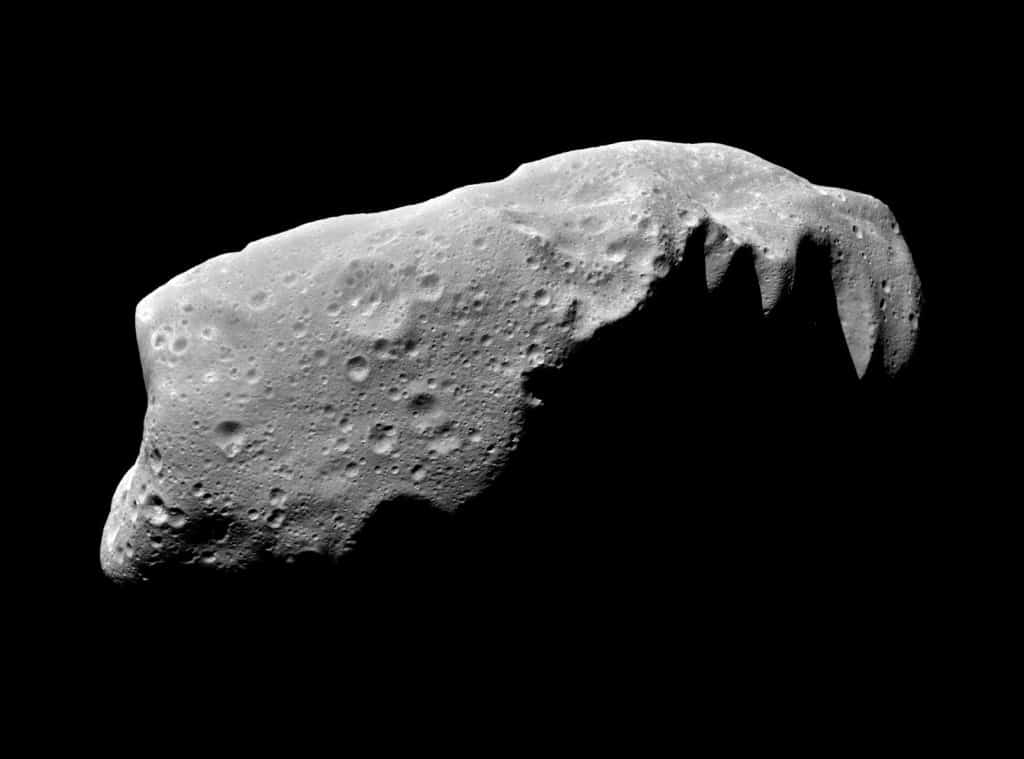 Not all moons have to revolve around planets to qualify as moons. Dactyl, for example, is the smallest moon in our solar system, and it actually revolves around an asteroid. You can see the asteroid in this picture on the left, and the tiny speck next to it is its moon. Dactyl is only a mile wide and is barely visible in space. 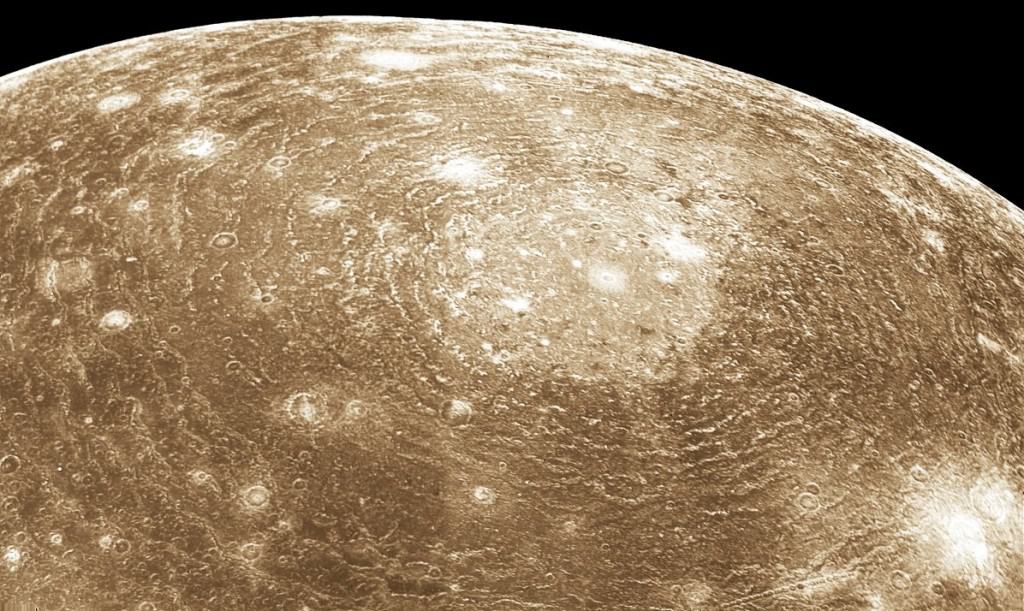 The first thought that comes into our mind when we think of moons is the craters. Callisto, one of Jupiter’s moons, actually has more craters than any other object in the solar system. This moon is also the largest body in our solar system to not undergo any geological activity. Due to this, the craters keep piling up on its surface continuously, and after 4 billion years, has now transformed into the most cratered body of all-time. 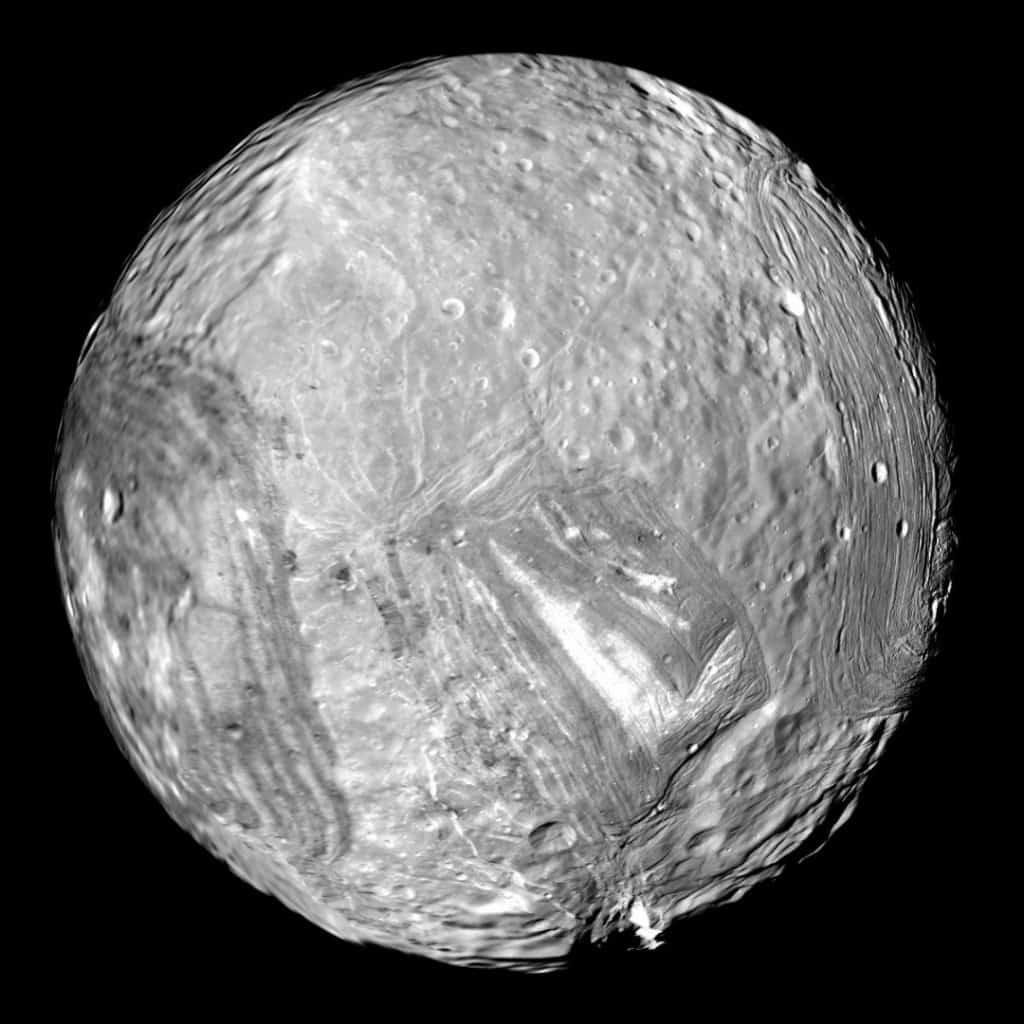 It might be a bit unfair for us earthly souls to judge celestial bodies, but we apparently do, which is why Miranda is called the ugly moon. Even from its photograph, we can tell why this moon got its nickname. The vast number of ridges, valleys and canyons that shape this moon nearly disfigure it entirely and give it an outward wayward appearance. This moon actually has canyons that are 12 times deeper than the Grand canyon, and if we ever get there, it must make for one beautiful sight. 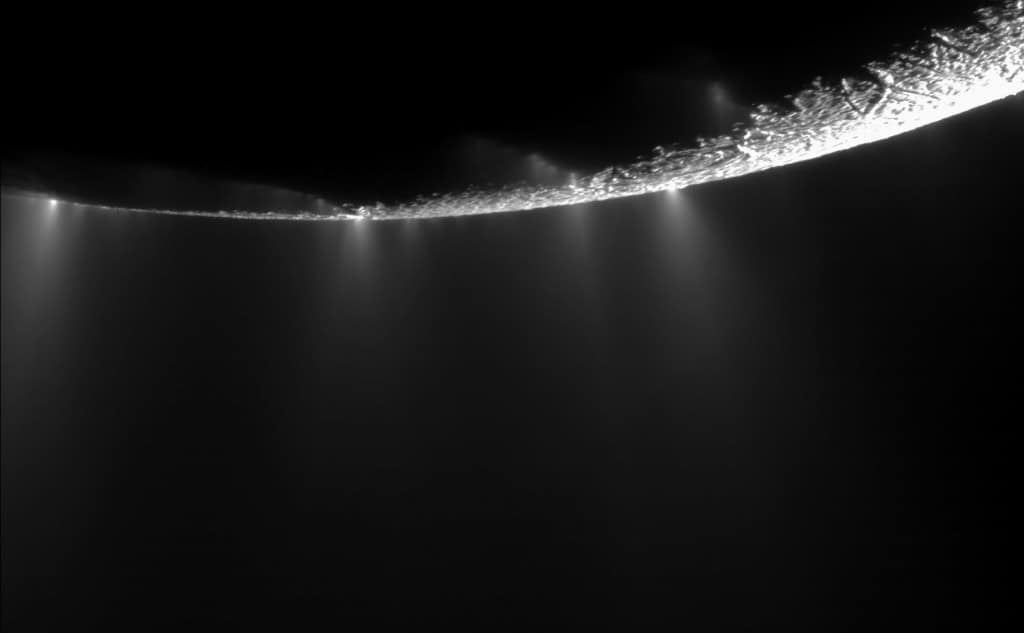 Enceladus has the privilege of being one of the most reflective bodies of the entire solar system, making it a truly unique entity. This is one of Saturn’s inner-most moons and nearly 100% of the light that hits it is reflected perfectly. It even has a large number of geysers that keep spewing out hot air constantly. In this picture, you can see the geysers and the reflective property of the moon combining to provide one amazing photograph. 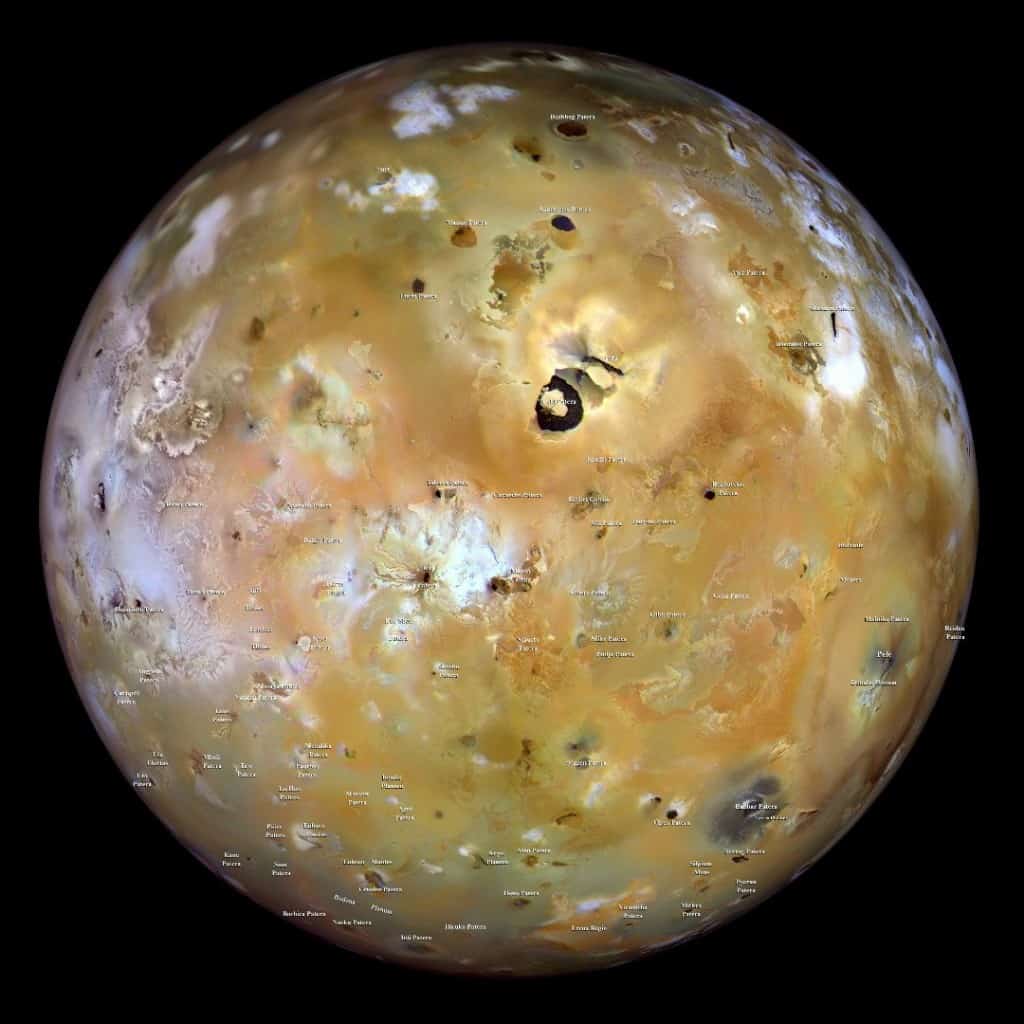 Io may seem like an extremely bizarre name for a moon, but it is almost a bit ominous in this situation. Io is sometimes compared to Mordor from Lord of the Rings, because the entire surface of this planet is covered in volcanoes and is an extremely inhospitable environment. The eruptions are so frequent on Io, that there is bound to be at least one nearly every second of every day.

Epitmetheus and Janus have the unfortunate destiny of sharing the near-exact orbit around Saturn. This is why these moons end up nearly crashing into each other once every four years and they attempt to switch places around the orbit. The closest these moons actually get to one another is 6,200 miles, and that may seem like a big distance to us, but in space, it is only considered a few inches apart. 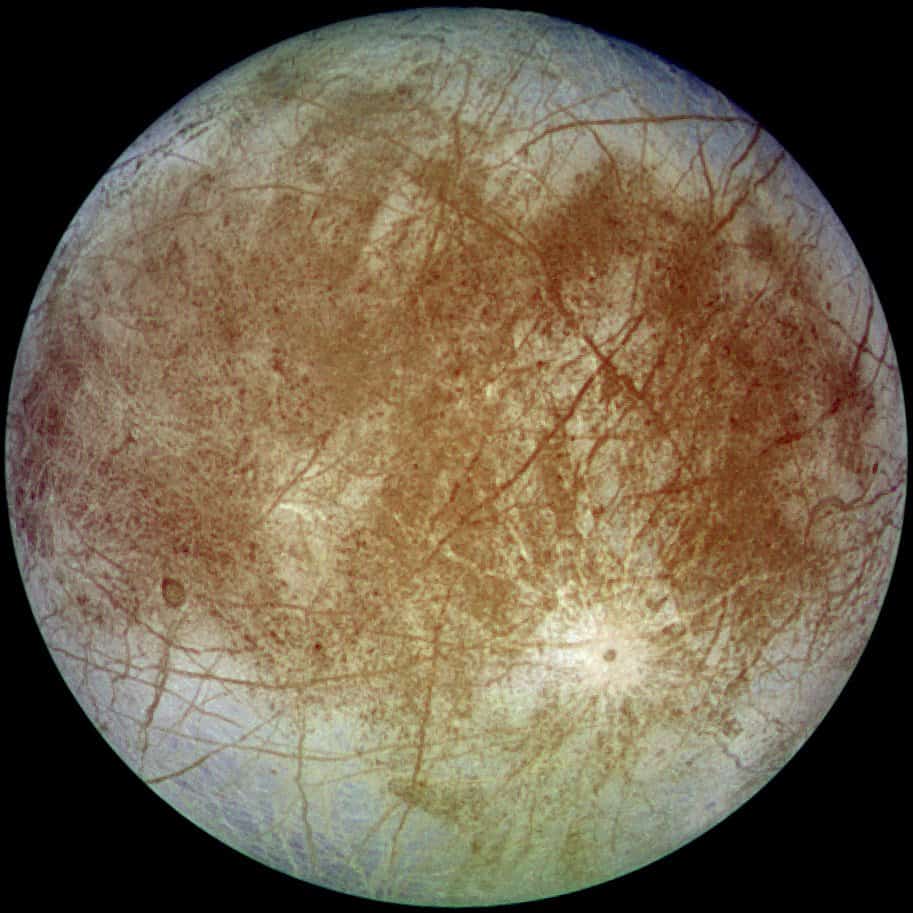 Europa, one of Jupiter’s moons, departs from the crater imagery in a big way. This moon has an extremely smooth outer surface, because the entire moon is covered with one massive ocean of water with an ice crust on its outermost surface. Scientists have estimated that the total water content on Europa alone could be twice or thrice as much as the amount on Earth. 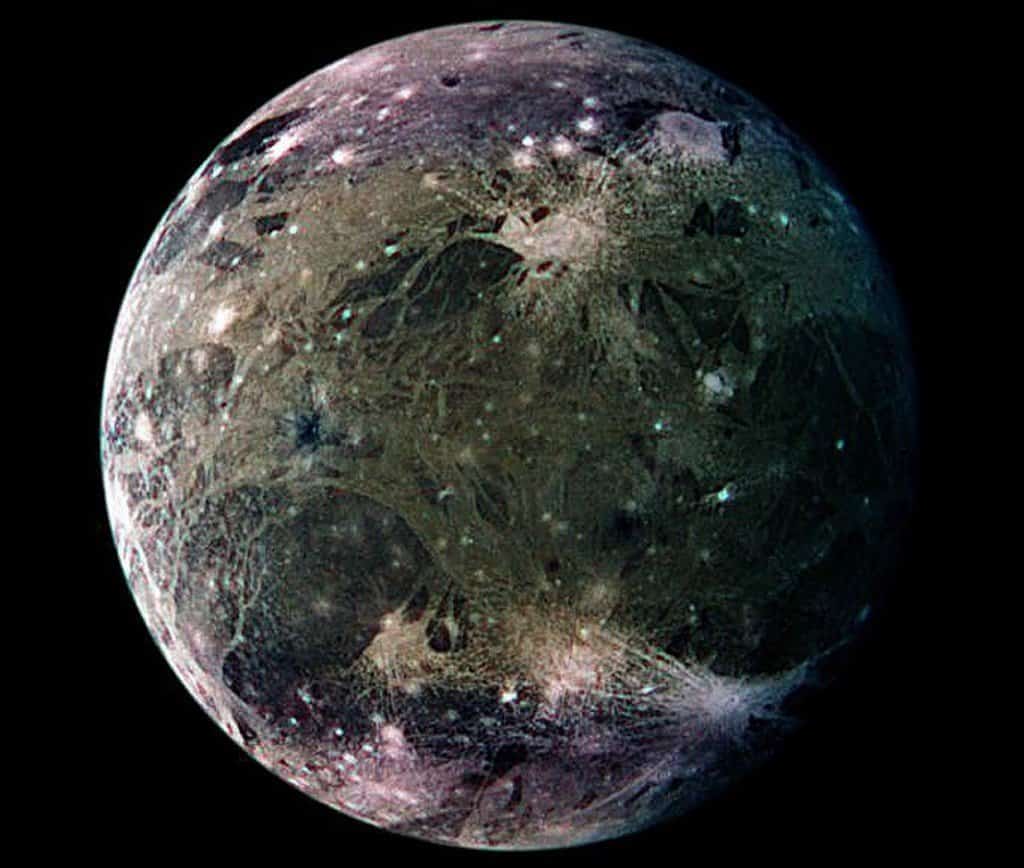 Ganymede is the largest moon in the solar system and it belongs to Jupiter’s orbit. It is actually so big that if it did not revolve around Jupiter and moved around the sun instead, it would be considered a planet. It is 8% larger than Mercury and nearly 75% of the size of Mars. 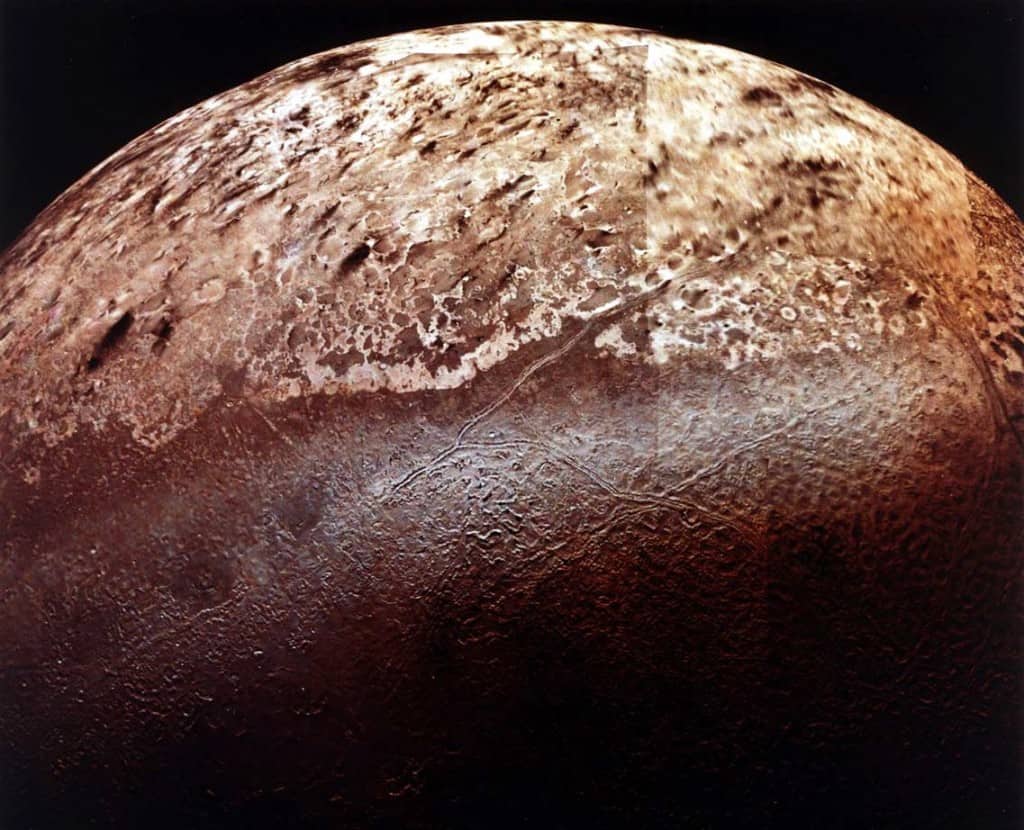 Have you heard of ice volcanoes? Neither did I, but apparently Triton, Neptune’s largest moon, has plenty of them. Triton’s volcanoes actually erupt liquid water and ammonia that literally freeze as soon as they come in contact with the frigid outer temperatures. Triton is also the only moon in the entire solar system that actually orbits its planet in the opposite direction of the planet’s rotation. Things just go crazy when the temperatures drop I guess. 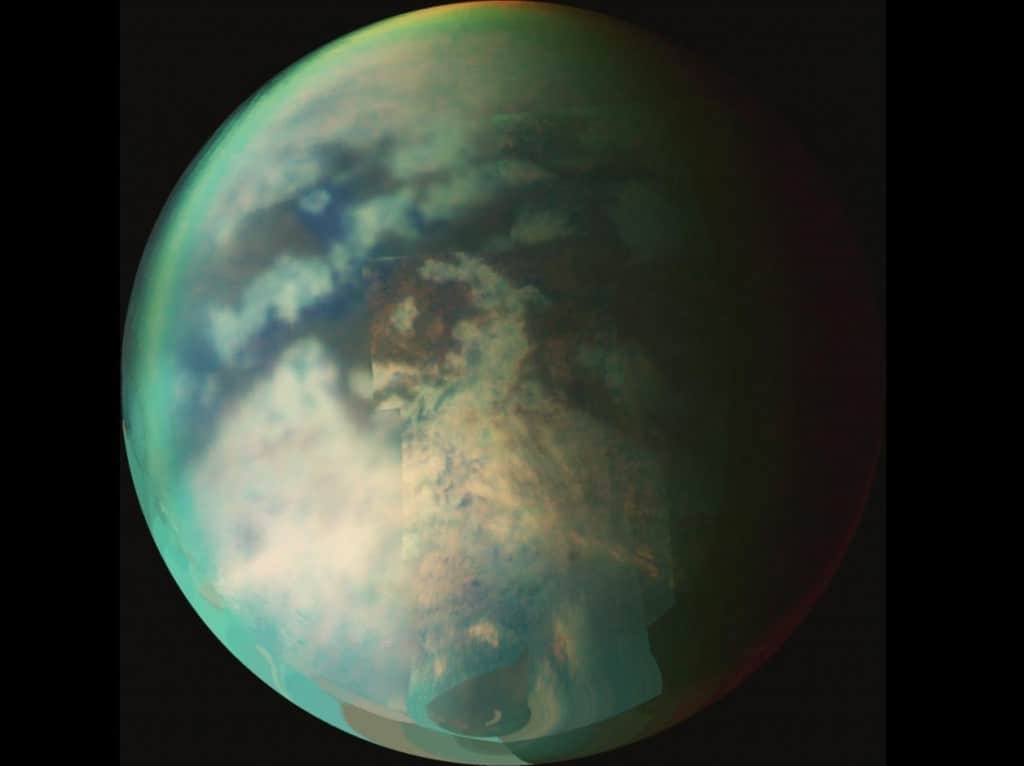 If we ever get a chance to colonize another astral body, then Titan would be our best bet. It is our home away from home, the moon that is nearly identical to Earth itself. It has a dense atmosphere that is nitrogen-based, just like our own and has liquid seas as well. The only problem is that these seas could be filled with methane as the methane levels in the planet are quite dense. Still, of all the observable bodies around is, Titan comes the closest to mimicking our conditions.