10 McDonald’s Toys That Are Now Worth Serious Money

When they are first handed out, the toys that come in the McDonald’s happy meals are about as cheap as they can come. Then something happens over the years and suddenly some toys that look all cheap and flimsy end up being collector’s items. Once these things become collector’s items, they start to go up and up and up in value and pretty soon, these little toys, that you used to be able to get alongside a meal that generally costs around $3.00, are worth several hundred dollars all on its own. This doesn’t mean every toy that is offered up in a happy meal is going to become something that has value. Check out the 10 McDonald’s toys that are worth some serious money and let us know what you think in the comments section. 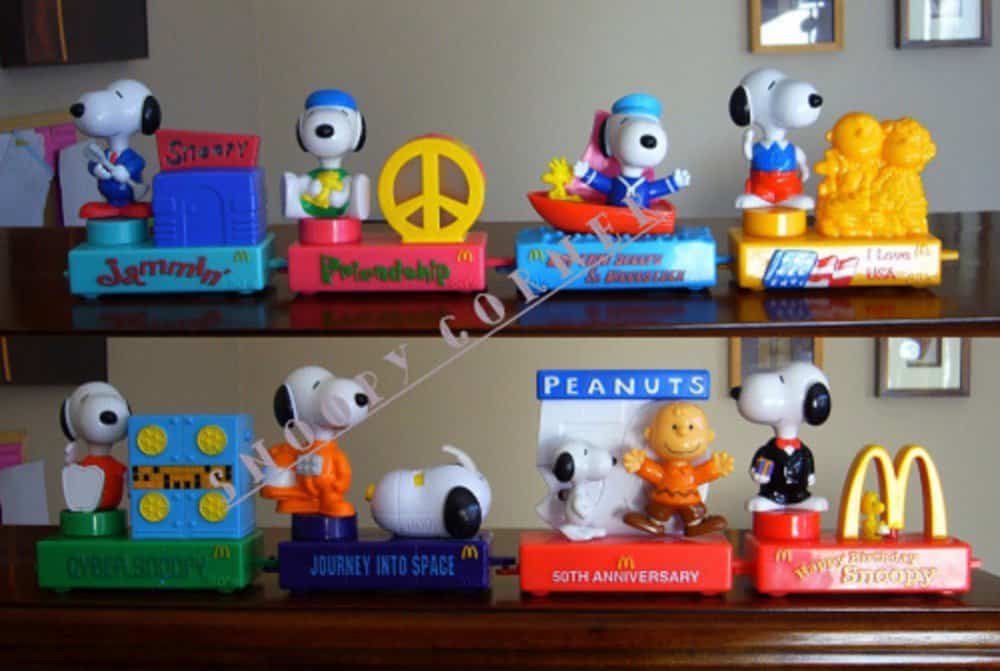 The 50th anniversary toys of Peanuts’ Snoopy were made to look like parade floats to celebrate his birthday. For those who were able to get all eight of the figures, they can offer the set online for more than $100 according to recent bids. 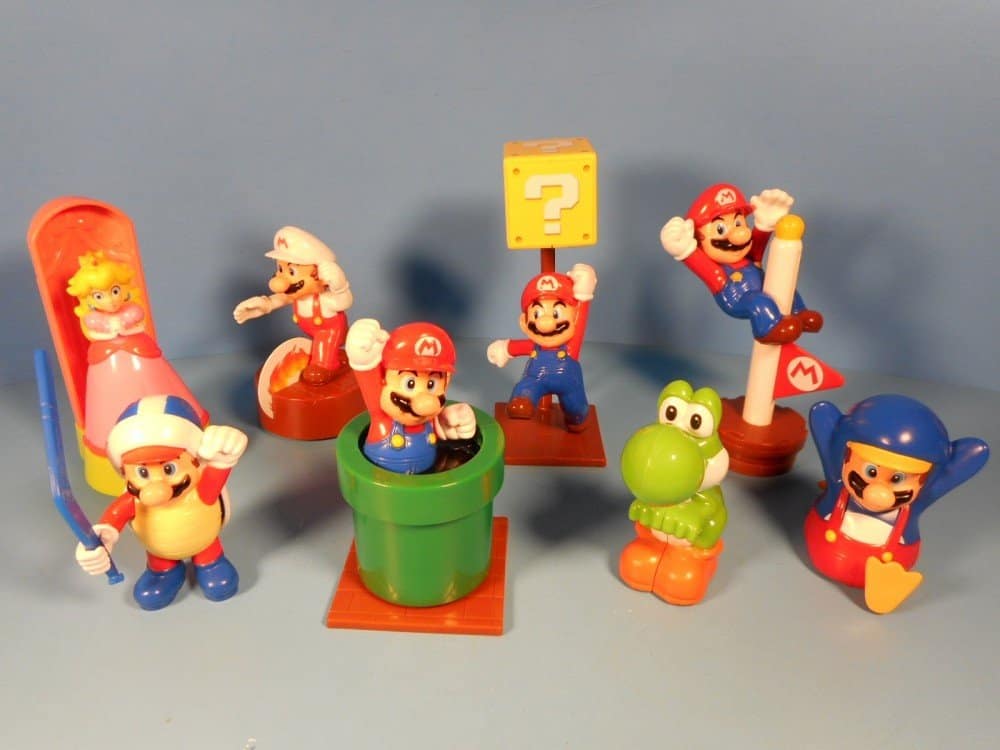 Released in the 1990’s, the set is based on the very popular video game series. There are six toys that are variations of Mario with the other two being Peach and Yoshi. Those who have managed to get the whole set have sold them for $100 online.

When the new 101 Dalmations movie was released in 1996, there was also a toy line from McDonald’s. These days, the entire set can earn collectors anywhere between $100 and $200. 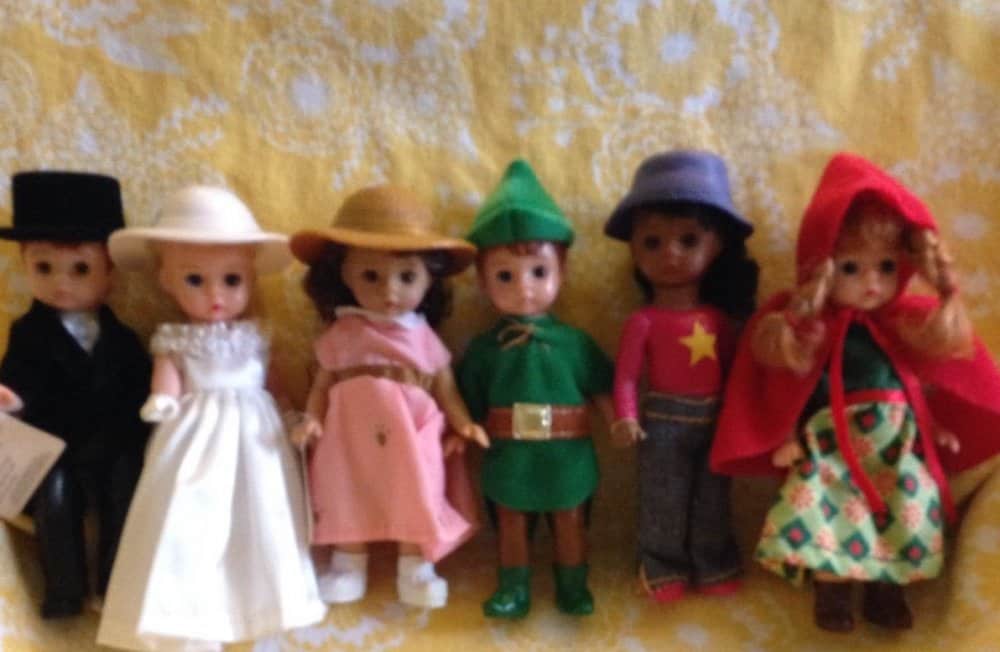 In 2003, these dolls were released alongside Happy Meals and were incredibly popular. The entire set of these miniatures sells for about $130 on eBay these days. 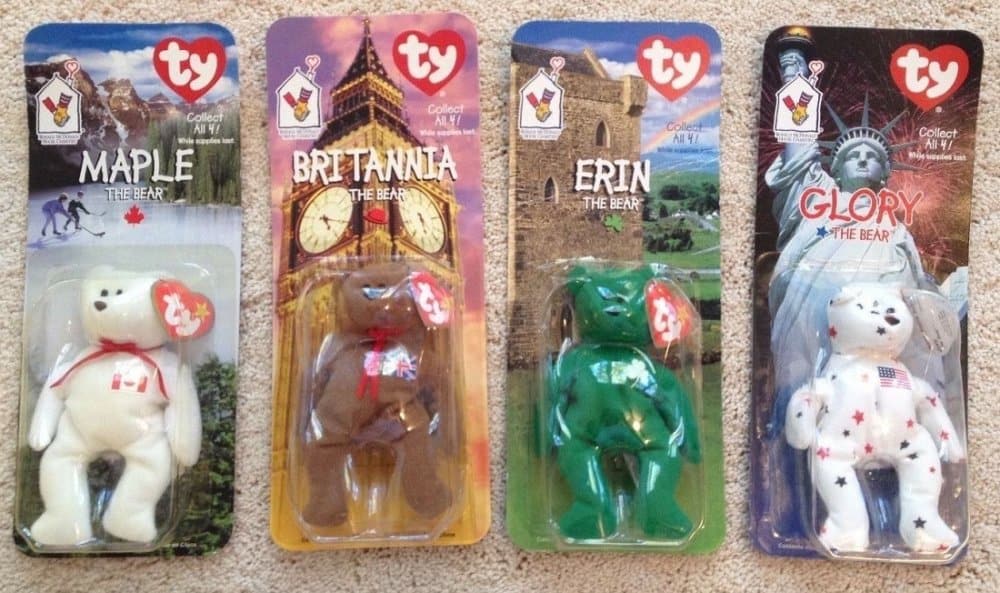 McDonald’s Beanie Babies are just as popular as the full sized plush toys. The ones that were offered in McDonald’s can sell for as much as $700 if you have one of the rare ones. Others are going for around $450. 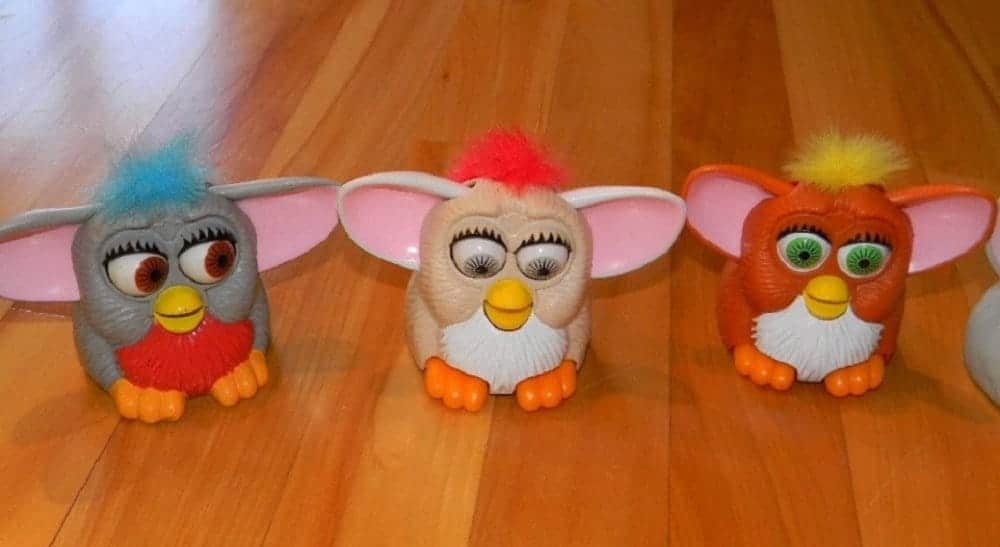 The original Furby toys were plenty popular and these Happy Meal versions are no different. 43 different kinds of mini Furbies are selling on eBay for well over $150. 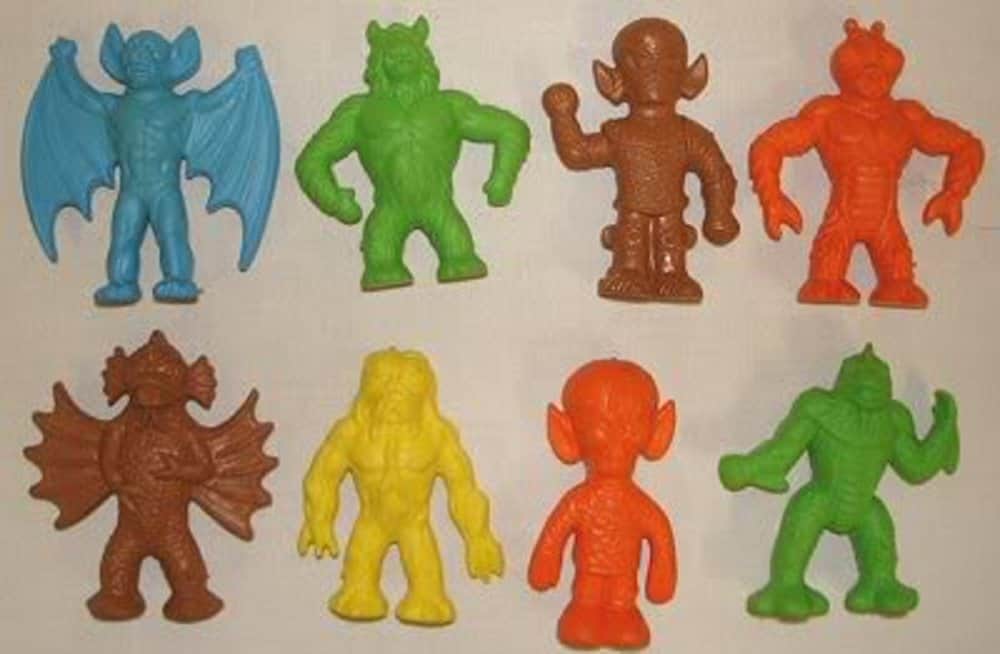 These toys were released in the late 1970s and were made to be underwater monsters or mutants as well as space creatures. These days, an entire set can command as much as $400 on sites like eBay. 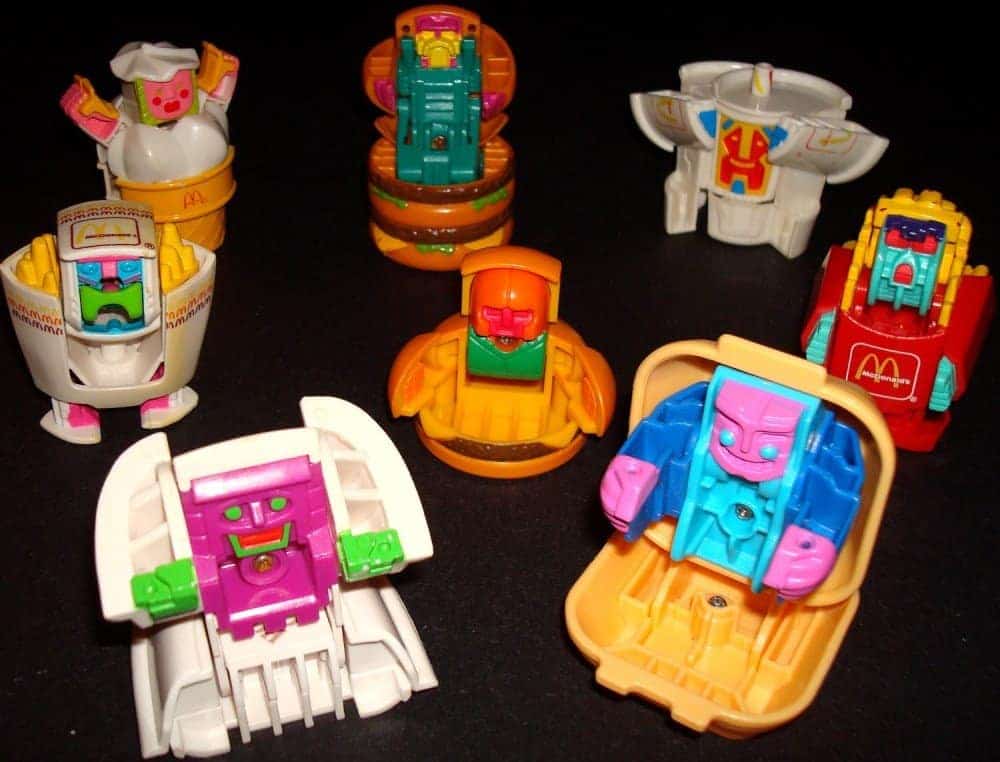 The transformers have always been a popular toy concept. McDonald’s took that concept and went another direction with it, making “food transformers.” Those who have sold the entire set are making around $117 online. 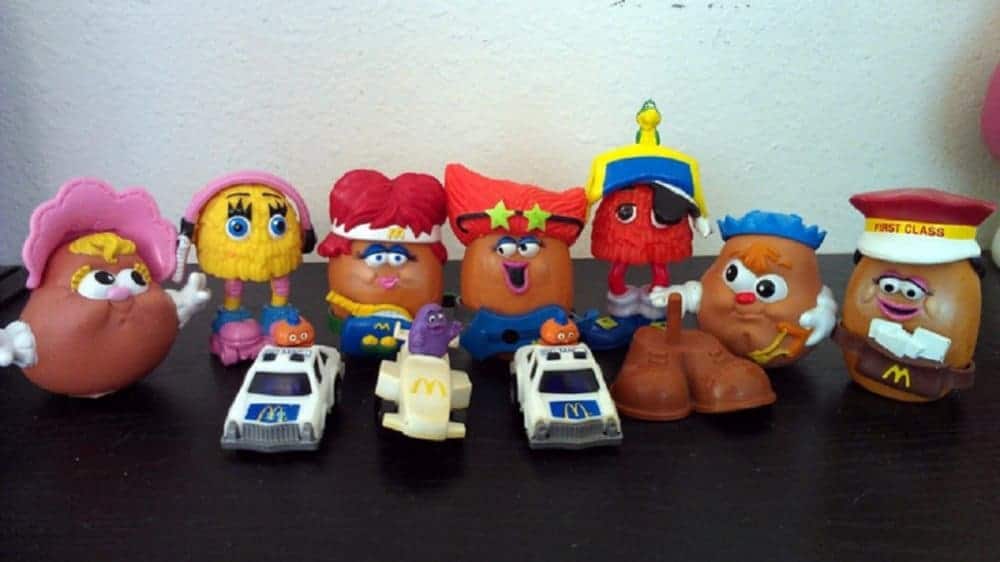 Everyone knows about Mr. Potato head but did you know there was once a set of toys that were supposed to be his kids? McDonald’s offered up this set in 1987 and it’s made up of 12 toys. The entire set is going for around $75 online these days. 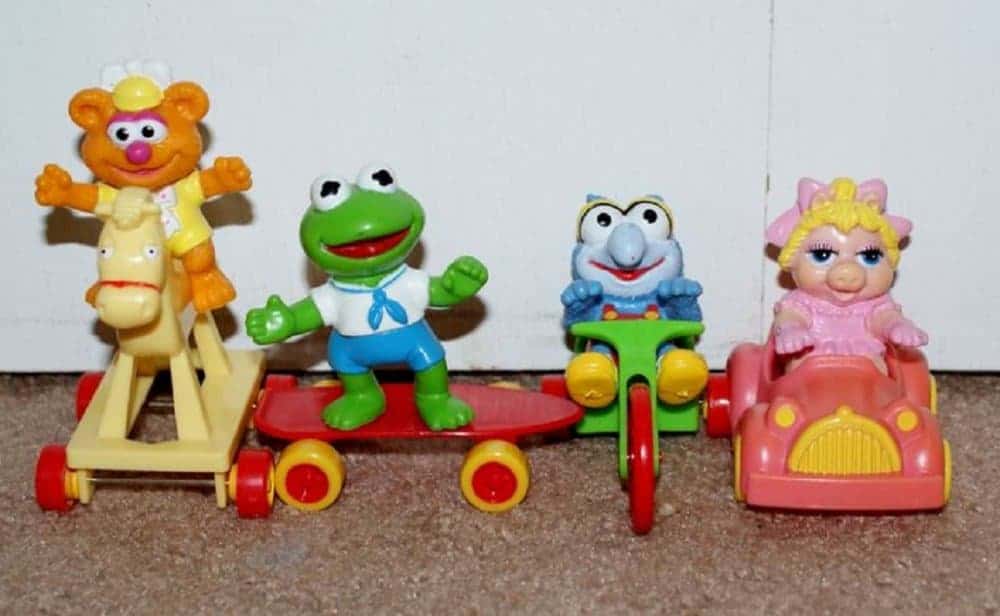 The muppet babies were a hugely popular television show in the 1990’s and these toys are surprisingly high quality figures from that show. There were four different figures given out and if you can get your hands on a set, you can sell them on eBay for as much as $50.