If you ask a lot of people what their biggest fear is, up there in the “Top Ten Greatest Fears” would be being buried alive, along with snakes, spiders, riding horses, rejection – you name it. Being buried alive is absolutely terrifying – you know your death is imminent and there is very little, if anything, that you can do about it. Below, we have 10 cases of people being buried alive, not by any form of cruelty, but because by some error, their family members and friends actually presumed them dead. In some instances, people actually survive this ordeal, but most of the time, that is not the case. 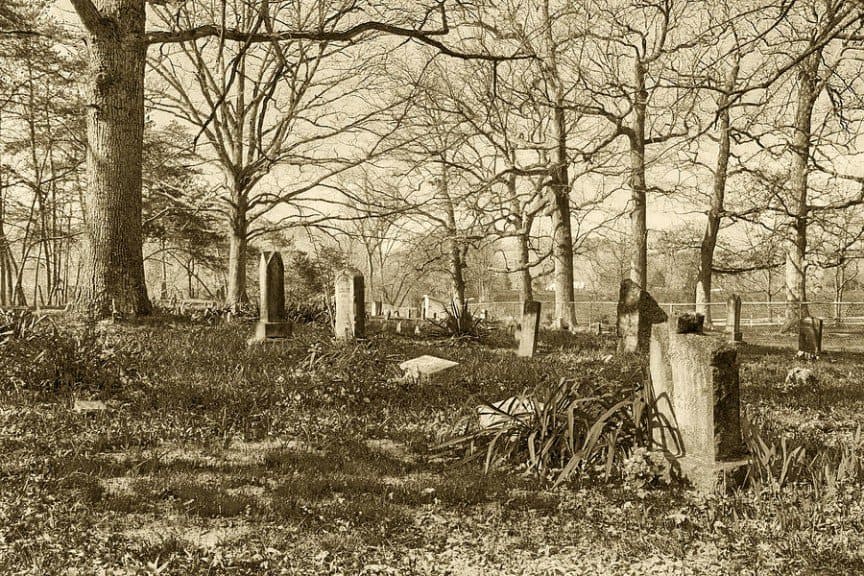 Mr. Cornish was the mayor of Bath when he supposedly died of a fever. Unfortunately, Mr. Cornish wasn’t really dead. While a gravedigger was in the process of burying him, he realized that there was a noise coming from the coffin. With the startling realization that Cornish was still alive, the gravedigger tried desperately to get him out before he died of suffocation. Once he finally opened it up, Cornish was found – truly dead this time – with his elbows and knees all bloody. 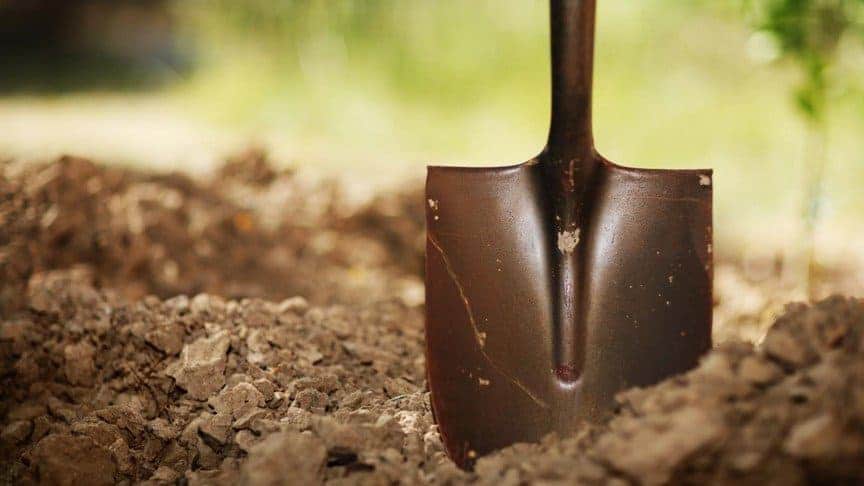 Mina El Houari was only 25 years old when she was buried alive by (believe it or not) a date. Houari had met a Moroccan man online a few months ago, and decided to go and meet him in person. However, during their date, Houari fainted because of a diabetic coma. Her date, the clearly bright man that he was, believed that she had suddenly dropped dead for no apparent reason, and made the odd decision to bury her in his backyard. After a couple of days, and Houari’s actual death, Houari’s family filed a missing person’s report and the truth was discovered. 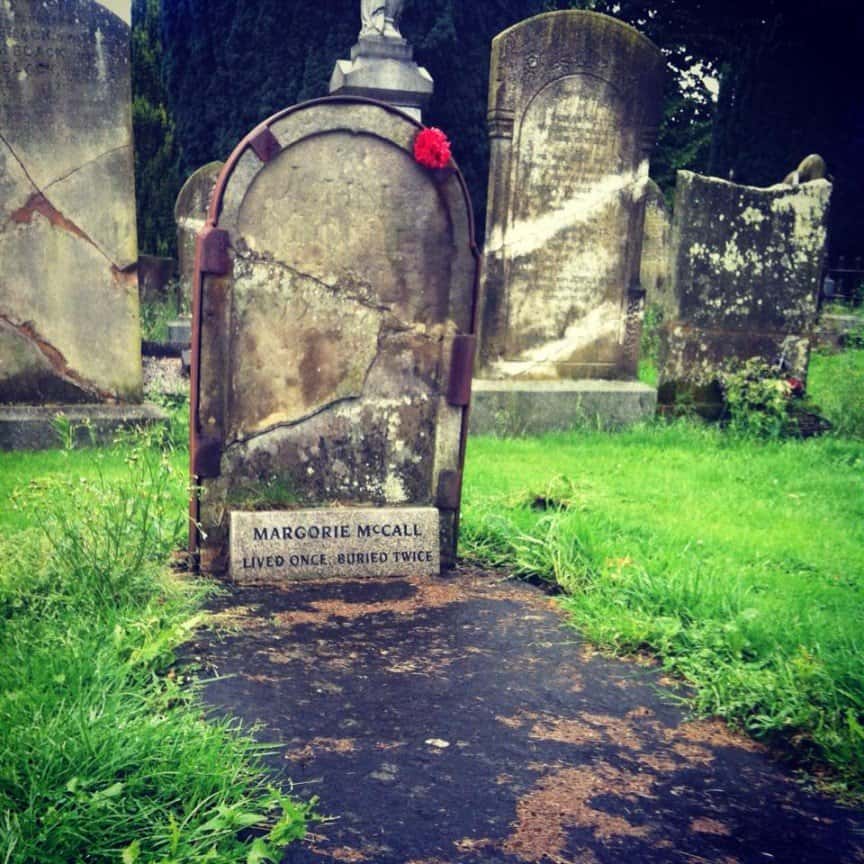 Marjorie McCall was married to a doctor when she apparently passed away from a fever in the 18th century. Since she was quite wealthy, Marjorie had a very expensive gold ring and it was buried with her because her hands were so swollen that no one could get it off. A couple of thieves heard about the ring, and decided to go dig her up so that they could steal it. Once they dug her up, they realized the only way to get the ring was to saw off her finger, but once they started, Majorie awoke and started screaming, clearly scaring the thieves beyond belief. Octavia Smith Hatcher was declared dead in 1891. However, Hatcher had apparently just been in a “comatose-like state”. A few days after her burial, Hatcher’s family had concerns that they may have buried her too early. Hatcher’s husband asked for an emergency exhumation and then to his horror, he realized he had buried his wife alive. Hatcher’s nails were covered in blood from trying to get out of the coffin and her face was etched in terror. 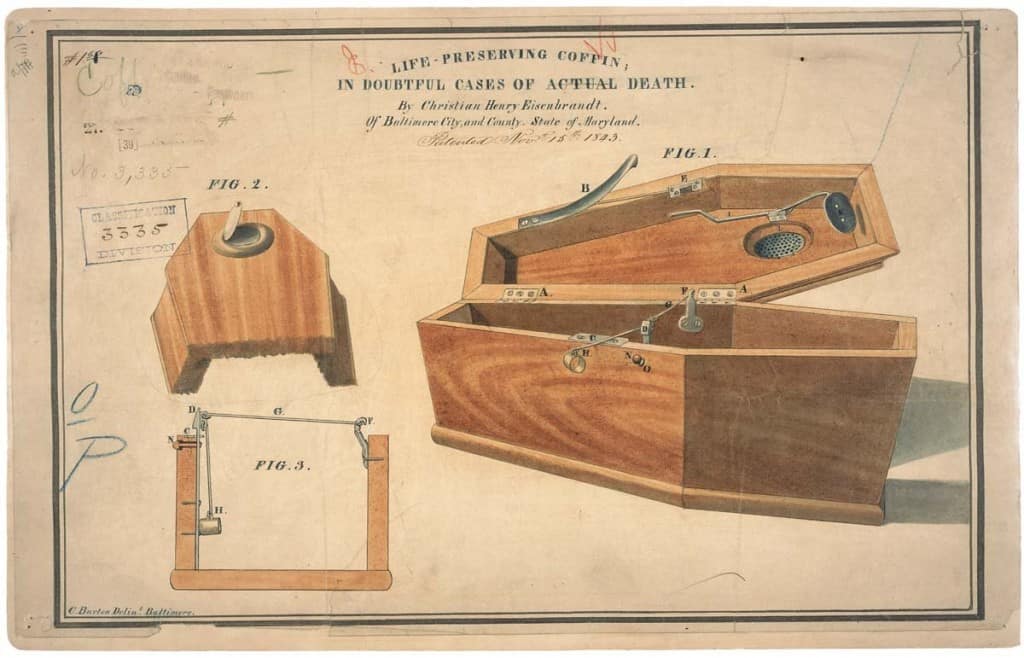 Angelo Hays was only 19 years old when he was tossed from his bicycle and went headfirst into a wall. Hays was declared dead at the scene and was buried very quickly after the accident. Angelo’s father had recently taken out an insurance claim on his son’s life, and an insurance company became suspicious of the sudden death. They had the body exhumed and incredibly, Hays was found alive, with his heart beating faintly. Although he had to have extensive operations and go through rehabilitation, Hays made a full recovery. Hays went on to invent a security coffin that would help people who suffered his same fate survive. 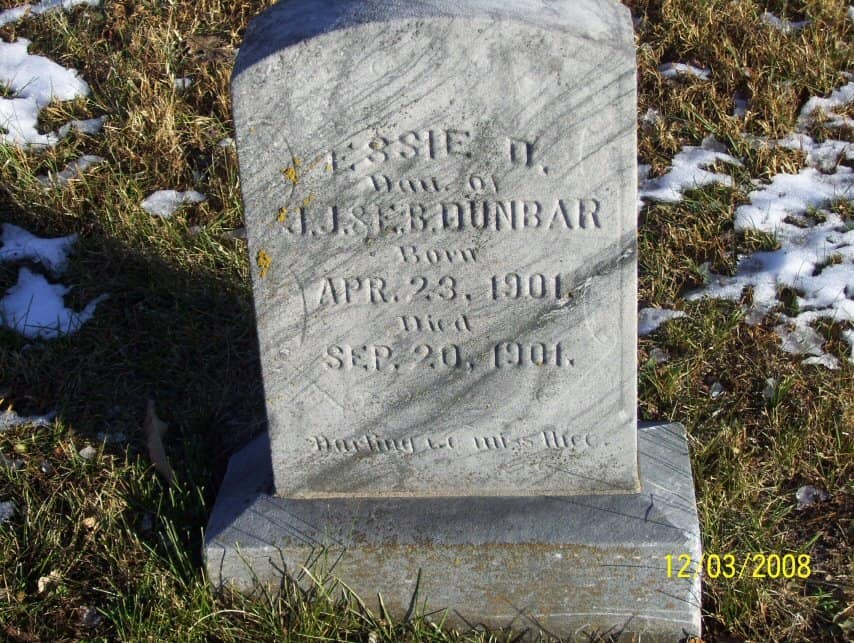 Essie Dunbar was 30 years old when she went through an epileptic attack. Her family and friends scheduled her funeral for the very next day. Dunbar’s sister couldn’t be at the funeral but she still wanted to see her sister one last time. She asked for her sister’s body to be exhumed and it’s fortunate that she did because she made the discovery that her sister was actually still very alive. 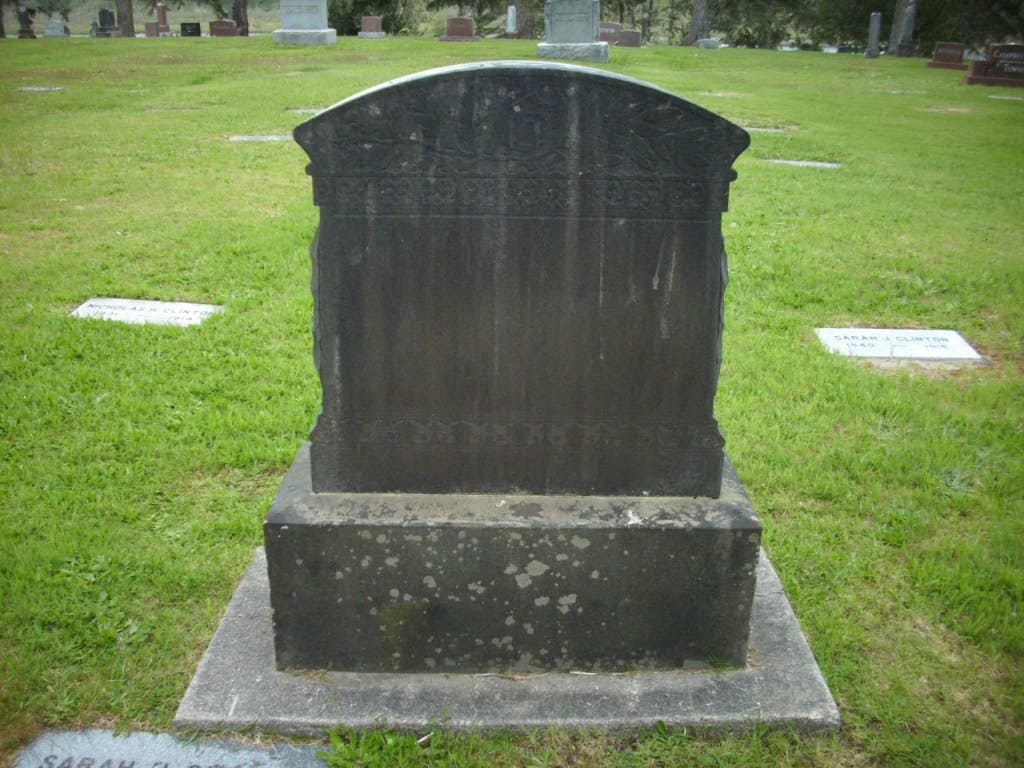 Mrs. Boger was living with her husband when she supposedly died of unknown causes in the summer of 1893. Doctors quickly declared her dead and she was buried immediately afterwards. A friend Mr. Boger told him that his wife may not have actually been dead, because she struggled with mental disorders, particularly hysteria. Mr. Boger asked for the exhumation of his wife. What he found was terrible. Mrs. Boger’s robes were shredded, her skin was blood stained, and her fingers were missing. Soon after, Mr. Boger mysteriously disappeared. 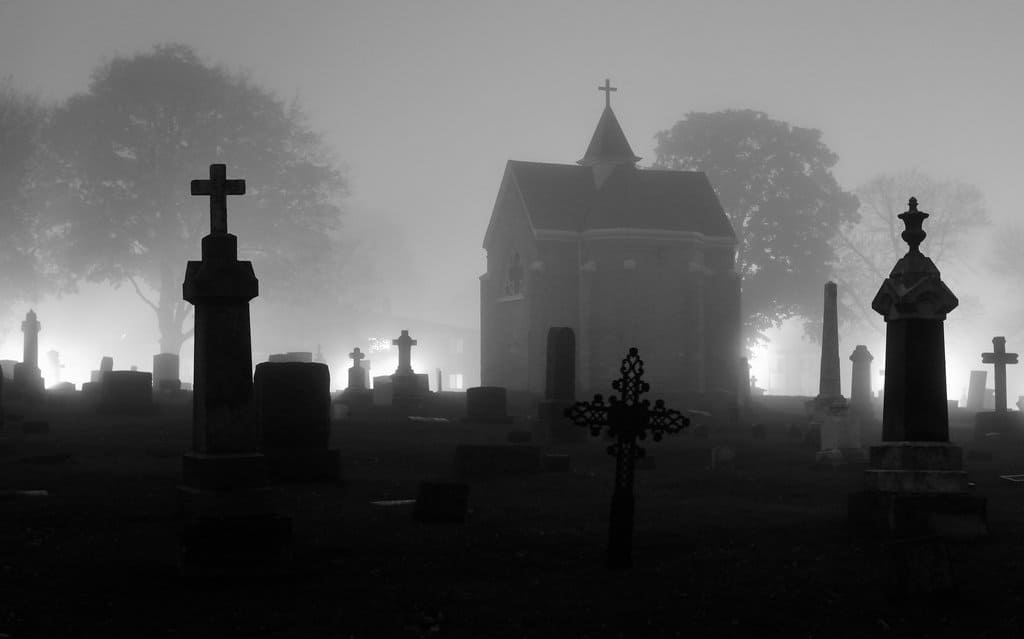 Sipho was only 24 years old when he and his fiancee got into an almost-fatal car accident. Sipho was pronounced dead shortly after the accident, where he was taken to the mortuary. He was placed inside a metal box before his burial, however he wasn’t actually dead. After two days of being unconscious, Sipho awakened and started yelling for help. Once he was helped out of the box and released, he returned to his fiancee. However, she was so freaked out by his return, that she sent him away, because she believed he was a zombie. 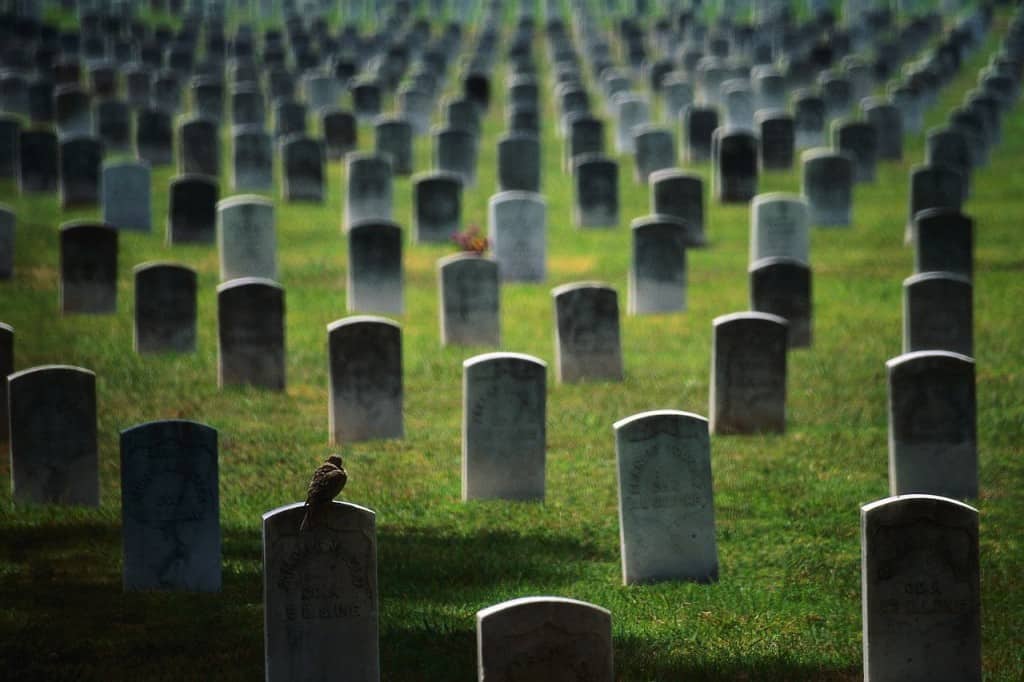 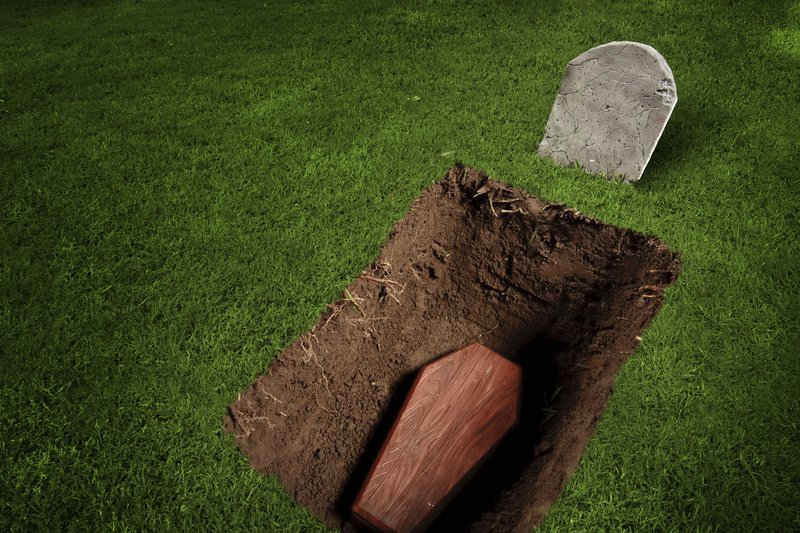 Stephen Small was kidnapped and buried alive by Danny Edwards and his girlfriend, Nancy Rish. Apparently, Edwards and Rish were going to ask for a $1 million ransom, while keeping Small alive underground. Although the kidnappers had made provisions for water and air, experts say that Small either suffocated or had a heart attack, and died.