When you really think about it, most babies kind of look the same when they’re just born. With their chubby cheeks and soft features, it’s not always easy to distinguish one baby from another. But we’ve trawled the depths of the internet and discovered that there are some babies that are not only easy to recognize, but also look like famous celebrities.

These 10 baby doppelgängers are the spitting image of their celebrity counterparts. We can imagine they could easily be used in a biopic about their famous lookalike during a flashback scene to their infant days. Judge for yourself how similar they look. 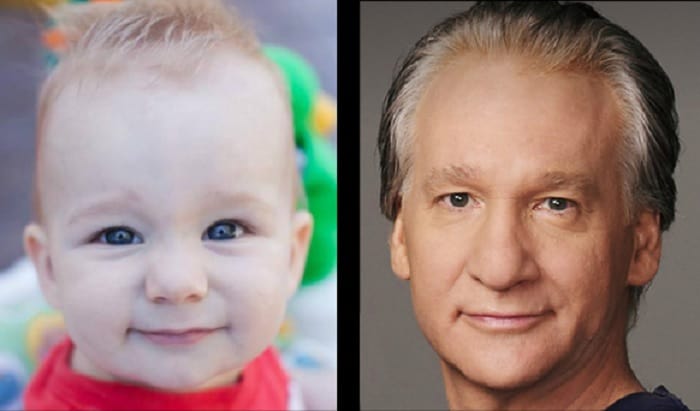 We wonder what the stand-up comedian/political commentator would say if he encountered his mini-self. They even have the exact same smile. 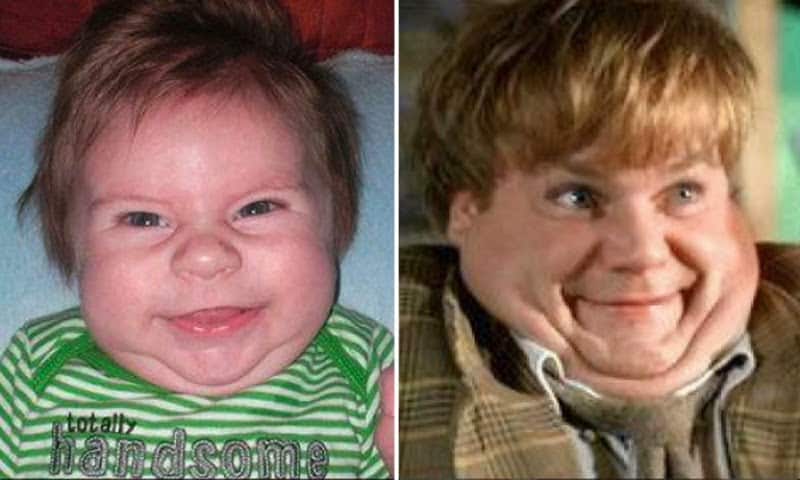 It won’t surprise you to learn that we found several babies that look similar to the late Chris Farley. Chris himself has a certain baby look to him, don’t you find? 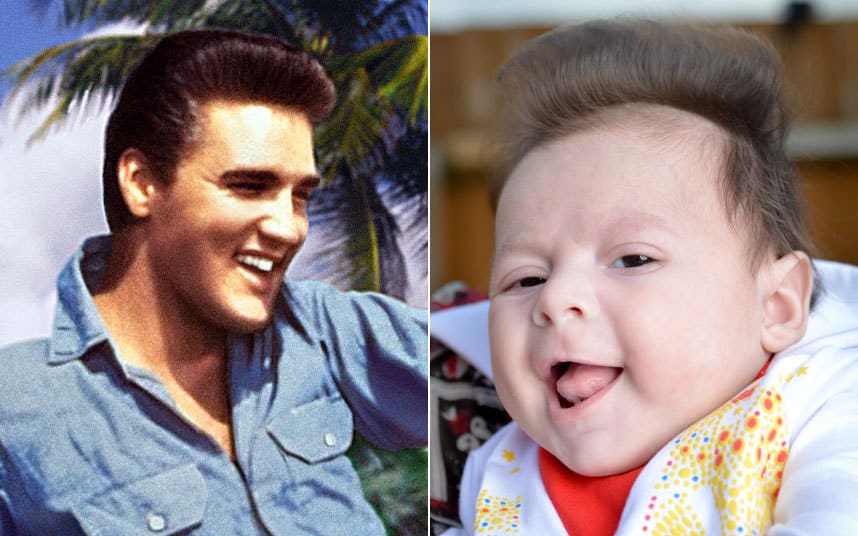 The King Of Rock ‘n’ Roll has many many many lookalikes scattered about the globe. But we imagine the little one in this image would probably struggle to pull off some of Elvis’ famous moves. 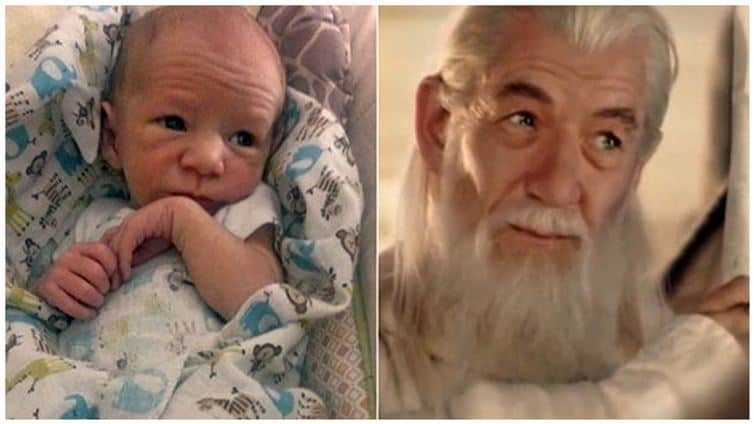 Specifically Gandalf from Lord Of The Rings. We’re not quite sure how a mother would feel if she was told that her newborn baby looked exactly like a 75-year old man. 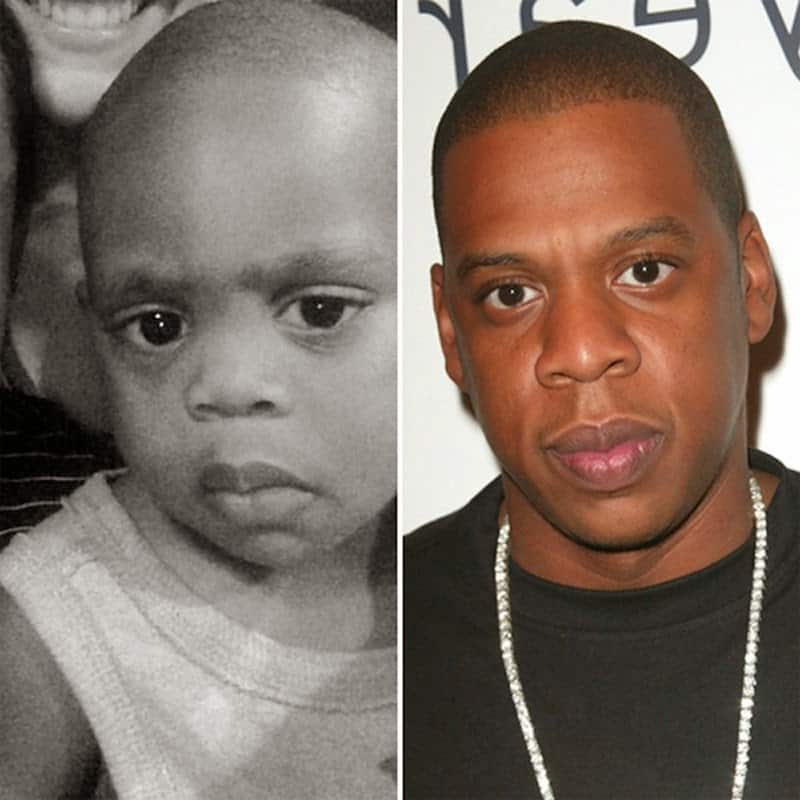 Both Jay-Z (real name Shawn Corey Carter) and his infant lookalike have a certain steely determination in their eyes. 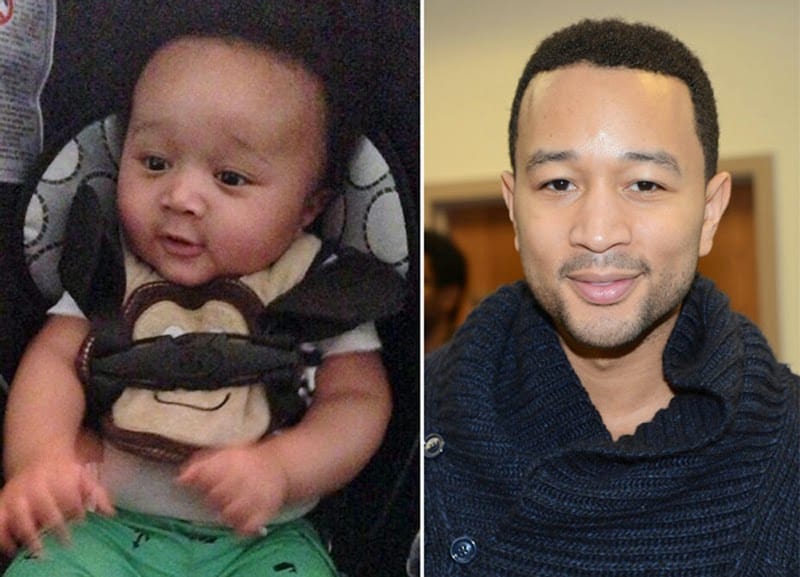 We can’t quite decide who’s got the most adorable expression in this one, the baby on the left or the famous singer-songwriter on the right. 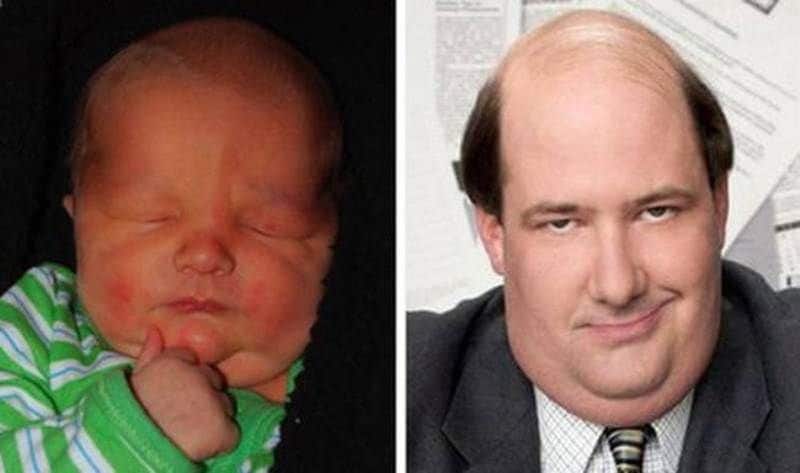 Played by Brian Baumgartner in the US version of the hit sitcom The Office, the fact that they both have bald heads probably helps complete this illusion. 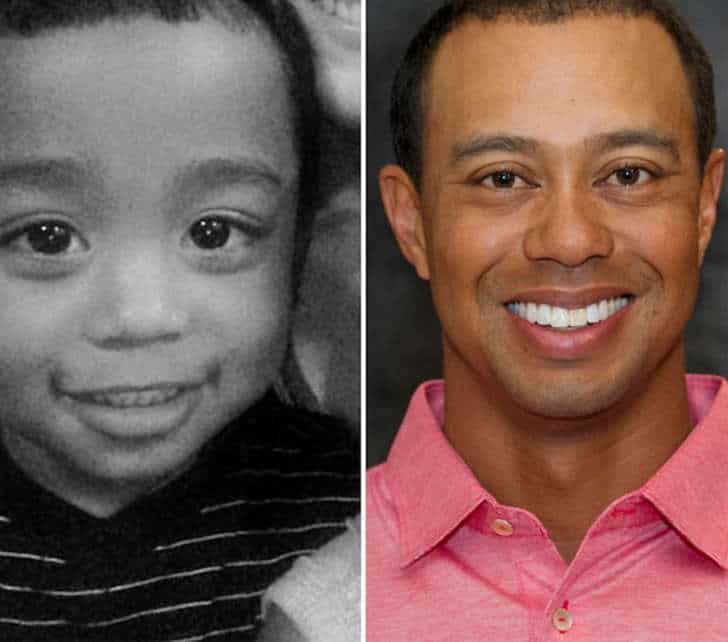 He is the spitting image of the famous golfer. It would be absolutely wonderful if these two met in a few years time and had a friendly round of golf together. 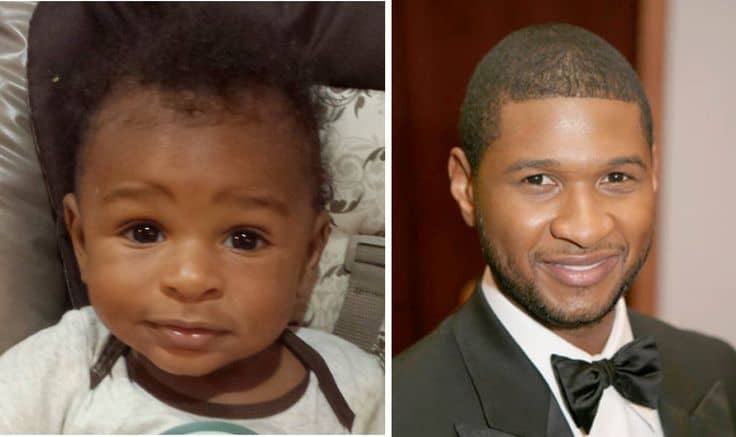 So dapper. So smart-looking. Such a nose. And the guy on the right has similar qualities as well. 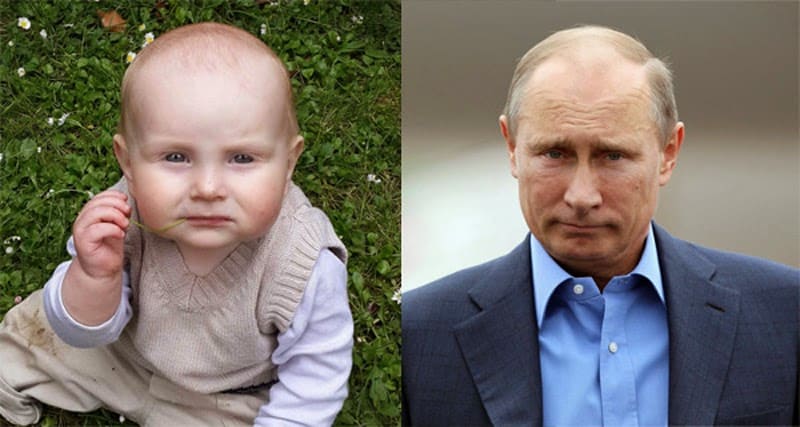 Not all celebrities are famous for the right reasons. Part of us just hopes Putin’s baby doppelgänger on the left there has different aspirations when he grows up.