If we think we are the only conscious beings on the planet, then we are sadly mistaken. Animals may not be self-aware to the extent human beings are, but they are certainly conscious of their own existence and of the world around them. Through a rigorous process known as natural selection, animals have uniquely evolved over the course of millions of years and are now just as adept at surviving in their natural conditions as we human beings. The art of camouflage is a brilliant technique employed by most of nature’s creatures, and it is technique that we have adopted for the purposes of modern warfare as well. Animals tend to blend into their backgrounds in order to survive or hunt with greater efficiency, and here is a set of 10 pictures that perfectly illustrate the art of camouflage.

Butterfly In The Woods 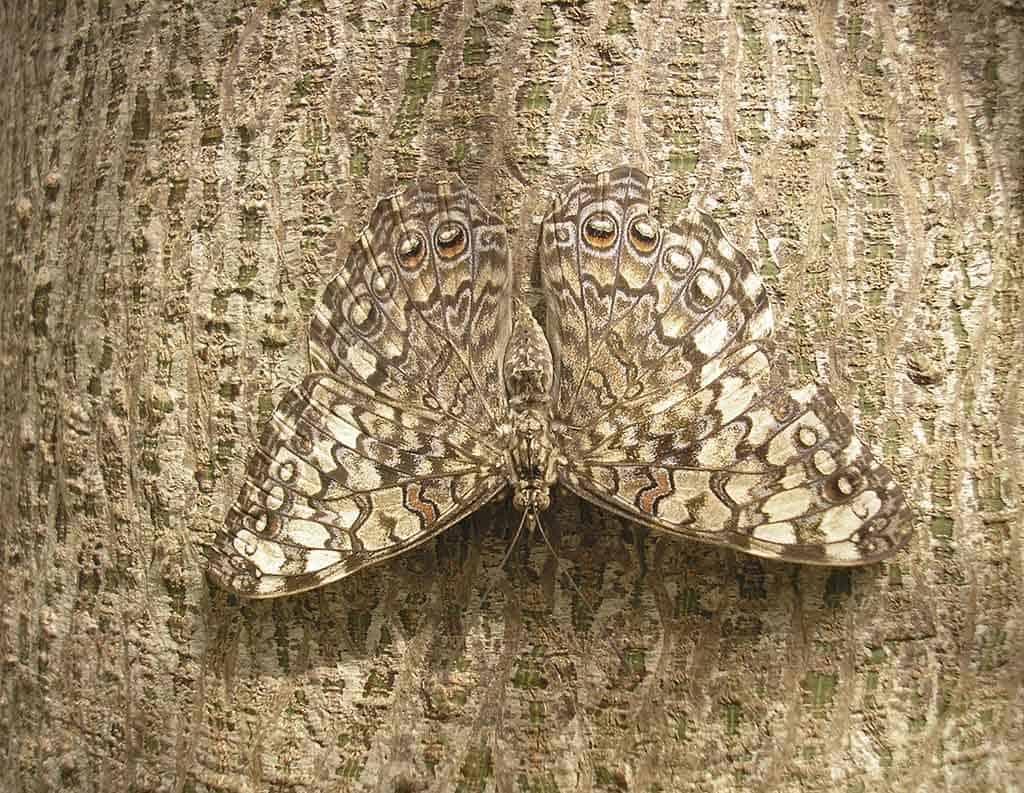 If you were just glancing through this image, it would be pretty easy to miss the butterfly that is conveniently resting on this tree that looks exactly like the color of its own wings. 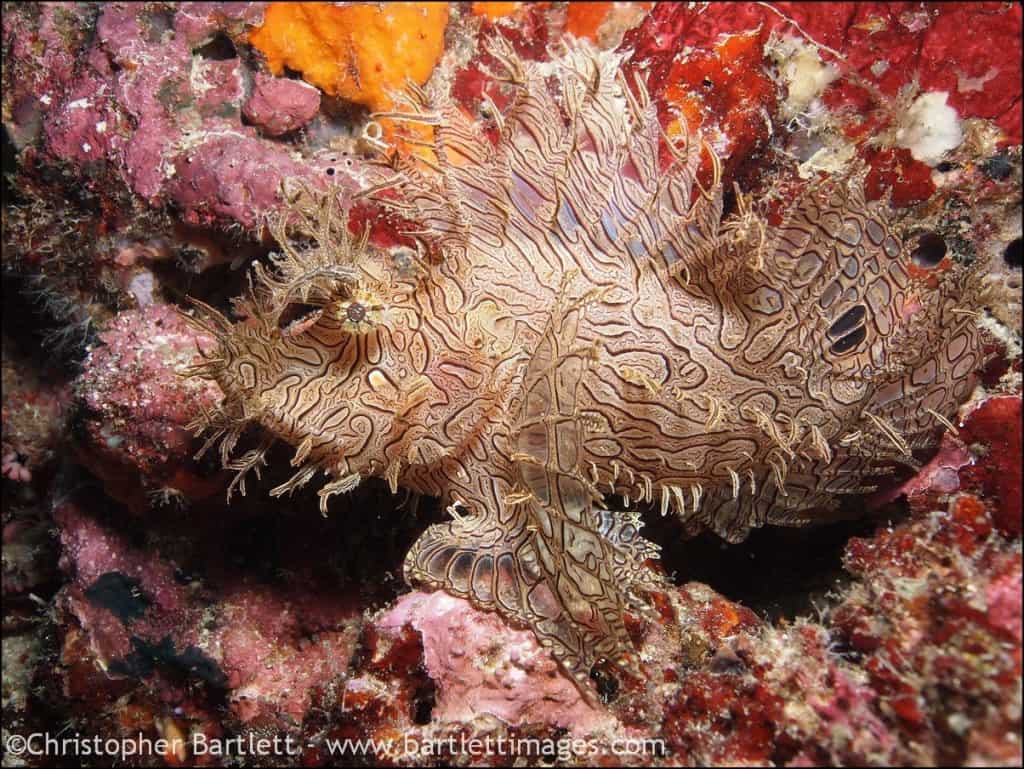 Animals have evolved so uniquely around the planet, that we even see species imitating complex formations such as coral. The Merlet’s Scorpionfish is a great example of this and it is usually found near the shores of the Lifou loyalty islands in New Calendonia. 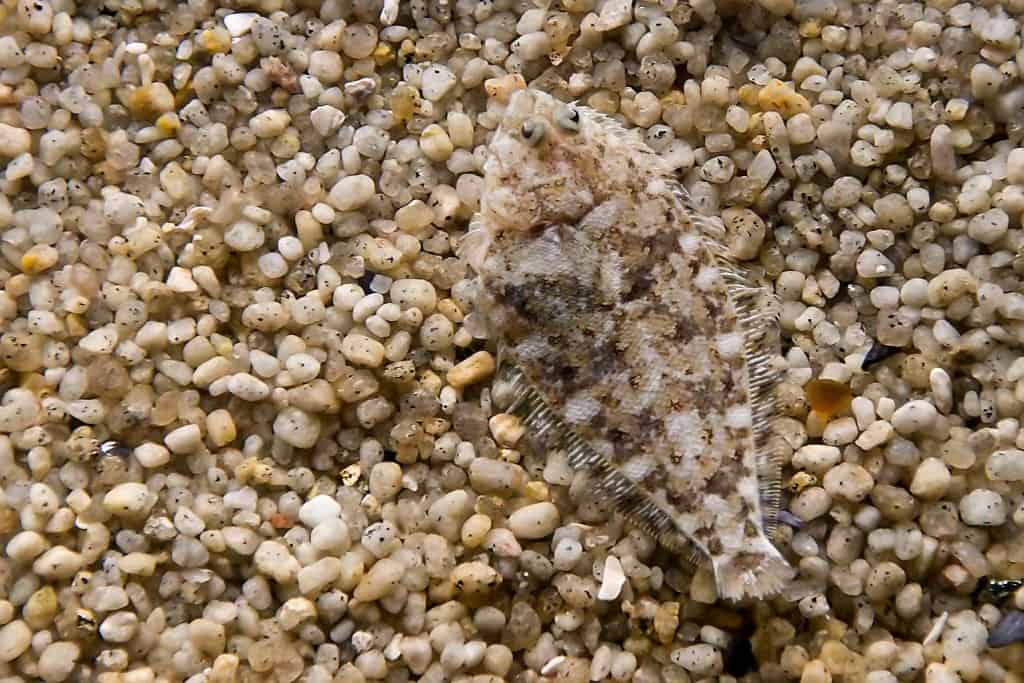 The complex patterns on this flounder suggest that it has evolved quite dramatically over the past few million years in order to blend into the highly pebbled bedrock of the water body. 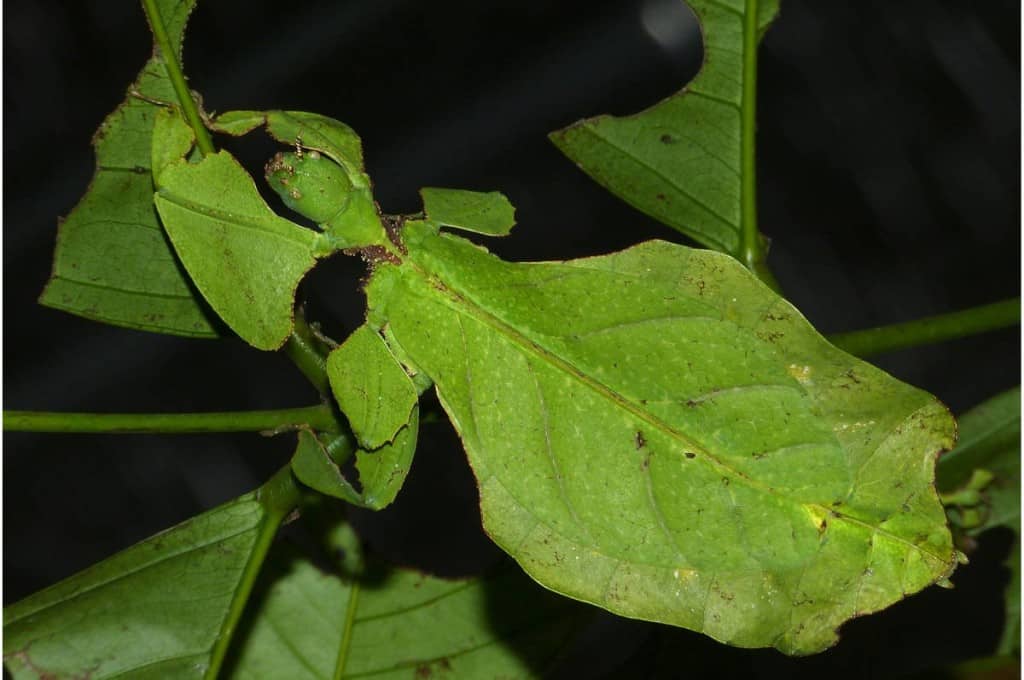 ‘Walking leaves’ or leaf insects are highly deceptive beings that have transformed their entire exterior to match the shape of a common leaf. This has got to be the most conscious form of body morphing seen on the planet. 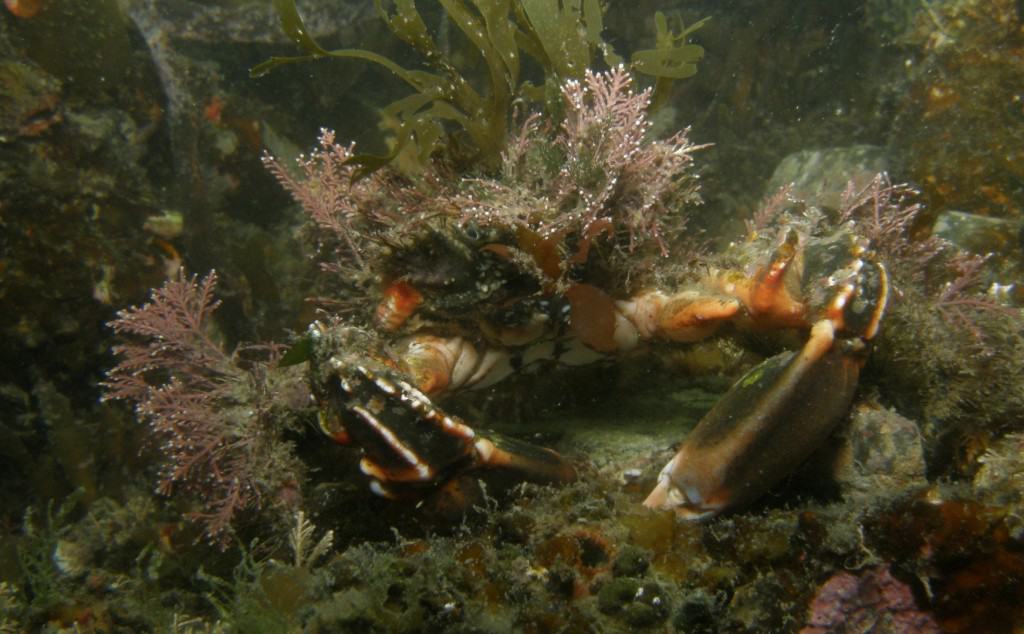 The blend of color and texture on this crab’s exterior allows it to easily go unnoticed while slowly walking across the sea floor. The claws make it extremely easy for it to hunt for food in this scenario. 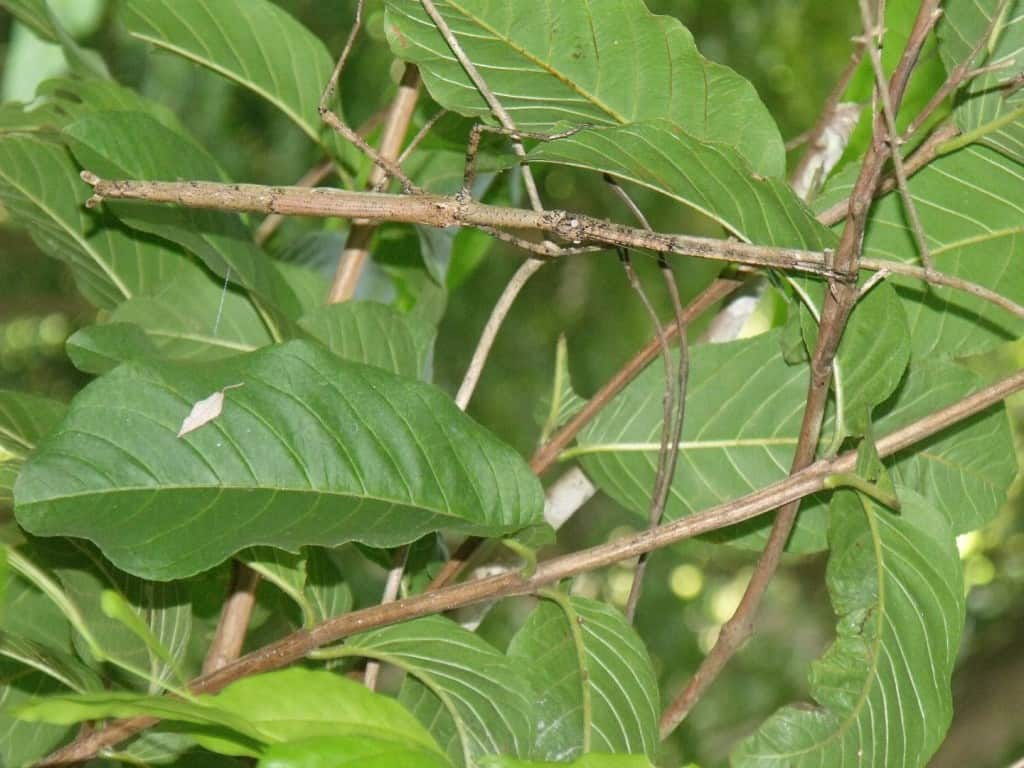 Stick Insects are so far evolved at this point, that they are a walking form of camouflage on their own. Their entire shape, form, color and texture has evolved to perfectly match a stick, possibly one of the most common things found in nature. 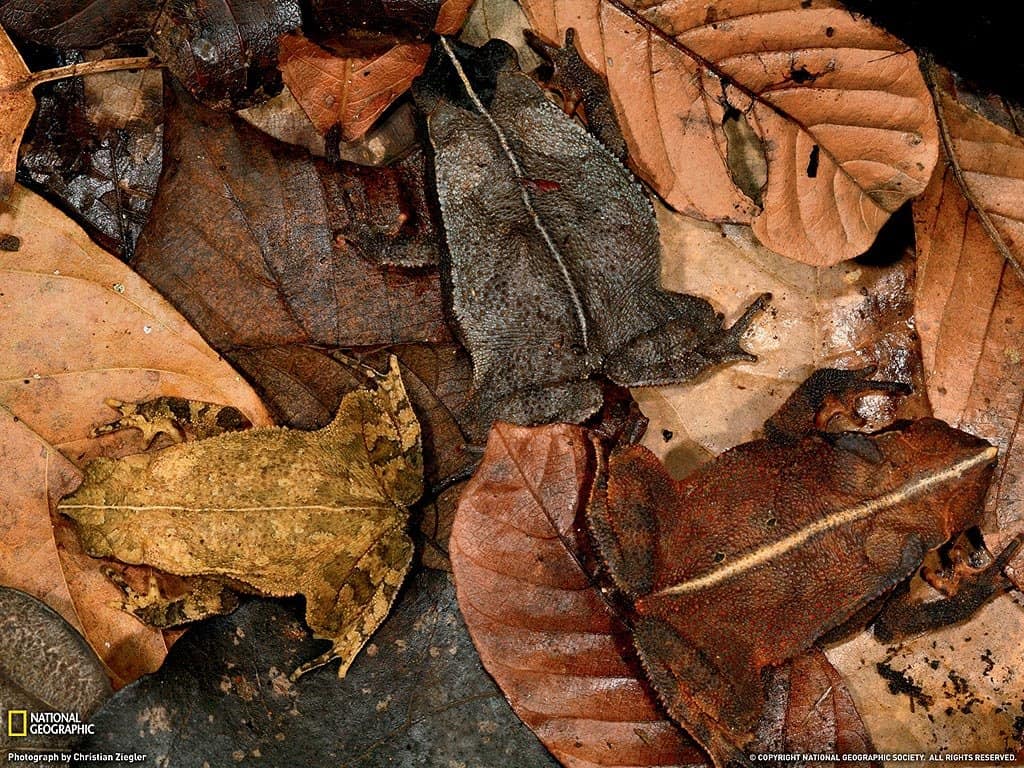 Spotting among a set of fallen leaves becomes almost impossible, which is why we tend to step on toads so often in the woods. This is a case of a camouflage being almost too perfect. 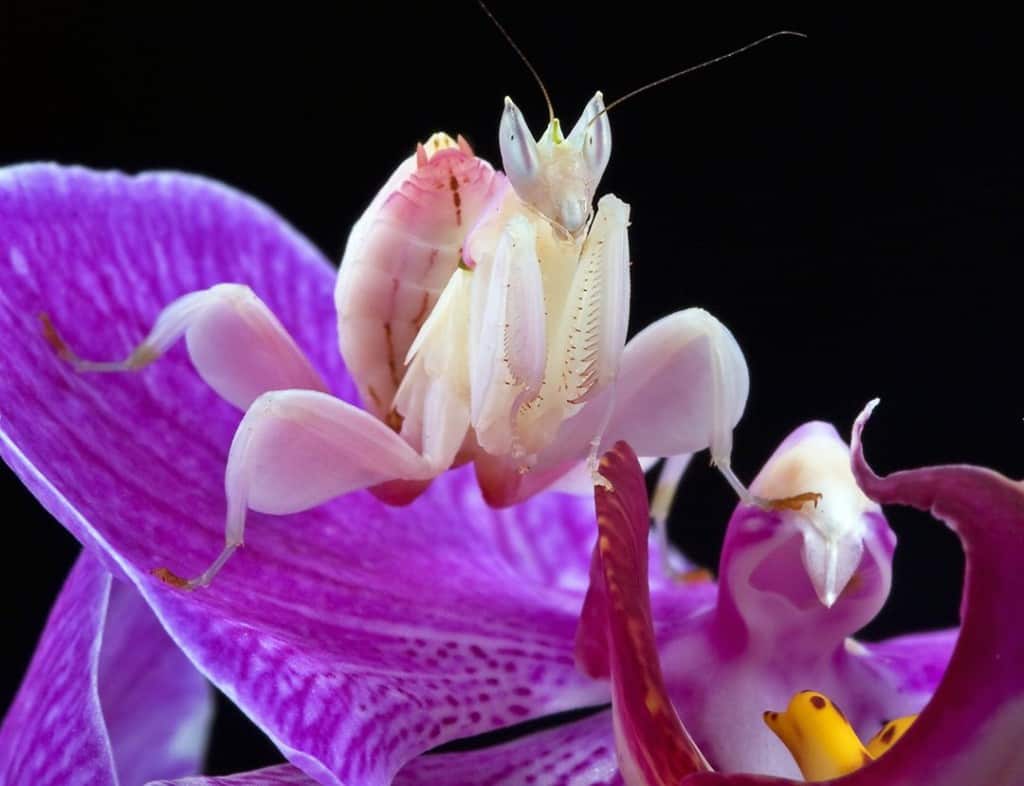 It is hard to distinguish between the insides of a flower and a Malaysian orchid mantis. Its unique shape helps the camouflage work on multiple levels of deception. 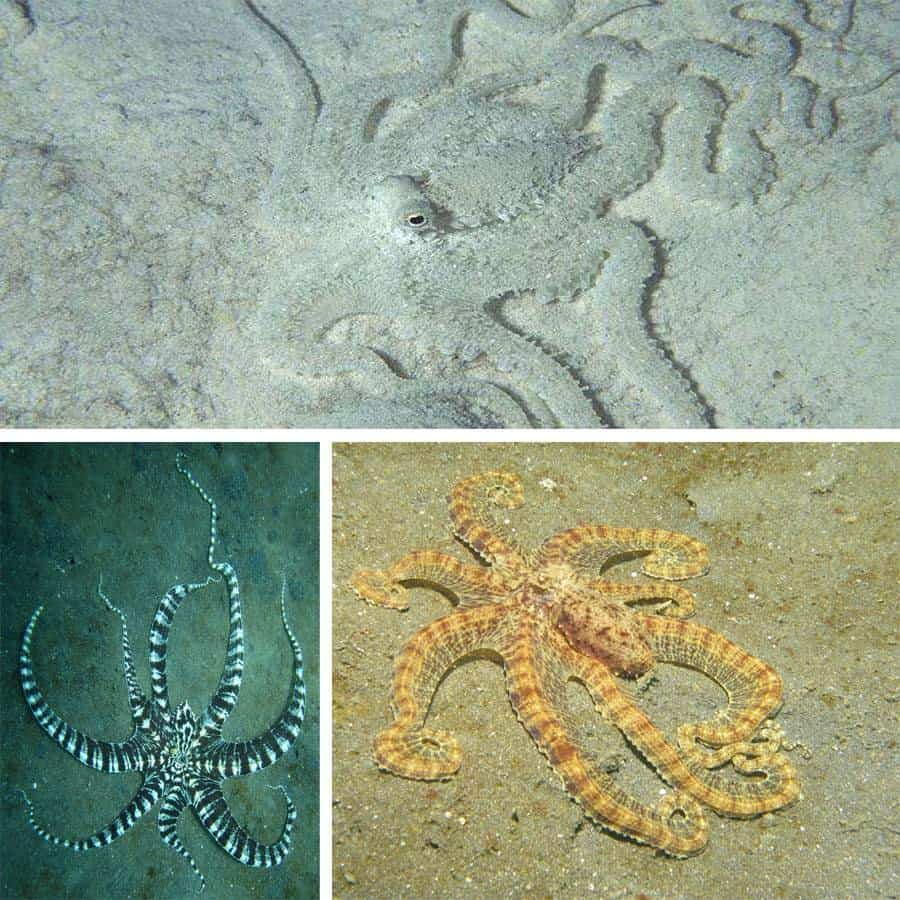 The Indonesian mimic octopus is a truly rare breed of animal. This octopus has the ability to convert into any color or pattern that it encounters in the wild, while also being able to mimic other fish’s movements. This gives this octopus a unique edge in its natural surroundings. 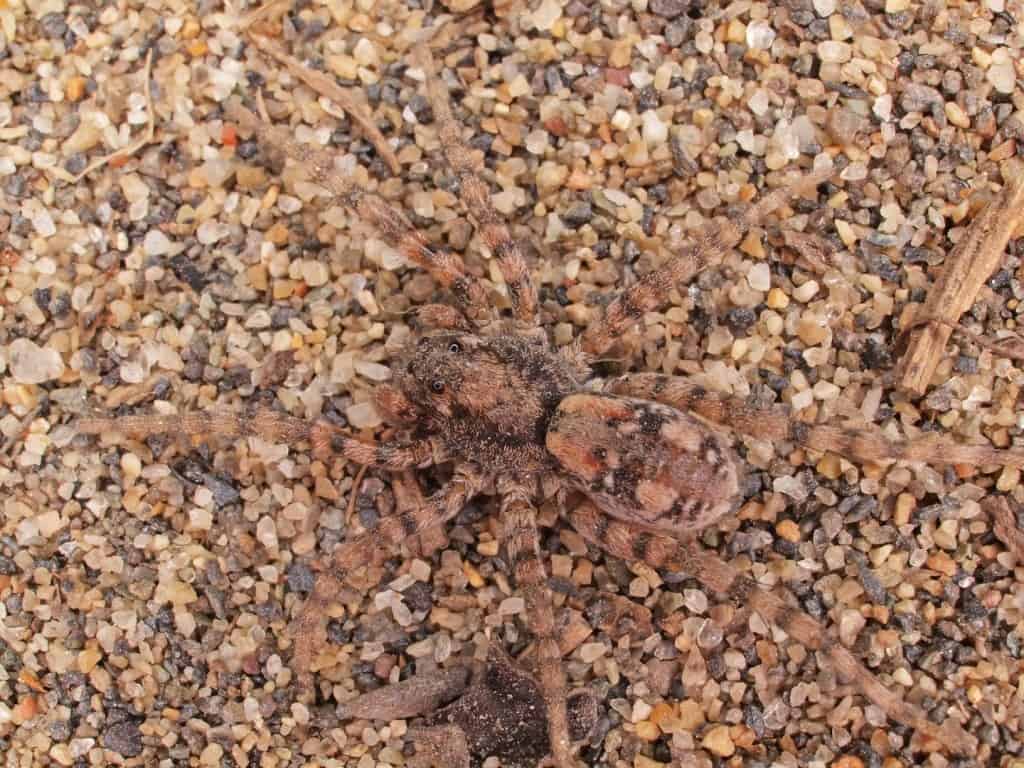 Tarantula’s are creepy enough on their own without the added power of camouflage. These giant spiders tend to blend into their surroundings and play the waiting game in order to inflict the perfect strike.