One of the popular trends going on right now is group painting classes. For most of these classes, they involve you recreating the same piece of art while drinking a bottle of wine. It sounds like a good time to us, but some of these people took it a little too far and maybe should have put that bottle down while they finished their piece of art. We found 20 group painting class fails that will have you cracking up by the time you make it to the end of the list! 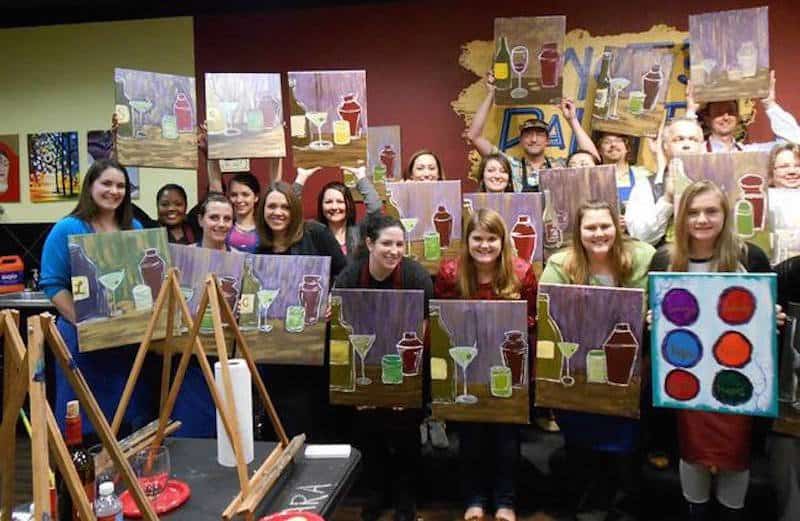 While everyone else in the class knew they were painting a martini glass and shaker, the girl on the right got a little confused by it all. Instead, she just paints colored circles and simplifies it! 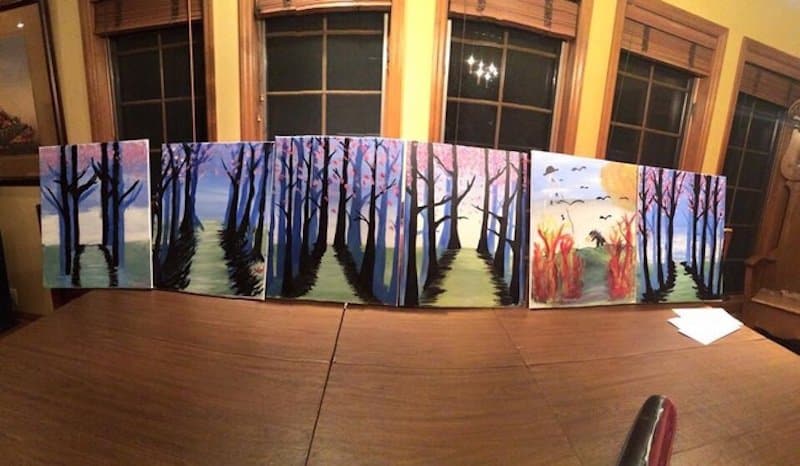 Maybe a UFO came and attacked that one painting? We don’t know what is happening there, but they were definitely looking at a different photo! 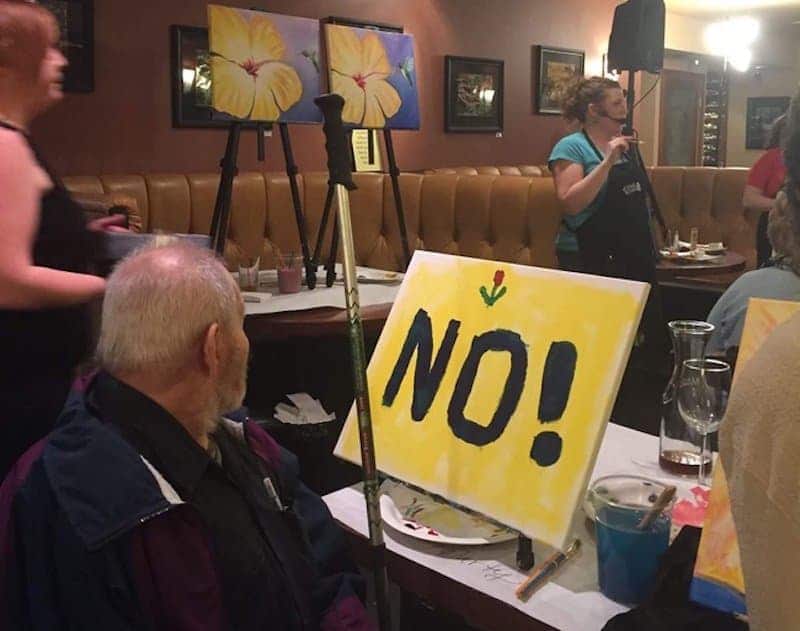 We love this one and it is probably one of our favorites on the list. We are thinking that this guy’s wife dragged him to the painting class and while she was not taking no for an answer, he was going to paint it to make it very clear! 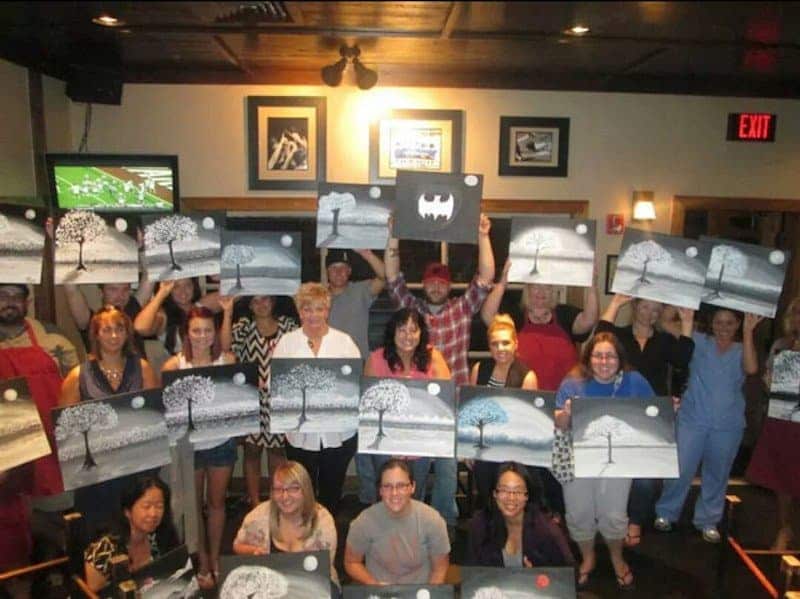 We love how he is holding that painting up loud and proud! Everyone else was painting a tree during the night and he just went with the Batman symbol, but in the same color scheme. 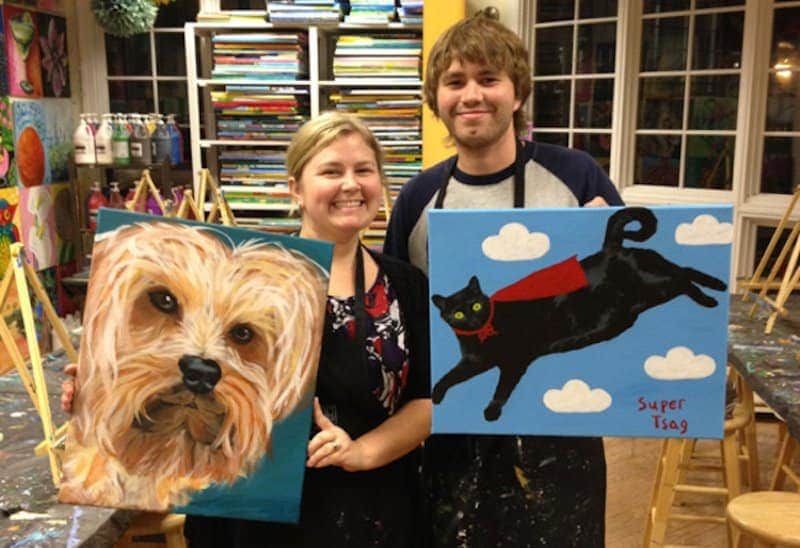 Speaking of superheroes, it looks like this guy thinks his cat is one. The girl painted such a nice dog, but the guy paints a flying cat! 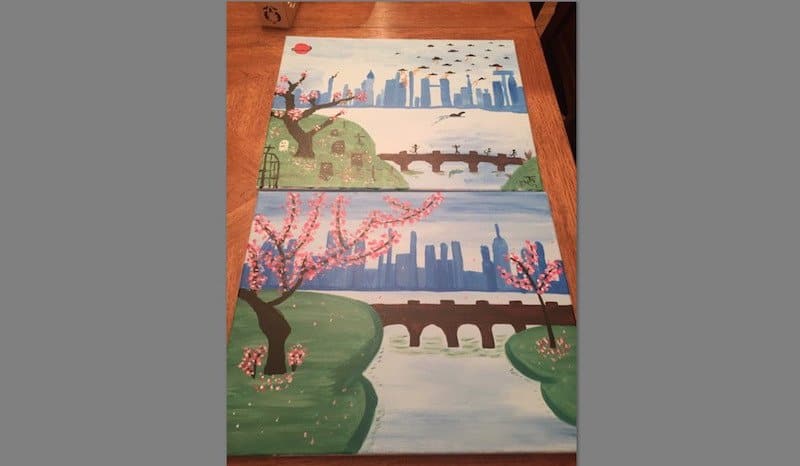 This one is very close to the original, as they seem to have hit on all the aspects of the painting. However, they seemed to add the Loch Ness Monster into the mix, which we don’t understand. 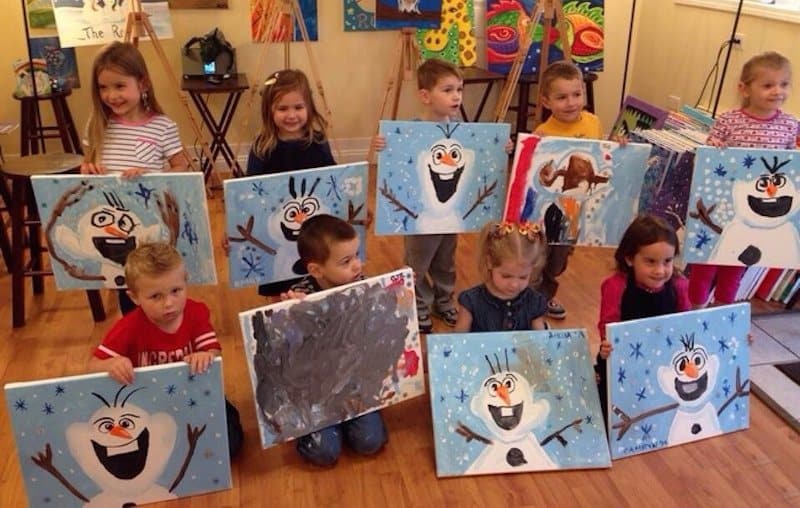 We are thinking there was no wine at this class. However, that kid in the front row could have used some, as it appears that he was struggling a little with Olaf!

Another painting that looks very similar to the original, but this one decided to throw some dragons into the sky. Maybe they watch a little too much Game of Thrones? 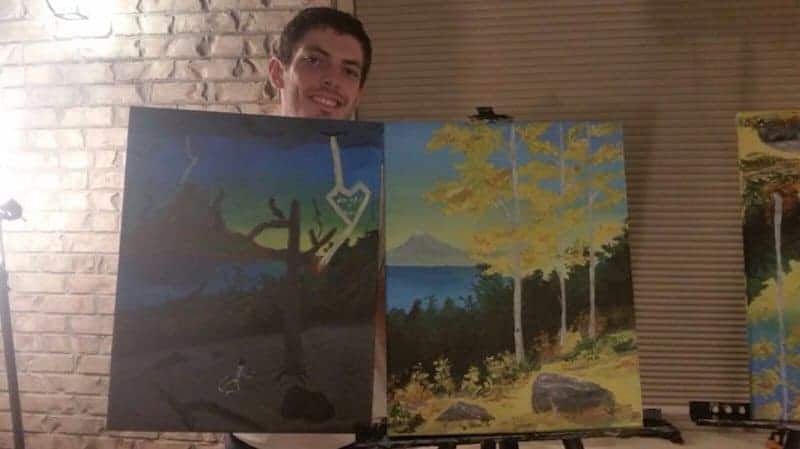 From Game of Thrones to The Walking Dead with this one, as this guy has created a post-apocalyptic world instead of the nice fall setting on the right. At least he was showing some creativity. 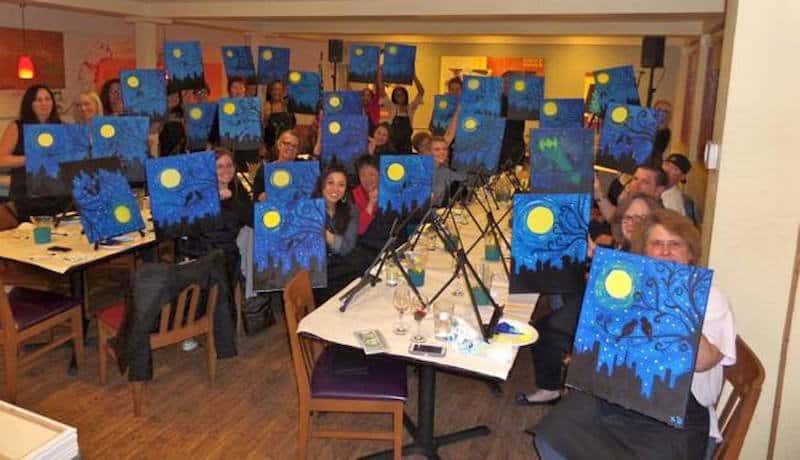 This person was not seeing the moon in the sky. Nope, they were seeing Batman and had to paint the symbol in place of the moon. 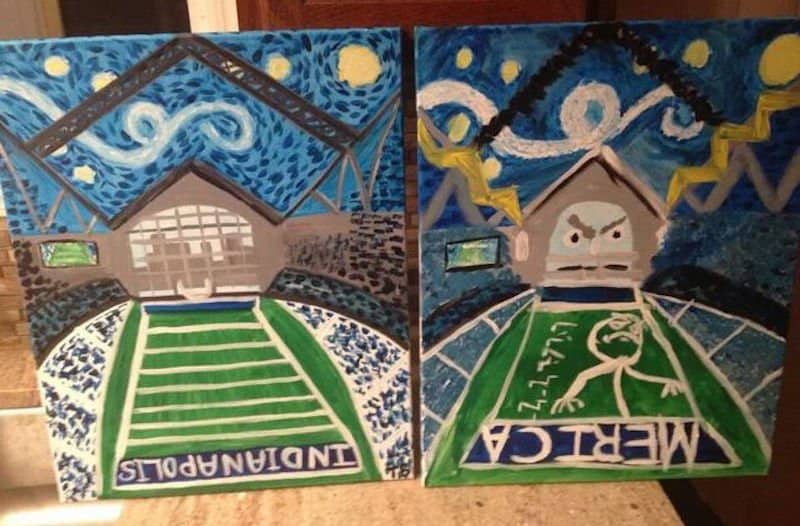 This person seemed to have drank a little too much of the wine (or beer) when they were painting this stadium. The scoreboard has an angry face, but there seems to be a lot of anger in that stadium. 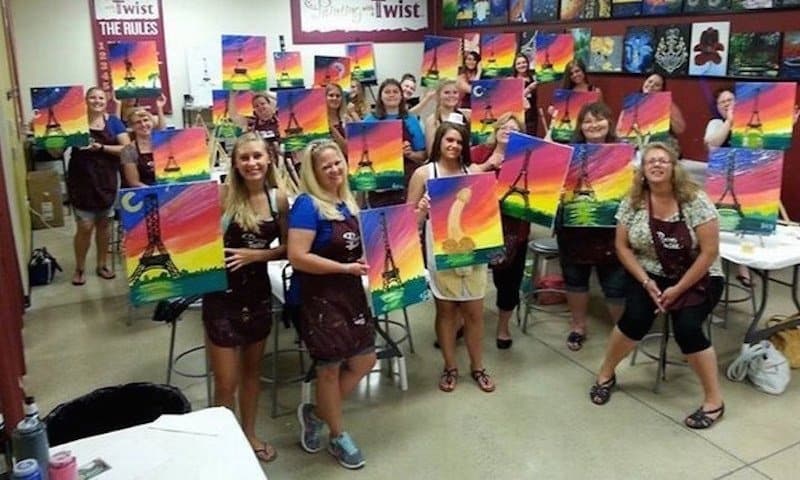 The woman in the middle seemed to have something on her mind that night, as her tower turned into a penis! We’re not sure why she painted that, but doesn’t it look majestic with the backdrop? 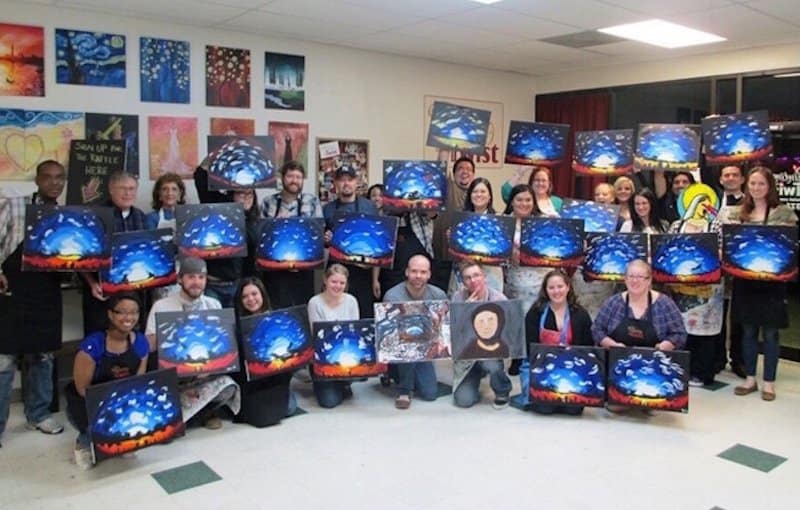 Is that the Mona Lisa we spot in the front row? It looks like it, but it is a terrible painting. Also, where did those two in the front come up with their paintings? They were definitely in a different class! 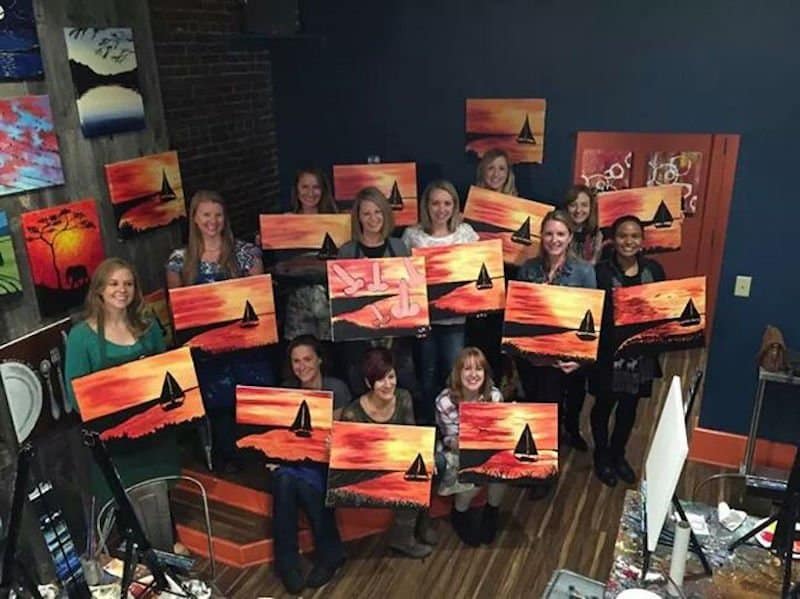 A lot of women must start drinking that wine in these classes and then have dirty thoughts come to their mind! No boat in the lake for this woman, but she has a few penises flying in the sky. 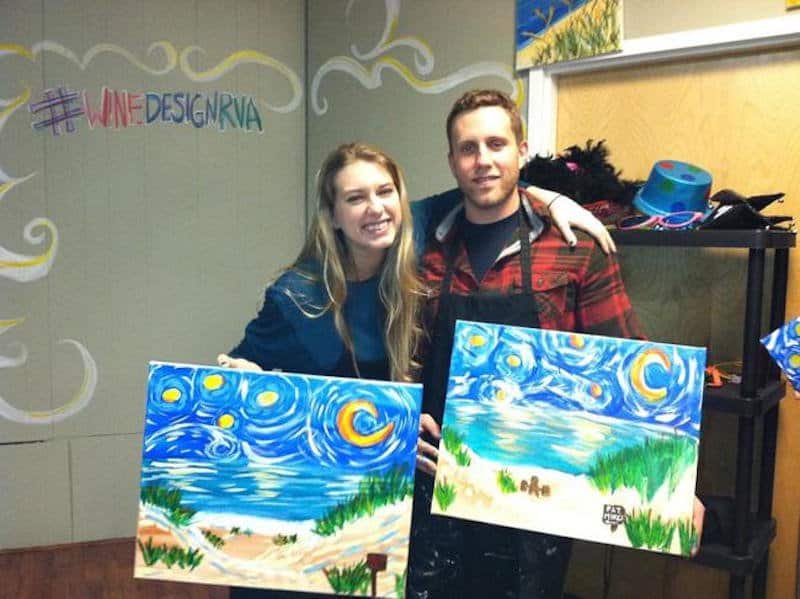 It’s not just the girls with the dirty minds, as this guy joins in the fun. Notice anything mixed into his clouds? 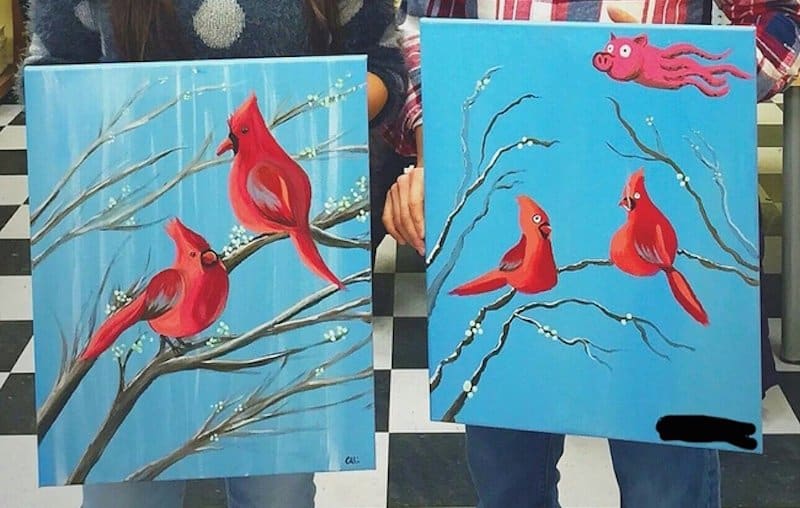 The guy does a pretty good job with the painting and getting the tree and cardinals in there. However, he saw a flying pig that no one else in the class saw! 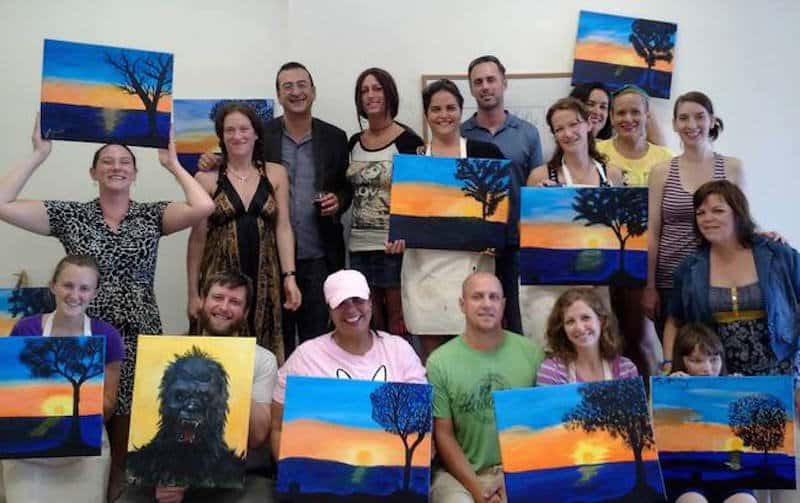 Some people saw a sunset and the beautiful colors in the sky. This guy saw a gorilla! We love how these people hold up their paintings and are so proud of them. 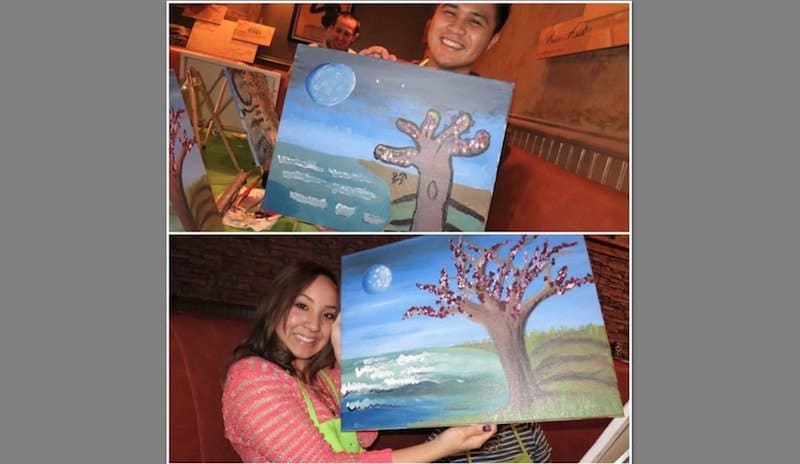 Some people can’t paint and that is fine. You should embrace it and not take a painting class, but this kid tried and he failed big time. The tree limbs look like worms and his waves are too funny. 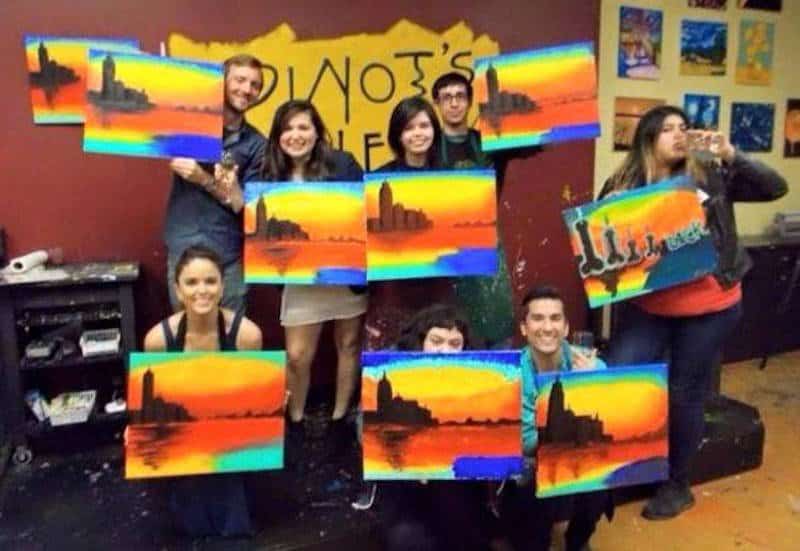 The girl on the right couldn’t even find time to put down her drink to take a photo. She must have been feeling really good, as she started to have penis’ on her mind! 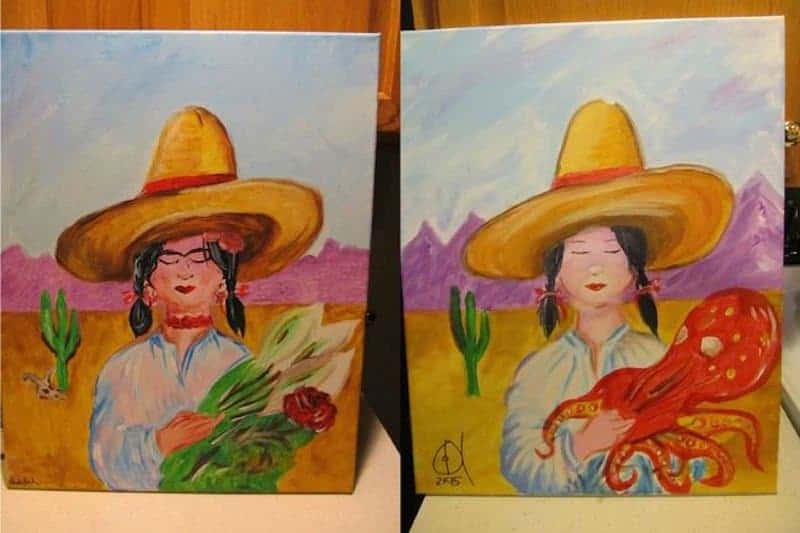 This is a funny one, as we have this lady standing in the desert. The actual painting has her holding flowers in her arms, but this person went with an octopus instead. Where did that idea come from?