Traveling somewhere soon? Chances are, you are going to fly to get to your destination. With the number of flying customers increasing and the fuel costs decreasing, flight prices are now becoming very competitive and attractive. Yet for some reason, air travel is not best known for its customer service. Airports are ranked as one of the most stressful places ever. Airplanes are even worse–flight meals, customer service, leg room are not particularly known to be the best. Air travel is probably the most dreaded part of the trip. But not all airline services are the same–you get what you pay for after all. Here are 10 of the most unique airline services you will find. 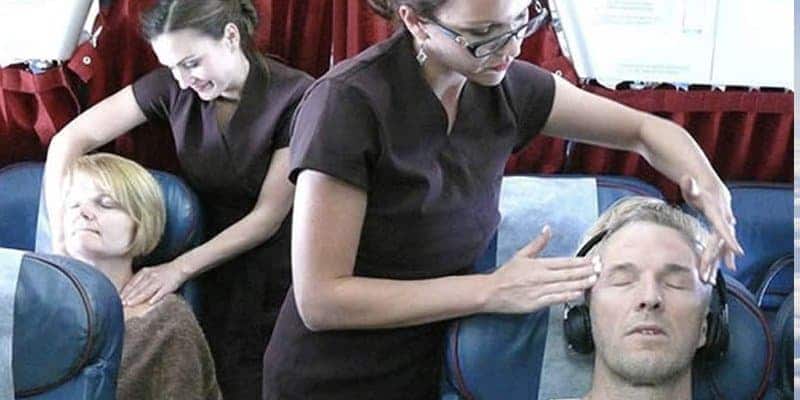 Air Malta provides all their flyers to and from Gatwick with various services, including free beauty product samples and hand, feet and neck massage. Everyone was also treated to $35 dollar worth of vouchers for Myoka Spas.

Air Malta says that the services were only ‘just the beginning’ and will continue to launch similar projects to improve and enhance customer experience. 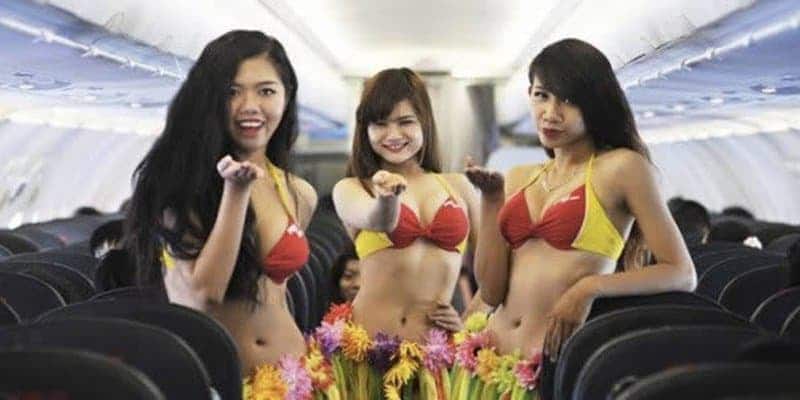 VietJet, Vietnam’s privately owned airline, is quite controversial in the aviation industry for having young and attractive flight attendants clad in only a bikini. They even put on a performance during inaugural flights. While the gimmick has earned plenty of bad press and criticism, it has also earned the company huge amounts of profit.

The ‘bikini performances’ are available on certain routes particularly to summer destinations, where attendants only put on string bikini tops and colorful sarongs. 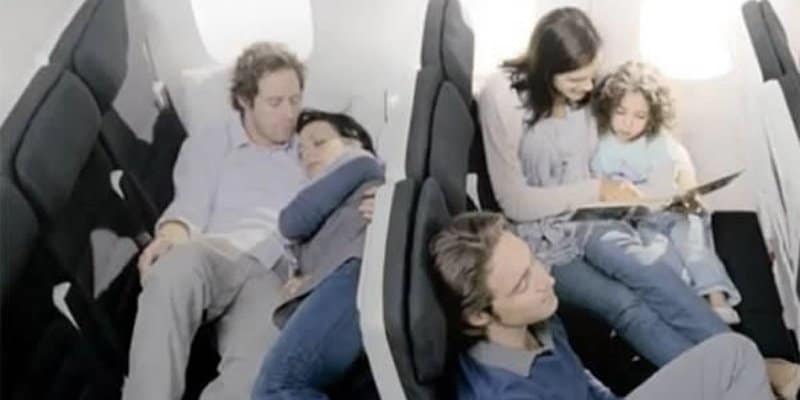 Air New Zealand offers families and couples a so-called ‘cuddle seats’ or ‘Sky couches’, which is an equivalent of three economy seats where you can relax, stretch and cuddle more comfortable, or have enough space for your kids to play in.

This option is only available for the Los Angeles to/from New Zealand route. 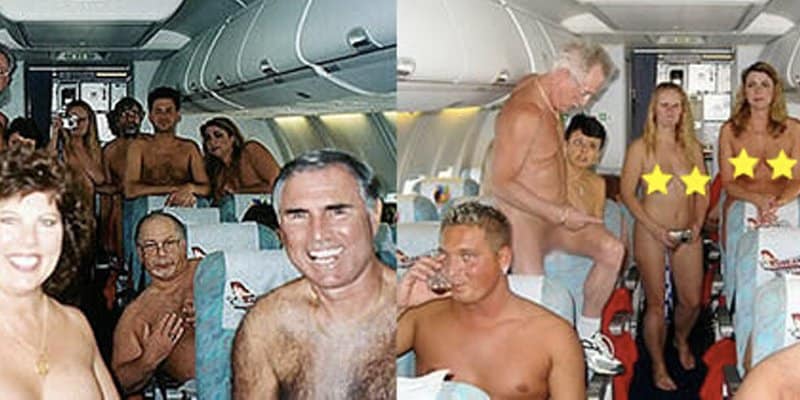 In 2008, Germany offered the first nude airline in the world–where passengers can show their love for nudism and take off their clothes 30,000 ft on air. Passengers need to be fully clothed when boarding and disambarking the plane, but are free to disrobe and wander around the cabin after taxi and take-off. 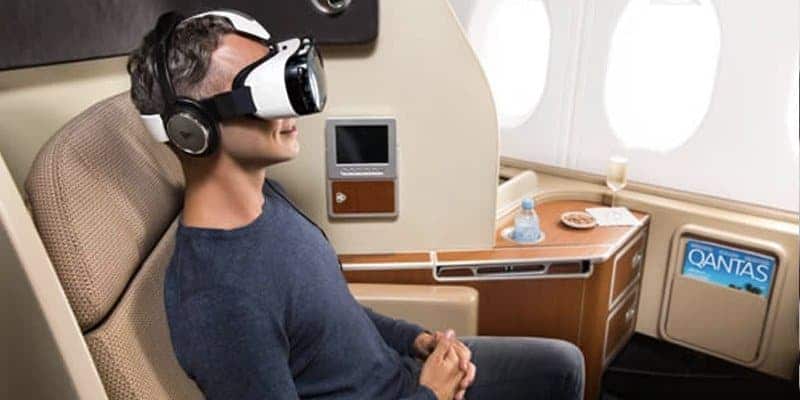 Australian airline Qantas paired up with Samsung last year to offer their first-class passengers VR headsets on long haul flights to and from Australia and USA.

Gear VR by Oculus can be operated with a Samsung Galaxy Note 4 which provide awesome 360 degree views outside of LAX airport, and a 3D look of the Kakadu National Park, Australia. 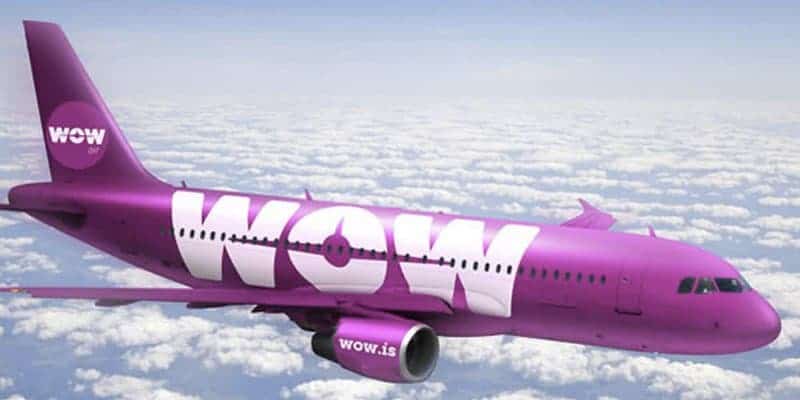 Icelandic WOW airline was recently launched their plane called ‘GAY’, a big pink plane coming from the collection of WOW pink and purple themed Airbus A330s and flies from Iceland to/from San Francisco. The planes are named in honor of the LGBT movement. 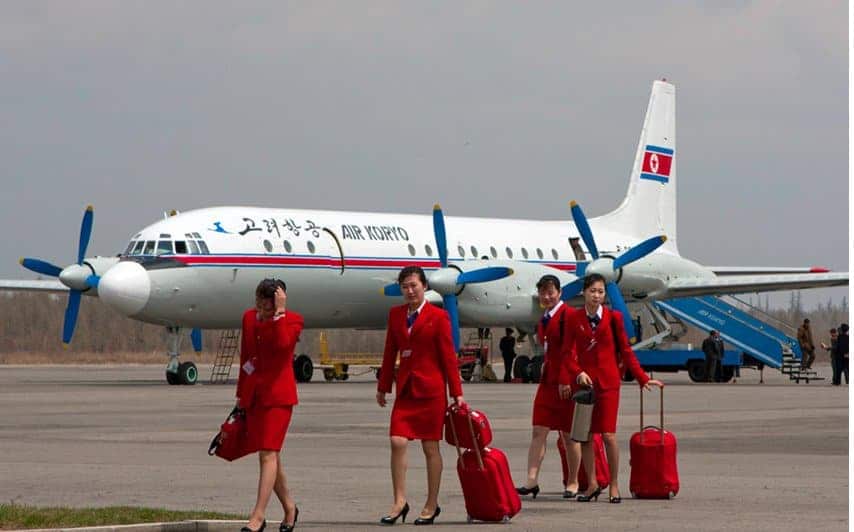 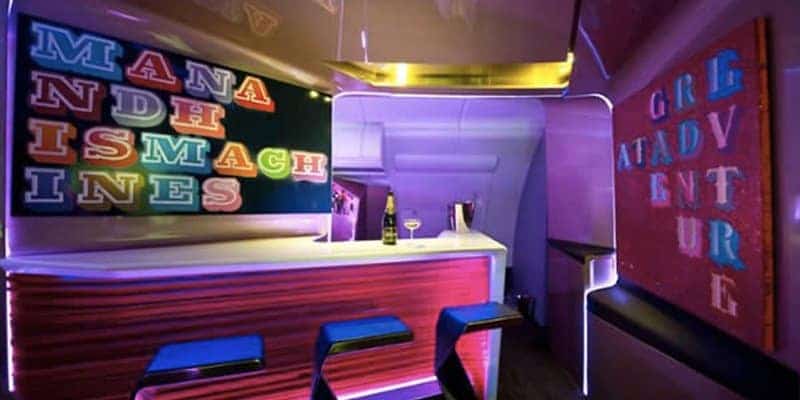 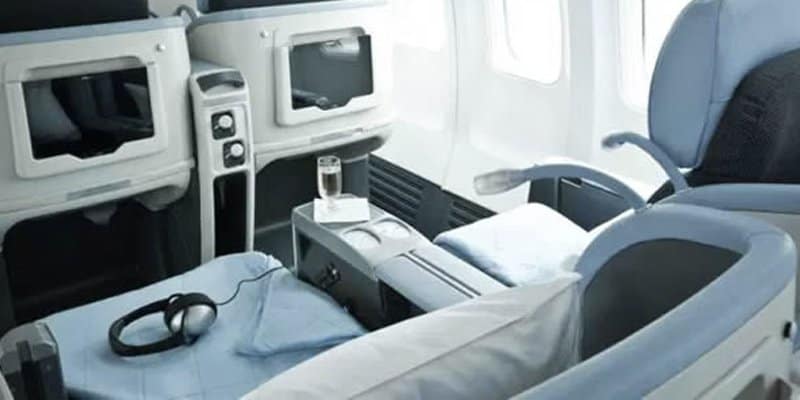 La Compaigne is best known for its extravagant luxury: their seats are all massage chars that recline into beds, Samsung tablets used for in-flight entertainment, and Michelin star food for meals. You are treated like royalty!

La Compaigne only flies between Paris and New York, and it’s not cheap either. Standard fare is around $1,400 USD for a one way Transatlantic flight.

United Airlines First to Offer Uber to their Passengers 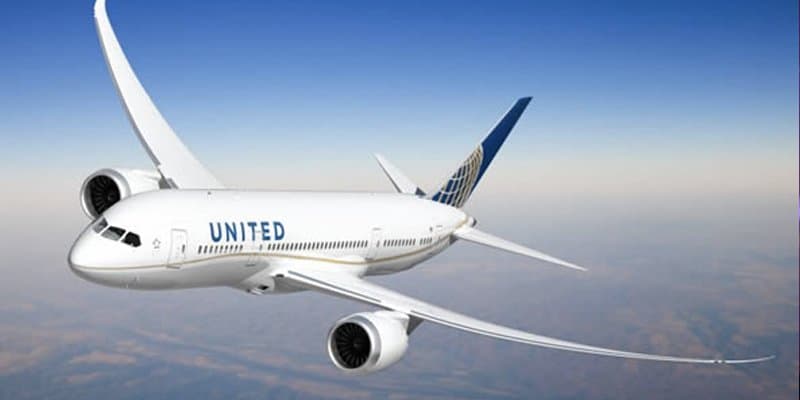 If you’re sick of queuing for a taxi at the airport, we have good news: you can get Uber straight from the plane if you’re flying United AIrlines. They have the app specifying available vehicles, wait times and prices so you can have your ride ready as soon as you leave the airport. Genius!