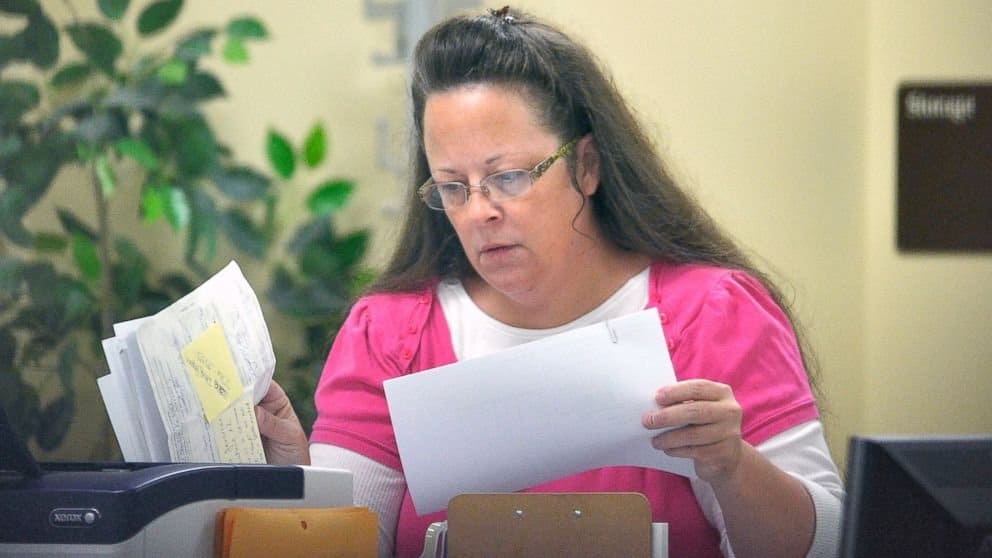 The local clerk of Rowan County, Kentucky, is denying gay couples marriage licences. According to the the woman, God overrules the Supreme Court, and he has said no.

Kim Davis originally asked her employer to excuse her from that portion of the job because of her religious views, but was denied that by the Supreme Court. Now, despite the fact that same-sex marriage is completely legal, and the local Court has ordered her to issue the licenses, she continues to deny them.

According to reports, Davis wasn’t working the desk earlier this morning when two same-sex couples tried to receive marriage licenses, but they were denied by the staff on duty based on her previous orders. Supporters on both sides of the spectrum are gathering outside of the Rowan Courthouse to voice their opinions. Signs have been created and are raised high in the air on both sides – some in support of gay marriage and others against it.

Davis will face jail time if she does not begin issuing licenses.