Cats are some of the very best pets a human can have within their home. At least that statement is true for the first few weeks, just before the cat learns your habits, your schedule, and exactly the best options available to destroy your life and your entire humble abode. A cat wants you to believe they’re furry, cute, and loving, but in reality they really don’t care about you in the least bit. In fact, a cat has complete animosity towards its surroundings more often than not. 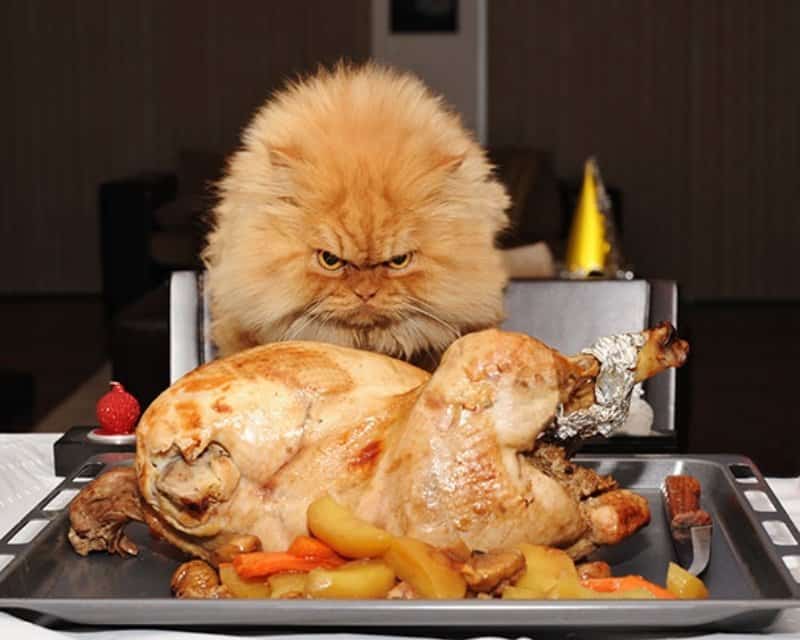 Sometimes people make really nice dinners in the hopes of entertaining their friends and family over a lovely evening. Instead, your pet cat has another plan in mind when they discover the table is all set with delicious looking turkey and other meats. That cat is now the sole owner of said food, so you had better not cross him. 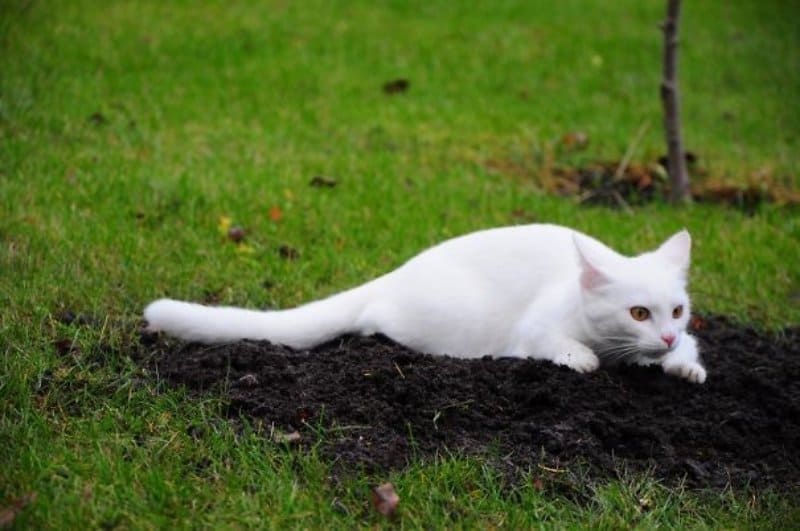 The backyard has a lot of interesting happenings, including birds, bugs, small children, large, grown adults, and perhaps even a small dog or two. A cat will find this hunting ground to be the ideal spot to perfect their catch and release methods, or maybe they will just practice their ambush tactics before messing with you in the middle of the night. 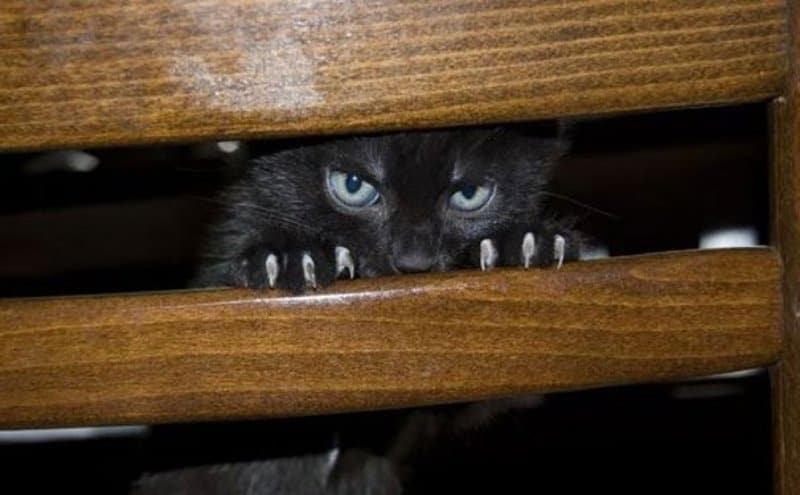 You may be able to hide for a little while, but there is always a cat within your home that has her eyes on you. You may think you’re safe, but then you turn around, and peeking through the wooden cracks of a chair or a door is the single most deadliest animal to ever have been invited into the comfort of your own abode.

Wait Until I Escape 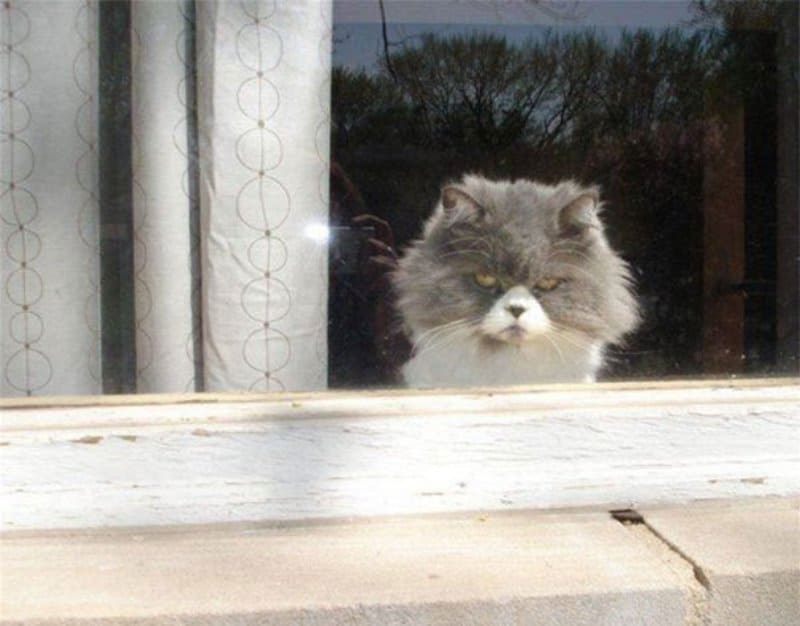 This glass is holding the grumpy cat back from the interested people taking a picture, but it won’t be there forever. In the summer time, the humans living within the house will open that window and then he will strike. People may laugh now, but it won’t be long until he’s attacking with furious claws outstretched. 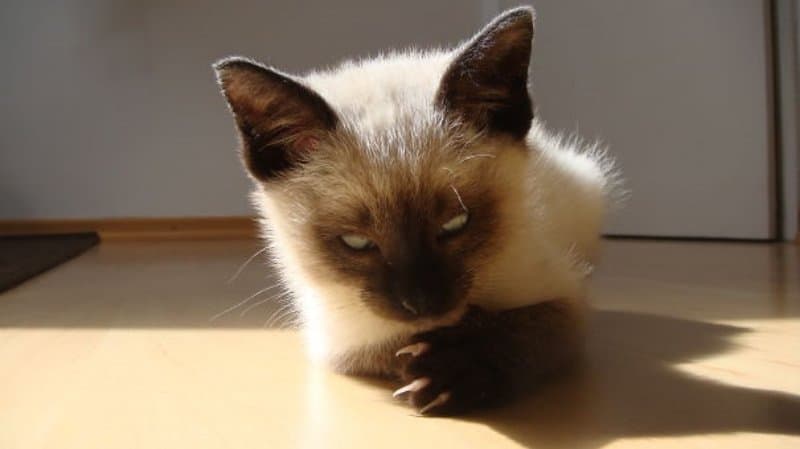 Cats make plans. Humans should probably know this by now, especially considering the amount of time our felines spend laying around or watching what is happening in their immediate surroundings. This particular cat has something in mind and she intends to enact that plan within just a few moments.

You Made a Mistake 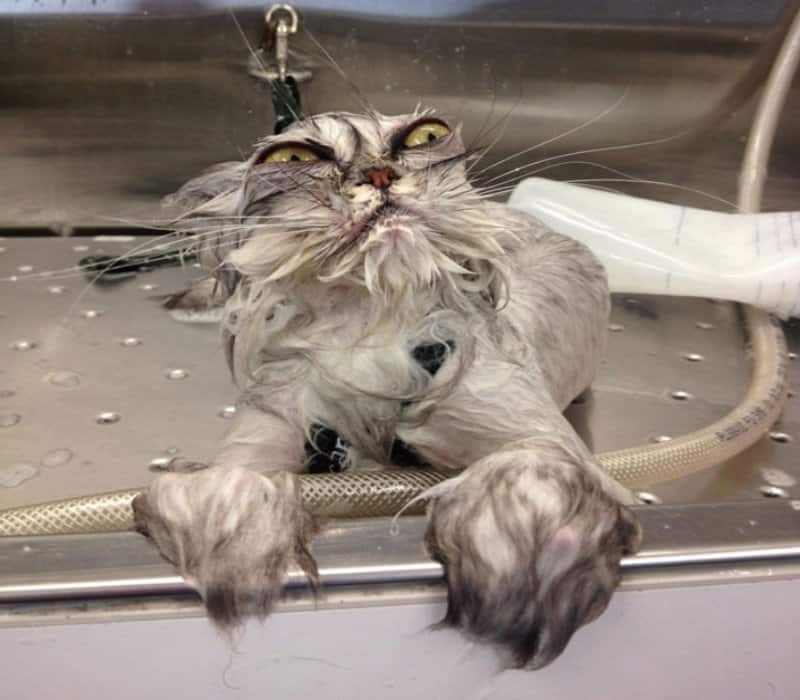 A bath is certainly necessary when you own pets in your home, but that doesn’t mean said pet is going to be exactly happy about the affair. This particular cat is showing exactly how he feels about dealing with water, and the look on his face should be a firm warning to never try something like that again…or else. 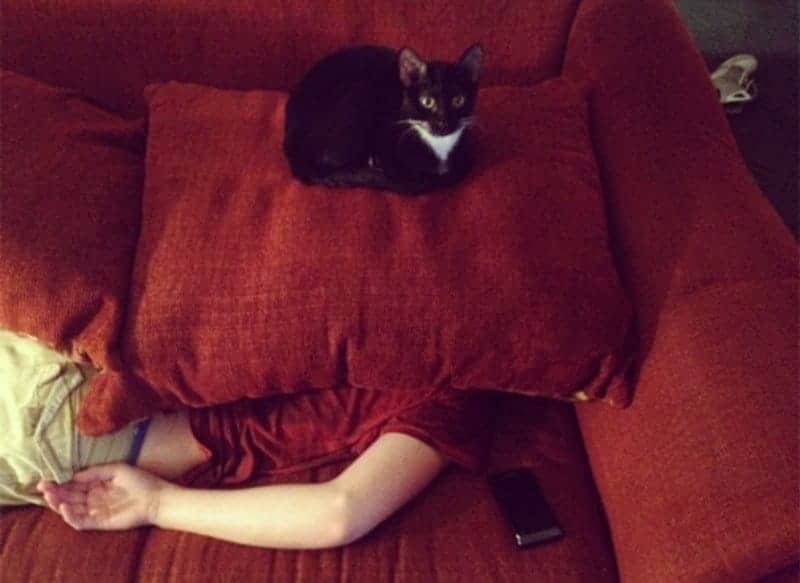 You may have thought you were lying down for a moment to take a nap, but what was really happening was you were setting up your own demise for the local cat. He took advantage of the situation and climbed atop your covered face. Now what will you do as his crushing weight leaves you gasping for air? 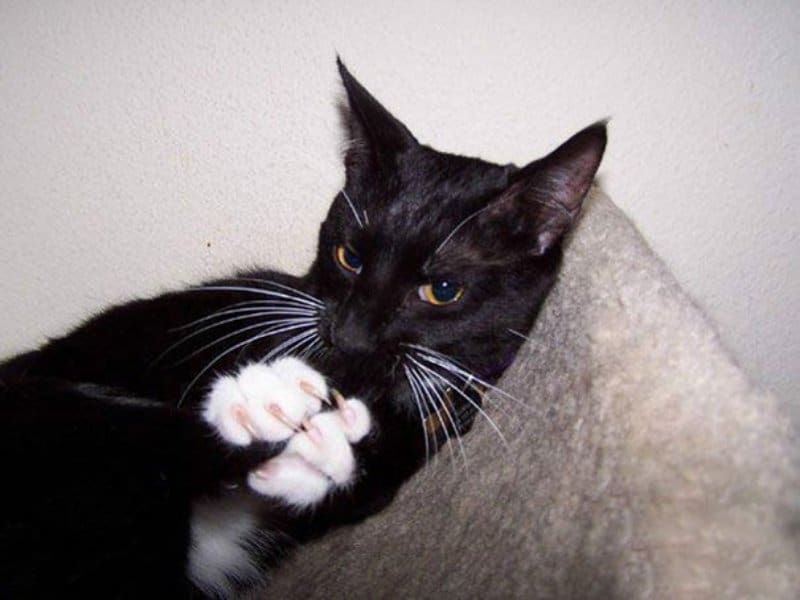 You did something wrong when your pet looks like that. He has moved past the upset stage and is already planning to murder you in your sleep, so you had better keep an eye open when you climb into bed. Of course, it may just happen when you sit down on the couch or the toilet, too.

Not a Single Care 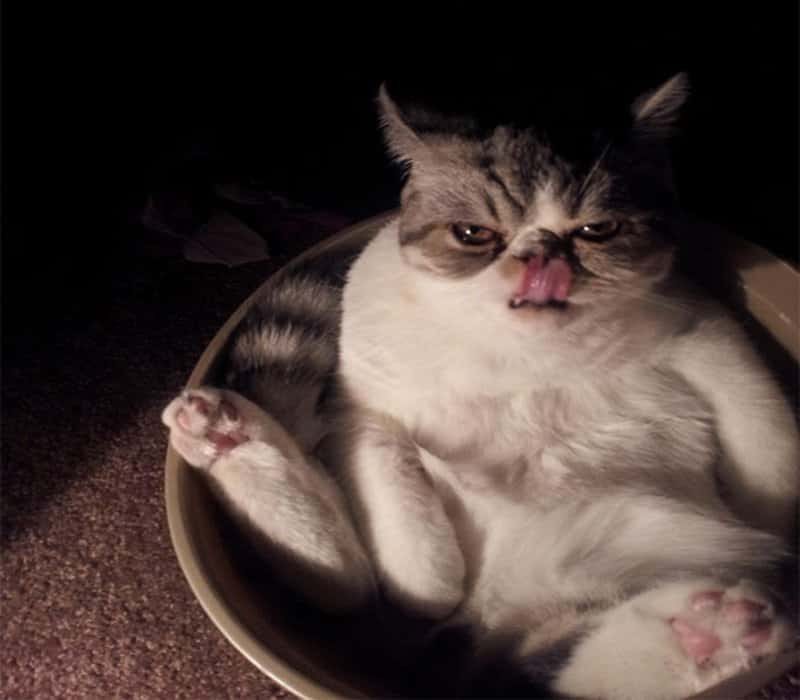 People say things wrong all the time, but we always assume our animal doesn’t understand what we’re saying. Well, that assumption appears to be compeletly wrong. This fur-ball understood every single word and he is not amused in the least bit. 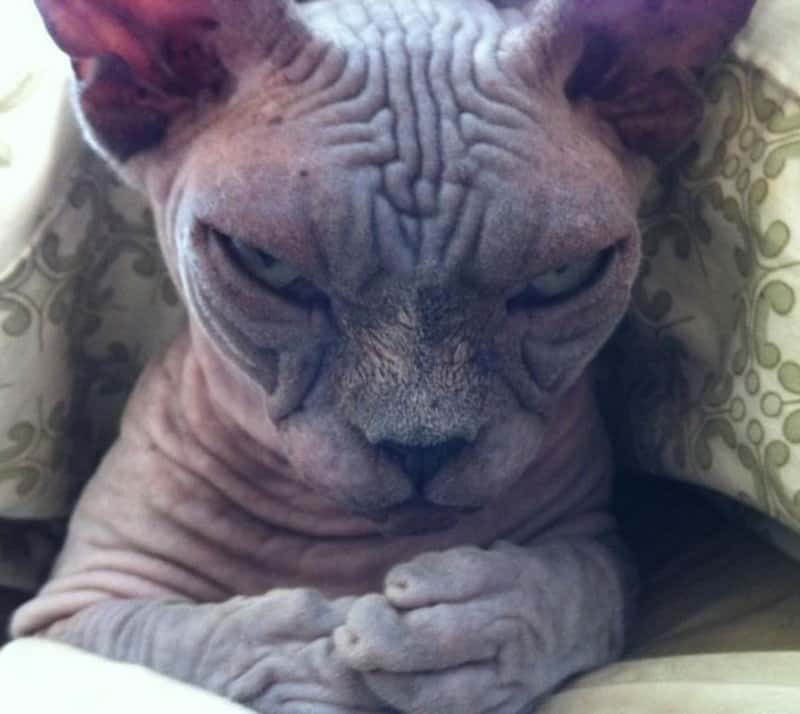 Hairless animals are pretty creepy already, but this one takes the cake. He appears to have an evil lair already sorted out, but the idea of laser sharks has him silently wondering whether or not the investment is a good one. It’s a good one, just a hint. 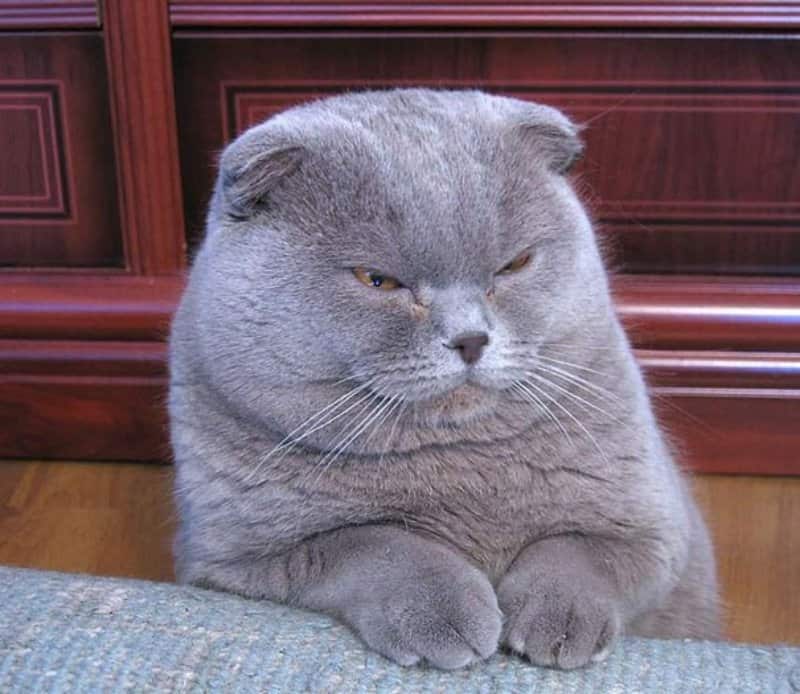 He heard you talking about him behind his back again. That look on his face is one of complete and utter contempt for everything about your existence. If you talk sh*t, then your cat is going to find you and knee cap you when you least expect it. He’s like the feline mafia. 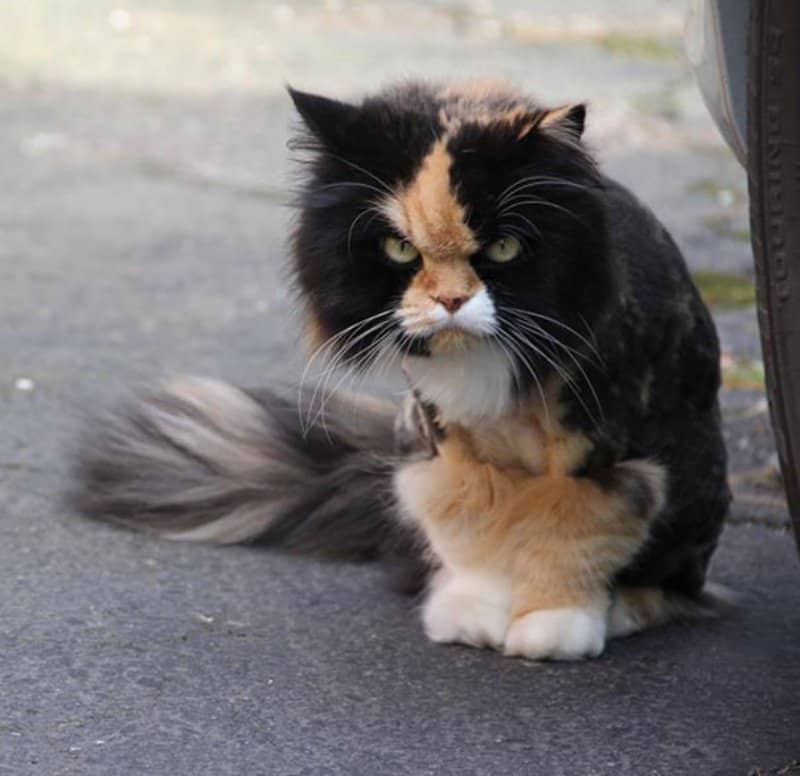 Take a moment to imagine yourself walking down the alley behind your house. Everything appears to be going well, there is sun shining overhead, birds chirping, but something is blocking your path ahead. This cat hangs out with his friends back there sometimes, and they aren’t very nice. They sing, they snap their paws, and they may just pull a switch blade on you.

You Said The Wrong Thing 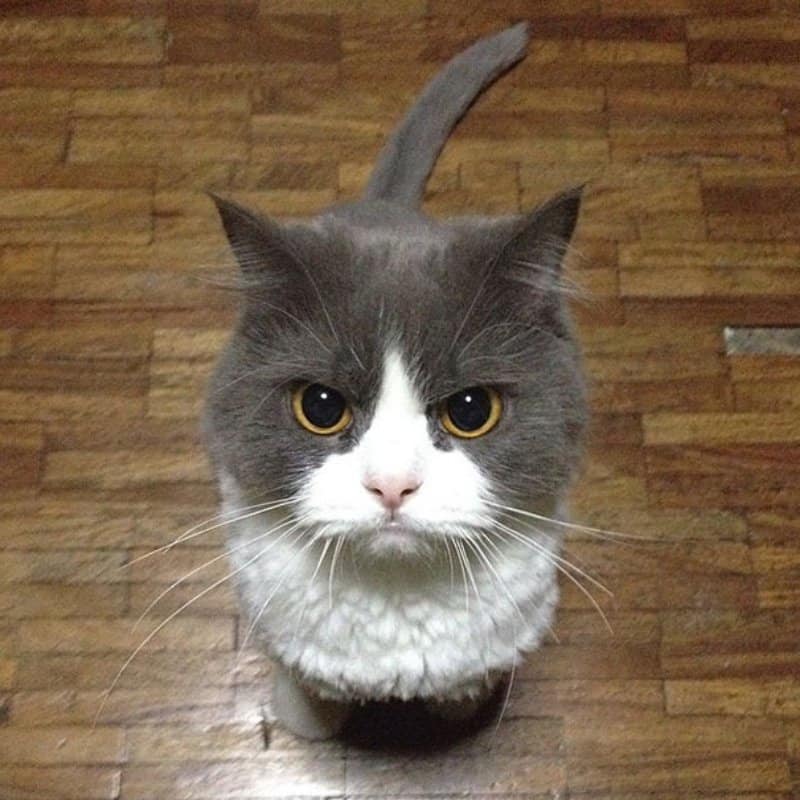 Those big, soft eyes may look incredibly unassuming and cartoon-like, but don’t let that fool you. You have two options: either stare directly into his eyes or turn your back. Either one is going to end with you being scratched or bitten more than once.

This Is Mine Now 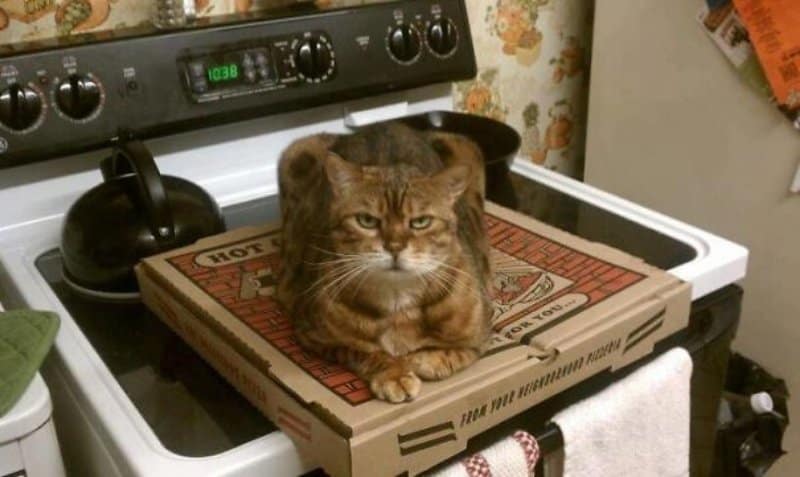 Eating pizza for dinner is one of the very best things that you can do as an adult. However, if you leave the pizza box anywhere out in the open then you’re probably going to lose it. Cats love pizza as much as a college student, so you had been ensure the cheesy goodness has been thoroughly cleaned up.

Don’t Talk To Me 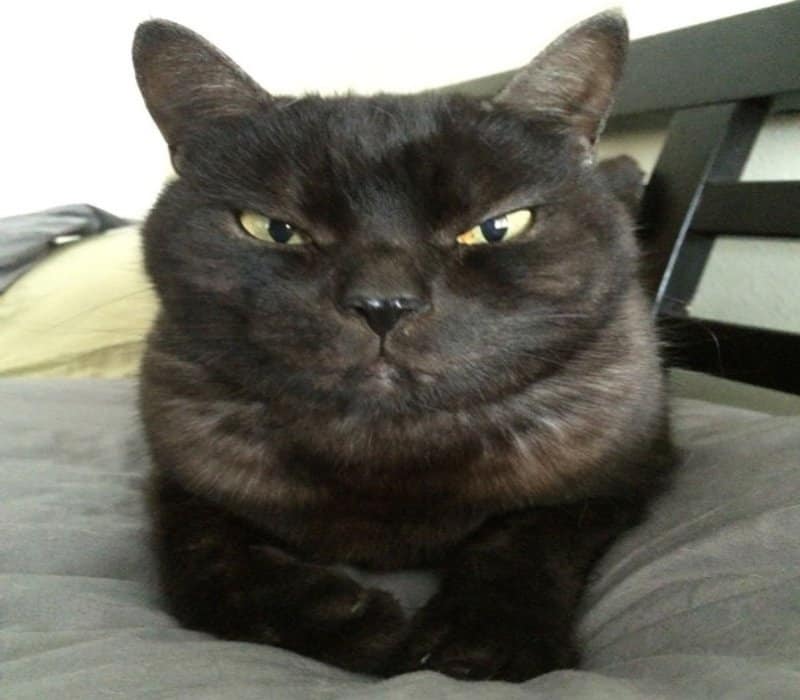 Sometimes people don’t want to have a serious topic brought to their attention at certain times. This cat doesn’t want anyone talking to them at all…ever. If you do have to speak, though, make sure it is in a soft tone that won’t upset the feline any further. Otherwise you’ll sleep with the fishes. 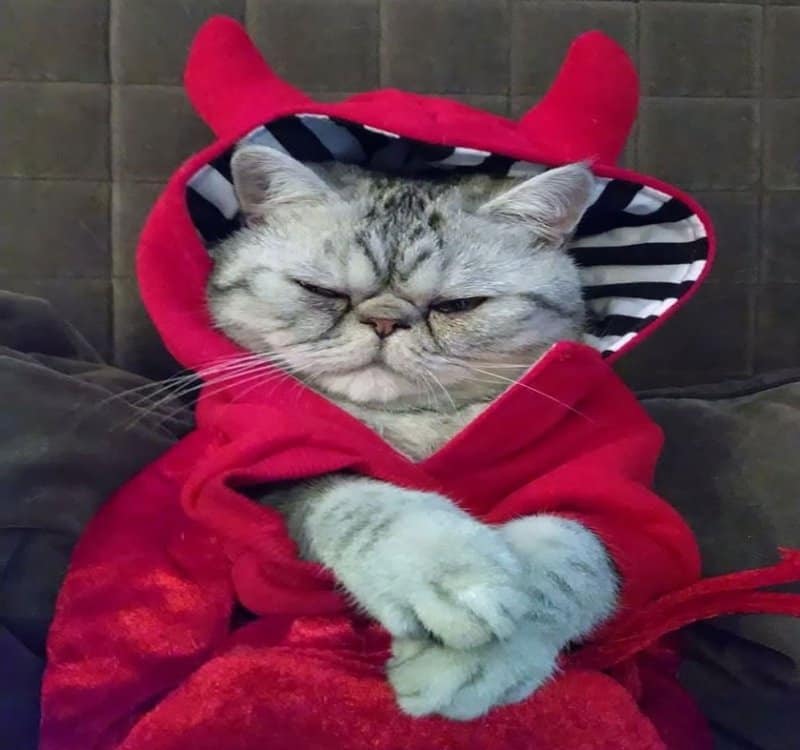 Some cats exude a sense of being an evil villain. If you dress your cat up, then you had better expect them to find an agent of mystery to battle when they aren’t trying to kill you by dangling you by chains above a piranha tank. Or, alternatively, you could just not dress them up. 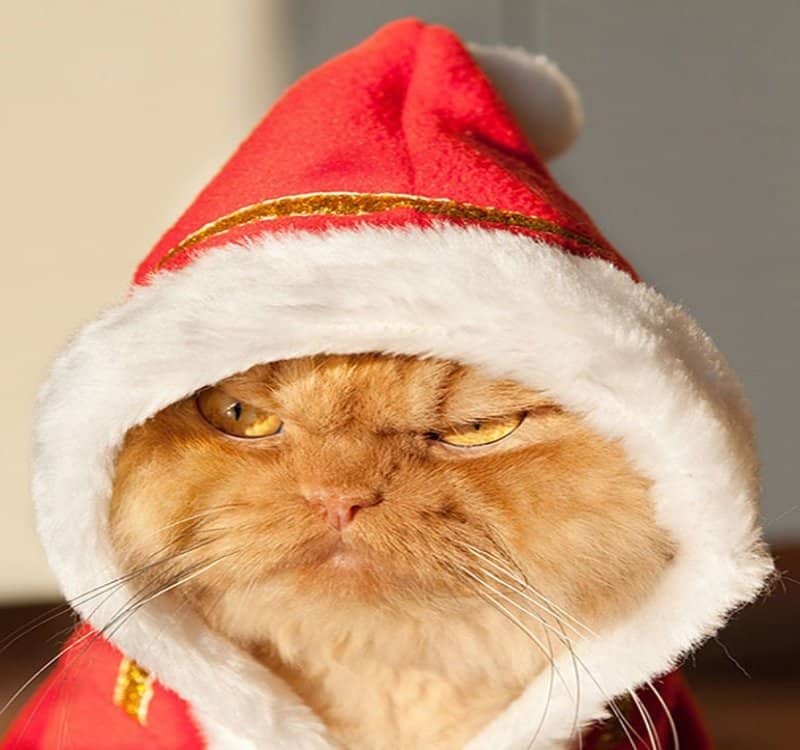 Again, dressing your animal up is something a lot of people do, but the pet probably doesn’t have strong feelings for the occurrence. Give a feline a hood and then you have created a future Jedi master that should rival the likes of of Obi-Wan. 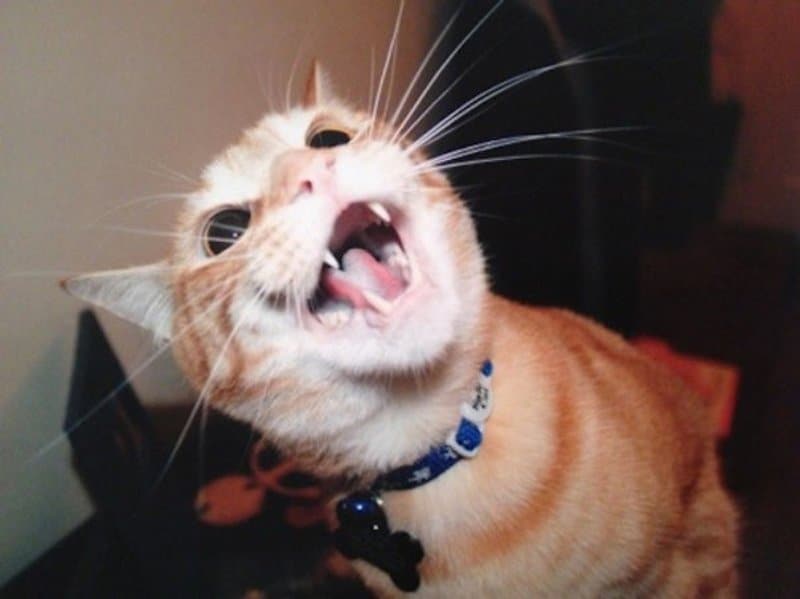 Words have failed you and it is finally go time! This pet cat has decided you’re worth his time and he is going to destroy you in one-on-one combat. Those razor sharp fangs will puncture your spleen if you’re not too careful. Keep your guard up and make a quick right jab to defend yourself.

What Are You Looking At 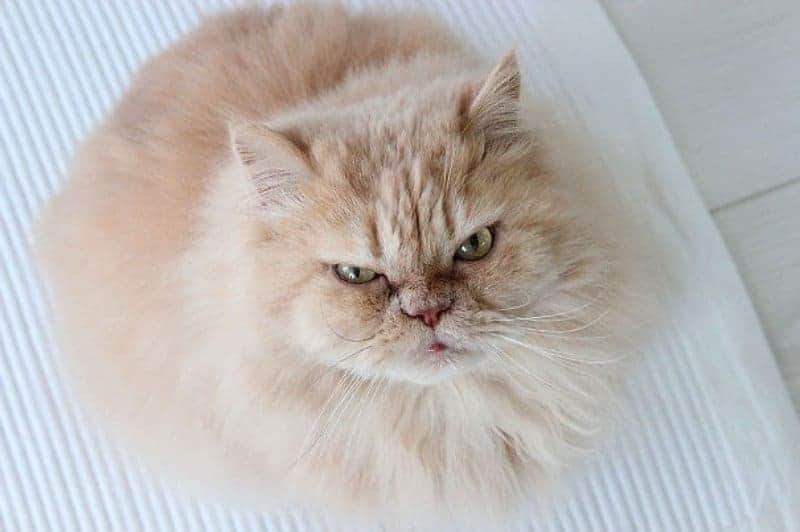 Don’t look down upon your pet no matter how small they are compared to you. The look of pure rage you will receive should ensure you don’t ever make that same mistake twice. Unfortunately, if you did it once then you’ve already spurned them and their murderous rampage will begin.

I Am Not Amused 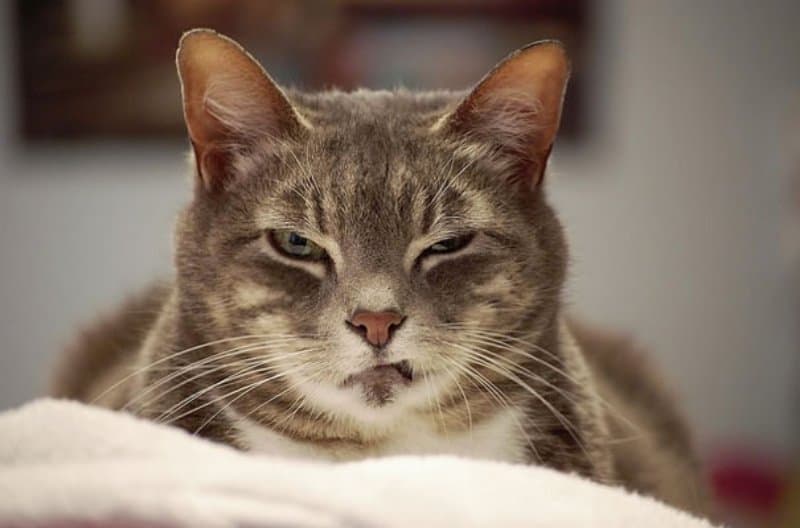 Oh, so you thought your joke was funny earlier? False! It just earned you a spot on the kill list by the feline army to eradicate all humans. They meet every Monday night in the back alley, and you are the primary target thanks to the shenanigans.