15 Pets That Are Secretly Ninjas

If you own a cat or a dog, chances are you’ve walked from one room to another and accidentally tripped over or stood on them because you forgot they were there. Having a pet can sometimes feel like have an awkward bit of furniture that lies in the middle of the room in everybody’s way.

So imagine the poor people who have to put up with these animals who have (perhaps unknowingly) found a way to completely disguise themselves or blend into their surroundings. If you thought stepping over the cat that’s lying on the kitchen floor was a pain, you should try looking out for these ninja-like creatures.

A friendly heads up: some of these are legitimately hard to see. 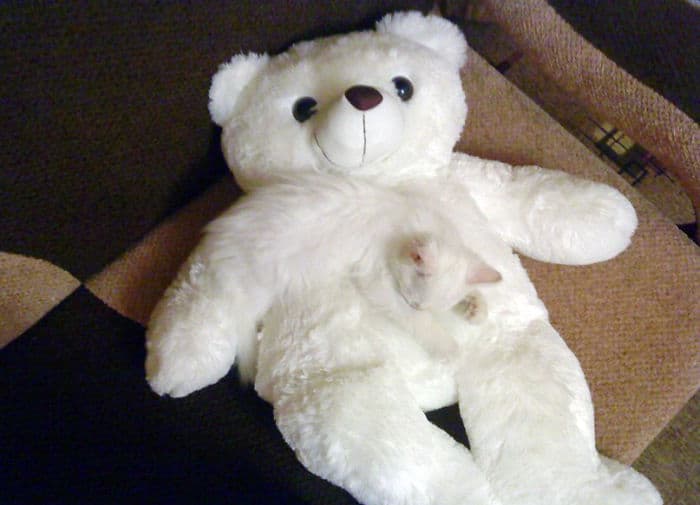 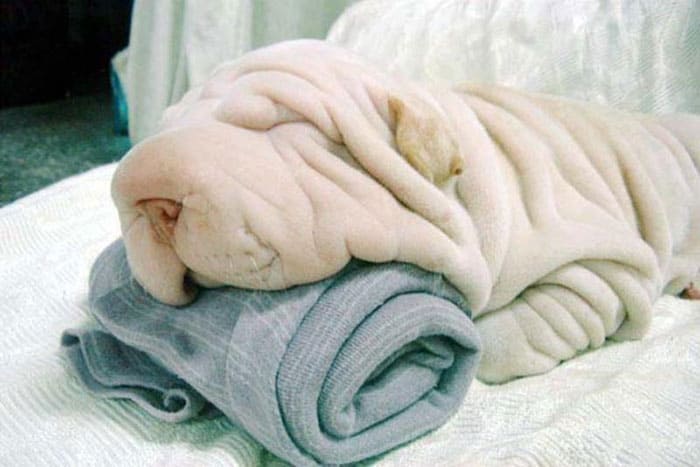 While this one isn’t technically camouflaged, in the right frame of mind you’d almost be tempted to pick it up and fold it away with the rest of the linen. 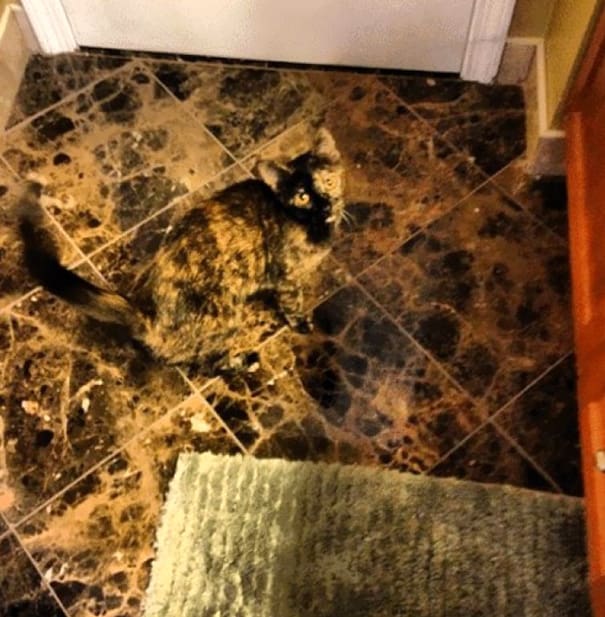 There is no way this tabby cat hasn’t had it’s fair share of human footprints on it with that kind of camouflage. 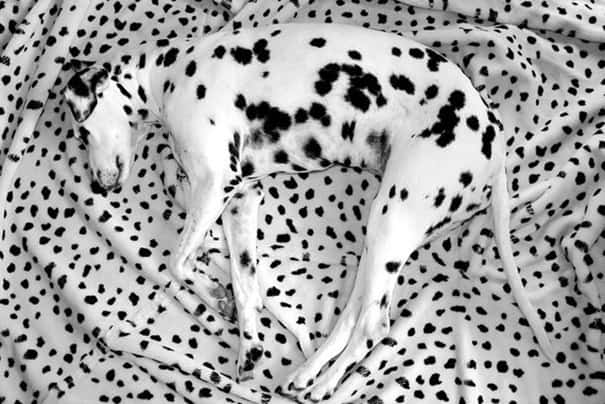 We’re pretty certain this was intentional. If you own a dalmatian and you purchase a spotted blanket, it’s going to cause some confusion. 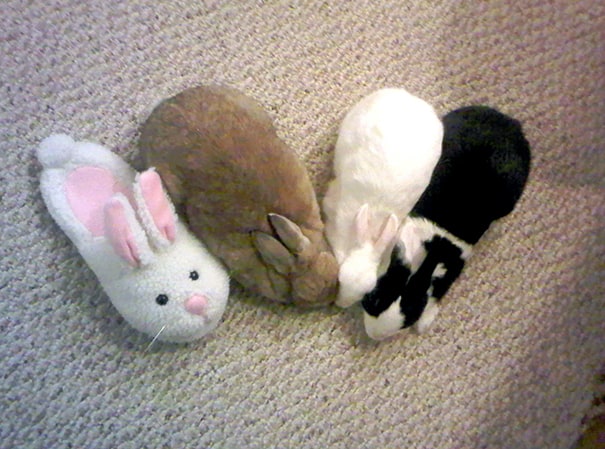 Sometimes they just like to mess with our heads. 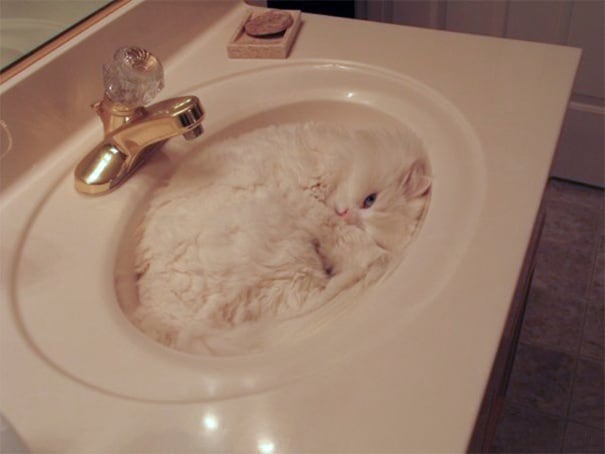 Remember before when we said that cats can pretty much sleep anywhere..? 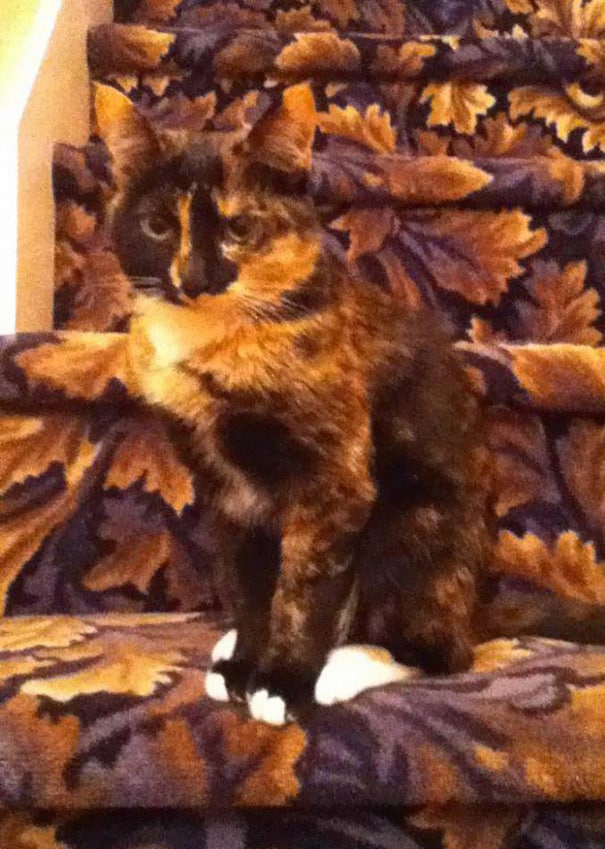 While it’s not our place to judge, if that was our home either the cat or that carpet would have to go. Guess which one we would pick… 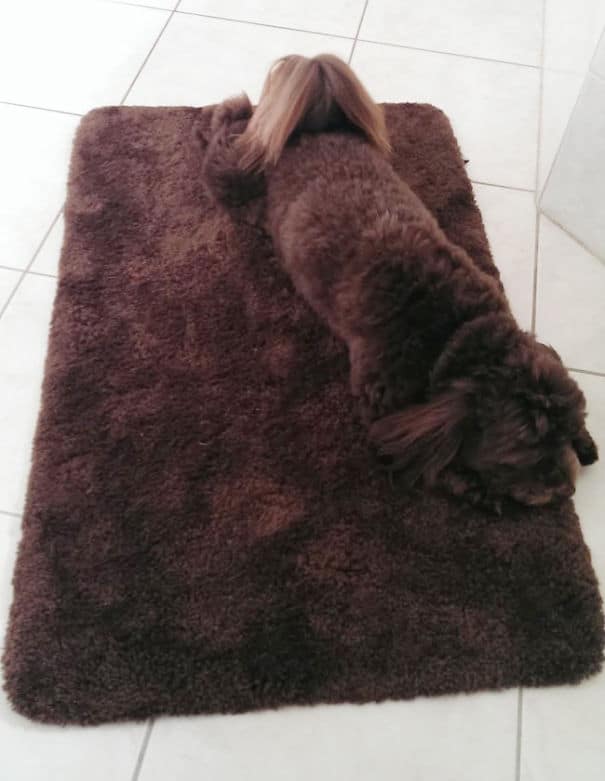 This one is even more perplexing. At a quick glance, it’s not easy to tell which end of this dog is the head and which is the tail. 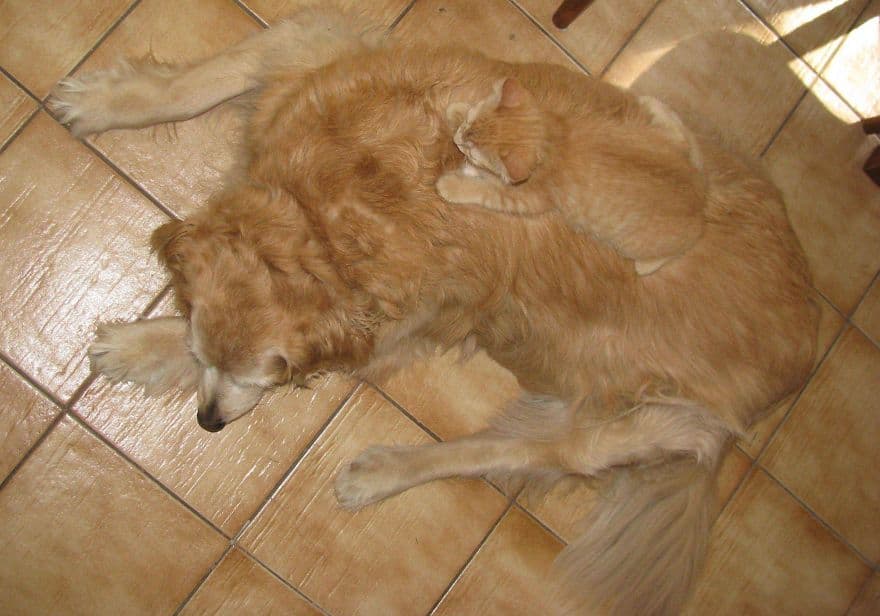 Sometimes they even use each other for their ninja schemes.

That One Scene In Psycho 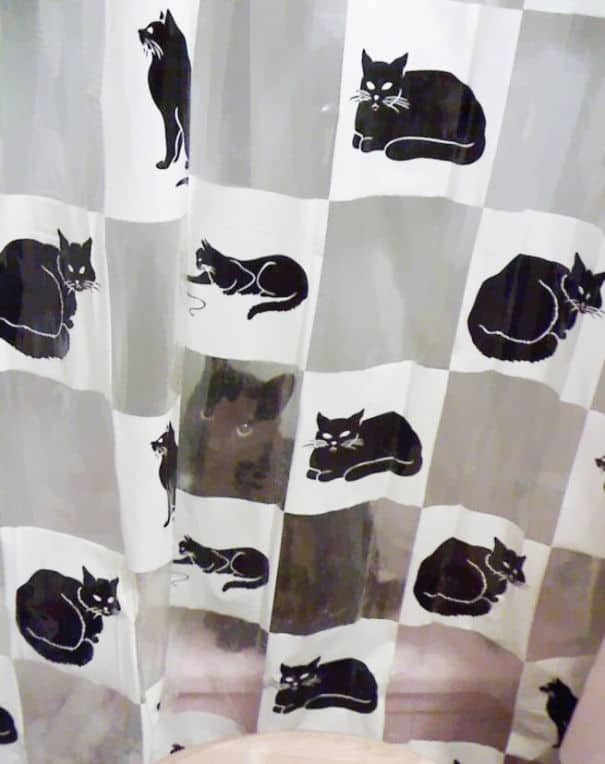 This cat is either hiding or re-enacting that shower scene in Alfred Hitchcock’s Psycho. 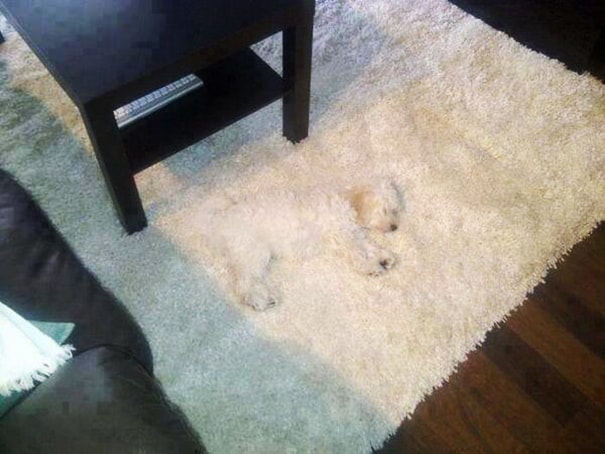 If it wasn’t for the black nose and paws, we’d still be staring at this image with a confused look on our collective faces.

Blending In With Soft Toys 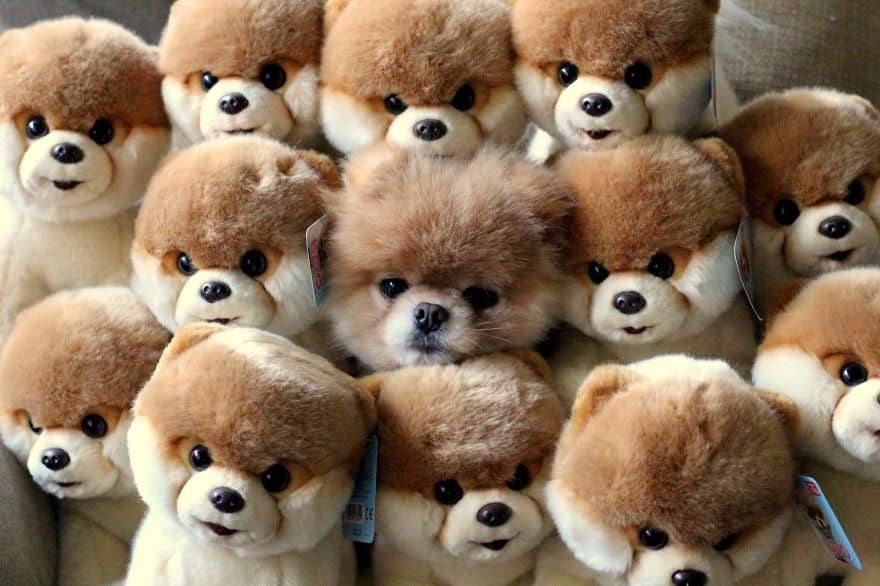 Sometimes they’re too stealthy for their own good. 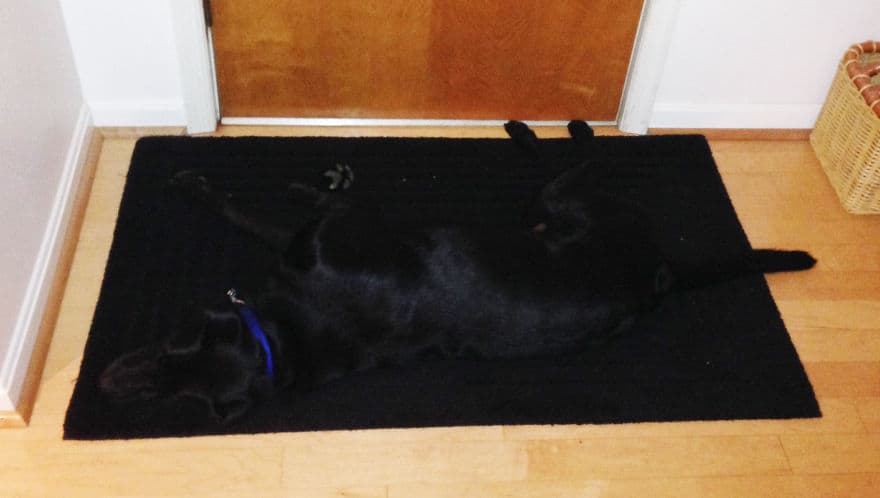 Right by the door as well. This is an accident waiting to happen. 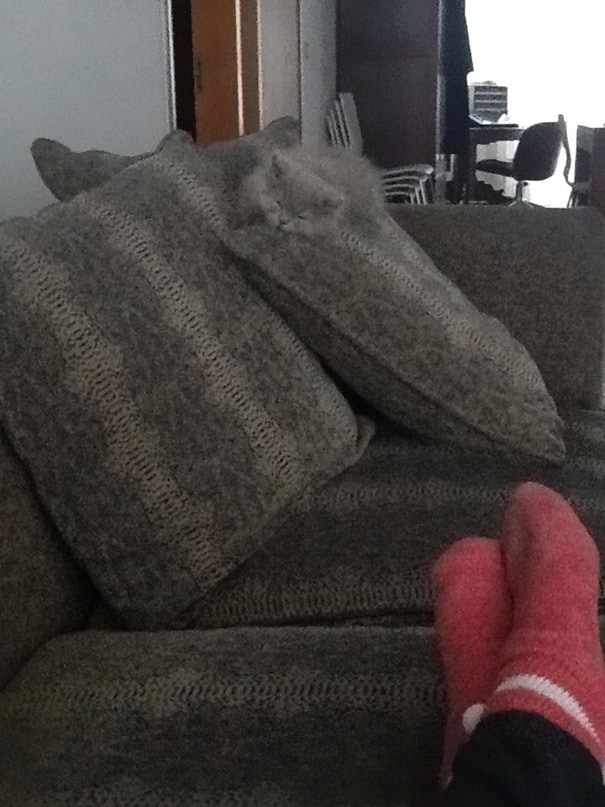 Well, at least it’s not in the way this time. 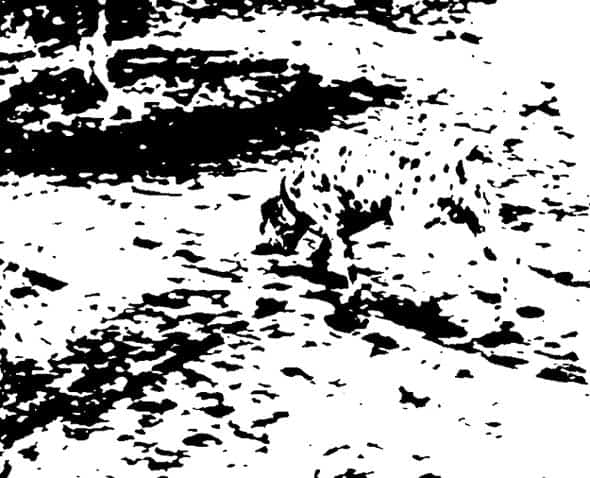 We’re throwing this one in just to mess with your eyes a little. Can you see it?