This painting was created by a 23-year-old artist named Cedric Chambers. It has caused controversy because of its depiction of Lord Jesus being carried by a large Darth Vader figure, with the smoldering images of New York’s Twin Towers in the background. 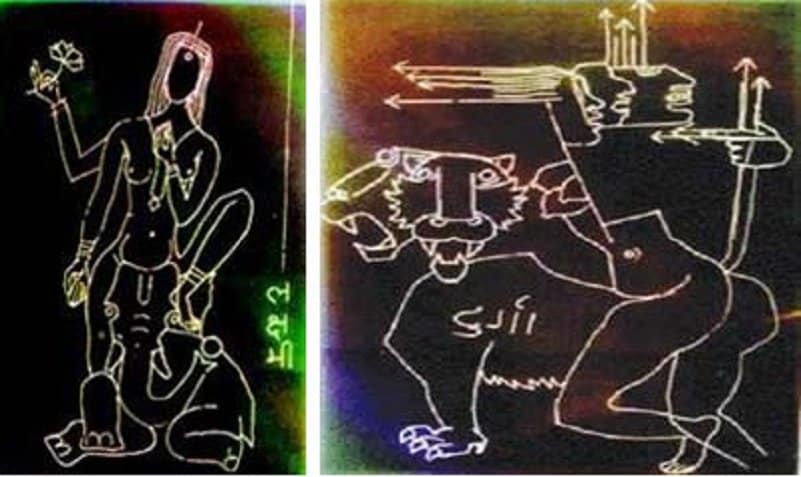 Maqbool Fida Husain, aka the Picasso of India, has painted this masterwork that has become one of the most controversial paintings of the present era. The painting features naked women in different sexual positions. When it was displayed, 8 criminal complaints against Husain were filed. 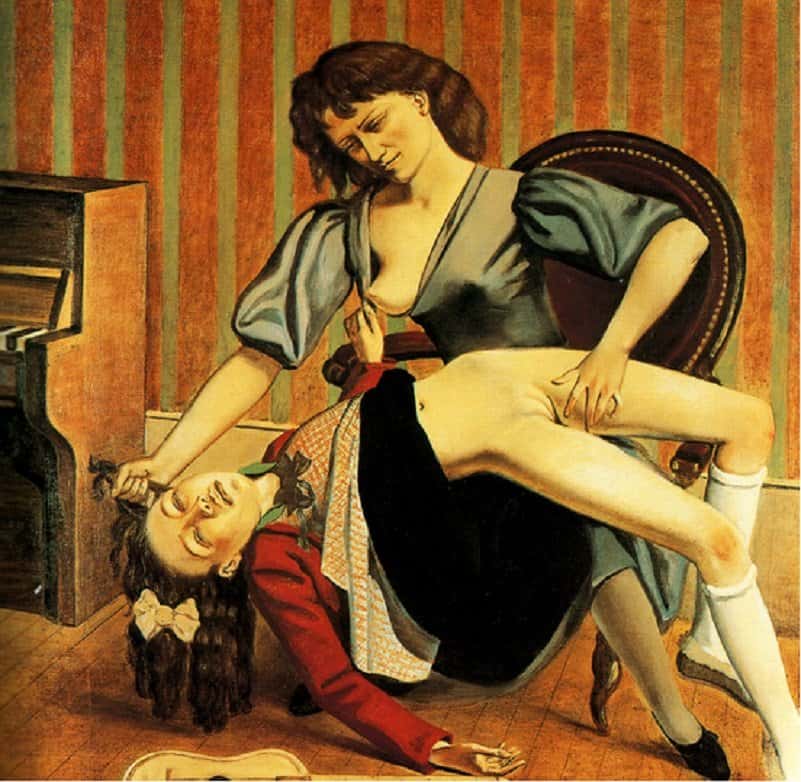 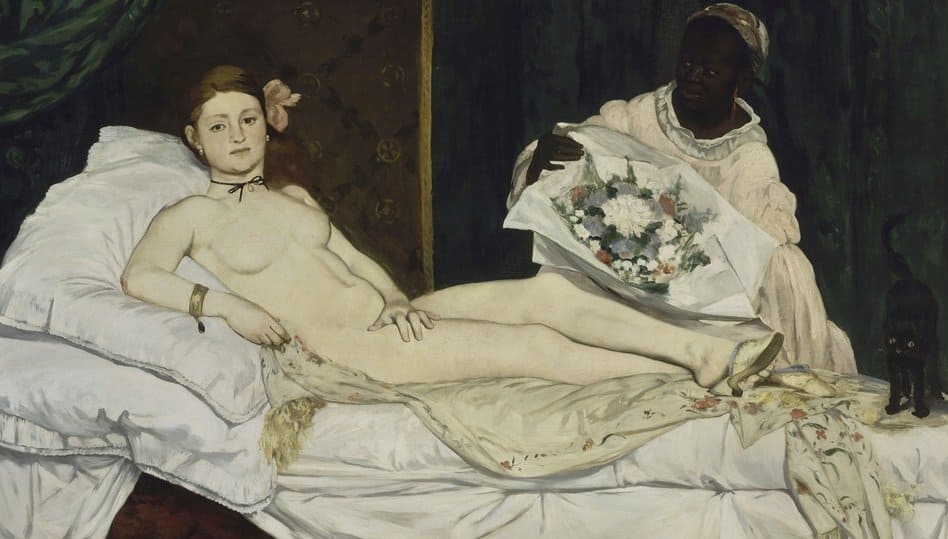 Olympia by Edouard Manet features a naked woman as its subject and is said to be reminiscent of Goya’s La Maja Desnuda. The prostitute depicted in the painting is considered a form of vulgarity by several people, particularly because the nudity is brightly stressed through the use of very light colors.

One Nation Under Socialism 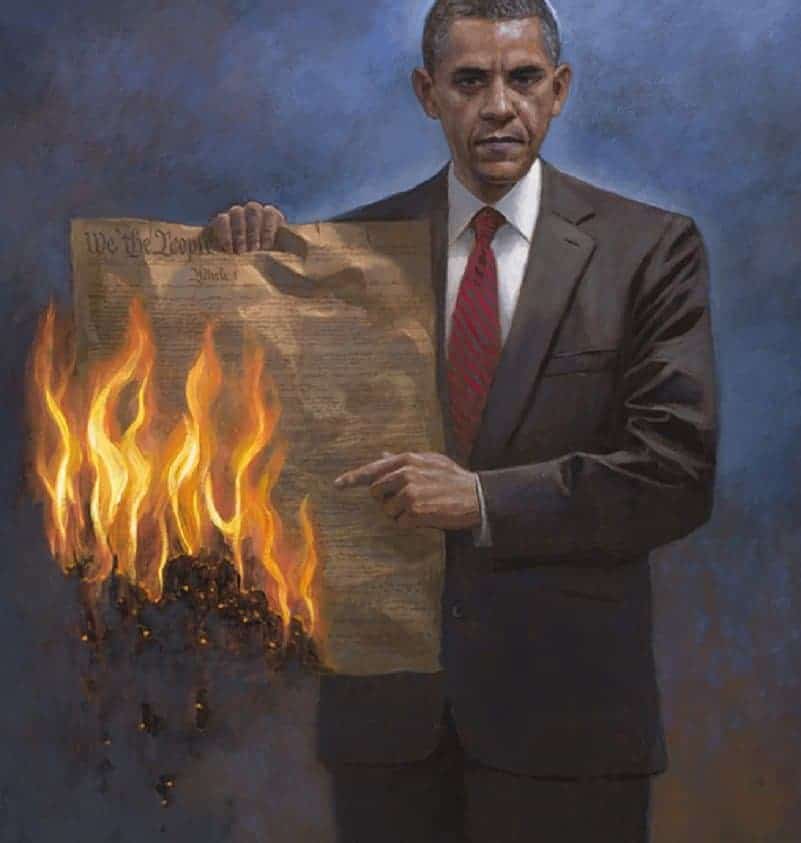 This painting by Jon McNaughton has been extremely controversial because it puts United States President Barack Obama in a bad light. This painting shows Obama burning the U.S. constitution while pointing at the flame. 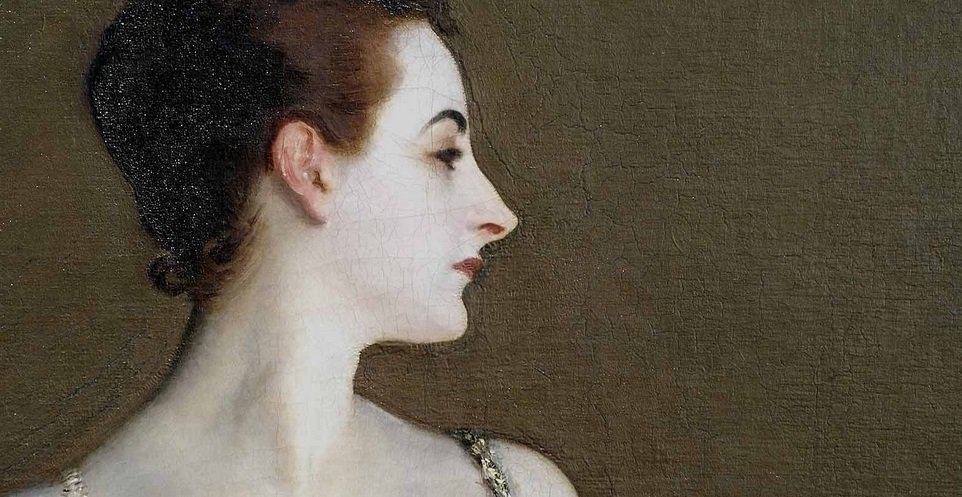 This picture of Madame X was made to depict the adulterous lady of the French society named Virginie Amelie Avegno Gautreau. It provoked controversy due to the subject’s suggestive pose that was described as vulgar, arrogant and self-centered. Such flaunting was just not done by ladies of social standing. At present, the painting is on display at the Metropolitan Museum of Art in Manhattan. 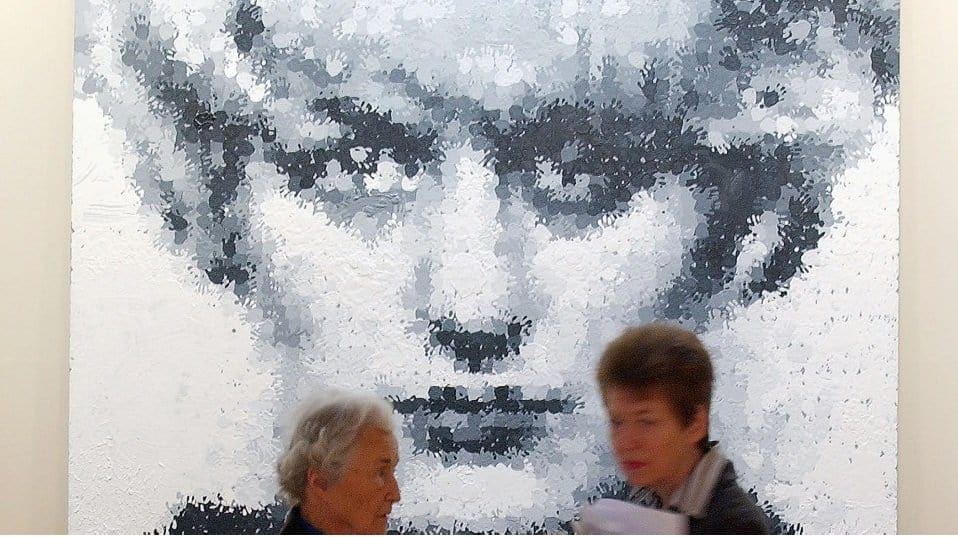 Myra is a painting by the artist Marcus Harvey of Myra Hindley that is made out of the handprints of little kids. Along with Ian Brady, Myra Hindley was responsible for the brutal murder of 5 kids aged between 10 and 17 years old in the years 1963 to 1965. As soon as the painting was put on exhibition at the Royal Academy of Art back in 1997, it was attacked by members of the public, who splattered the canvas with ink and eggs. 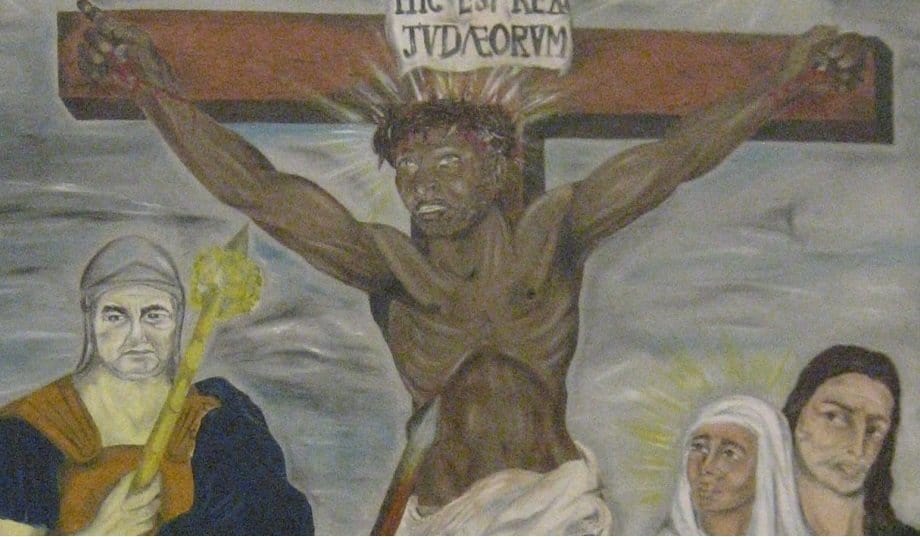 Back in 1962, a South African artist Ronald Harrison painted Lord Jesus as a black man. Jesus Christ was portrayed by president of African National Congress Albert Luthuli. Albert was Christ crucified, surrounded by the former Justice Minister John Vorster and the former Prime Minister, Hendrik Verwoerd serving as Roman soldiers. After the painting was displayed in 1962 at St. Luke’s Church in Cape Town, the artist was taken into custody and tortured by police. 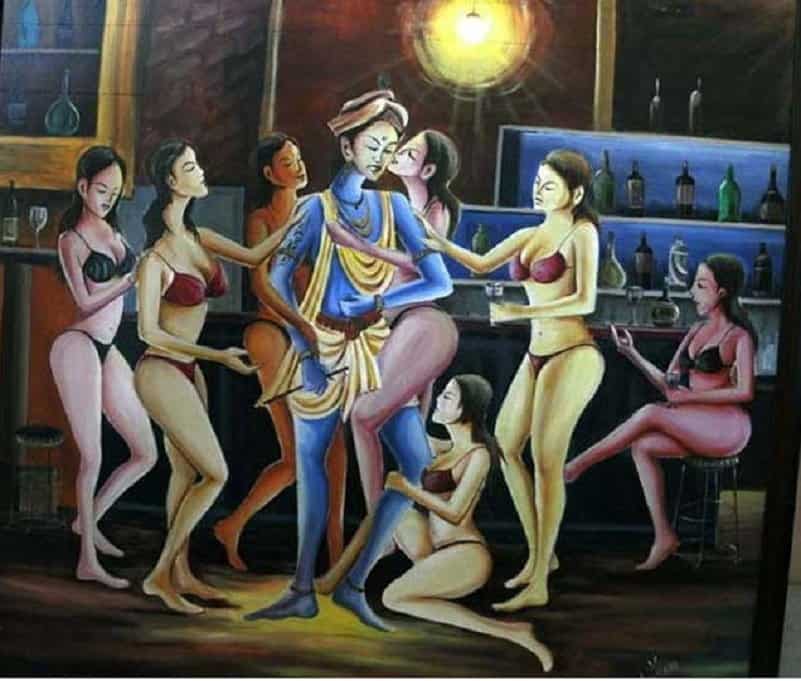 In this controversial painting, an Assam-based artist Akram Hussain has painted Hindu God Lord Krishna with 7 bikini clad women in a bar. 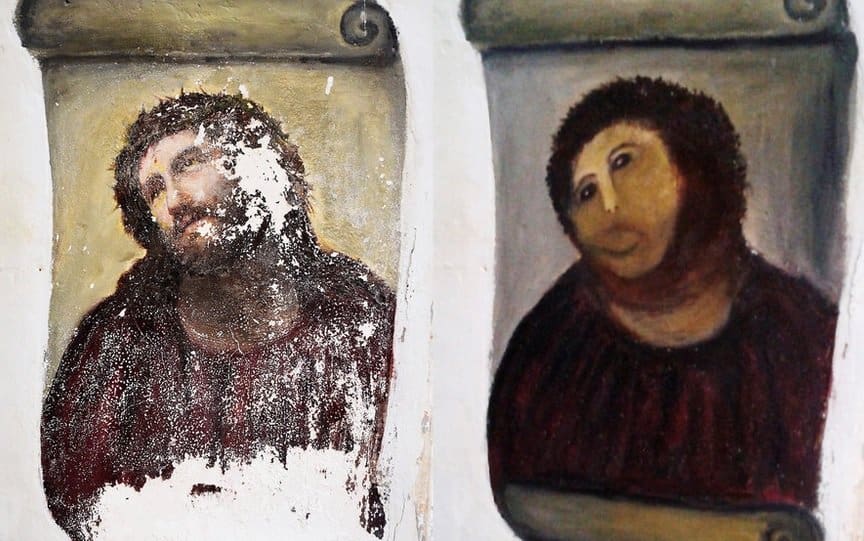 Back in 1930, Spanish artist García Martínez painted a fresco of Lord Jesus crowned with thorns on the wall of Santuario de Misericordia church in Borja. It had deteriorated over the years when, in 2012, Cecilia Giménez, an amateur artist, went out on a limb to restore the fresco. The restored fresco became an Internet sensation, and was called Ecce Mono (Behold the Monkey), in reference to a BBC correspondent Christian Fraser’s likening it to a sketch of a hairy monkey in a loose-fitting tunic.